Brown Bag Sandwiches doesn't do plates. As I watched my sandwich being wrapped up in foil and then placed in the ubiquitous (brown) bag, I wondered if I had told them it was for takeout because I planned on eating in...but then I remembered where I was, and the name of the place. 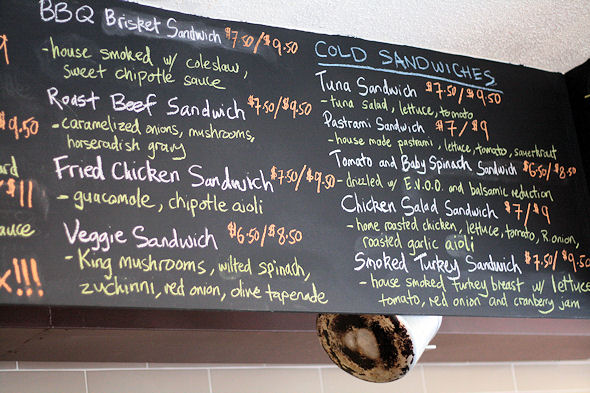 Owners Peter and Matt opened up their restaurant just over a week ago in a neighbourhood that was in need of a decent sandwich shop, and they have received a warm welcome thus far. On the menu is a thoughtful selection of both hot and cold sandwiches, some involving hearty meat like pork belly, duck and brisket (can't find those at Subway) in small and large sizes. 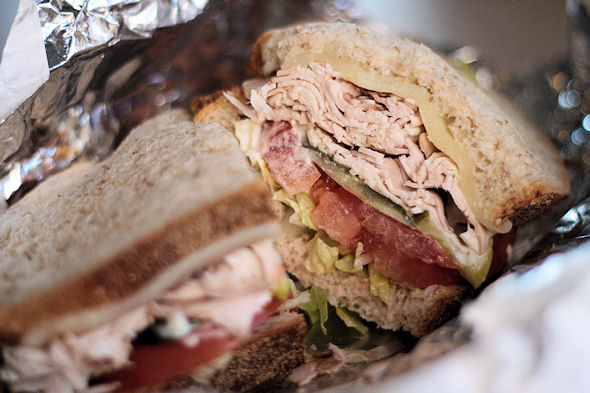 I was feeling pretty hungry so I went with a large Smoked Turkey on whole wheat bread that was loaded down with house brined and smoked meat, romaine lettuce, tomatoes and cranberry jam ($9.50). Customers can choose to eat their sandwich as designed or add more toppings (just like at the aforementioned Subway). I requested pickles (free of charge) and then just for fun added mozzarella (because I can't say no to cheese) for an extra 75 cents. Other toppings that will set you back another 50 or 75 cents include caramelized onions, or house-smoked bacon.

When it comes down to it, the sandwiches on the menu are designed according to Peter and Matt's vision but nothing is written in stone. Typically served cold, I asked for my turkey to come on toasted bread and for my cheese to be a little bit on the melted side. I was happy with my decisions as they resulted in a tasty creation. 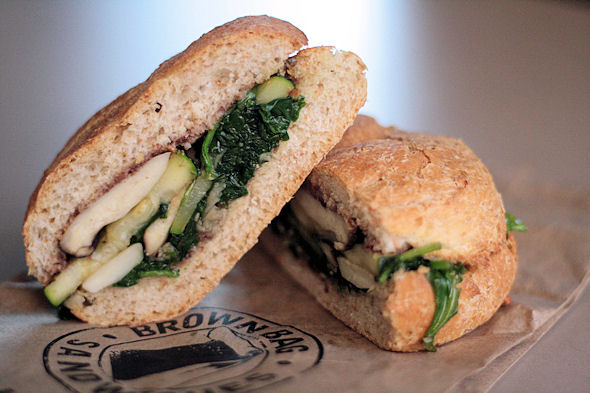 My friend opted for a small Veggie served hot ($6.50) that came on a whole wheat bun, filled with king mushrooms, zucchini, and red onions. The best part of this sandwich however, and the predominant flavour was the black olive tapenade the veggies rested on.

If we had any complaint at all it would be that the bread could have been fresher. As mentioned before I have a bit of a cheese problem, so it only makes sense I have a bread addiction as well, and bread can make or break a sandwich. Although this bread, toasted as it was, didn't break my sandwich, it didn't enrich it either. 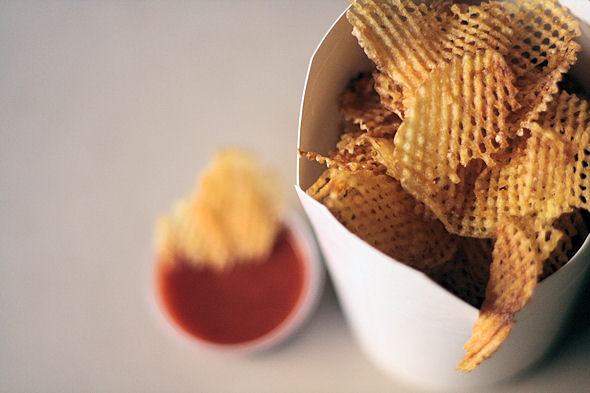 Being the nice guy that he is, Peter tossed in a complimentary box (yes box... not everything comes in a bag) of their homemade chips ($3/$5). Crispy and light, they paired well with ketchup but at this point I was already full from my giant sammie to fully enjoy them, and to be honest I'm more of a fry person if you want to talk about the different lives of potatoes. 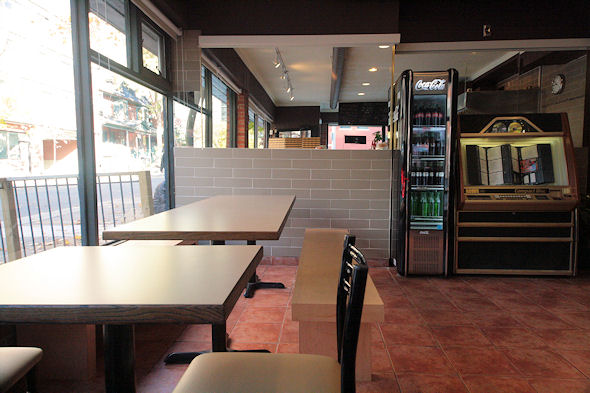 The ambience is pretty much non-existent (although they do have a sweet jukebox) but that's typical of a place that deals mostly in takeout.

So one question remains... Paper or plastic? Oh, wait... 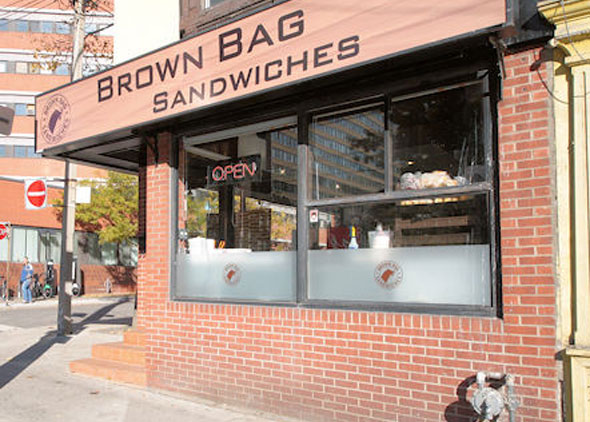