Brothers is a nice restaurant that sits directly atop Bay subway station. They serve aggressively simple dishes, just tasty things on a plate with no real guidelines other than trying to source as much as possible from Ontario and having a loose Mediterranean influence.

The interior is very narrow, and you can feel the rumbling of the subway beneath as it passes, which can be either romantic or a little alarming depending on your mood. 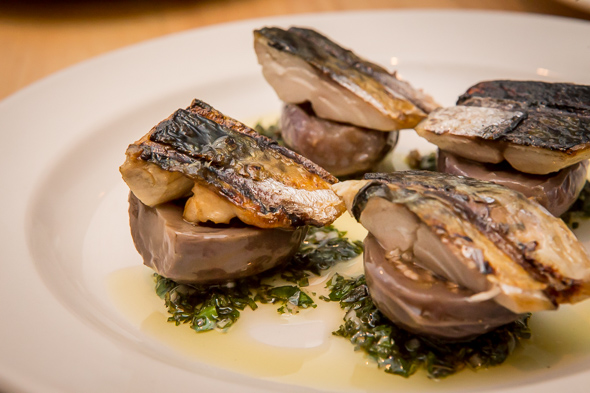 You can see the Mediterranean influence in the mackerel with pickled eggplant and mint ($13). Mackerel and eggplant is a classic Greek combo paired often. They go together well because the pickled eggplant cuts through the fatty mackerel. 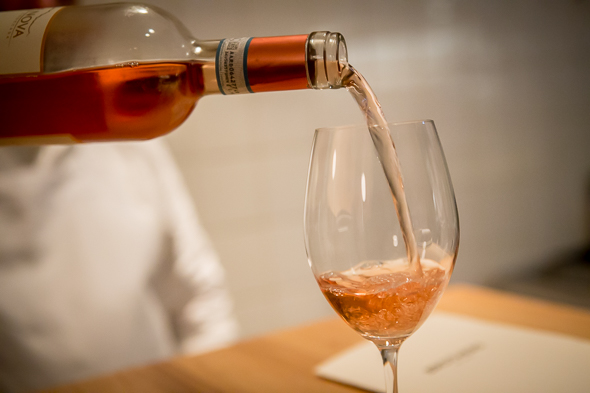 To go along with everything they have a list of wines curated by Stebbings. A rosato from Italy made with the Nebbiolo grape is poured. Wines are relatively affordable at about $10 - $18, and there's an emphasis on biodynamic and natural producers. 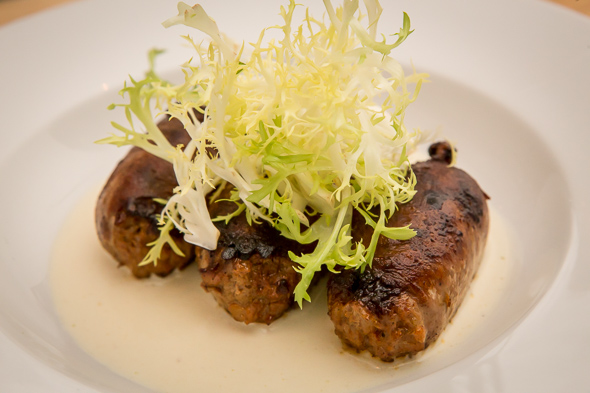 We sip on this and a dry German Riesling ($13.50/glass) that's fruity, tart and dry, flowery without being too sweet, and order some Hungarian sausages ($21). The sausage with Ontario-grown Hungarian hot peppers is not too hot, not too fatty, and frisee on top lends a crunch. The sauce is zesty but creamy, thin enough to soak into the meat. 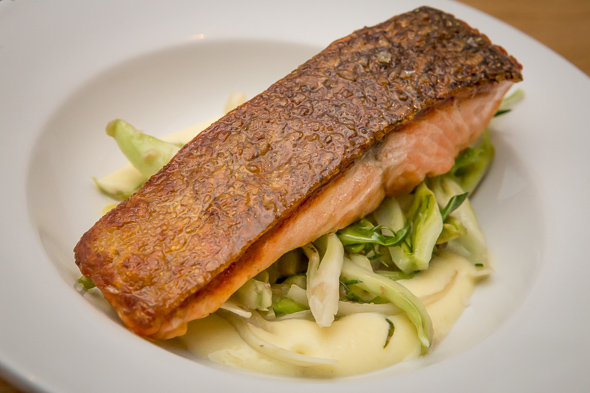 The steelhead trout ($27) is a winner, the meaty flesh perfectly cooked and pink throughout. The crust on the skin is slightly salty and wonderfully crunchy, the flesh and skin falling apart and melding together on your fork. The chicory is cooked to a firm texture, and the thicker egg and lemon sauce creates a nice binding base, a play on an old school fish stock with the lemon flavour. 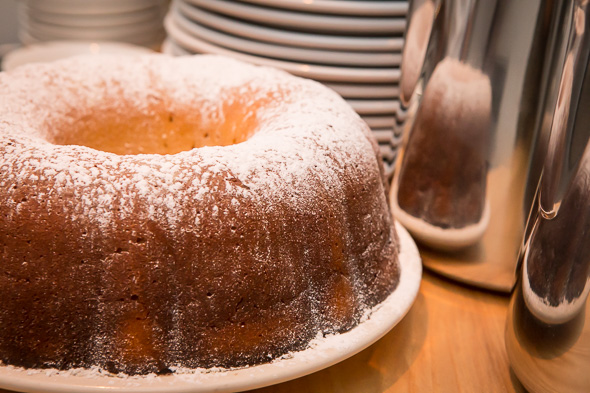 The menu changes often here though they have the classic restaurant touchstones of a fish and a protein like lamb always. For dessert tonight there's a pretty citrus yogurt semolina cake resting at the pass waiting to be served up with sea buckthorn berries and fresh cream at $9 a slice. 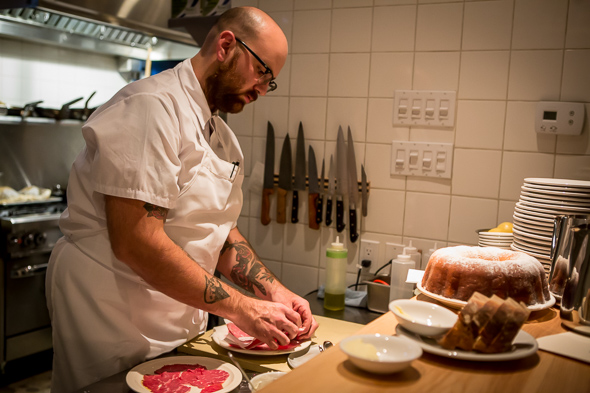 The owners of Brothers are Chris White and chef Jonathan Nicolau who met when they worked at Terroni together as kids. Nicolaou went on to work at prestigious St. John in London while White worked at Dandylion for a while. Sommelier Courtney Stabbings comes from Lyle's , also in London. 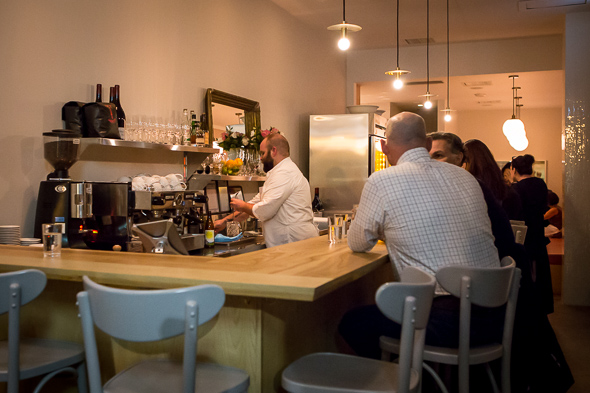 Brothers is three quarters bar seating, which they like the energy of. There are some family style tables at the back where you can see over the pass directly into the kitchen in an inviting, open way. They also do coffee in the mornings starting at 8 and ending at 11, when regular service begins. 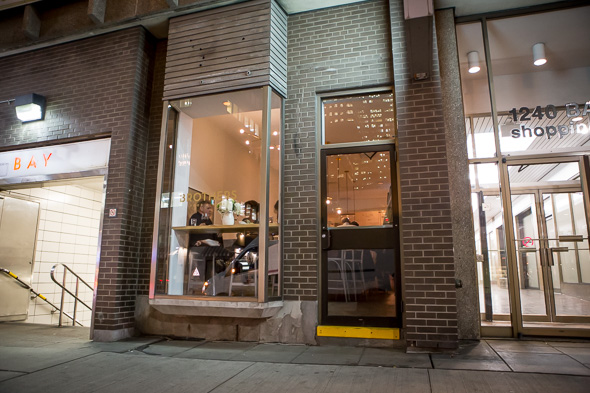