Boralia on Ossington is a novel 45-seat restaurant devoted to revitalizing and modernizing the historic cuisines of native, early settlers and subsequent waves of immigrants to Canada.

Run by husband and wife team Evelyn Wu and chef Wayne Morris, the restaurant melds influences from across eras and updates heritage recipes with modern techniques. 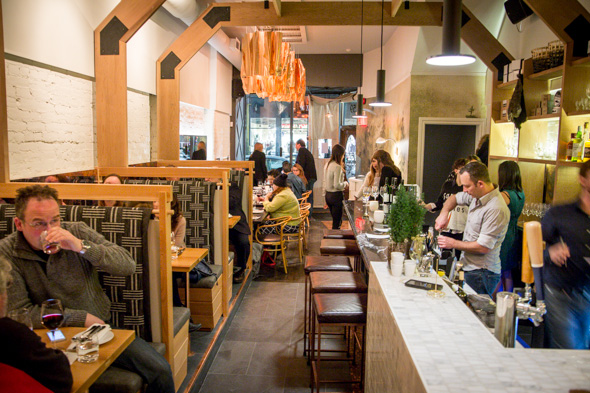 The concept is thoughtfully carried through the interior designed by Qanuk , but thankfully you won't find yourself dining in Pioneer Village.

The setting is inviting and comfortable, and features contemporary details like cascading copper light fixtures that shimmer like the aurora borealis, wood beamwork referencing long-house construction, and tapestries that map out wildlife migration patterns. 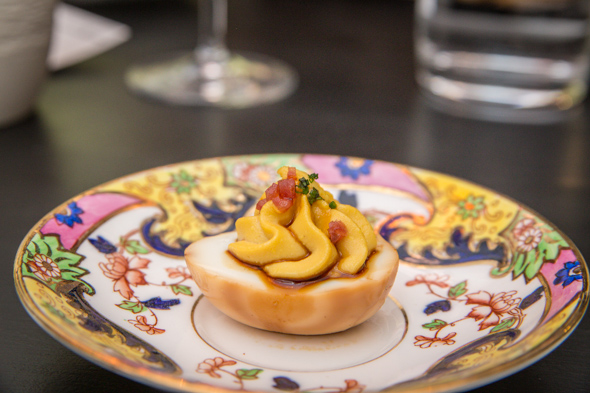 The menu opens with fun, familiar snacks like devilled eggs a with five spice, tea and soy marinade ($7), and panko-crusted arancini flavoured with mushroom and Chinese sausage that are billed as chop suey croquettes ($6). 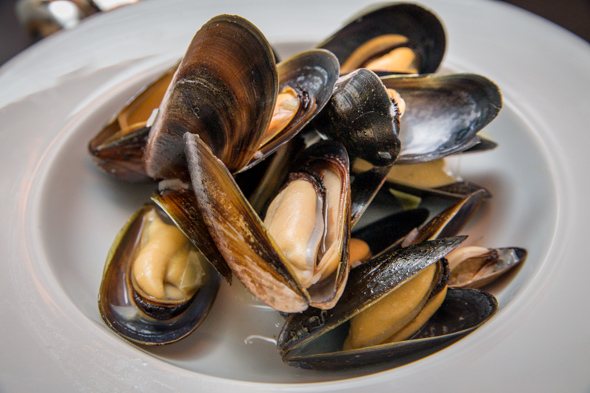 Then there's a reimagined and refined interpretation of L'ĂŠclade ($15), plump mussels infused with a thick fog of pine needle smoke that's presented to the table under a cloche.

Crusty house-baked red-fife bread ($3) and cultured butter on the side pair nicely to give the dish extra substance, but while the mollusks pleasantly resonate with the flavour of smoke, there's not a drop of sauce to sop up. 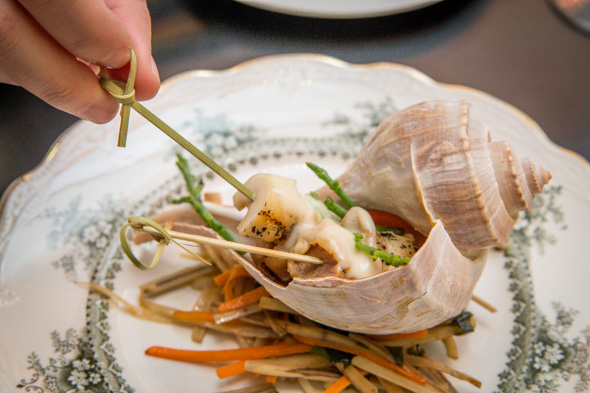 Delving into the arcana of native ingredients, there are dishes like braised whelk ($14), sea snails dressed in kombu beurre blanc over seaweed, carrot and burdock slaw.

While rare on Toronto menus, these briny, clam-like delicacies are prevalent at pubs across Europe and Asia, though here, they're presented as precious two-bite skewers. 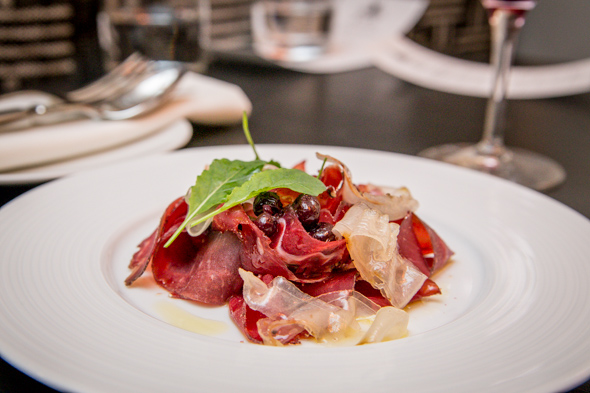 Bison " Pemmican " Bresaola ($15) is a dish rooted in the jerky-like meat rations introduced by Cree to early explorers. Traditionally a coarsely pounded powder of dried meat and melted fat, here it's revamped into an unctuous cured meat, thinly shaved and served with lardo and juniper wild blueberry vinaigrette.

By the time the dish is finished, my tongue is coated in fat, and earthy notes of juniper are all that linger.

The ultra-rich pigeon pie ($20) sees dark squab meat and root vegetables encased in a flaky lard and butter crust accompanied by roasted squab breast and buttery parsnips. The portion might look petite, but my, how hearty this dish proves to be. 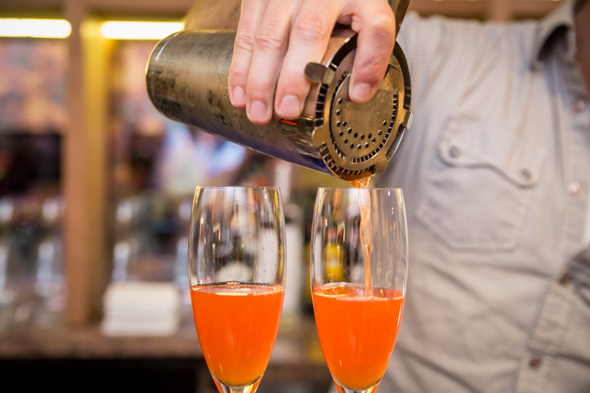 Signature cocktails in the leather-bound bar menu include a raspberry cider shrub spritz ($12) with Aperol and Prosecco, while the list of beers and ciders features Bellwoods Grizzly Beer ($12) and large format Eric Bordelet Pear Cider ($48).

You'll find the friendly waitstaff enamoured with the opening menu and willing to delve into the history and finer points of each dish. It's a journey into the past worth taking. 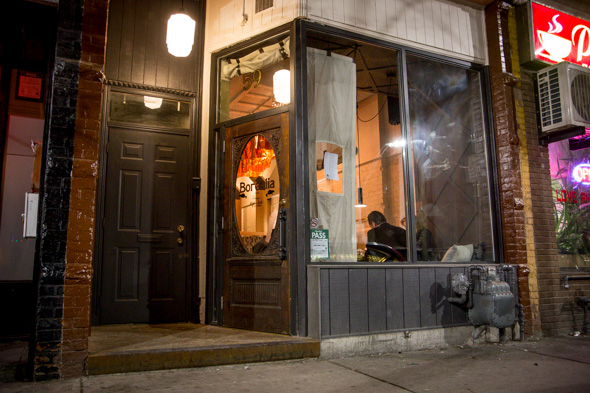