Specializing in totally customizable orders, this restaurant lets you choose every single ingredient that goes in your bowl.  With more than 130 options, you can turn every meal into a unique masterpiece. 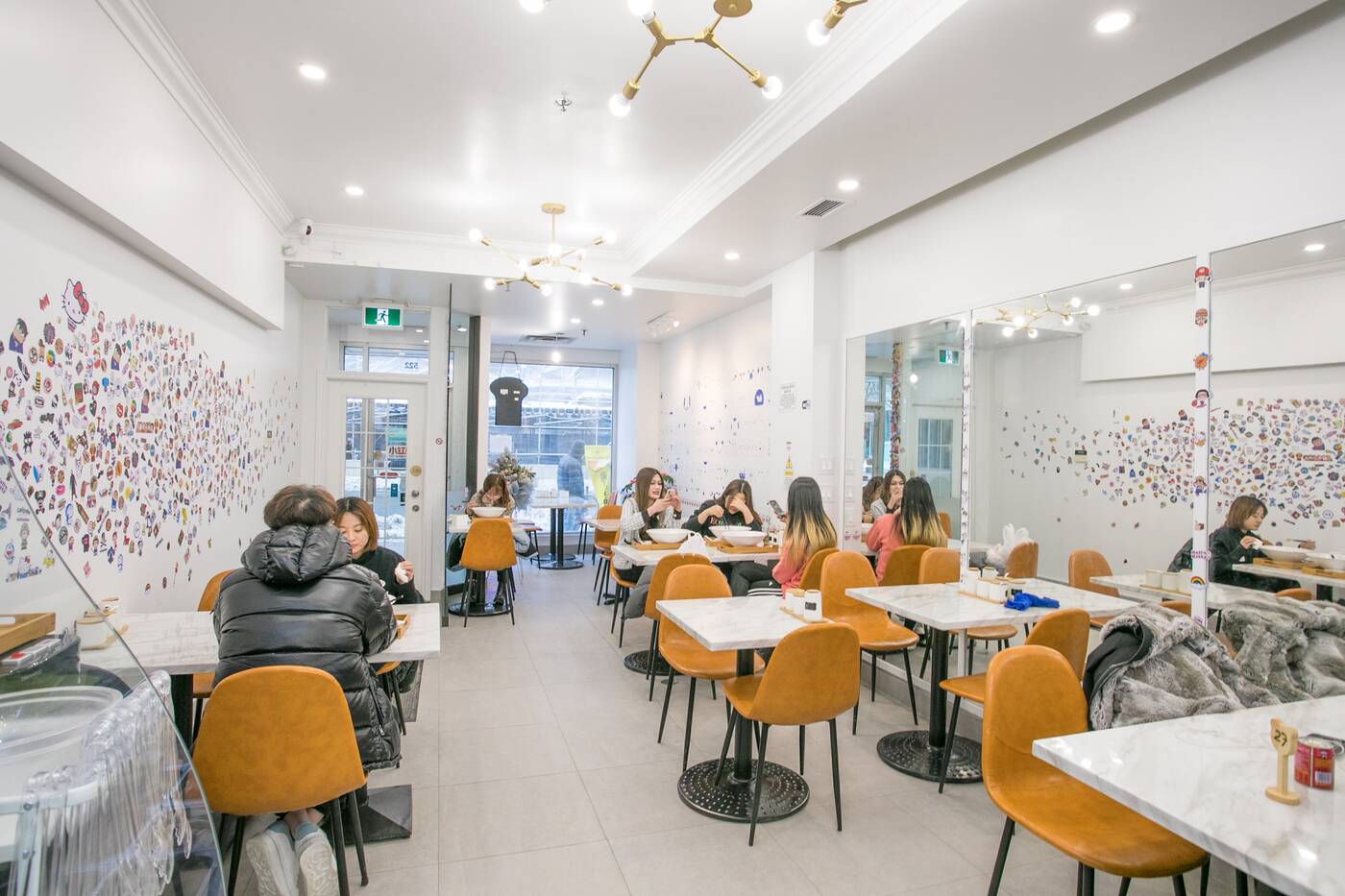 This downtown location is the second outpost of the brand, which opened its first store by Yonge and Finch. 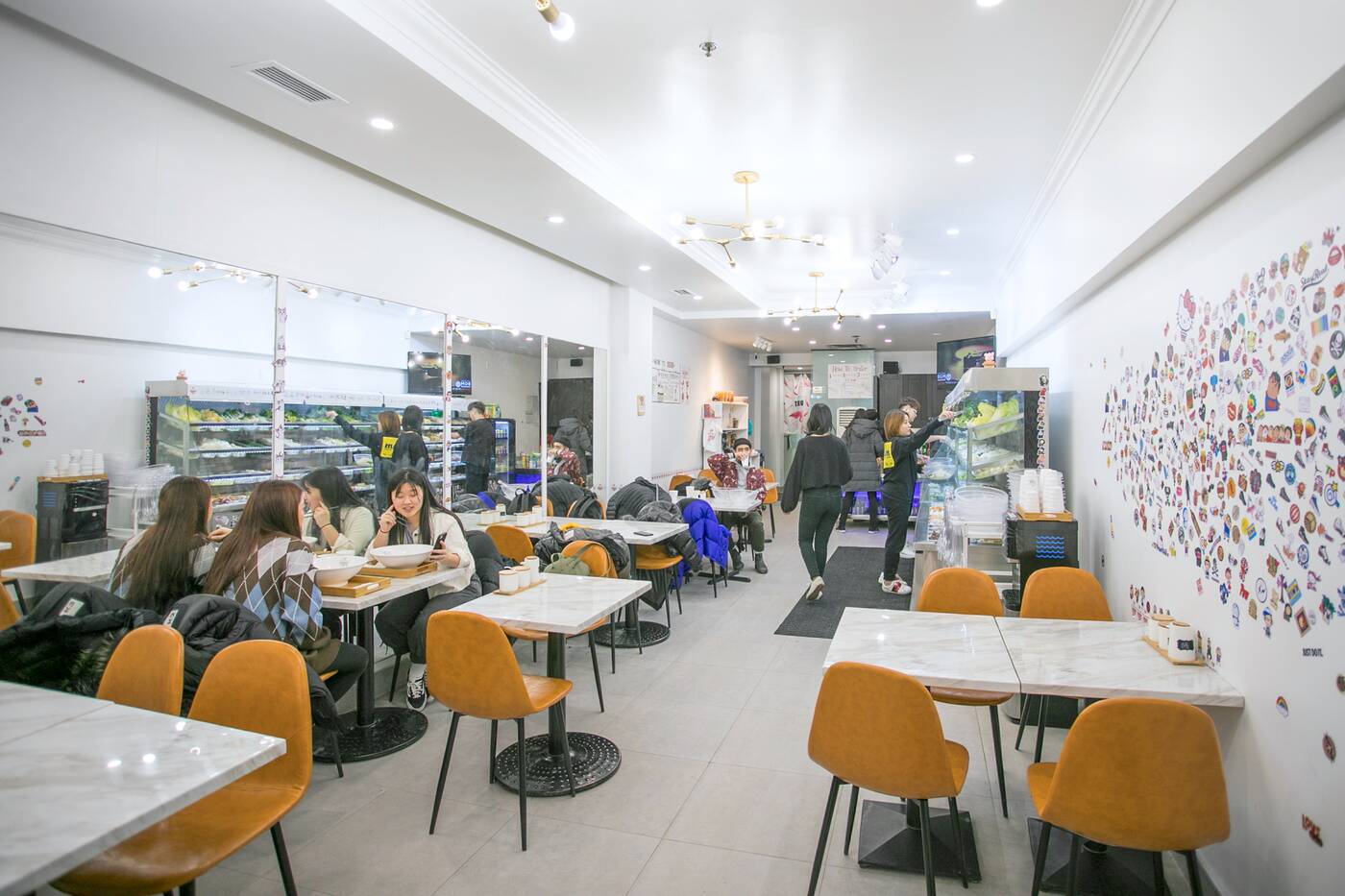 It's super cozy, with certain areas totally sticker bombed, and a wall with hand-drawn illustrations by the owner's niece. 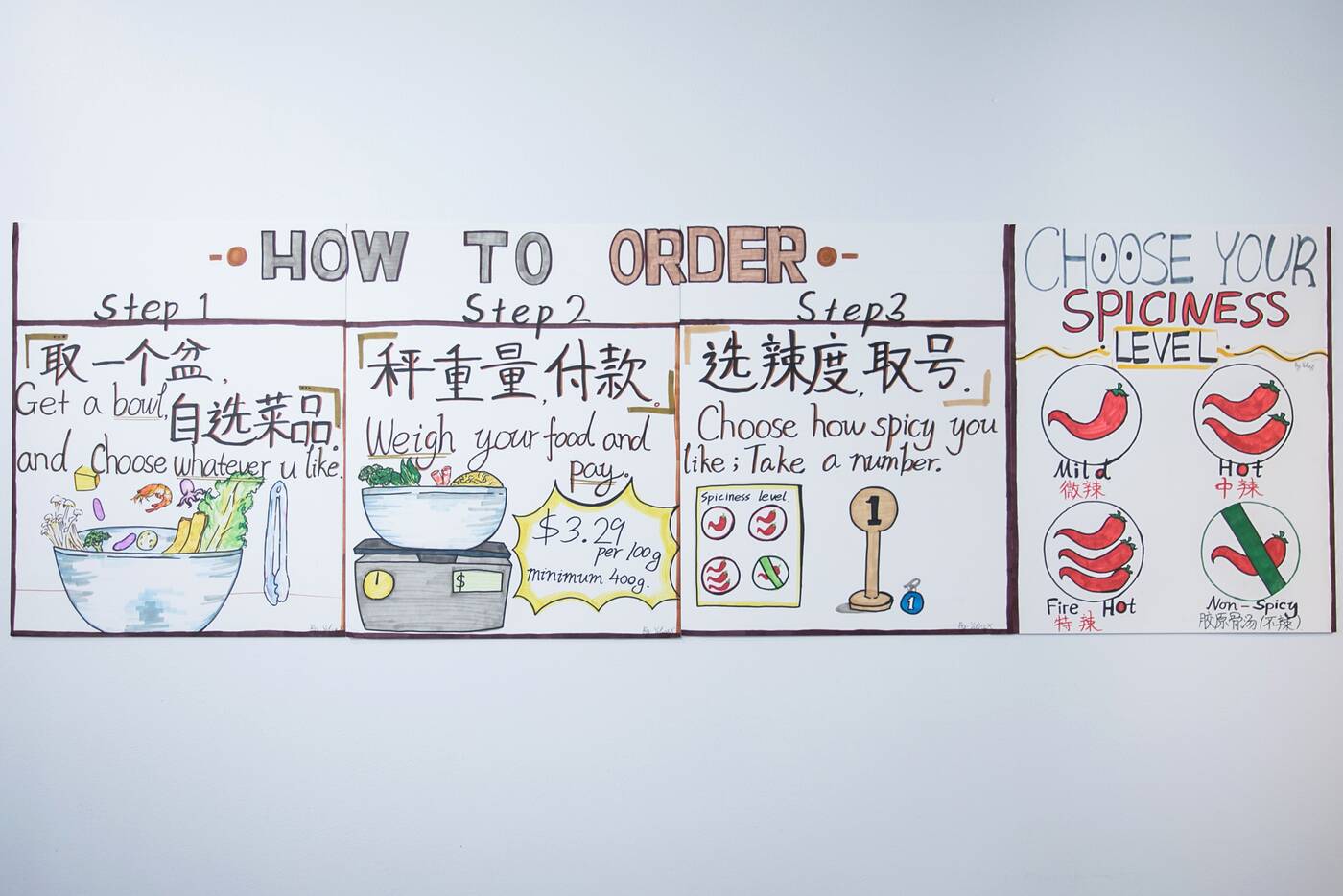 There's no menu at Bone Soup Malatang, since ordering is simple. 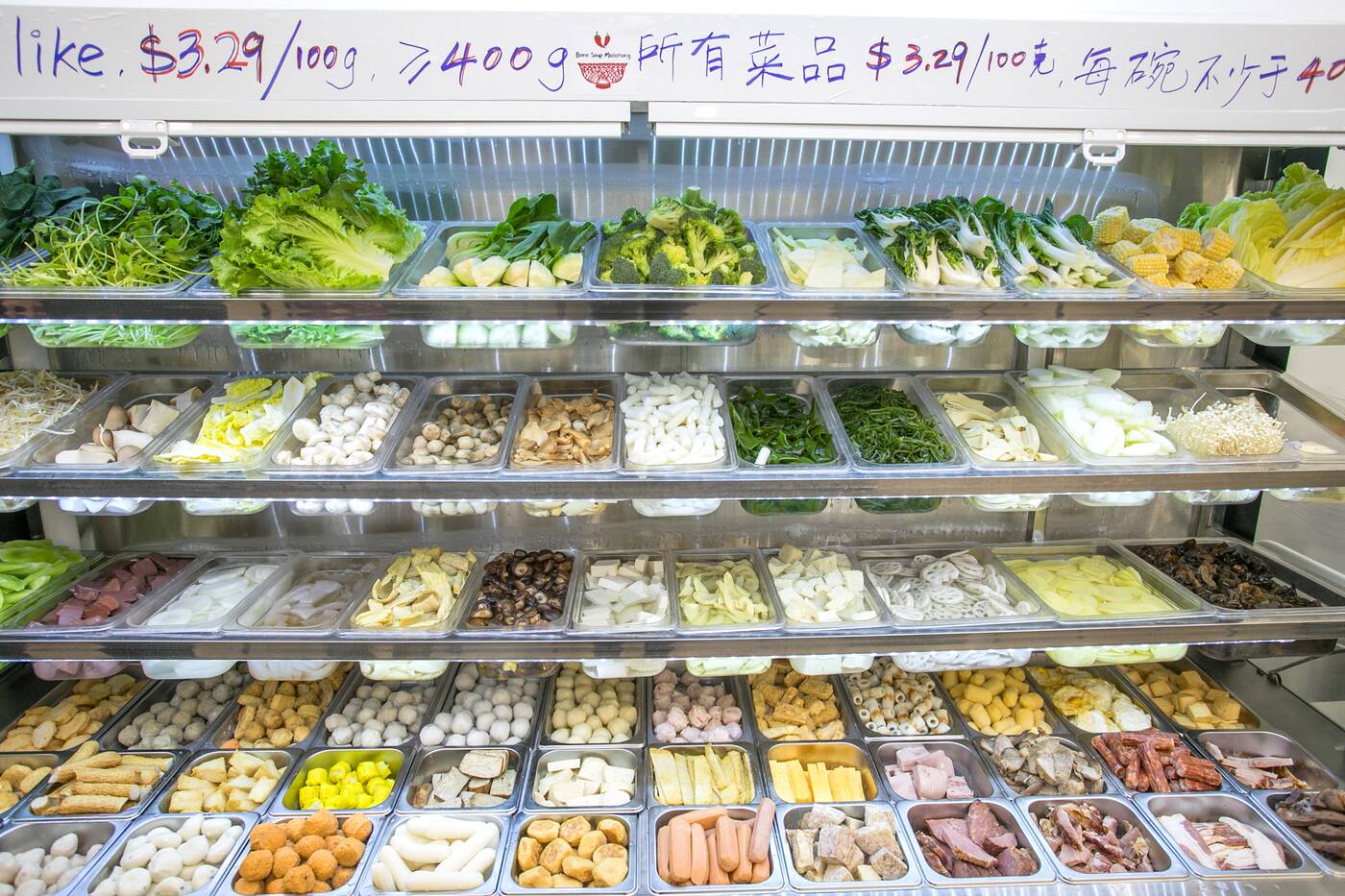 All soup bases are the same: a flavourful beef bone and pork bone broth that simmers all day. The only thing you can customize here is the spice level. 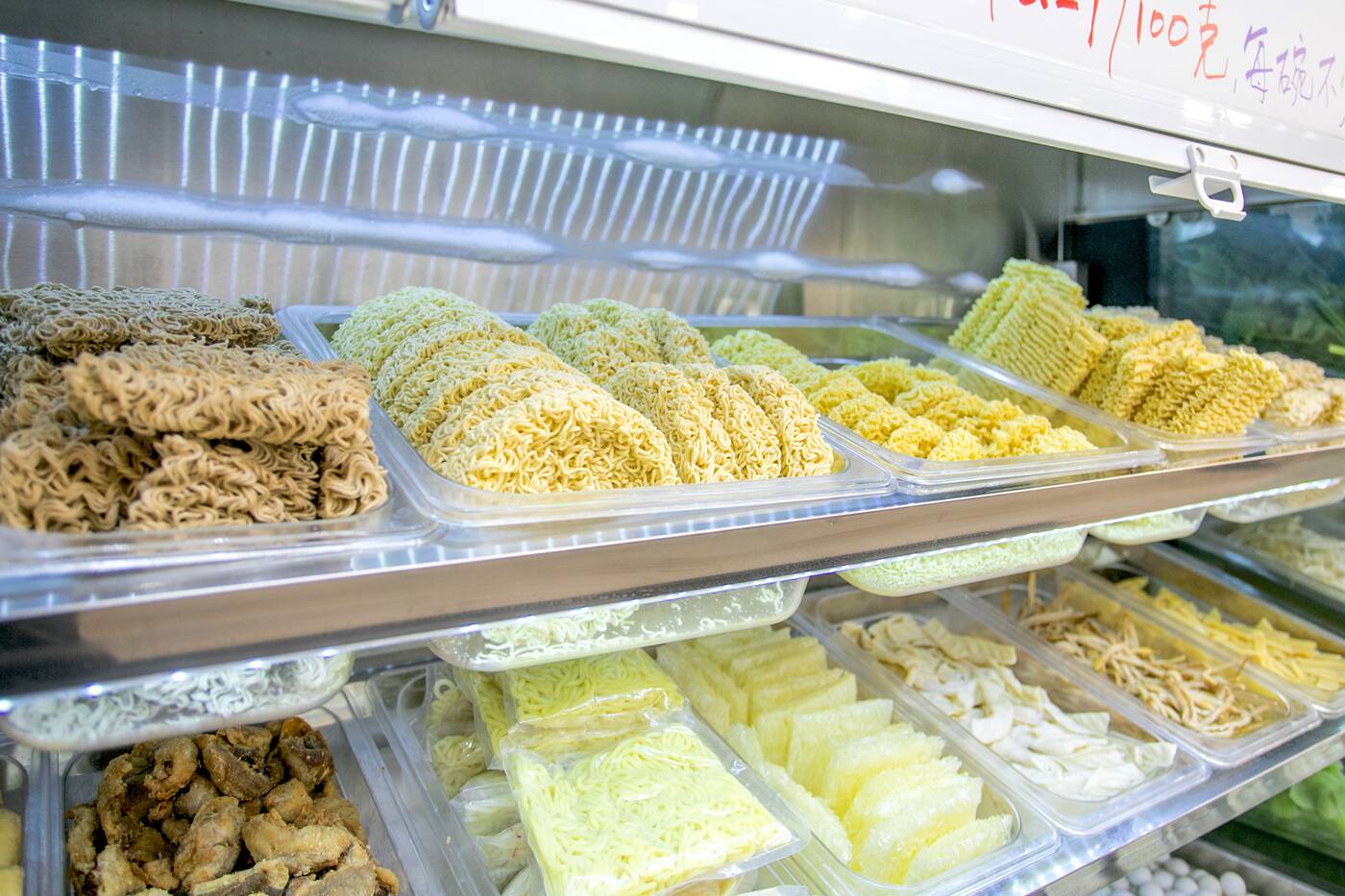 The real fun is heading to the fridges, where—armed with a giant bowl and a pair of tongs—you can peruse a vast selection of ingredients waiting to be cooked. 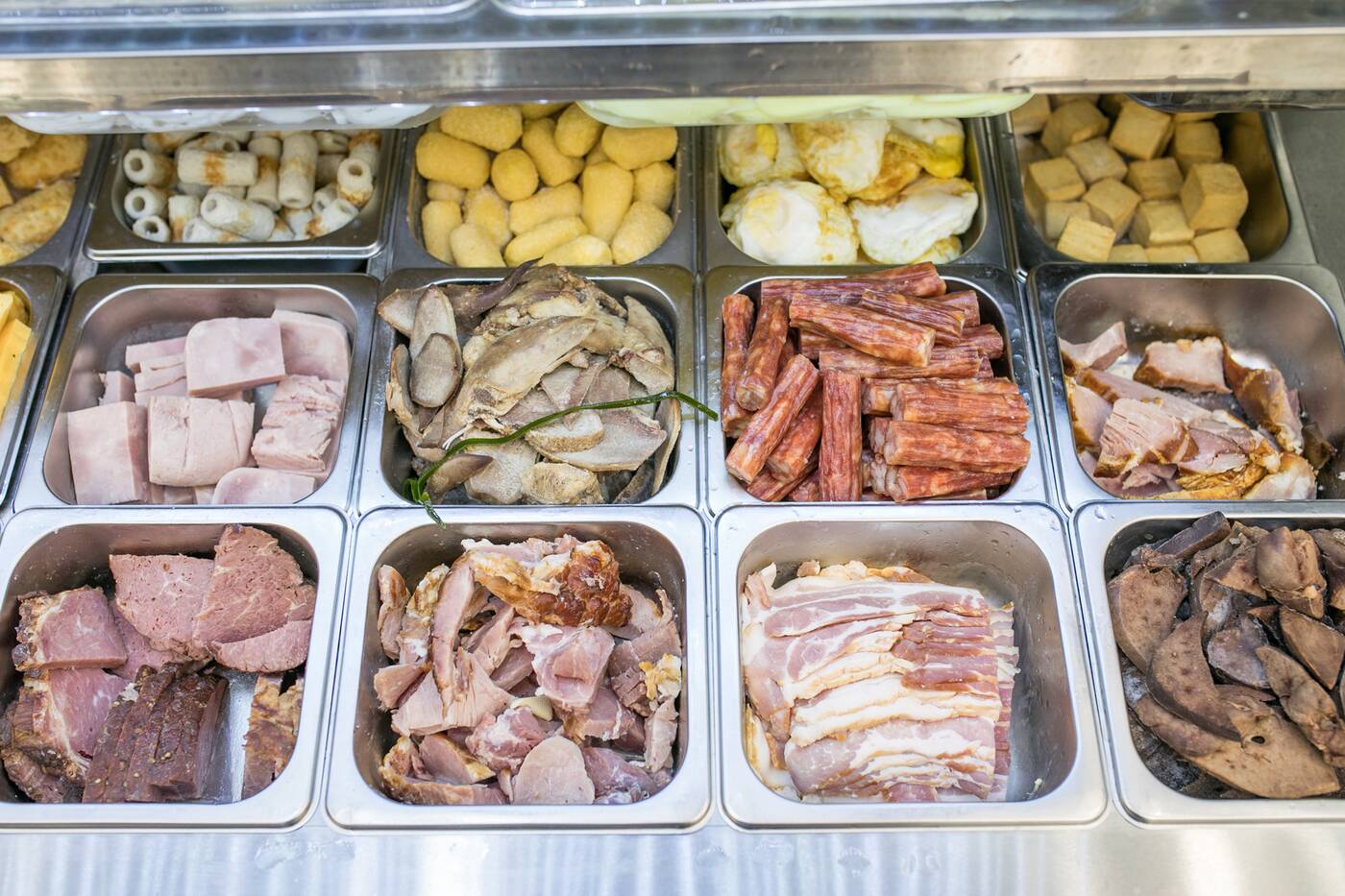 The variety and number of options are mindblowing. I've never seen so many different types of noodles, fish cakes, veggies, and meats offered anywhere. 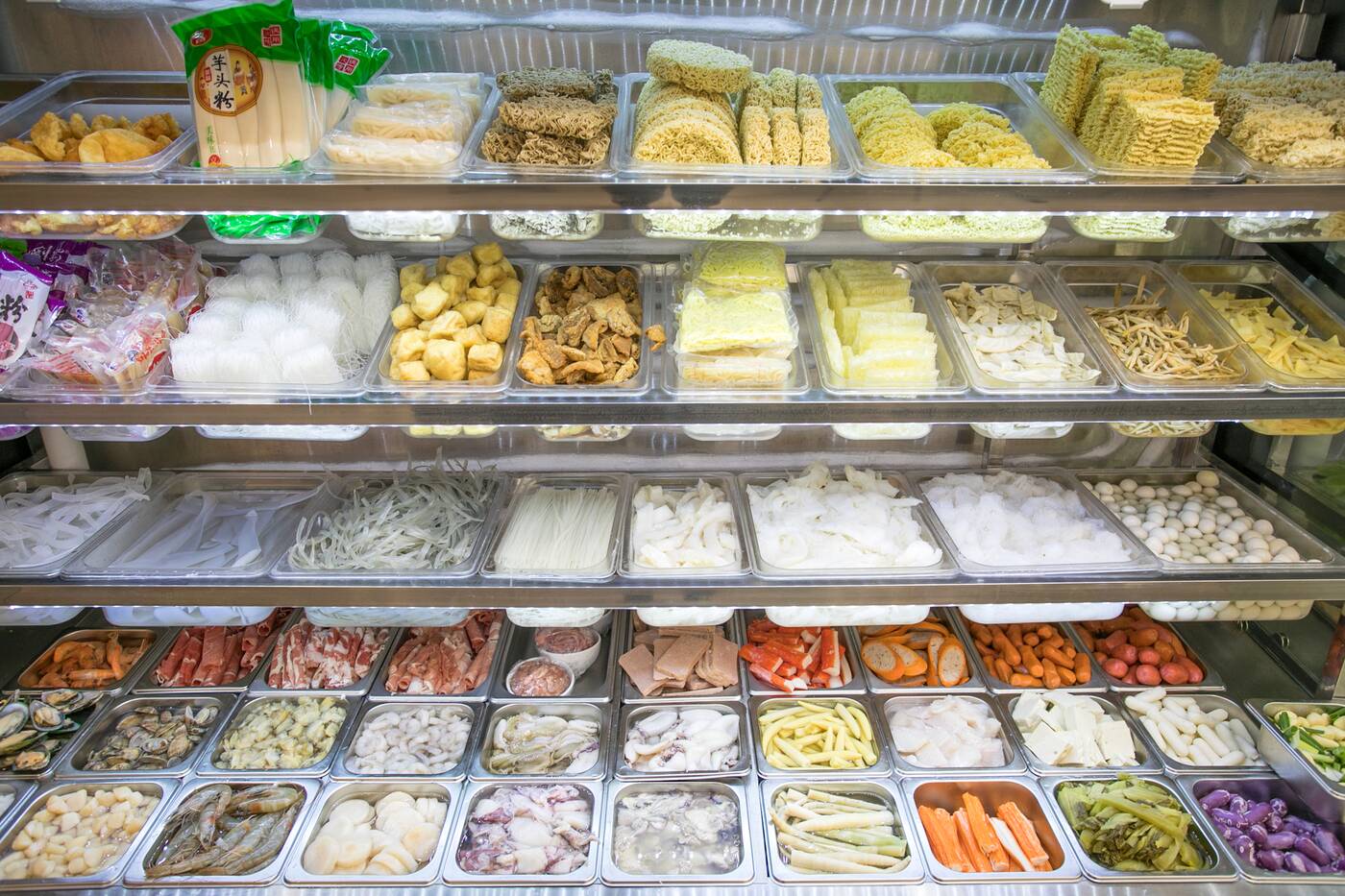 Sourced from around the world, you'll find everything from Filipino longanisa sausages to Korean rice cakes filled with cheese, tofu from Taiwan, and even Canadian bacon, and smoked meat from Montreal. 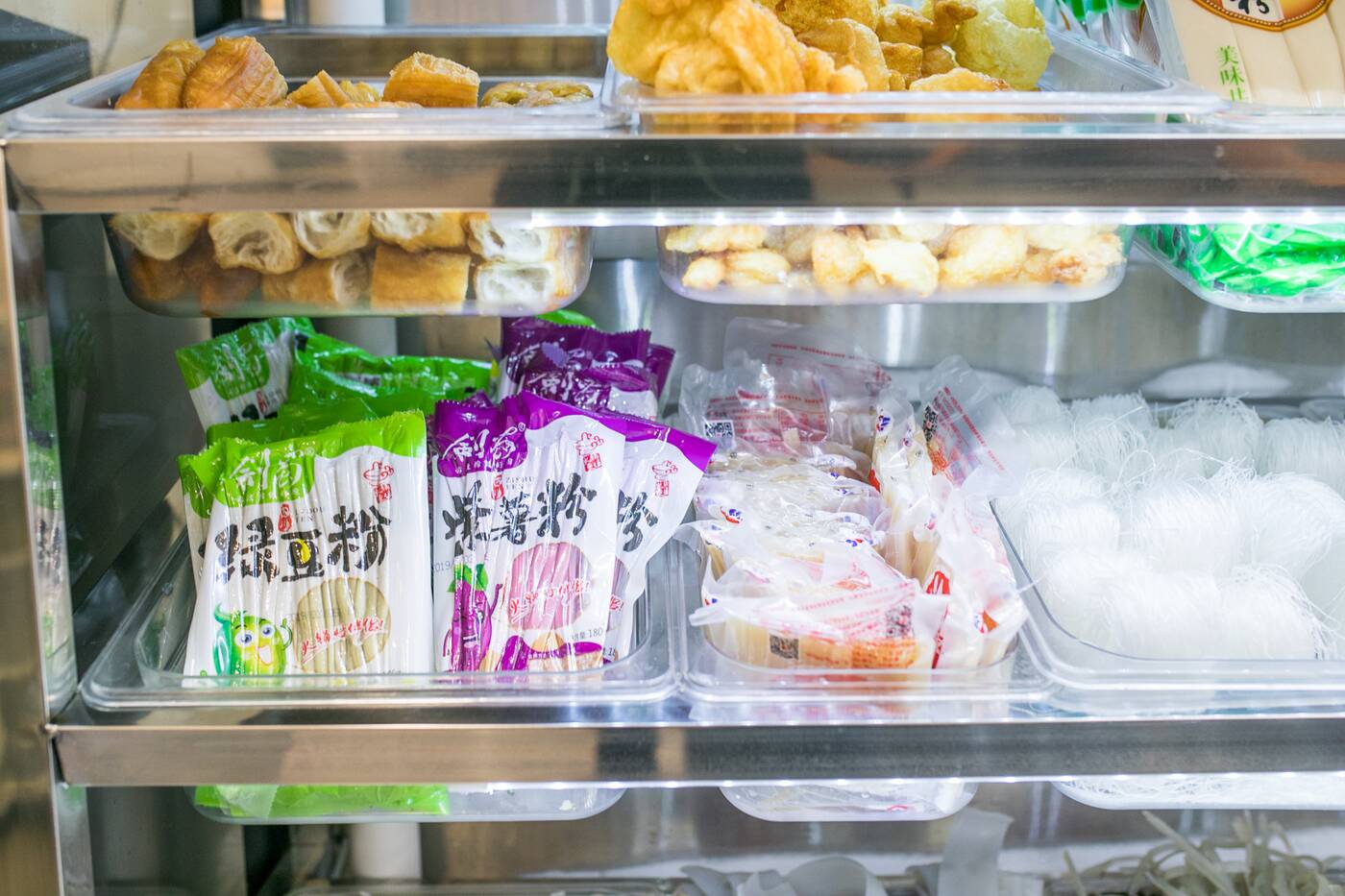 It feels sort of like some DIY stations at hot pot restaurants, except this isn't AYCE. 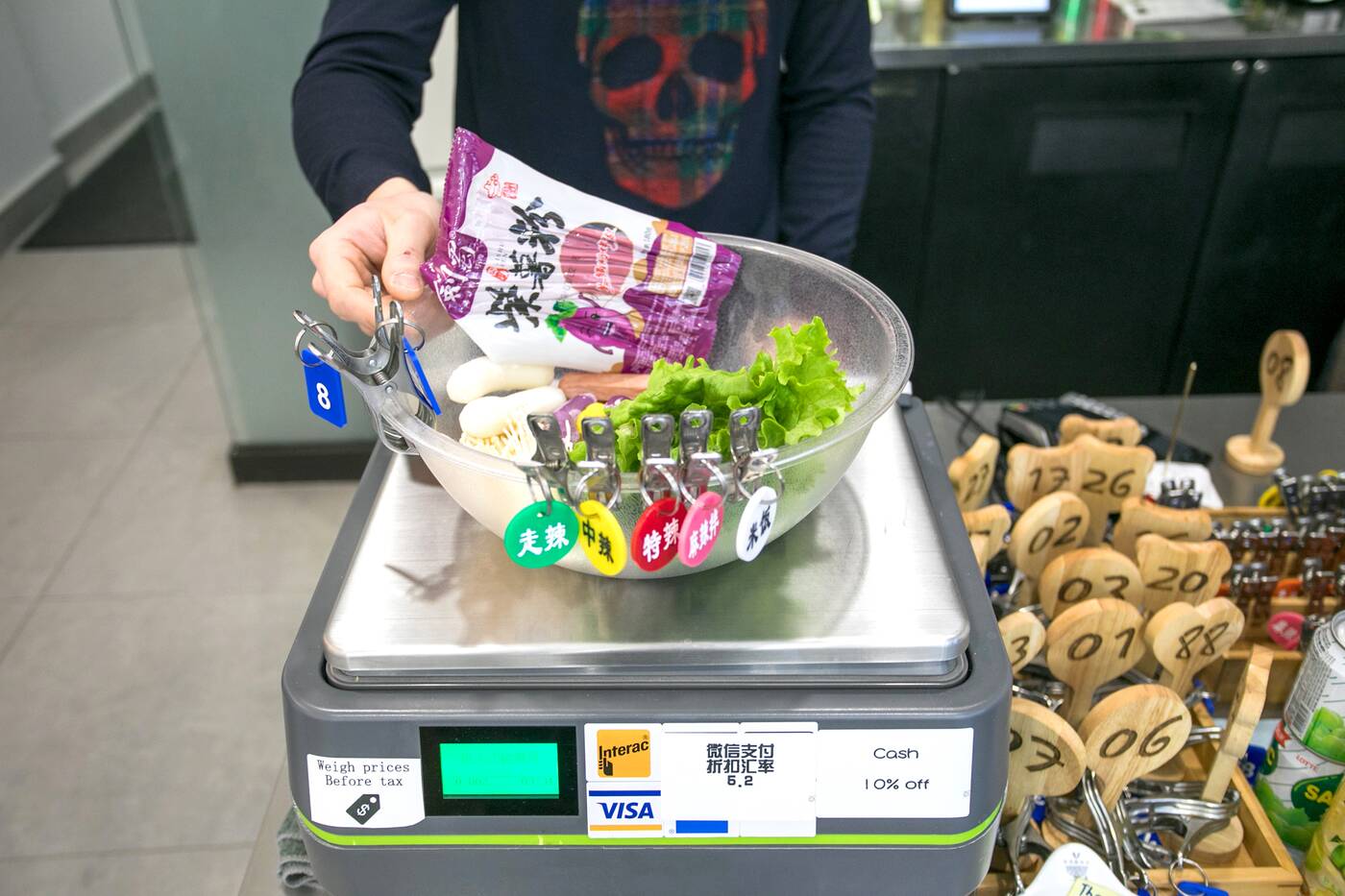 When you're done filling up your bowl, head to the counter to have your order weighed. It's simple: $3.29 for every 100 grams: a deal, especially if you take advantage of the seafood options which run the gamut from shrimp to scallops. 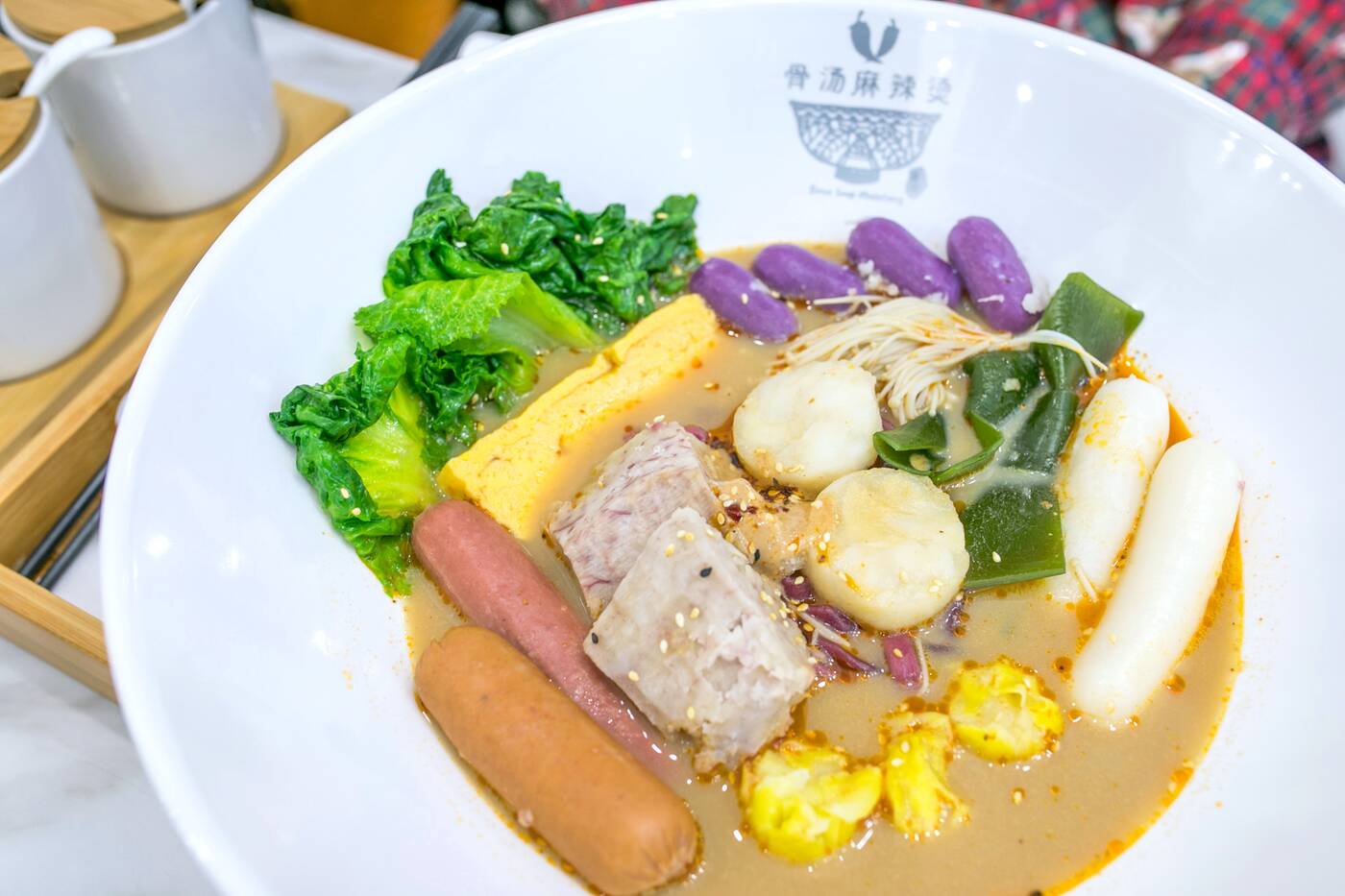 Staff then take your order to the back to cook in your soup, and in a few minutes, it all comes back to you, ready to eat. 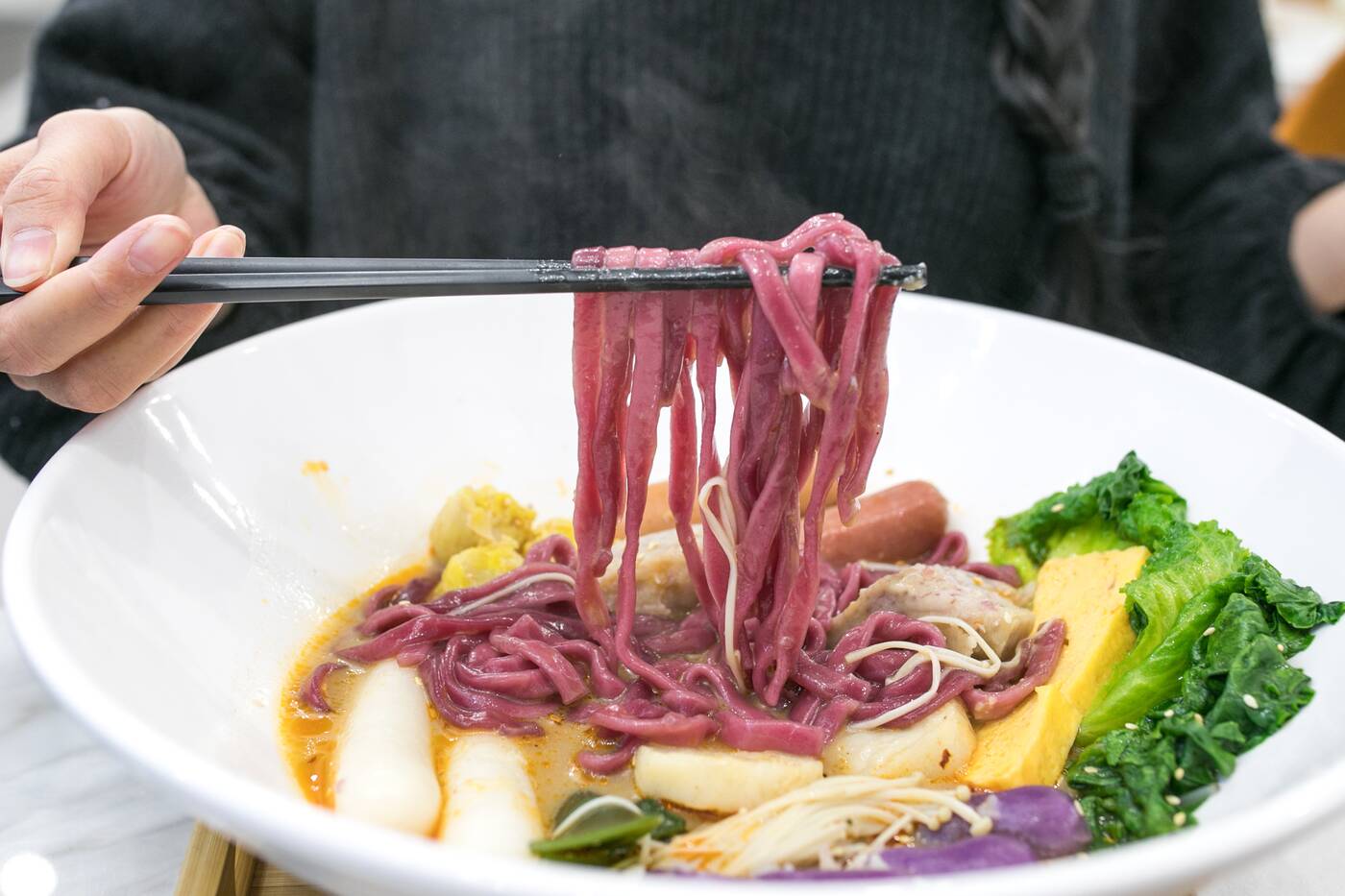 The whole process is, for some reason, incredibly rewarding. 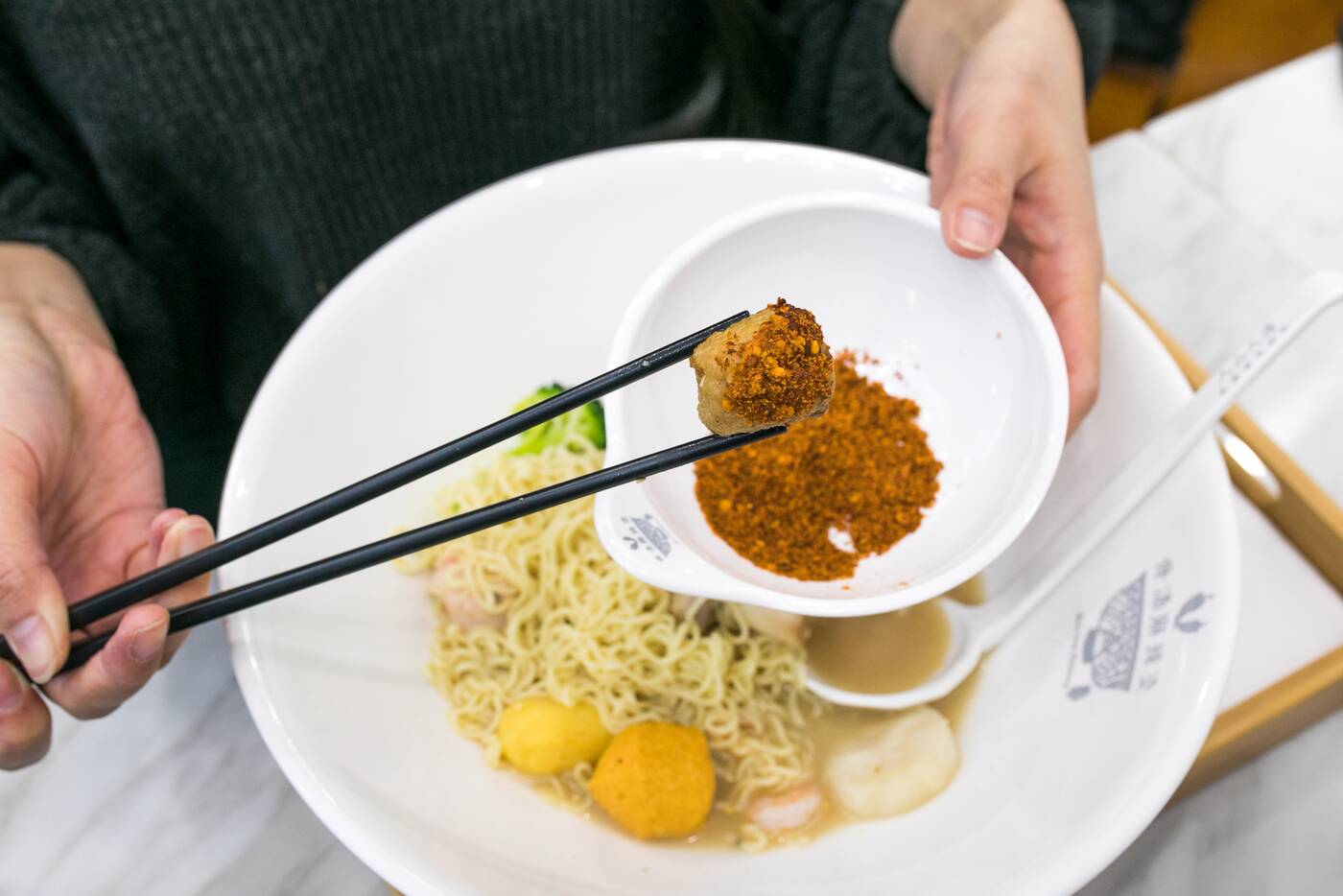 It's hard to tell exactly how much you'll be spending since it's hard to eyeball how much a fish cake weighs, but it should be noted that all three bowls we ordered went upwards of $16. 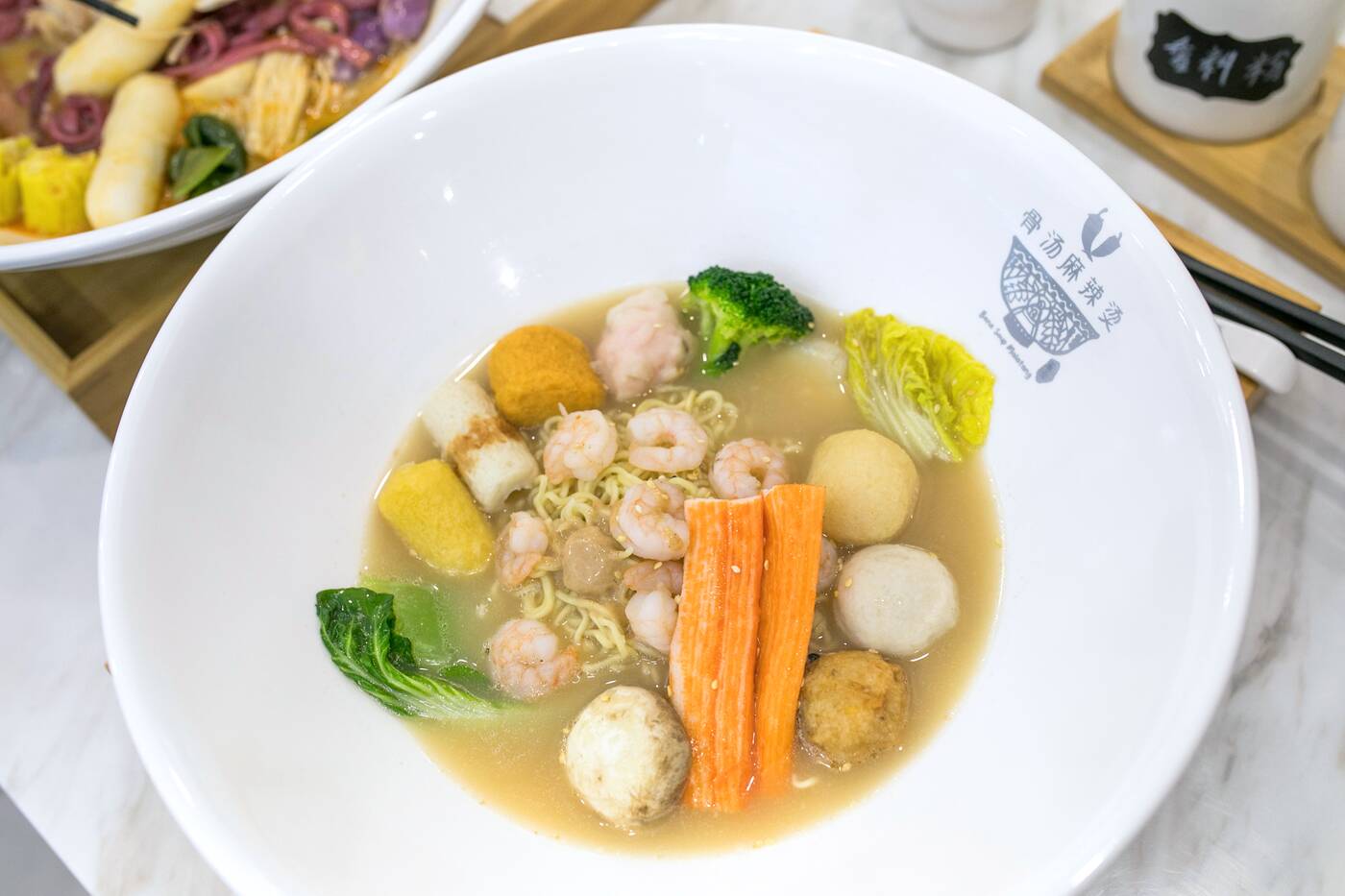 There's also a minimum of 400 grams, meaning the least you can spend here is $15. 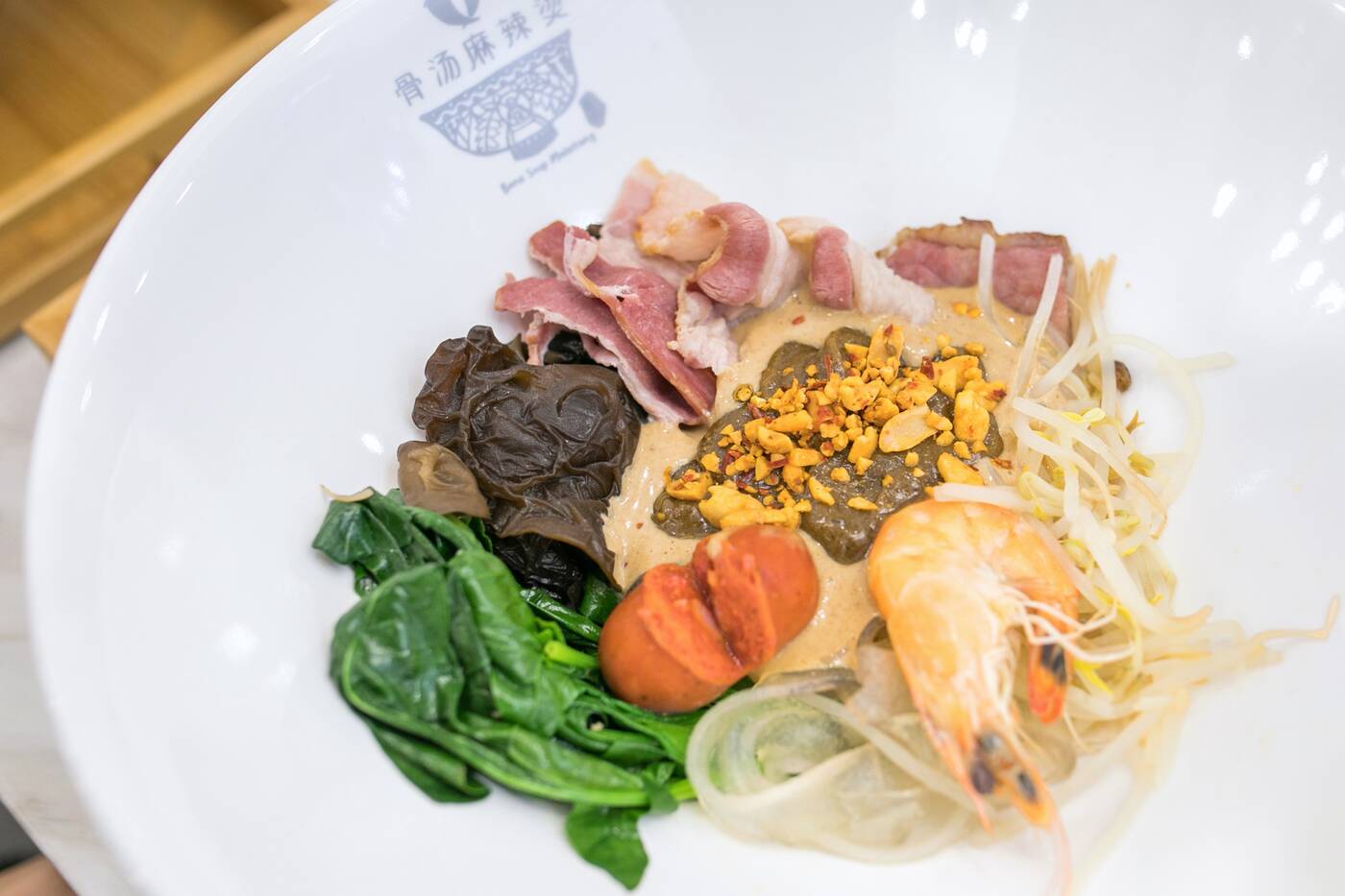 And if you're actually not in the mood for soup, there's an off-menu option called the Malabang, where all your ingredients are dry-cooked. 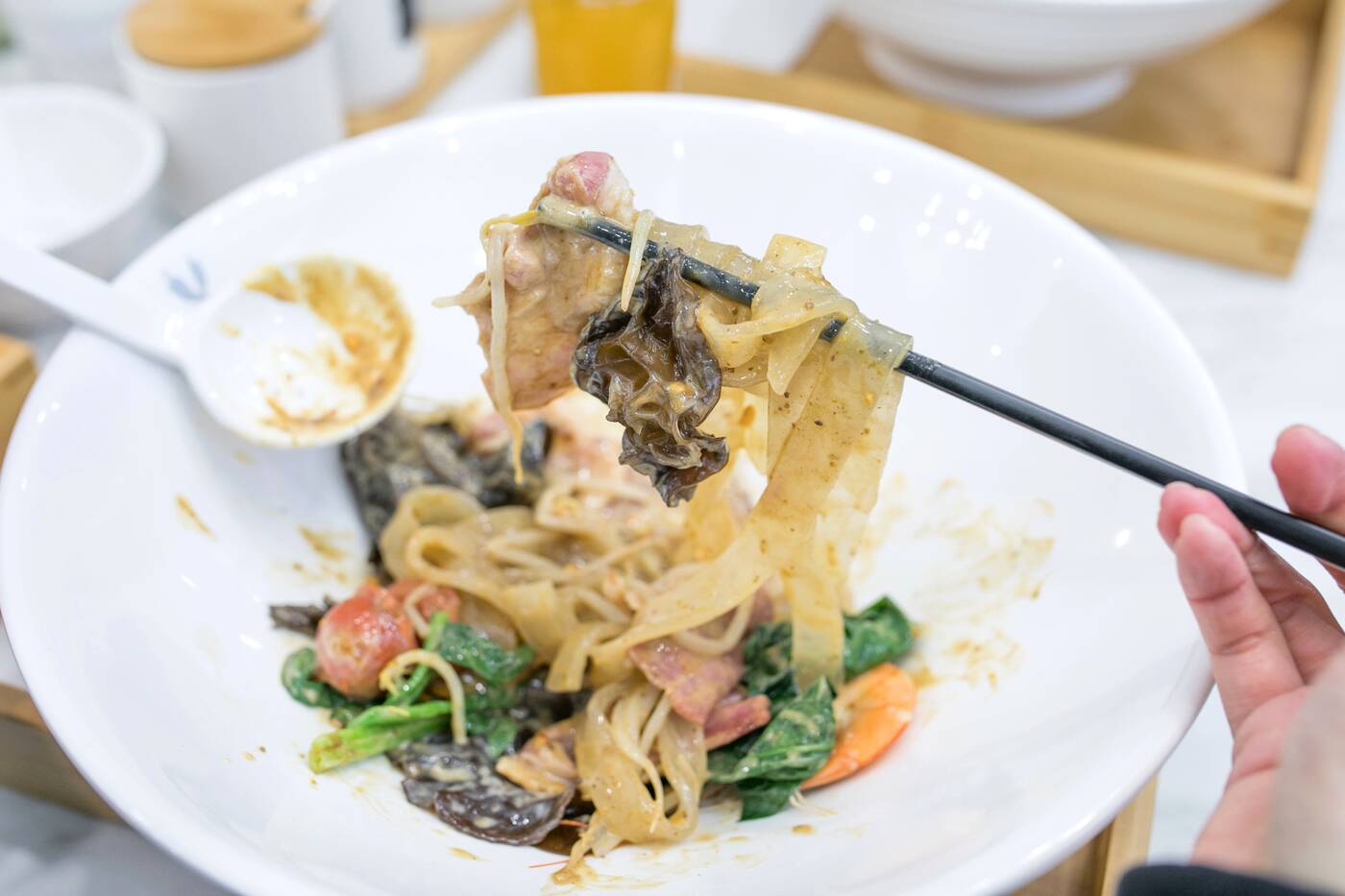 The broth is delicious, but this style of cooking (with more than 20 types of spices, some peanut sauce, and sesame oil) might actually be my favourite. 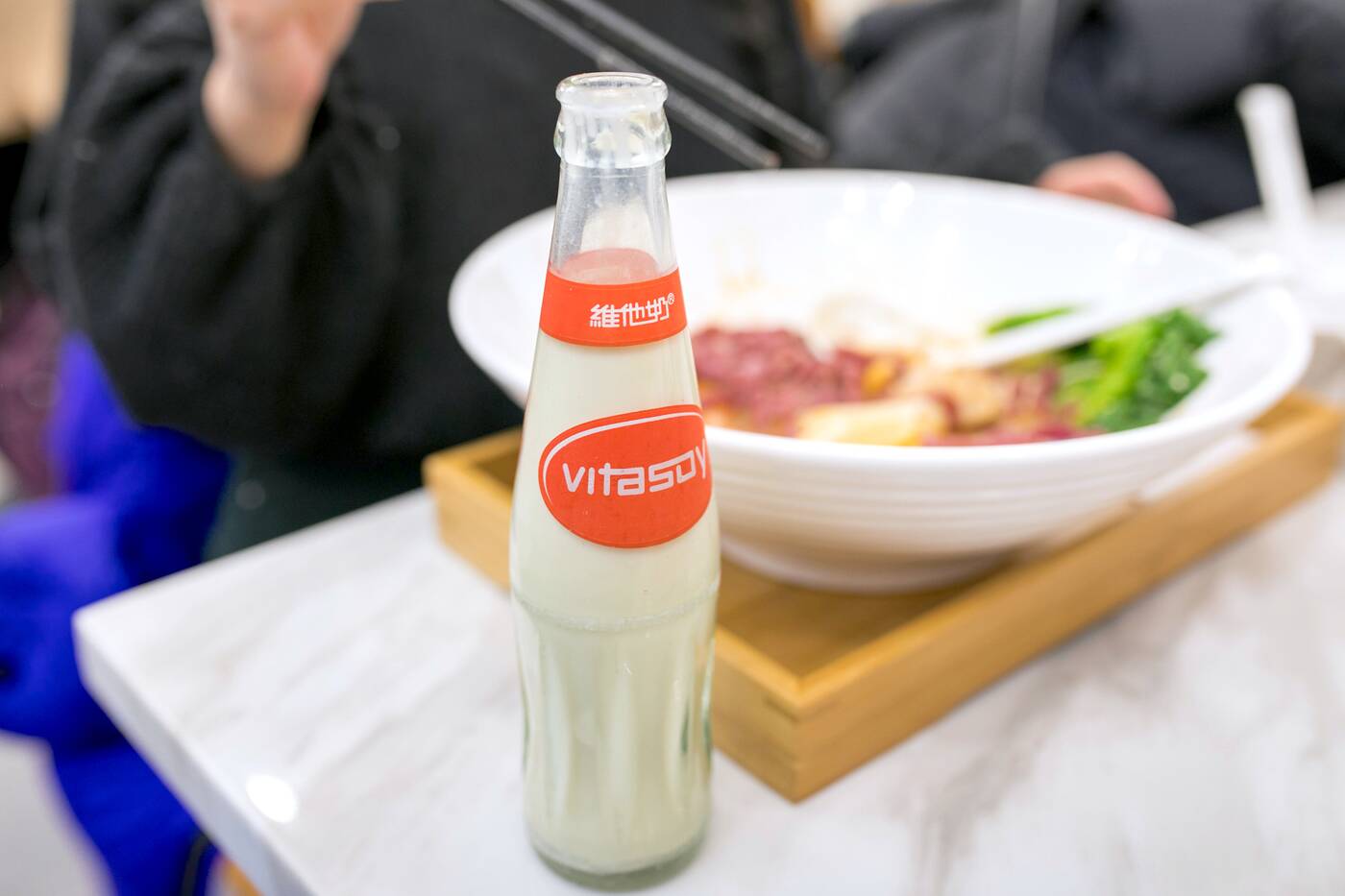 The restaurant has a standout roster of Asian drinks, including ultra-rare Vitasoy in glass bottles. 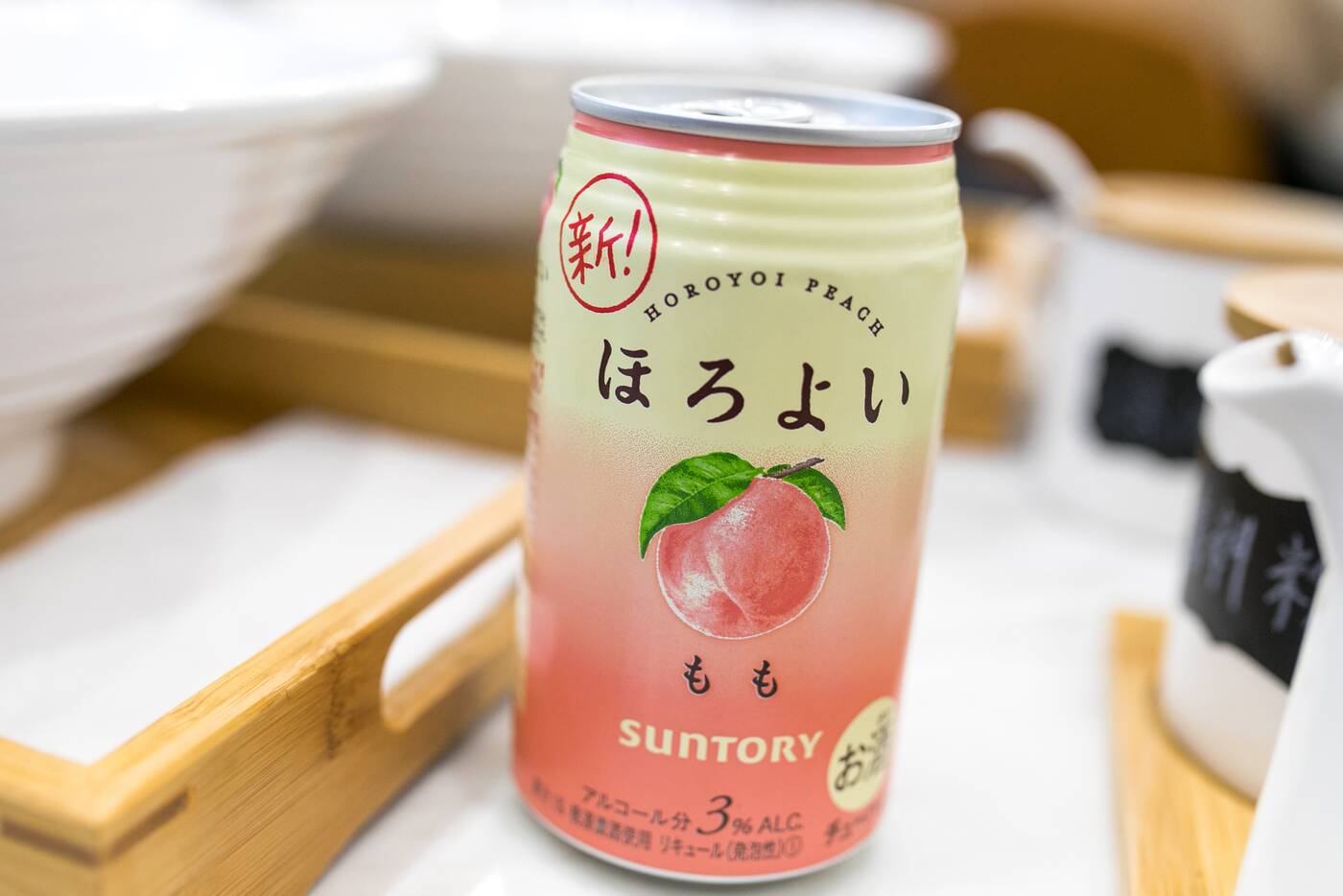 When you're craving soup but tired of everything else in most bowls, Bone Soup Malatang gives you some agency with your soup content, which somehow makes the meal so much more satisfying. 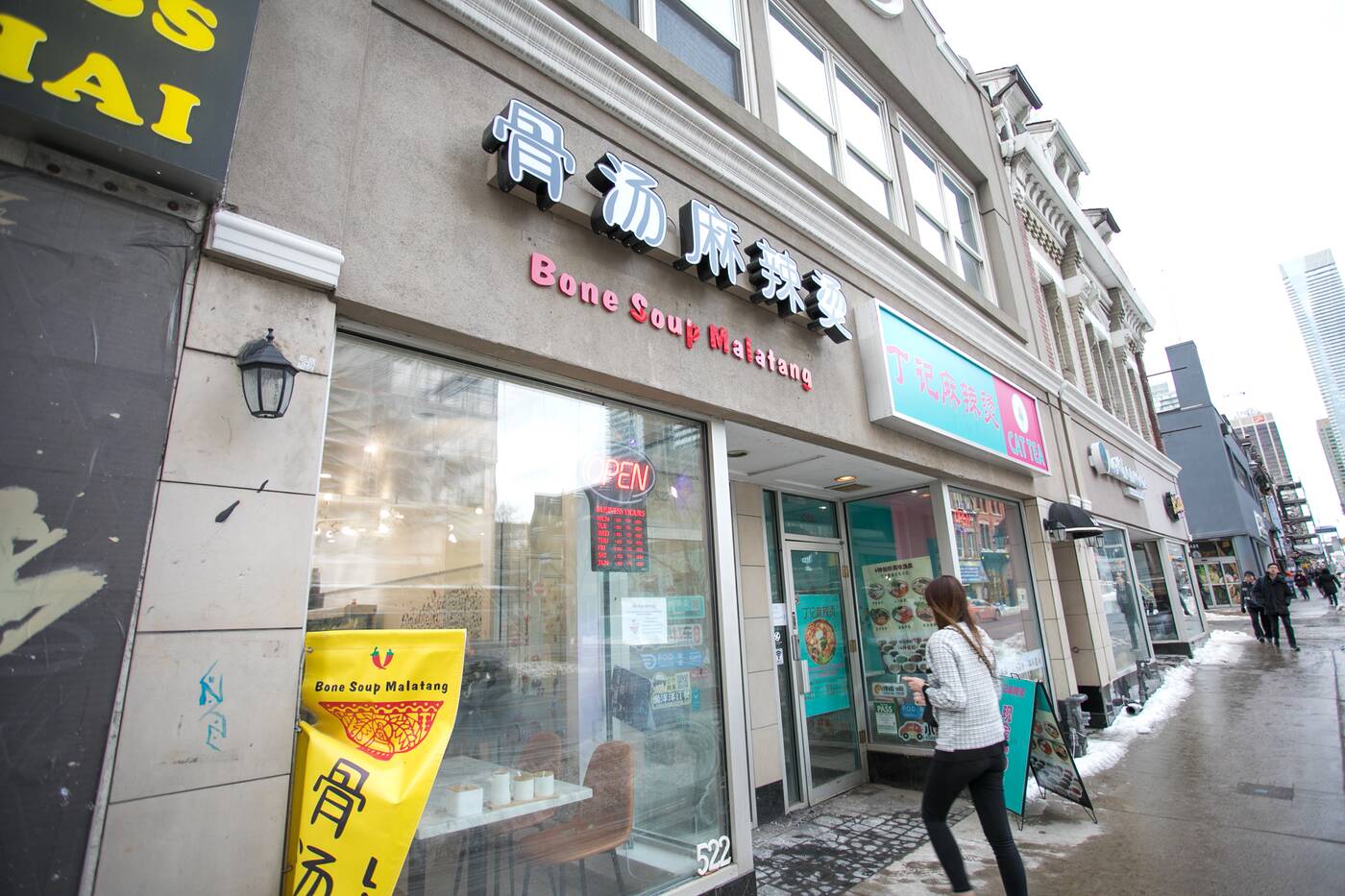