The three brands in the food hall are all newcomers to the city, though some of them are well-established elsewhere. Three Kingdoms Pizza has thousands of locations worldwide, A Bite of Sichuan has about 500 in China and this is the first location of Fortune Tea. 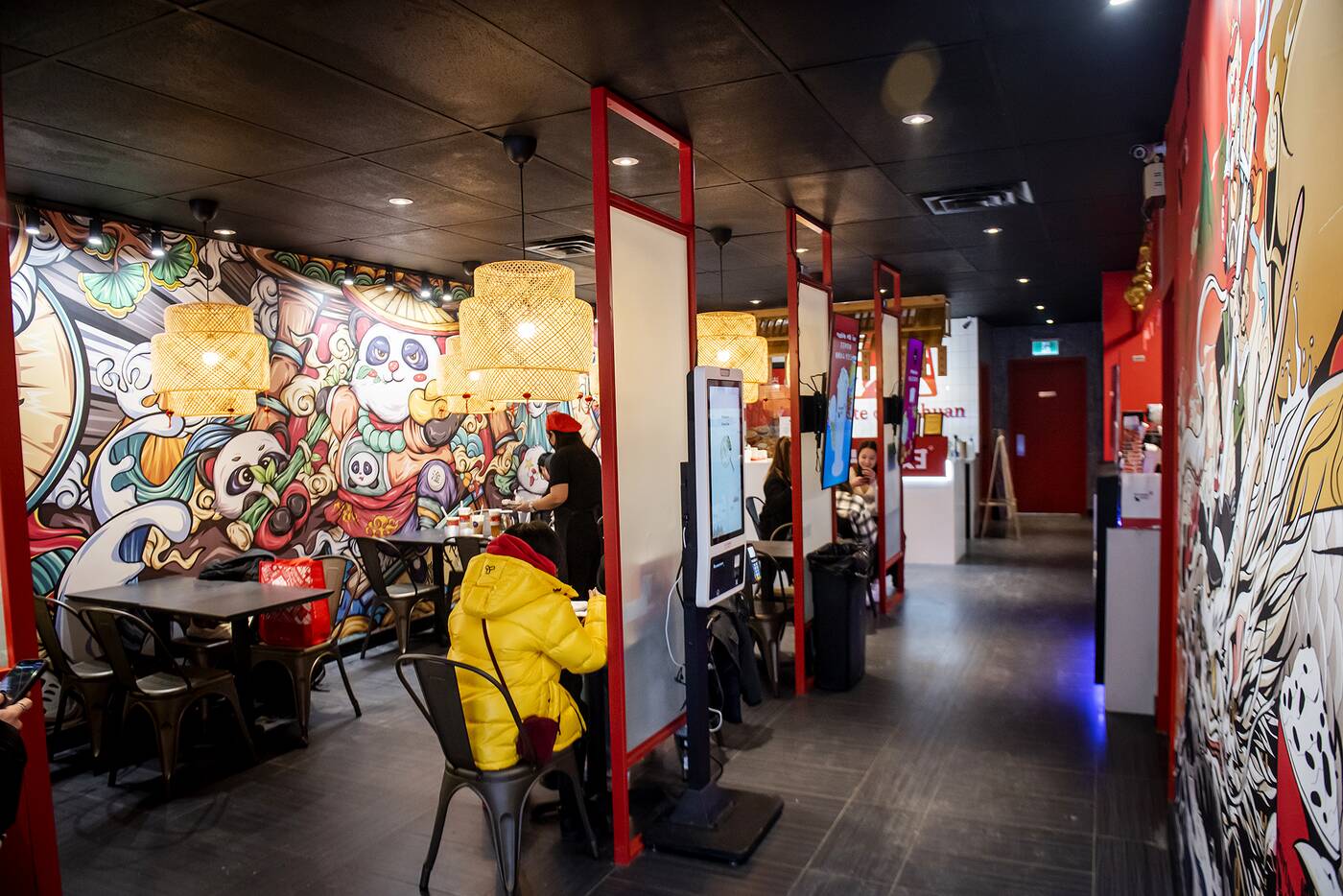 Both opposite walls showcase colourful murals by famous street artists from China. Pandas cover the far wall while the Chinese character and mythical figure Monkey King take up the other. 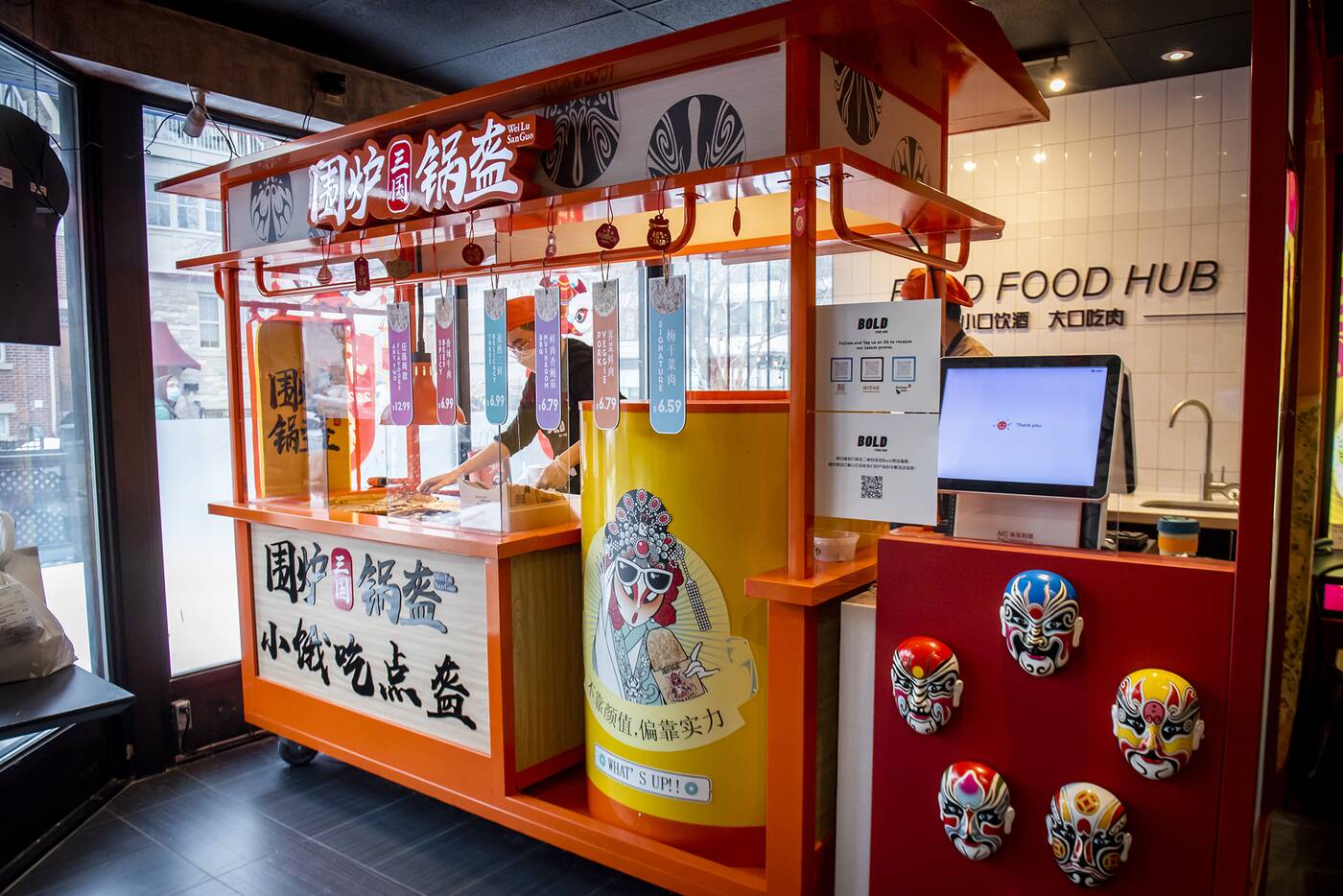 The first food stand you'll see when walking through the door is Three Kingdoms which does guokui or crispy stuffed flatbread. 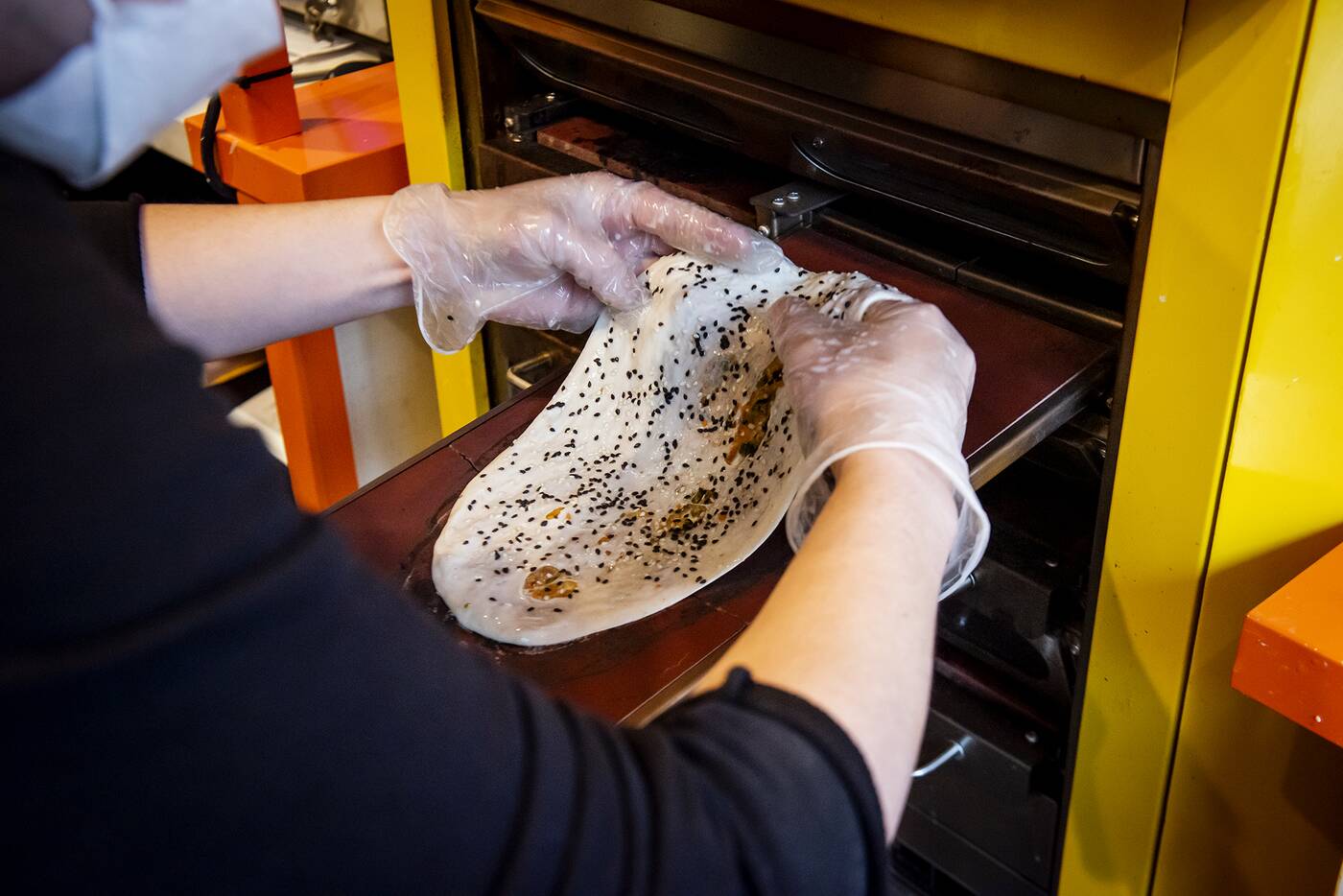 The street snack from the Shaanxi province of northern China comes in six different flavours and contains fillings instead of toppings. Only sesame seeds are sprinkled on top before going in the oven. 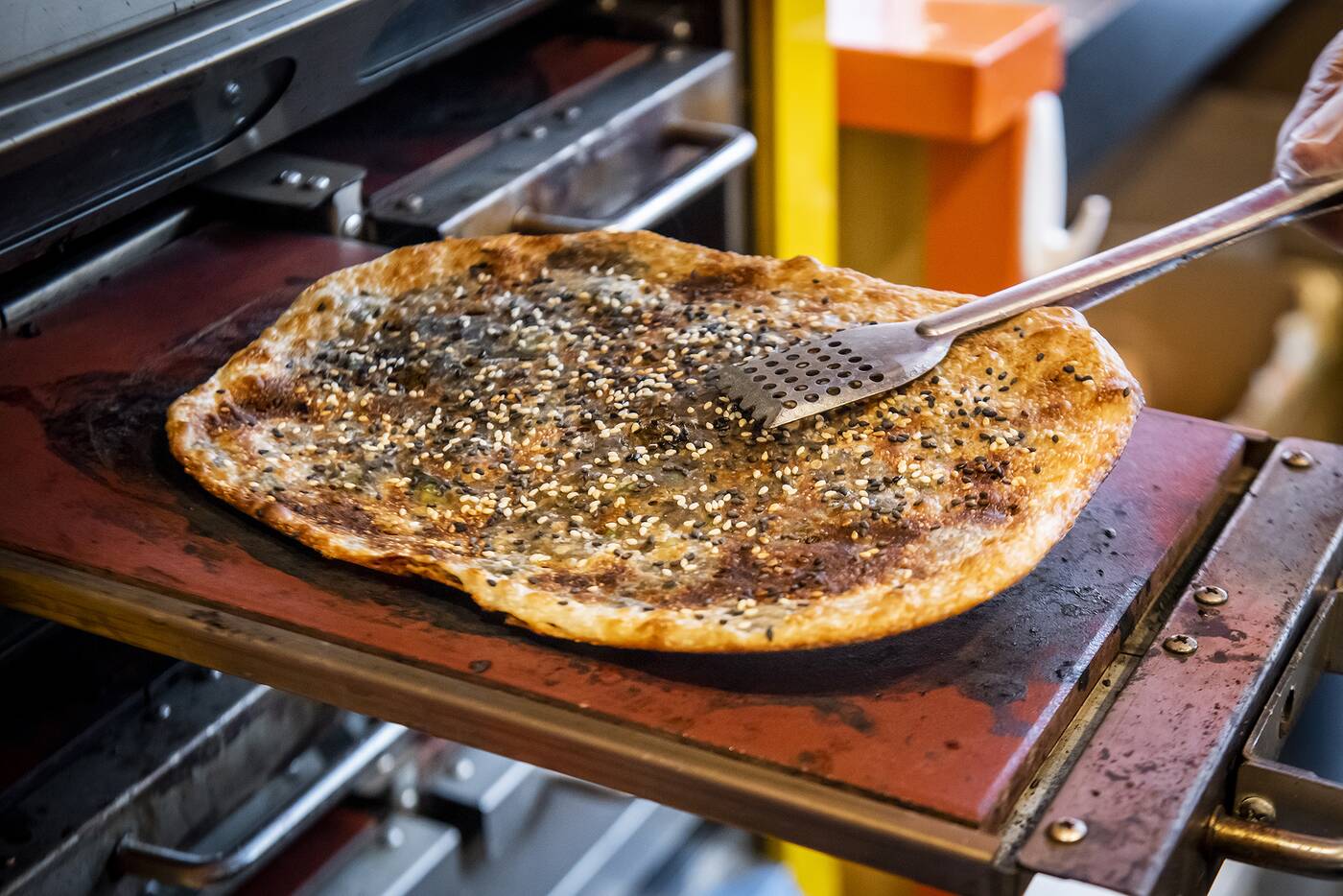 The oven used is a modern take on a tandoor, which the flatbread is traditionally made in. Once baked, the pizza gets placed on a pile of hot stones to keep warm and further crisp the bottom. 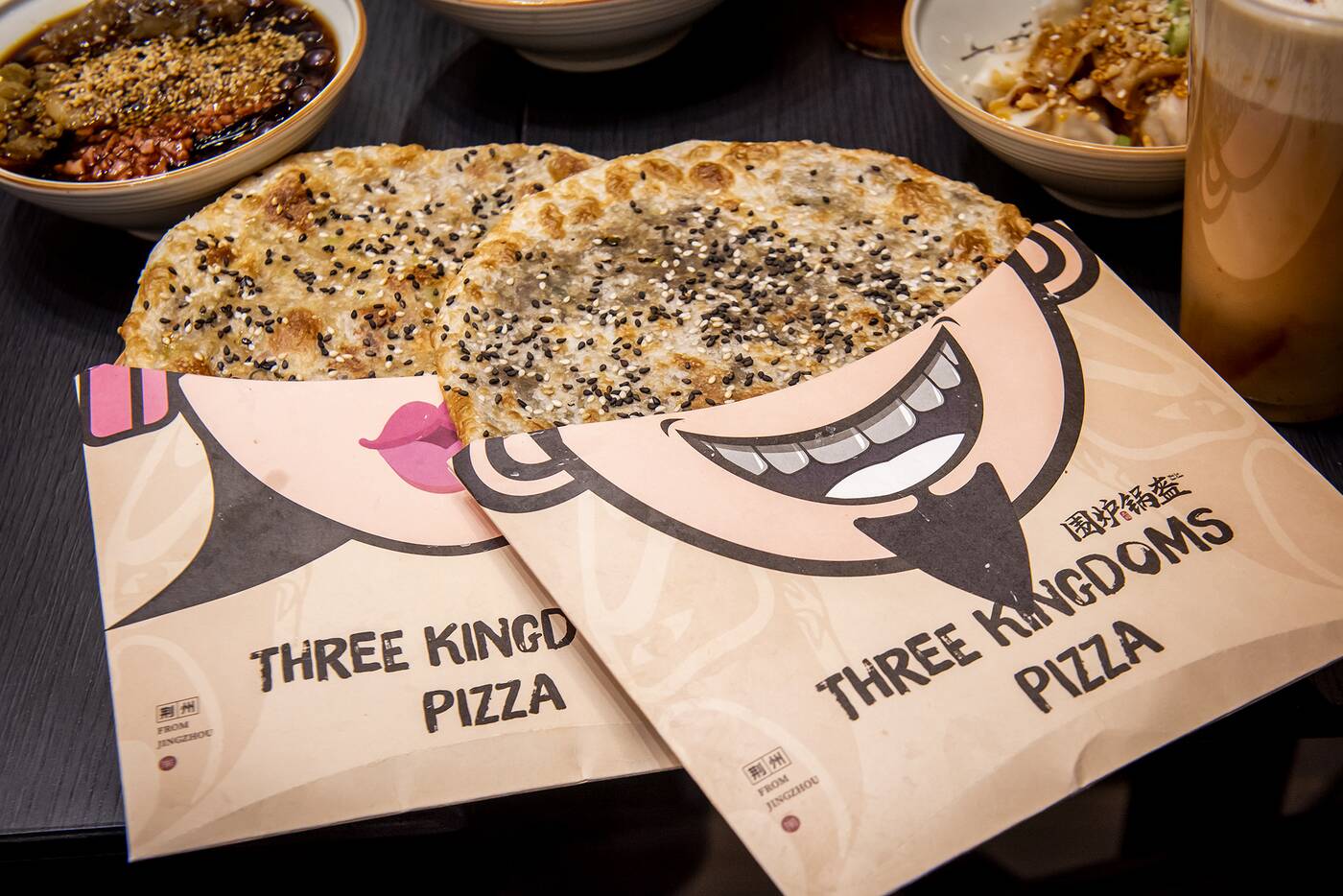 We try the spicy beef ($6.99) and their signature ($6.59) with salty pork and in-house pickled veggies, both as big as my face and offering a loud crunch upon the first bite. 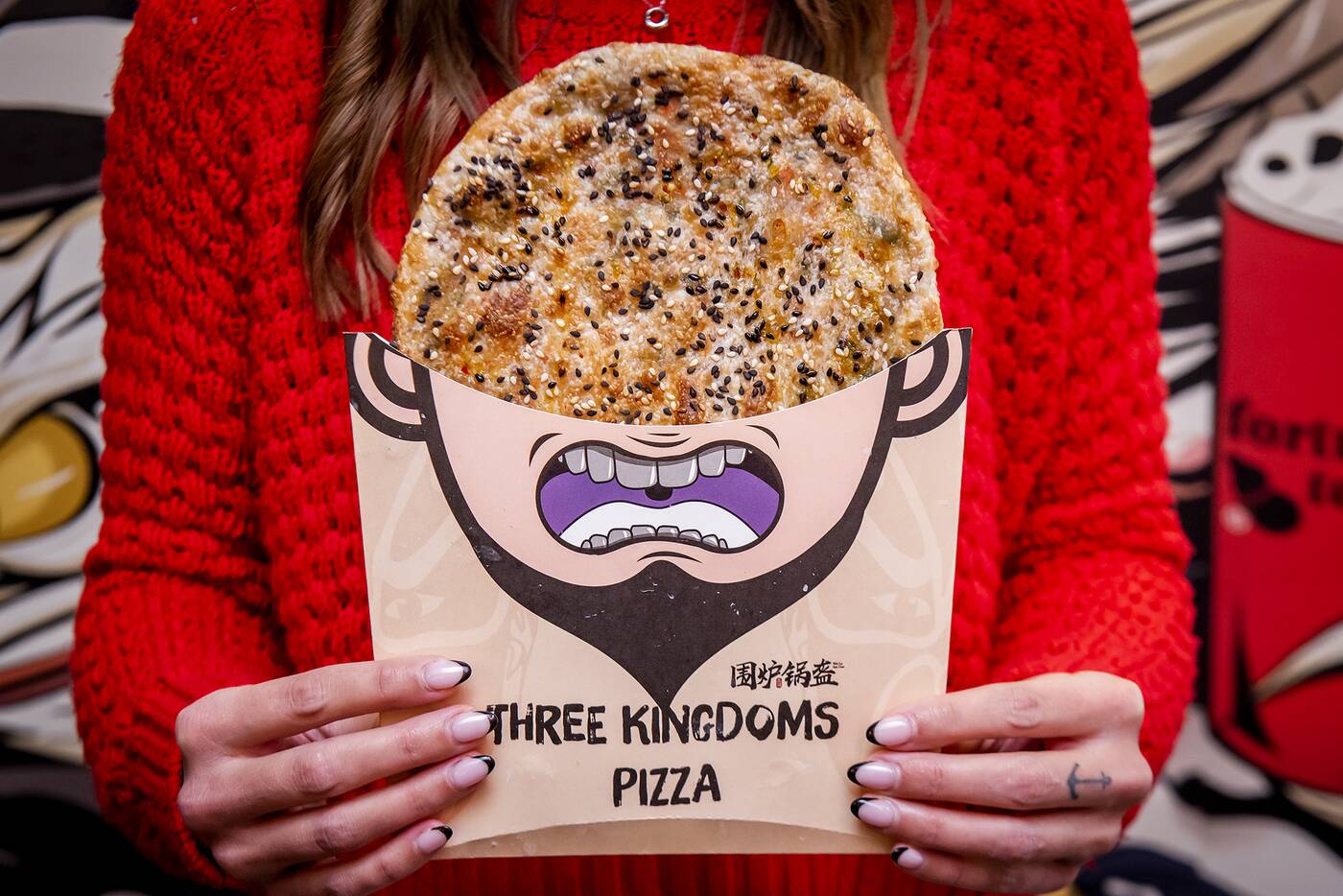 Three delicacies ($6.99) flatbread gets a combination of duck, pork and veggies inside its crust. 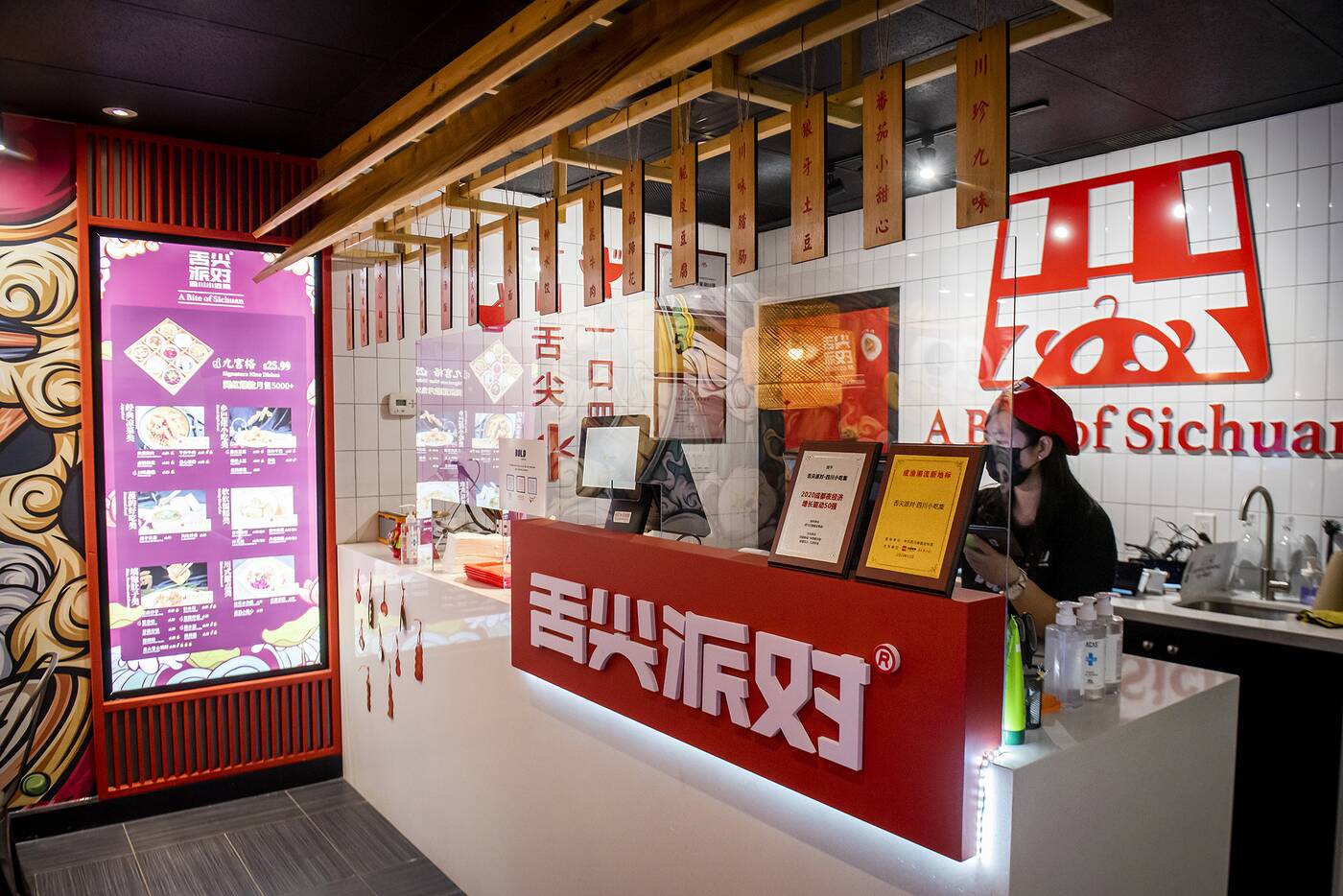 Next up is A Bite of Sichuan for Sichuan snacks, tapas and street food inspired by Chengdu. Protein in the shareable dishes balances the carb-heavy pizza and bubble tea is there to rescue you from the spice levels. 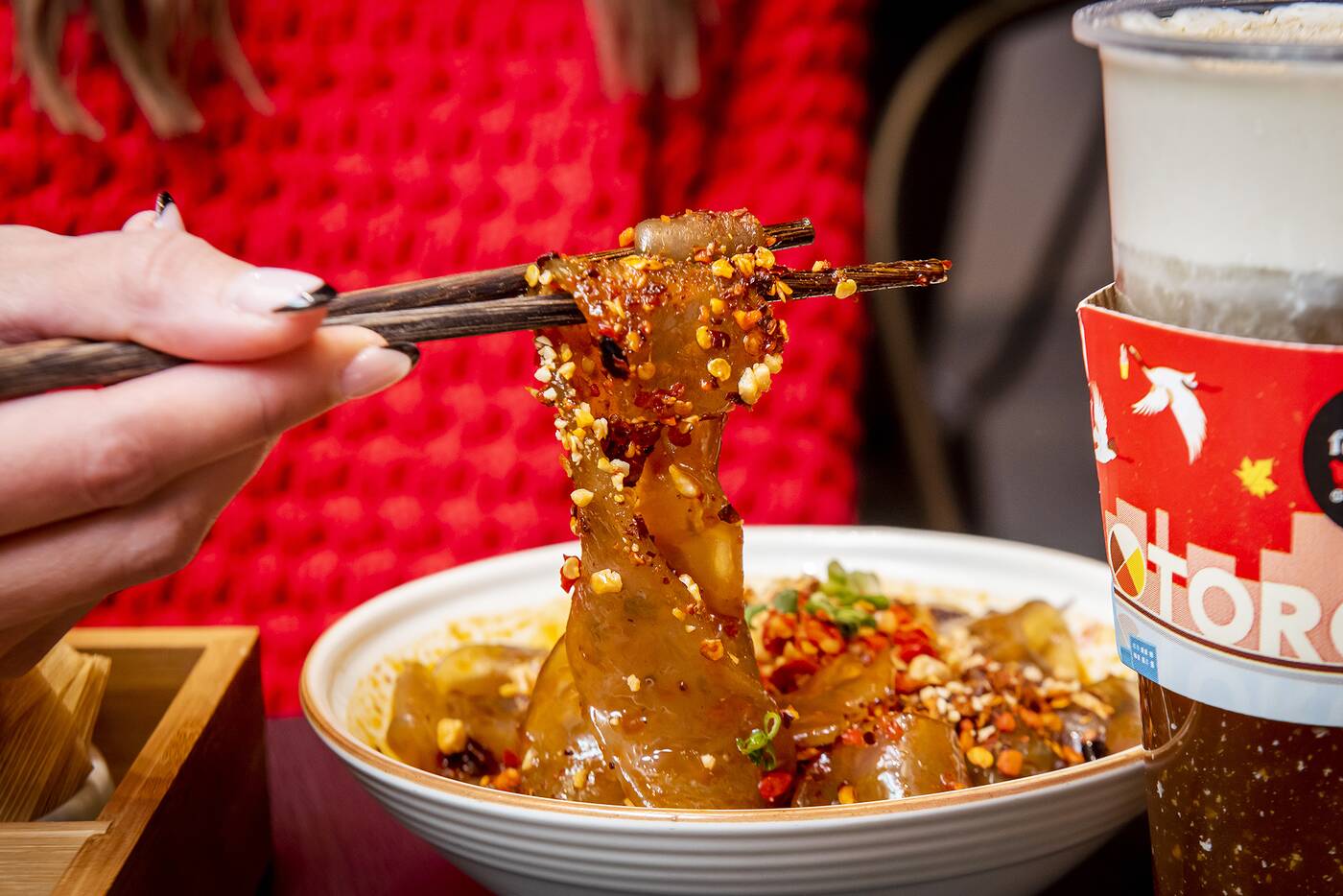 Hot pot noodles ($6.99) are the spiciest of the menu items with thick and chewy potato noodles. The bowl of intimidatingly red, chili-covered noodles has a heat that tingles the entire tongue and builds with time. 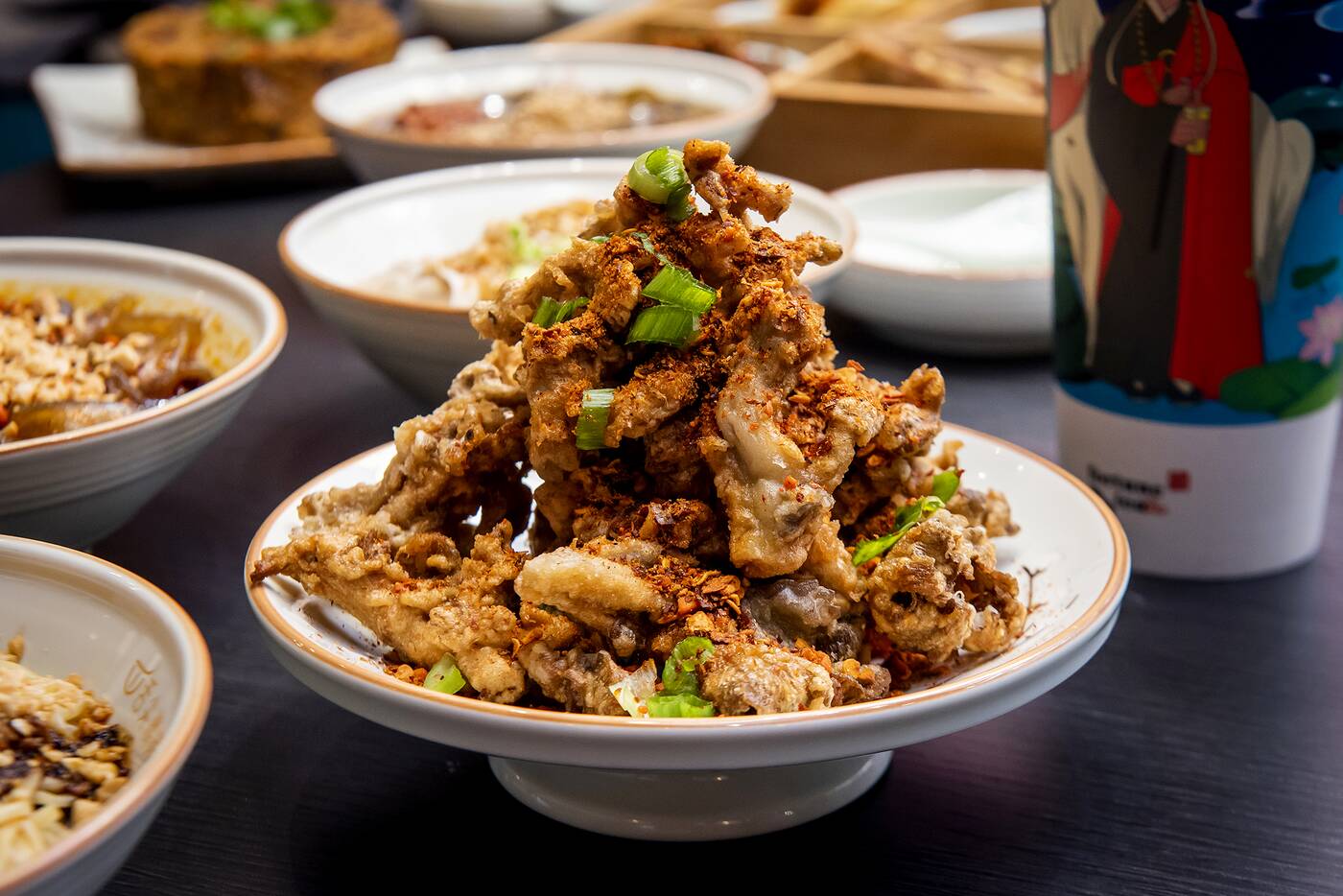 Oyster mushrooms ($4.99) are an easy favourite, deep fried until crisp and golden, seasoned with cumin, five-spice, and Sichuan and chili peppers for some extra flavour. 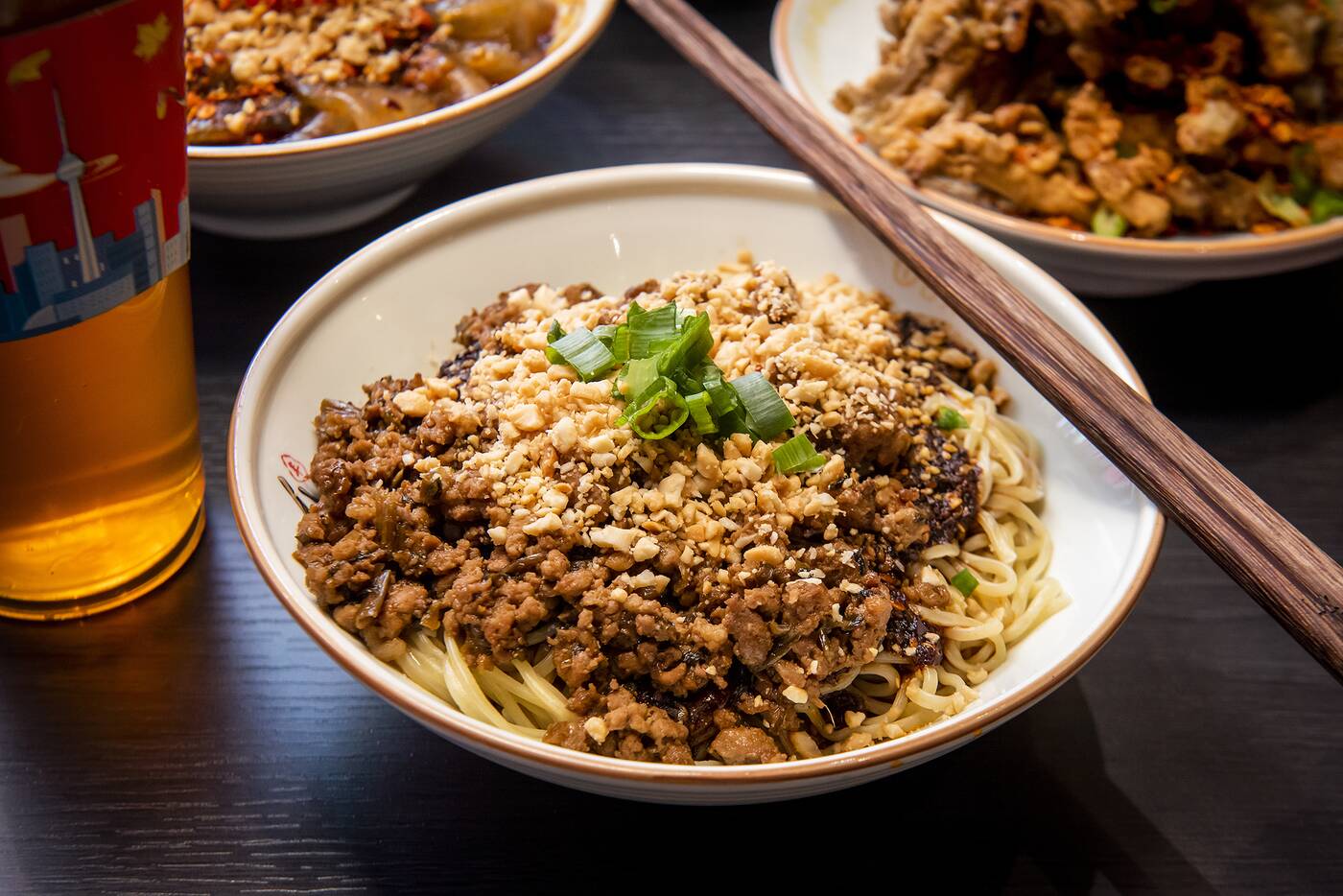 One of the most famous foods eaten on the streets of Sichuan is Dandan noodles ($6.99). A spicy minced pork sauce goes over noodles and crushed peanuts help to break up the slight heat. 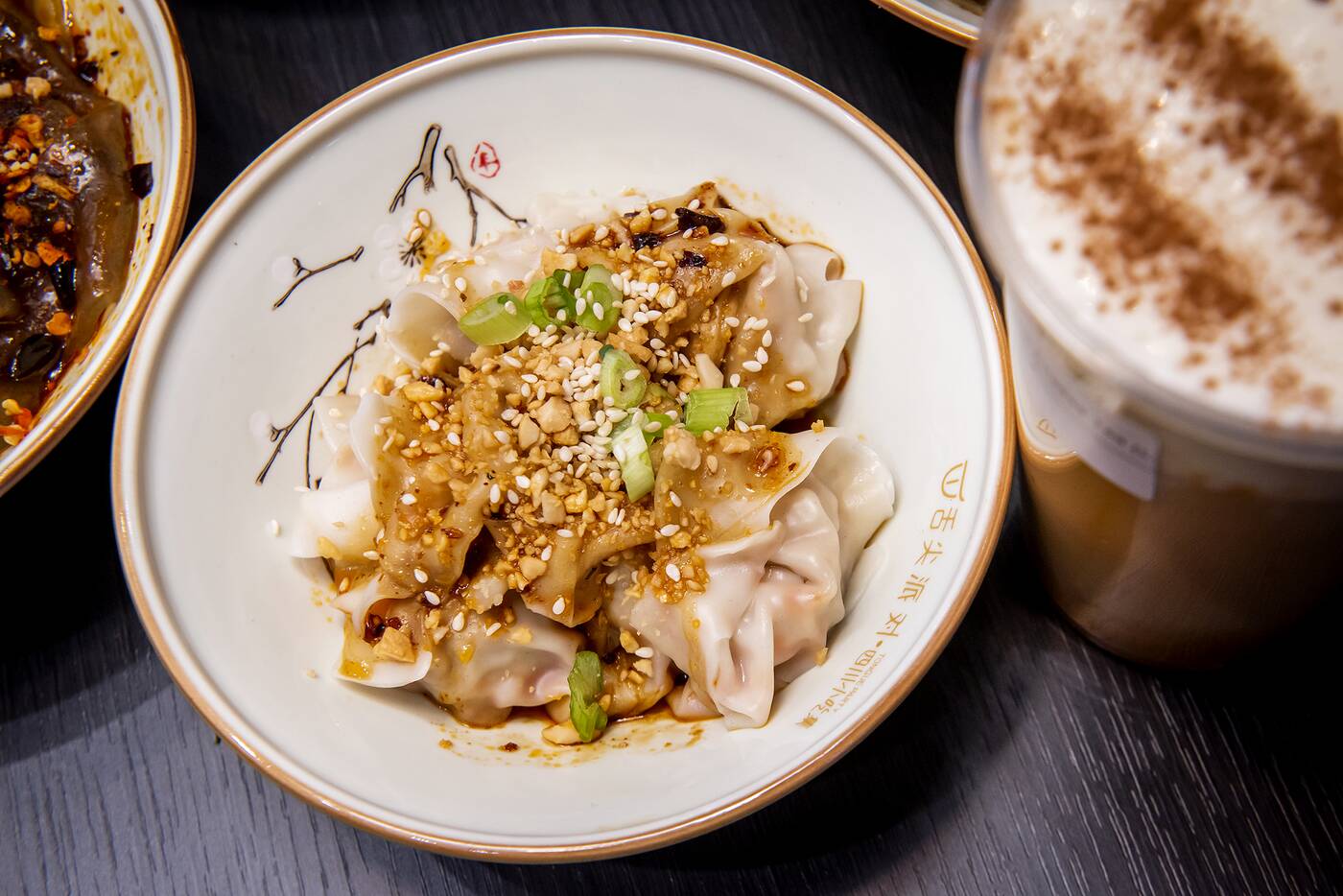 Zhong dumplings ($6.99) gets its name from the street food vendor who created it about a hundred years ago in Chengdu. The sauce of chili oil and soy sauce is what sets these pork-filled dumplings apart. 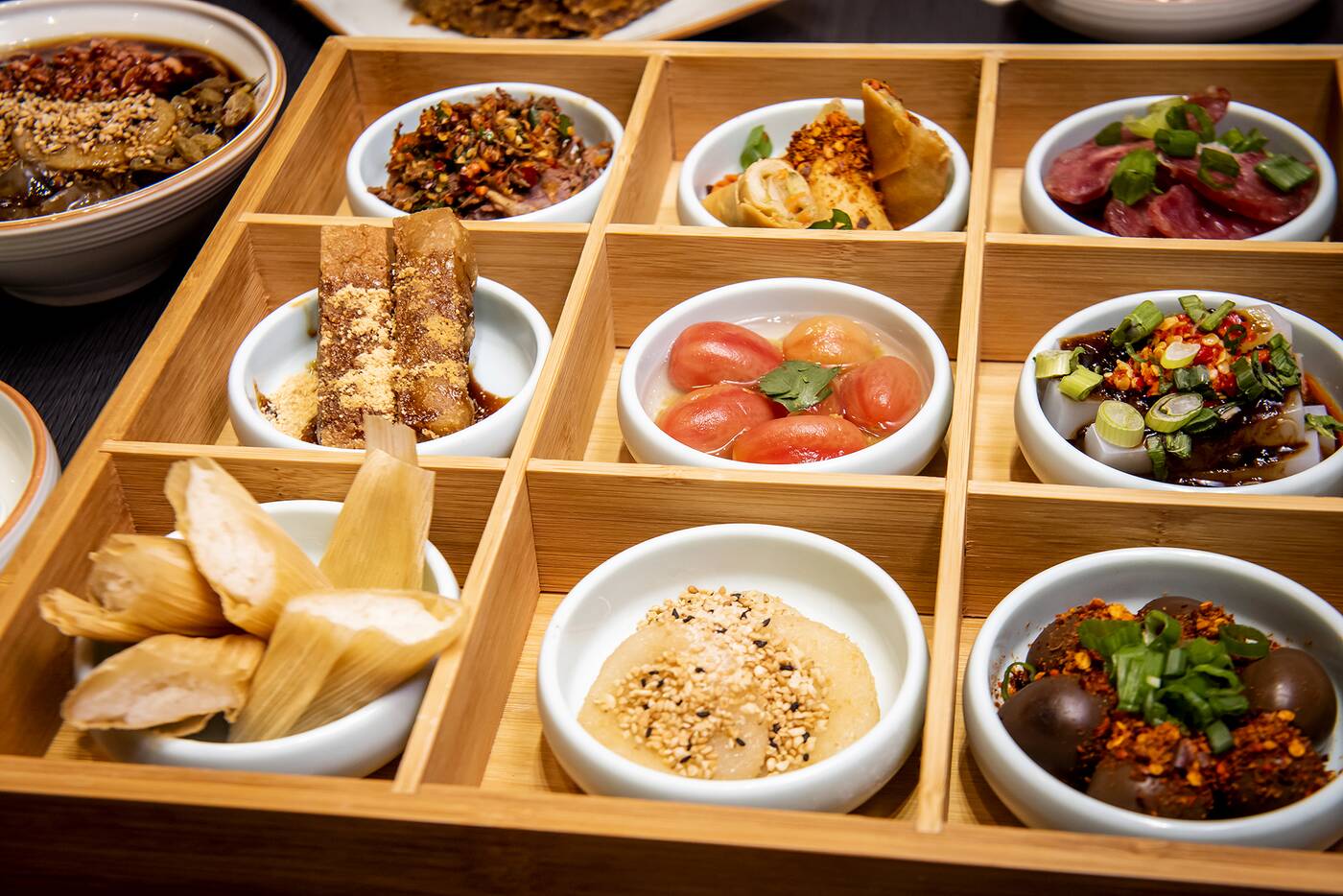 A great way to try all the menu has to offer is with the signature nine dishes box ($25.99), which lets you taste a small amount of nearly half the dishes available. Whatever comes in the box is the chef's choice. 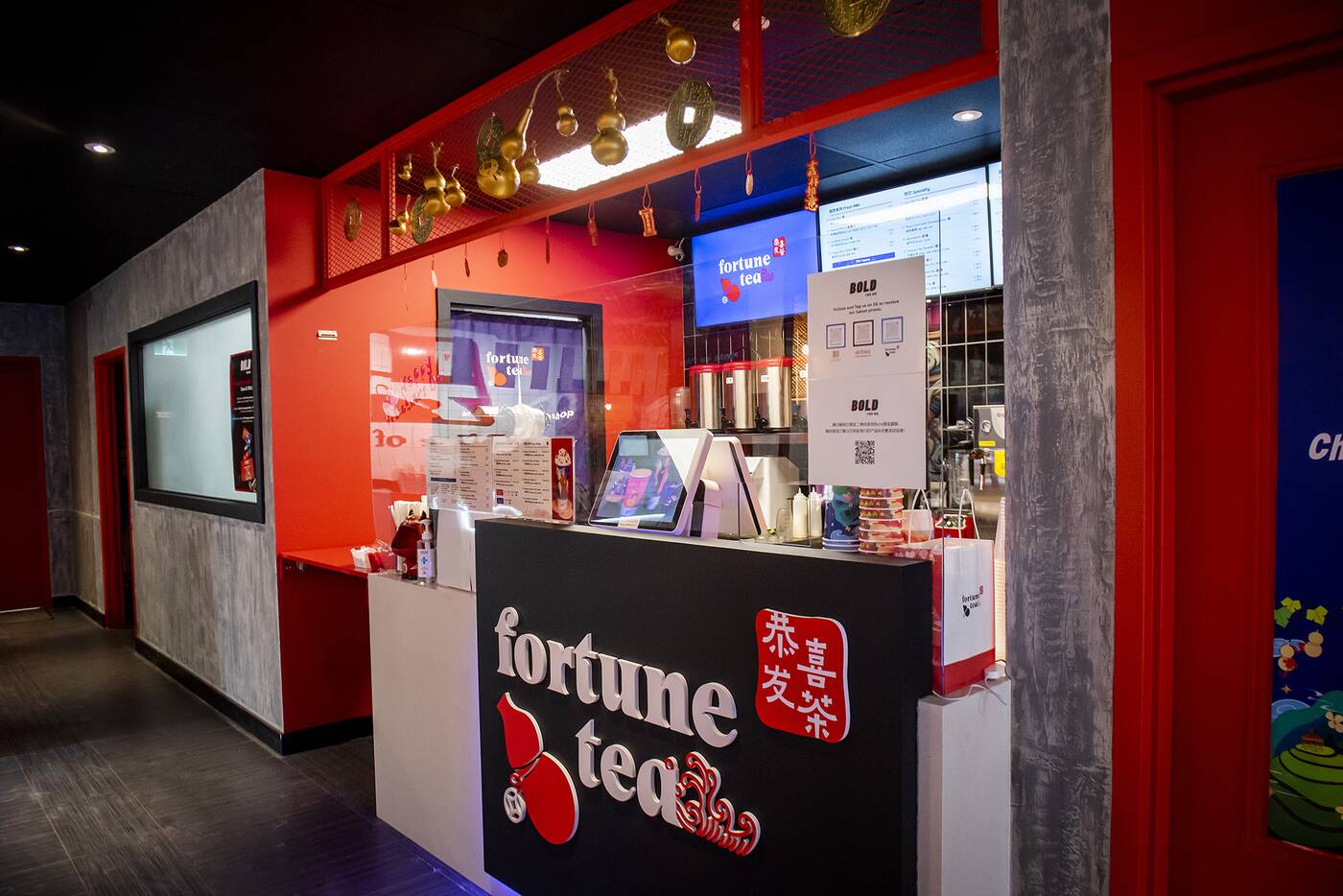 Fortune Tea focuses on lighter bubble tea with less sugary ingredients and preservatives when it comes to their drinks that are made from Chinese tea leaves and topped with fresh made creme. 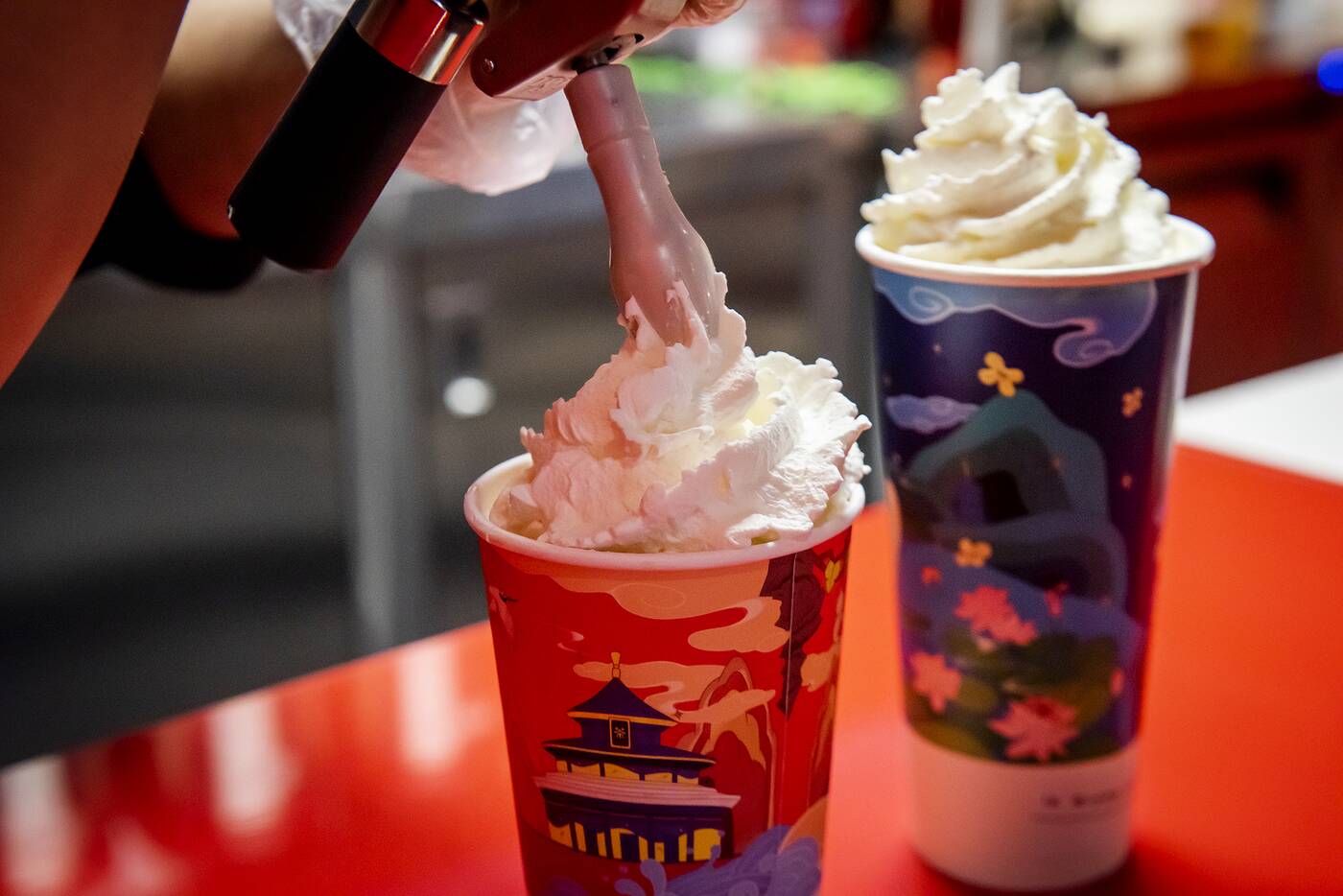 Their creme is light than other bubble tea shops so that flavours of the tea don't get overlooked and the cups are designed by Chinese artists. 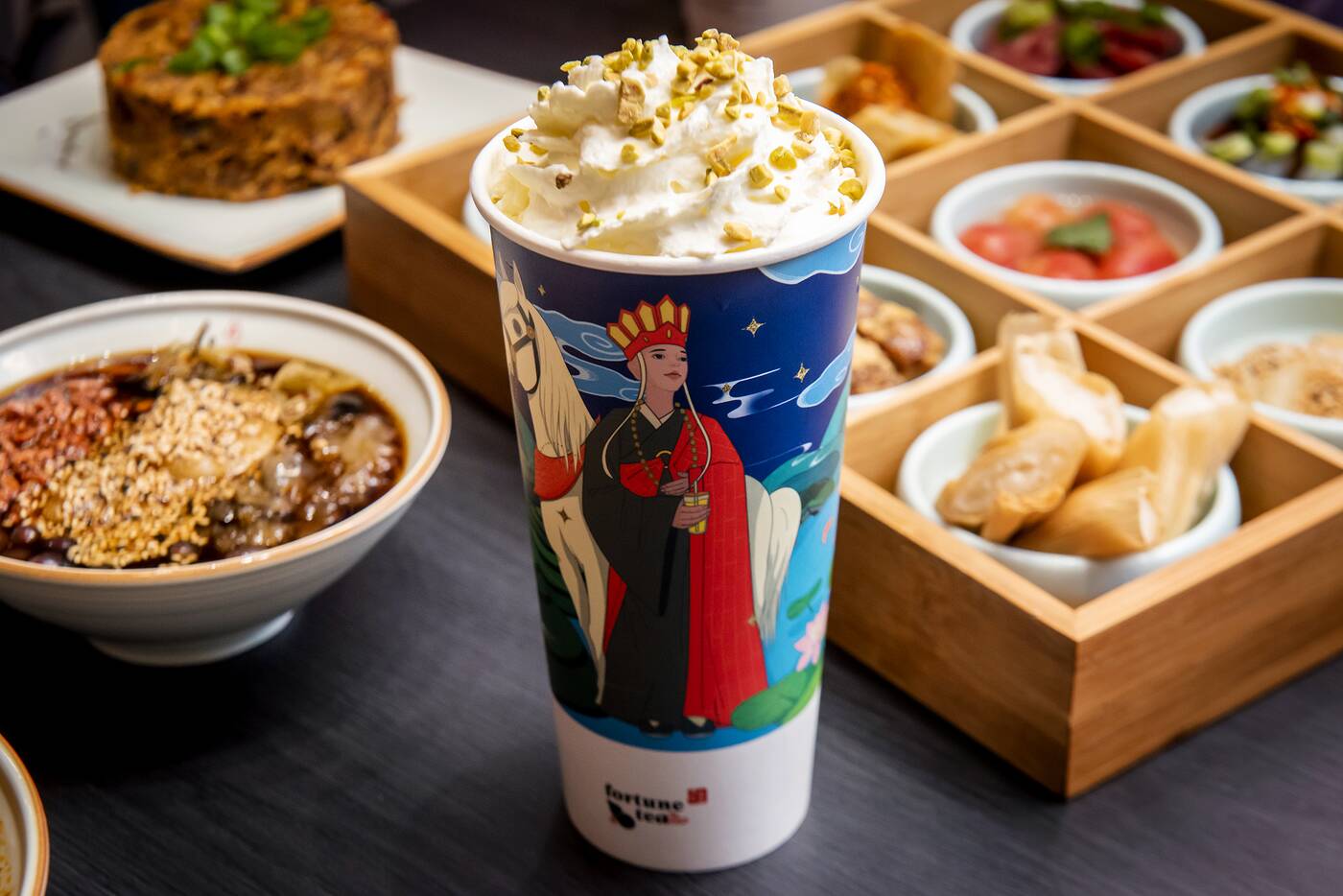 For the lychee tea creme (large: $7.10), Four Season Oolong tea is mixed with milk and lychee fruit and topped with plenty of creme and crushed pistachios. 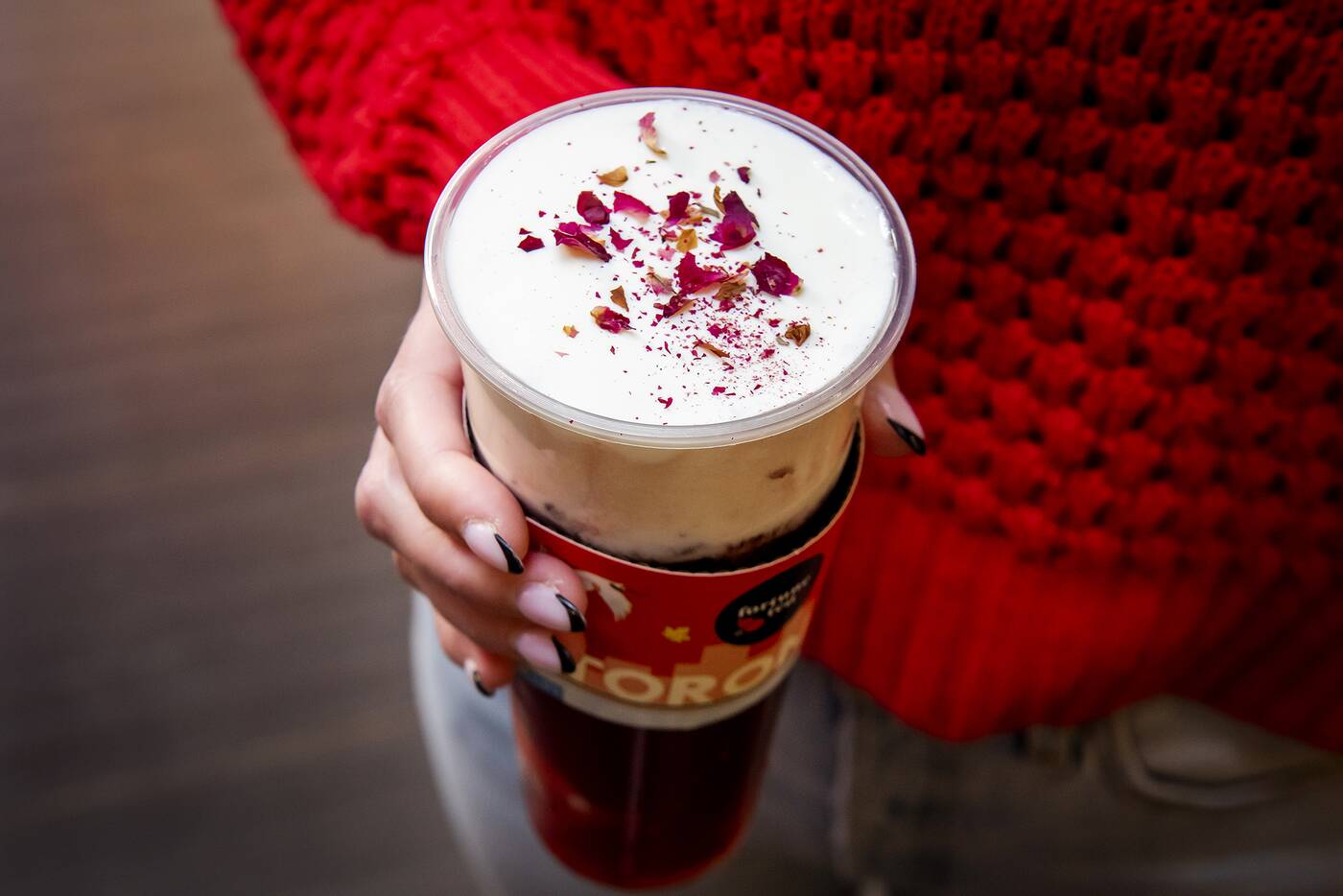 Roselle (large: $8.50), a tropical plant in the same family as hibiscus, is the star of this drink with blueberries, raspberries, lemon and chunks of rose pudding. Cheese foam goes on top. 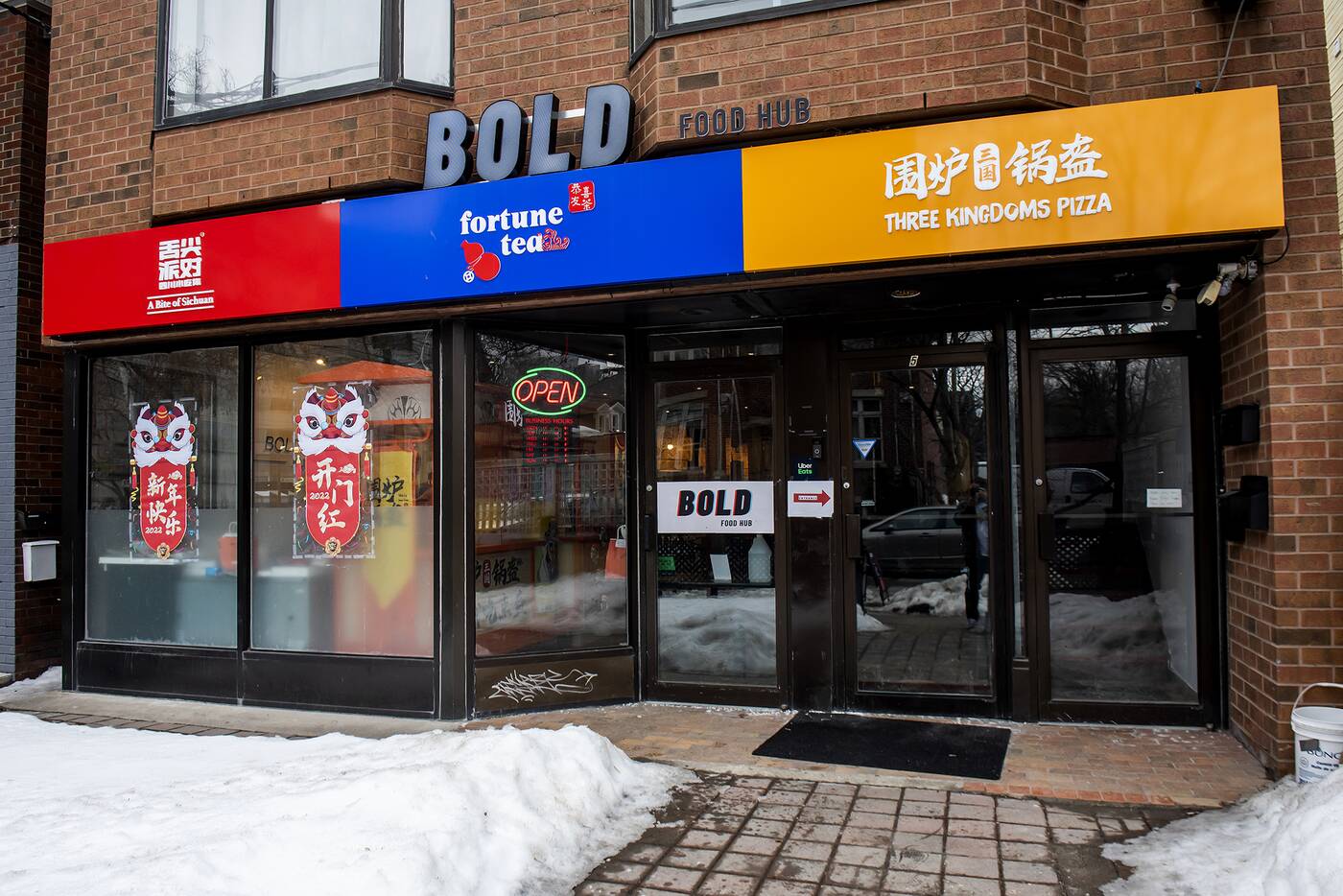