Blackbird Bistro has taken over the former nest of the Rustic Owl in Bloorcourt. At first glance, it might seem like a simple name change - the robin's-egg-coloured chairs are the same, the tin ceiling intact, and the espresso machine is still firing on all cylinders - but the cafe-turned-bistro has spent the past year undergoing a slow metamorphosis.

Co-owner Chanelle Hanlan-Hudson worked at the cafe in its previous incarnation, taking over the business with husband Patrick Peltier last summer. Things evolved under the new ownership: The menu evolved past cafe snacks to include meals like salads and sandwiches; they began making their own baked treats in-house, with a larger focus on vegan offerings; and the back space, once a gallery area that was frequently closed off to diners, was opened up (they also loan it out as an events space). 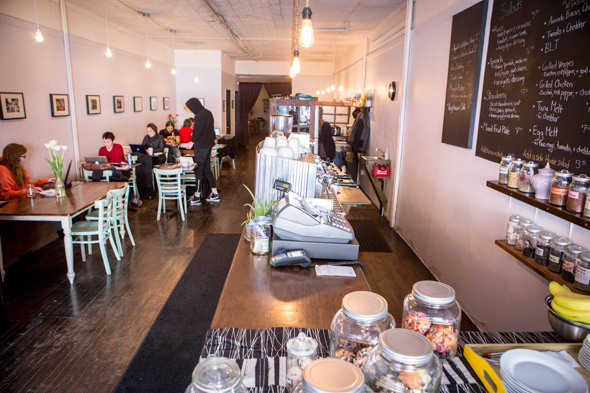 As the "rustic" aesthetic, too, eventually went the way of the dodo, a name change was in order. The new moniker is manifested in the form of a faux stuffed bird presiding over the dining nook near the window; they also swapped "cafe" for "bistro" to reflect their widening focus on lunch and dinner offerings. "It lets people know where we're going, and where we hope to go." 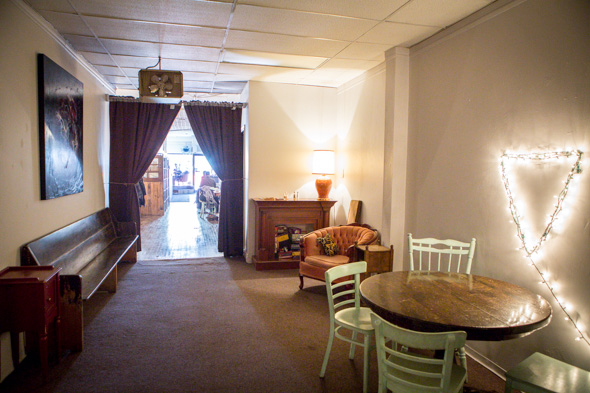 One thing that hasn't changed: Their Mountain View organic and fair-trade coffee. If you're not feeling the lattes, you can opt for one of their fizzy juice concoctions. Hanlan-Hudson recommends the Fruit Burst ($3.50), made from berry juices, sparkling water, and some liberal fresh fruit garnish. It's refreshing and just sweet enough - basically, it's what Strawberry Passion Awareness wants to be. 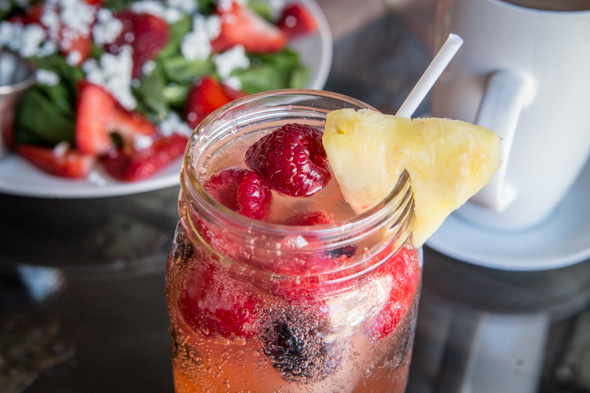 A new addition is the strawberry salad ($7.50), done up classic-style with sliced berries, crumbled goat cheese, and housemade dressing on a bed of spinach. It's a decent portion size, and doesn't skimp on all the stuff that makes the salad great - plenty of cheese, berries, and poppyseeds in the mustard vinaigrette. 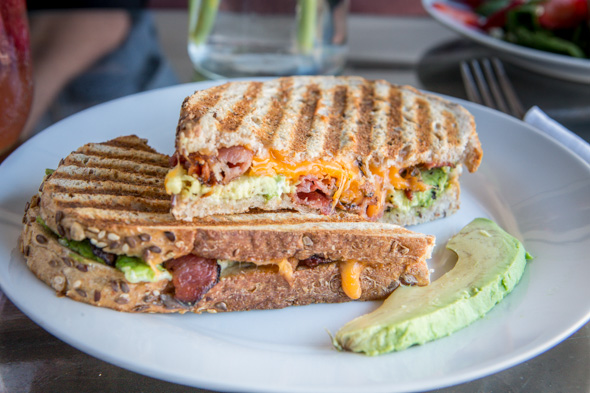 A cornerstone of the lunch menu is their lineup of sandwiches, which all come grilled to order on multigrain. The avocado, cheddar and bacon sandwich ($9.50), as with the salad, comes heartily stuffed; it's smothered in melted cheese and topped off with a housemade pesto mayo (made without nuts, the owners are quick to add). 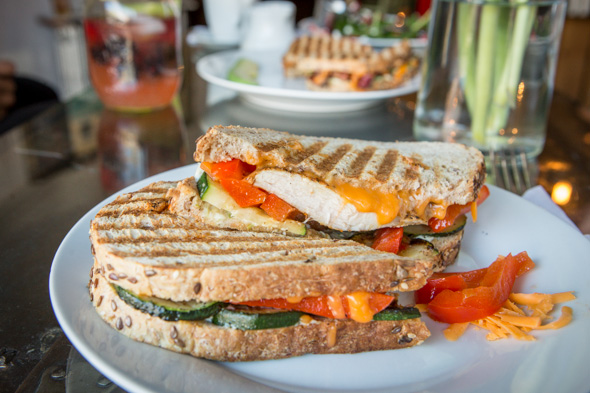 The grilled chicken ($9), another beefy sandwich option, gets a little extra freshness and juiciness from some grilled red peppers and zucchini on top of liberal amounts of that cheddar and mayo. Should you let this one sit while you linger over your latte or laptop, the bottom might get a little soggy, but I happily scarfed mine down anyway. 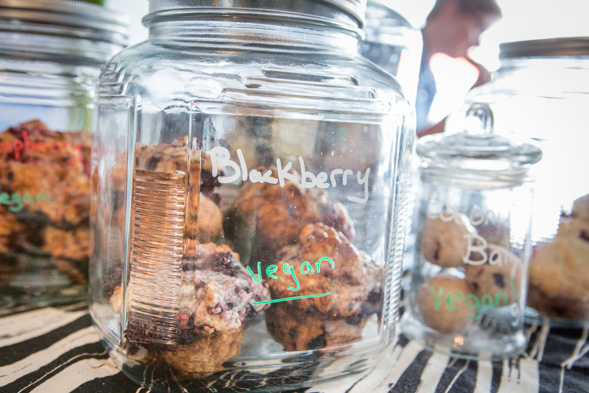 The peckish can grab a muffin, available in five or so flavours at any given time, and should you stop by for dinner, you'll be treated to a shifting selection of entrees, including lasagna, salmon, and stir-fries. Look for the restaurant to keep evolving as they create a menu that flies with diners of all kinds. 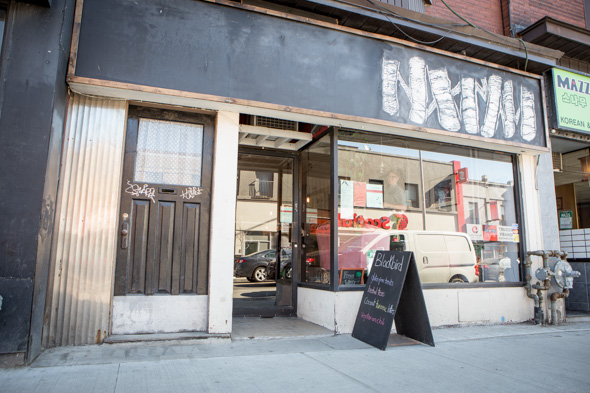