Big Al's Flyin' Phillys opened this month in Kensington, or more accurately, re-opened, in a complete about-face from its previous menu. Falafels it turns out were not in the cards for Big Al. After only a couple months he decided that the muted tones of the ever-prevalent chickpea puck couldn't compare to the more sparky offerings gleaming throughout the market. A smart tradeoff, he felt, was the famous American hoagie known to goo and gush all over the plate. Not only would his halal revision be one-of a kind ("who else has them?"), but it seemed a much better fit for many calorically inclined market-goers. 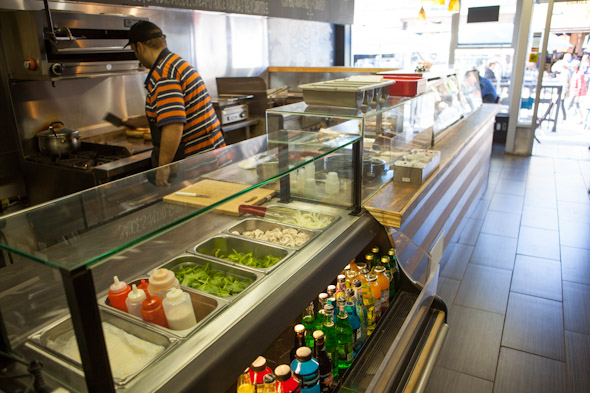 Sticking to the street's vibe with a simple black and white sign scrawled out front and the graffiti mural that runs the length inside, Big Al also tries to beef up the cred of his sandwiches with familiar rap game references. Luckily though, the sandwiches themselves are low on gimmicks. The Classic (Run B.O.C.) is your bare bones halal ribeye beef, onion, and choice of cheese ($7), while to double up this standard in its Big Pimpin' ($12) incarnation will likely stop most marathon eaters in their tracks. 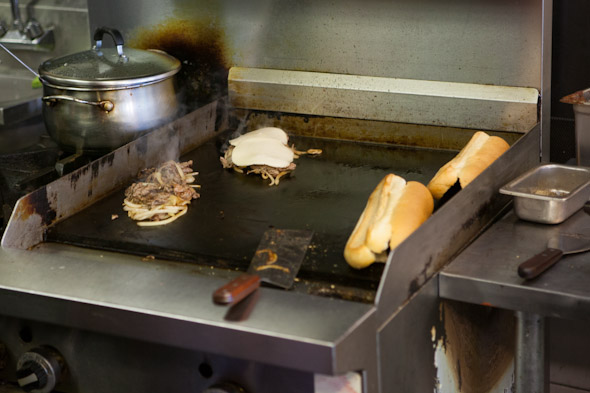 The cheesesteaks get more non-traditional, I suppose, when you reach the Jay ZZZ ($8) which has ribeye beef, mushroom, onion, sealed with two eggs over easy, if you opt for chicken with the Big Daddy Chikane ($8), or without meat altogether--their NWA (Not With Animal) which uses mushroom, pepper, onion, spinach, and cheese ($7). Still though, the rotation of ingredients is more straightforward than each moniker might imply. 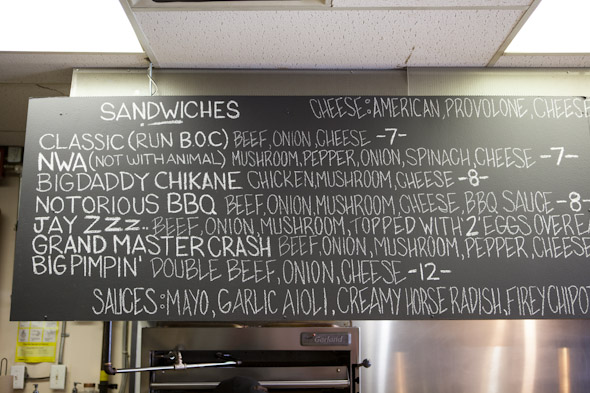 Any initial reservations I had regarding Al's commitment to the southern import quickly dissipated upon trying the Notorious BBQ ($8) philly cheesesteak, which might be my new go-to in the market. Featuring ribeye beef, mushroom, onion and provolone cheese, the griddled concoction was savoury and yet I could taste each ingredient distinctly which I find isn't always the case when the grease is flying back there, whipping away precious flavour. 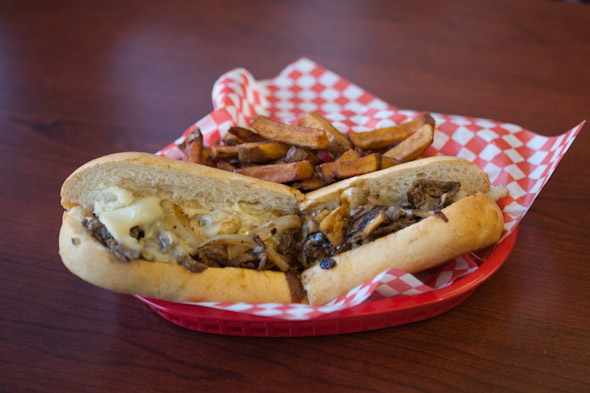 I could have opted for American cheddar or cheez whiz, the latter of which Al heartily recommends against, but I find that a cheese less sharp such as provolone allows the ribeye to stand out more. To round the meal out for an extra few dollars you get a drink, a batch of their hand cut fries and a dip, from the fiery chipotle which I preferred, to garlic aioli and creamy horseradish. Quite the value for the hefty portions Big Al dishes out. 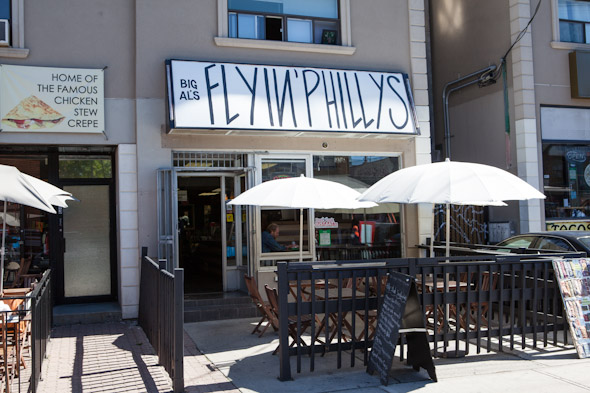