Bero is the month-old restaurant on Queen East that has reopened in place of The Commissary from the same co-owners Andrew Bridgman and Giulio Marconi and new partner, chef Matt Kantor ( Little Kitchen , Secret Pickle Supper Club ).

In contrast to the former casual eatery, the intimate 28-seat restaurant brightens up the dining room with white linens and warm neutral textiles, even if it tends to be a bit too beige. In general, the interior isn't nearly as impressive or artful as the food turns out to be. 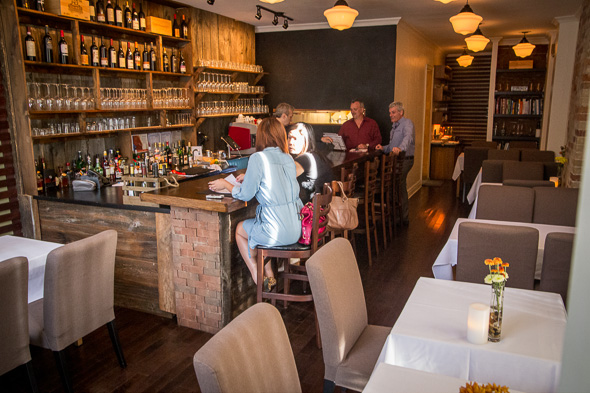 The menu is laid out like checkerboard and for $52 dollars you can pick from four courses, or for $84 have a seven course progression. The prix fixe format entices at least one extra course than I typically opt for but considering the precious portions trademarked to fine dining, the four course minimum is appreciated. 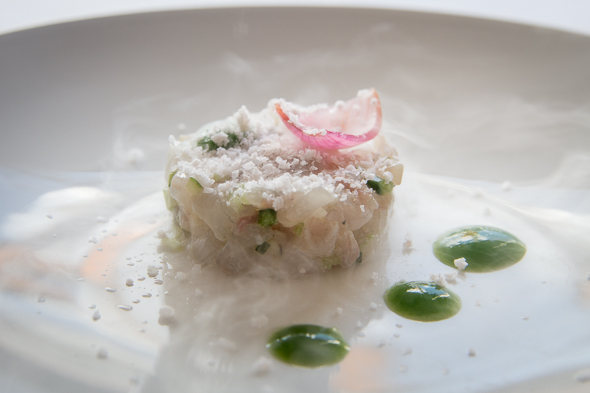 Expect to find beautifully composed plates like the ceviche branzino mixed with poblano, celery and radish for a little heat and crunch. It's accompanied by bright garnishes like cilantro puree, pickled red onion and grapefruit granita. 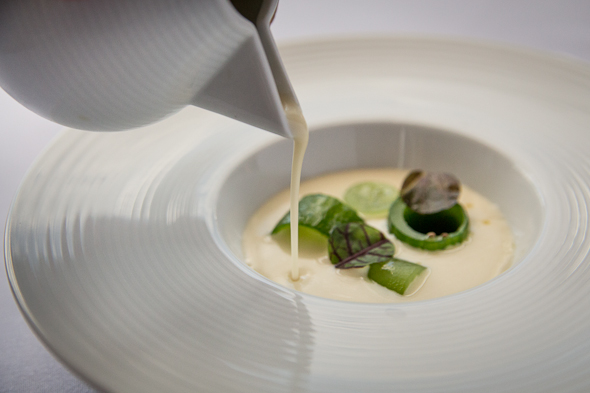 The white gazpacho (that's bread and almond soup) is poured table-side over compressed cucumbers, circular punched sorrel leaves and espresso soaked basil seeds. It somehow reminds me of a Matisse paper cut out it's plated so artfully.

The capicola terrine is another technical feat (or should I say féte?) served with fava beans, white bean mousse and cherry tomato concasse. 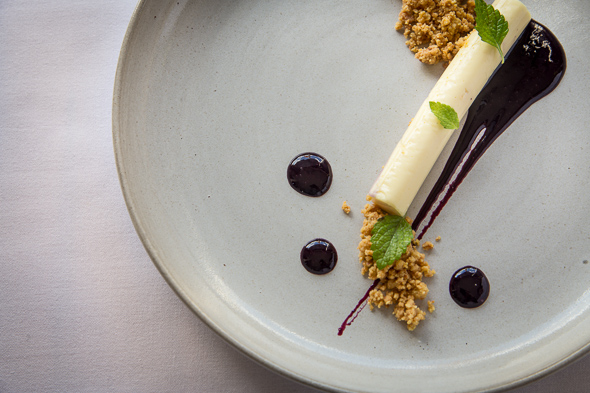 Desserts like the creme Catalan (essentially the Spanish version of creme brûlée) take lots of license. The classic is re-imagined on the plate in a long cylinder of lemon cinnamon custard alongside cardamom, chick pea crumble and a swoosh of blueberry coulis. 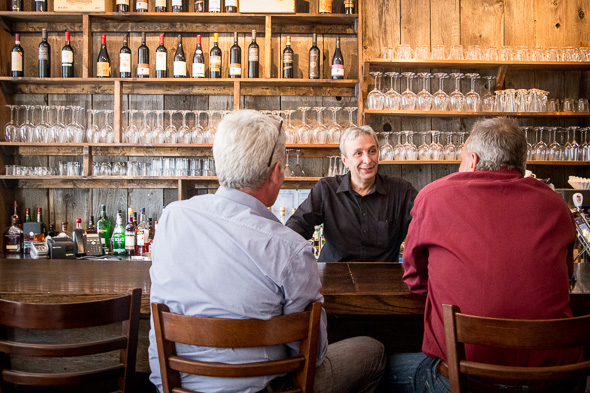 Beverage pairings are available with either the four or seven course meals for $32 or $54 respectively. The cocktail list offers classics like a Negroni or Sazerac for $12. The wine list featuring mainly Ontario and Mediterranean bottles starts at $37.

Bero is open Wednesday to Saturday for dinner starting at 6pm. Reservations are recommended. 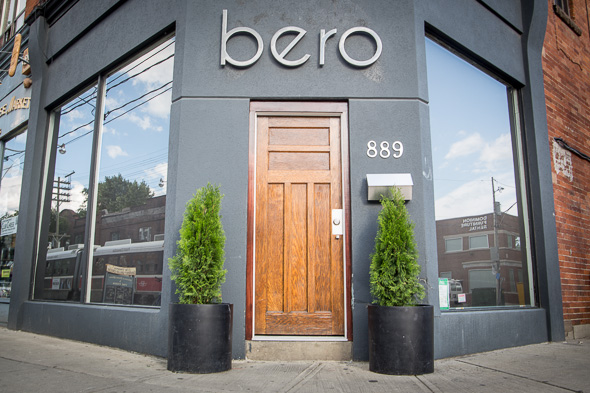