Bar Vendetta is a pasta and wine bar that serves muffuletta sandwiches in the afternoon and nachos late at night.

The bar takes up residence in the old Black Hoof space and is still run by the same team, with Jen Agg (Grey Gardens, Cocktail Bar, Le Swan) at the helm. 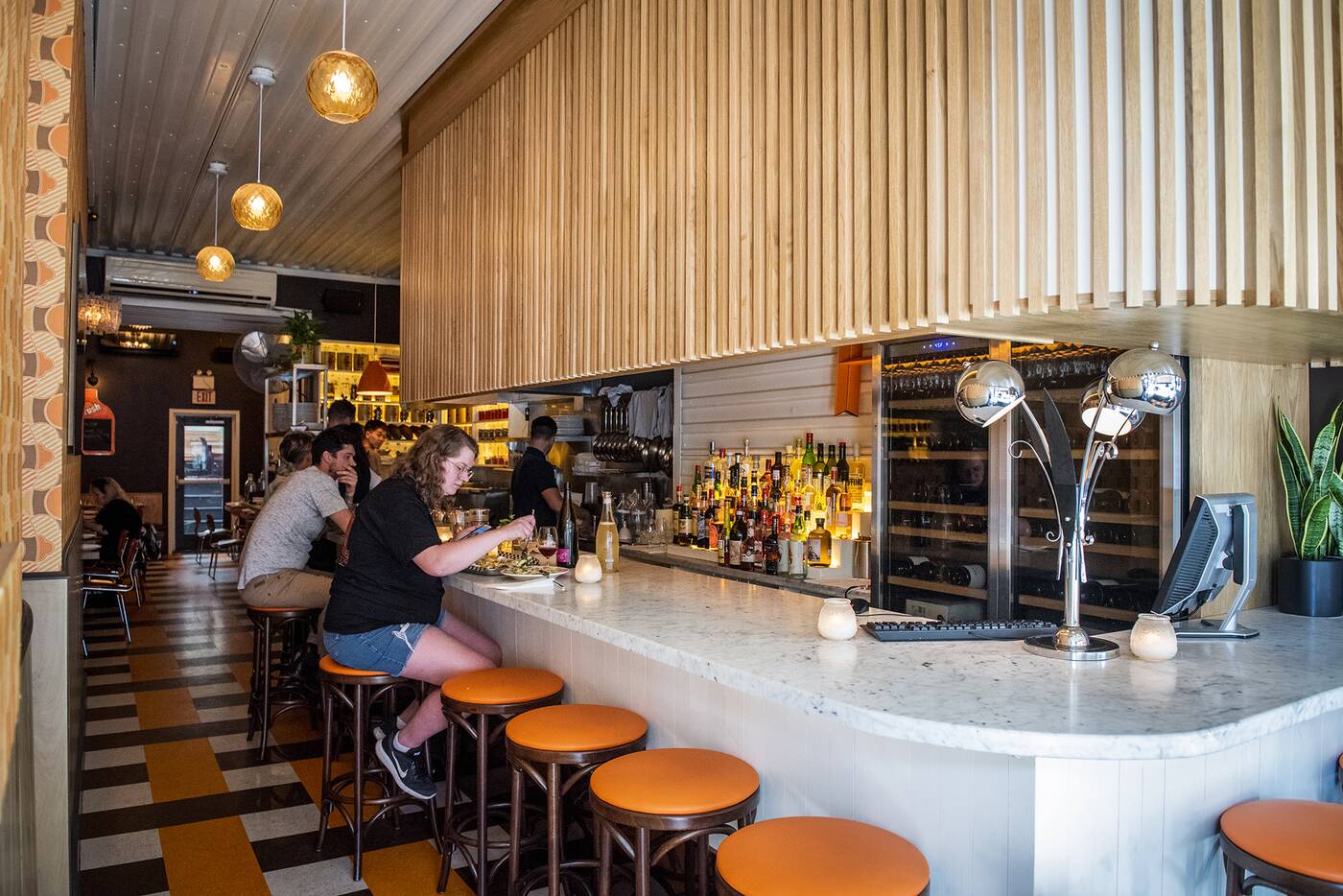 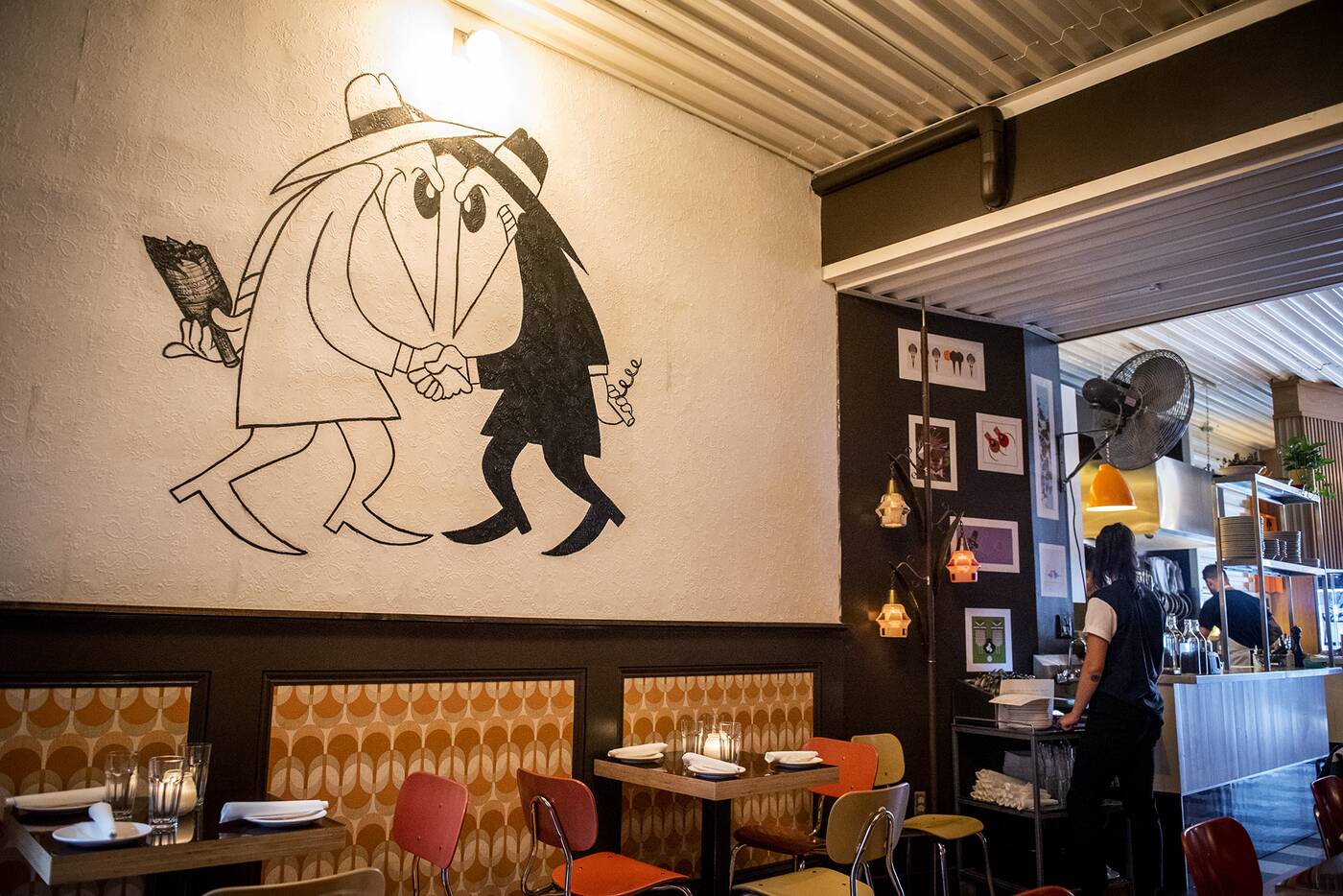 Otherwise it's been blanketed in a comforting retro scheme of browns and oranges, a Debbie Harry poster presiding over the 15-seat bar, golden oldies like "Fortunate Son" and "Boys of Summer" playing on the sound system. 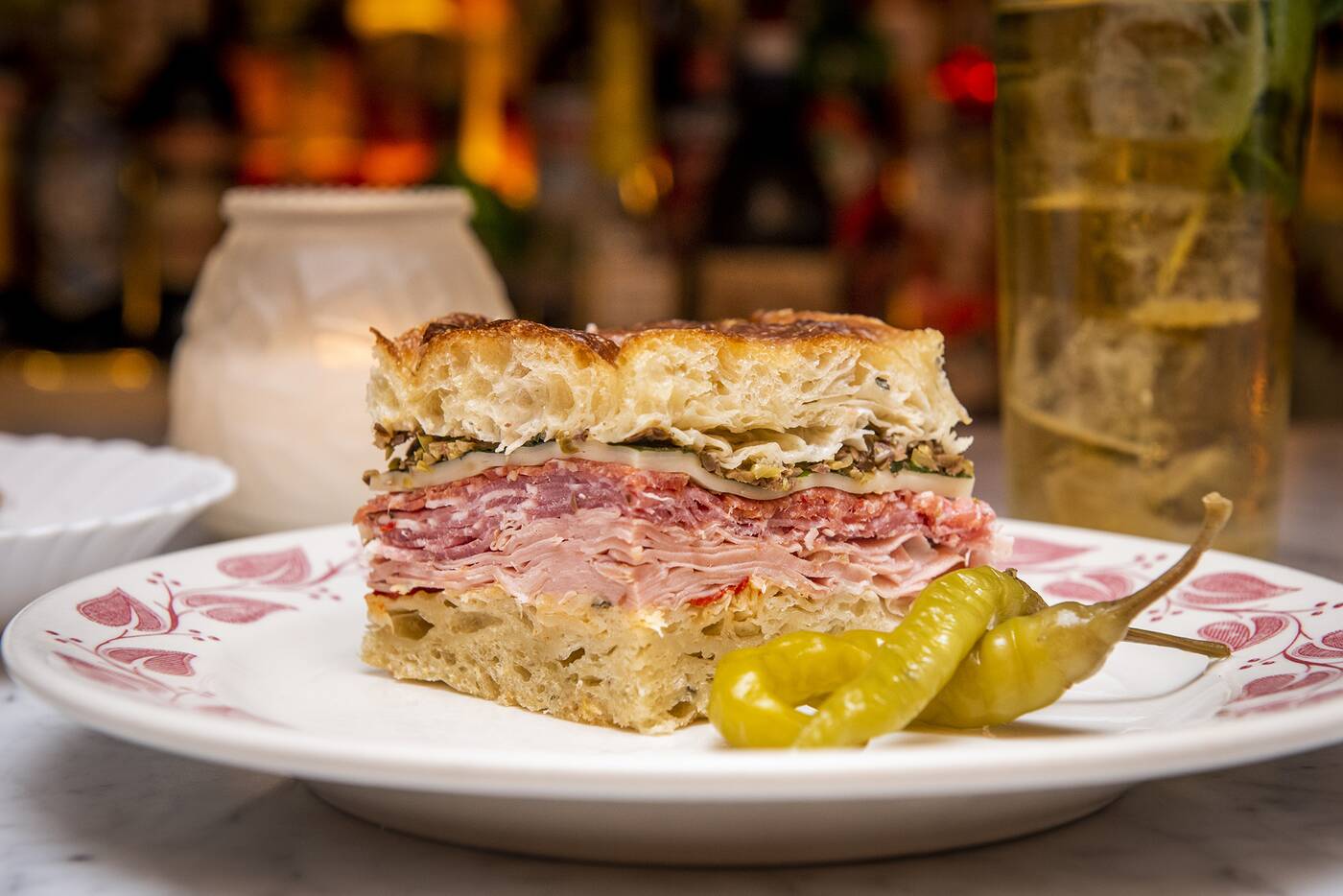 Bar Vendetta serves muffuletta sandwiches ($10) exclusively from 3 p.m. until 5 p.m., when the rest of the menu starts being served.

Imported mortadella, Genoa salami and capicolla along with scarmozza, olive tapenade, marinated roasted red peppers and basil are layered between squares of house sourdough focaccia and pressed into a dense meaty brick overnight. 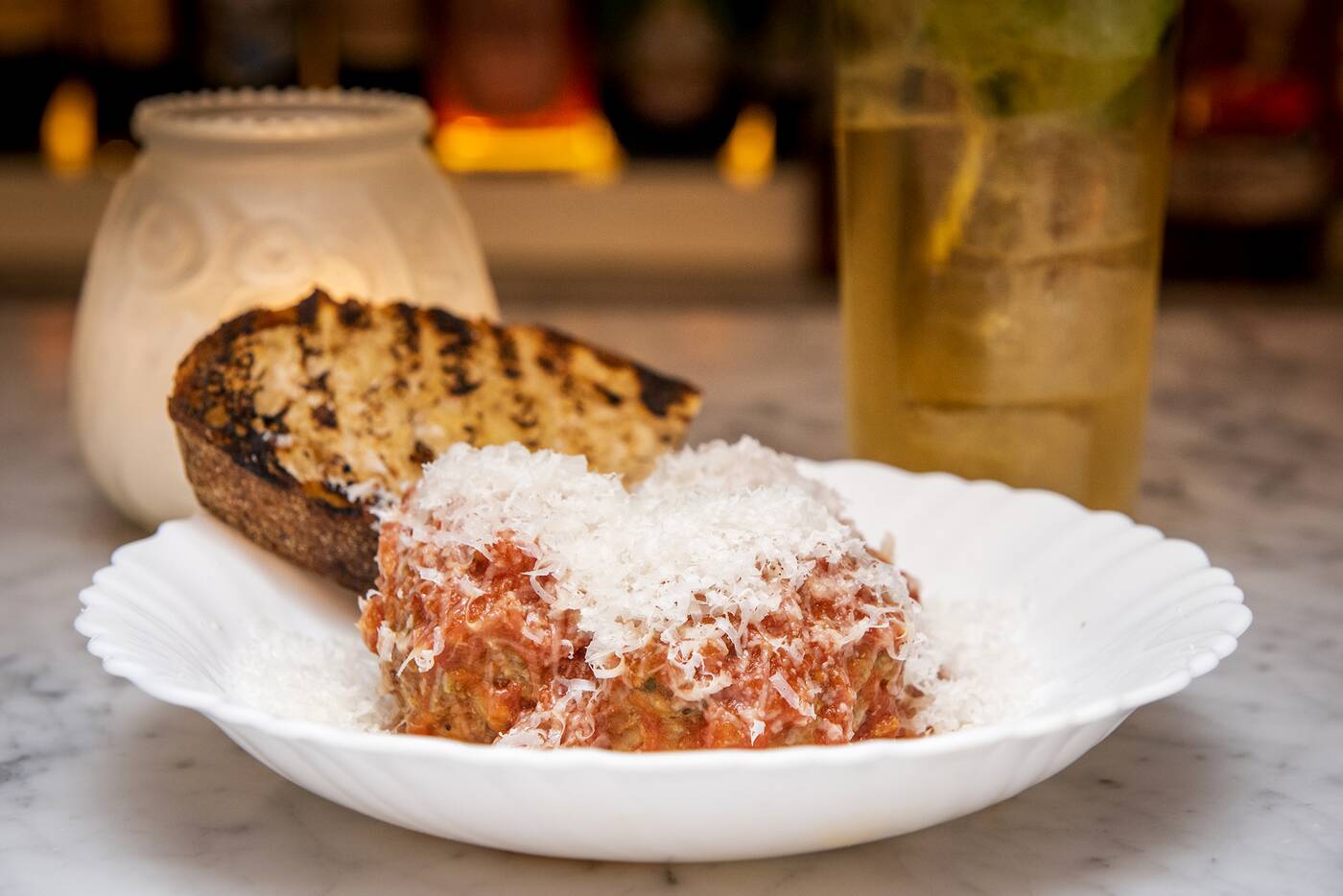 Meatballs are one of the most affordable options at $8, a combination of beef, pork, veal, onions, garlic, breadcrumbs, and egg smothered in a sauce made from high quality Californian Bianca di Napoli Canned tomatoes.

The tomato sauce actually starts from the same base sauce every time, meaning it only gets richer each time it’s served. Meatballs are finished off with parm and served with grilled sourdough rubbed with garlic. 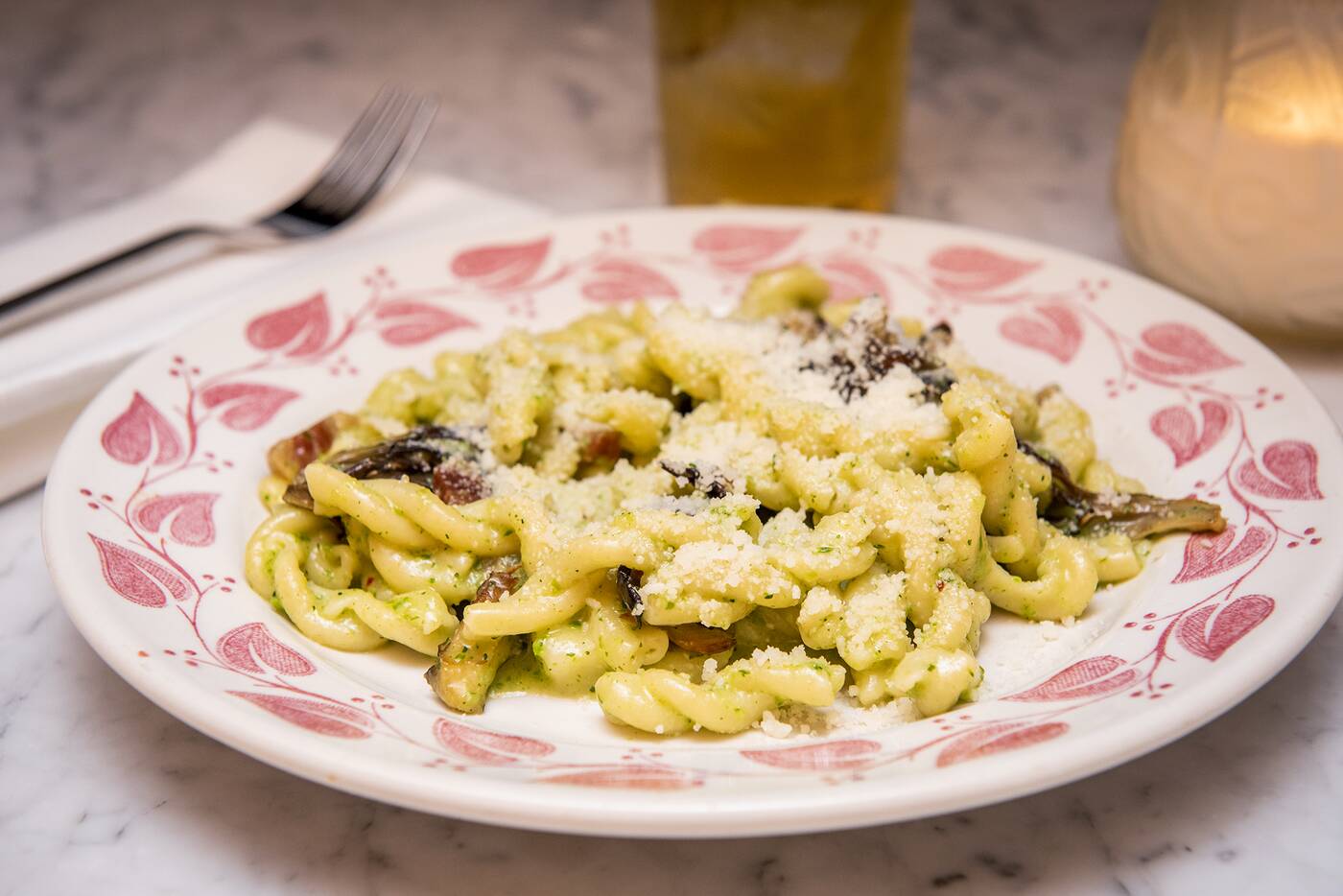 Trecce goes for $17, all pastas either $17 or $19, handmade across the street in a commissary space.

With less egg than some of the other pastas on the menu, it’s softly twisted to snuggle a creamy, coarse broccoli pesto enriched by anchovy, garlic, olive oil and lots of taleggio.

Studded with crispy nuggets of house guanciale and mushrooms, it's topped with pecorino. 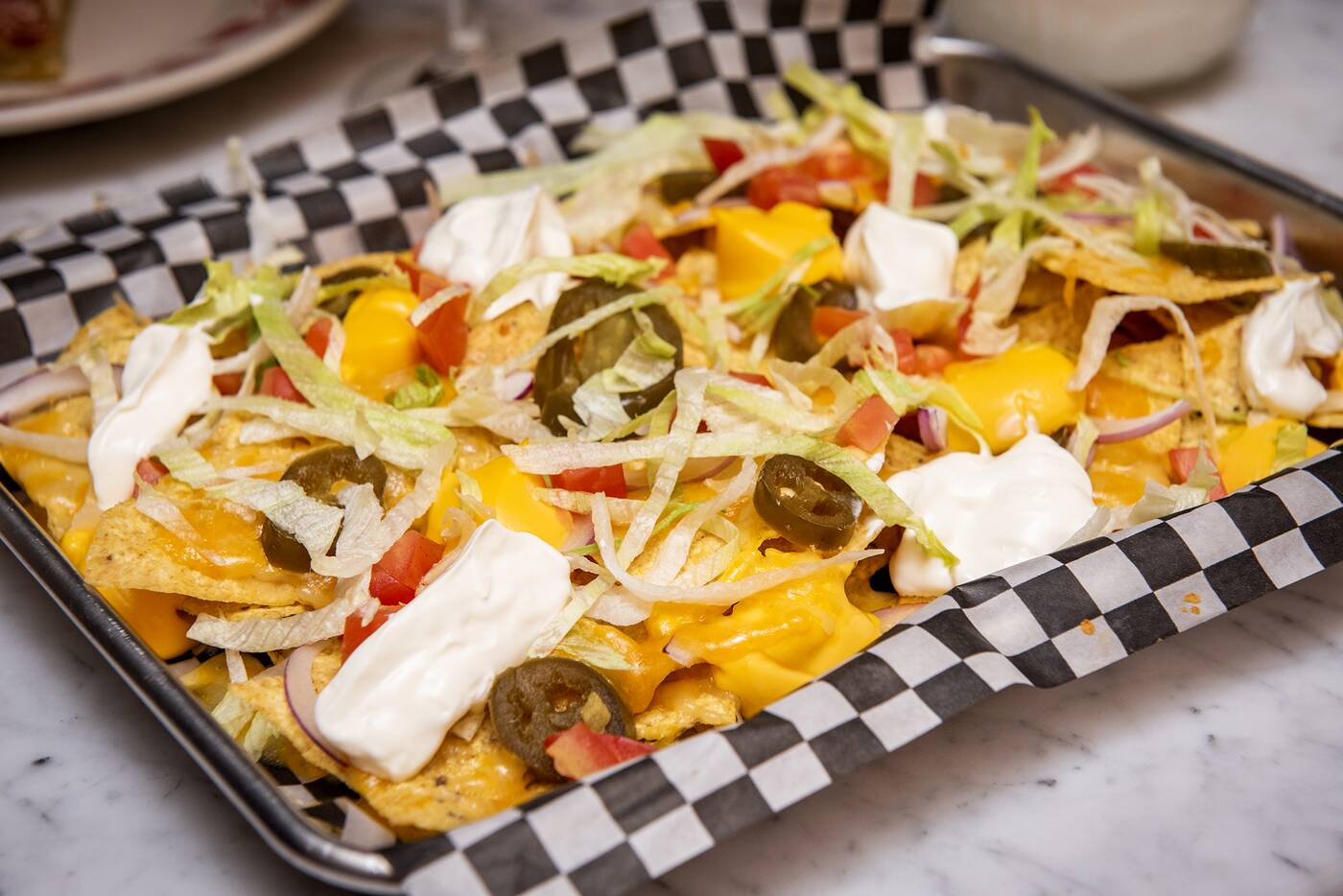 Nachos ($18) are all that's served from midnight until 2 a.m., part of the Bar Vendetta’s move to cater to an industry crowd (that includes being closed on Fridays and Saturdays).

It's a cheffy take on nachos that's not the largest or most decked out, yet feels perfect. 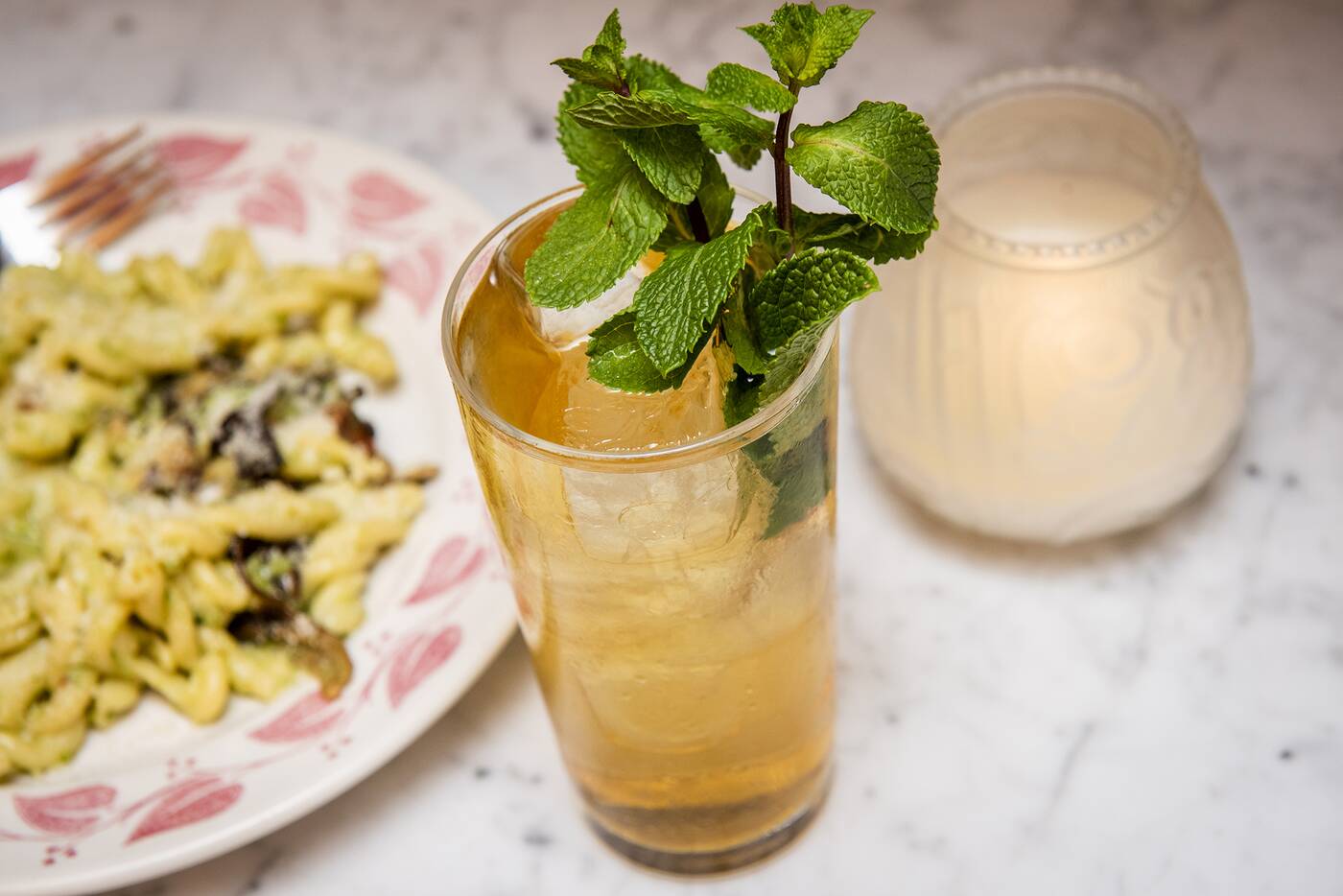 The Double Cross ($10) is one of a selection of still or sparkling vermouth highballs. Lillet, vetiver absinthe and peach tea combine for a hard iced tea effect with a bit of refinement, garnished with a big mint sprig. 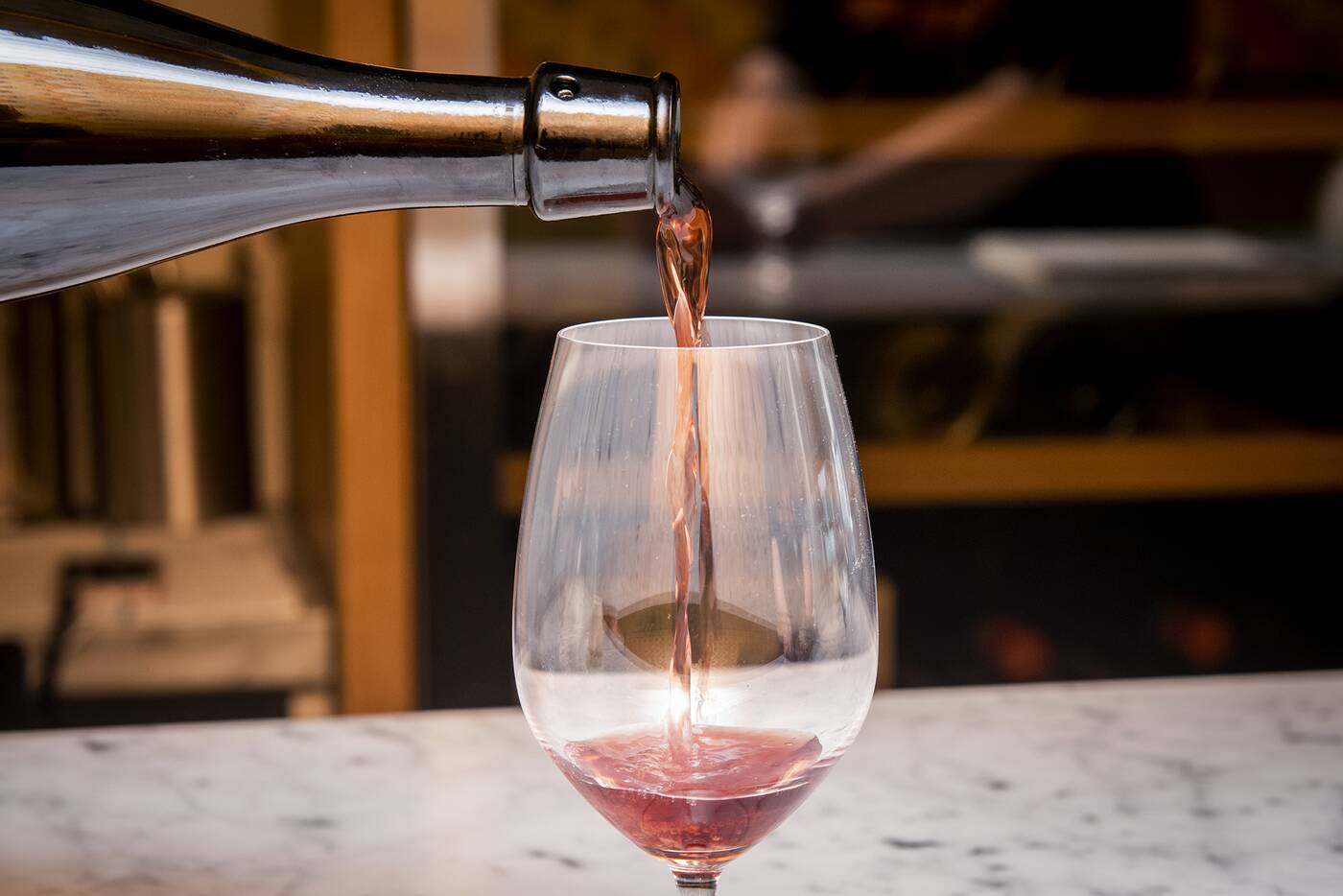 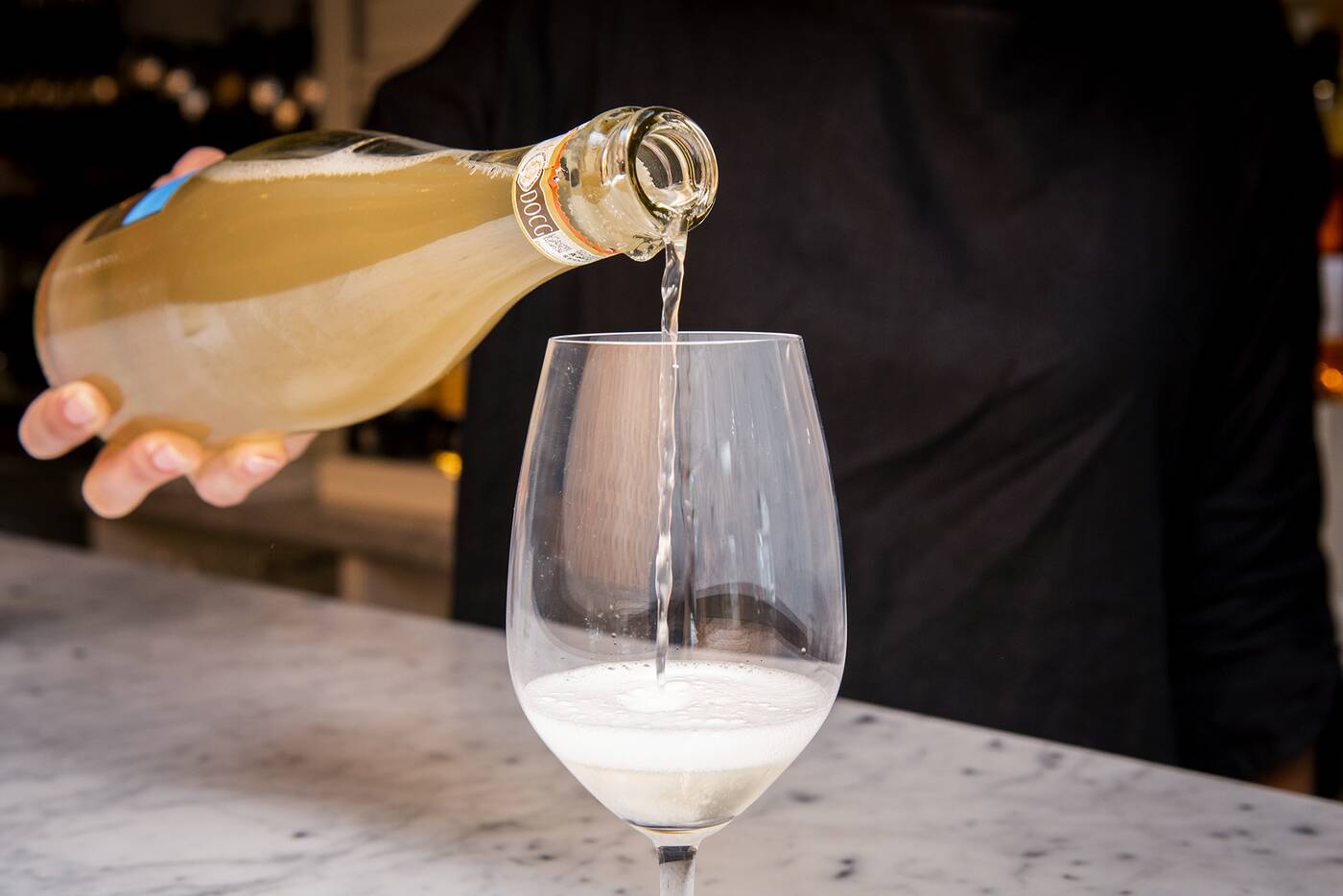 For wines by the glass, opt for a fresher example of an Italian prosecco ($15) bottled with natural sediments. 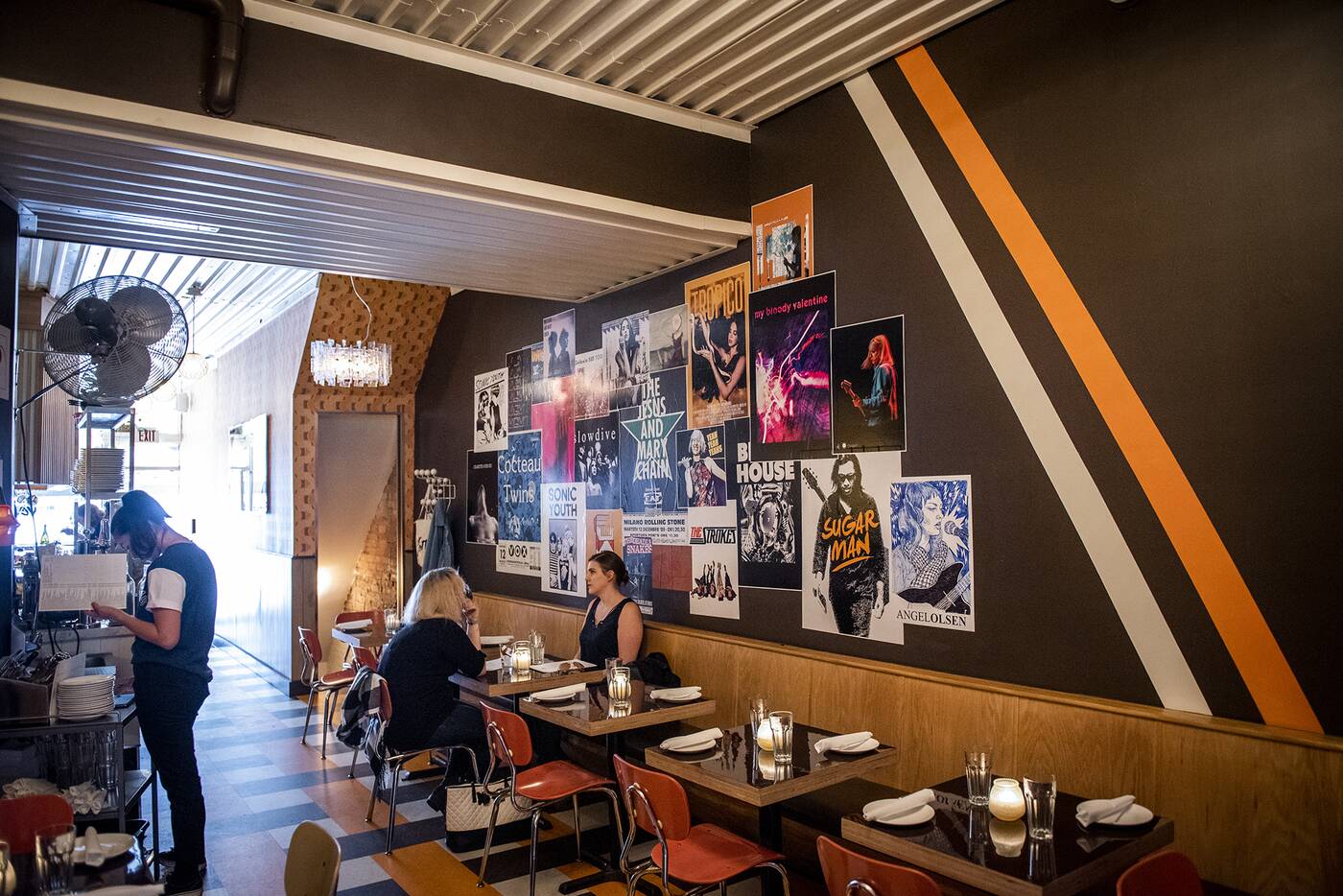 The legendary Hoof patio has been given a rehaul as well, decorated with the same Spy vs. Spy motif as inside and seating about 20. 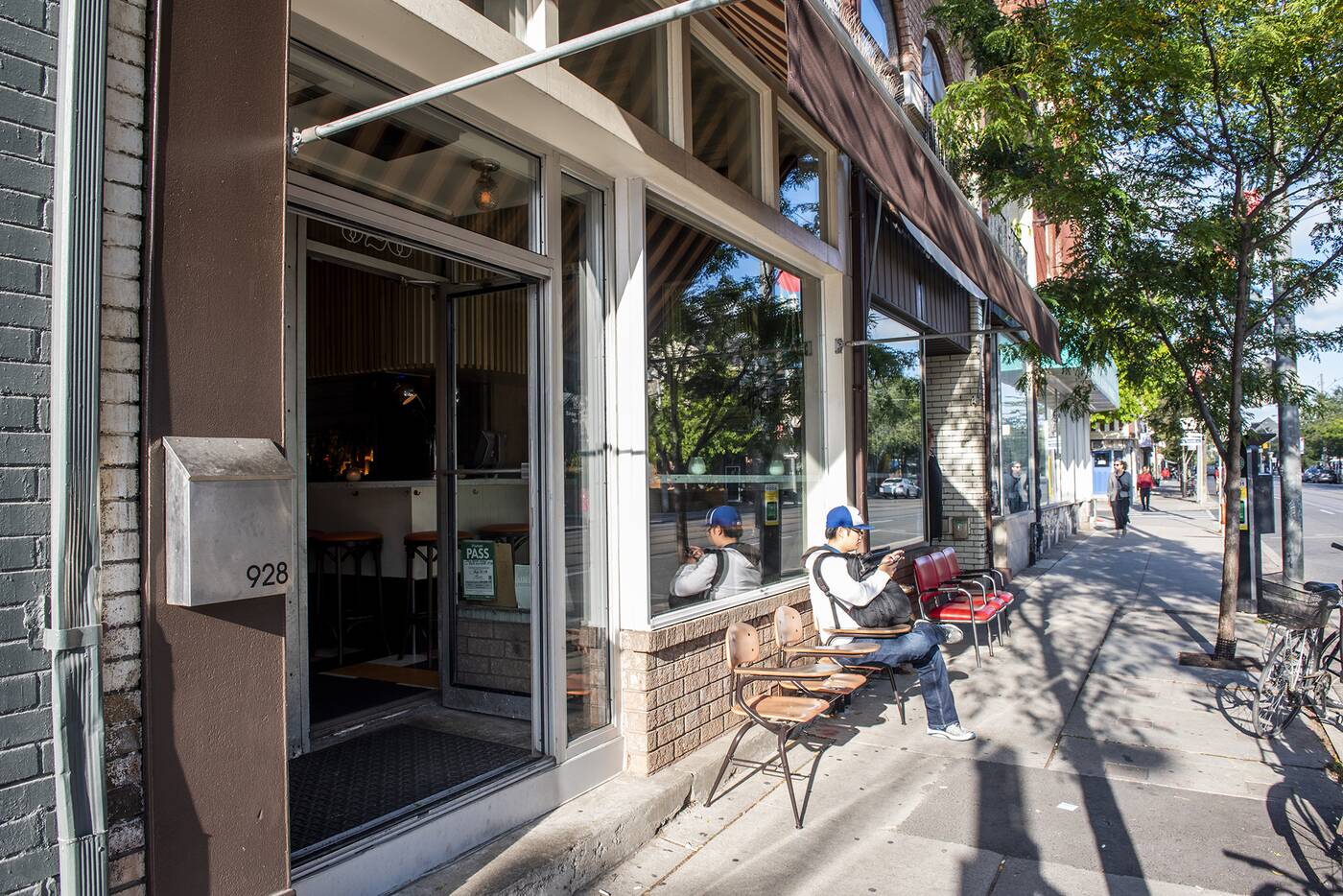