Baked on Brock slings their own house-made sorbets, juices, smoothies and sandwiches along with Greg’s all natural ice cream that's offered in inventive ways like wrapped in bubble waffles or turned into thick shakes. 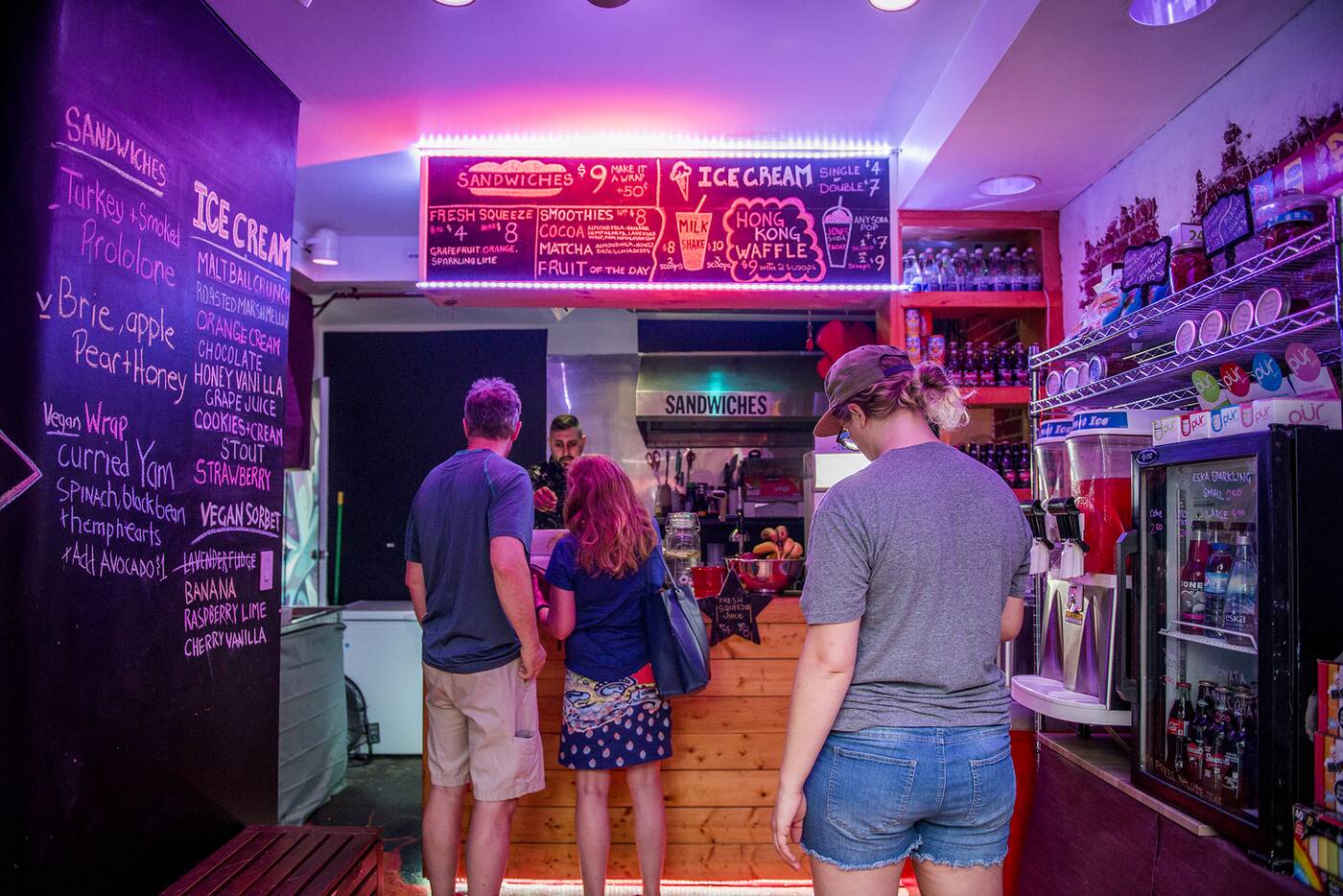 Just a few steps further up Brock than pocket coffee shop Haven, this spot is still owned by the same folks but is now being rented by John Lee, a photographer by day who thought this would be the perfect way to subsidize his milkshake habit while sharing his passion with others. 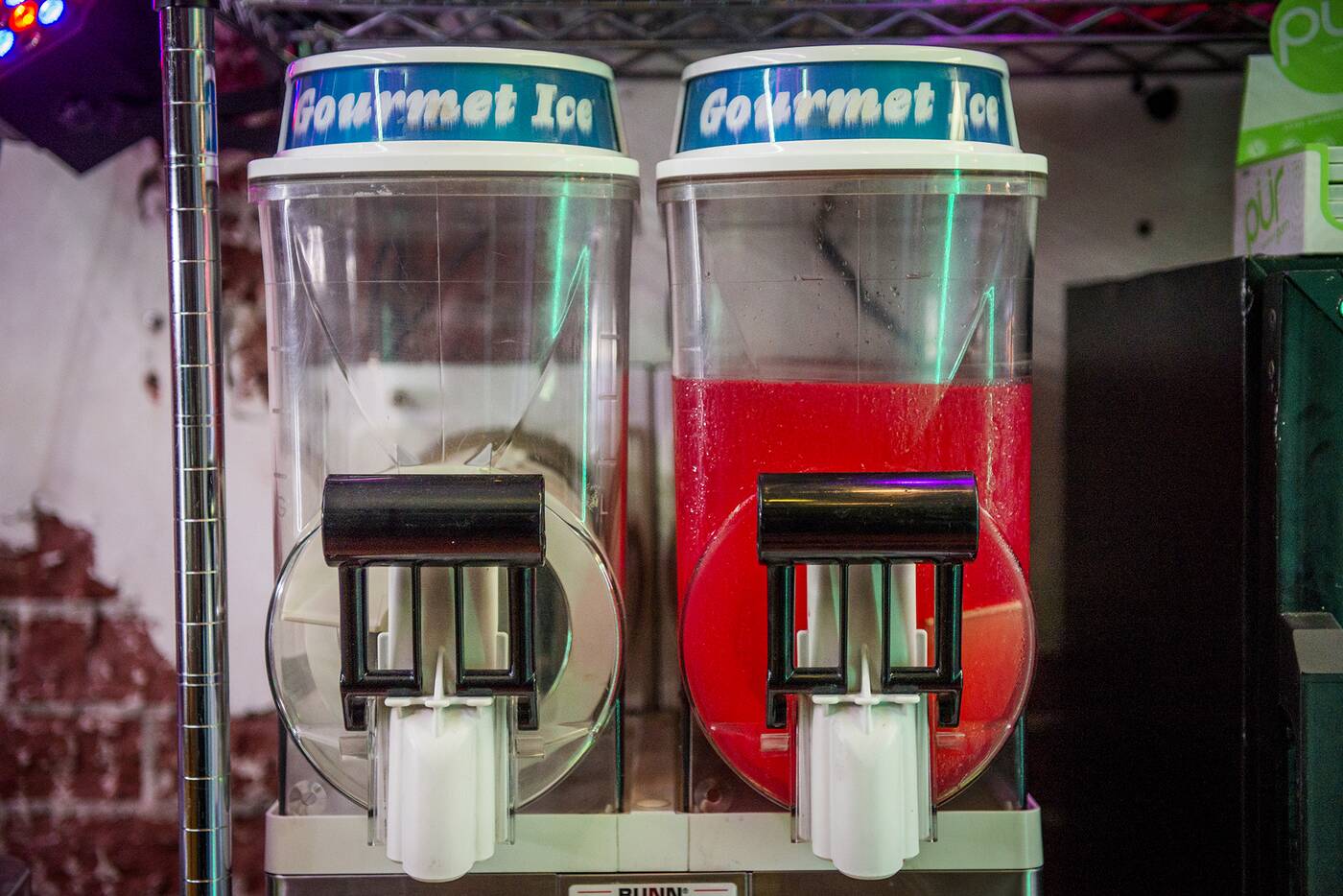 There’s not much space to speak of, just a counter inside with a few mini fridges holding juices and sodas. All sorbets are made right here, with two blenders. Grapefruit and champagne are some of the more popular flavours, though banana and lavender fudge are also standouts. 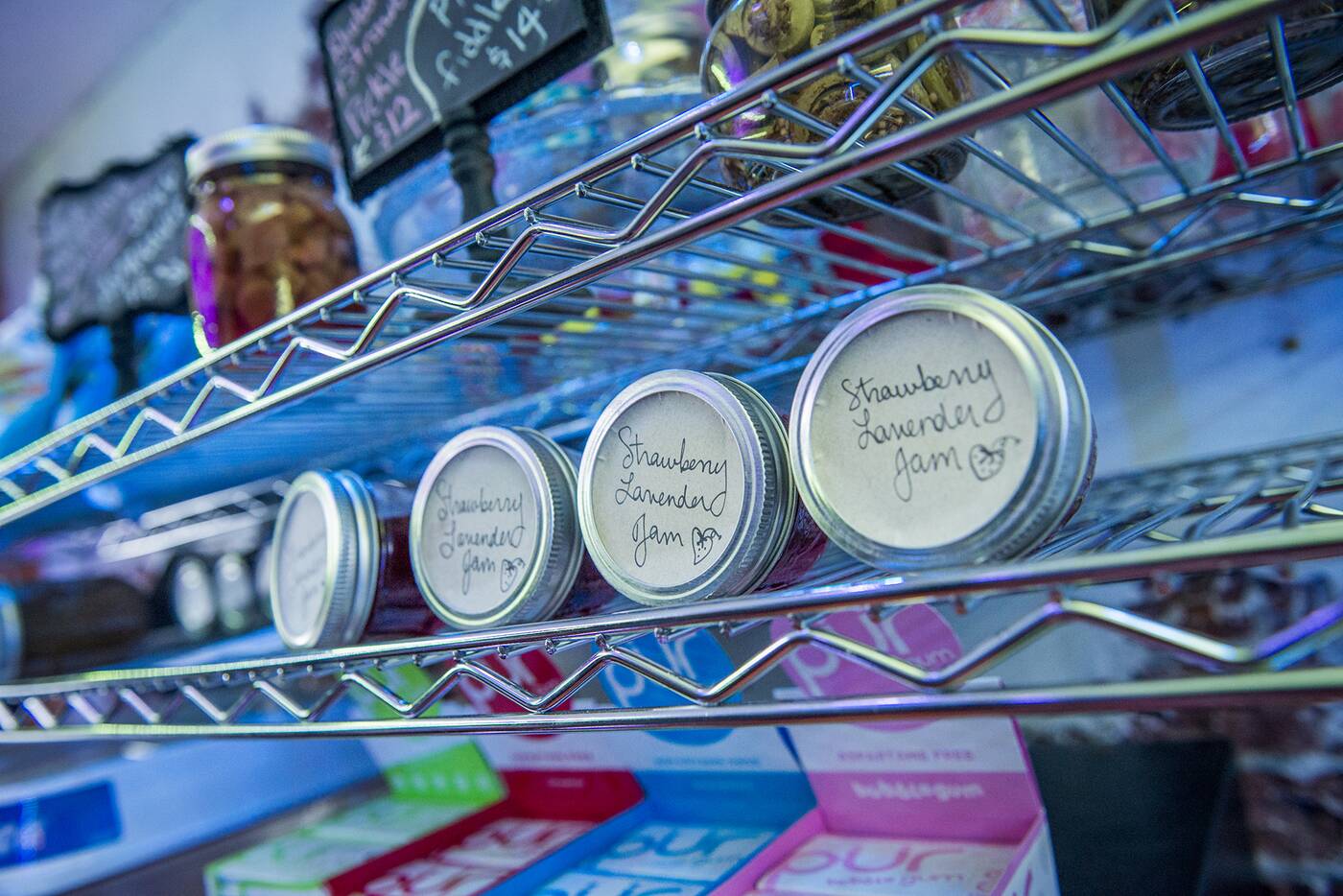 Other than drinks, shelves also hold other house products like jams, which were actually something Lee was toying with before sorbets and the like. 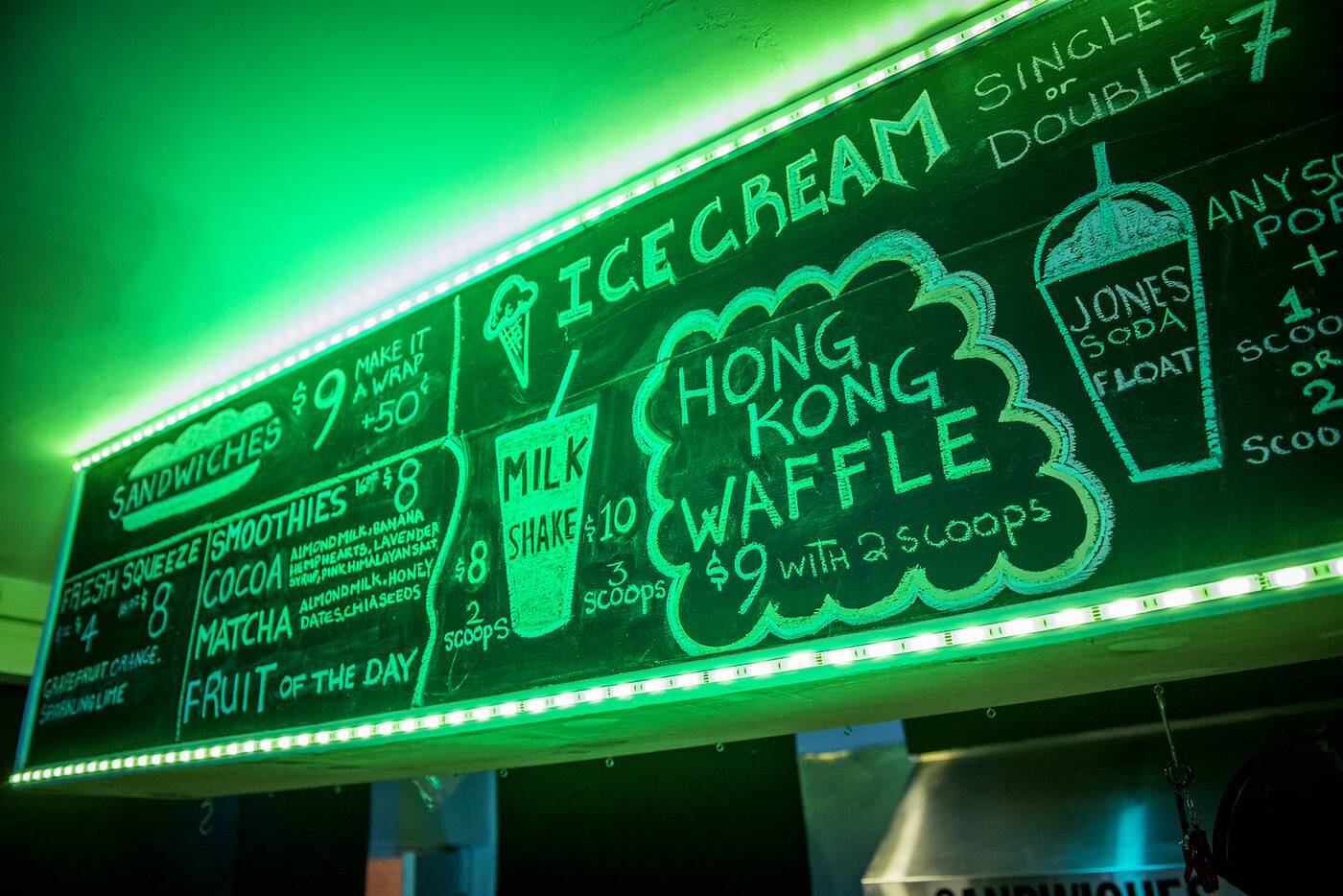 Lee changes up the fun flavours on his menu regularly. Here you'll find a selection of ice cream options like roasted marshmallow, honey vanilla, orange cream, and stout, though regulars like like strawberry tend to stick around. 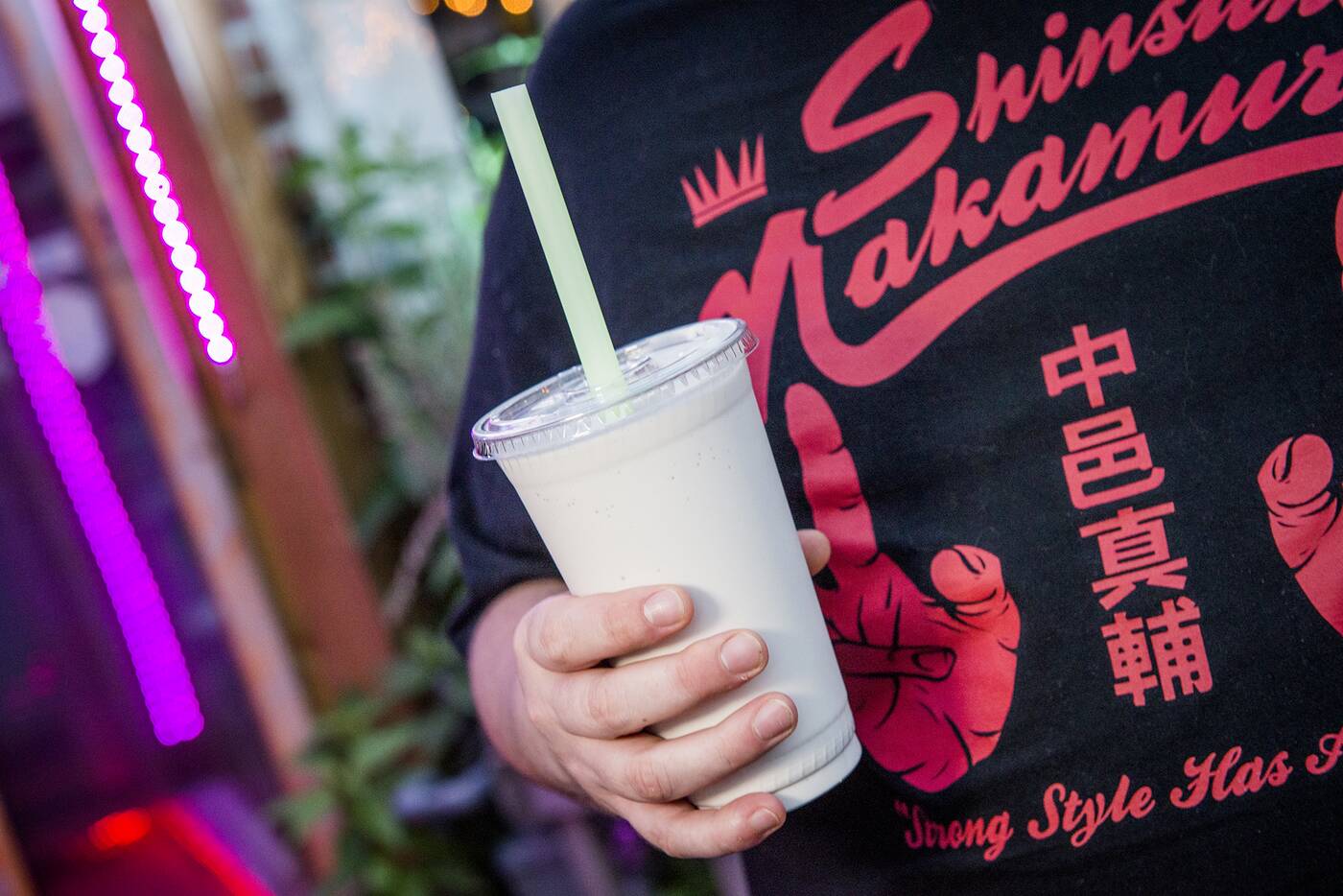 This allows for creations such as the grape juice milkshake ($8 for two scoops, $10 for three...obviously we went for three) made ultra-thick using a Hamilton Beach machine, the same one used at legendary diners known for their shakes such as the Lakeview. 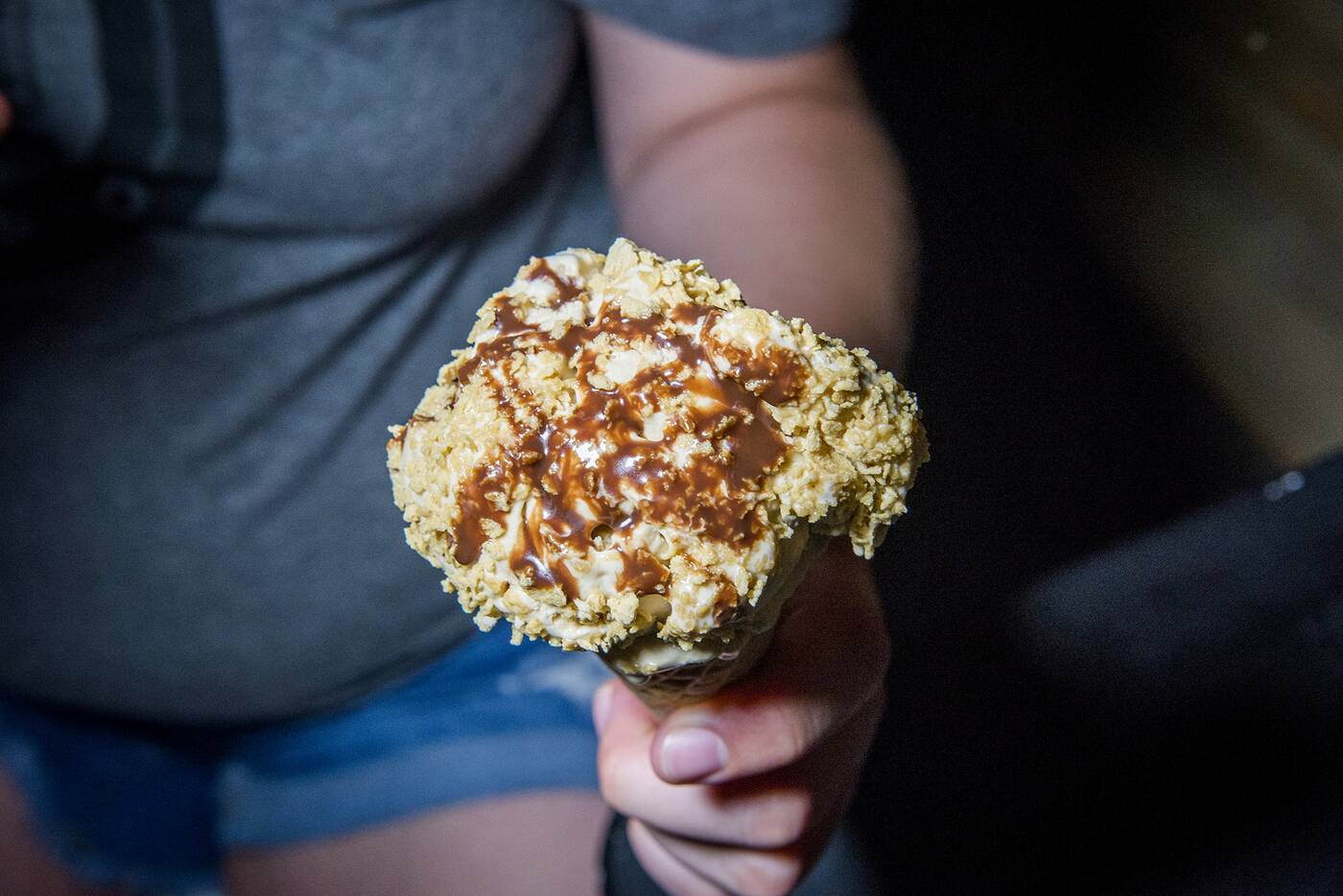 A single scoop ($4) of roasted marshmallow on a cone tastes really smoky and toasty, and Lee tops it with some crunchy maple flakes that bring out the sweetness. It's also drizzled with Nutella syrup for some extra indulgence. 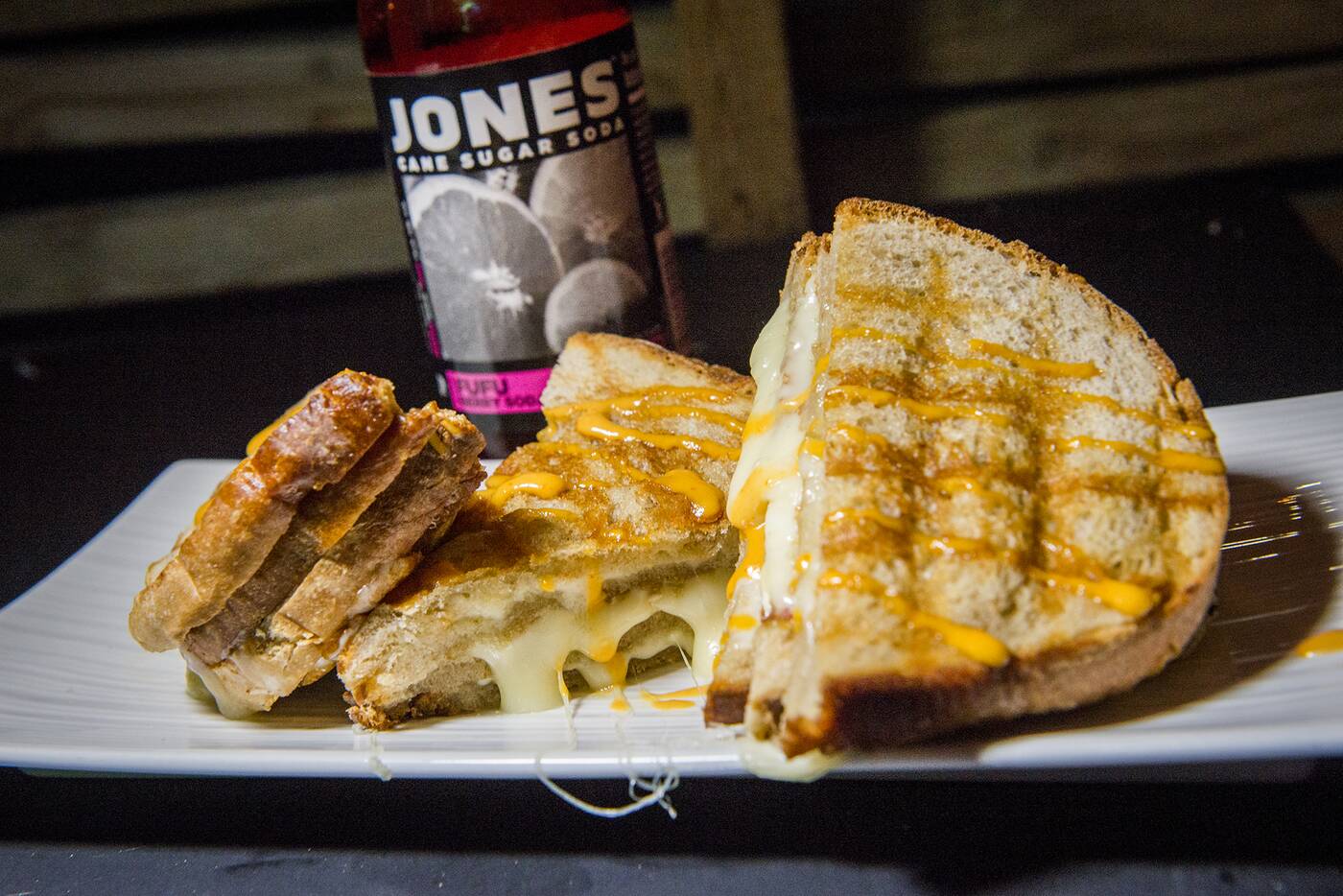 All sandwiches are $9, including a triple grilled cheese with jalapeno havarti, smoked provolone, and brie on rye. 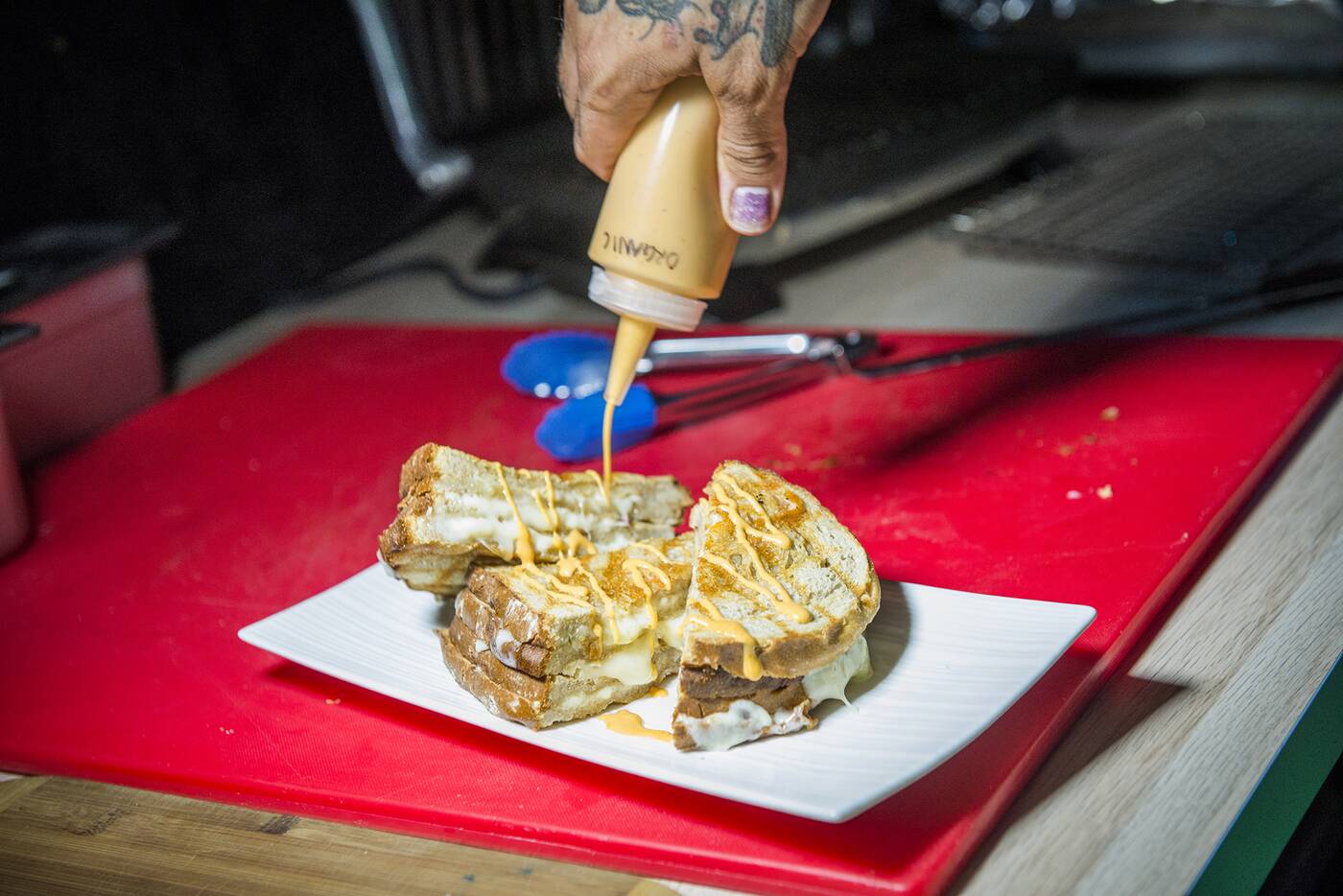 A little sriracha mayo adds a kick to the gooey mountain of cheese. 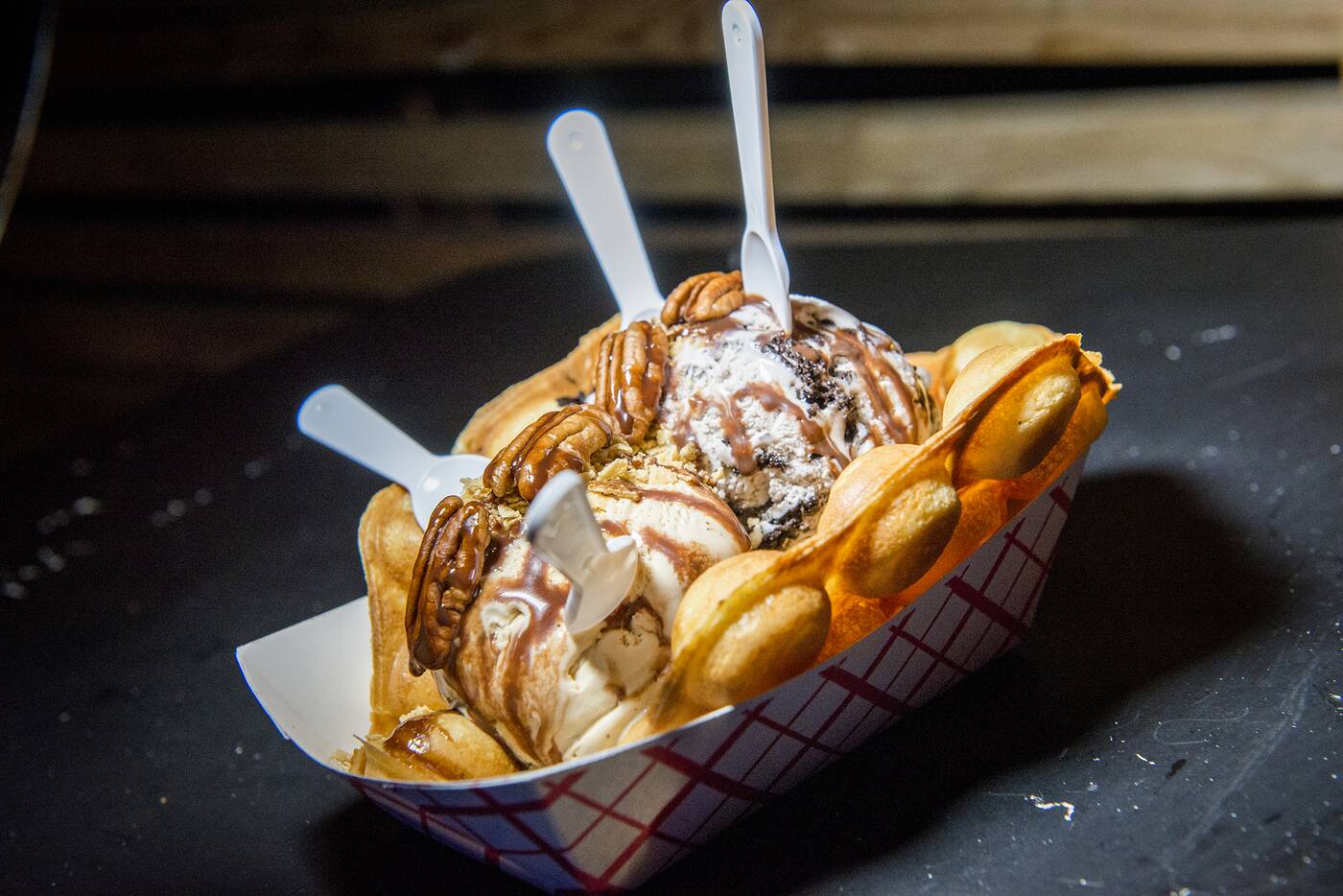 A Hong Kong waffle ice cream taco is also $9 for two scoops on a fresh made bubble waffle.

We add a scoop of cookies and cream to our roasted marshmallow this time, and again Lee tops the whole thing with Nutella syrup and maple flakes, as well as some crunchy, woody pecans to complete the picture. 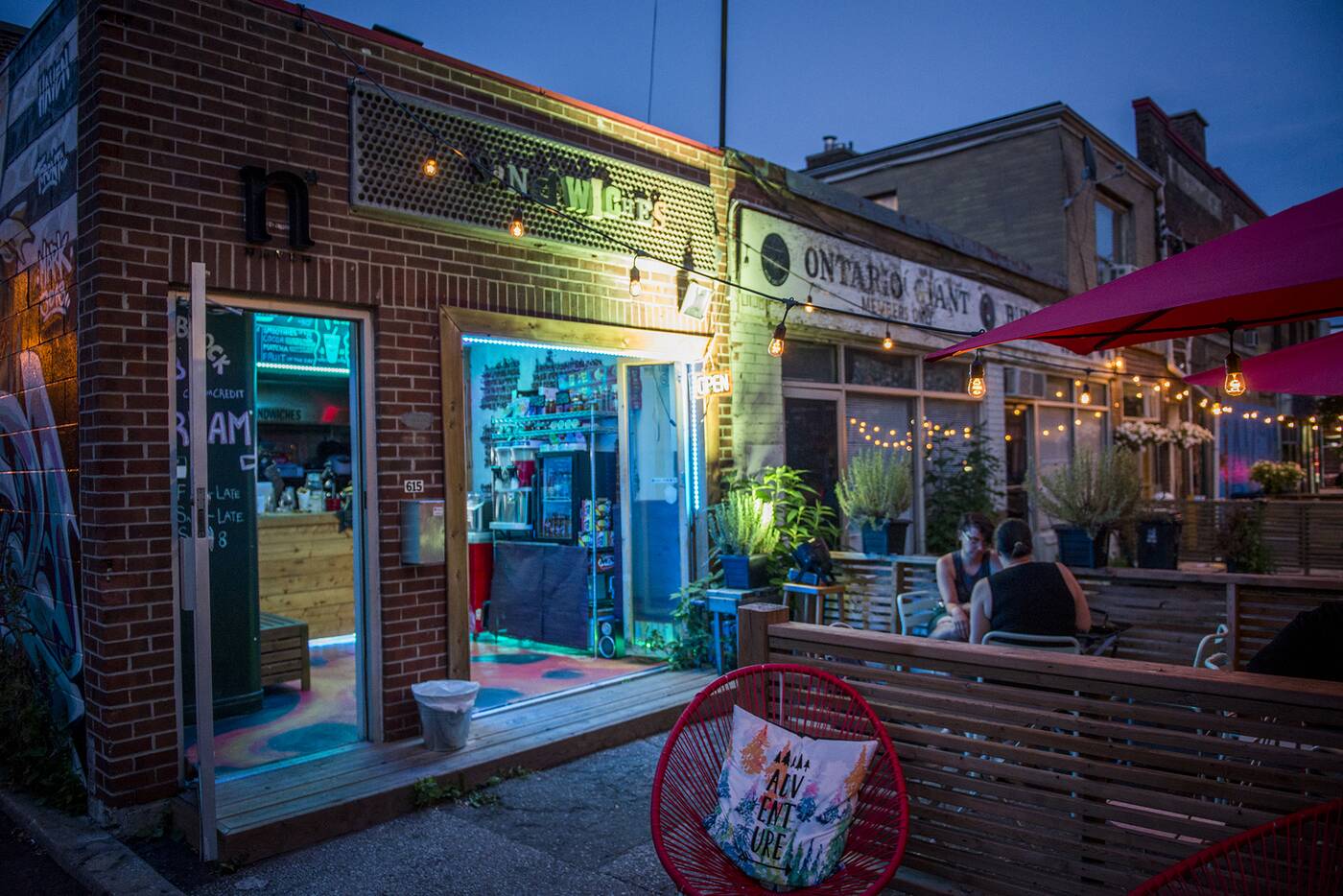 Despite its size, Baked on Brock does boast an eccentric little patio done up with funky chairs, umbrellas and cool pillows, which is something not many tiny ice cream spots have.