Avelo is a tiny plant-based restaurant offering tasting menus on the first floor of an historic home.

This iteration of the now-closed vegan favourite Awai transforms an old brick-clad building from the 1880s into a quaint destination for five ($65) and eight- ($95) course meals, made from seasonal ingredients by a team of chefs. 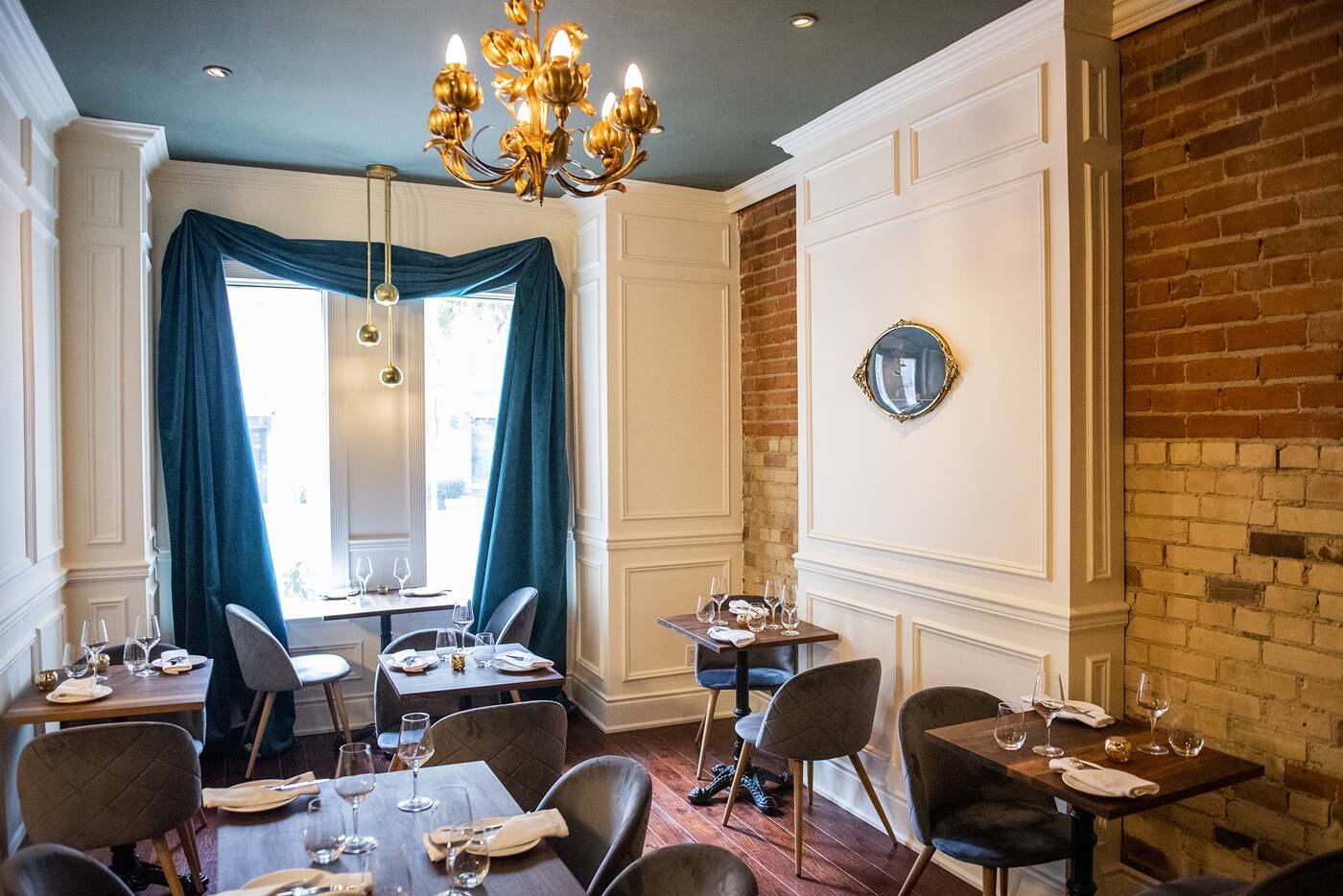 Hazel Cottage, as the house has officially been designated, has been home to a series of French restaurants since the 1970s, at least, and is just one of several Victorian homes that line this picturesque and fairly unknown street.

Owner Roger Yang says the home's historic title is what inspired the name Avelo, which translates to Hazelnut in Esperanto. Fun fact: the Hazel Cottage was actually the first venue of choice for Awai before it opened more than two years ago. 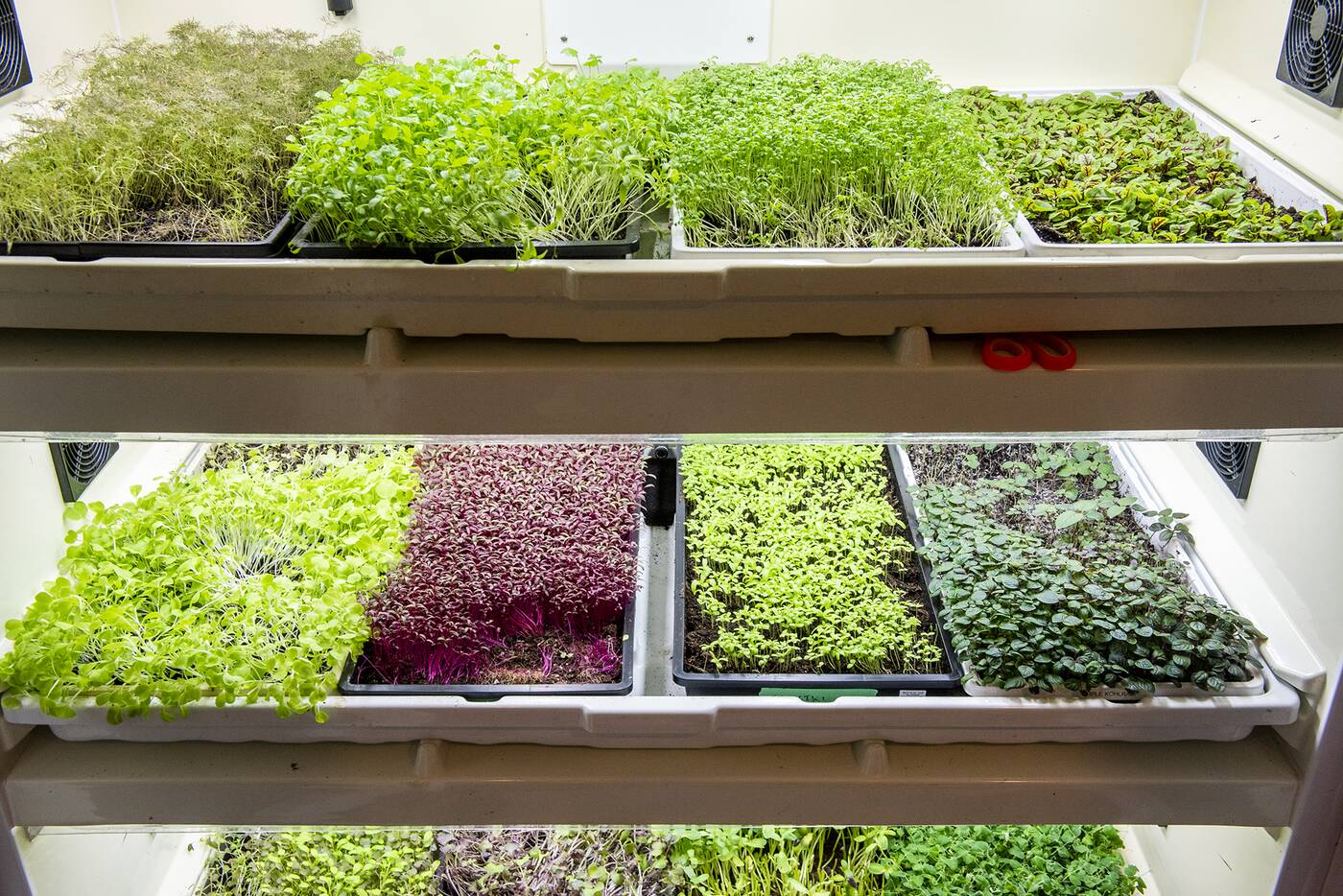 With a 22-seater dining area outfitted with crushed velvets, a massive floral staircase art by Alexander Bacon (the same artist behind Piano Piano's famous facade), and a blown up mural of work by Johannes de Heem, the restaurant sits somewhere between upscale and pastoral. 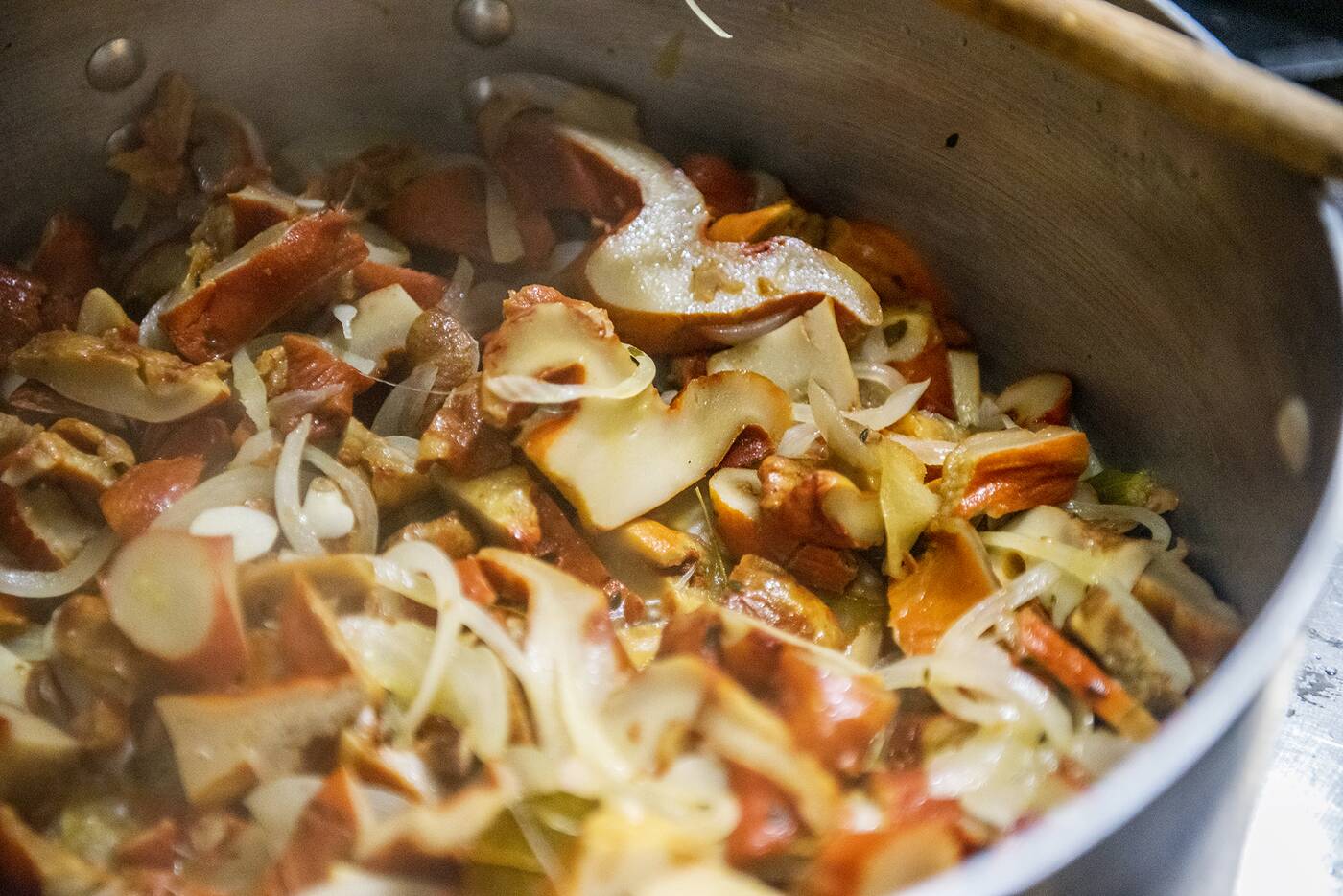 The concept behind Avelo isn't much different than Awai: plant-based meals, with more amuse-bouches. 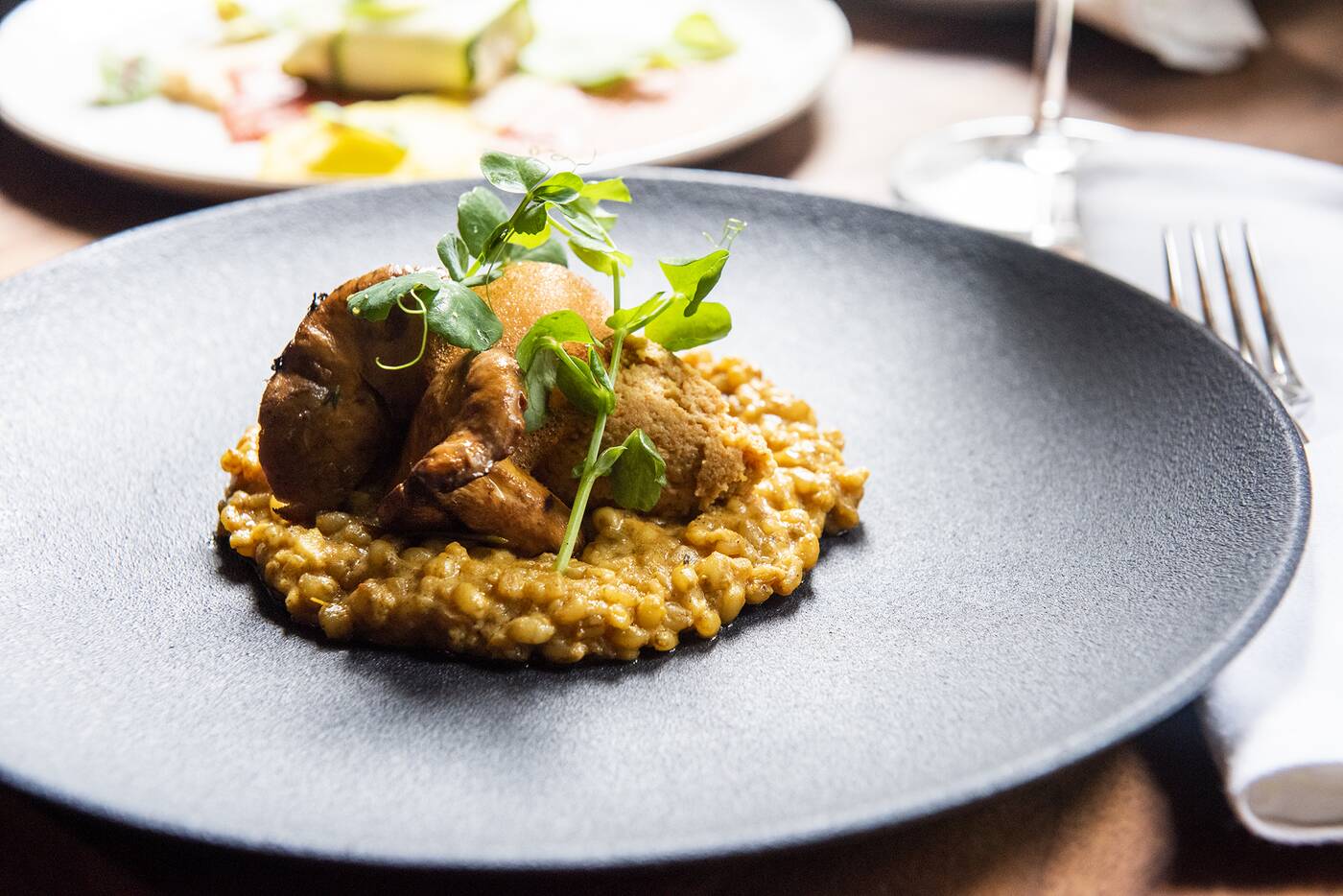 A delicious risotto made with wheat berries, juicy lobster mushrooms, and grilled chanterelles is topped with some delicate carrot and lemon foam. 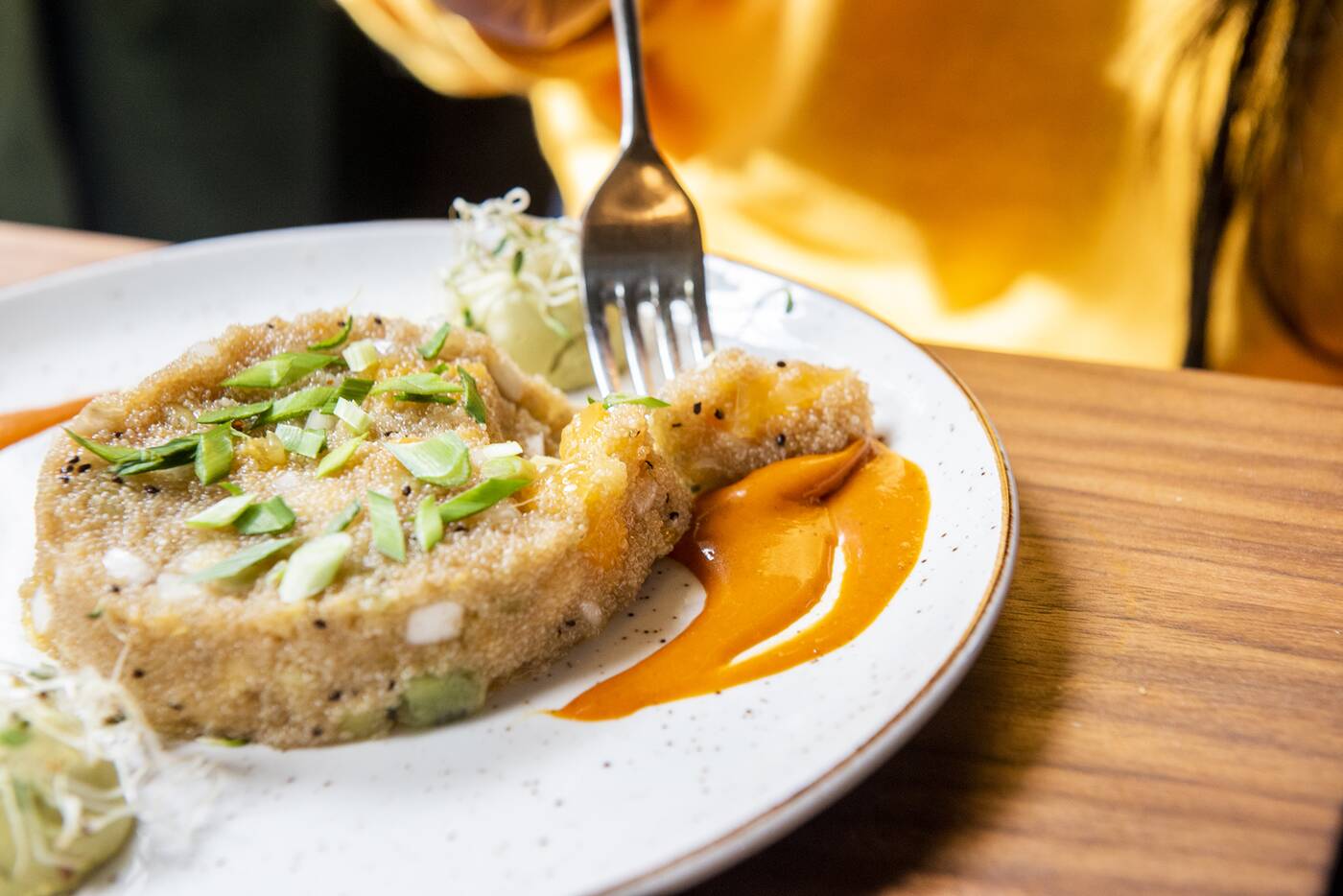 An amaranth seed salad has kiwi, orange, Asian chives, and endives, with a smearing of maple goji berry dressing and cheese made from sunflower seeds and pumpkin seeds. 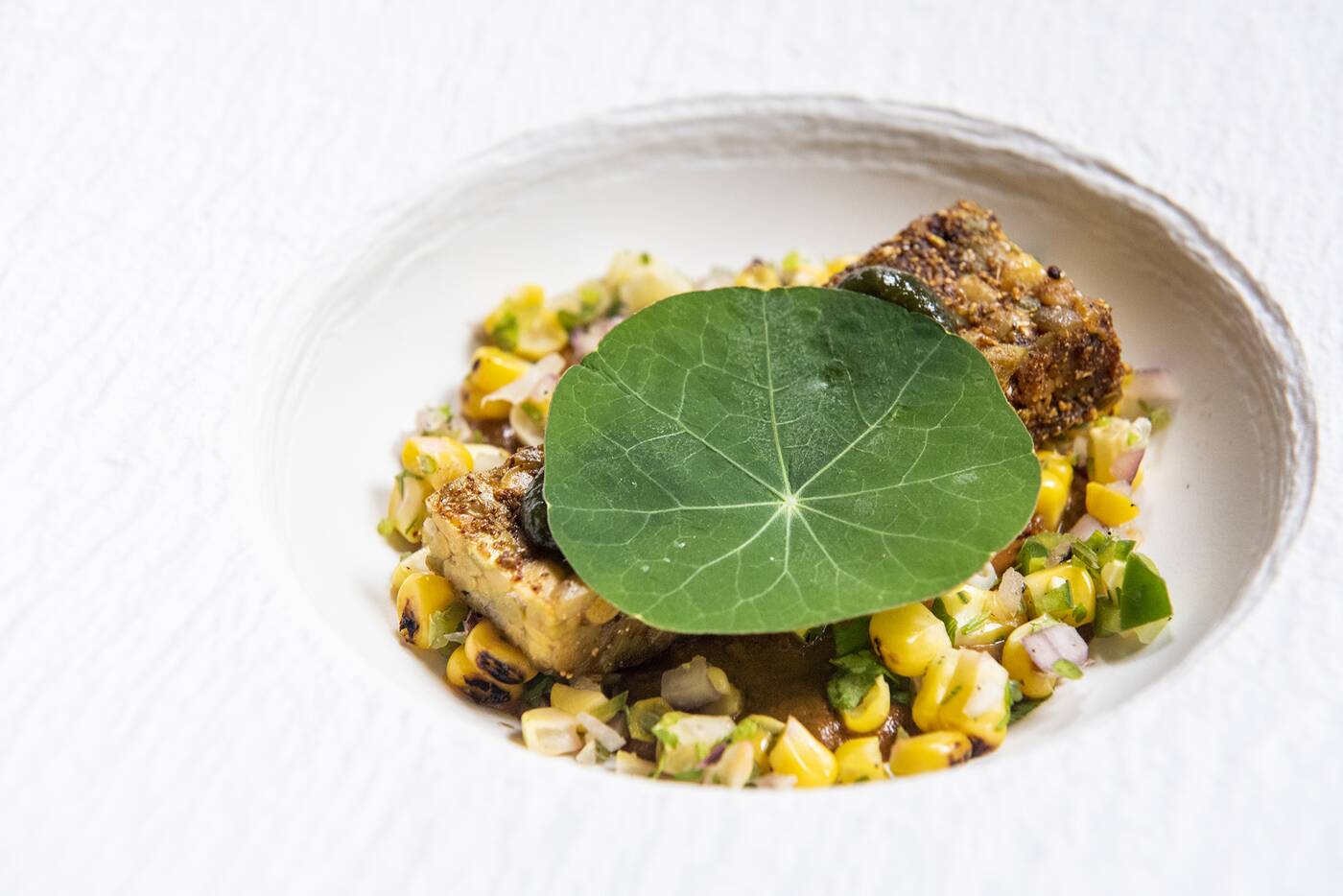 A house tempeh made from green and yellow split peas is served with corn salsa, dry adobo, an unreal 30-ingredient mole and a mustard-y nasturtium leaf. 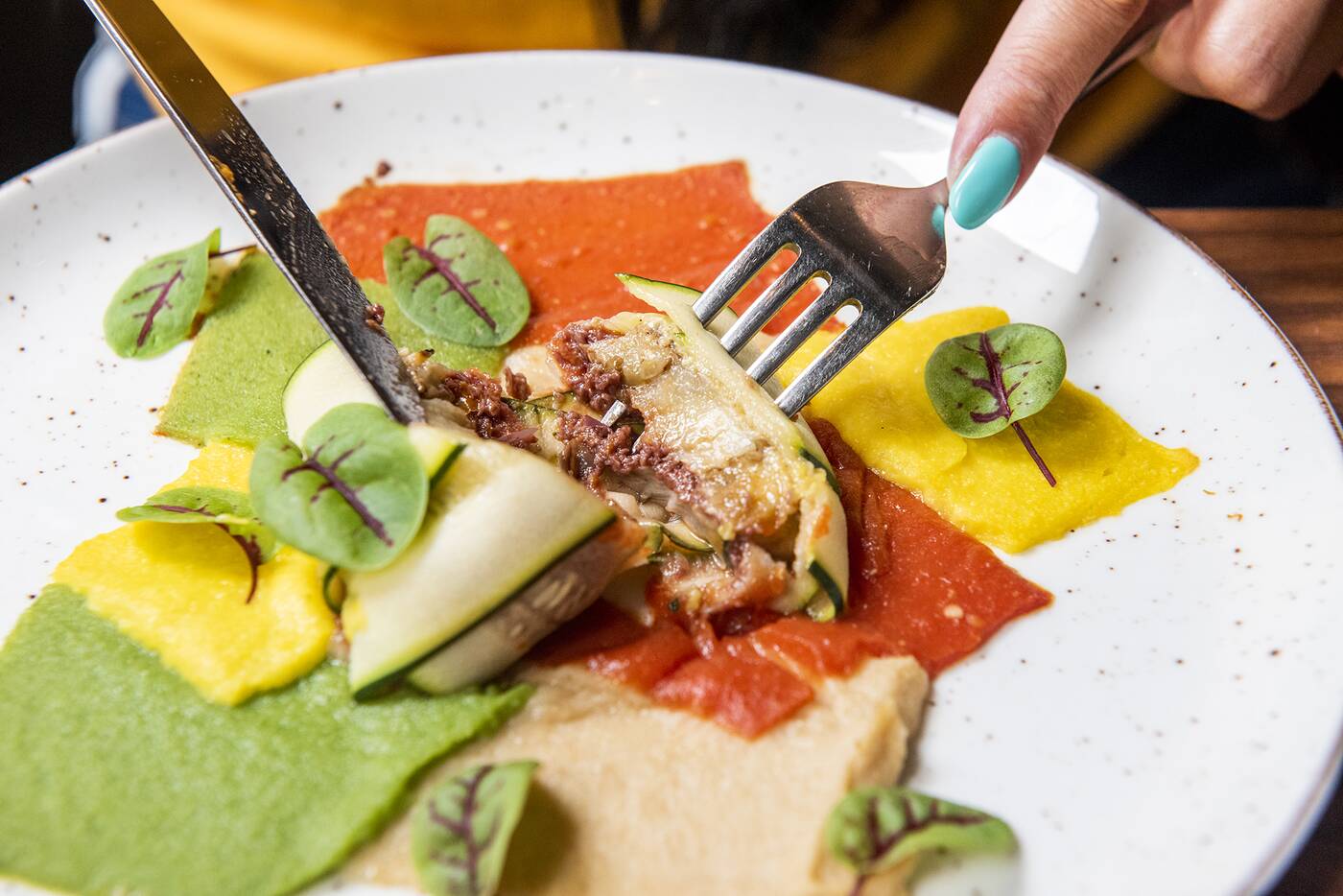 There's a caponata made with sun-dried tomatoes and a zucchini-wrapped eggplant. Colourful square-shaped purees are made from roasted tomatoes, celery root, and broccoli mint. 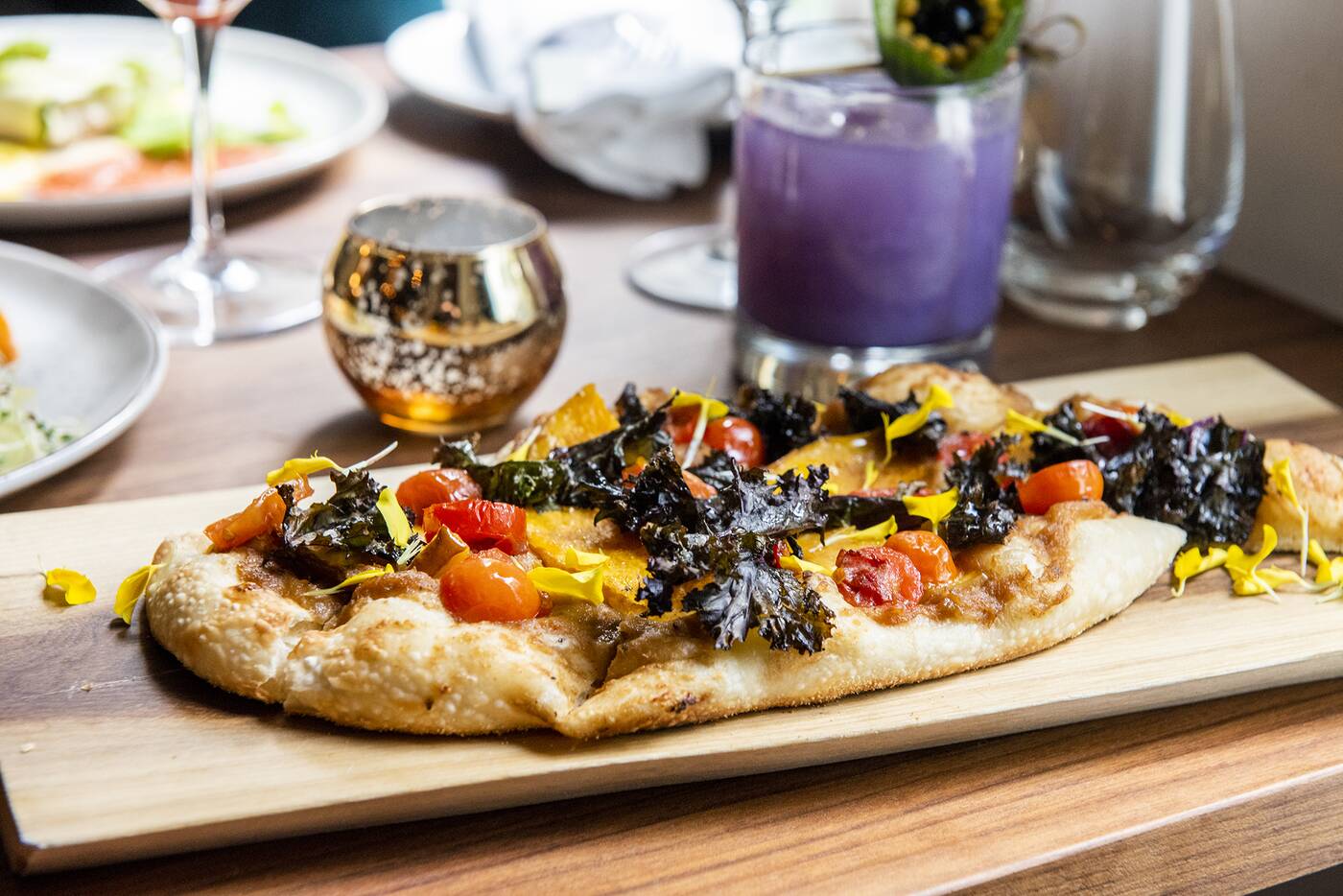 Just like both Away Kitchens, you can't go wrong with some type of pizza. A Spanish flatbread has a gluten-free version too, and comes with roasted butternut and roasted kale. 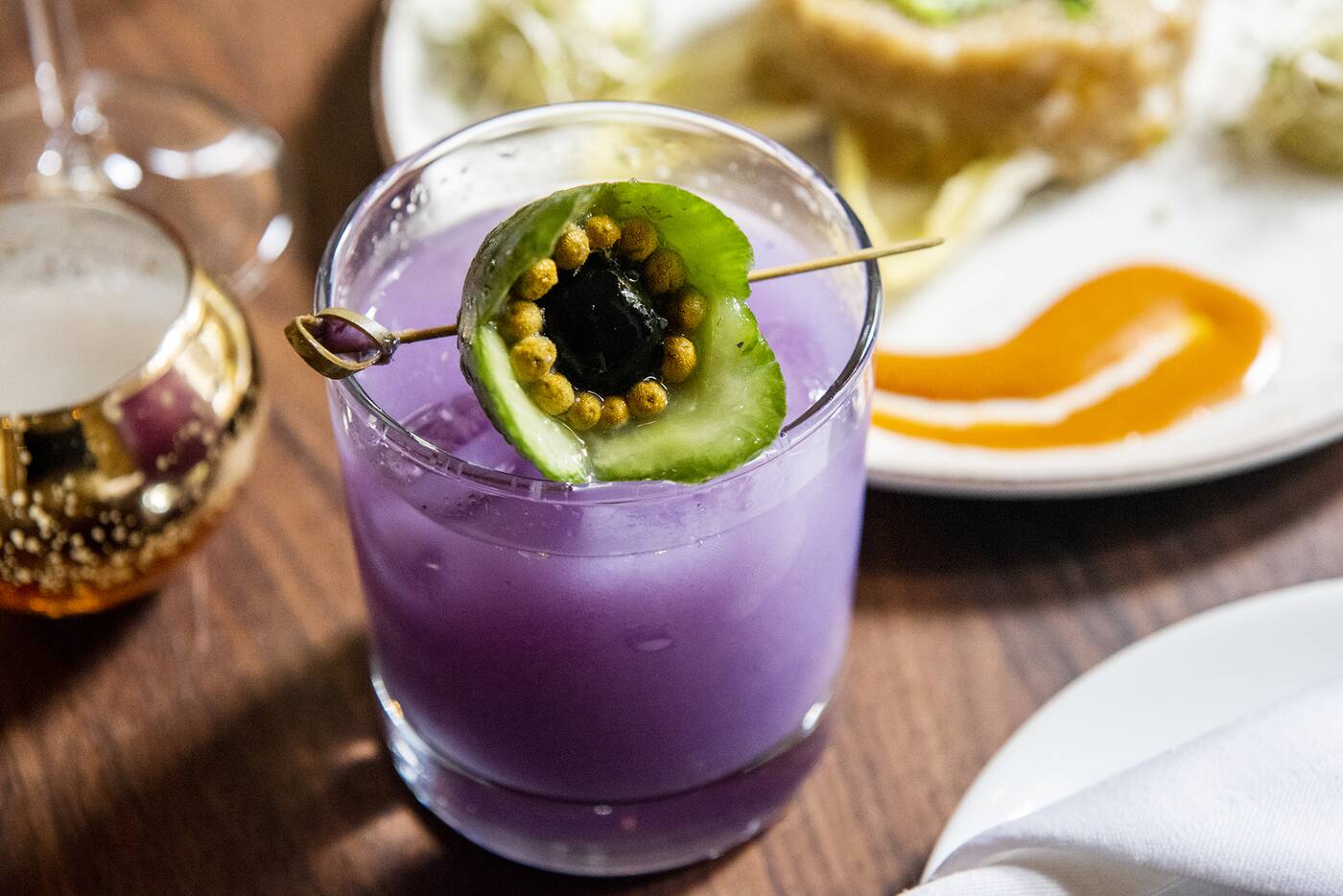 Accompany your meal with mocktails like the Rising Sun ($8), made from hibiscus and lychee, juniper, lemongrass syrup and ginger sparkling water, with a beautiful garnishing of chamomile buds and a cherry. 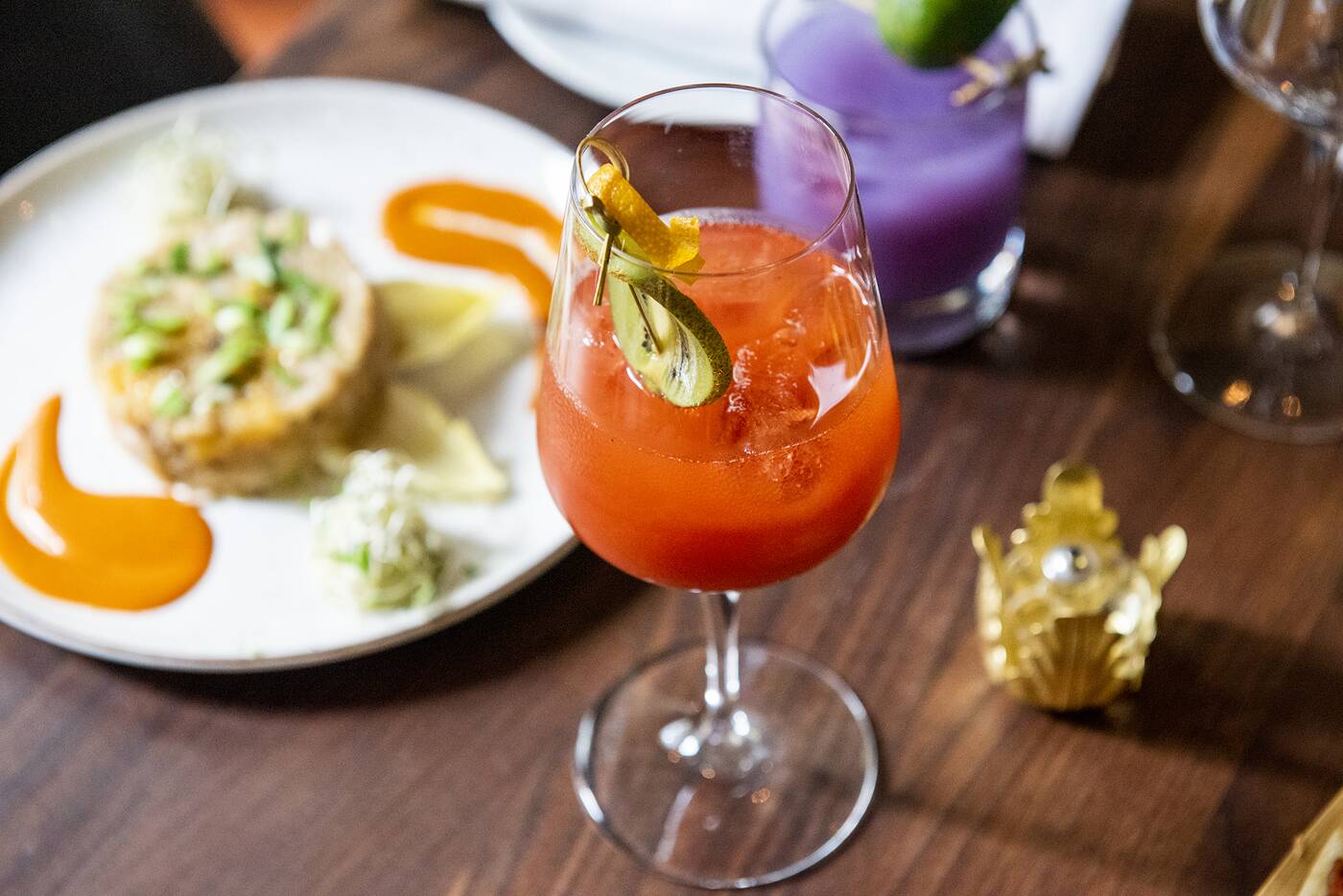 Summer Isn't Over ($8) is strawberry lemonade with rose, passion fruit, basil, and cardamom. 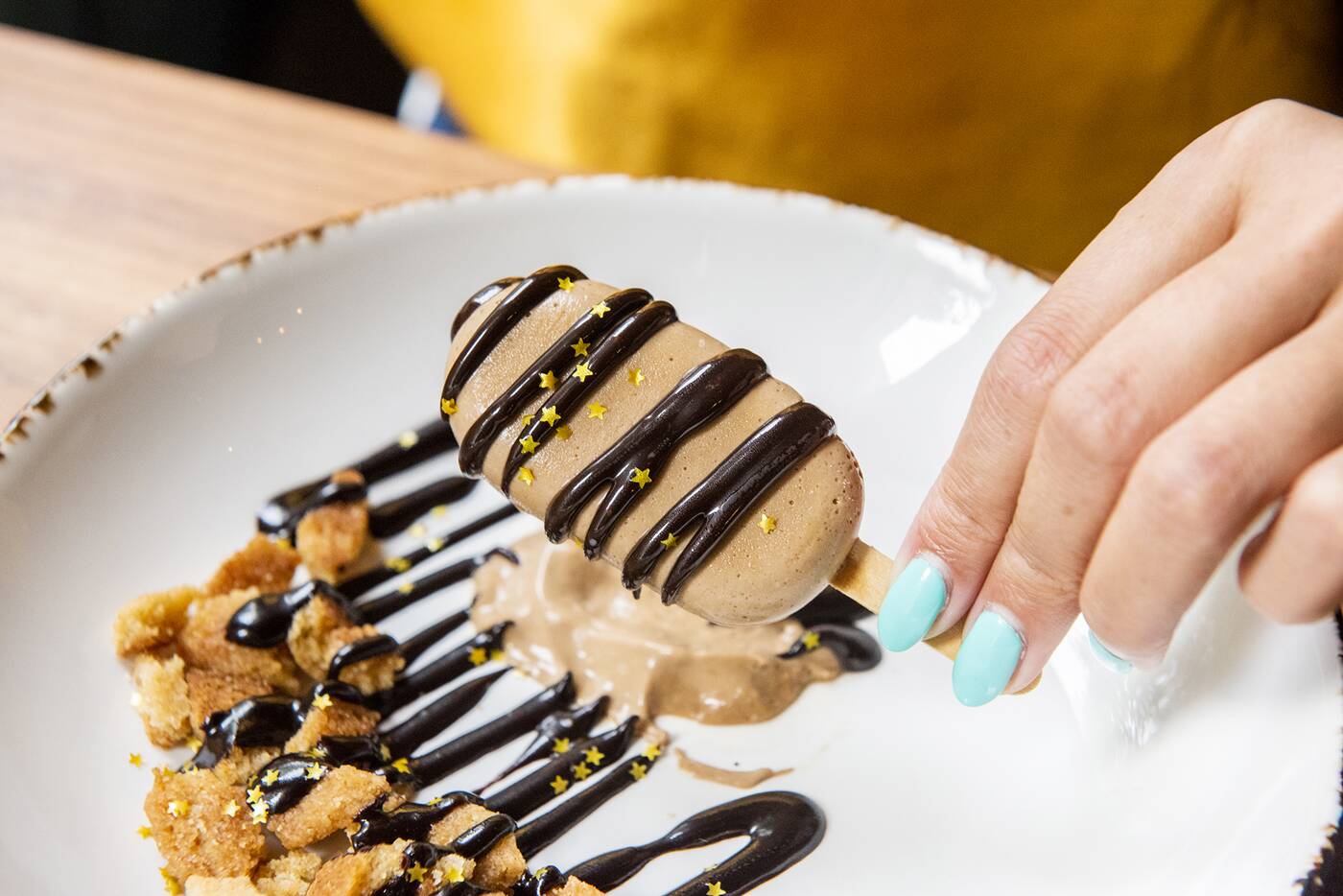 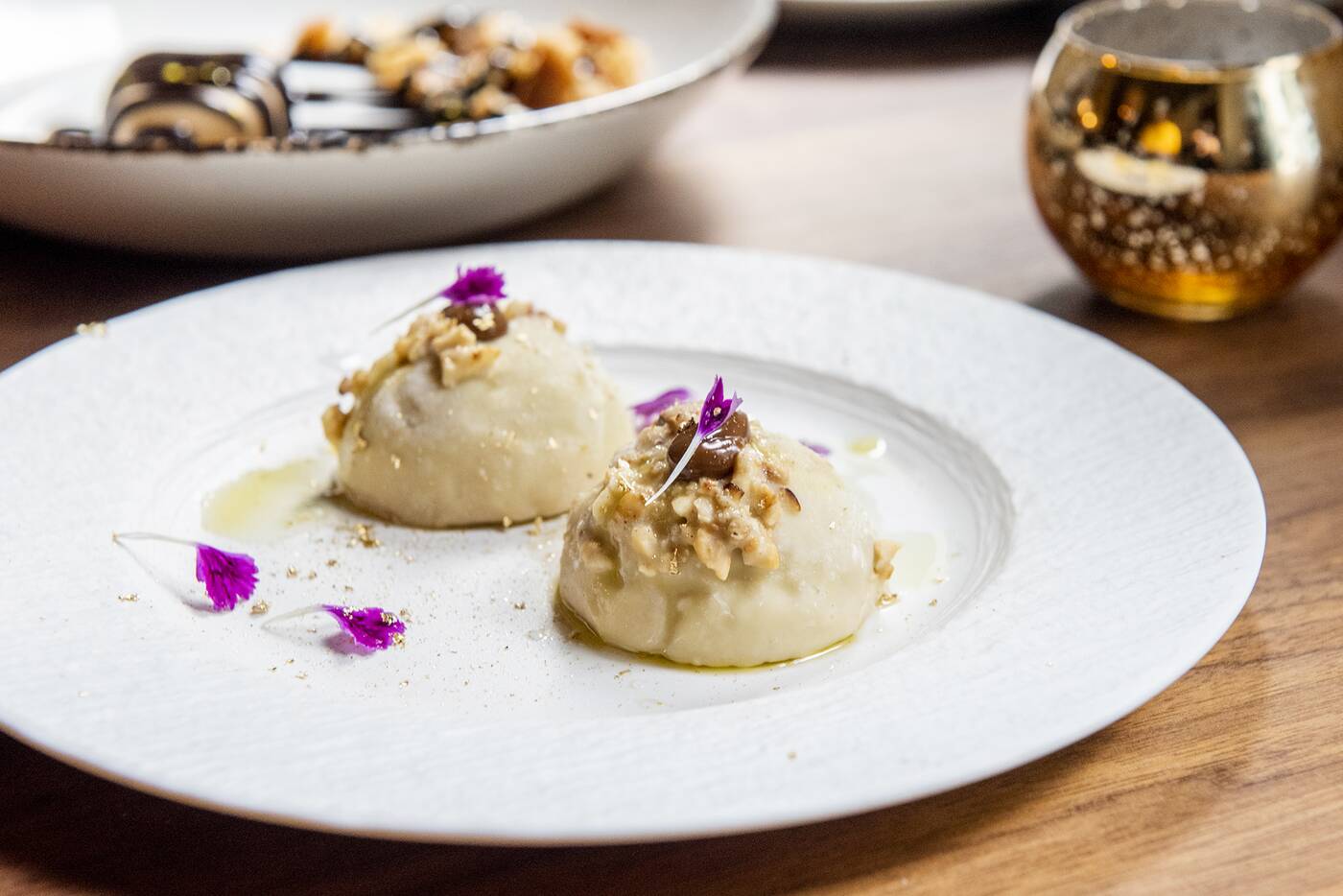 The hazelnut ice cream sea salt and gold flakes gets an anointment with a drizzle of olive oil, and it might be my favourite thing on the menu. 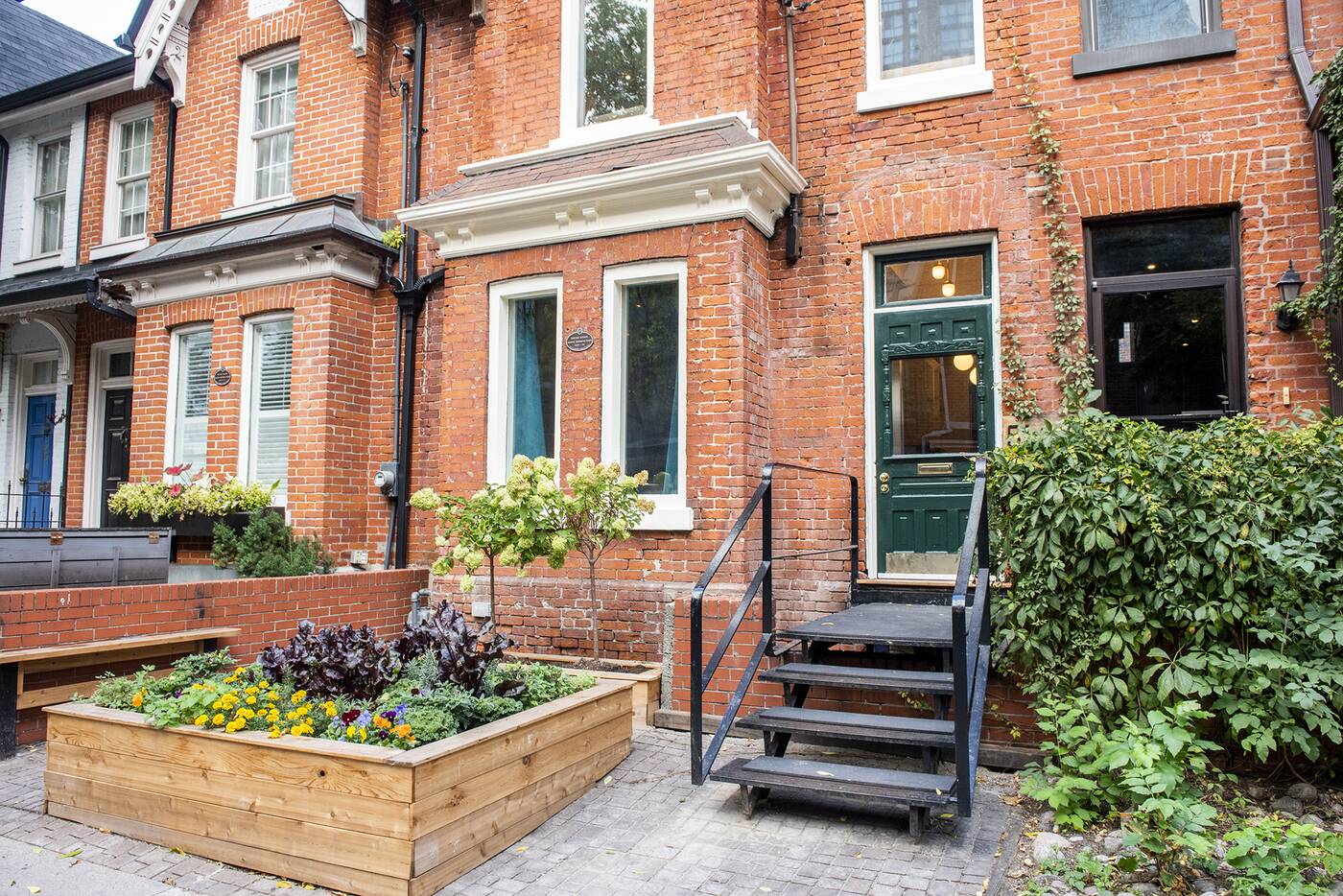