Ardor Bistro specializes in contemporary Peruvian and Latin American cuisine, and is one of the latest additions to the Lower Ossington dining landscape. For many years, my friends and I had been lazily frequenting the same old spots in that neighbourhood, so we were happy to have an excuse to try something new.

Ardor's on the smaller side - you might say cozy, if there were more furniture. As is, a few graffiti-inspired paintings garnish the brick walls, and a chrome-dipped light fixture dangles by the front window.

My friends and I were served by one of the co-owners, James Bailey, who was friendly and accommodating despite the restaurant's malfunctioning AC unit ("It's being fixed tomorrow," he grinned. "I promise we don't think we're too hip for air conditioning"). From the menu, Bailey recommended a few highlights for us to try, and we followed his suggestions. 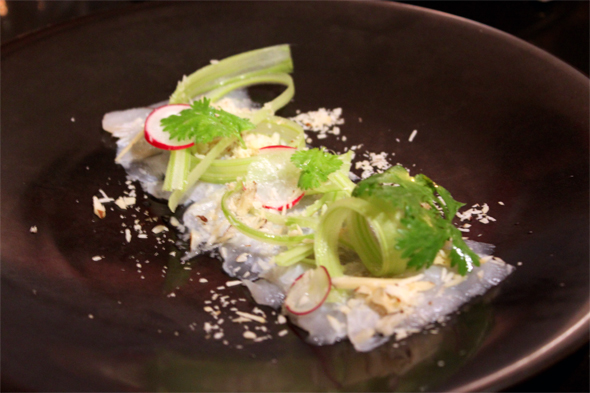 The Tiradito of Fluke ($16) arrived with celery ribbons, Brazil nuts, and slivers of melt-in-your-mouth raw Fluke in a key lime sauce, but it was outshone by the Peruvian Ceviche ($19). 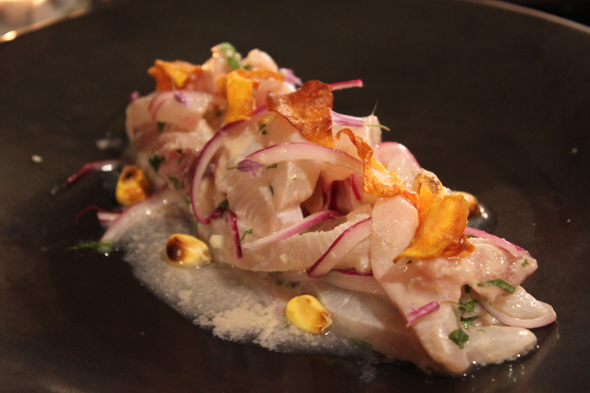 The latter's tender mouthfuls of fish (a mixture of sea bream, snapper, and tilapia) were served in a bright leche de tigre sauce, and topped with wisps of fried sweet potato - plus, it didn't hurt that the portion size was double that of the tiradito.

Unfortunately, the mains didn't completely live up to the appetizers. The Cau Cau de Mariscos ($27) came loaded with prawns, squid, shrimp, and scallops, and its turmeric sauce lent a beautiful complexity to the dish, but it arrived to the table lukewarm.

Similarly, when my friend ordered the Lamb Sirloin ($29), it arrived raw instead of medium-rare. (The second time around, it came with a lovely sear, sweet corn puree and a red pepper jelly - though the fried slices of yellow plantain were terribly dry.) 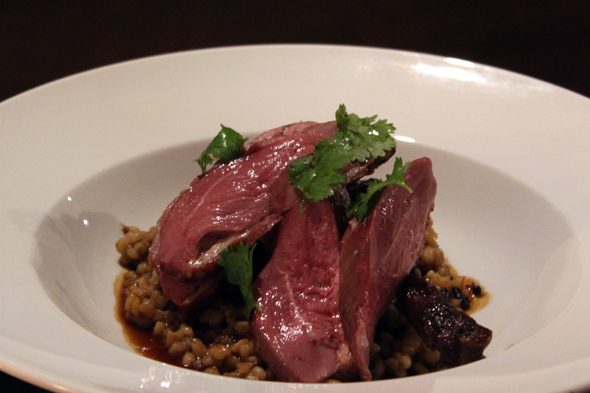 Last, the Pato ($25) comprised both a braised duck leg (very flavourful and fork-tender), and also a seared duck breast (cooked perfectly, but notably lacking in flavour compared to the leg). They were accompanied by a risotto-style barley that was a touch overwhelming. "Do you think it was cooked in beef jus?" I asked a friend as he sampled a bite. "Tastes like soy sauce to me," he said. Not fabulous.

In addition to Bailey, there was another server, who couldn't remember the only dessert on offer, and attempted to clear our plates before the food was finished. However, the restaurant's still very new, so hopefully those kinks will be ironed out in due time.

I will say this about Ardor Bistro - if they're going to keep the price points so high (especially compared to other spots in the neighbourhood), the quality of the mains should increase accordingly, and they might want to consider running their menu through a spell-checker. There were five errors on it when I went. 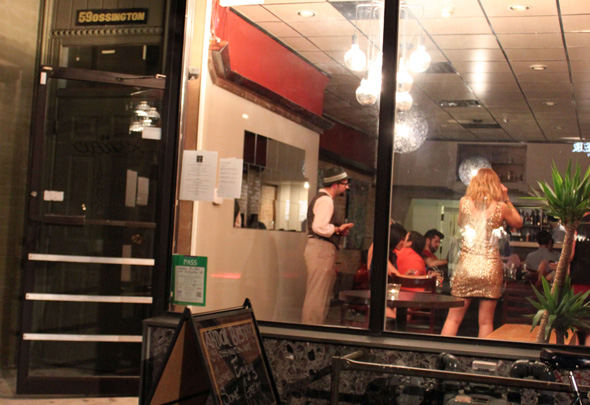 Next up for Ardor Bistro? Pisco flights and a five-course prix-fixe tasting menu - but it might be a couple of months before it becomes anyone's neighbourhood haunt.