Amico Sushi is a Japanese fusion restaurant in Little Italy. "Amico" means "friend" in Italian, but don't confuse this sushi restaurant with the popular pizza place in the same neighbourhood.

Thankfully the fusion dishes mostly extend to other Asian cuisines, like a sashimi salad made with gochujang, or "bul-na," a Korean take on nachos that combines the recognizable bar food with Korean bulgogi ingredients. 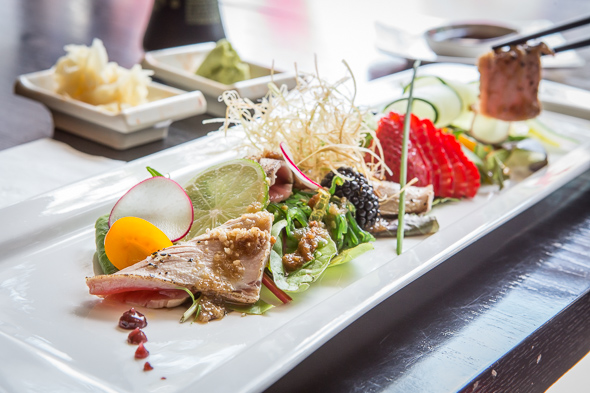 We keep our fare rather traditional, however, starting with the tuna tataki salad ($10). The salad itself is a basic mix of greens, though organic, and the onion pepper ponzu dressing is light. The star, as it should be, is the lightly seared big eye tuna, super peppery in flavour. 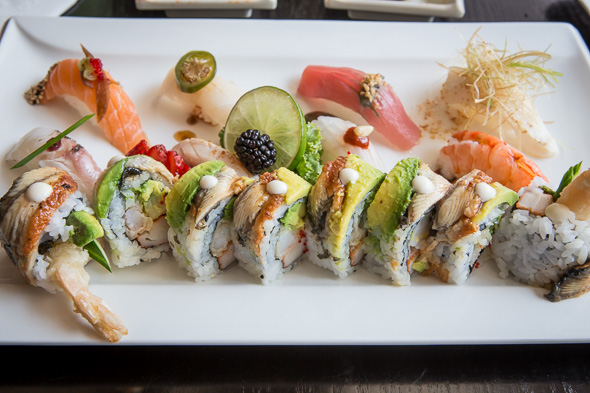 We also go for the regular sushi ($15). Amico is fun because you get exactly what you came for with a wide variety of fresh fish, but the chef uses his fifteen years of experience to punch up the garnishes, for example, deep fried leeks or powdery garlic chips.

This combo typically comes with California roll, but you can punch that up too with a simple request. We opt for a sort of black dragon roll instead, with eel, avocado and mayo on top. 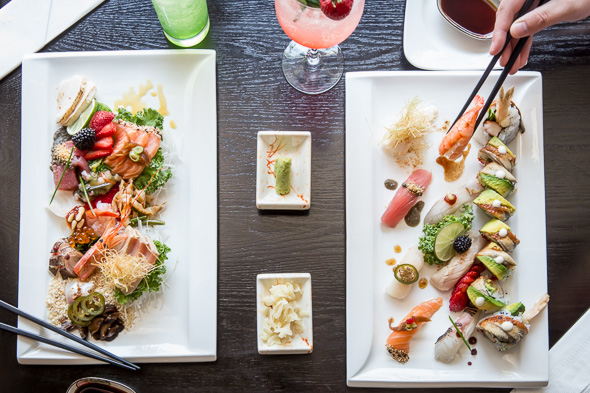 Amico Sushi's regular sashimi ($20) is a beautifully constructed plate with garnishes out of this world. There are two kinds of fish roe (salmon and flying), spicy peanut sauce, marinated mushrooms, and much more.

It comes with all your typical raw fish, salmon, sea bream, striped bass, albacore tuna, butter fish...but there are less well known treats as well, like less commonly eaten parts of the scallop which have been marinated. 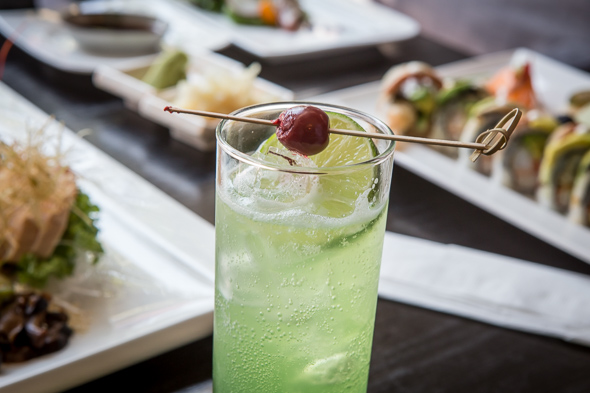 Amico Sushi has been envisioned first and foremost as a place to connect with others and have fun in its long, two-tiered space with ample seating. 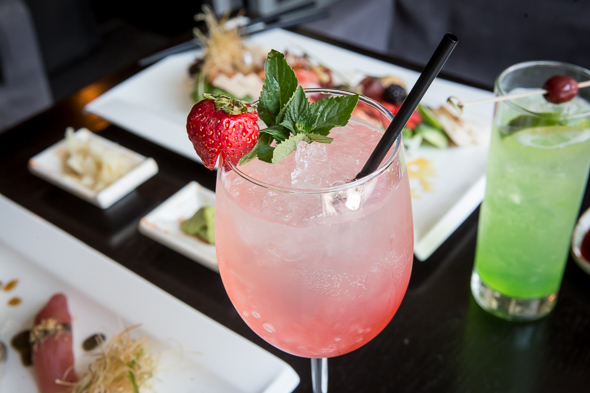 Their fusion element spills over onto the drinks menu, like a "Seoul Mule" instead of a Moscow Mule and "Lychee 75" rather than a French 75. They also have your typical Midori sour or peach blossom. 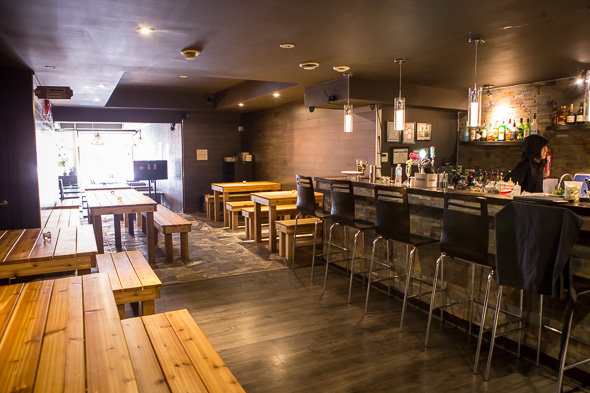 With a chef who's a veteran of Etsu on Baldwin, Amico Sushi is also capable of taking you to the highest sushi levels. They can do a traditional moriawase, which is sushi and sashimi selected by the chef. They also can set you up with an impressive omakase, an eight-course sushi experience that requires a day's notice. 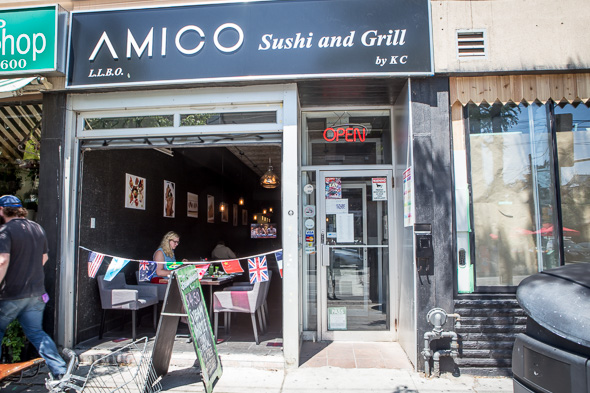