Akco Lounge is a busy, mid-scale wine and sushi bar catering to the busy business crowd along the Financial District's underground PATH . Nicely decorated with dark wood tones and silver Korean-style metal chopsticks you can sit at the bar and chat with their tender, or conduct meetings over an extensive menu. 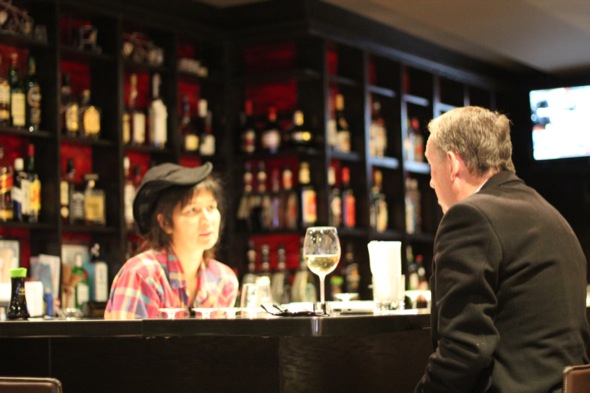 Akco Lounge serves up Japanese and Korean fare and oddly sources things such as locally produced maple syrup. They also cater to the takeout crowd under their former name, Ho Shim, right next door. 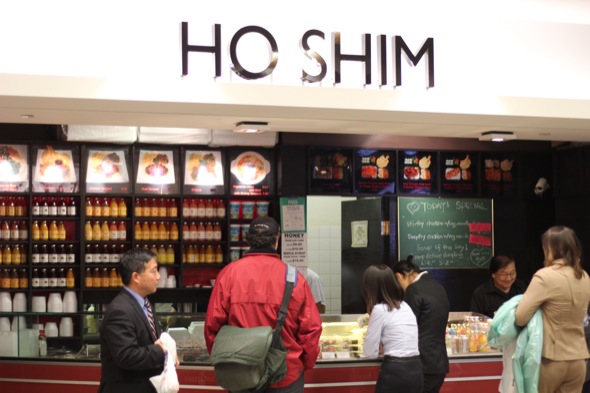 Despite arriving during the tail end of the busy lunch hour, the dining room was packed full and the turnover was steady. The service, however, wasn't. After several attempts at flagging down one of the waitstaff we got our orders in. Dolsol Bibim Bop with Bulgogi ($13.99) and Chirashi Don ($14.95) were scrawled down by the waitress and drinks were offered. We opted to stick with water, but had to ask for it to come after our meals had already been served.

A small complimentary green salad and miso soup came shortly after our order. A welcome start as our empty stomachs grumbled away.

While they were nothing to scoff at, both of our main courses were decidedly average. First off, this may just be my personal pretension after recently living in Korea and learning some of the language, but Dolsol Bibim Bop (how they spell it on the menu) is entirely mis-translated.

My friend's Dolsot ("stone bowl") Bibimbap (bibim="mixed" bap="rice"), as it will henceforth be referred to, did not come as I had anticipated. There was no crackling of rice along the sides of what should have been a molten hot bowl. The mix of vegetables was rather unfitting, consisting of zucchini, cabbage, carrots and broccoli. Despite a twist on the classically sweet fermented chili paste, gochujang their version added a nice smoky flavour to the dish but the thin consistency left the overall texture a bit soupy. 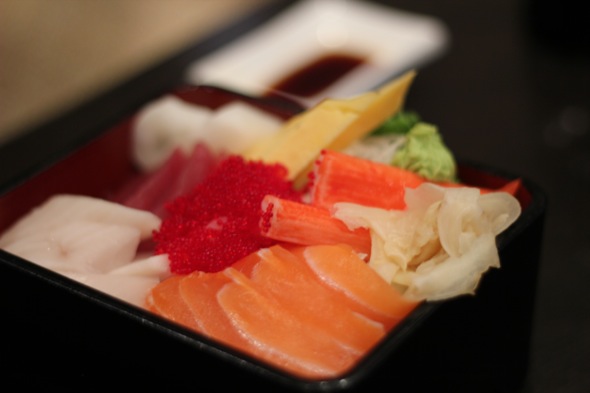 My Chirashi Don, a Japanese dish of assorted sashimi on sushi rice was a bit on the tiny side but decent in taste and freshness. It featured red and white tuna (maguro), salmon (sake), halibut (hirame), crab (kani) that was definitely not real, egg (tamago) and flying fish roe (tobiko). The rice was well cooked and the black and white sesame seeds were a proper addition. 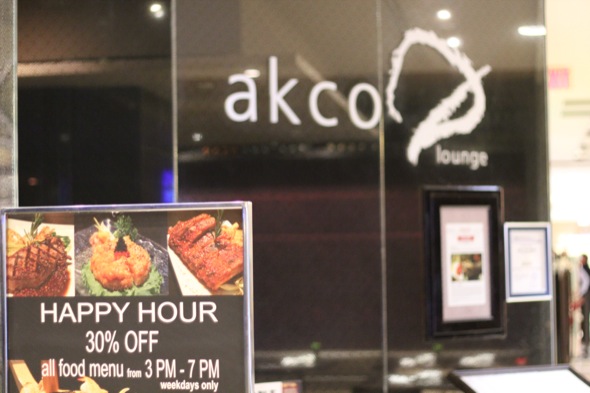 For the convenience of staying out of the cold, if your accessible to the PATH then Acko Lounge is a decent lunch option that will get you in and out with relative quickness. For the price and overall quality, however, I'm confident that there are better options to be had.