3 Brewers in Liberty Village is another Toronto location of what most drinkers both Ontarian and Quebecois probably know much better as 3 Brasseurs. There are Financial District, Richmond Hill, and Yonge locations as well.

This one arguably fits in well with the surround historical brickwork seeing as 3 Brasseurs are known for brewing all the beer they serve on-site and never packaging a drop of it. 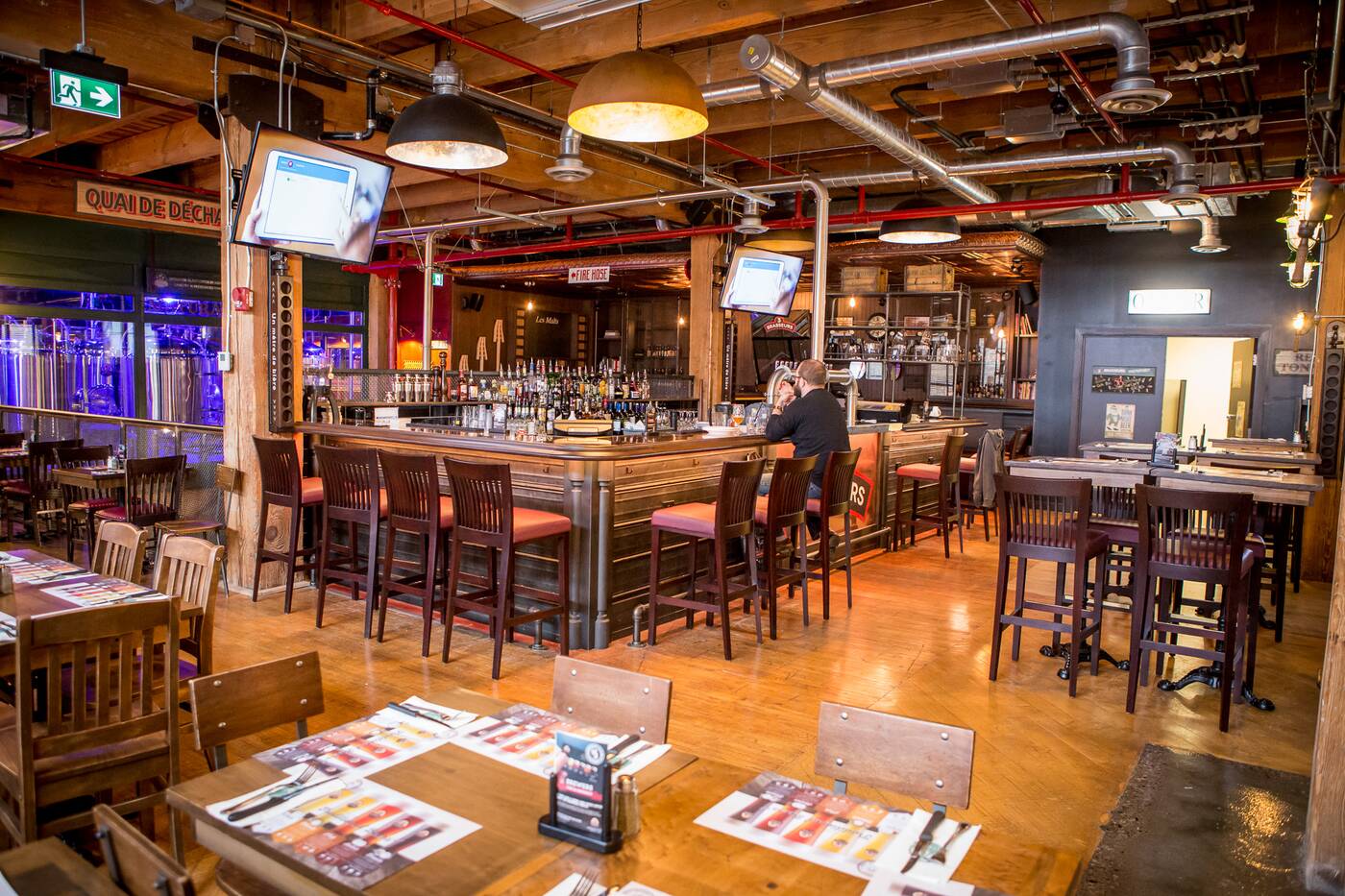 Those maturation tanks are located on the second floor of their massive two-storey location, equipped with taps both upstairs and down, ample seating, and TVs. Like most 3 Brasseurs that are familiar to many Canadians, decor is big, sportsy, meaty and leathery. 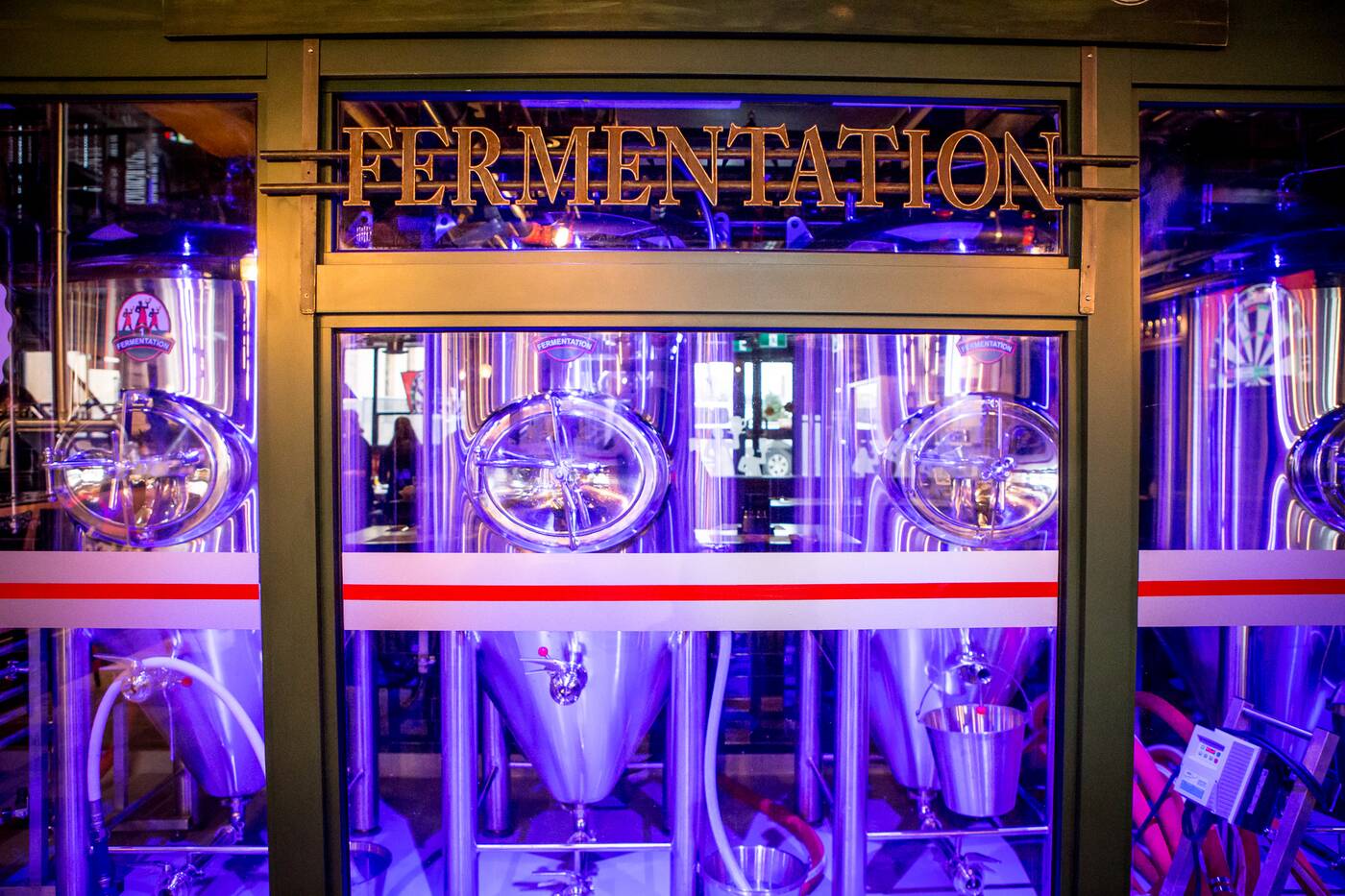 This is the first location where every single step of the brewing process is exposed, including the last vital maturation process. 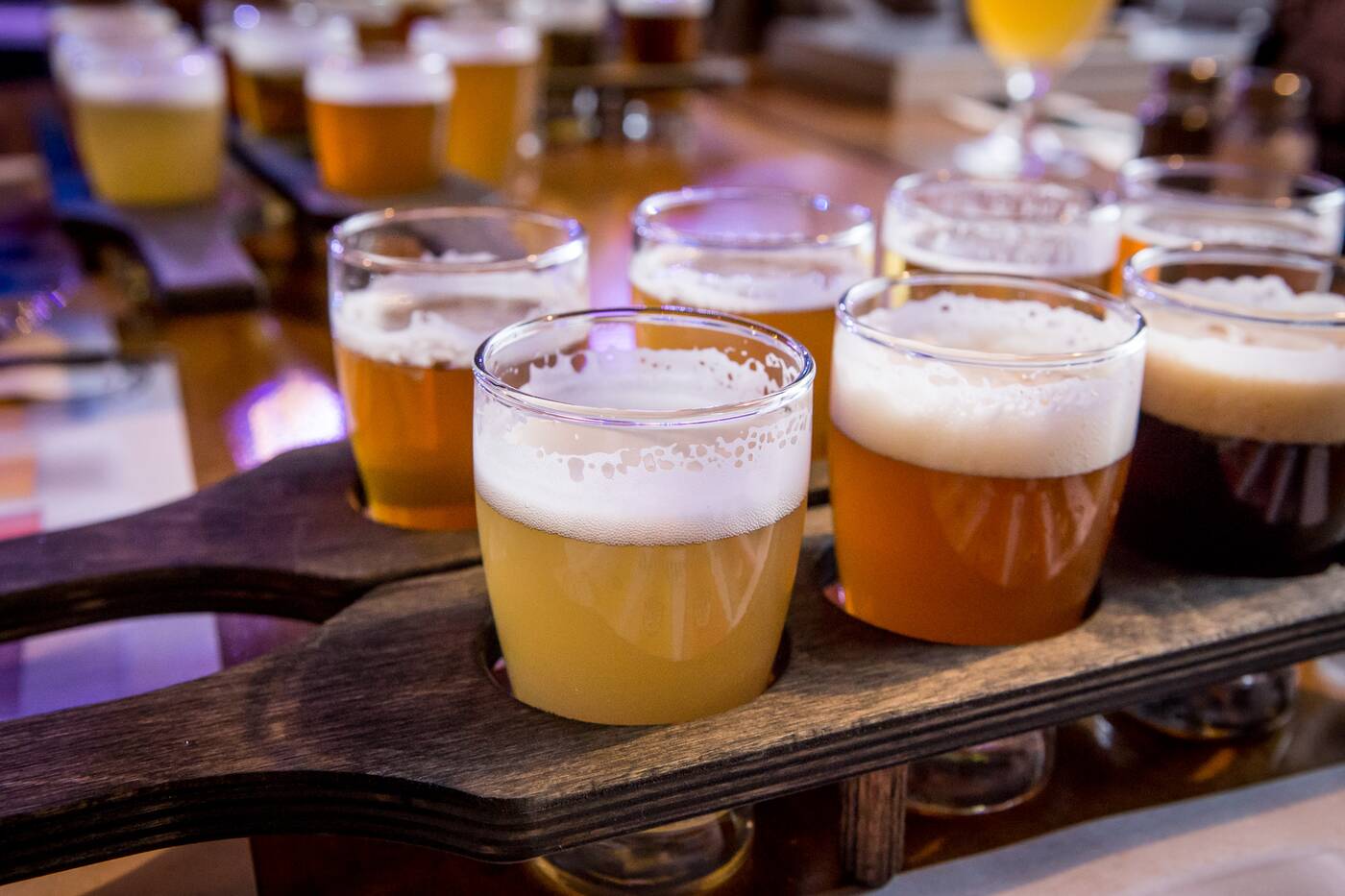 There are six core beers on tap in every 3 Brasseurs, including a white, blonde, IPA, amber and brown. The last is a “neighbourhood beer” on tap year round but unique to every location. 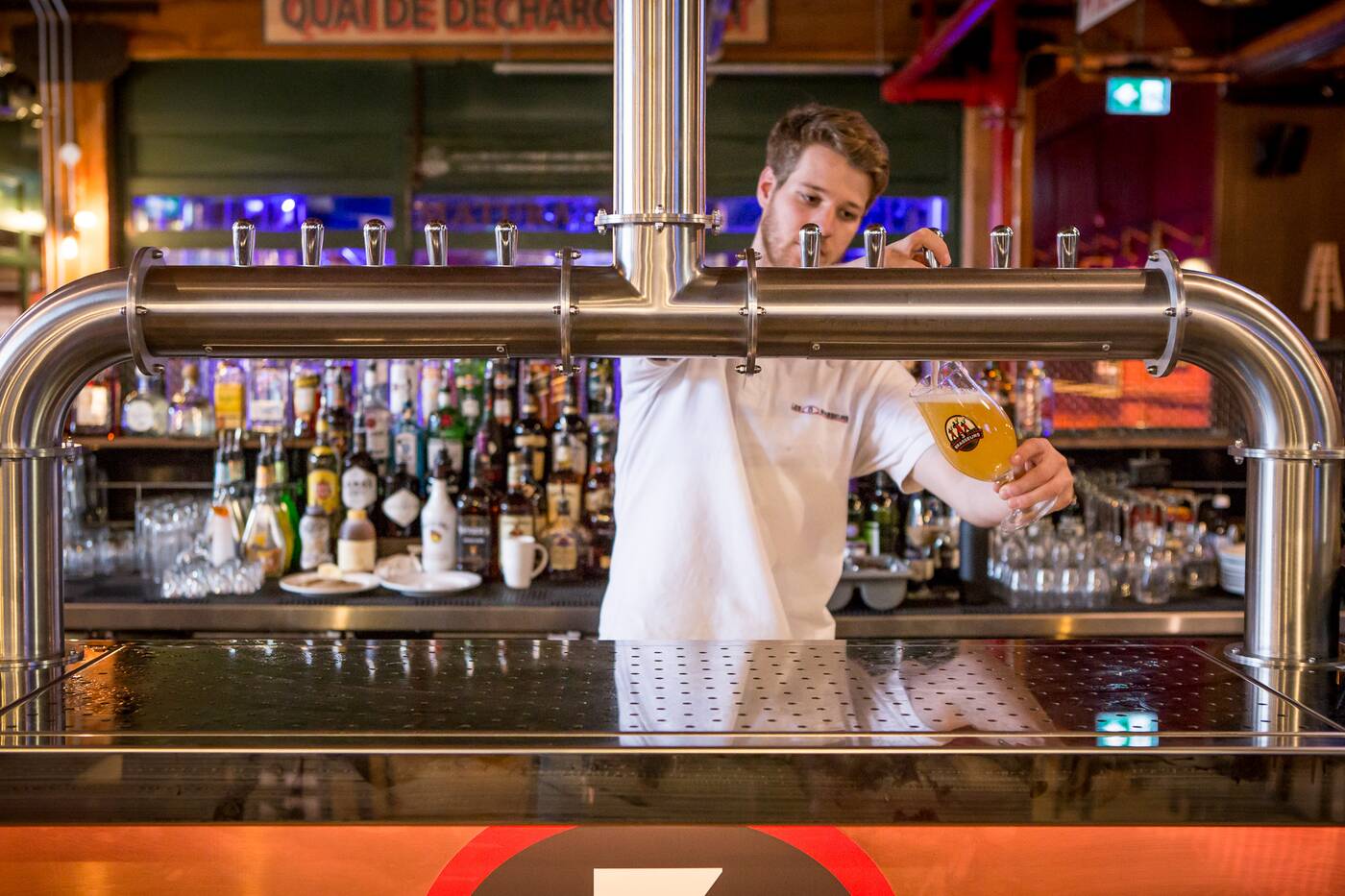 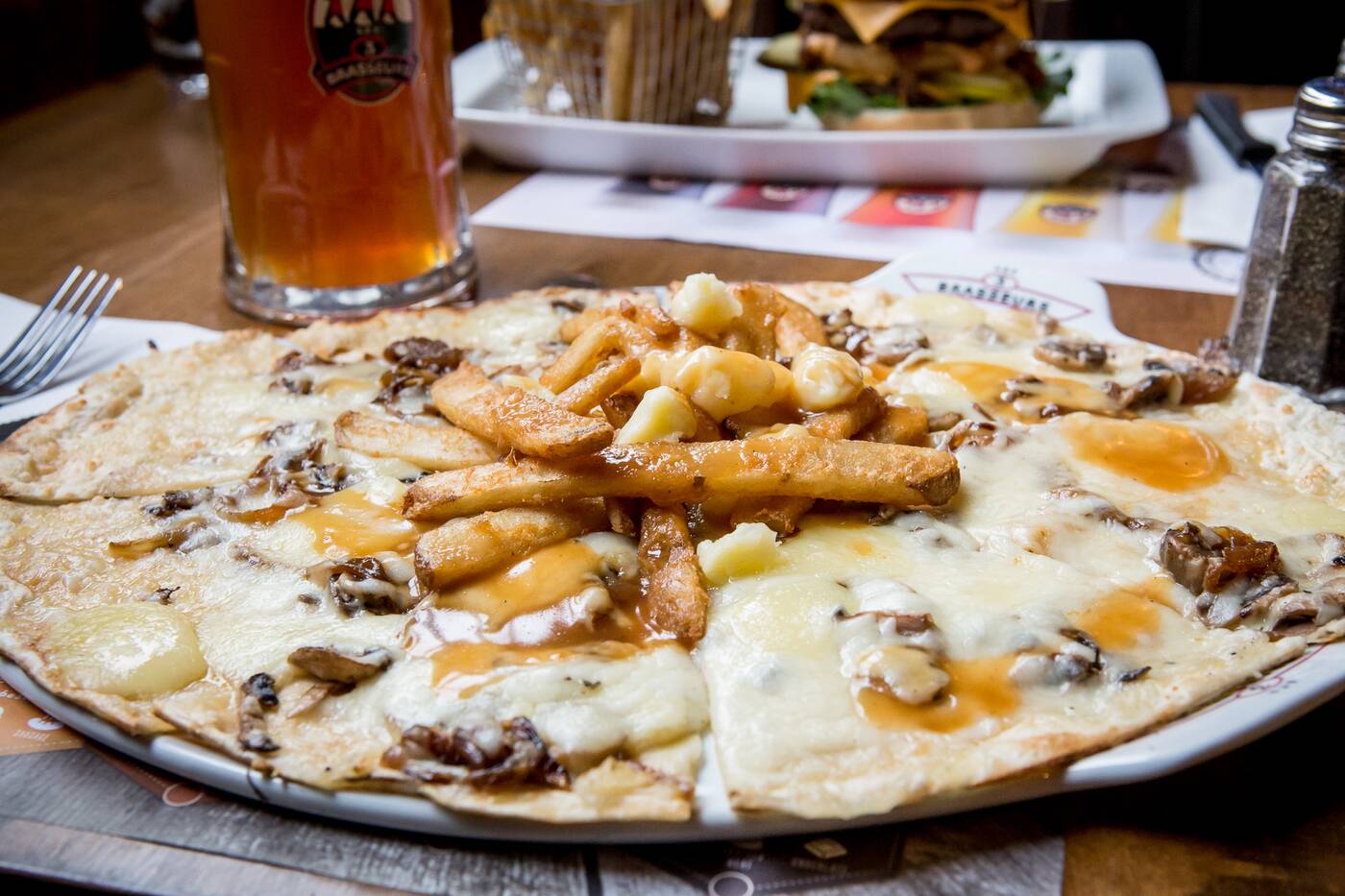 Unique to 3 Brasseurs are “flamms” or flammekueches, which originate from the North of France where 3 Brasseurs also began. It’s a kind of flatbread that can be transformed into something more like a pepperoni pizza or the obvious and greasily indulgent poutine ($13) we choose. 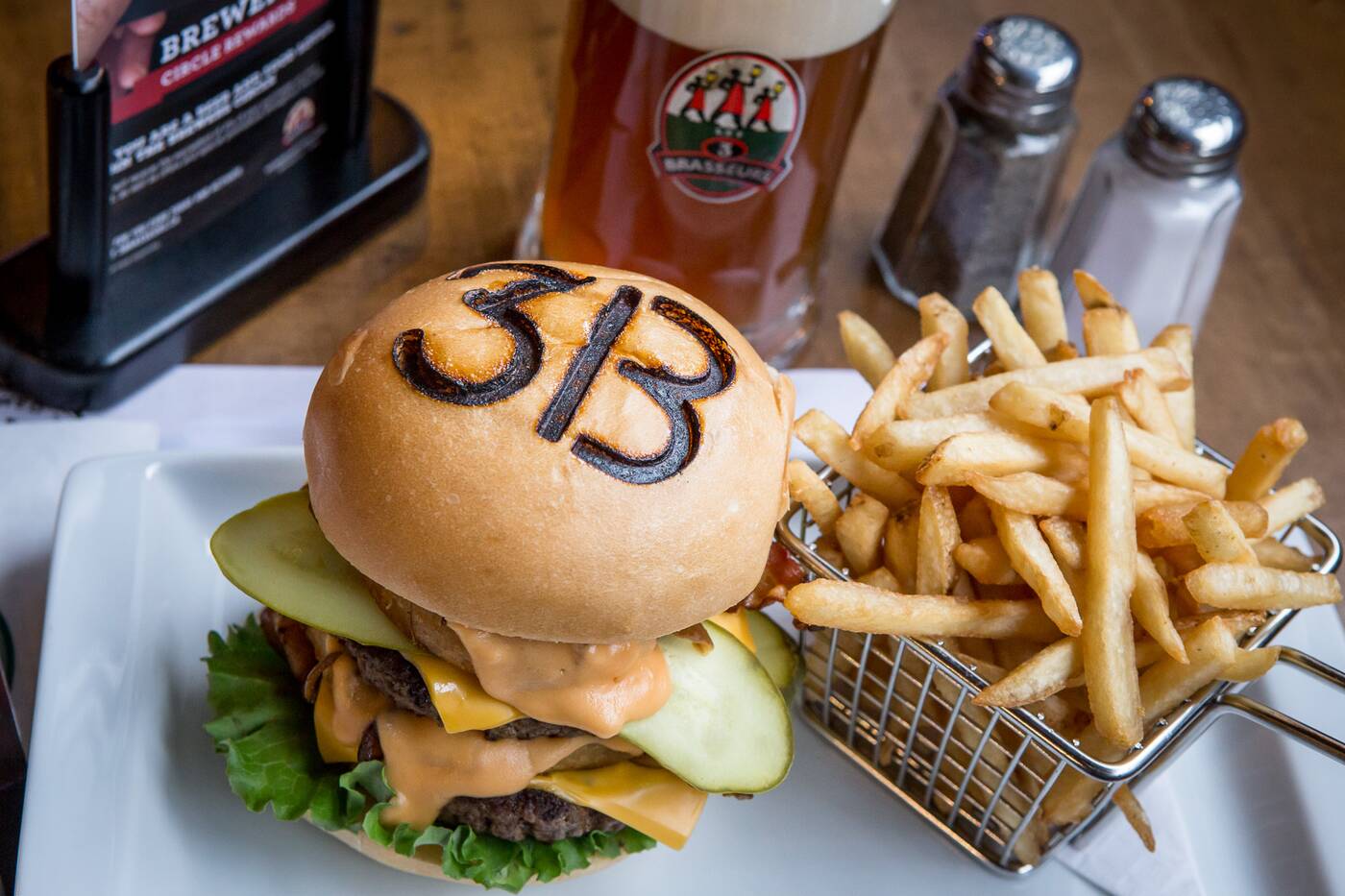 A bunch of burgers with fairly typical toppings are on offer, so of course we go for the most epic one: the big beer burger ($22) is two hand-pressed grilled patties topped with cheddar, caramelized onions and a melted cheese brown beer sauce on a hugely fluffy branded bun. 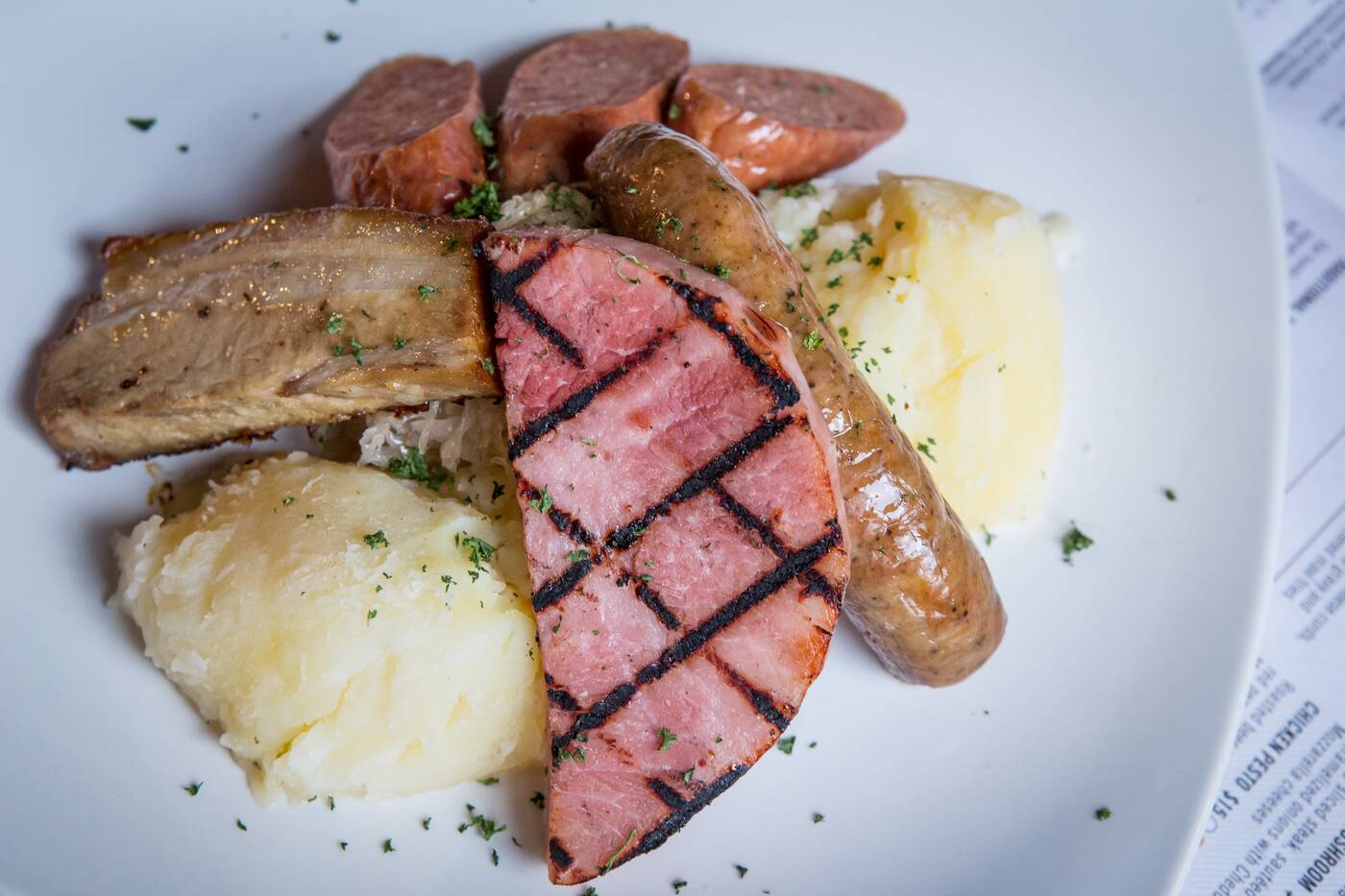 The traditional sauerkraut ($18) is buried all the way at the bottom of the menu but it’s a hearty plate of literal meat and potatoes goodness. Scoop a little of the potent sauerkraut onto every bite of peppery sausage and sweet ham you eat with chunky boiled potato. 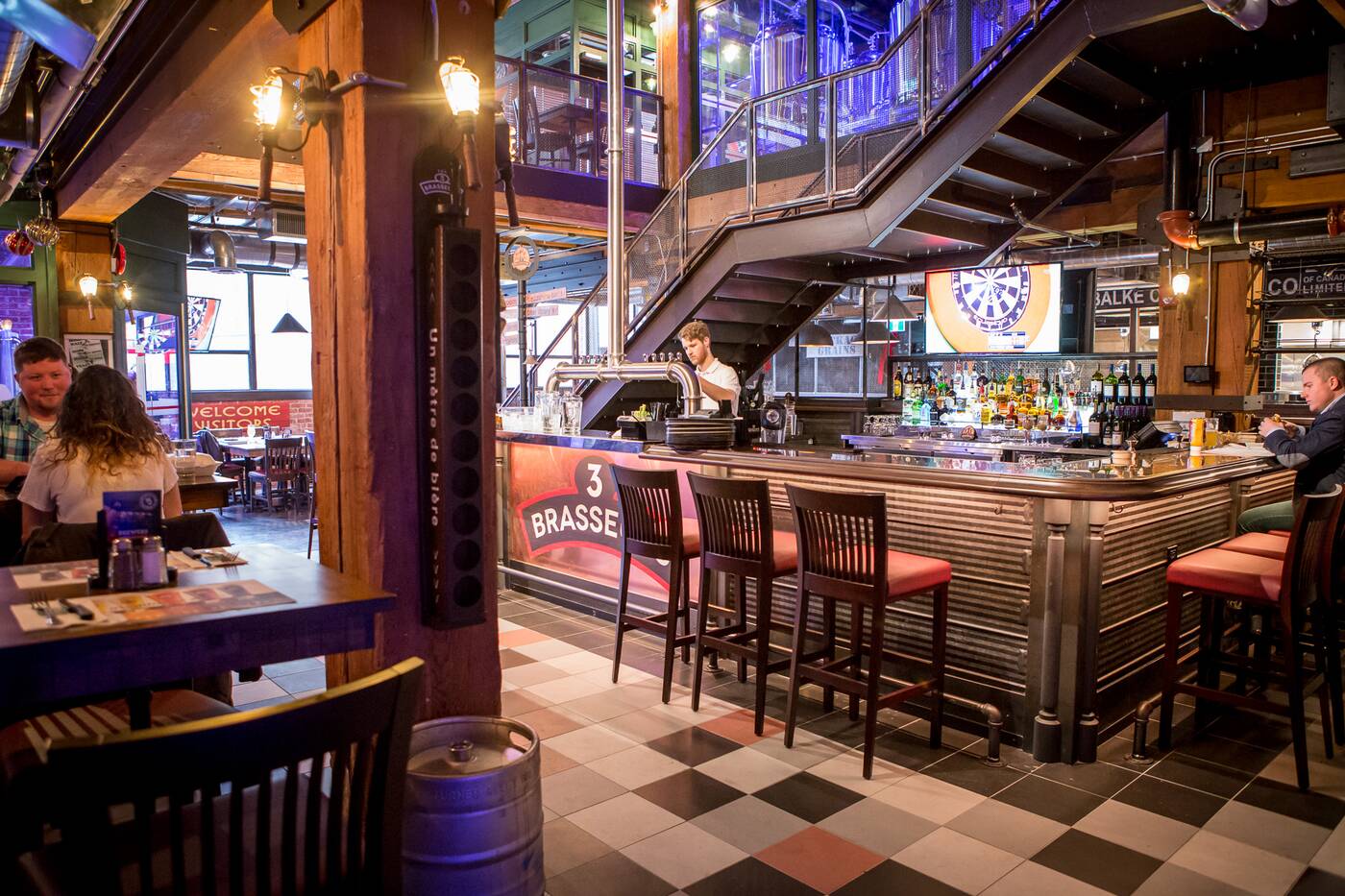 You’re free to roam around the area and see all the ins and outs of the beer making process, and workers weave between the rooms too as they attend to brewing. 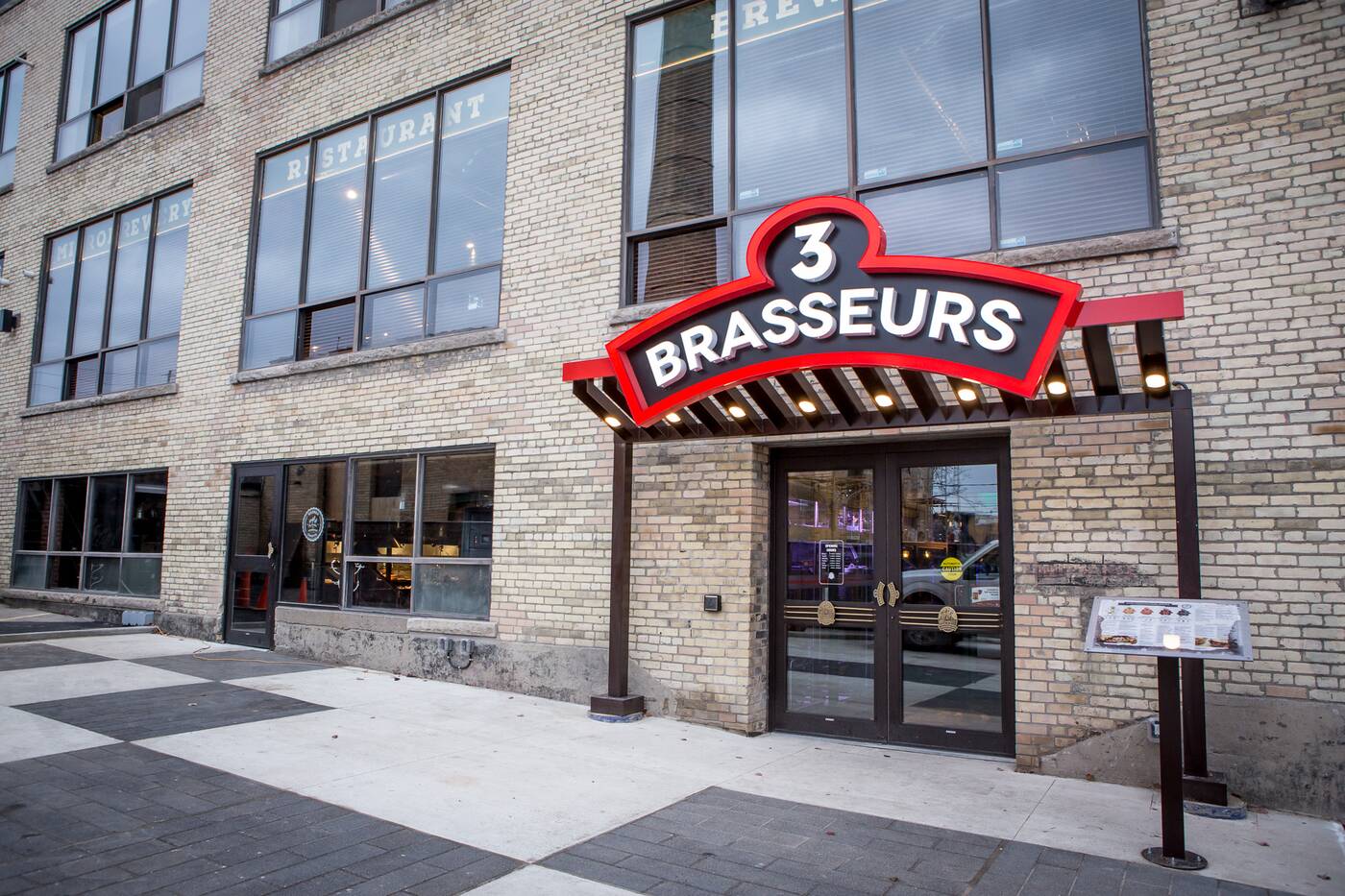