25 Liberty was just a street address, but now it's the site of Liberty Village 's newest chef-owned restaurant. It wasn't long ago that the dive-y Liberty Bistro occupied the space but husband and wife duo Daniel Lynn and Tracey Coutts have taken over the venue with an eye for class. Chef Lynn, formerly of Zucca and Splendido , has returned to Toronto after seven years honing his craft in Bermuda. Lynn and Coutts spent a year searching the city for the right space to house their first restaurant, and jumped on 25 Liberty. 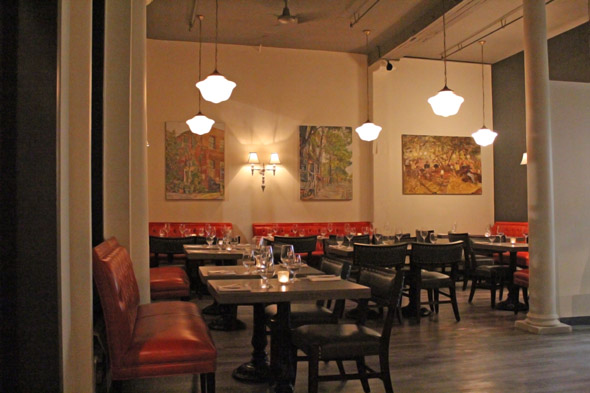 The building shares its classic brick facade with the neighbourhood, and but inside it's a high-end cafe. During the day, I've seen a few people enjoying lunch of the patio, but I suppose that word of the opening hasn't yet spread wide enough to draw people in for dinner. With a drinks menu that leans heavily toward wine (with a lengthy list of options by the glass), and few beers on tap, it's a spot that's gaining traction for after-work drinks. 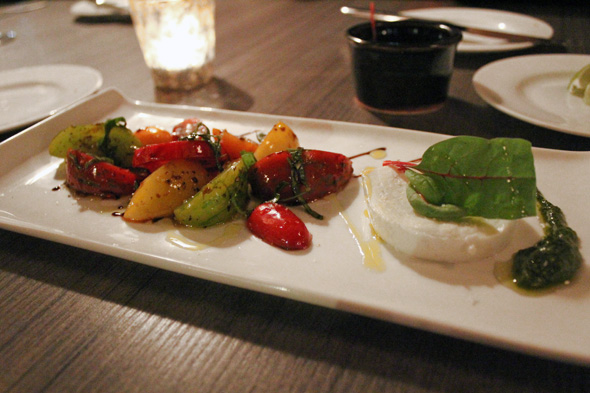 On a Friday evening, we had the waiter all to ourselves. The menu is a comfortable mix of classic American and European dishes. We tried the Asparagus with Arugula ($14) and the Heirloom Tomato Caprese salads ($15). Both were seasoned with a light hand and it was hard to decide which we liked better. 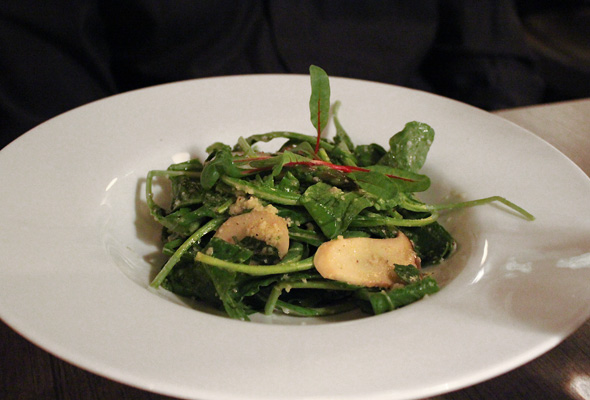 For mains, we had Roasted Duck Breast with a potato gratin and roasted onions ($32). The duck was nicely cooked, but the gratin actually stole the show. The Rack of Lamb with stuffed artichokes and potato galette (lead image, $42) was a huge hit. I've never been a fan of lamb, but the meat was so perfectly cooked that I would order it myself next time. 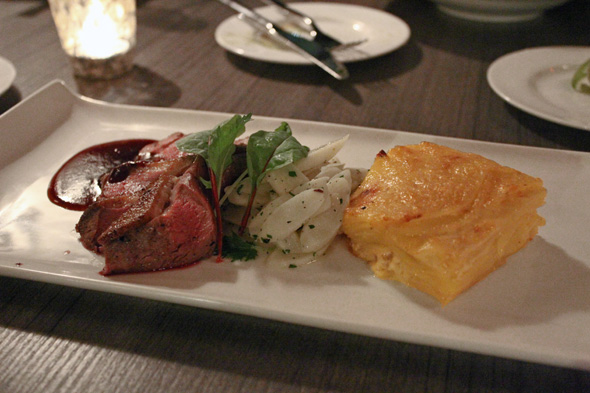 Next was Pappardelle with Rabbit Ragu ($21). Their house-made egg pasta served as an excellent complement to the rabbit (though more meat would have been nice) and it was very filling.

The dish I chose was the favourite of the night: Truffled Mushroom Risotto ($23). Don't mistake it for a vegetarian option, as the incredibly rich flavour comes from a veal jus. I had to fight off my dining companions to keep them from stealing it from me. 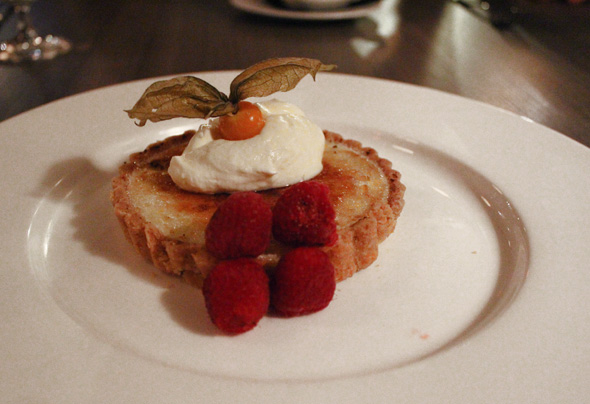 We were all fairly full after dinner, but still ordered a Lemon Brulee Tart ($10) that was absolutely killer. Overall, it was one of the most completely satisfying meals any of us had enjoyed in recent memory.

25 Liberty has a lot of promise but is in a bit of a risky location. Unfortunately without advertising it's just not obvious that they're open, or that they're a restaurant. They do take reservations and will be on Open Table but for now to get word out they should posting their hours and a copy of the menu on the door to entice people.

Chef Lynn insists on working every service himself, which allows for some pretty direct quality control, but it's also prevented them from serving Sunday brunch until they work out the menu. There are plans to start serving brunch soon, but I think they'll miss out on a lot of business as the patio season disappears. I love what they did with dinner and hope to see what they'll do with brunch. 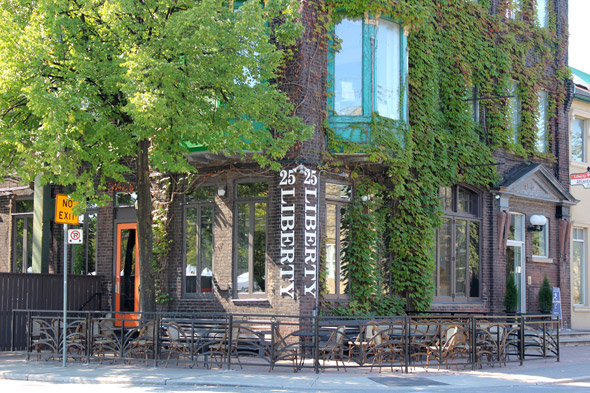