Allegations of ethnic discrimination and racism are unfortunately all too common in the regional real estate market, and one industry expert is calling out a Toronto rental listing for specifying which language someone needs to speak in order to qualify for the lease.

Housing policy expert Varun Sriskanda flagged a rental ad for a basement apartment to his social media following, alleging racism in the listing for 94 Earlton Road in Scarborough and suggesting it's just the tip of the iceberg of widespread housing discrimination in Ontario.

Described as a "fully-furnished executive rental" in the basement of a single-family home (I've never in my over three decades of existence met a basement-dwelling executive), the apartment comes with some nice finishes, if not a little lacking in natural sunlight. 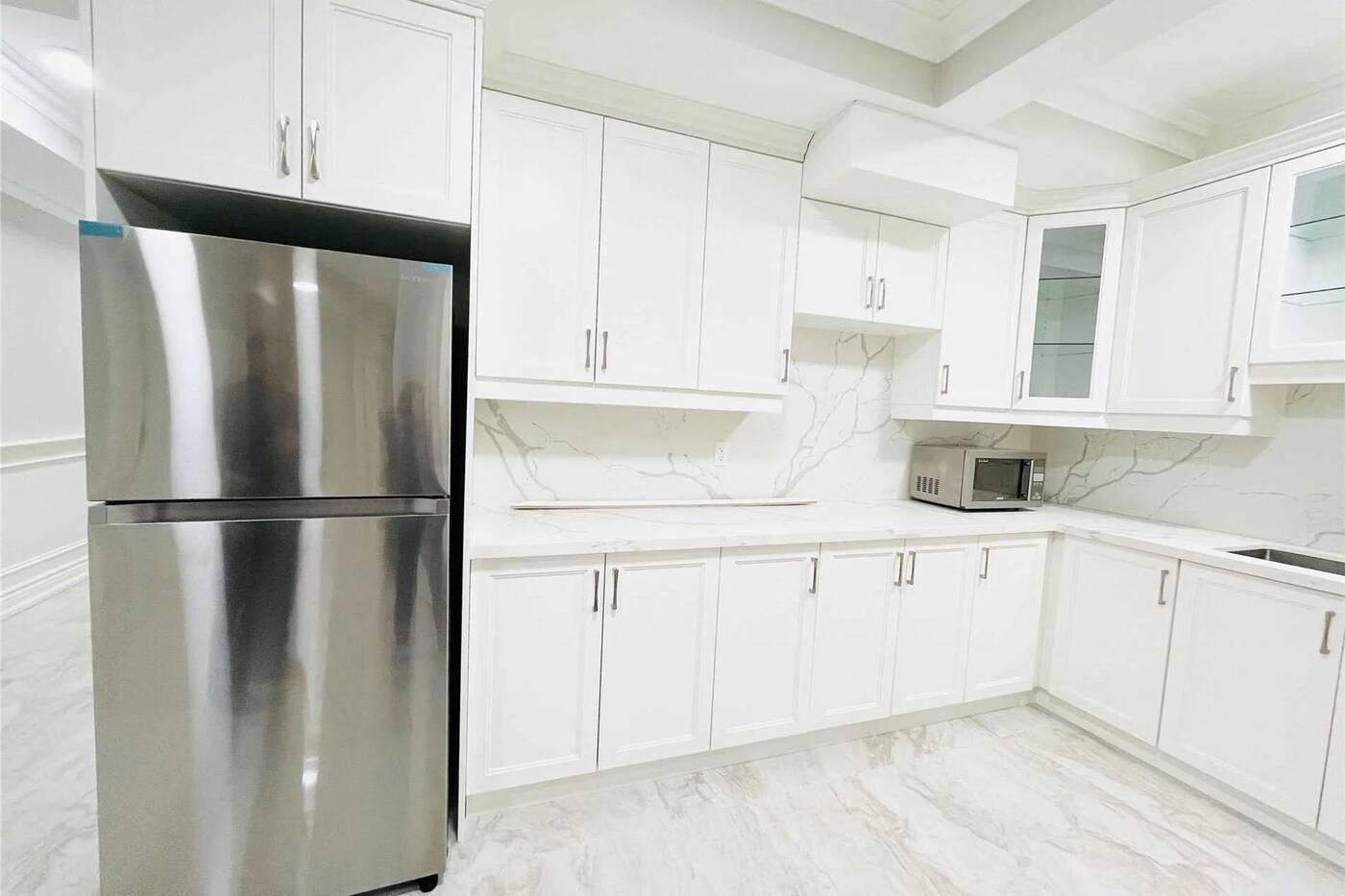 The apartment features bright finishes and a decent layout, but there's a good statistical chance you can't live here.

But if you think you can just waltz in and sign a lease, you're going to have to check a very specific box that the broker has made a point of including in the listing, stating that the homeowner is "looking for Mando/Canto [Mandarin/Cantonese] speaker tenants so no language barriers."

Racism in real estate: I see this often. Landlords have a preference for the race of their future tenant. In this case mandarin/cantonese speaking tenants only. Listed for lease by a realtor which makes it even worst. What’s the point of hiring the “pros” if they break rules. pic.twitter.com/fOR4DzqJDu

Sriskanda tells blogTO that "It's very common in Toronto's rental market that landlords will require tenants to be of a certain ethnic background, speak a certain language or practice a certain religion."

"This is an outright human rights violation," claims Sriskanda, adding that "there should be no place for these types of listings on MLS."

A dive into the Ontario Human Rights Code seems to back up this allegation, specifically under Part 1 (Freedom from Discrimination), section 2 (Accommodation).

This section of the Code states that "Every person has a right to equal treatment with respect to the occupancy of accommodation, without discrimination because of race, ancestry, place of origin, colour, ethnic origin, citizenship, creed, sex, sexual orientation, gender identity, gender expression, age, marital status, family status, disability or the receipt of public assistance."

Disgusting. They should read up on the Ontario Human Rights Commission. pic.twitter.com/R2e4fbqhjI

While there are obvious practical reasons why a homeowner would want to rent to a tenant who speaks and understands the same language as them, convenience likely isn't going to stand up to a protected human right in court.

Sriskanda says that, despite the code's specificity regarding tenant discrimination, such listings appear regularly, and he claims that "realtors are able to get away with this because of very little oversight from the governing bodies Ontario Real Estate Association (OREA) and Real Estate Council of Ontario (RECO)."

A September 2022 OREA report titled "fighting for fair housing" spoke out against such practices, though they remain prevalent months later.

Sriskanda points to page 30 of the report, which he says addresses "the need to develop a mechanism to report racist and discriminatory behaviour by realtors. There is a serious lack of education and training provided to realtors on how to handle listing a property for lease."

He explains that some realtors accept instructions from their clients at face value "that end up being racist and illegal, as is the case here," and "open up their clients to litigation at the Ontario Human Rights Tribunal" while also harming the reputations of agents "that would never engage in this sort of behaviour."

Stressing that housing is a serious challenge in Ontario, particularly for renters, Sriskanda says that "backlogs at the Landlord and Tenant Board are so significant that landlords are forced to implement very strict screening requirements in order to protect their homes and guarantee timely rent payment."

But there's a clear line between strict and discriminatory screening measures, and the ability to speak a specific language sure seems on the wrong side of that line.

"These sorts of racist rental listings highlight the numerous discriminatory barriers tenants face in finding safe and secure housing," says Sriskanda, maintaining that "they should not be allowed to remain up on MLS with no action being taken by OREA or RECO."

"For years, both RECO and OREA, along with other independent research groups, have put out reports that clearly indicate we have a serious problem with racism in Canadian real estate," says Sriskanda.

"It's time we actually take action and do something about it and not just write about it."

blogTO attempted to contact both the broker of record Zhenyi Li and salesperson Jes Huo named in the listing, to provide an opportunity to share their point of view on the tenant requirement, though both were unreachable by phone despite multiple attempts made on Thursday afternoon.

An all-too-similar listing generated controversy just a few days earlier, requiring purchasers of a home on the grounds of a Caledon country club to be of Ukrainian descent.

In a weird twist, the property that controversy centred around is treated as exempt from a ban on restrictive covenants limiting ownership based on areas covered in the Human Rights Code under a grandfather clause for land titles predating 1950.

But it appears that no such loophole exists for rentals.