Between runaway inflation and the rising cost of pretty much everything, managing your budget to simply exist in Toronto has become next to impossible in 2022. And the cost of rent isn't making things any easier.

The latest Rentals.ca and Urbanation National Rent Report has Toronto ranked as the second-most-expensive on a list of 35 cities for average monthly rent in November across both one- and two-bedroom units, trailing only Vancouver.

Despite the growth, the November average is still well below the high approaching $2,700 seen back in August.

Toronto also trailed Vancouver in average rents for purpose-built rentals and condominium apartments among major markets in Canada with populations over 1 million. 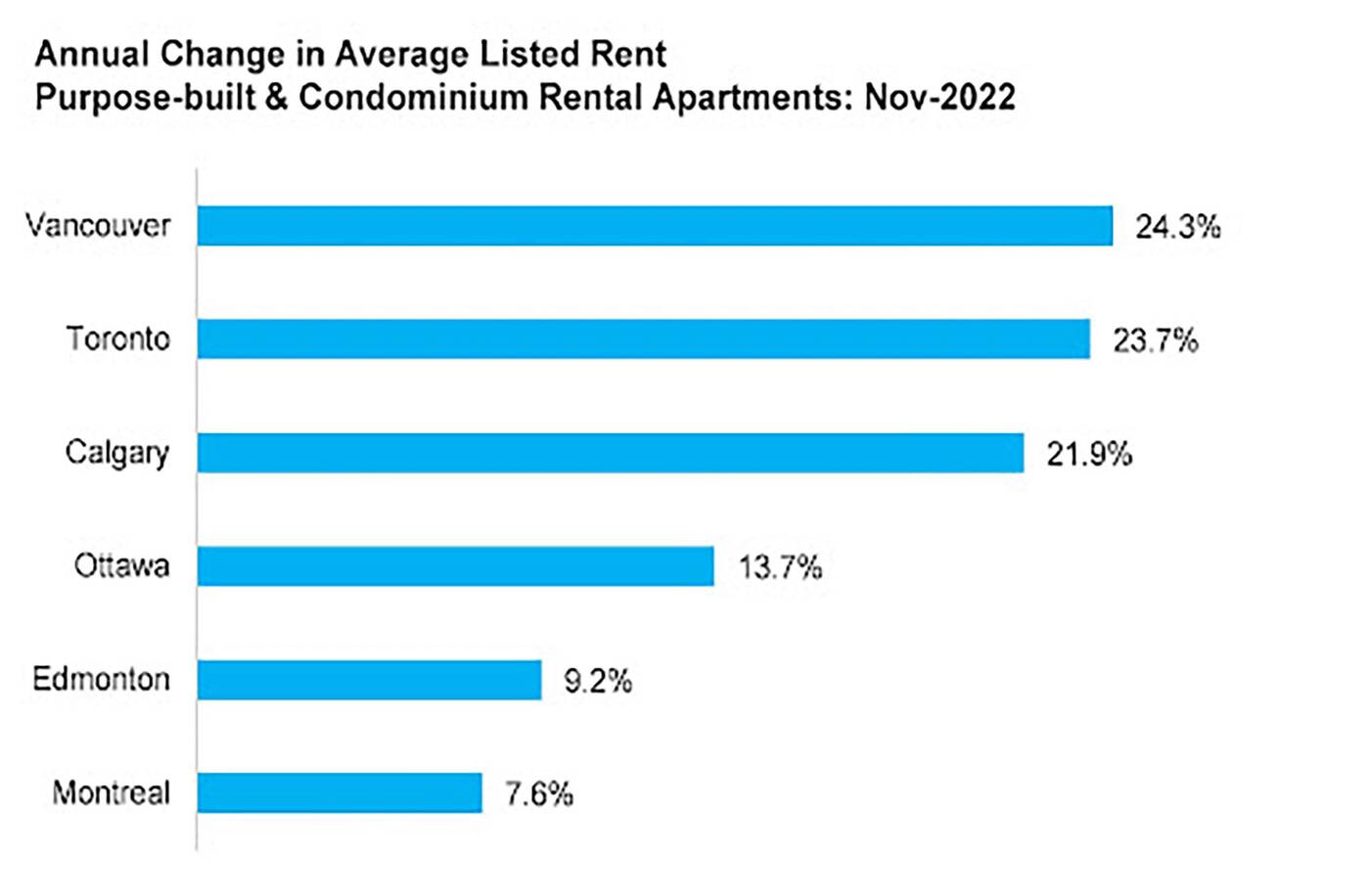 "Rents in Canada are rising at an exceptionally high speed, which is having a profound effect on housing affordability as interest rates continue to rise," says Shaun Hildebrand, president of Urbanation.

"With the most expensive cities experiencing very low supply and the fastest rates of rent increase, regions with high population growth are seeing demand shift into more affordable areas."

Rents climbed at even higher rates in certain markets within the Greater Toronto Area, with the fastest growth in monthly rents recorded in Brampton, where the average shot up by a shocking 28 per cent year-over-year to $2,430.

Though not as pronounced as Toronto's year-over-year rent increase, monthly costs increased by 22.9 per cent to $2,301 in Scarborough and Mississauga climbed up 19.2 per cent to $2,452.

The GTA remains the most expensive region to rent in Ontario, and there was much less fluctuation on a province-wide scale.

Ontario rents registered third in growth across Canada with a 15.3 per cent annual increase. The average one-bedroom rent in the province reached $2,156 in November, while two-bedroom rents averaged $2,638. 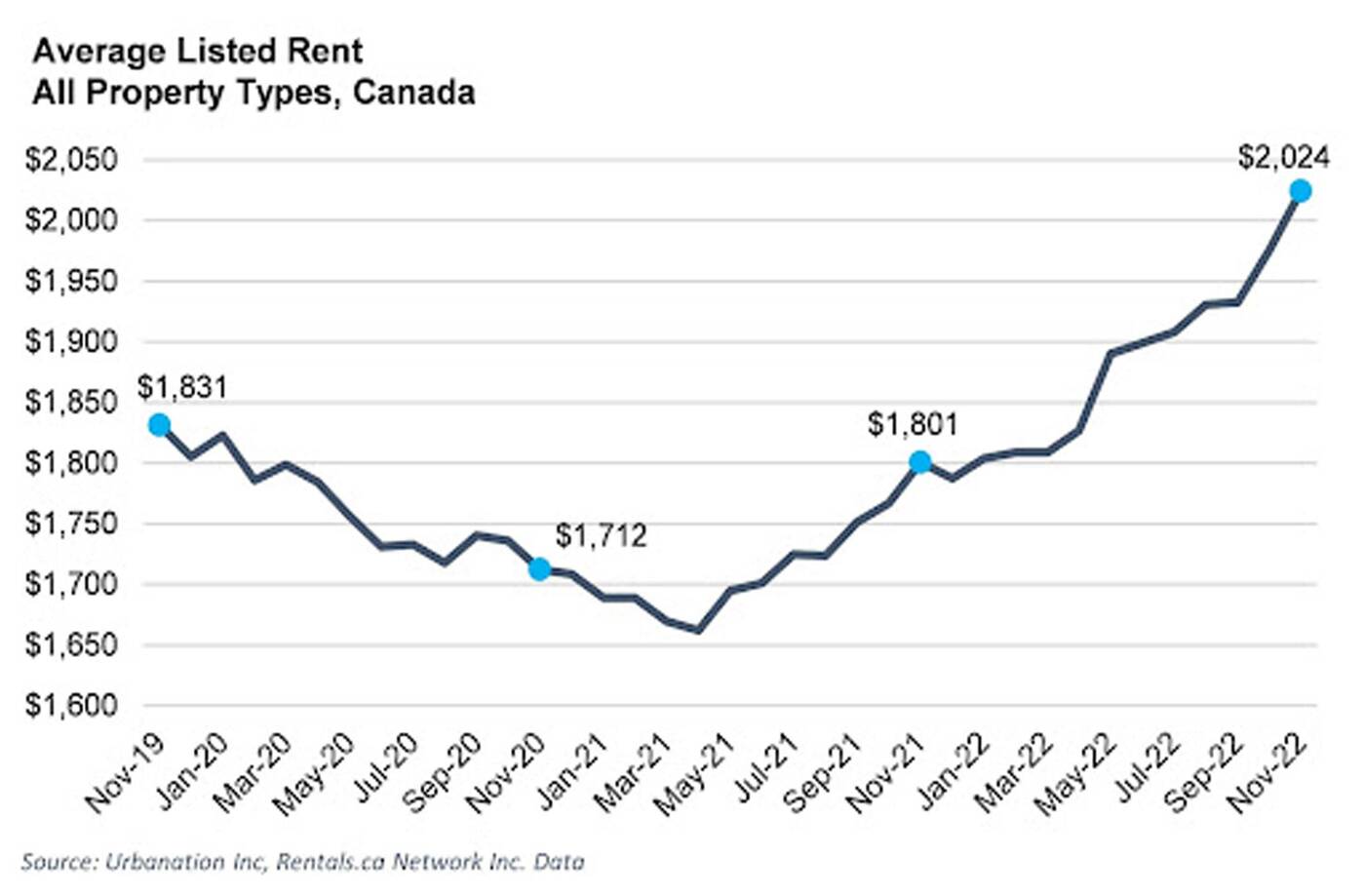 It may not be as severe as the rent increases in the GTA, but, compared to the Canada-wide average rent increase of 12.4 per cent to $2,024 in November, Ontario remains a very expensive place to call home.