Stunning tower to be built next to new Toronto transit station

Even if Toronto's Crosstown LRT never actually opens, it will at least leave the legacy of priming Eglinton Avenue for its new life as a medium-to-high-density urban corridor.

Another new proposal aims to capitalize on this long-overdue-but-mostly-complete transit line, calling for a 33-storey residential tower with a design from architects gh3* that eschews the Toronto tradition of glass everything for brick-textured panels and aluminum finishes.

Keelesdale Station on the upcoming Eglinton Crosstown LRT could have a very fresh-looking neighbour to match its futuristic design right next door at 2634-2654 Eglinton Avenue West and 1856-1856A Keele Street, home to a group of businesses, including Metro Pizza & Chicken and a Dollar Tree location. 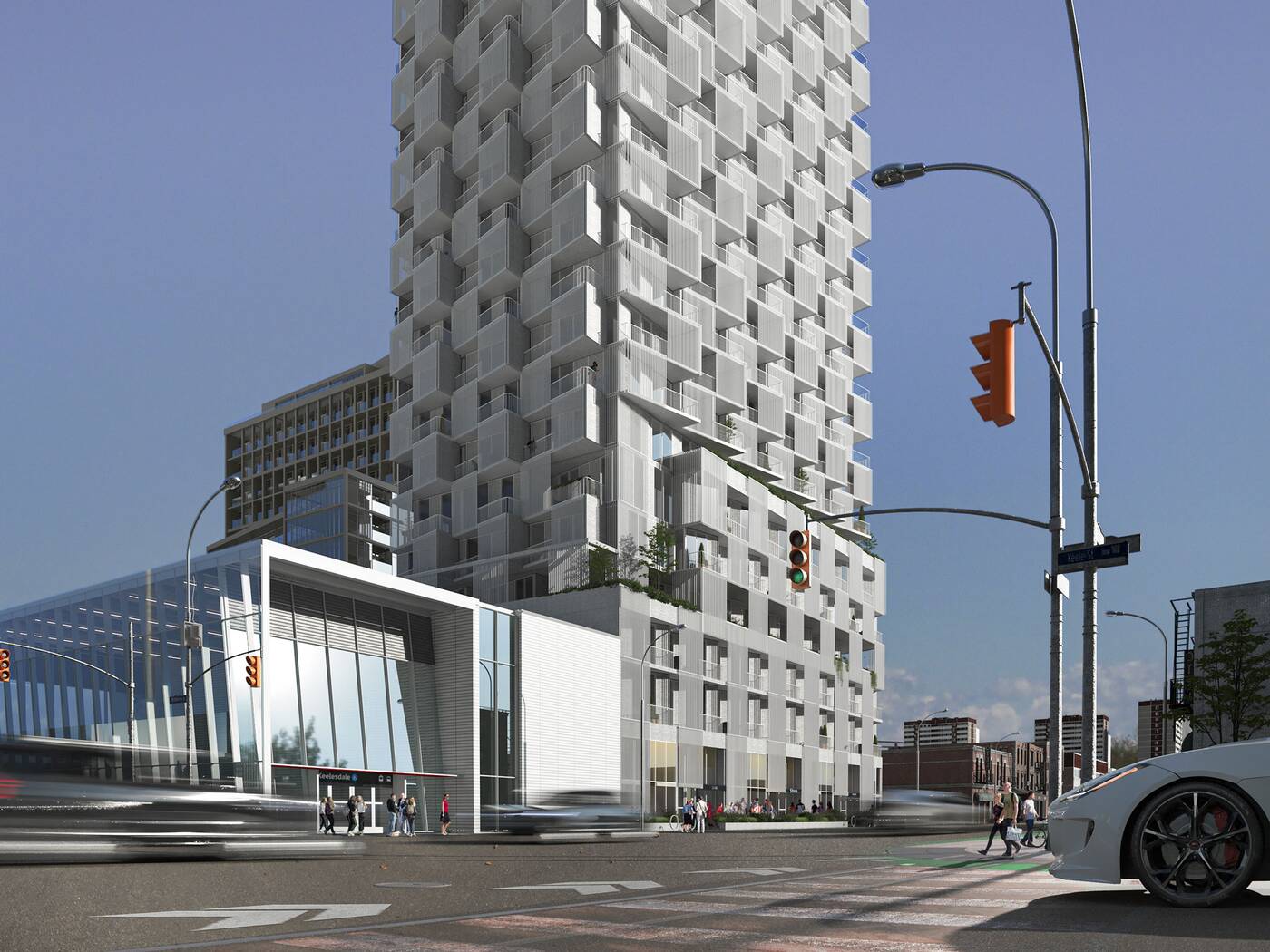 blogTO was treated to an exclusive preview of the application from Fora Developments, a firm that burst onto the local development scene a few months ago with an absolutely jaw-dropping proposal for an organic-looking condo tower on Elm Street.

Defined by a diagonal sawtooth pattern, Fora's latest proposal might not be as flashy as that debut project, but it's evident the relatively new development firm isn't settling for the status quo cookie-cutter condos. 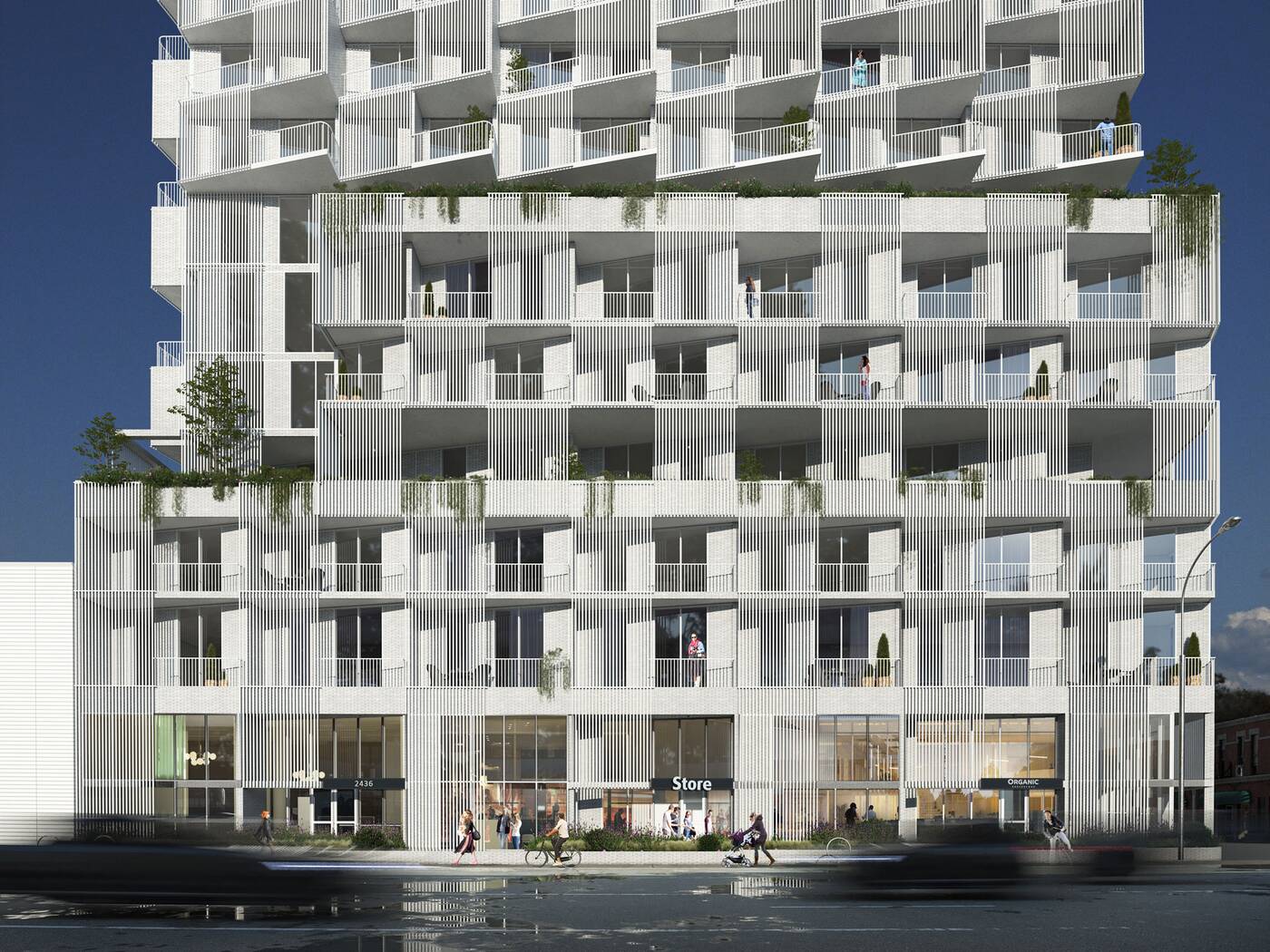 Elsa Fancello EVP of Development at Fora, tells blogTO that the company is "excited to reimagine the future of the site with a new transit-oriented development adjacent to Keelesdale station," adding that the project intends to "bring new homes, retail spaces, and an inviting pedestrian experience, to the Keele and Eglinton community."

Their plan for the Keele and Eglinton site calls for 370 residential units, broken down into a mix of 179 one-bedrooms, 154 two-bedrooms, and 37 three-bedroom units.

Most of the building's 22,529 square metres of space would be allocated to the aforementioned residential space, with the exception of 324 square metres of retail planned across three separate units on the ground floor. 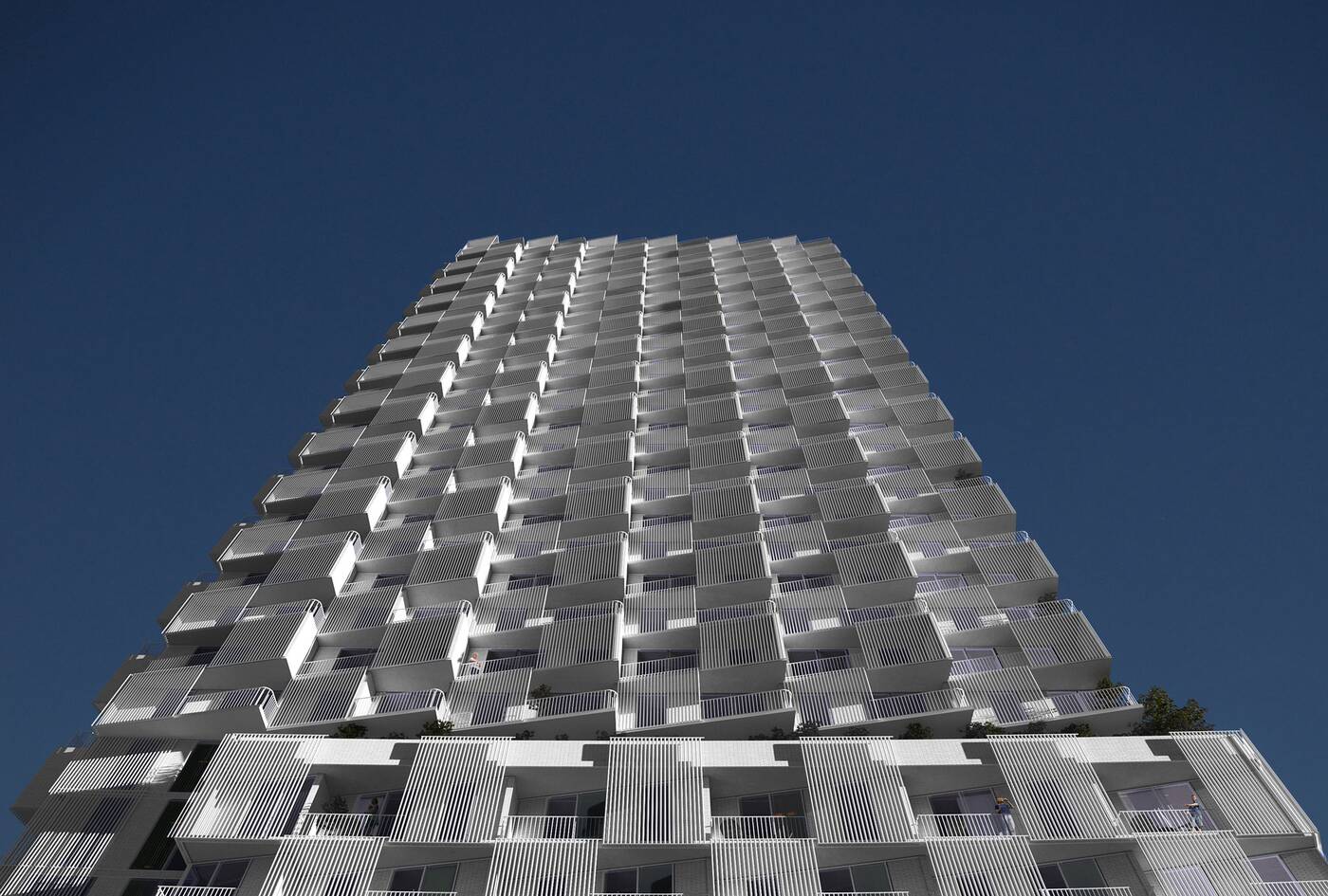 But you'll probably want to just hop on the Crosstown instead.

While there is no direct indoor connection to the adjacent Keelesdale Crosstown Station, residents will be situated immediately next door to the new transit infrastructure, and will likely be able to tolerate the few metres of outdoor exposure during even the most inclement weather.