New-build homes in Toronto have a tendency to look alike, as many homebuilders go for traditional architectural styles that often give neighbourhoods a sense of monotonous ultra-cohesion.

But it's a whole different game for interiors, where owners flex their individuality through lavish designs, like one luxury home that just hit the market at 205 Norton Avenue in North York. 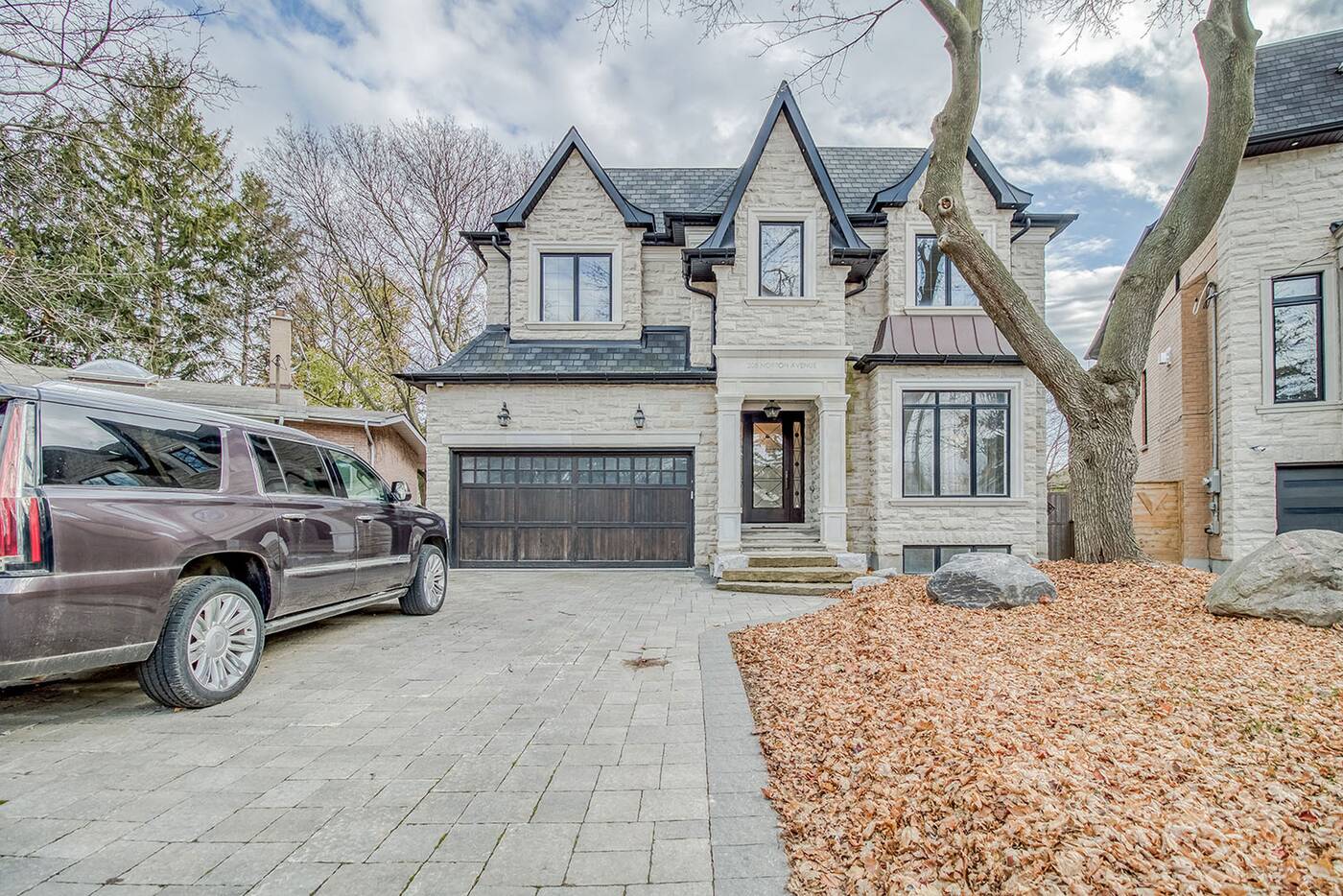 This five-plus-one-bedroom, seven-bathroom home on a quiet cul-de-sac was listed at $4,198,000 this week, and a look inside of the roughly 6,200-square-foot suburban palace offers a better justification for the hefty price tag. 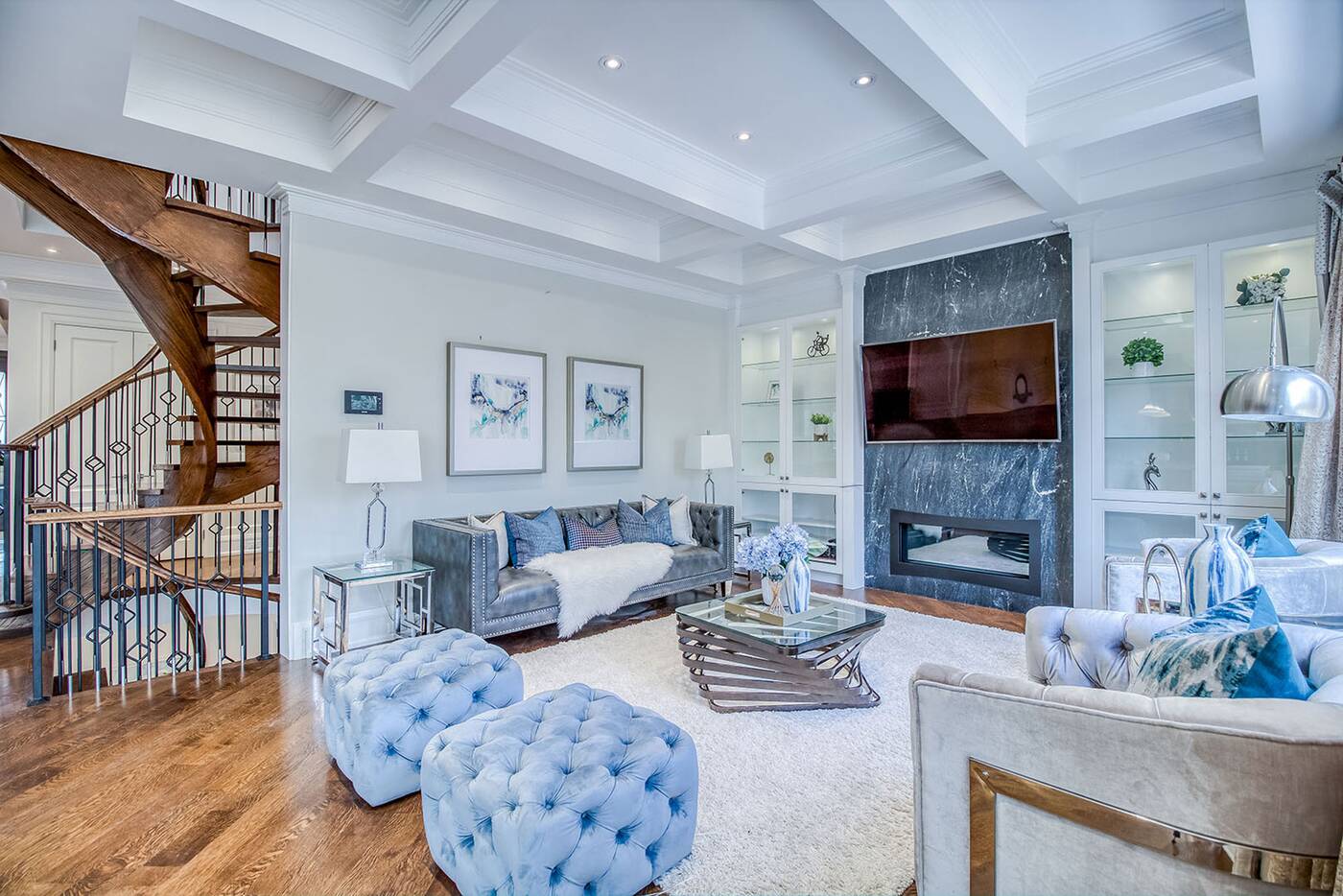 Its near-McMansion-style exterior is described in the listing as an "architectural masterpiece," and while I could more than easily dedicate a few paragraphs to arguing that claim, that would just take attention away from the design accomplishments found within. 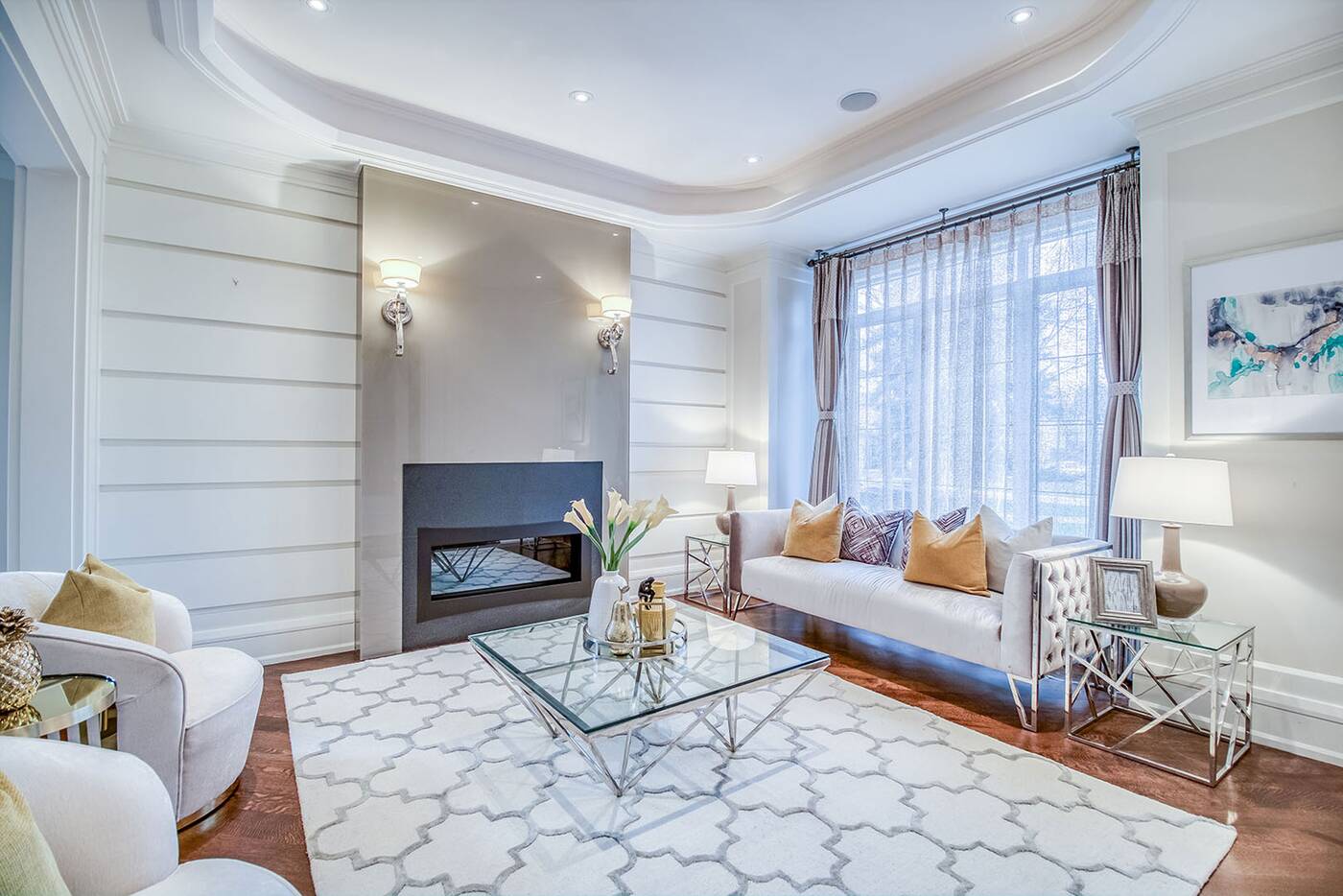 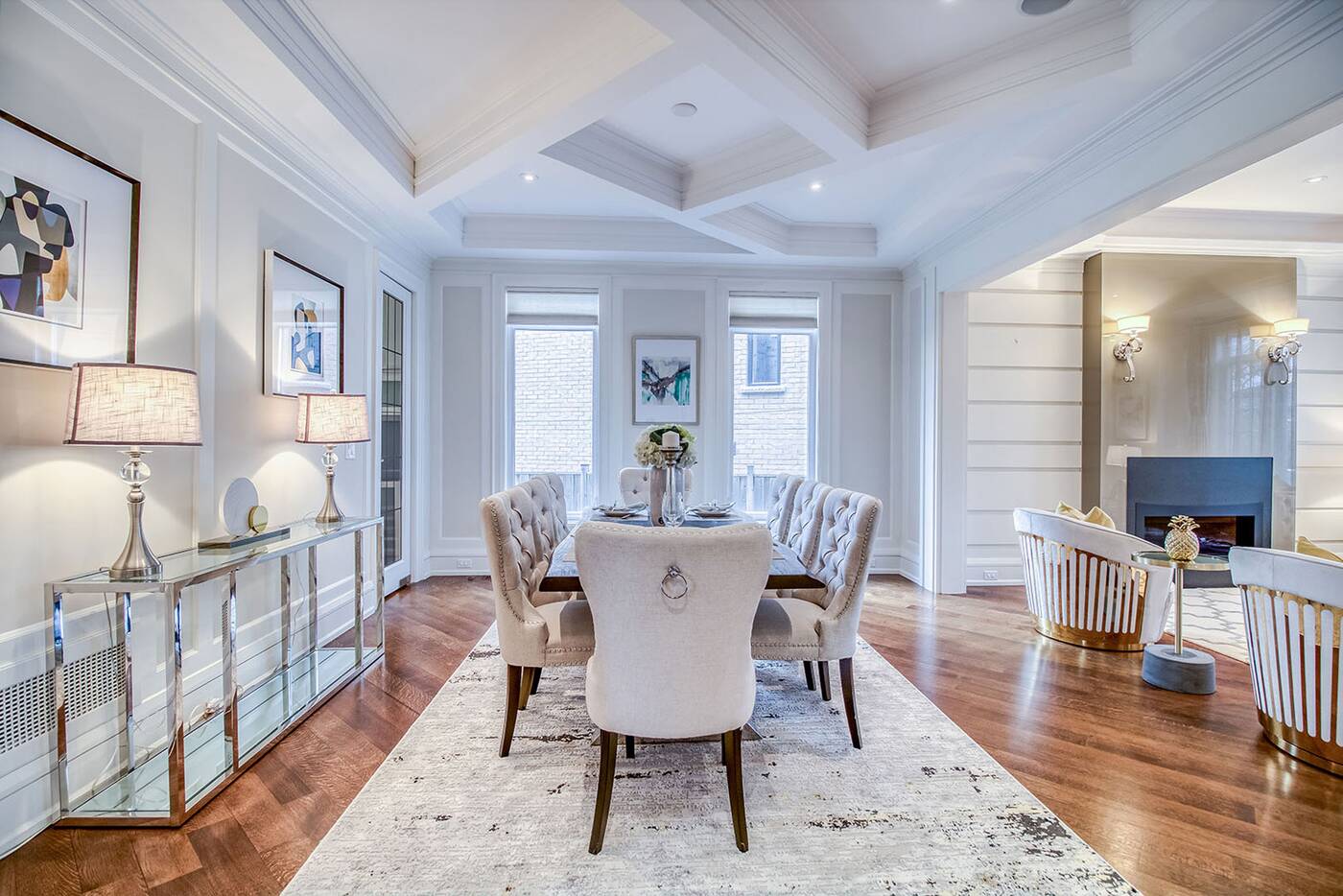 A central spiral staircase adds a touch of drama to the floor plans. 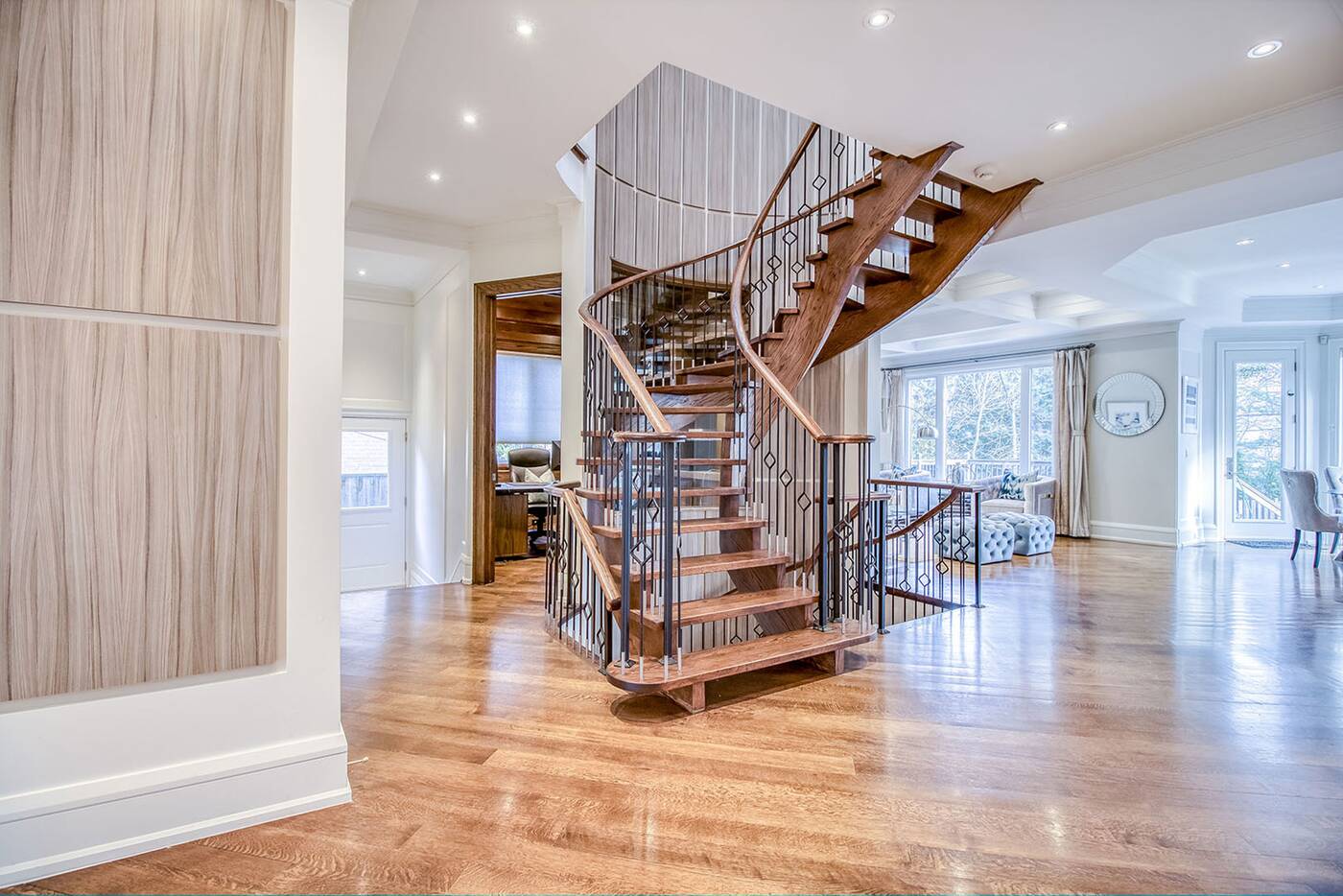 The kitchen offers an impressive space to get your weekly meal prep done, with top-of-the-line integrated appliances, a butler's pantry, and a large breakfast area with a walk-out to a deck. 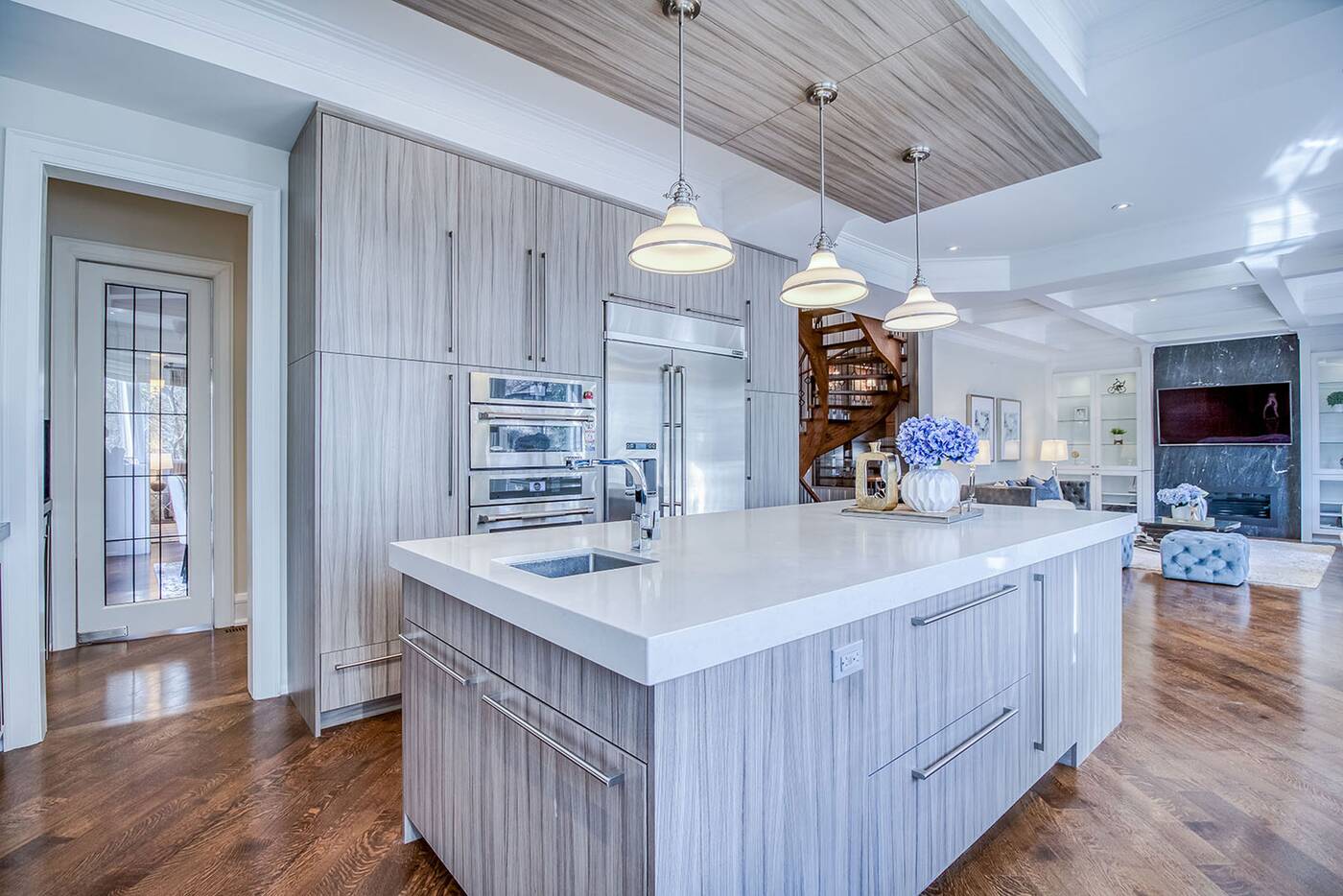 A primary bedroom comes with its own fireplace — one of four found throughout the house — and soaring ceilings with ample window coverage. 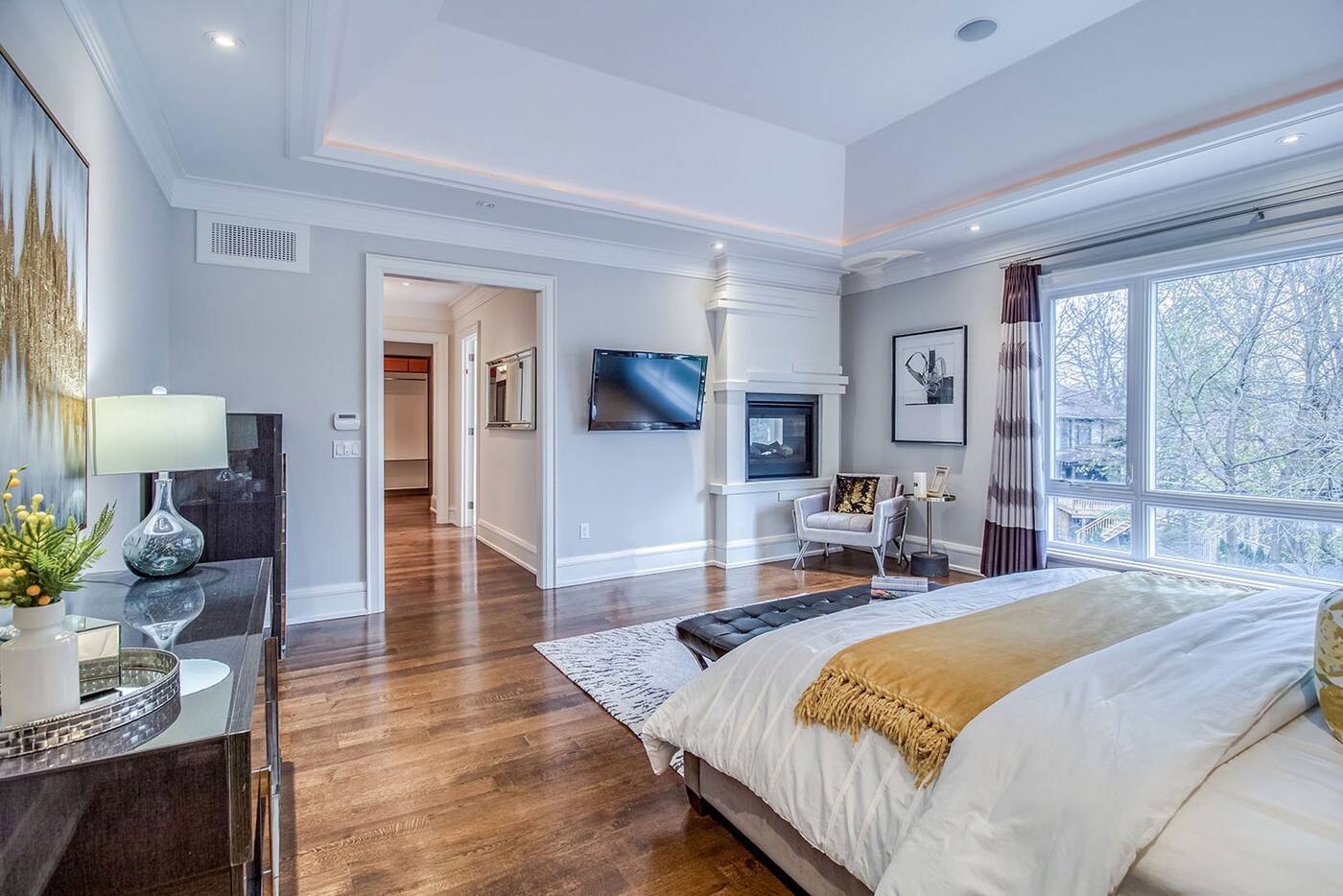 Attached to the primary bedroom is a generous walk-in closet. 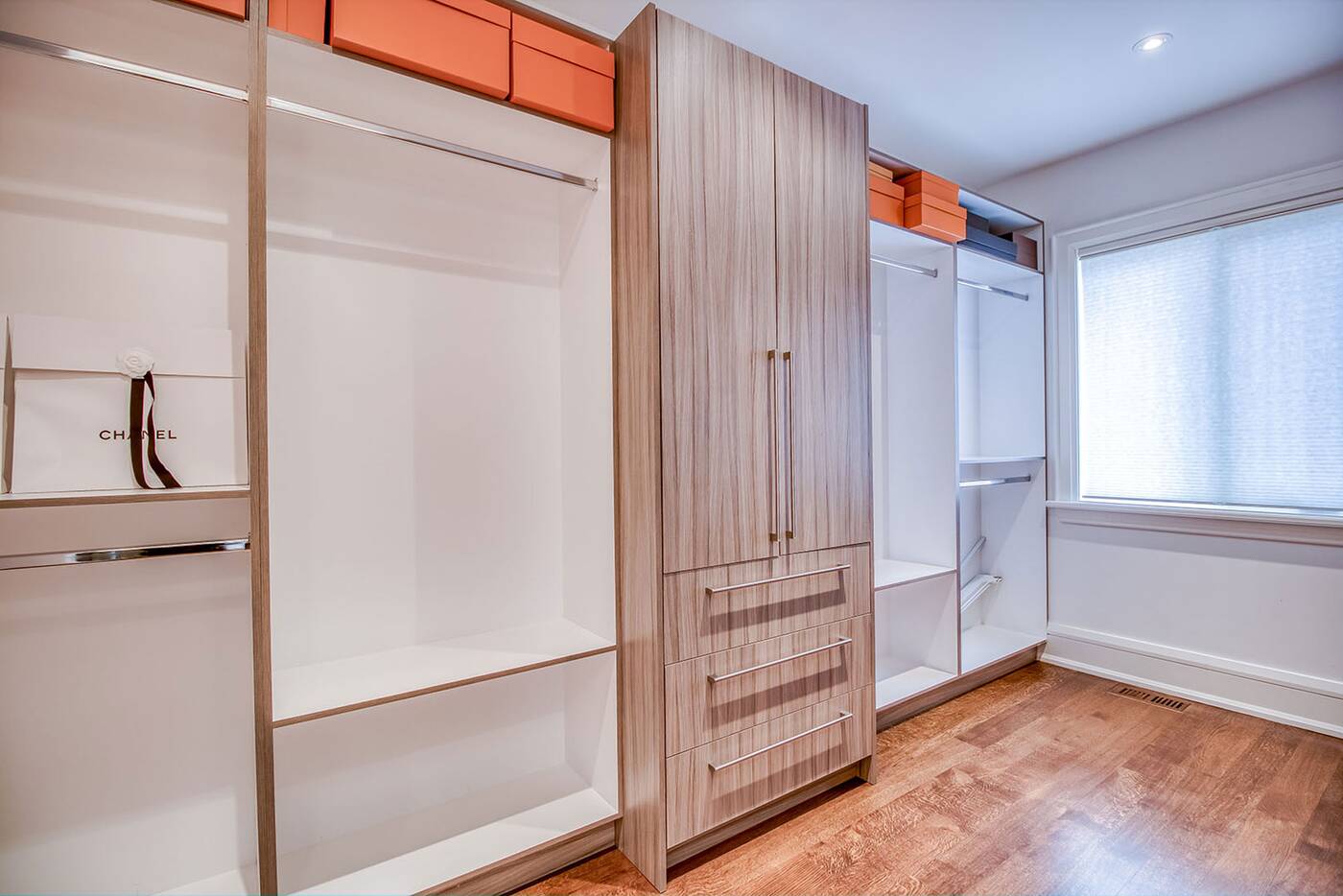 The primary bedroom also contains an ensuite with heated floors and spa-inspired finishes, a glass-walled shower stall (with a seat!), a toilet and bidet in a frosted glass stall, and a soaker tub. 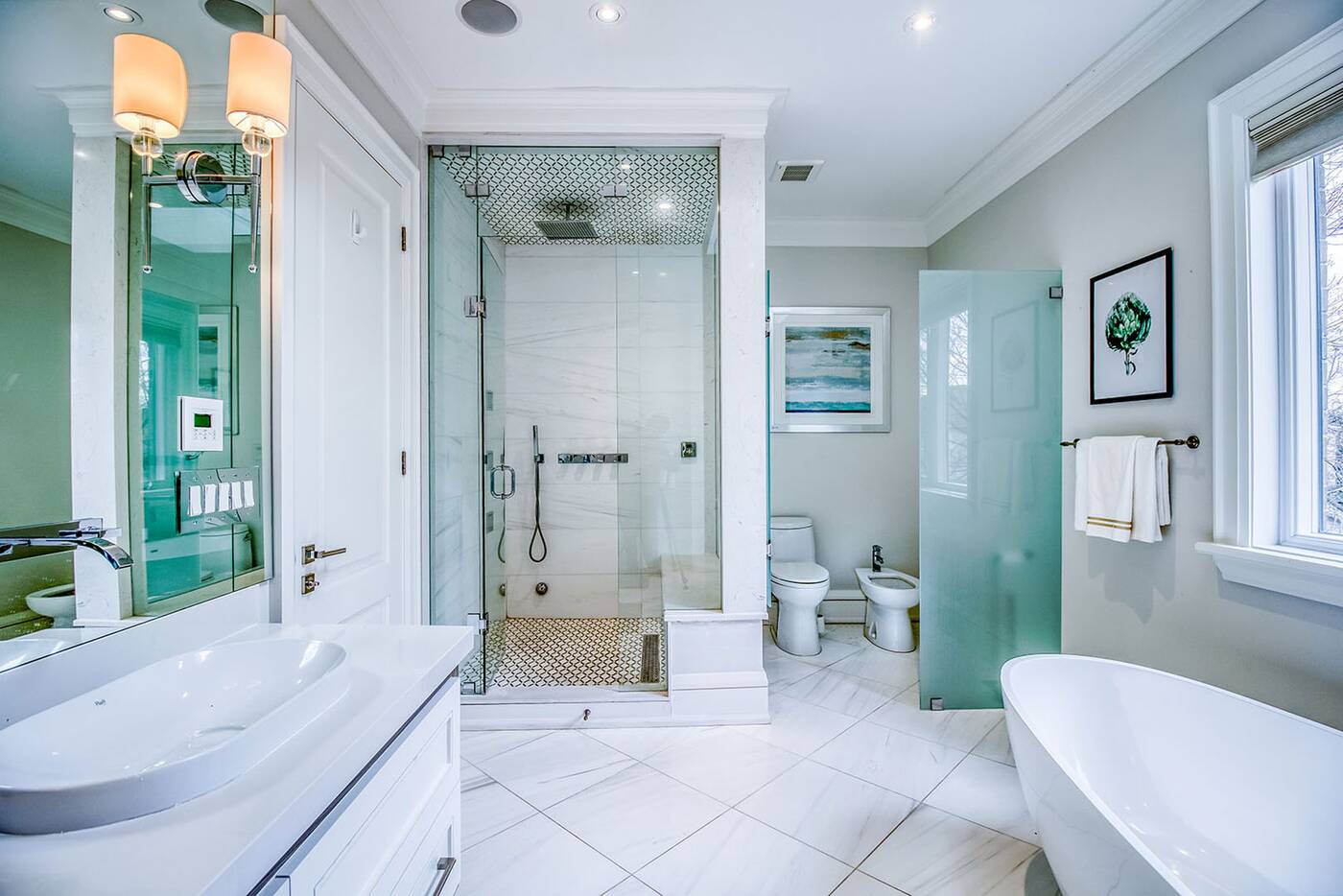 Though not quite on the same level as the primary bedroom, other bedrooms in the house also feature ensuite bathrooms, including a second bedroom that also offers its own walk-in closet 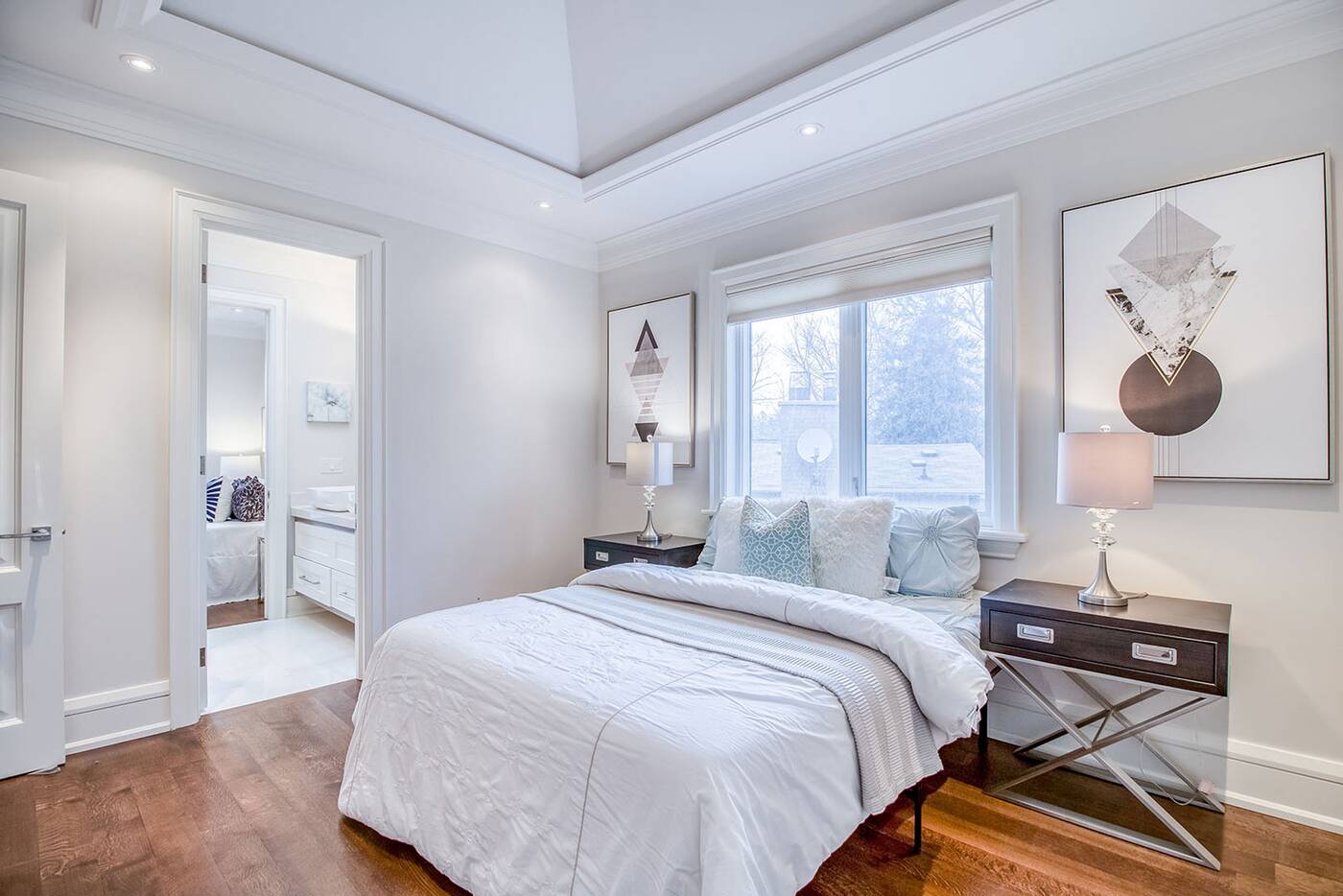 Even its basement will put other homes' main floors to shame, offering heated floors, a theatre room, and, most importantly, a bar and wine cellar for entertaining guests. 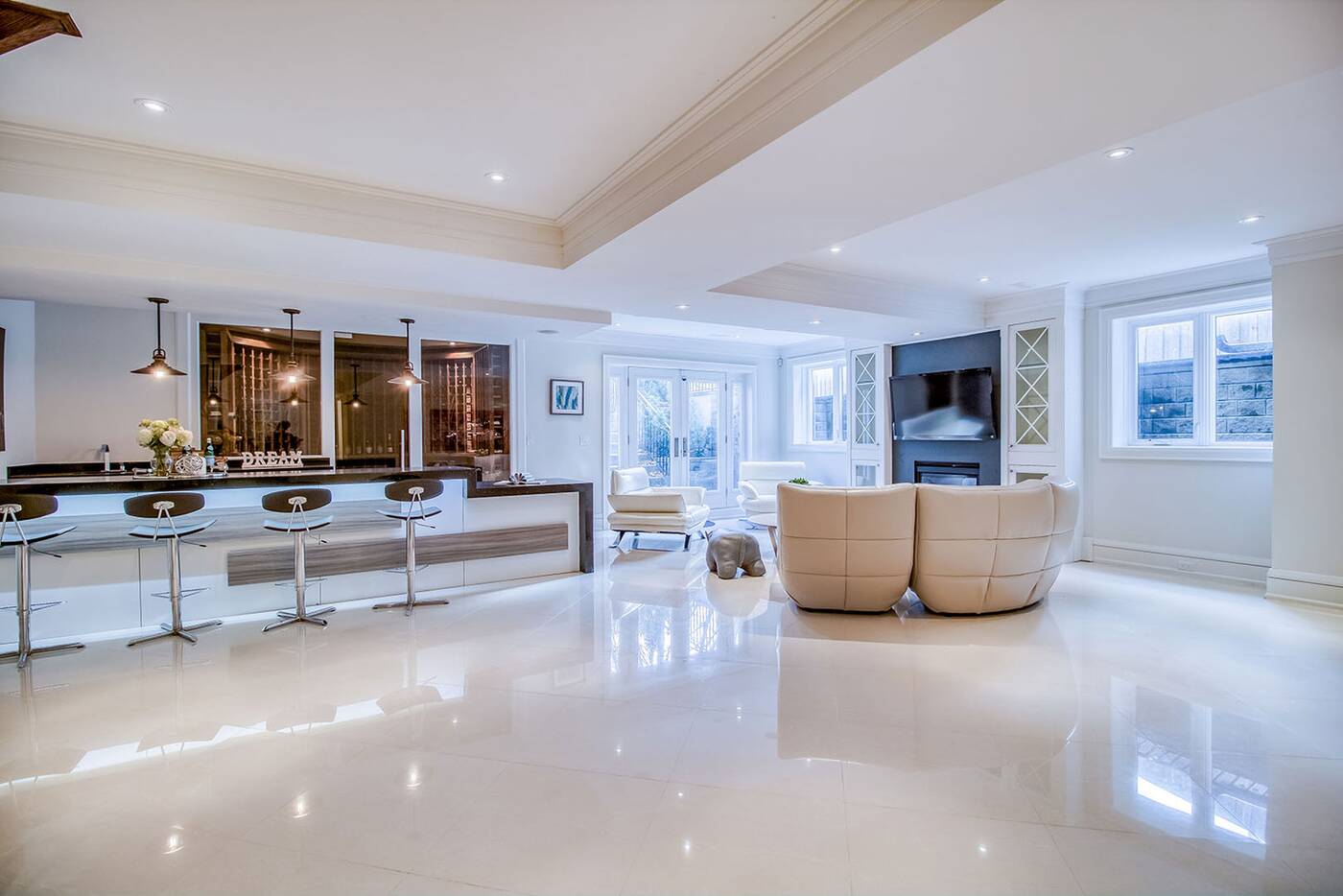 And the basement even features a second bedroom, perfectly placed for guests to crash in case they go too hard at the aforementioned bar. 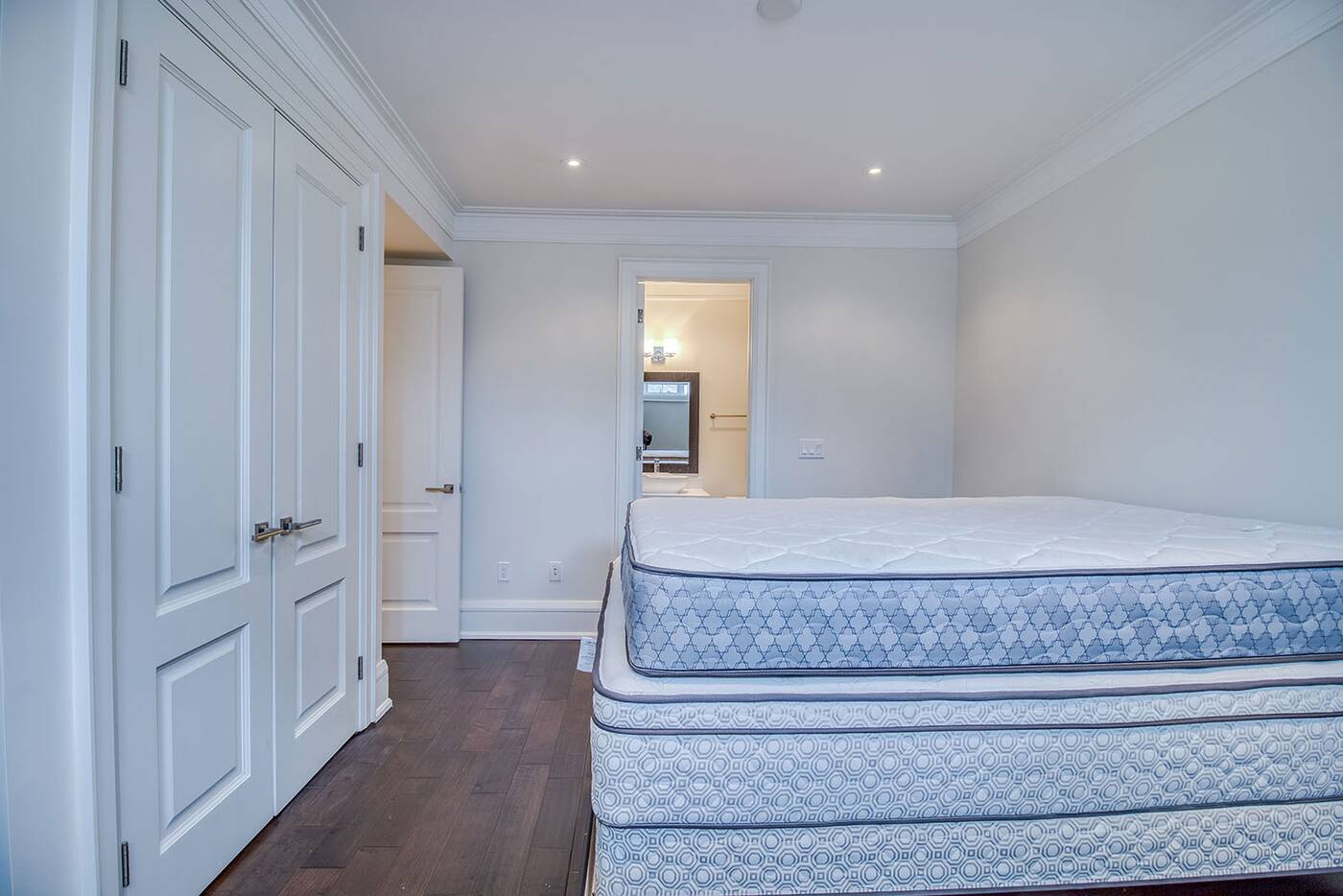 If all of those features weren't enough for prospective buyers, the home comes equipped with a smart home system, fully controllable through your smartphone, which controls lights, climate, security cameras, and other elements of the home.

The home is right next door to another recent notable luxury listing, though this one generated buzz for its inclusion of antiquated gender roles in the sales pitch.

You can check out more photos of the home by visiting the listing.