A whole block of businesses, including a grocery store and a strip plaza, could soon be demolished to make way for an enormous condo complex newly proposed for the Victoria Park and Eglinton area of Scarborough.

Developer Playacor Group has applied to redevelop the stretch from 1400 through 1410 Victoria Park Avenue, currently home to a strip plaza with six businesses, an auto body shop, along with the Victoria Supermarket and its associated surface parking lot. 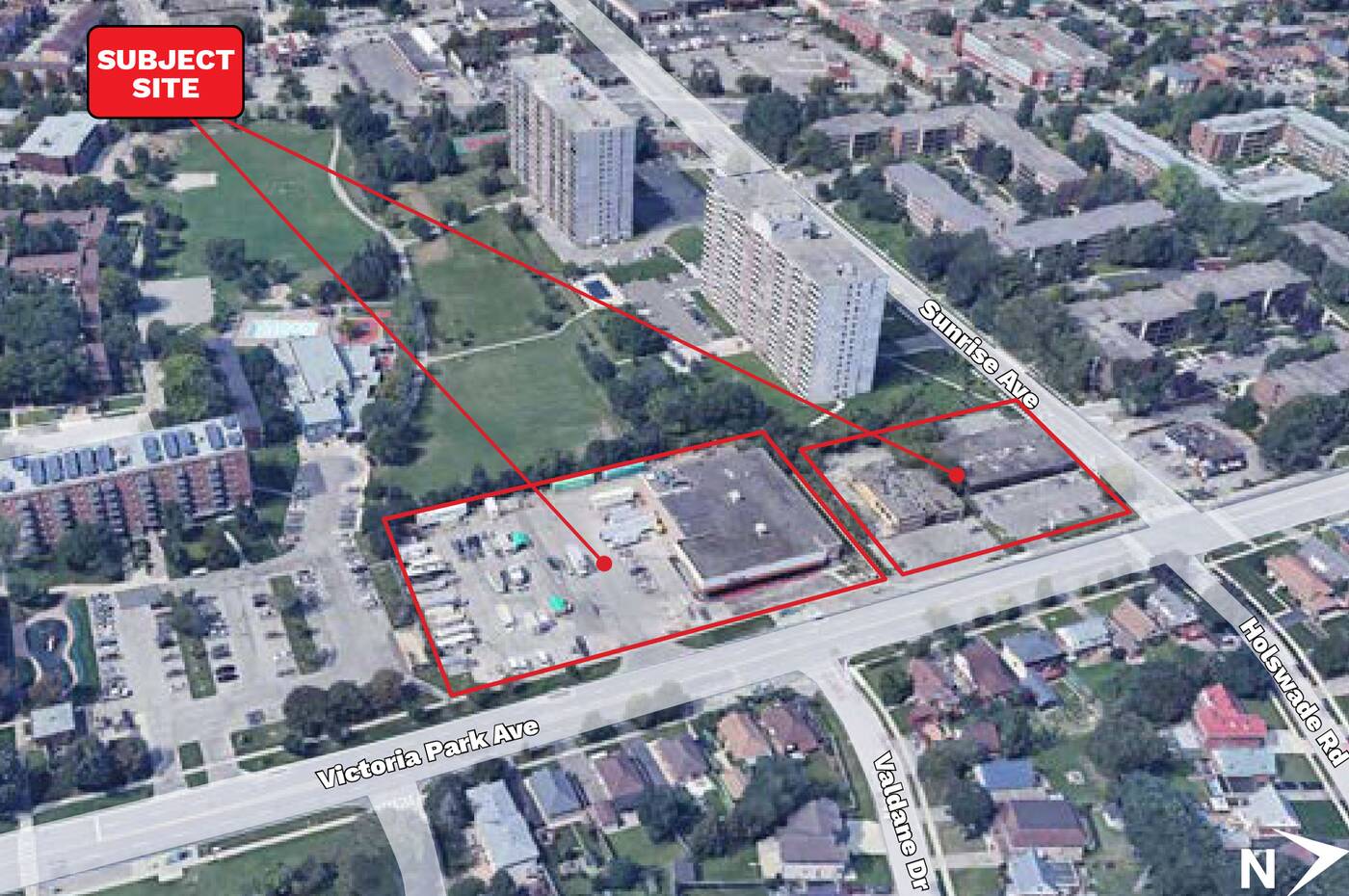 The proposal seeks to level the whole stretch of buildings and replace the current single-storey buildings and parking with an almost Jenga-esque complex designed by Core Architects, containing a 34-storey, 116.5-metre tower and a 12-storey, 49.2-metre mid-rise. 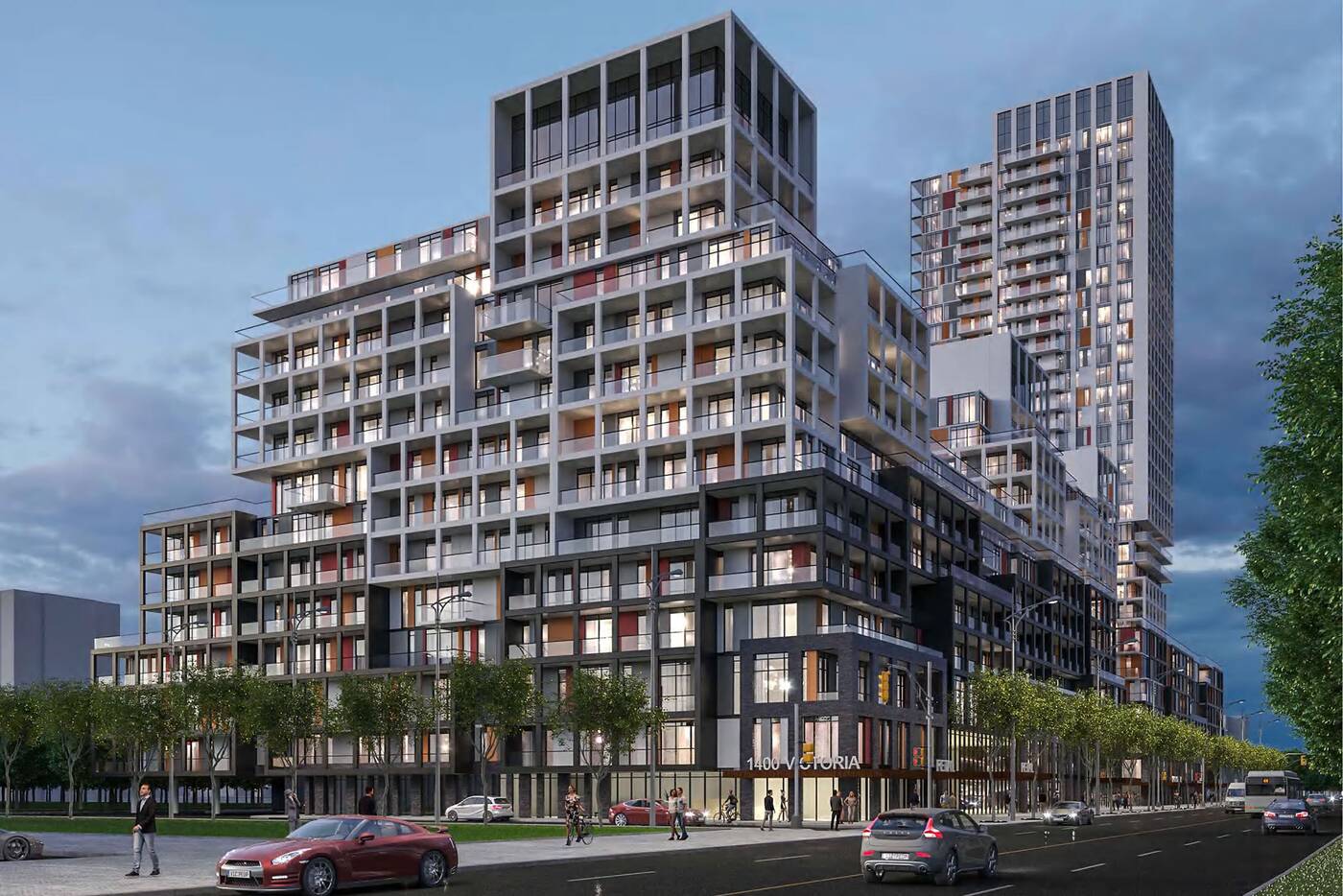 Just over 92 per cent of the approximately 65,003 square metres proposed is dedicated to residential space. That 61,777 square-metre residential area includes 521 condominium units in the tower and another 347 units within the midrise. 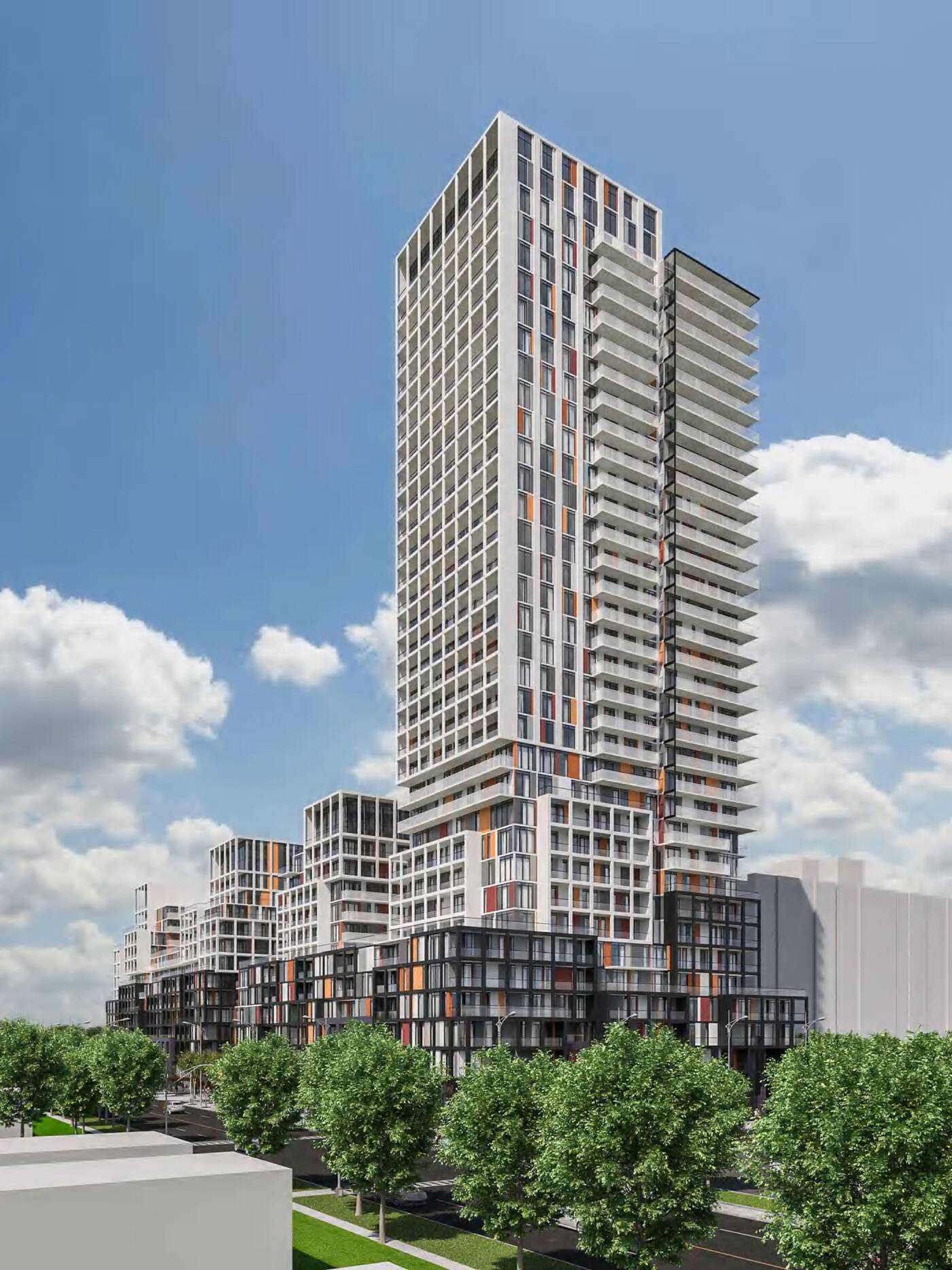 The remaining floor space is planned as commercial area on the complex’s ground floor. This commercial component of 2,120.4 square metres includes a generously-sized open floorplate space that could be used to house a replacement for the current grocery store. 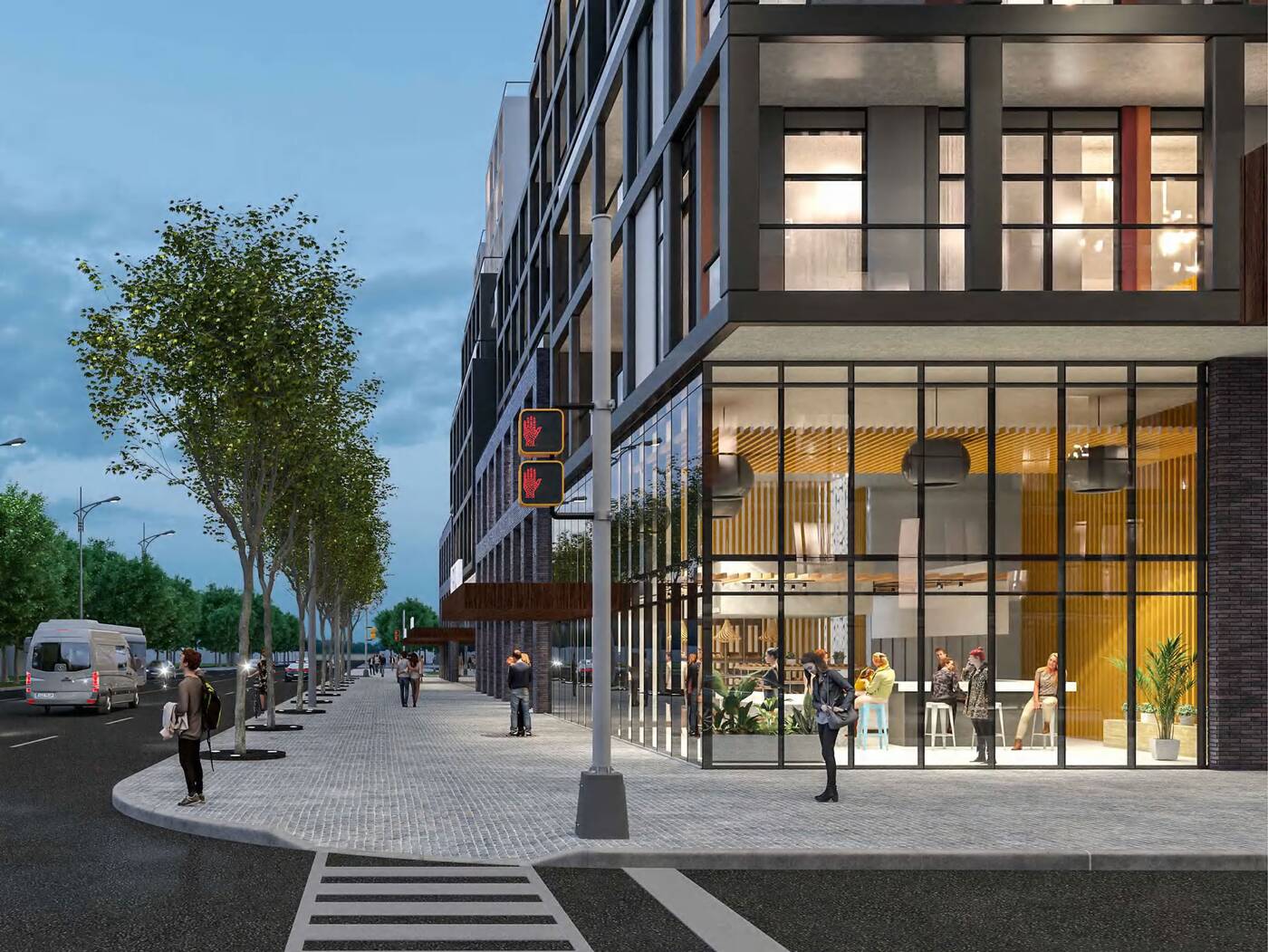 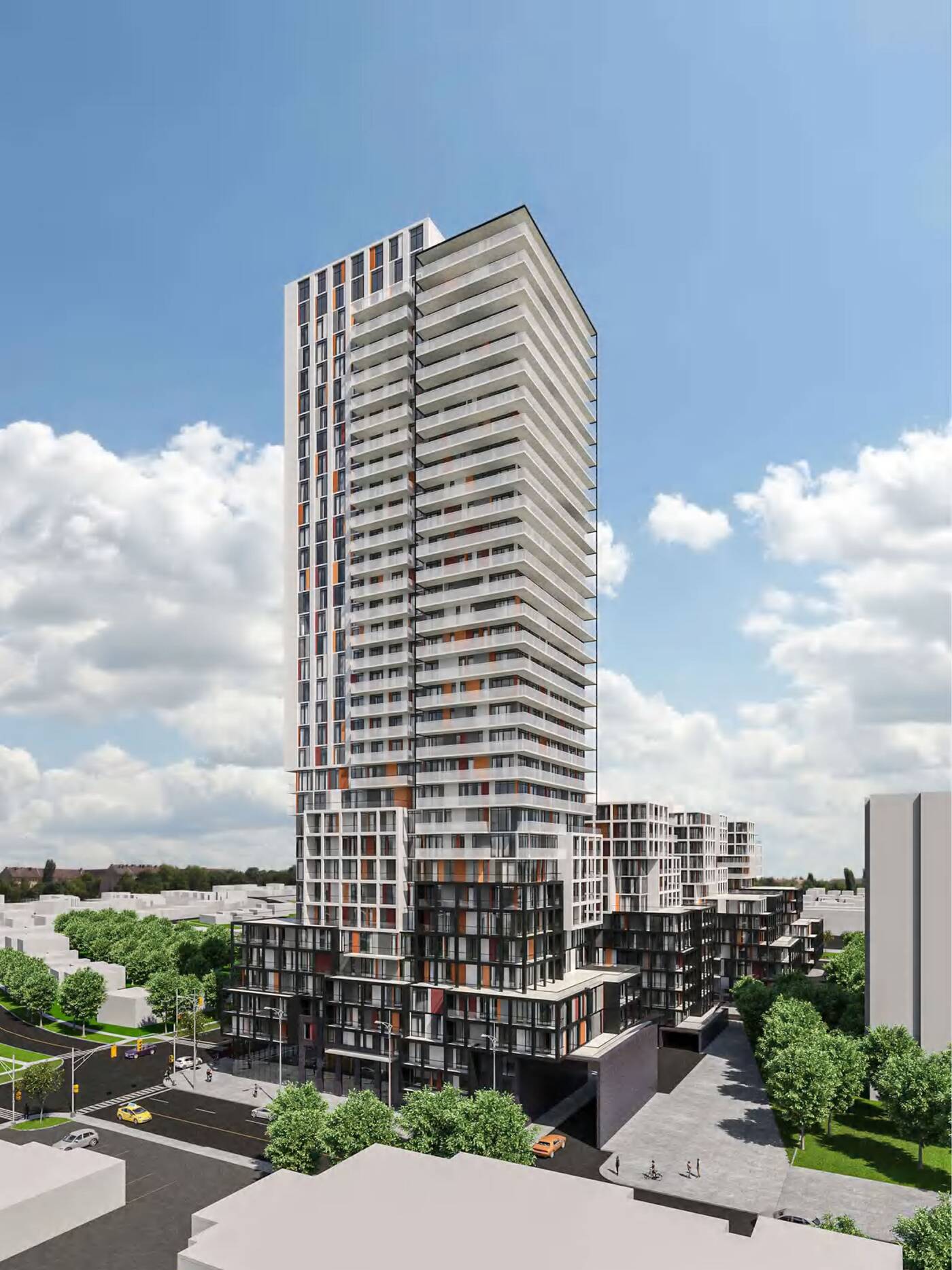 The 1400 Victoria Park project proposes a three-level underground parking garage that would add a whopping 535 cars to local roads. That's well below the ratio previous requirements would have resulted in, but still a heck of a lot of cars. 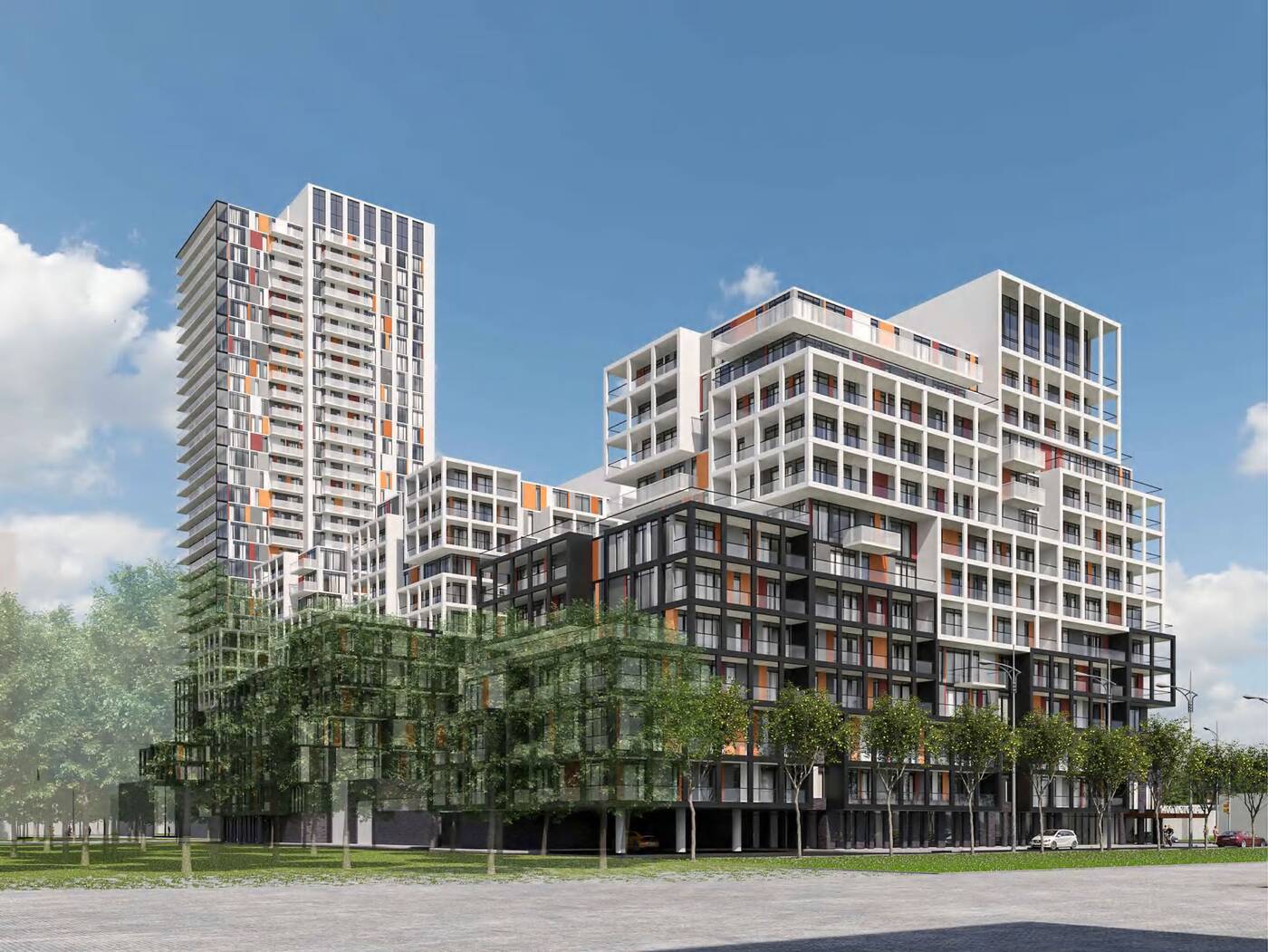 Area residents who endure the inevitable construction headaches and the temporary loss of local grocery and shopping options will at least get a payoff in the form of a new public park planned at the south end of the site.

This just over 1,225 square-metre plot of land, occupying the southern extent of the current Victoria Supermarket, would be dedicated to the city for later build-out and integration into Toronto's expansive parks network.