Despite signs of declines in Toronto's condo and single-family home markets, the city is still starved for rental units.

Another significant rental complex is now in the development pipeline at 49 Ontario Street in the rapidly-evolving King and Parliament area, a pocket of the city that has already experienced substantial vertical growth in the last decade and can expect plenty more in the years to come.

Back in 2019, developer Dream Unlimited pitched a three-building proposal to the city with heights of 36, 29, and 12 storeys and a design from architects—Alliance.

This plan appeared to go cold for over two and a half years, when a revised version of the proposal landed on city planners' desks, incorporating some major changes, now planned at heights of 39, 34, and 10 storeys with an updated design and glossy new renderings. 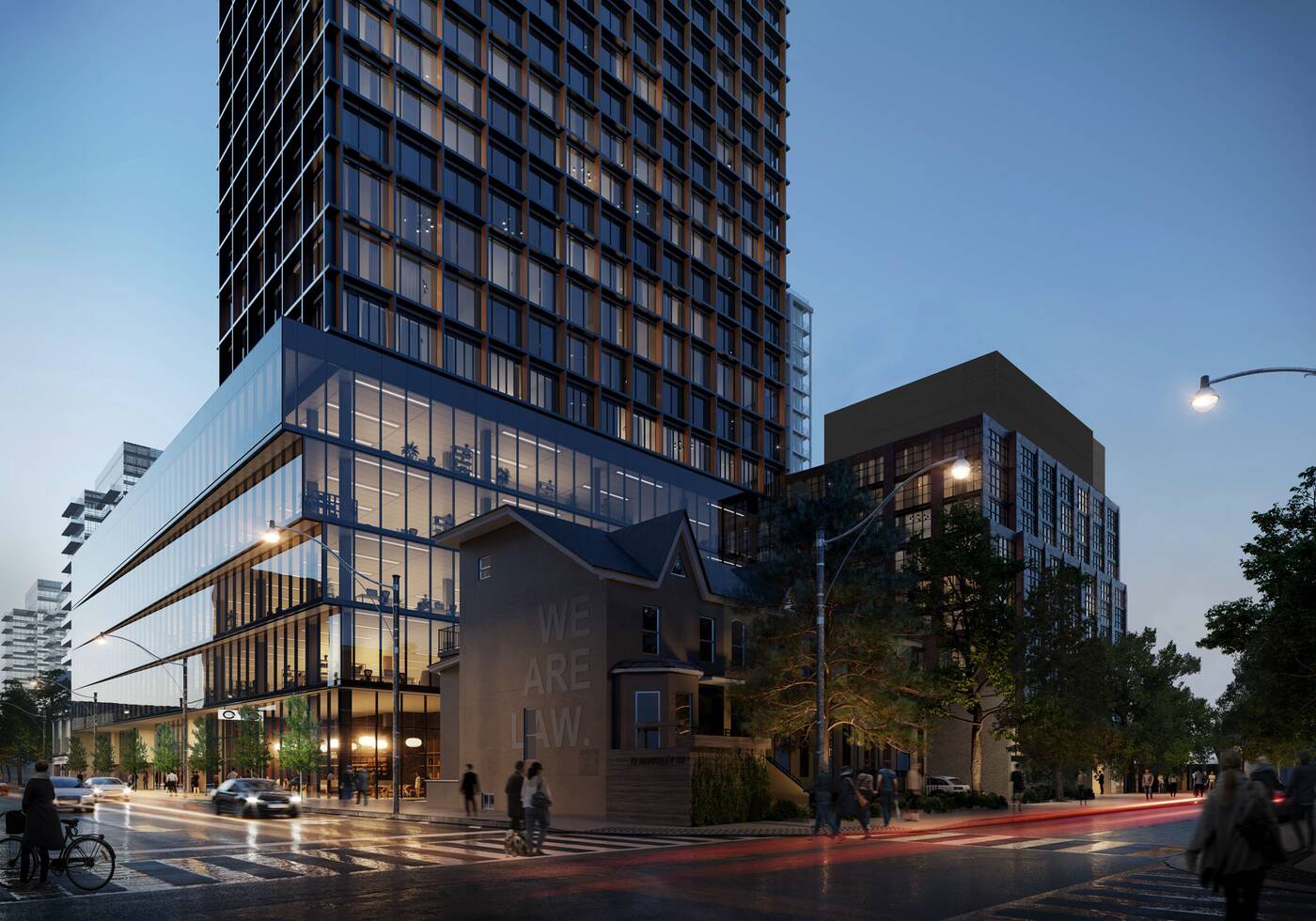 The plan would require the demolition of an existing office building at 49 Ontario Street and a single low-rise building fronting Berkeley Street to the east. Much of the development's footprint is currently occupied by a surface parking lot fronting Berkeley.

All of this new proposed residential space aims to help address the rental housing shortfall with 894 new apartments, planned in a breakdown of 569 one-bedrooms, 93 two-bedrooms, and 31 three-bedroom units.

Some pretty impressive public realm upgrades are included in the revised proposal, most notably a newly-added public park fronting onto Berkeley Street. 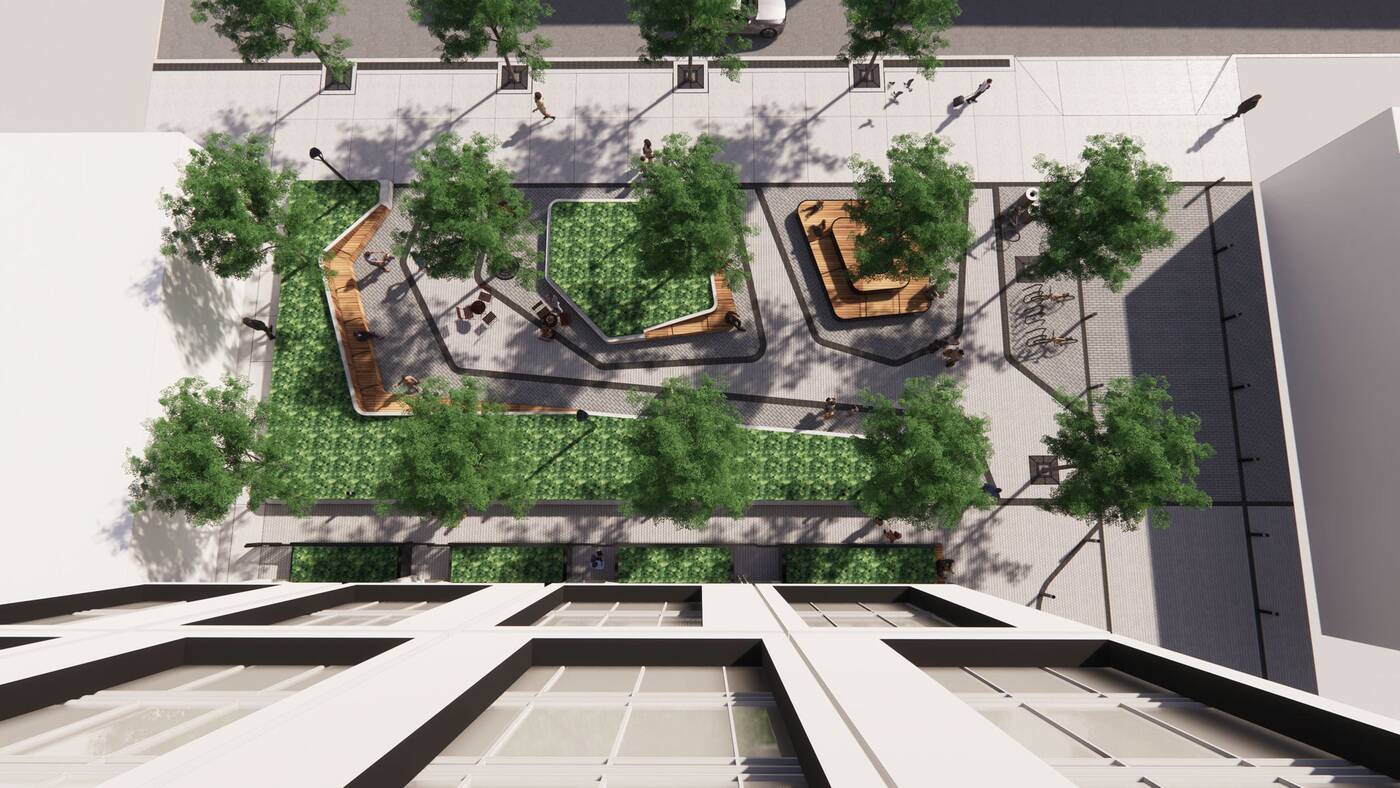 The park is designed to serve the complex and surrounding community with new green space that planning documents state will "complement Berkeley Street's low-rise scale and character." 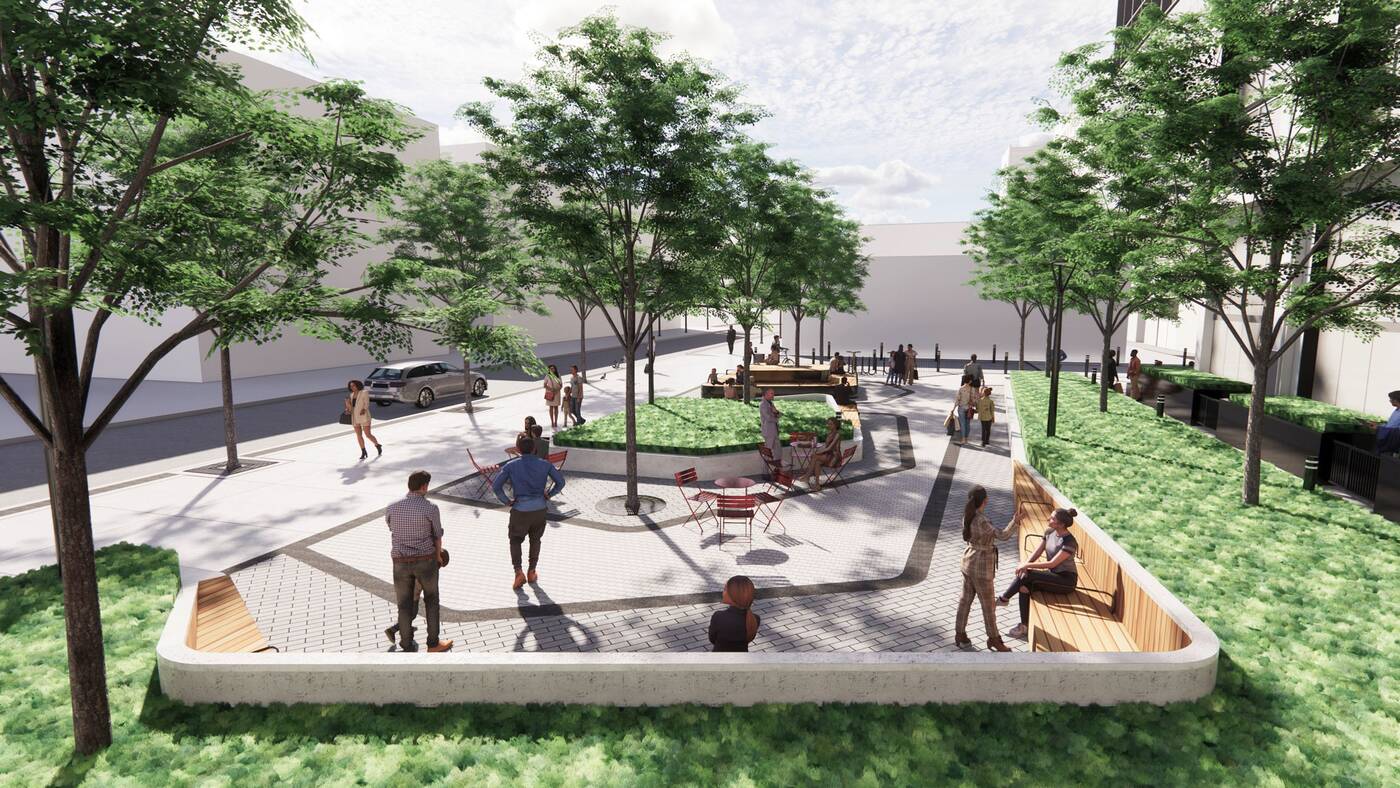 Complex and area residents would also benefit from a new mid-block connection that links Ontario Street and Berkeley Street, designed to function as a pedestrian and cyclist-friendly woonerf providing vehicle access to the development. 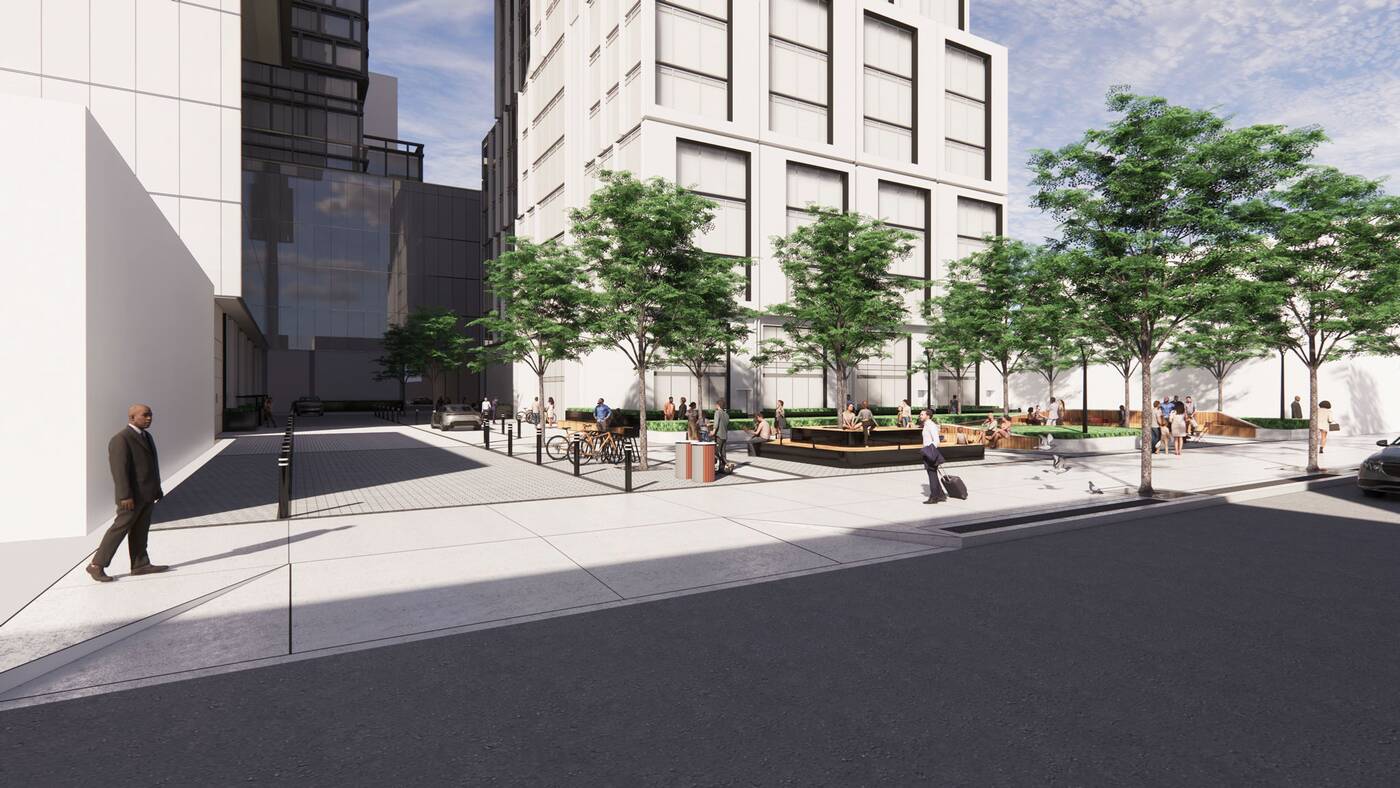 The hundreds of residents and employees expected to live and work in the complex would be situated just steps from streetcar lines on King and Parliament, along with access to 202 parking spaces in an underground parking structure and 947 bicycle parking spaces.

Plans are now under review by city staff, bringing the refined vision one step closer to reality.