The sights and sounds of demolition bombard Toronto residents day in and day out. But sometimes, amid the cacophony of construction noise and choking dust clouds, there can be some neat details to take in.

One such case is the site of an upcoming mixed-use development on the east side, with a very curious teardown at 427 Adelaide Street East that has been turning the heads of passersby for weeks. 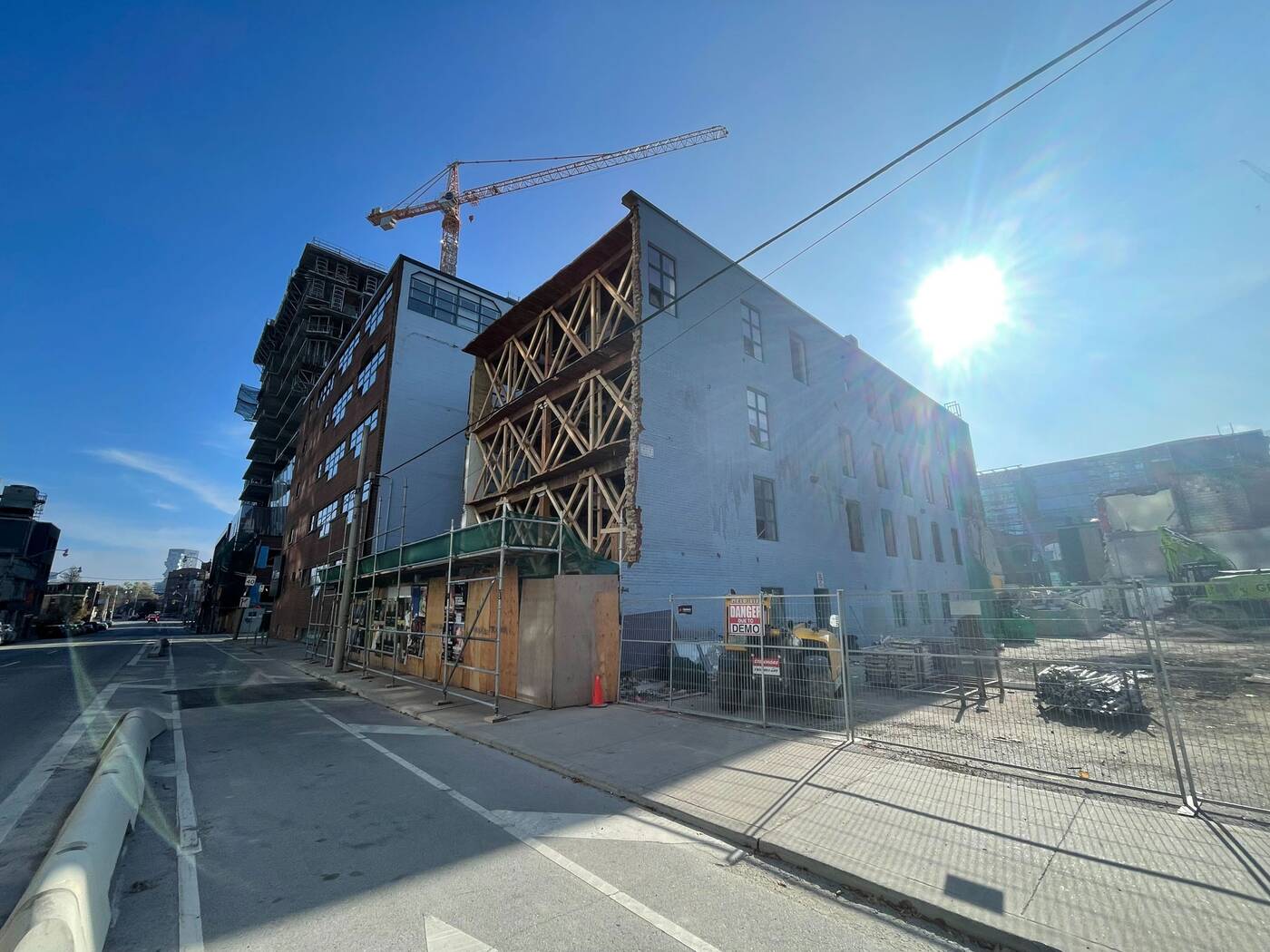 The existing four-storey building is one of several on the way out to make way for a two-tower rental and commercial complex from Fitzrovia Real Estate known as The Grainger and The Sanderson. 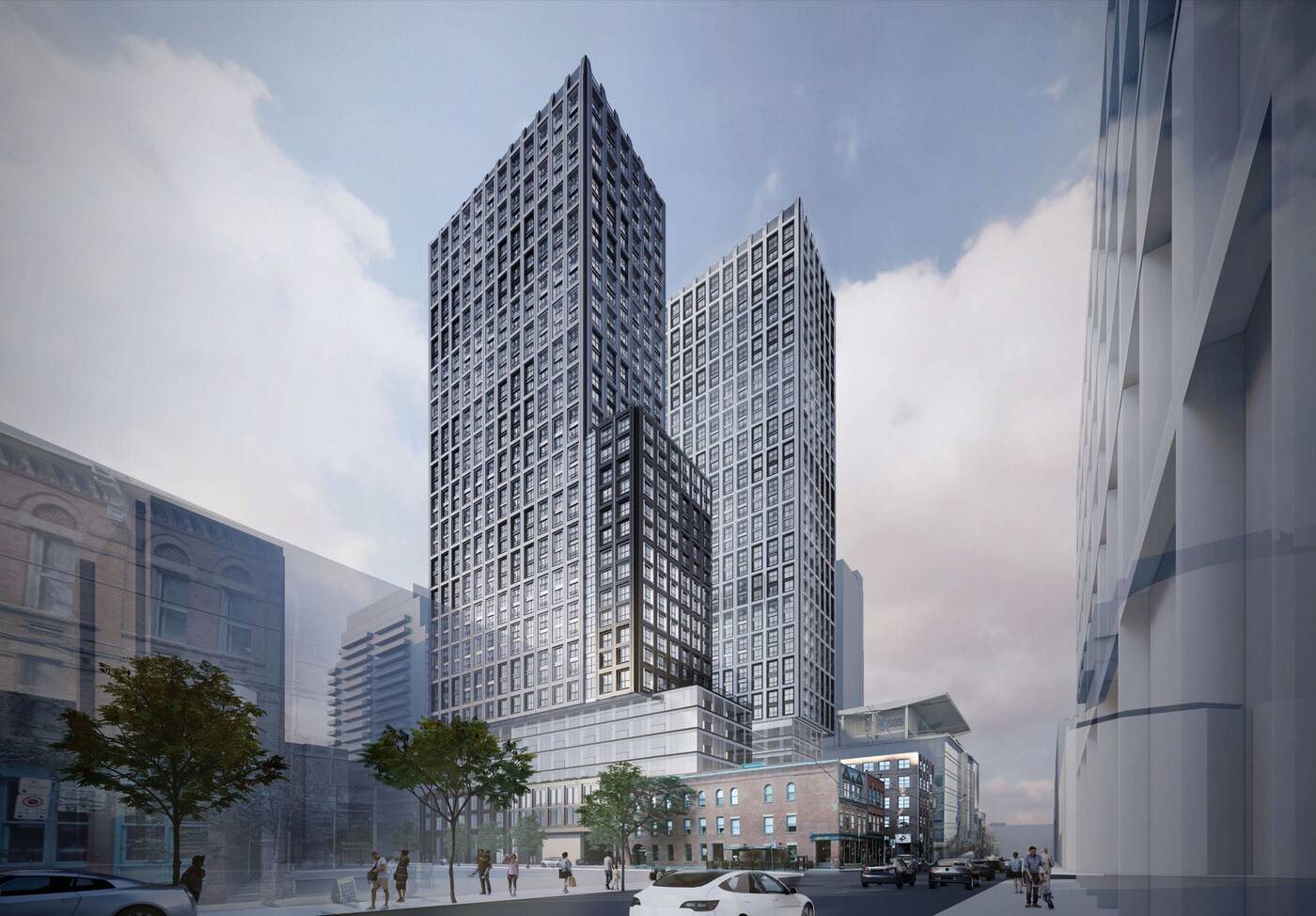 The Grainger and The Sanderson. Rendering by Turner Fleischer Architects.

But unlike the wholesale smash-and-grab demolitions happening elsewhere in the city, the current building's facade has been carefully stripped away for later reassembly and reintegration, forming one of a handful of retained heritage features within the base of the new complex.

Heritage attributes have been delicately removed from the Adelaide frontage, temporarily leaving the building without a front facade as crews prepare to demolish the remaining structure.

The careful removal of this frontage has provided the rare opportunity to see a perfect cross-section of an old brick and beam-style structure, complete with its inner workings. 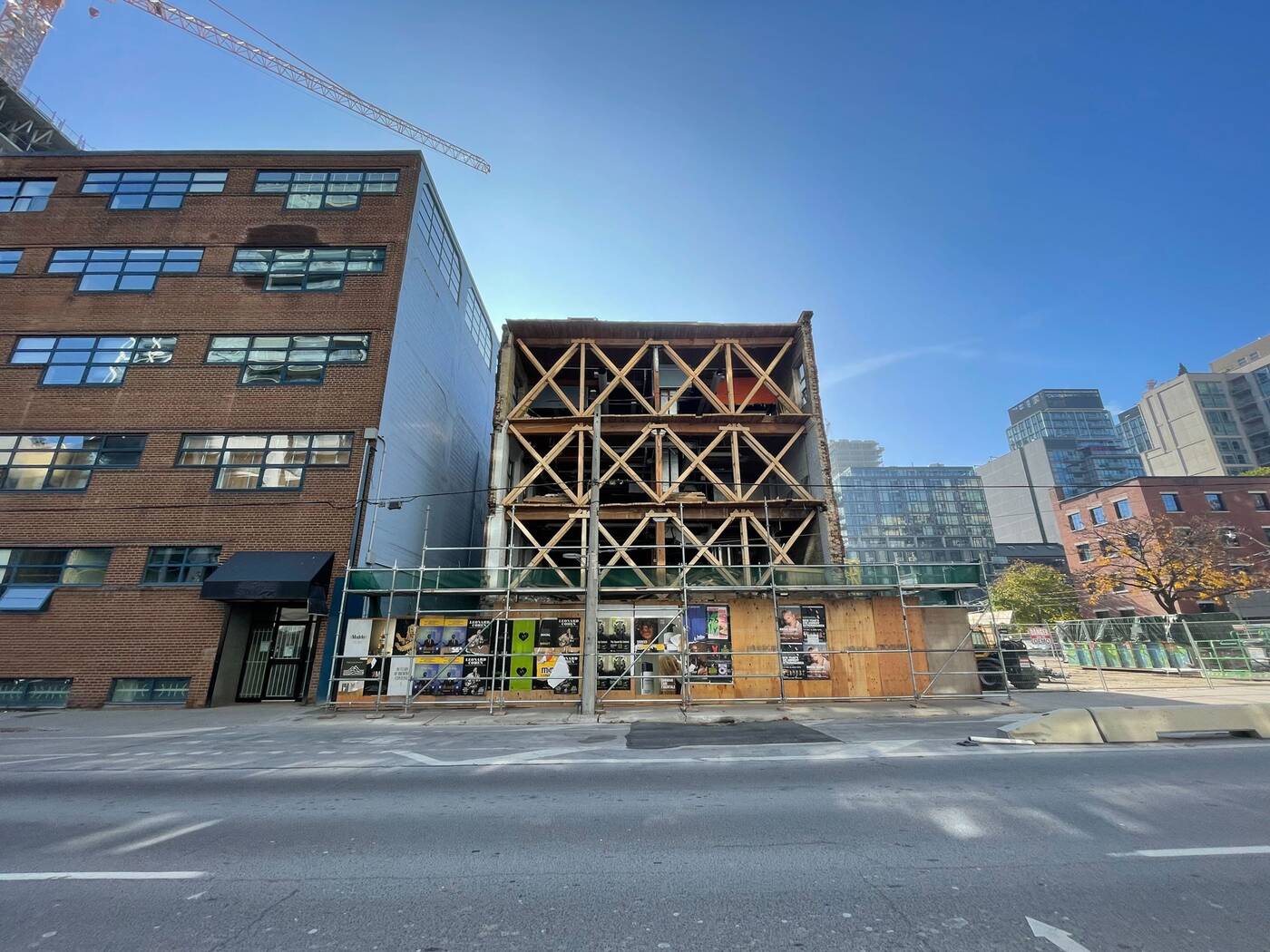 Everything is visible, from the brick masonry walls to the large wooden beams that form the building's structural skeleton. Passersby can even see typically hidden details like the undersides of hardwood floors and ventilation systems.

But it won't last long, as the building will eventually be removed to make way for drilling and excavation for the new market-rate rental complex to rise in its place. 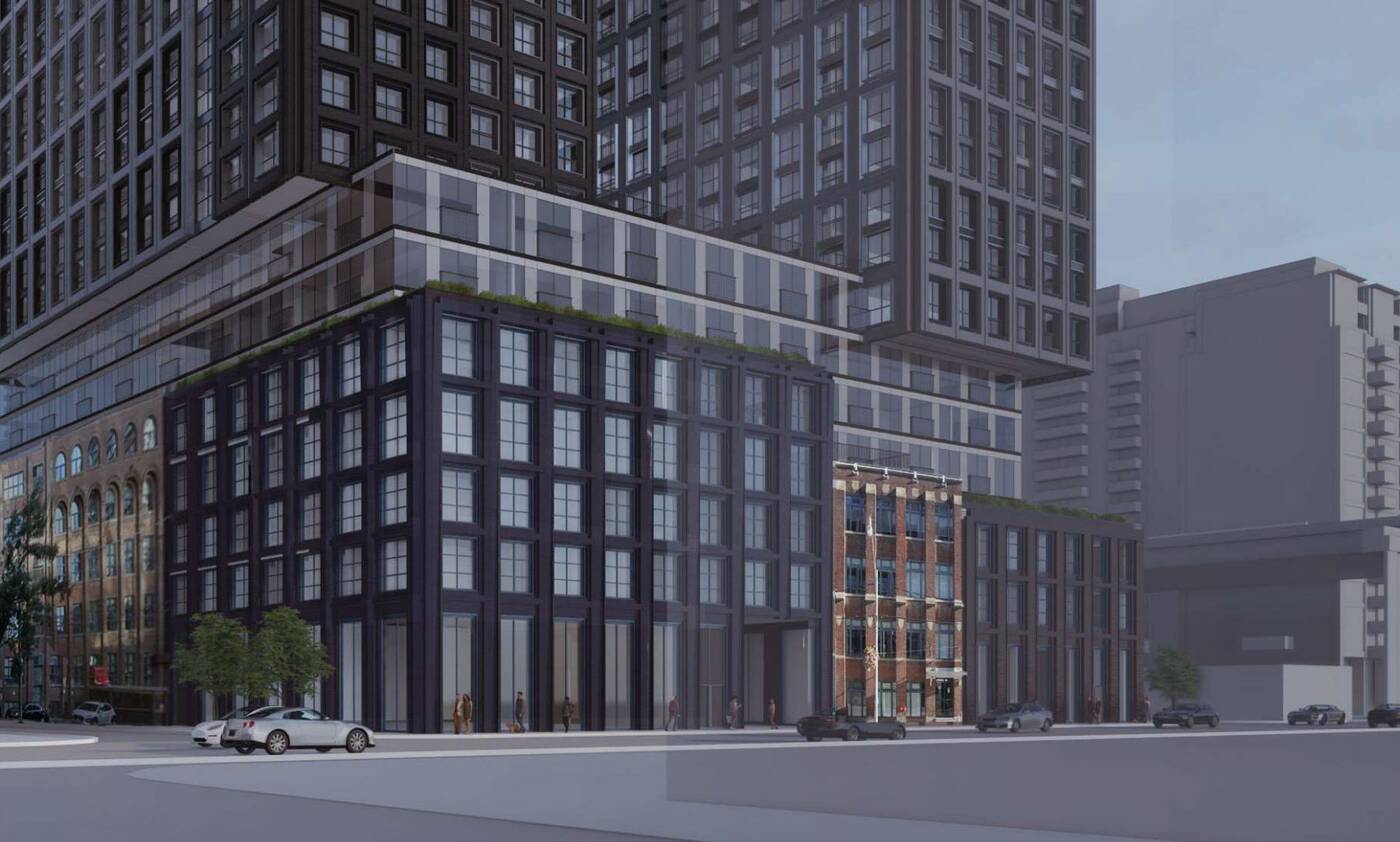 The reconstituted facade of 427 Adelaide East will be one of many heritage attributes to live on in the base of the new rental complex. Rendering by Turner Fleischer Architects.

In place of the current building and a handful of others wrapping around Princess Street and King Street East, the new Turner Fleischer Architects-designed complex will feature towers rising 38 and 40 storeys above the cityscape in a quickly-changing neighbourhood.