Scarborough is growing up, and by up, I'm talking vertically up in the sky, as a long list of new proposals promises to shake up the area's skyline. And there's one more to add to the list, as a new application has been submitted to redevelop an auto repair business with a bold-looking condo tower.

The proposal seeks to bring a 44-storey condominium tower to the site of the AAMCO Transmissions at 2941 Eglinton Ave. E., just east of McCowan Road. A smaller auto-related business to the west appears to be a holdout, and would be orphaned next to the massive tower if all goes according to the developer's plans.

Featuring a bold stacked-box design from Kirkor Architects, the plan from developer Achille would add a massive boost of density to the neighbourhood, uniquely contrasting the slab-style apartment towers that dominate the area skyline. 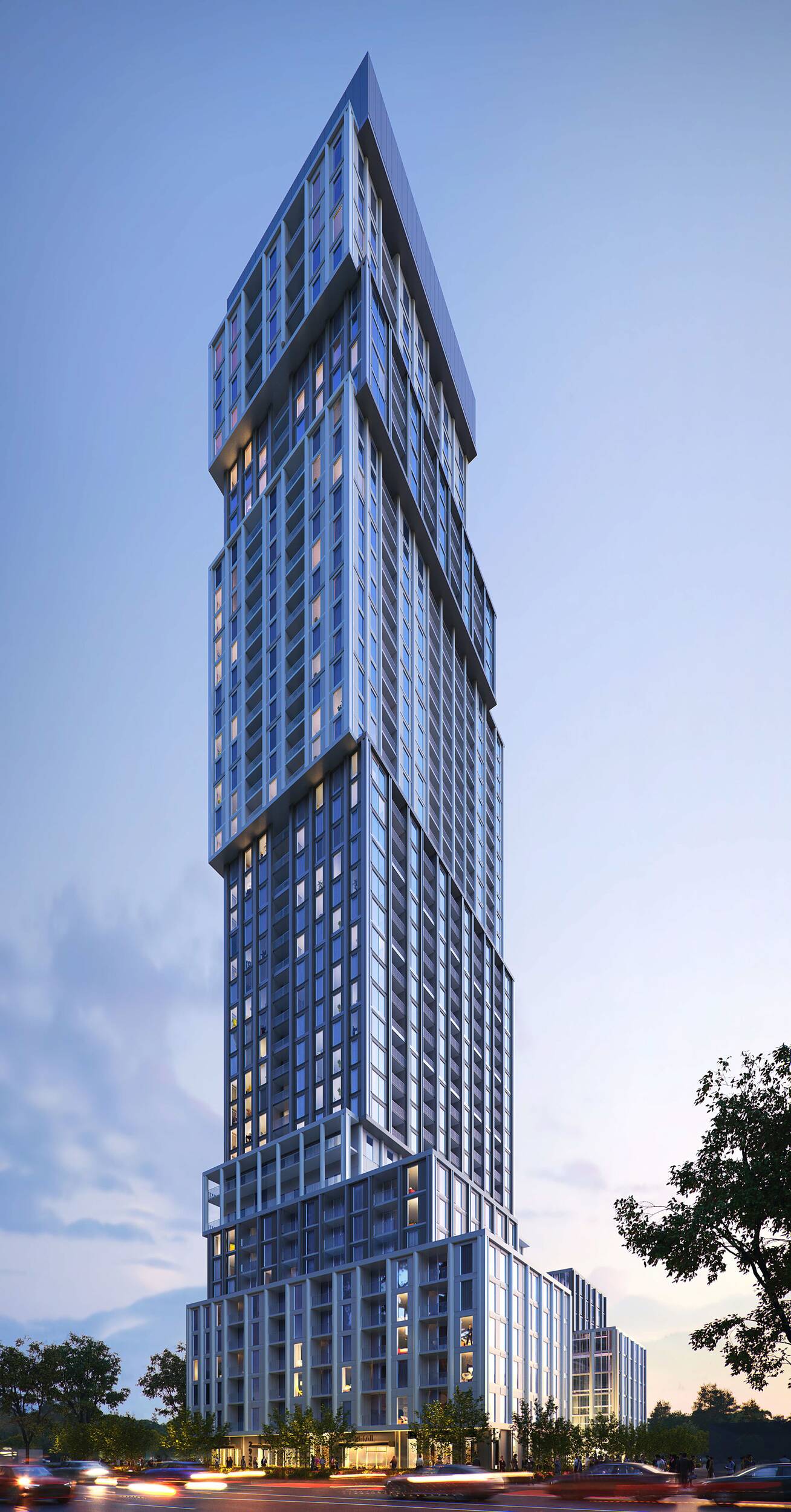 The tower's massing is broken up into several volumes that appear as stacked blocks, resembling an early-stage game of Jenga. Renderings and diagrams suggest this effect will look most pronounced along the northern and southern tower faces.

Inside, the building would house a total floor area of approximately 37,419 square metres, including 288 square metres of retail uses along the Eglinton Avenue frontage. 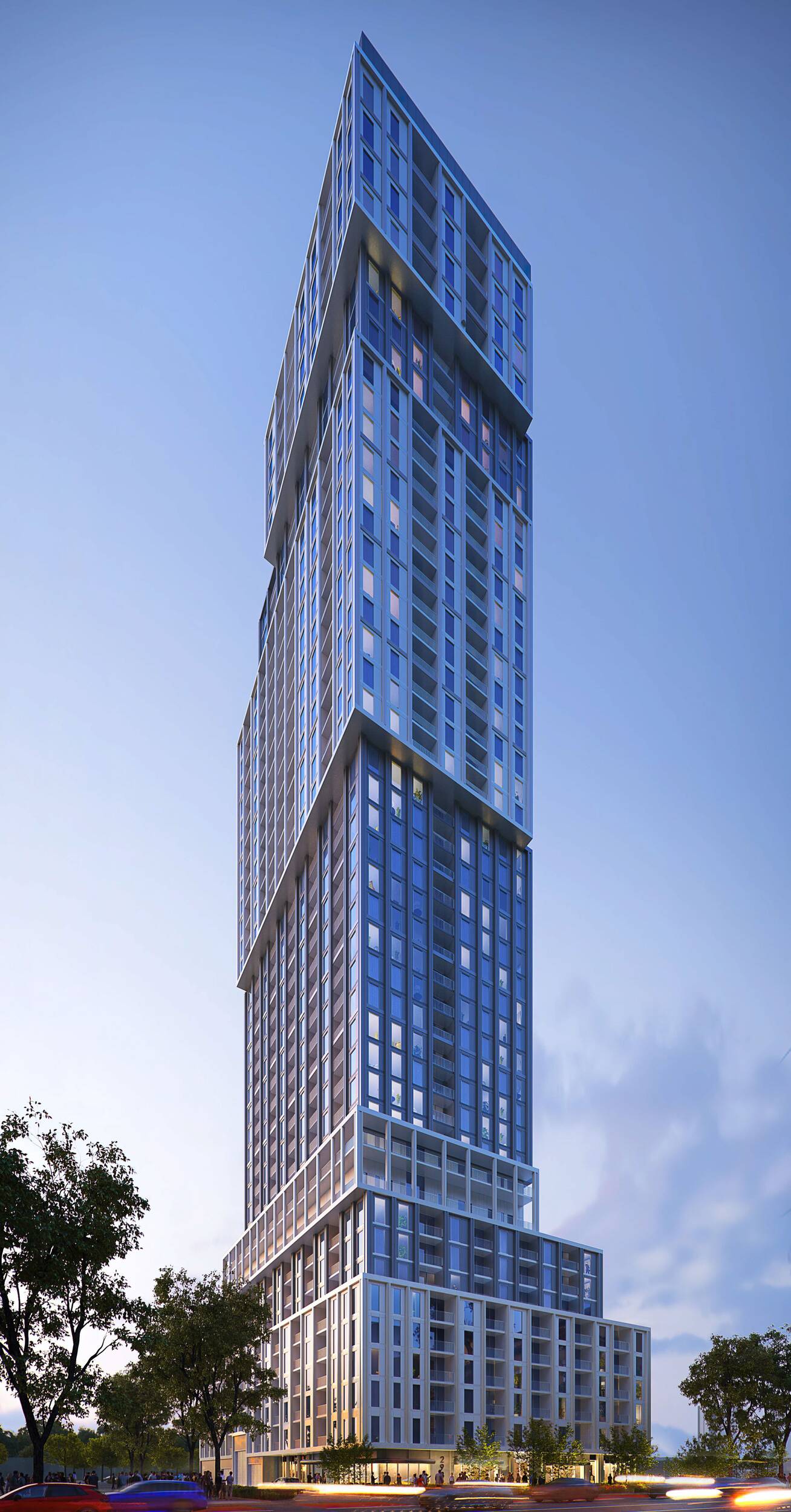 The remainder of the space would be dedicated to residential condominium units and their supporting amenity spaces. This includes 555 condominium units, proposed in a breakdown of 53 studios, 331 one-bedrooms, 111 two-bedrooms, and 60 three-bedroom units. 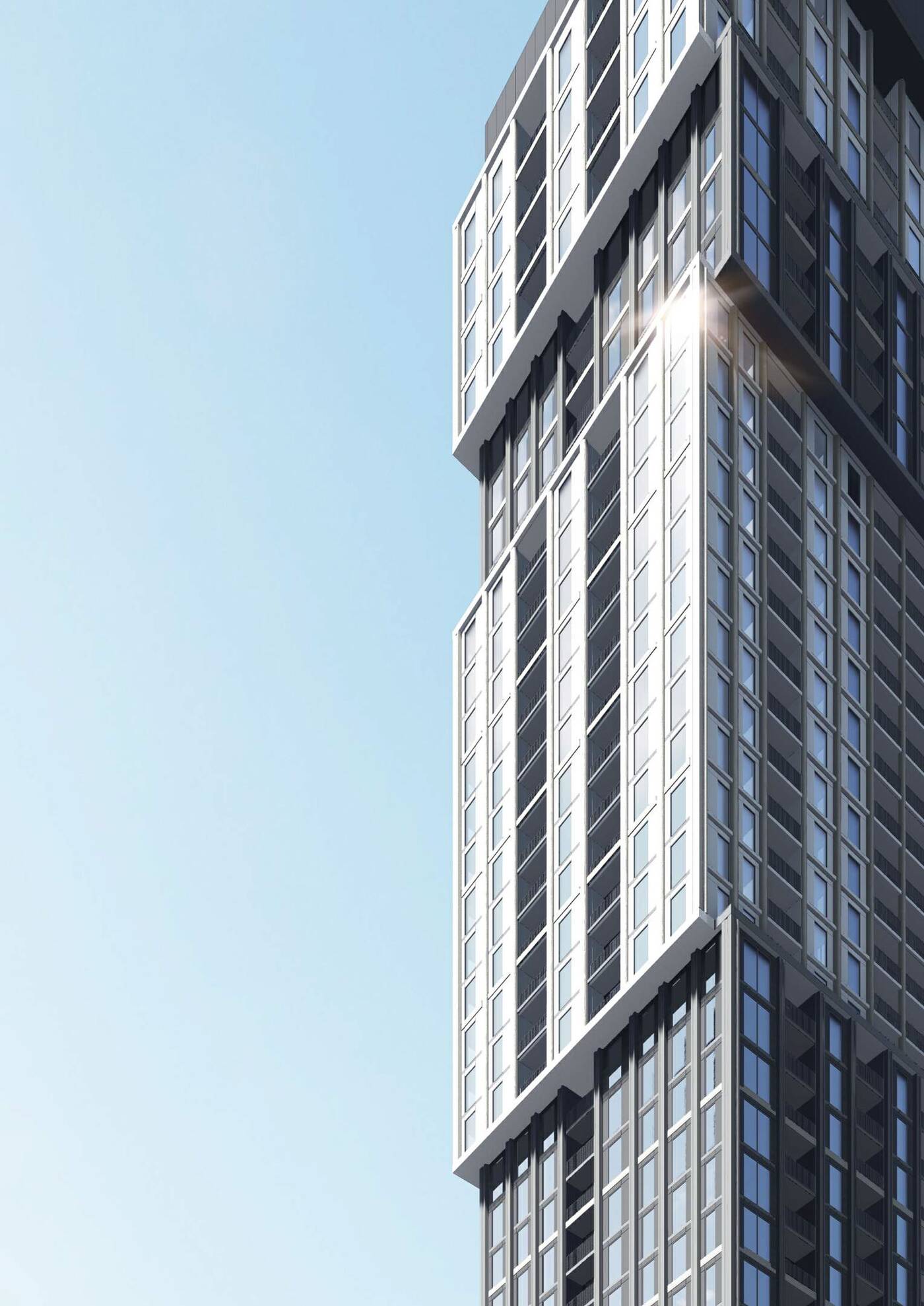 Many downtown developments are currently taking advantage of a recent rollback of mandatory minimum parking requirements in new builds, in some cases providing no parking at all.

But demand for resident parking remains high in Scarborough, and the proposed redevelopment aims to meet this projected demand with a three-level underground parking structure housing a total of 278 parking spaces. 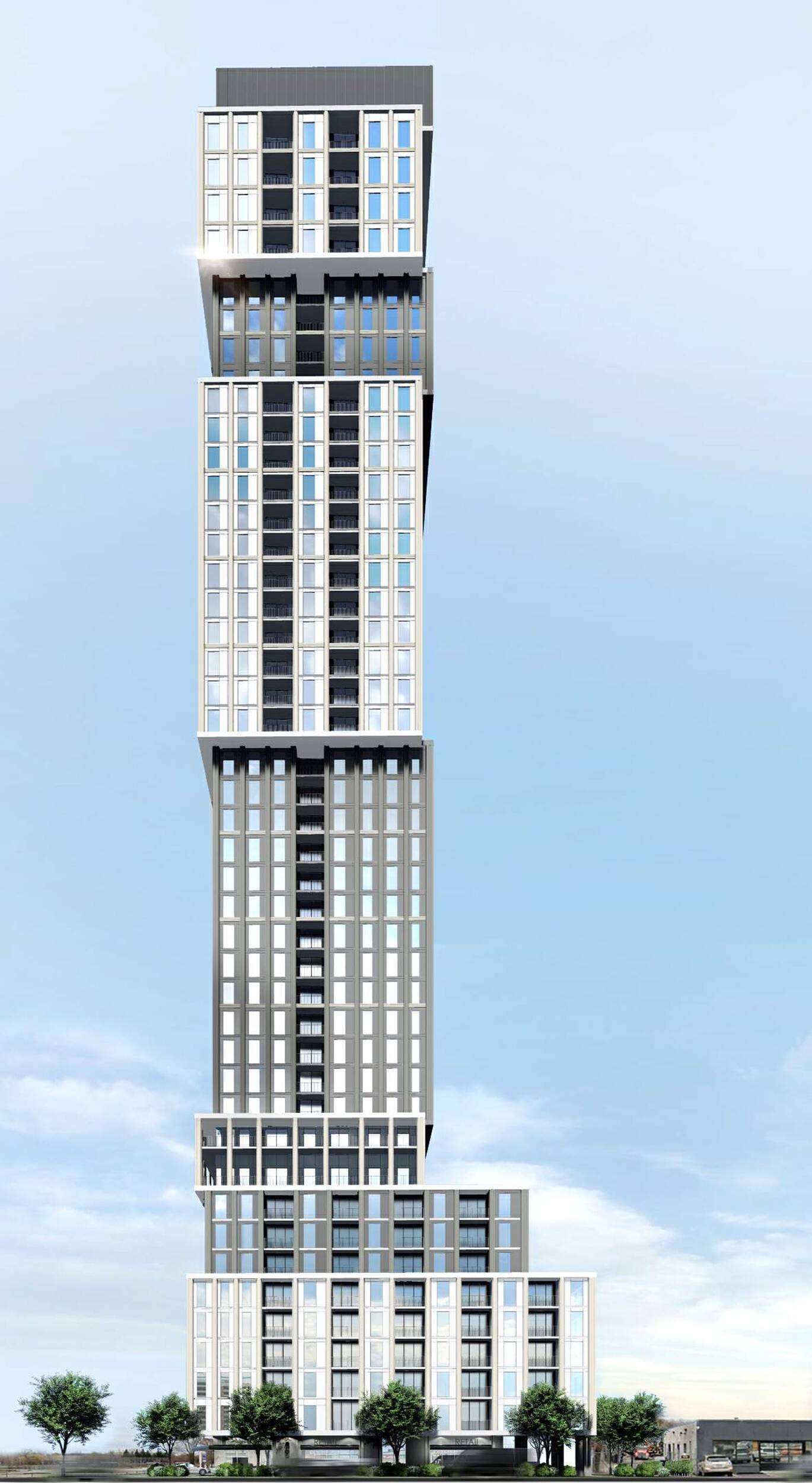 In a testament to the changing attitudes in the area, the developer has also proposed 416 bicycle spaces in the garage levels, though residents using this infrastructure might not get around too easily, with few protected cycling paths available in the vicinity. 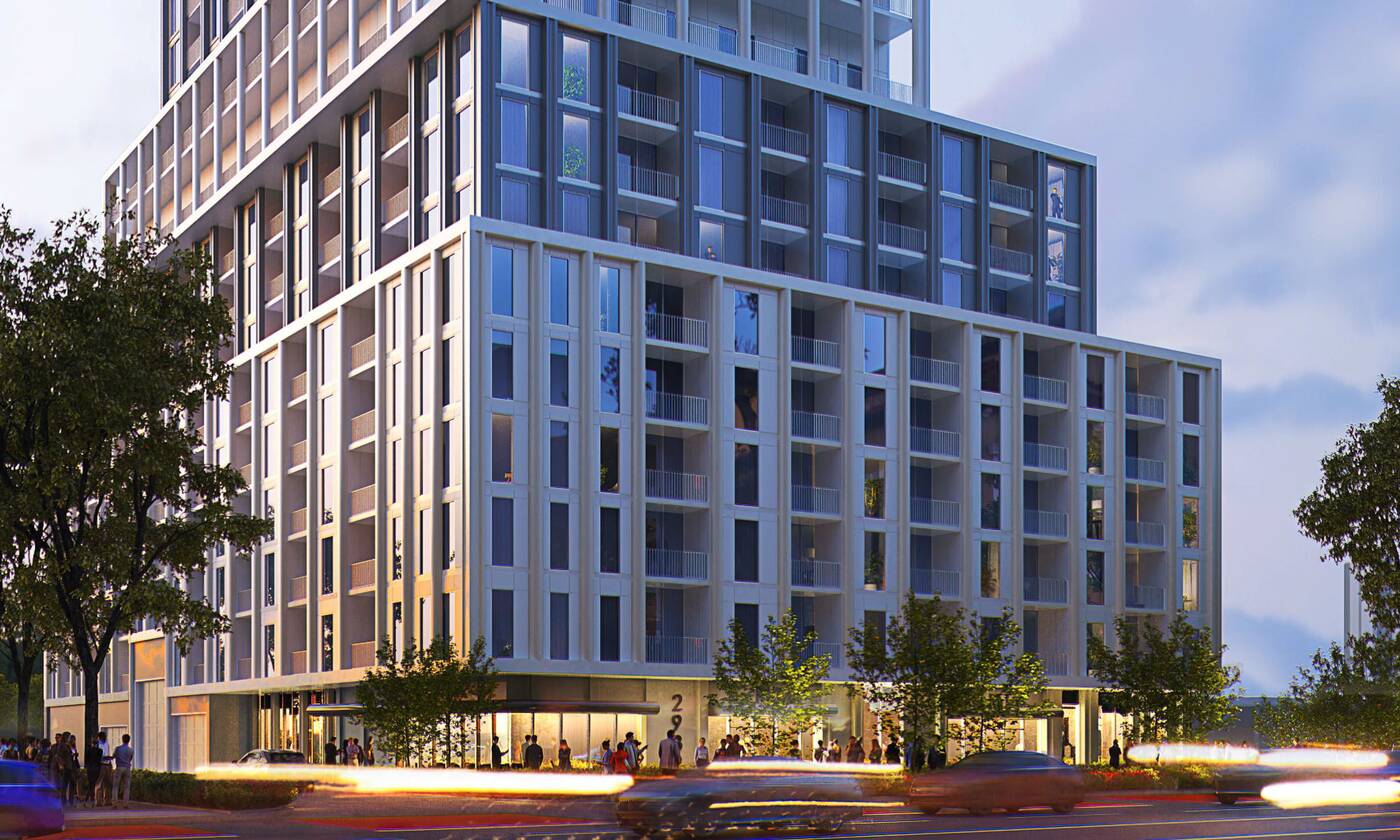 But it's still part of a generational transformation for Scarborough, as Eglinton Avenue East gears up for its new life as a high-density corridor flanked through towers set to quickly displace low-rise businesses and big-box outlets.