There's a slew of old apartment buildings on Gerrard St. E that the owners have been trying to sell since last year.

The four homes were listed for about $8.5 million when we wrote about it back in 2021.

But it seems that the package of homes weren't able to sell... or at least not all of them sold since 2147 Gerrard St. E is back on the market. 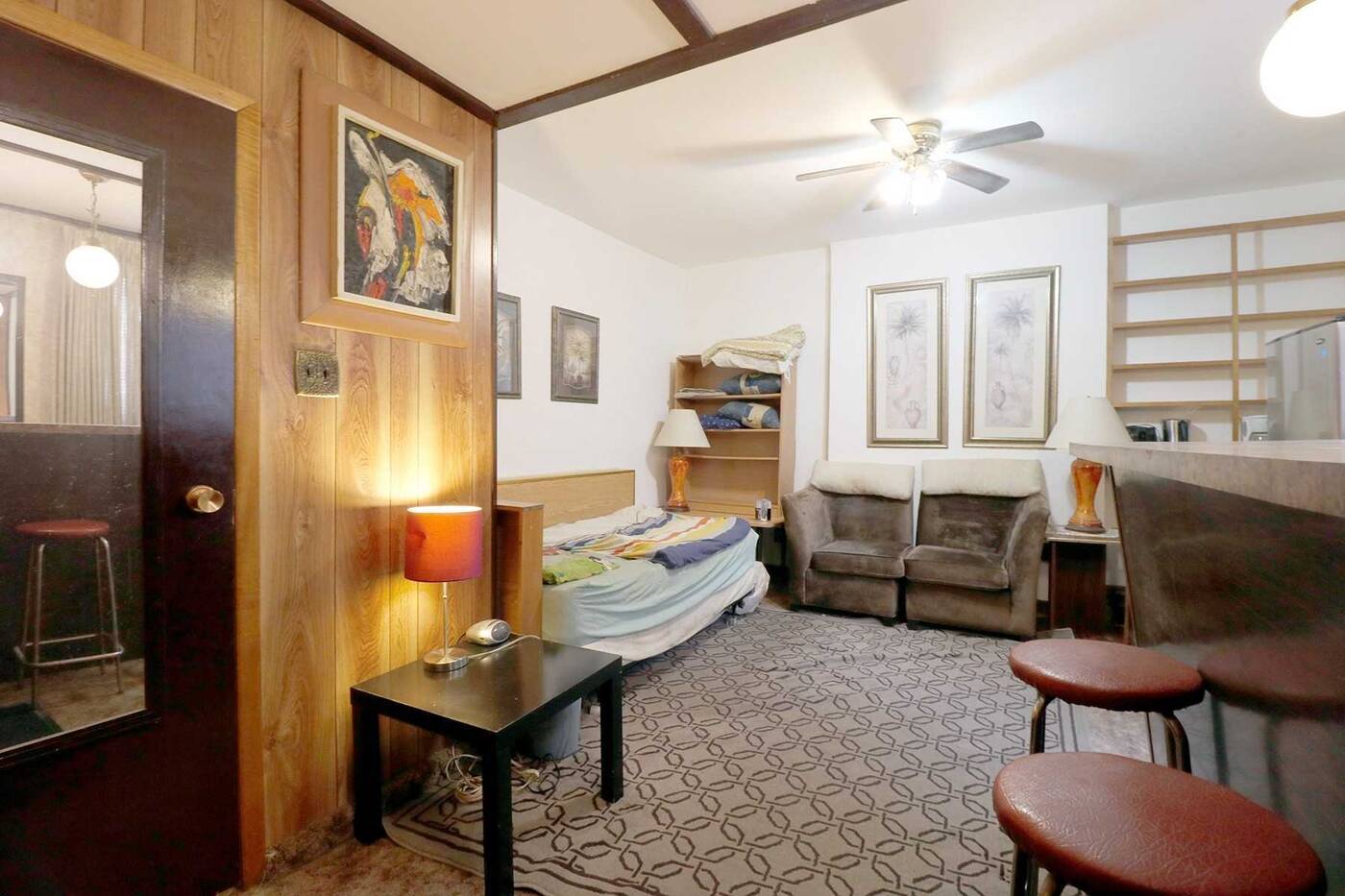 Although, 2147 Gerrard St. E has a different owner than the other homes in the deal, so it might just be a case of the landlord wanting to strike out on their own. 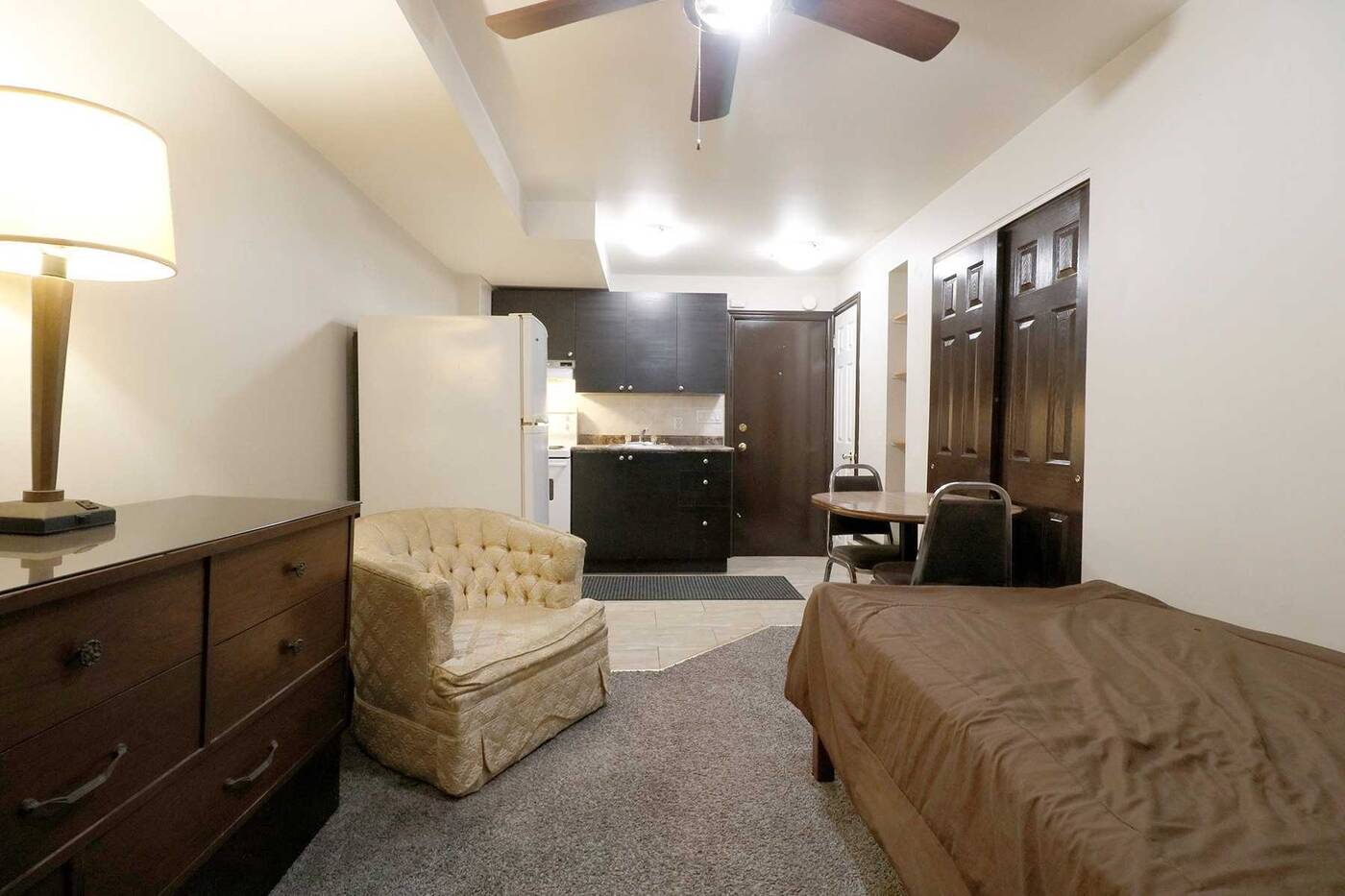 The 30-unit apartment building is being listed for $5,999,900, which seems steep given that all four of the houses combined were going for just $2.5 million more in a hotter real estate market. 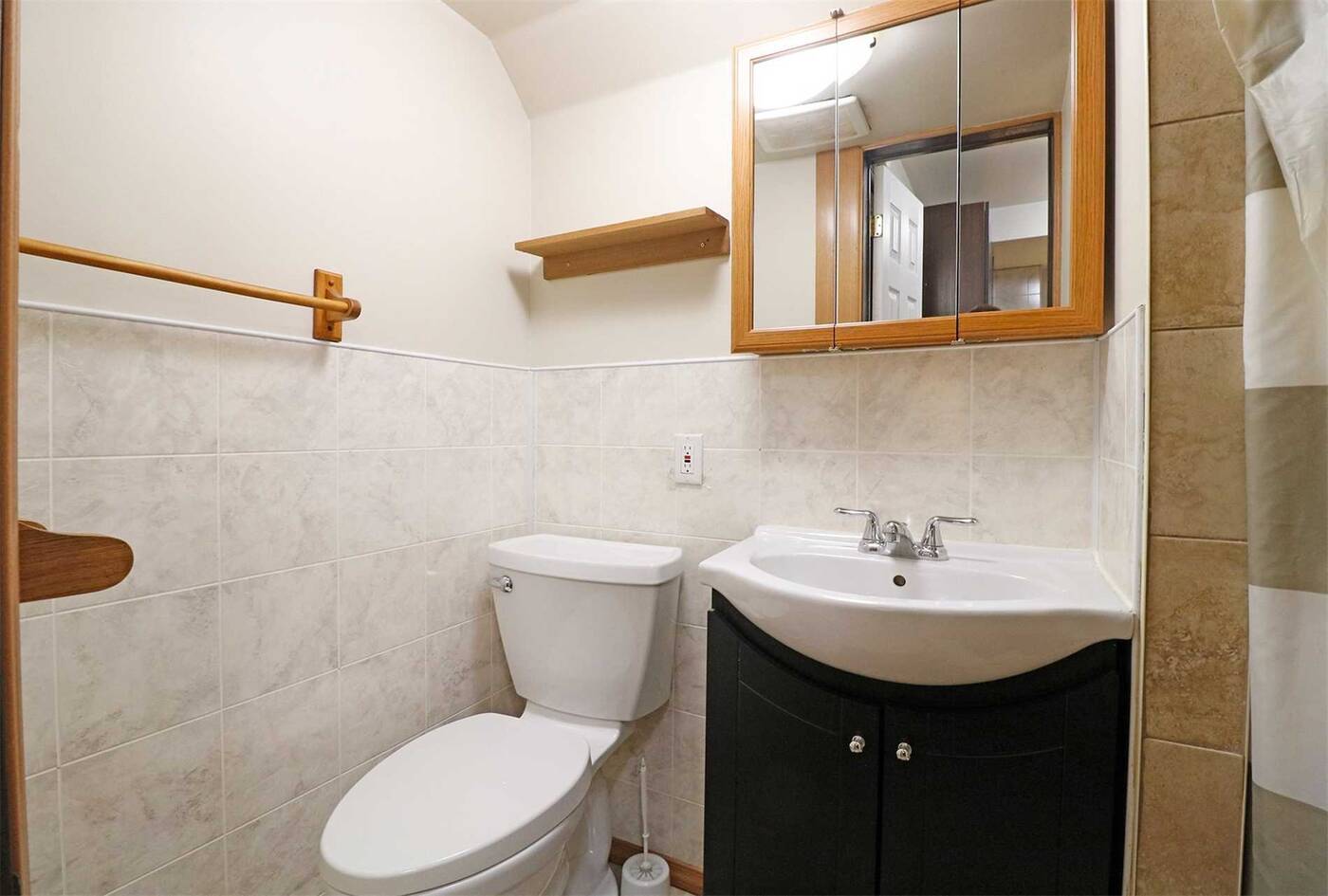 The building has six one-bedrooms, 24 bachelor units, and 28 bathrooms.

Realtor Errol Paulicpulle notes in the listing that this is an excellent investment opportunity, stating that the estimated potential income (after renovations) is about $500,000. 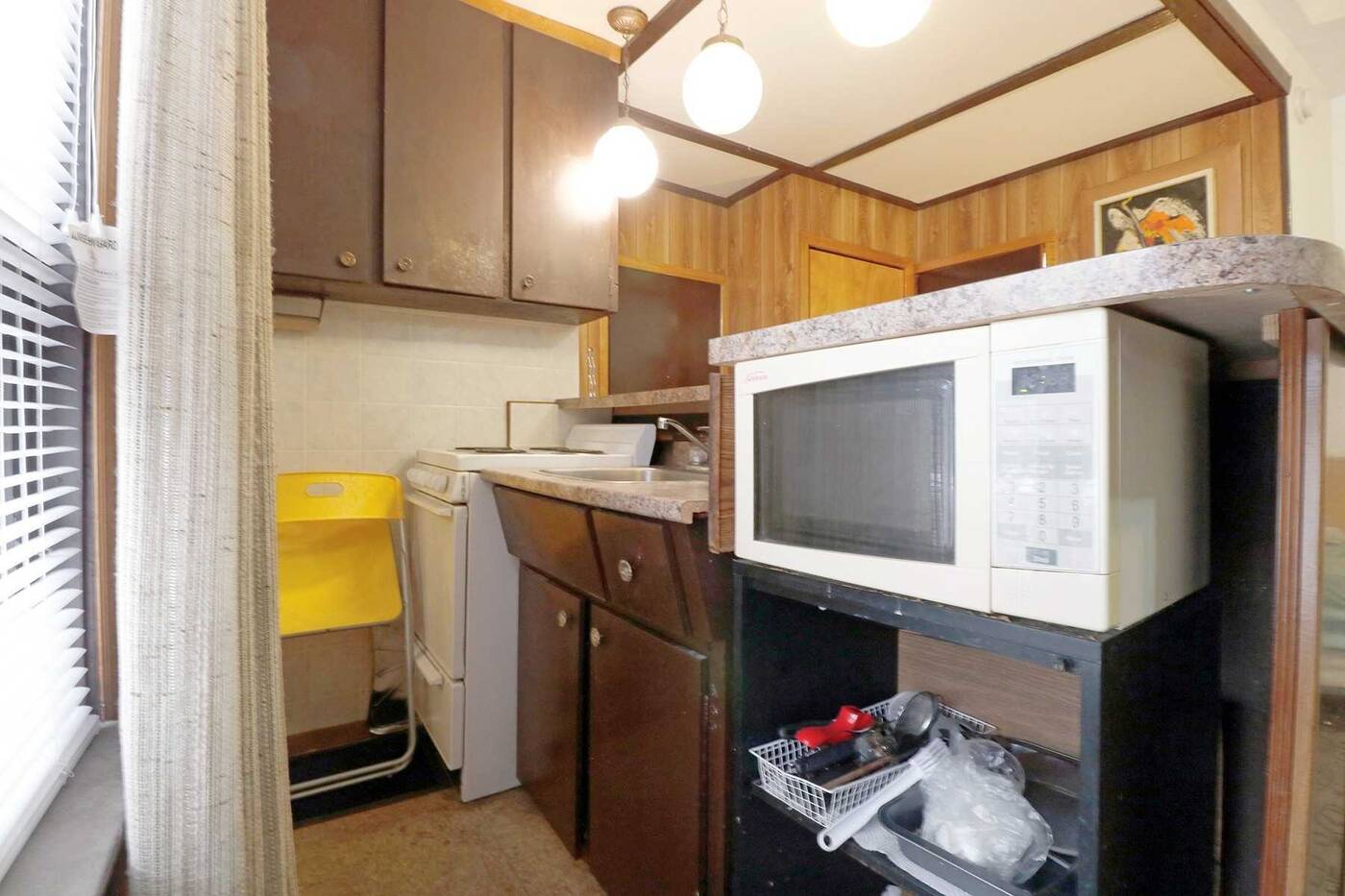 A kitchenette in one of the units.

However, it does need some major renovations. 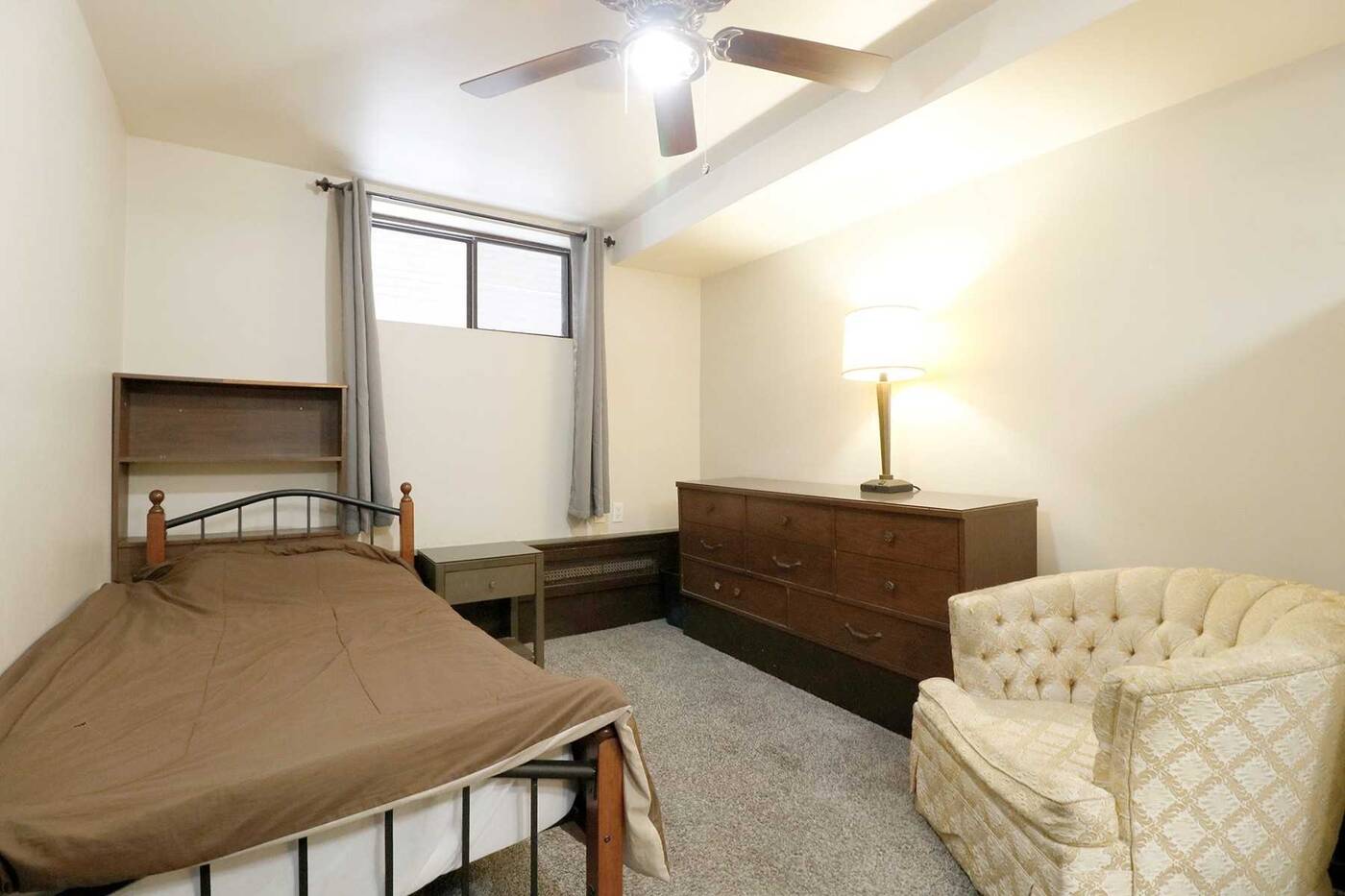 Most of the units are less than 350 square feet.

Of the 30 units, only six are proper one-bedrooms. 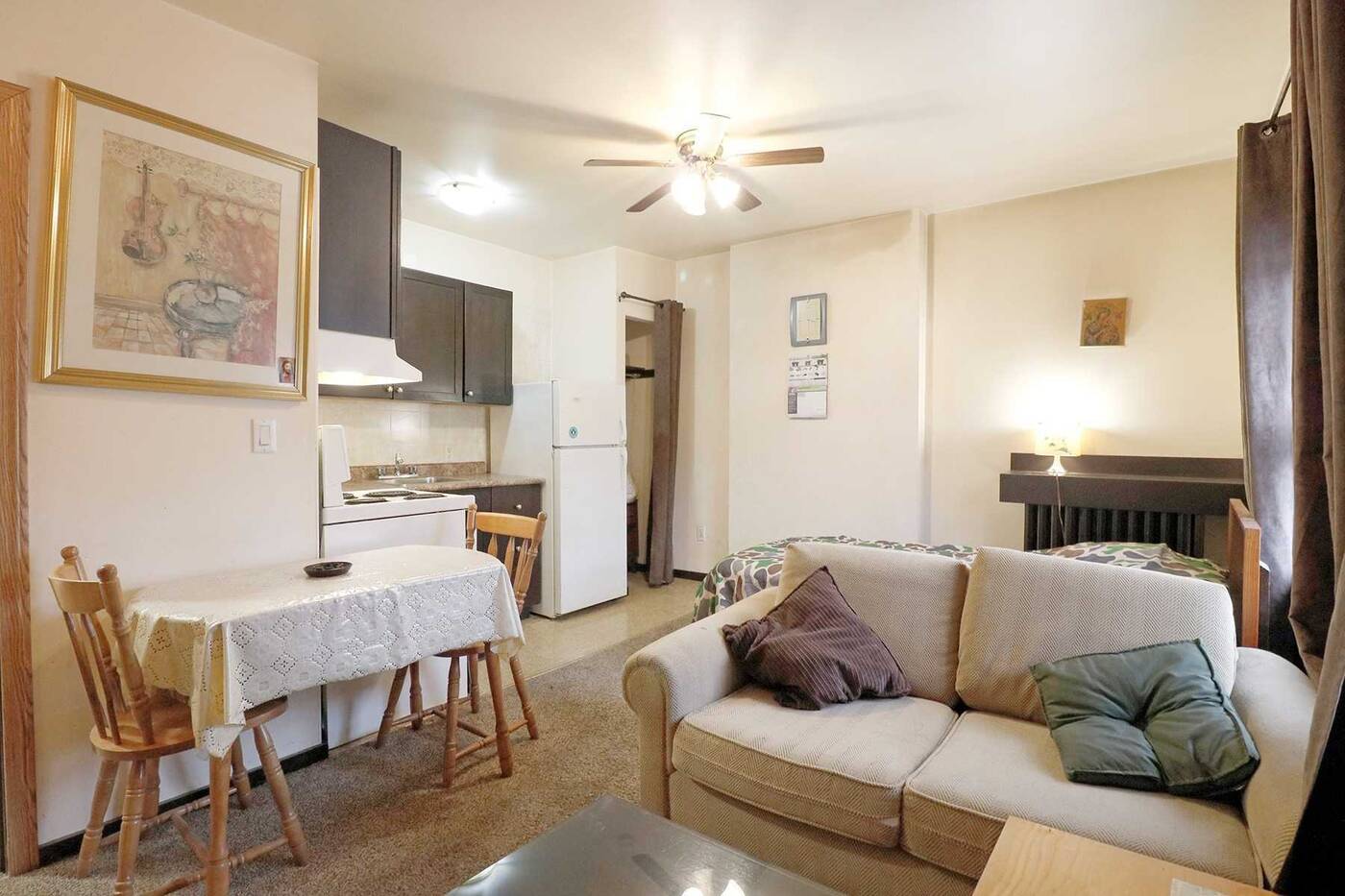 The rest are basically rooms or as the listing puts it "micro-units". 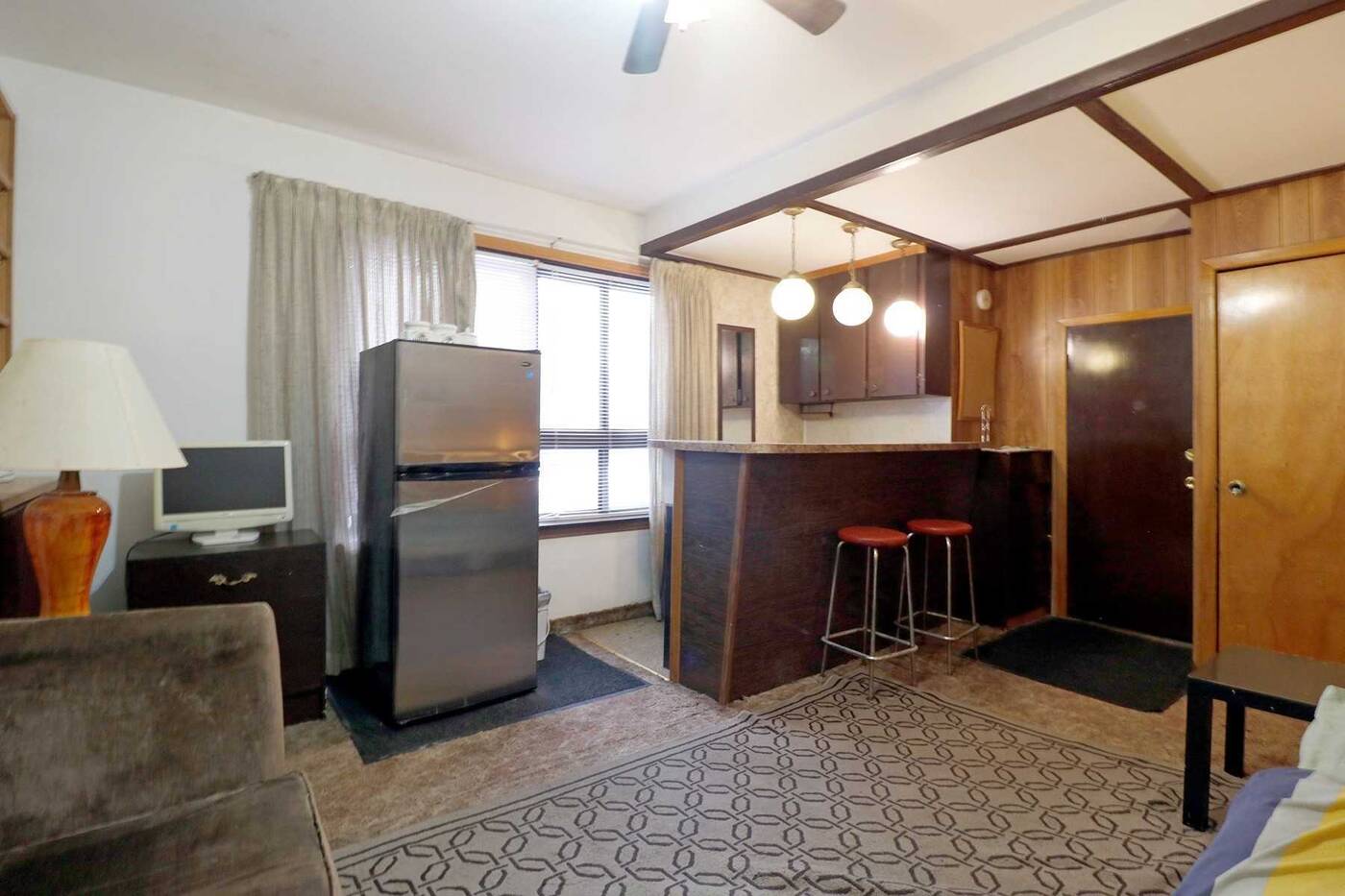 The building backs onto a large park/tennis court.

They all give off run-down motel vibes and it wouldn't be shocking if they haven't been updated since the 70s. 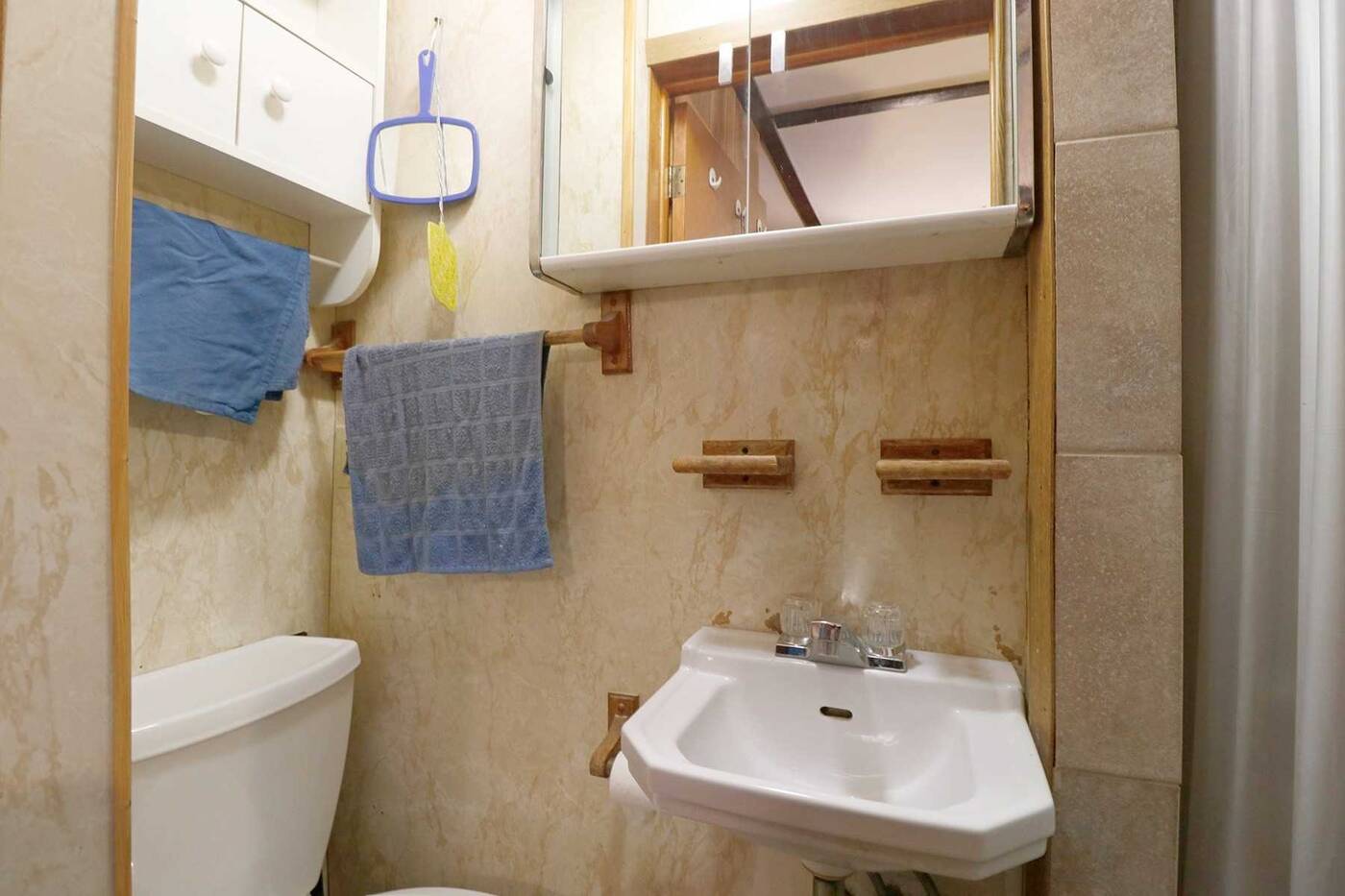 Another bathroom in one of the units.

There are currently 14 vacant units and all existing tenants need to be assumed with purchase – which means you can't renovate those units until they move out. 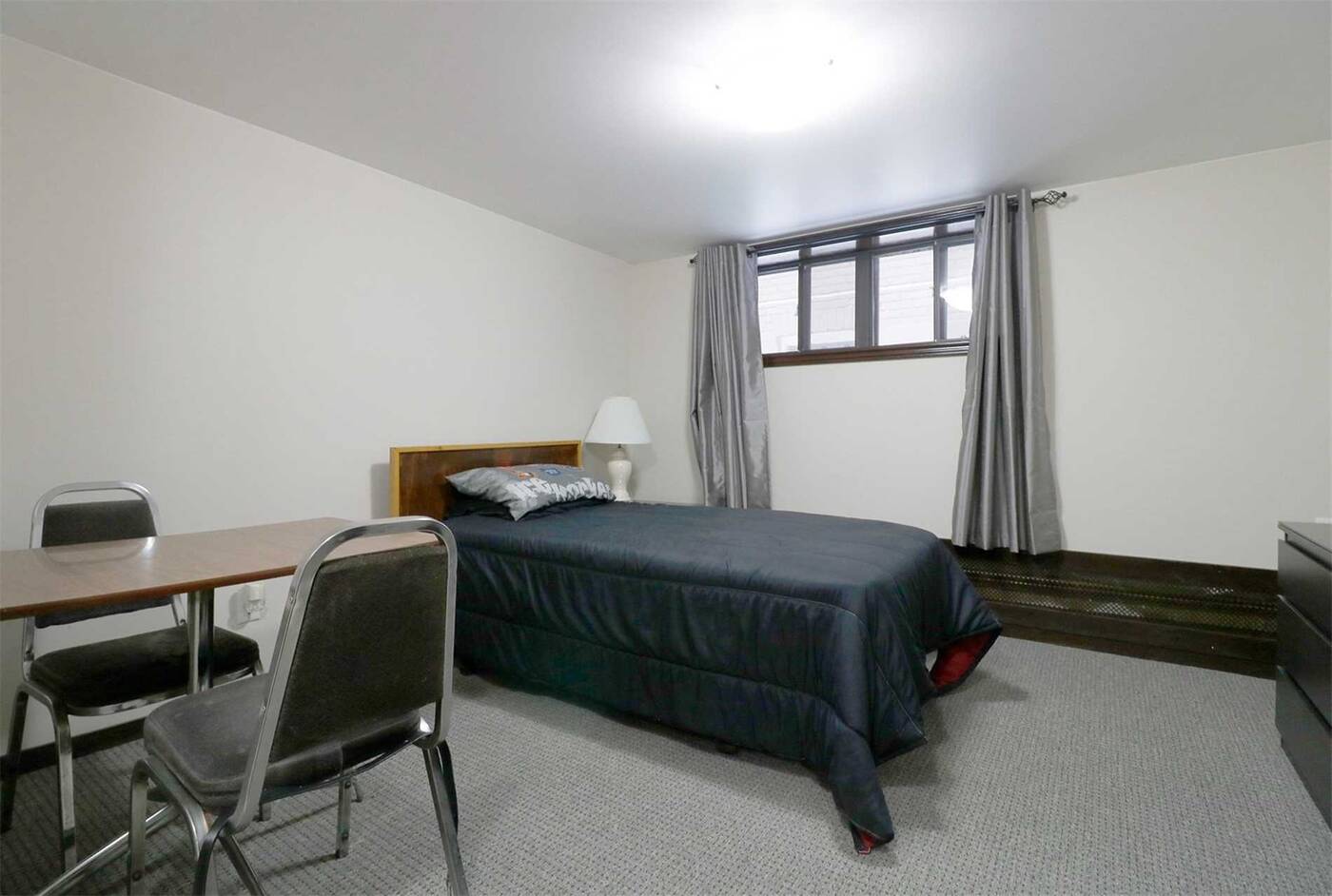 There are two units in the basement.

Right now, the building brings in $116,000 in income but when you look at the estimated expenses of $107,000 it doesn't really seem like the investment is worth it unless you're pulling in the estimated renovated income. 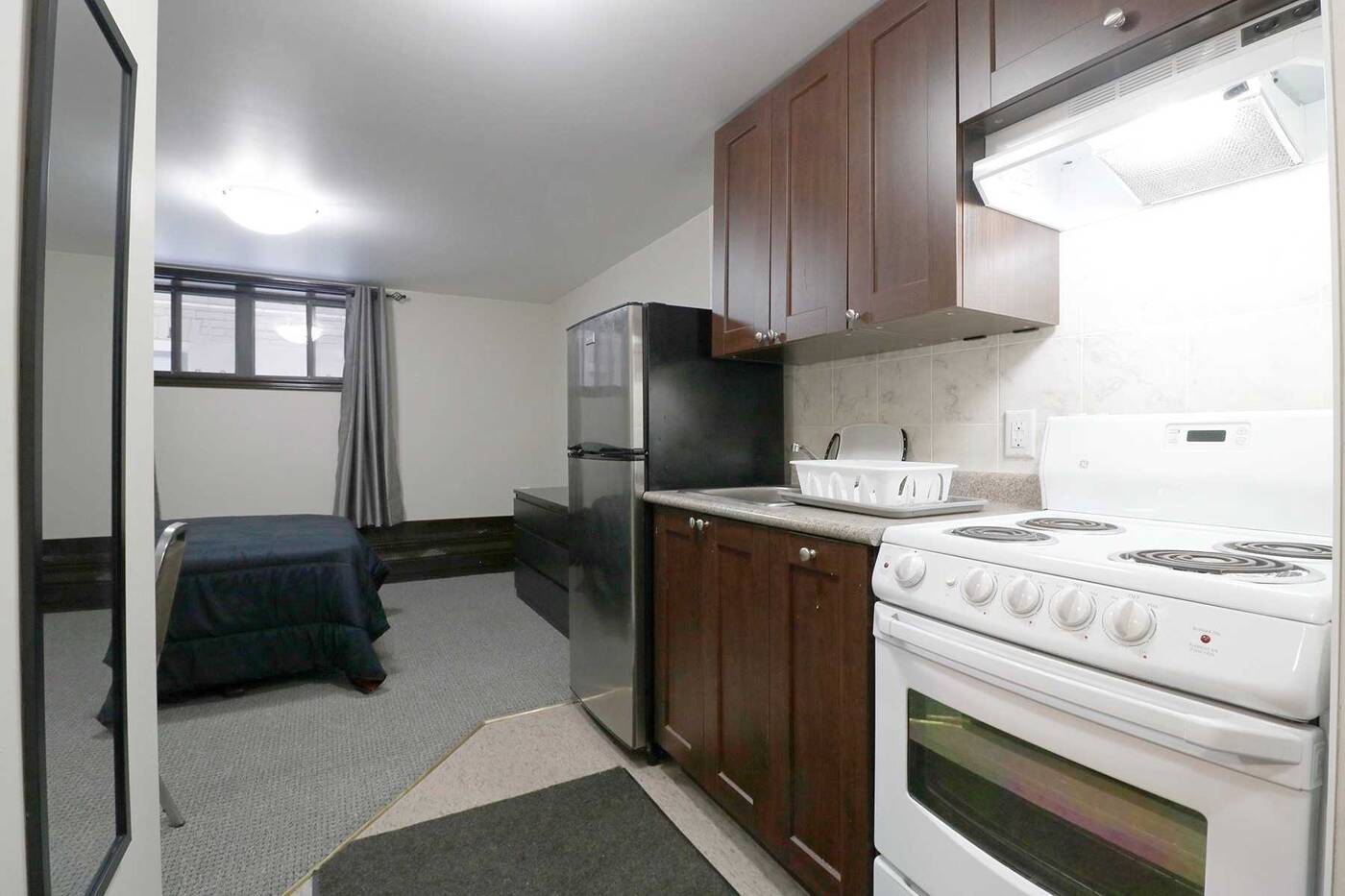 The roof was recently done.

And who knows how much the renovation is going to cost. 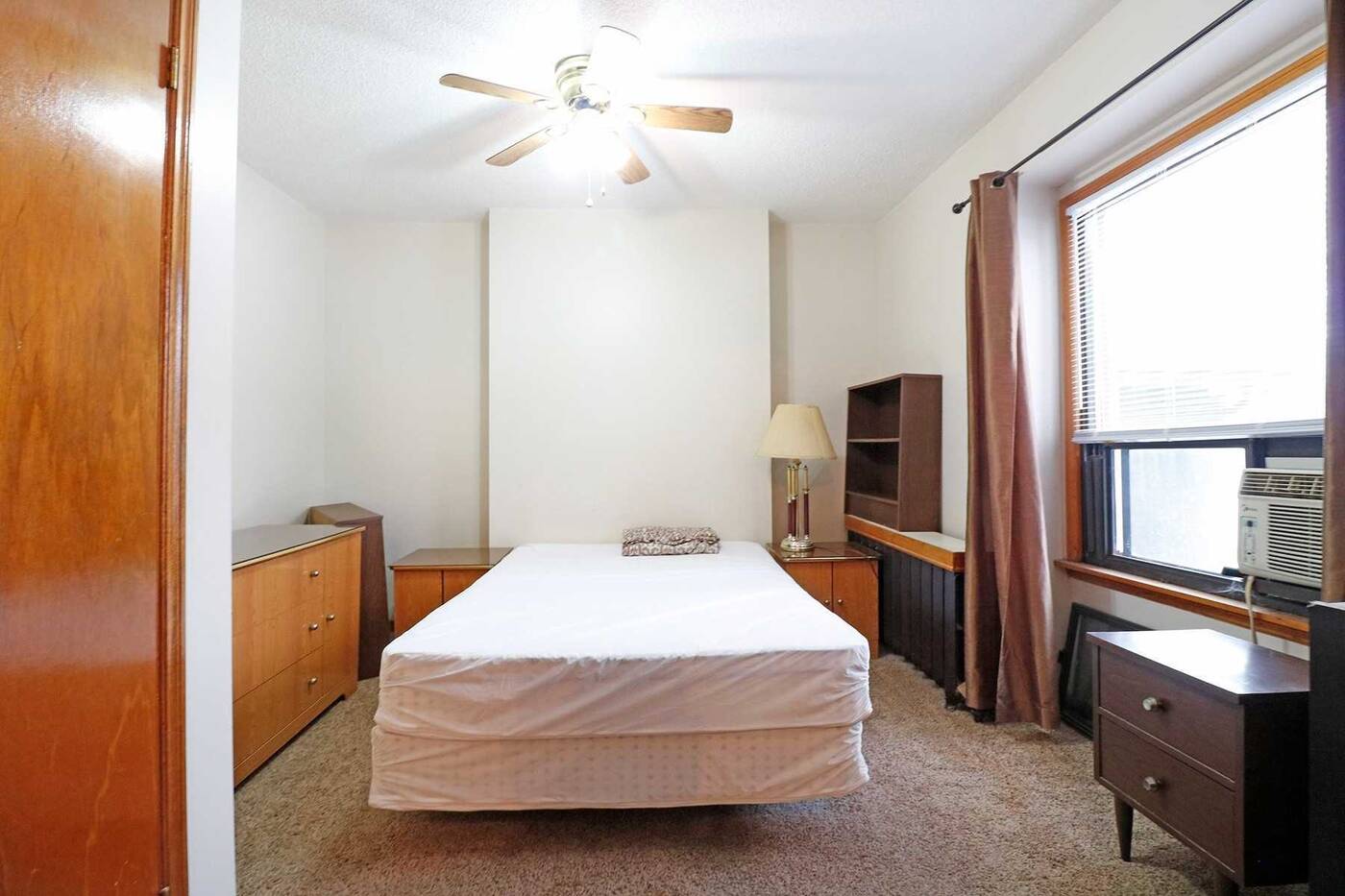 A bedroom in the one-bedroom apartment.

But even after renovation, your net income is max $390,000, but only if you charge the market rate for rent, which for the majority of units you can't since they're currently occupied. 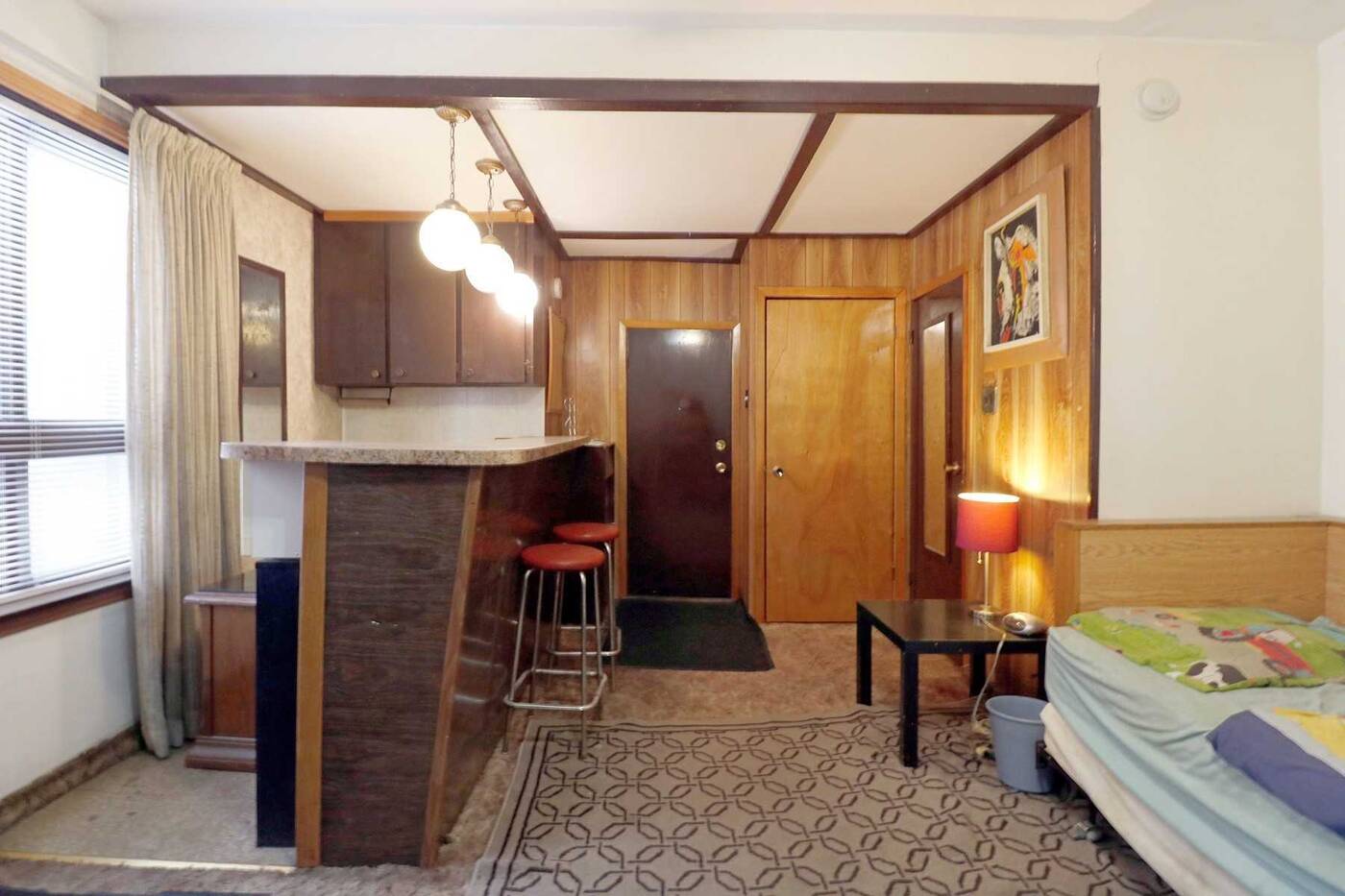 According to the listing, the overall condition of the building is "good."

And then there's 50 per cent taxes, because there are only two things certain in life (death and taxes)! 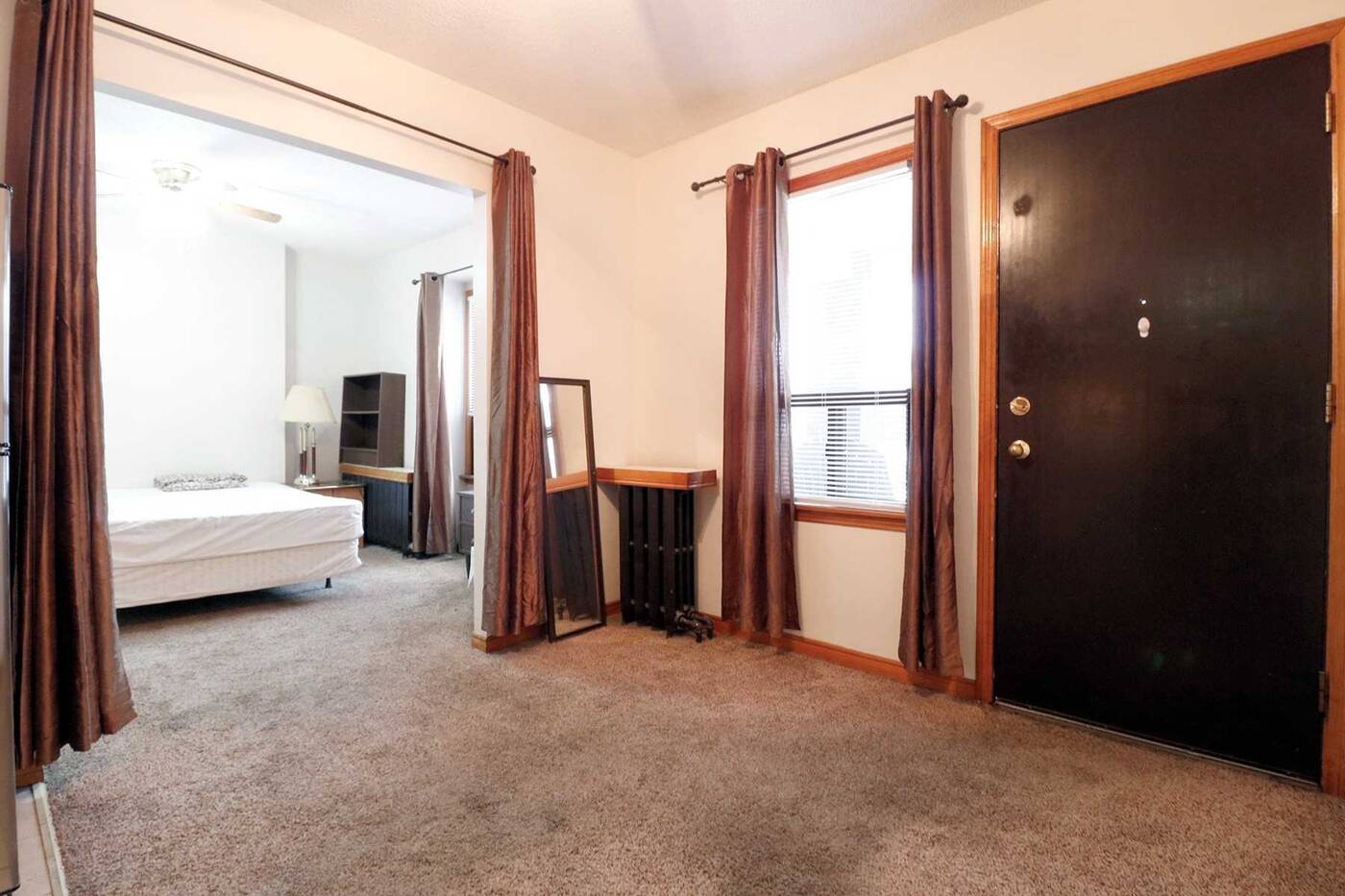 So if you consider that you need to earn over $150,000 a year to pay off the mortgage for a $1 million home, an income of under $400,000 on a $6 million mortgage isn't really that great investment opportunity you might think it is. 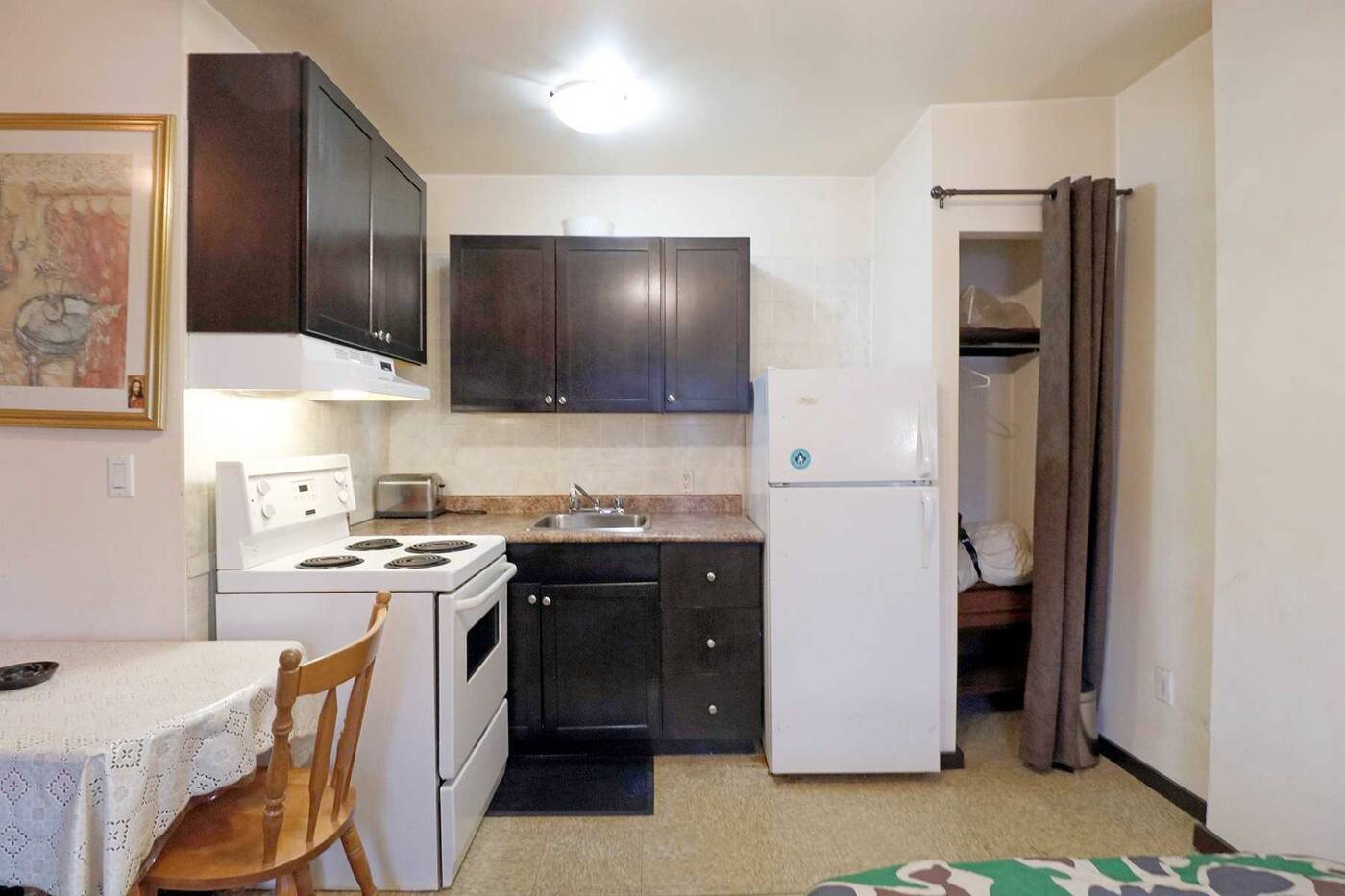 Some of the appliances look updated.

Or it's at least not a great short-term investment opportunity. 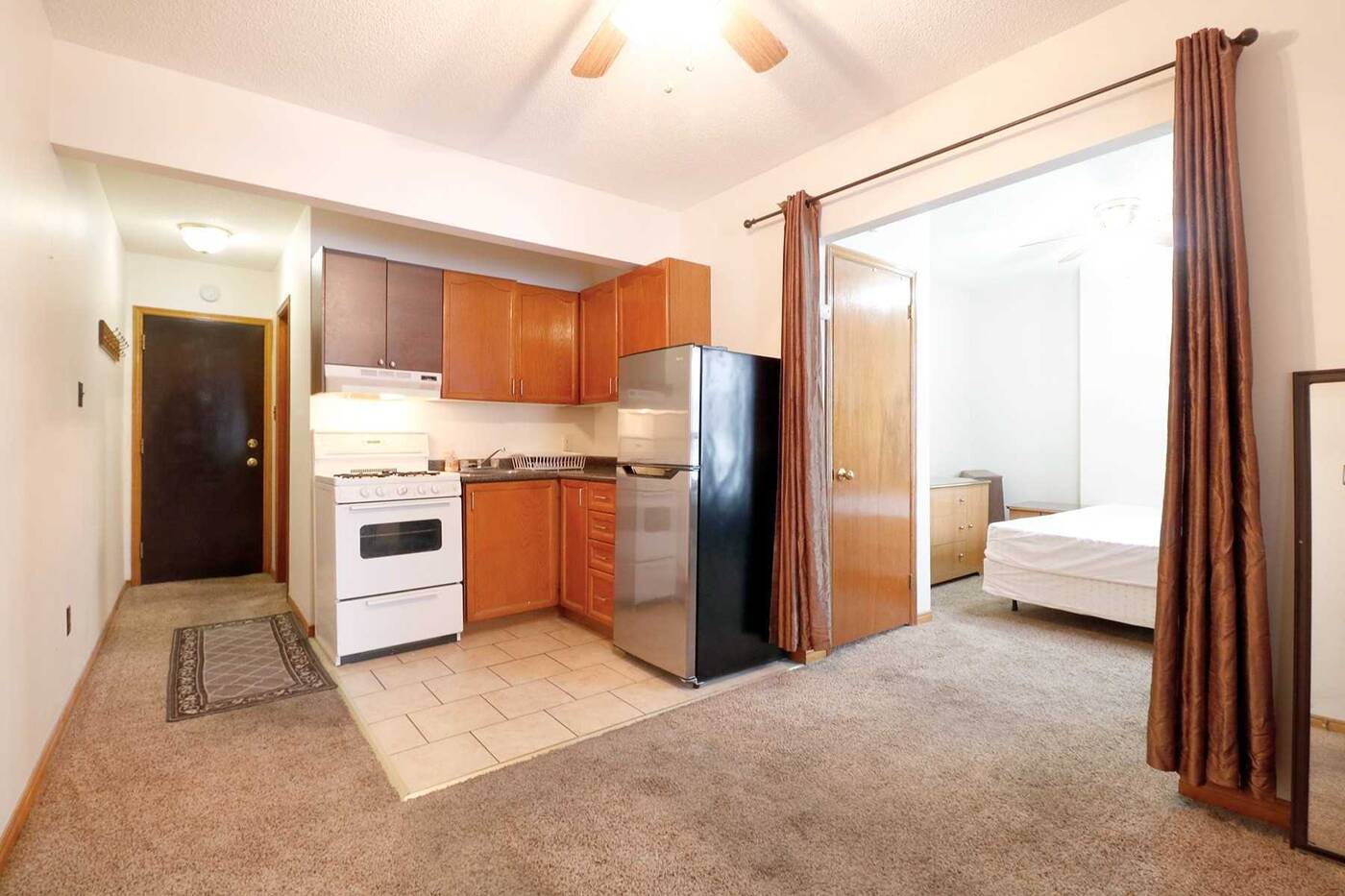 Also, does this mean Toronto landlords aren't all sitting on a pile of money??