Yet another Toronto neighbourhood is taking issue with one of their neighbours who has, in what appears to be a trend, started construction on two "monster" homes that locals say flagrantly clash with all of the other houses on the street.

Residents of a quiet, short crescent near Kingston Road and Main in the Upper Beaches have been complaining that the remodel project is too tall, takes up too much of the lot and is "ruining a quaint little street."

They are also up in arms about the fact that the owners have decided to divide up a single property — with homes slated for the addresses 29A and 29B Glen Stewart Crescent — calling the move selfish, money hungry and more in posts to various neighbourhood Facebook groups.

But, the work appears to be in line with all relevant City of Toronto zoning regulations, though barely, with the first of the two homes coming in at just .03 feet shy of the maximum allowable height for a structure at that location (32.78 feet vs. the cap 32.81 feet).

The specs of the project are also the result of multiple variances appealed for and approved by the Toronto Local Appeal Body, going above existing bylaws for things such as lot size and other dimensions. 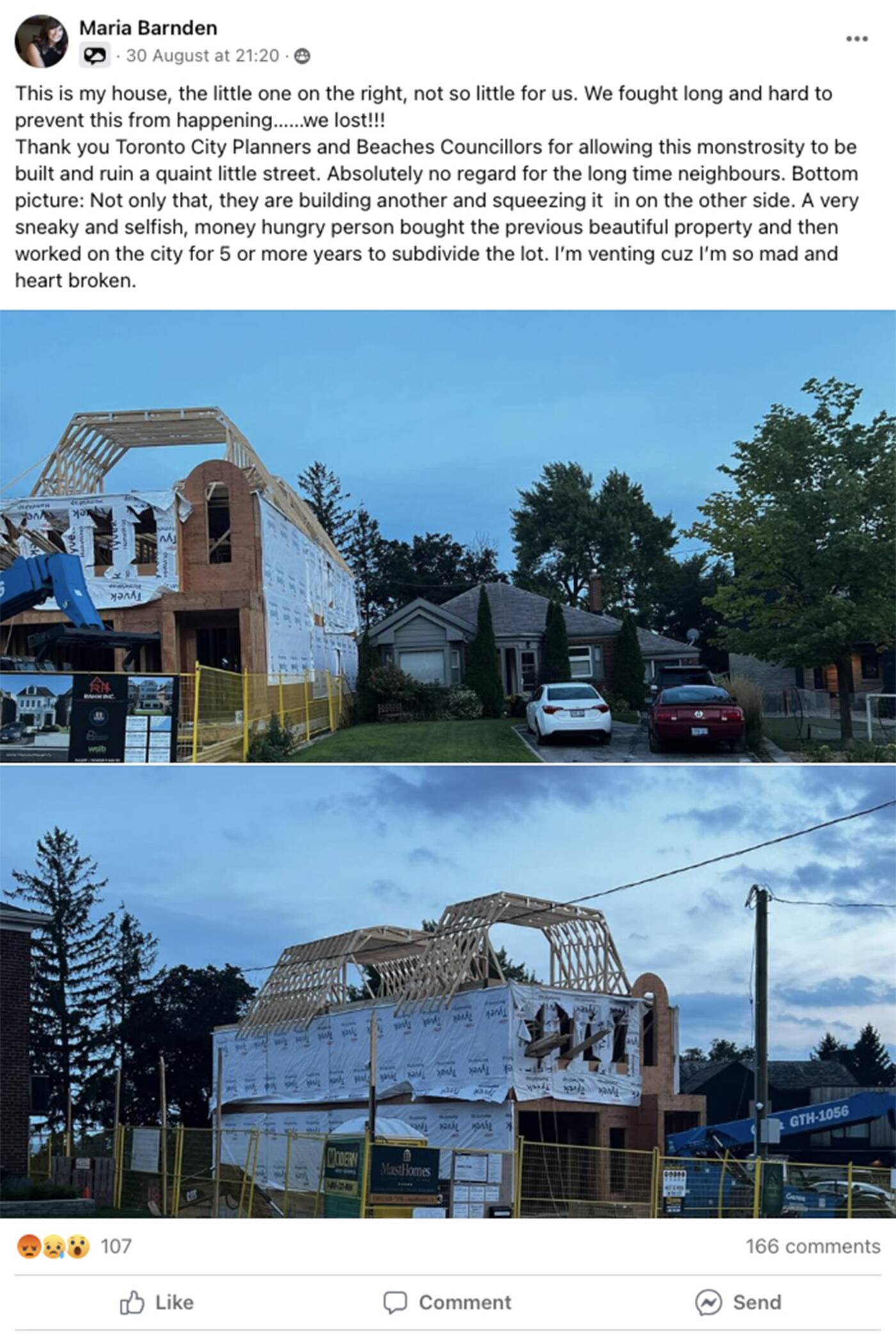 A post from a neighbour in the the Beaches Toronto Facebook group showing the first of the two homes that is being built on the now-divvied up lot.

Though the owner's belief that the upgrades will actually increase the value of properties on the street could be true, looking at photos of the first new build in comparison to its neighbours shows quite a start contrast, one obviously more imposing, hulking over the other.

"I'm mad and heartbroken," the resident of the home directly next door writes on Facebook, blaming, in part, city planners and local city councillors for their roles in permitting the construction.

"[They have] absolutely no regard for long-time neighbours."

People living on Lund Street in Richmond Hill have expressed the same concerns with a "monstrosity and an eyesore" of a new home going up in their neighbourhood recently, too.