Toronto faces an urgent need for rental housing, and even existing high-density communities packed with apartments are now subject to massive proposals as developers attempt to cram as much density onto sites as humanly possible.

At the corner of Main and Danforth, one such site, already primed with adjacent GO and TTC subway stations, could soon see a massive infusion of new density through a proposal to bring five towers to an existing high-rise community at 2575 Danforth Avenue. 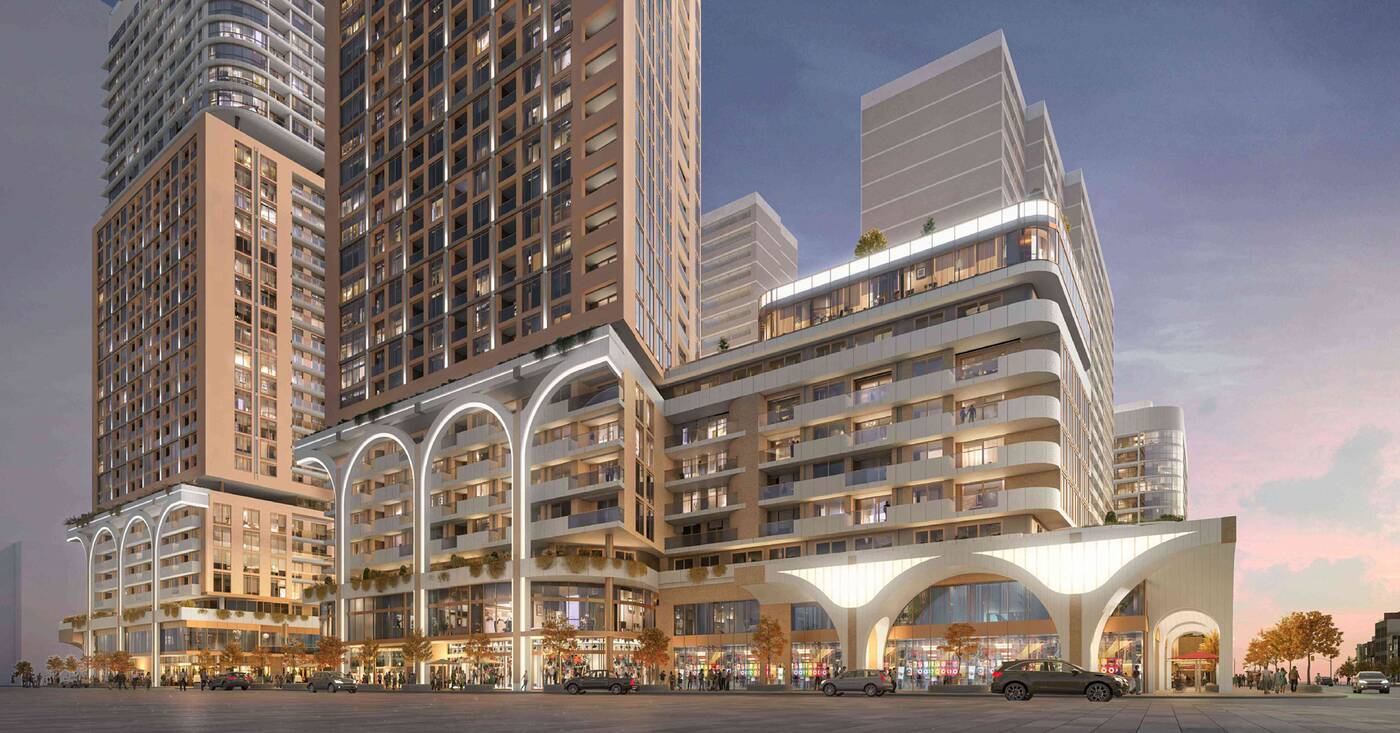 The site at the southwest corner of Main and Danforth is already home to a group of four apartment towers constructed in 1972, but the property owners are hoping to maximize the site's residential uses with a development application seeking approval for the addition of over 1,500 new homes.

While the towers —with heights ranging from nine to 29 storeys — were considered quite dense a half-century earlier, demand for rental housing combined with provincial planning policy has made such communities ripe for intensification.

Property owners Main Square have hired WZMH Architects to design a completely-bananas looking project that seems to be experiencing an identity crisis, with podiums featuring multi-storey glowing arches juxtaposed against brick-clad volumes that seem to reference existing towers on site, only to be crowned in ridiculous-looking swooping crowns.

Basically, this thing is a dog's breakfast of competing, confusing design elements.

In spite of the jarring renderings, the complex as proposed would succeed in bringing a massive influx of density to the site, with a group of five rental towers with heights of 55, 33, 29, 15, and 15 storeys.

Most of the new density is proposed to replace existing surface parking lots and paved plazas, though the existing Main Square Community Centre at the site’s south edge would be demolished to make way for the redevelopment.

A handful of the existing 1,123 apartments already housed on site would be demolished, though the new buildings propose 1,543 new units for the site, for a total of 2,646 new and existing units.