About 3,650 km to the northeast, Toronto has its own row of Painted Ladies that, while less of a tourist draw, form a colourful landmark in The Beaches neighbourhood.

A pocket of the neighbourhood locals call Pleasantville was constructed on the former Greenwood Racetrack lands in the late 1990s, and prominently features Victorian-inspired Painted Ladies-style homes along its curving frontage where Lake Shore Boulevard meets Woodbine Avenue. 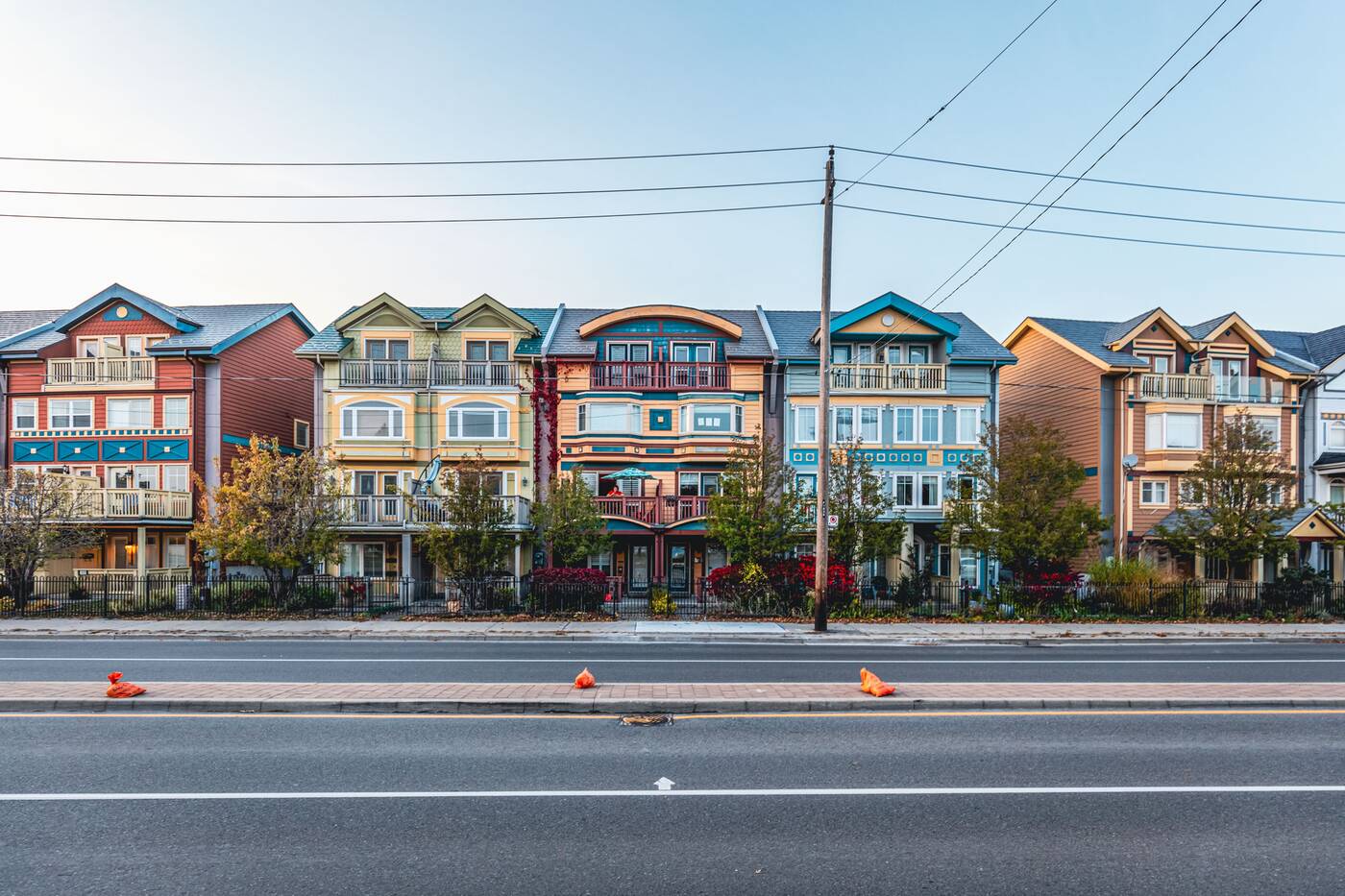 A group of the Painted Ladies style houses at the east end of Lake Shore Boulevard in Toronto.

However, their distinctive style references some fascinating history with clear links to the homes built in San Francisco's boom years following the 1849 California Gold Rush.

Edwardian and Victorian design persisted in San Francisco even after the catastrophic 1906 earthquake destroyed much of the city's housing stock, but it wasn't until the psychedelic hippie era of the 1960s and 70s that surviving homes took on the iconic pastel hues they're known for today.

San Franciso's Steiner Street Painted Ladies are undeniably more famous than Toronto's, with names like Postcard Row and the Seven Sisters. Contemporary audiences are probably most familiar with the houses' appearance in the intro sequence of the 90s sitcom Full House. 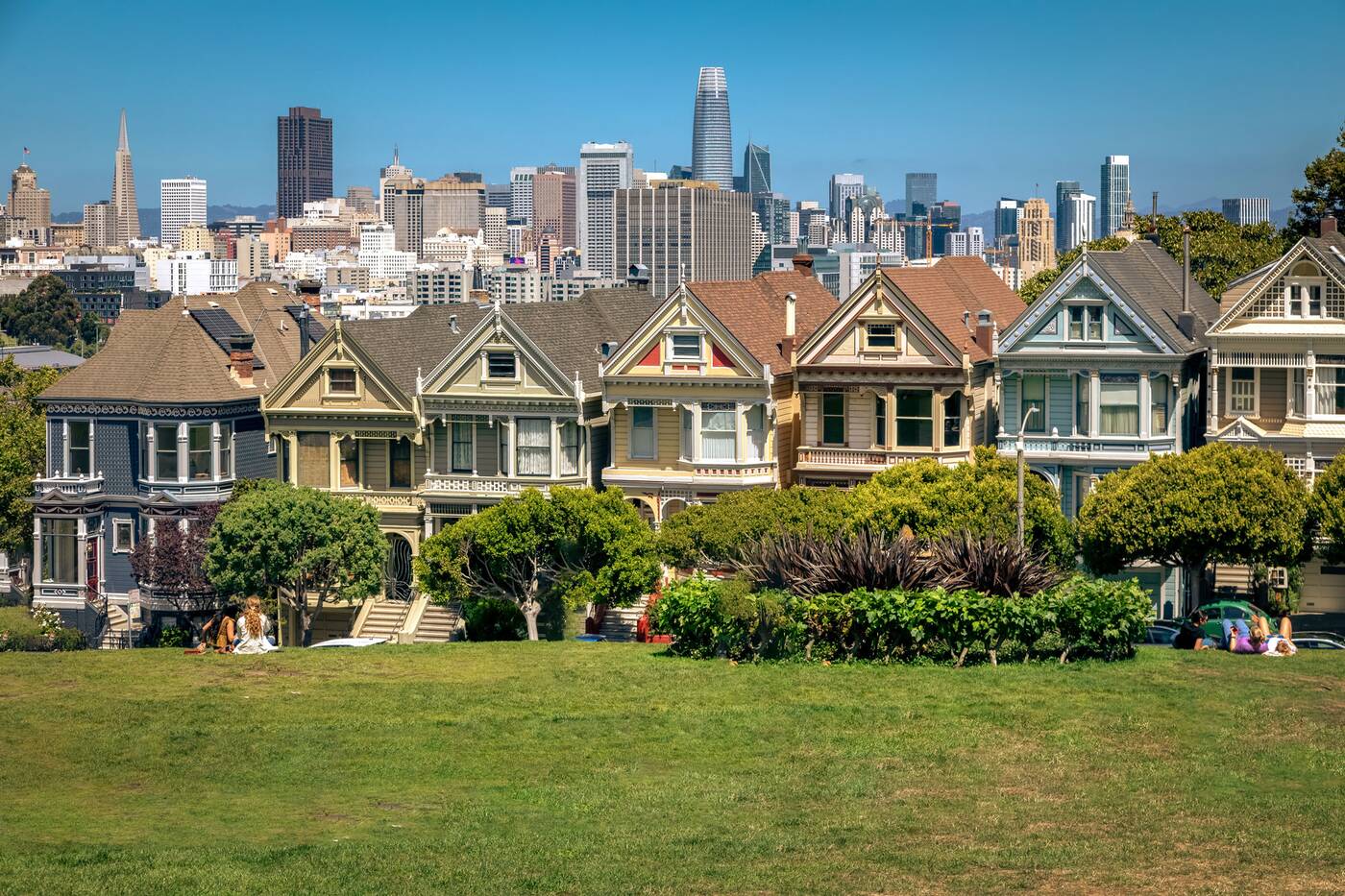 Toronto's have no playful nicknames or important moments in the late Bob Saget's career. Just addresses. 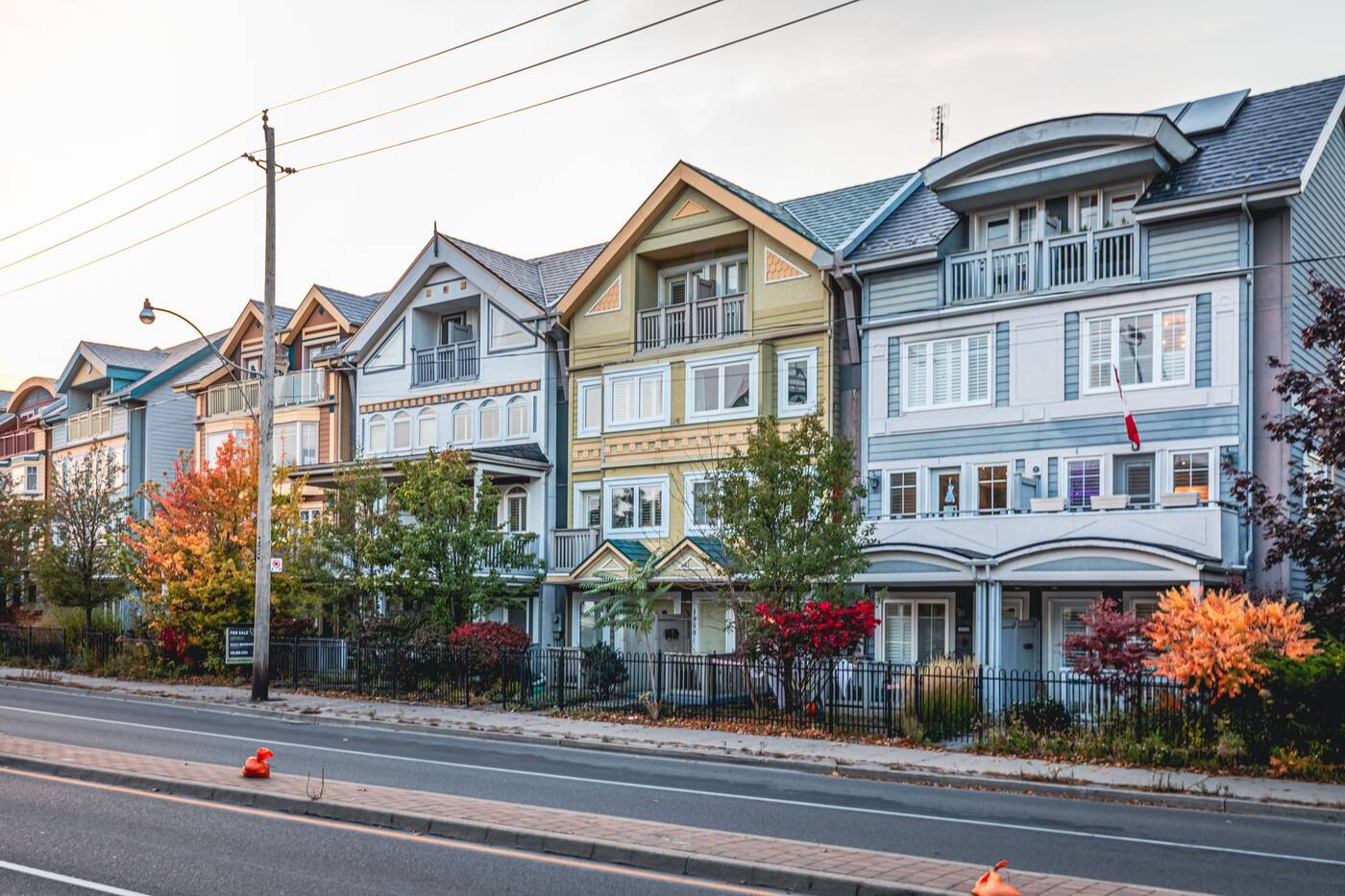 Through postcards and pop culture appearances, the houses at 710–720 Steiner Street are easily the best known in that city, but both historic examples and modern interpretations of Painted Ladies are practically everywhere in and around Frisco. 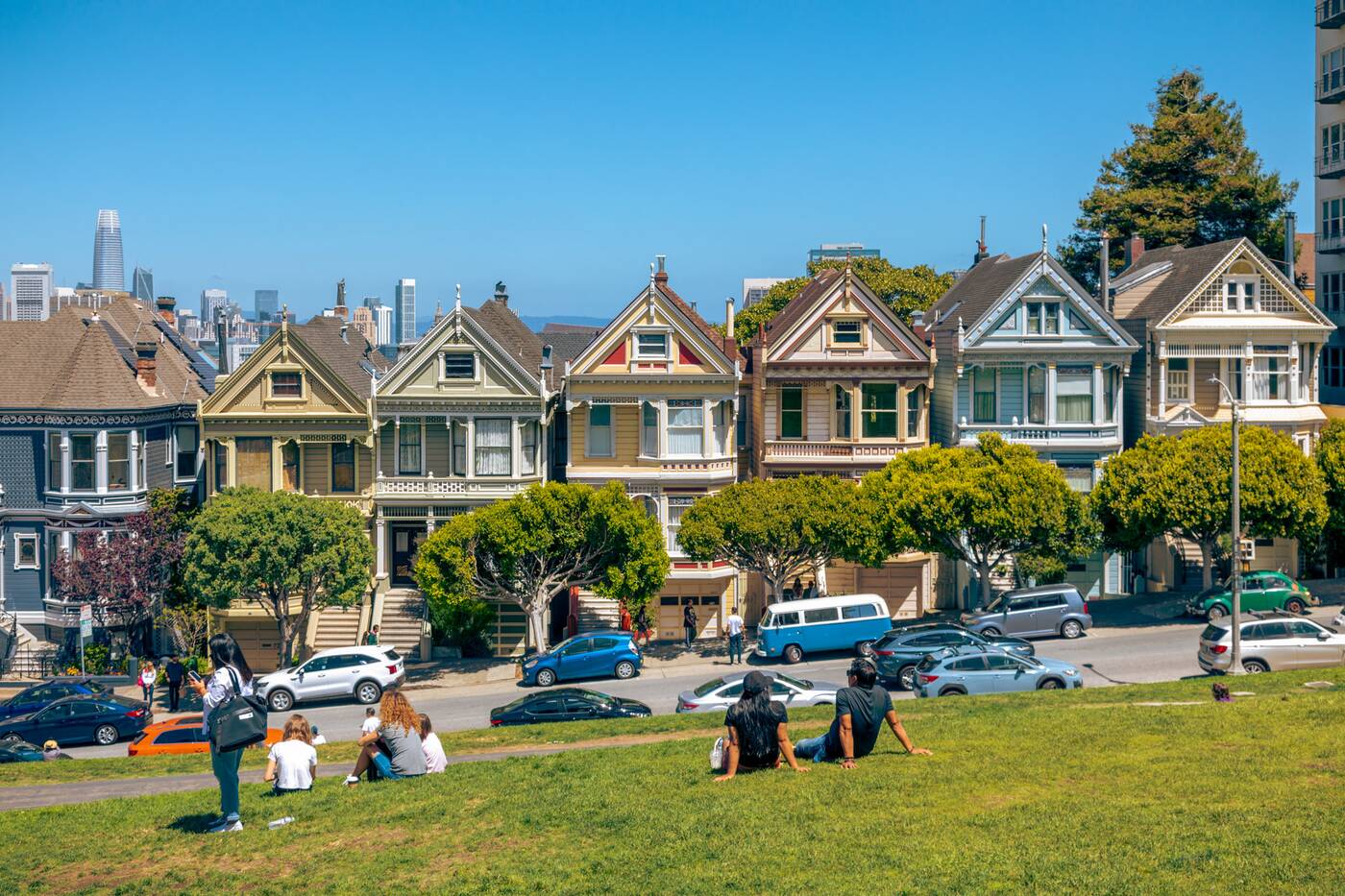 In Toronto, not so much. Single-family and townhomes in the city rarely feature colour or much architectural variety, making this stretch quite unique among the broader context of built forms in the area.

Toronto's houses aren't anywhere near as stunning as their inspirations in California, but the homes offer modern luxuries like car elevators and open-concept layouts that give the 416-area code versions some advantages over their 415 predecessors. 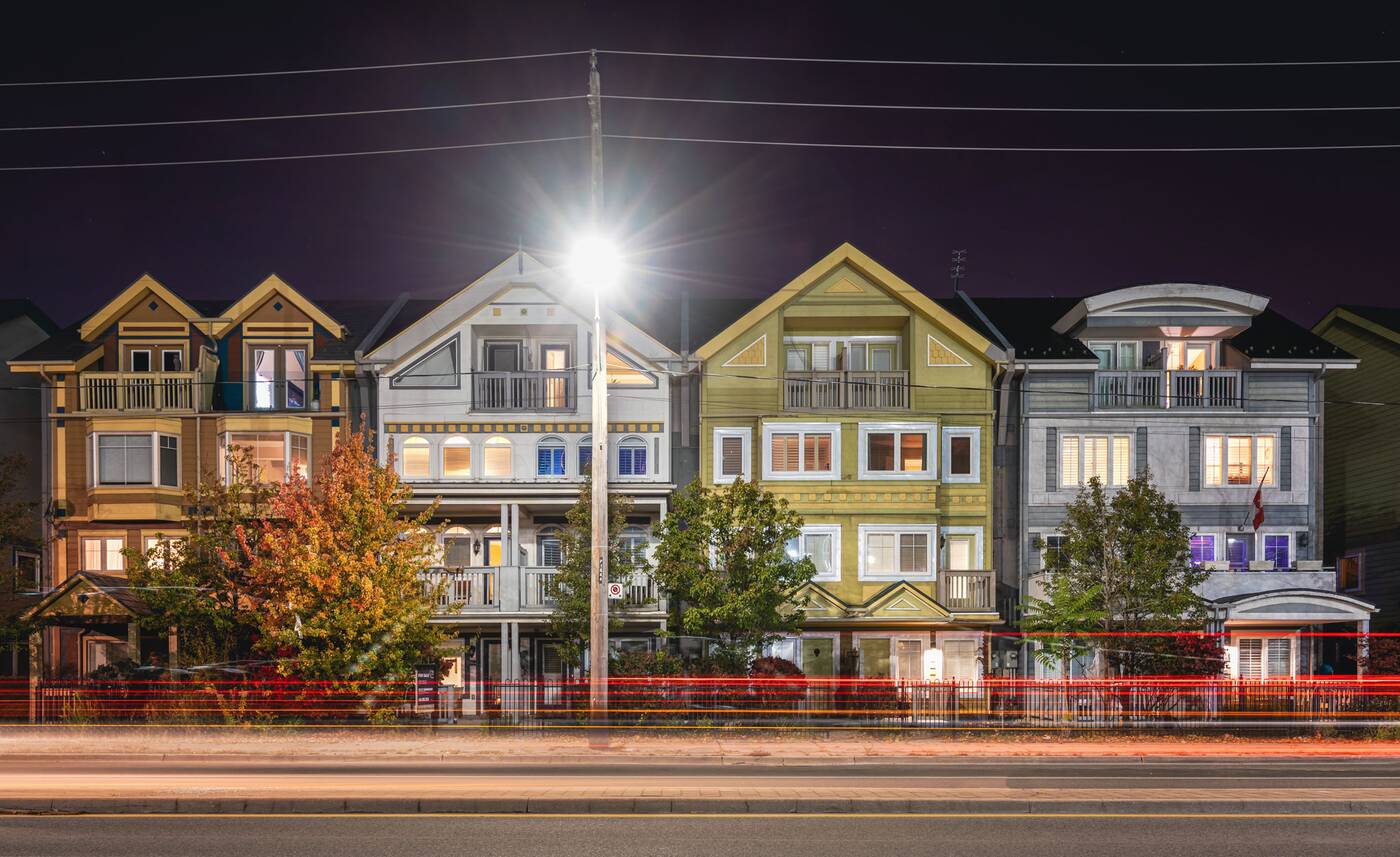 Toronto isn't the only city to build copycat Painted Ladies influenced by the original style out of San Francisco, or even repaint existing Victorian and Edwardian homes to achieve the same aesthetic. 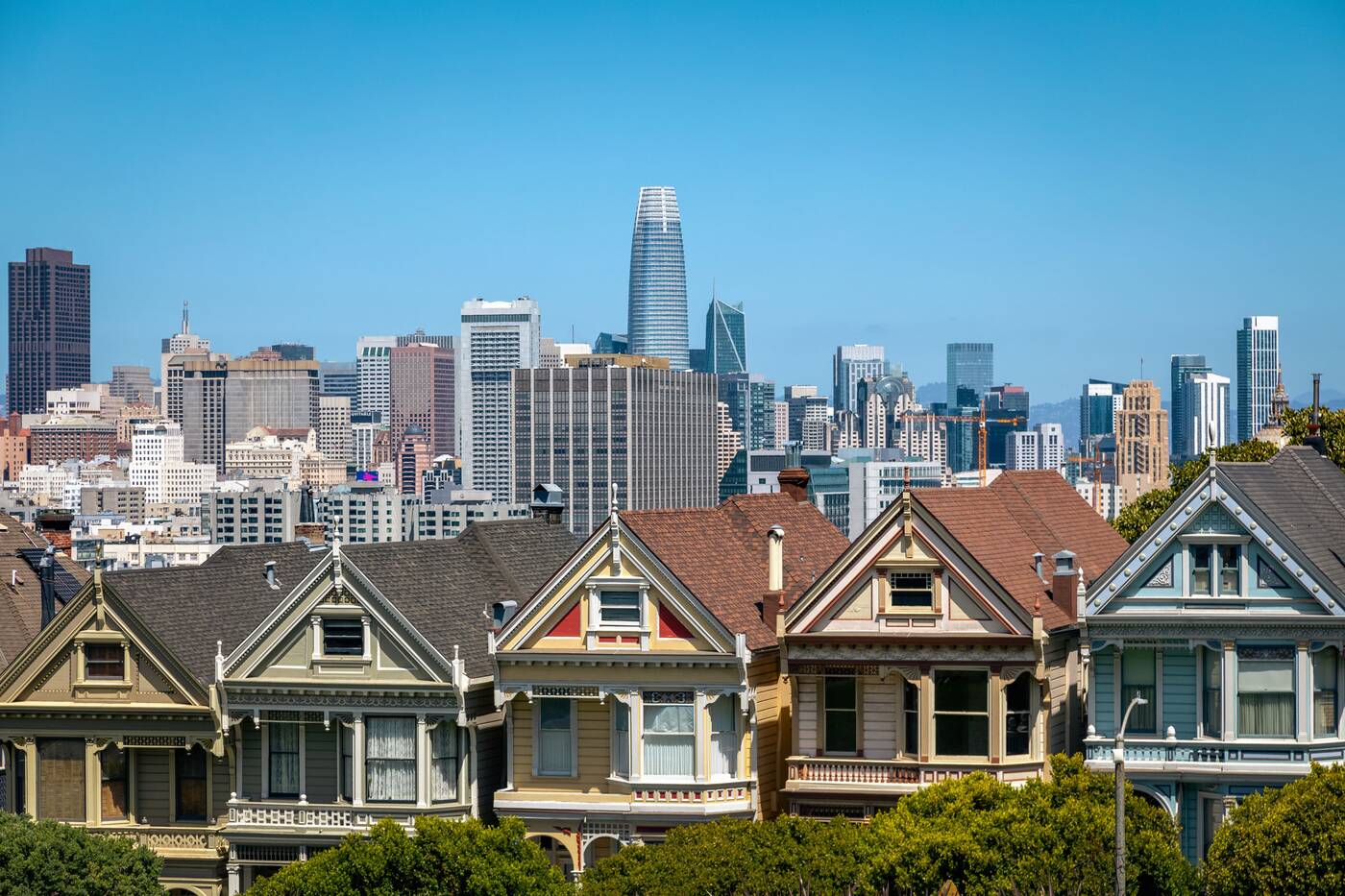 Toronto's Painted Ladies may lack the postcard appeal of their inspiration out west, but the connection is evident in the details.

Colourful rows of Victorian or Victorian Revival homes have since taken on the same moniker in places like Wellington, New Zealand, and several U.S. cities, including Cincinnati, St. Louis, Baltimore and New Orleans.