Toronto not impressed with new skyscraper that could totally change neighbourhood

A Toronto developer named after a Seinfeld gag wants to build an enormous condo tower on The Danforth, but city planners and locals might be laughing for entirely different reasons.

The plan at 654-658 Danforth Avenue — at the northeast corner of Pape — calls for the demolition of existing buildings to make way for a 49-storey mixed-use tower with retail, office space, and almost 500 condo units.

It would be far taller than anything in the vicinity — a likely stumbling block for area residents and businesses — but with the site positioned adjacent to an existing subway station and a future Ontario Line stop, there is a reasonably good argument in favour of density at this site.

Though it isn't necessarily an argument city staff will be willing to entertain.

Fourth image will be held up by @CityPlanTO that proposal is 'out of context' 'isn't good planning', but really it just shows the dire extent of Toronto's problem. pic.twitter.com/HcHXFhVhan

The proposal was submitted by a firm known as Del Boca Vista properties — an obvious and hilarious nod to the fictional condominium complex in Florida featured in the 90s smash hit sitcom Seinfeld.

If it weren't for the costly investment in all of the complex planning and the city's formal application process, a giant tower on The Danforth proposed by a company with a very jokey name would feel like an elaborate prank.

But this plan is very real. 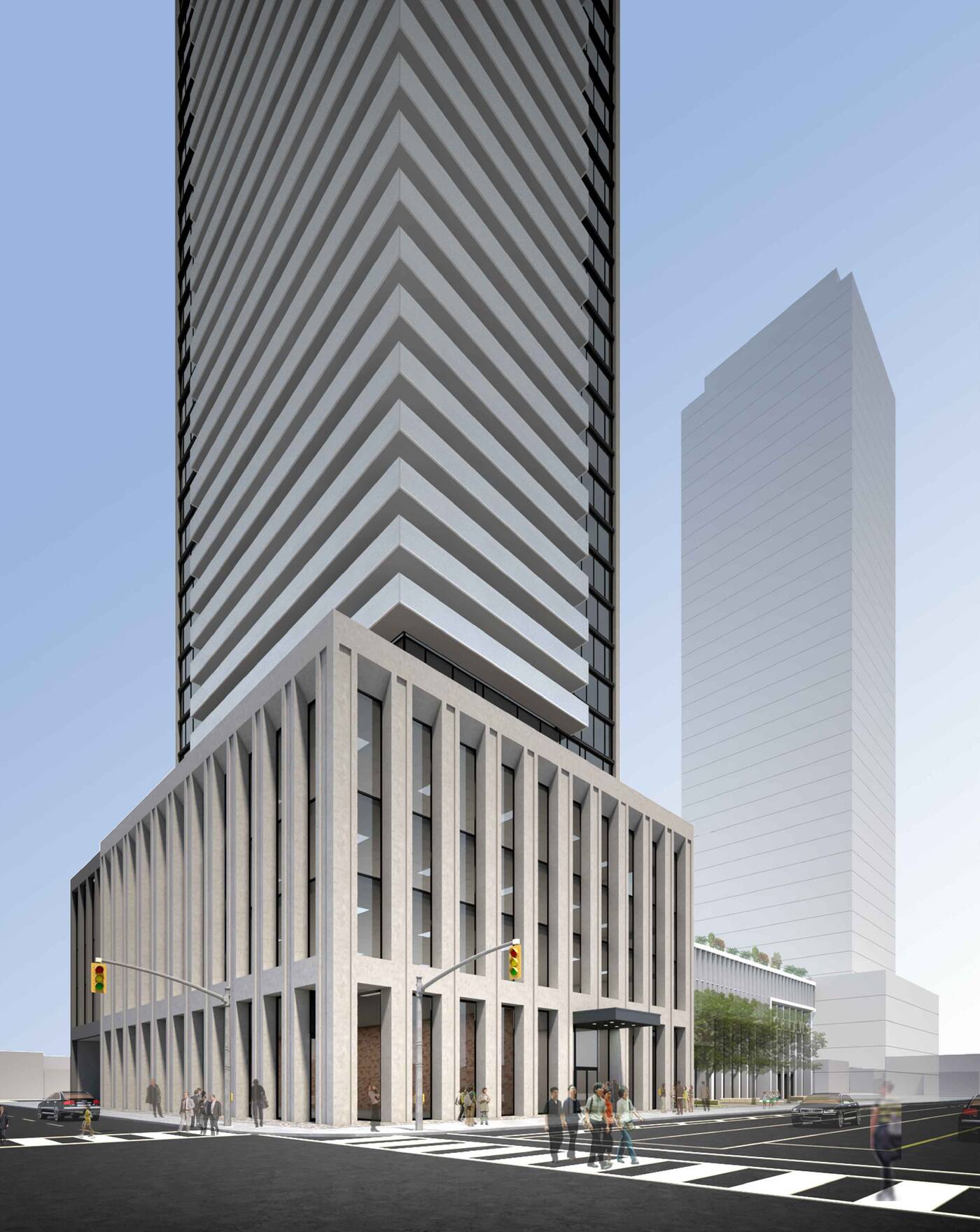 Del Boca Vista hopes to build a tower with office uses from the third to fifth floors and residential uses on levels six through 49. The tower would feature an upper-level indoor and outdoor amenity area offering sweeping city views thanks to all of that height.

The residential component calls for 496 condominium units, planned in a mix of 38 studios, 324 one-bedrooms, 84 two-bedrooms, and 50 three-bedroom layouts.

If approved, one can only assume that the condo units would sell "like hotcakes."

But a tall project on The Danforth could trigger quite the storm of dissent, and many experts are already weighing in on the fight that could be looming just around the corner.

I'm more concerned with the poor design of the ground floor than with the height. Clearly not designed with a walkable neighbourhood in mind. Which is a failure of most of the new buildings I've seen go up in this city.

Oliver Moore of The Globe and Mail tweeted, "Proposal for 49 storeys on the Danforth will really set the cat among the pigeons,"

Not sure if you have been on the Danforth but light, air, sky view, parks, shops, transit is not in short supply. Unfortunately mid rises policies are infeasible because they don’t pencil out and city policies restrict intensification next door on a side street with SFHs

Moore's colleague, Globe architecture critic Alex Bozikovic commented that "The landowner is trying to use provincial policy to override Toronto's absurd NIMBY zoning. As they should."

The proposal is already generating much debate on Twitter, but the city's response — staff are currently reviewing the ambitious submission — will not be known until the plan appears before community council.