If this condo looks familiar it's because it was used as Harvey Specter's condo in the TV show Suits.

In use for the first few seasons, the show ended up building a set that looked exactly like it when the new owner bought the condo in 2016.

"I guess they liked the space so much they decided to replicate it. Which I think is a testament to how amazing the space was," confirmed realtor David Fleming in a recent interview. 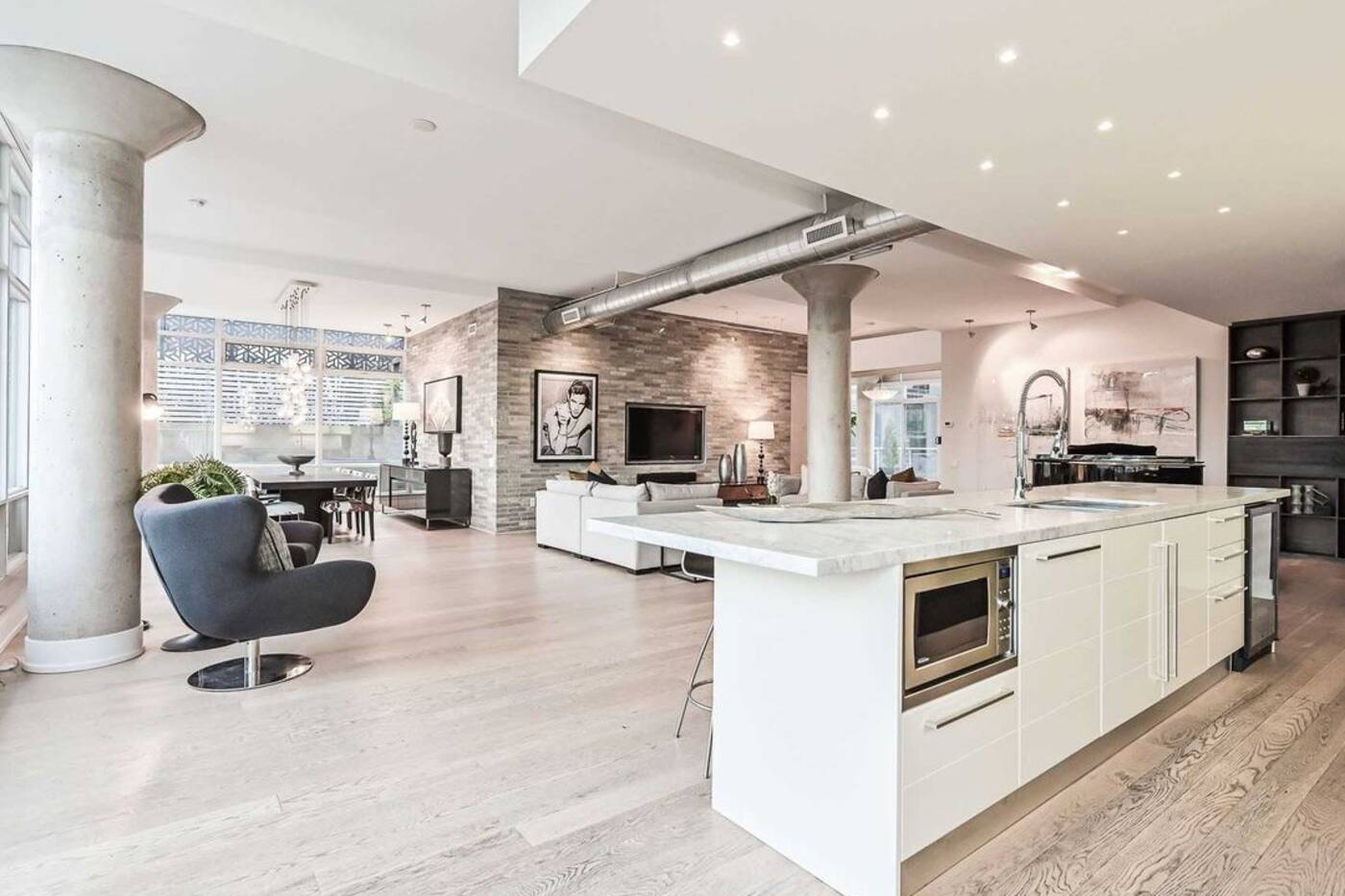 The two-bedroom, three-bathroom penthouse is listed for $4,999,000 and takes up the full top floor of 20 Stewart Street. 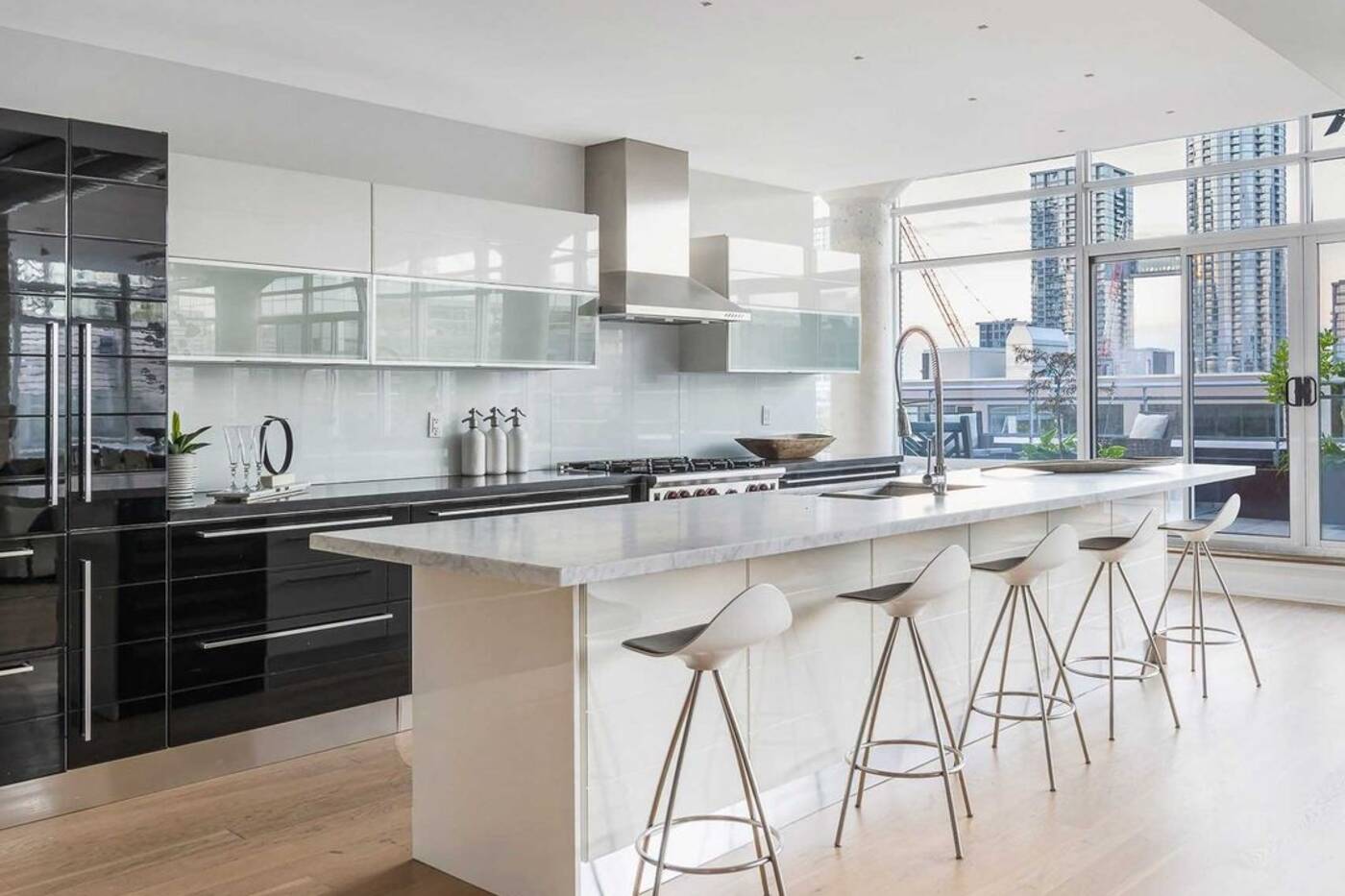 The kitchen has a Wolf range, Sub-Zero fridge, and a built-in wine fridge.

The luxury condo boasts almost 3,000-square-feet of living space, a private elevator right into the home and 360-degree views of the city. 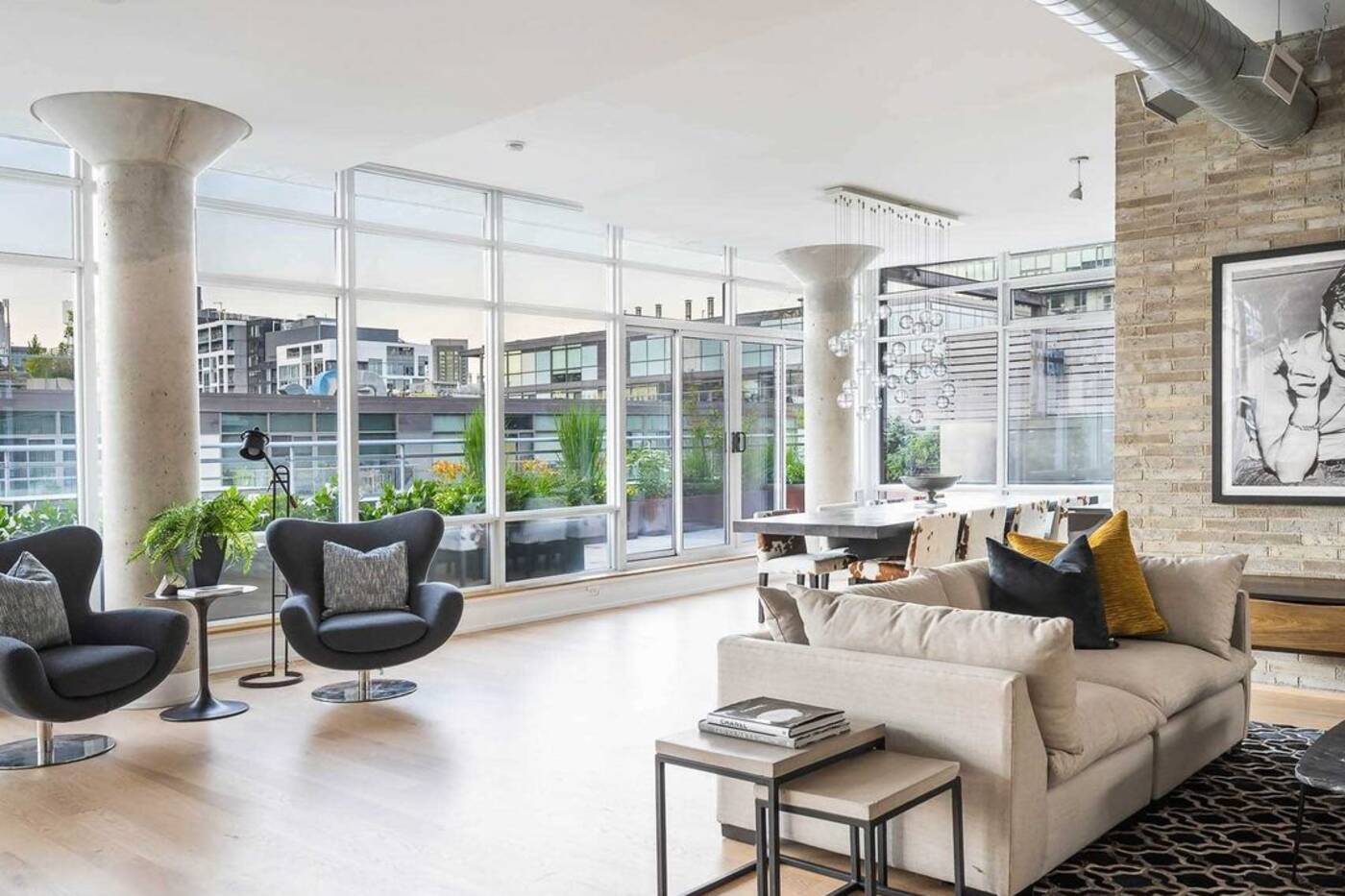 The fluted columns give the condo that industrial vibe. 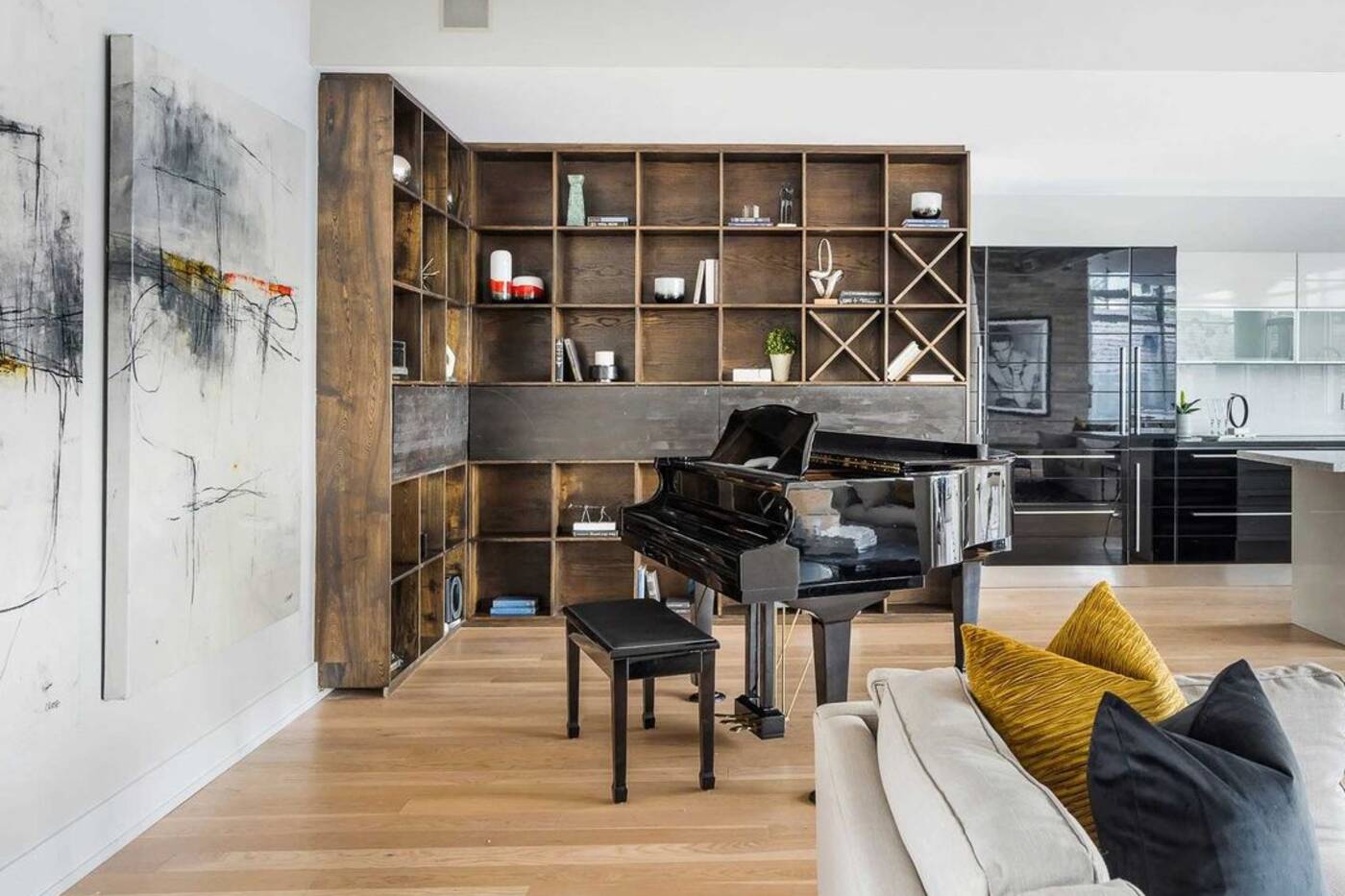 Fans will notice that the shelves that were home to Harvey Specter's record collection are still there. But the desk has been swapped out for a grand piano. 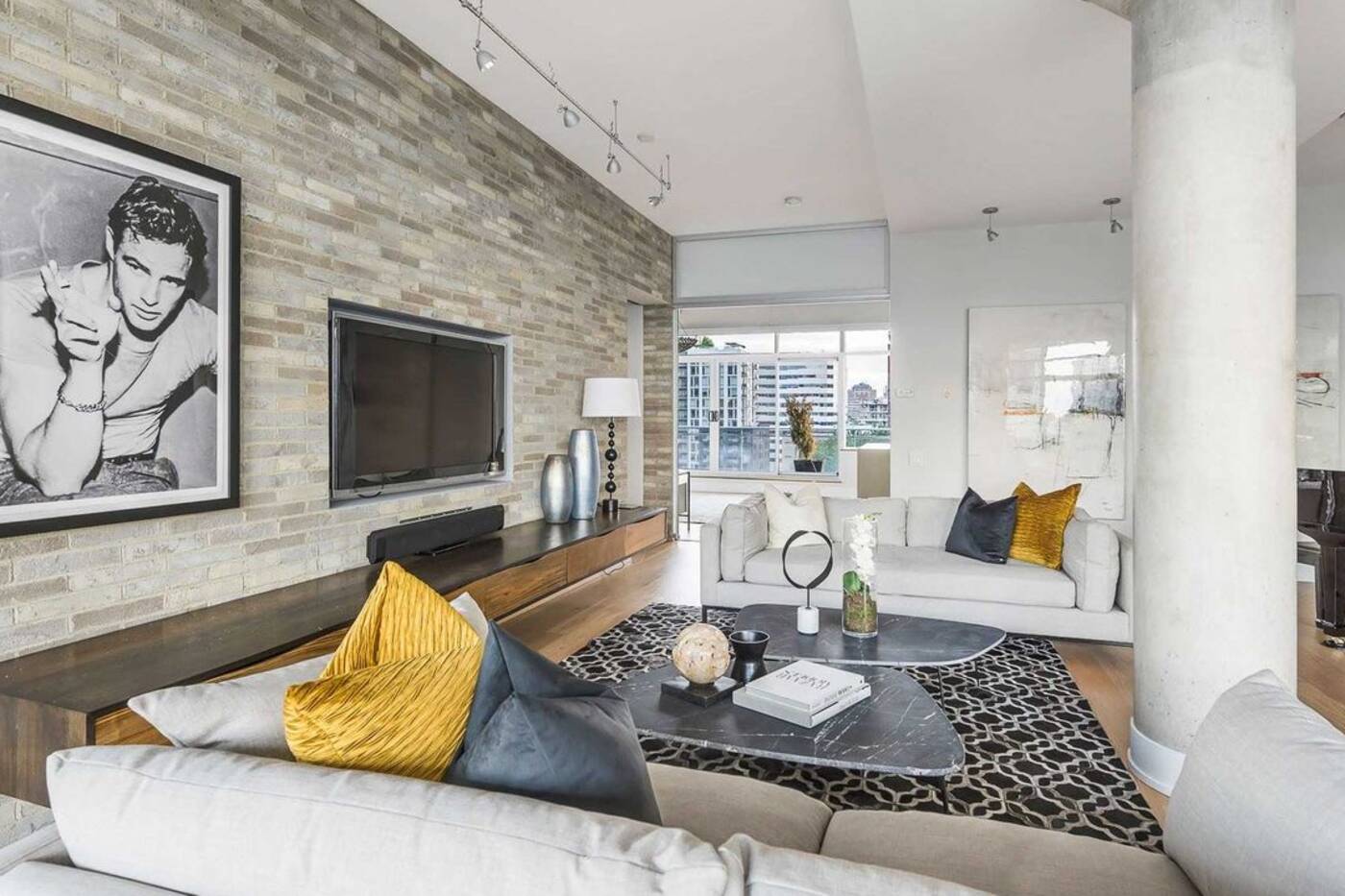 The brick wall is a new addition to the condo.

Other notable differences from the TV show to the present home is the added brick accent wall, which provides some more textural intrigue to the space. 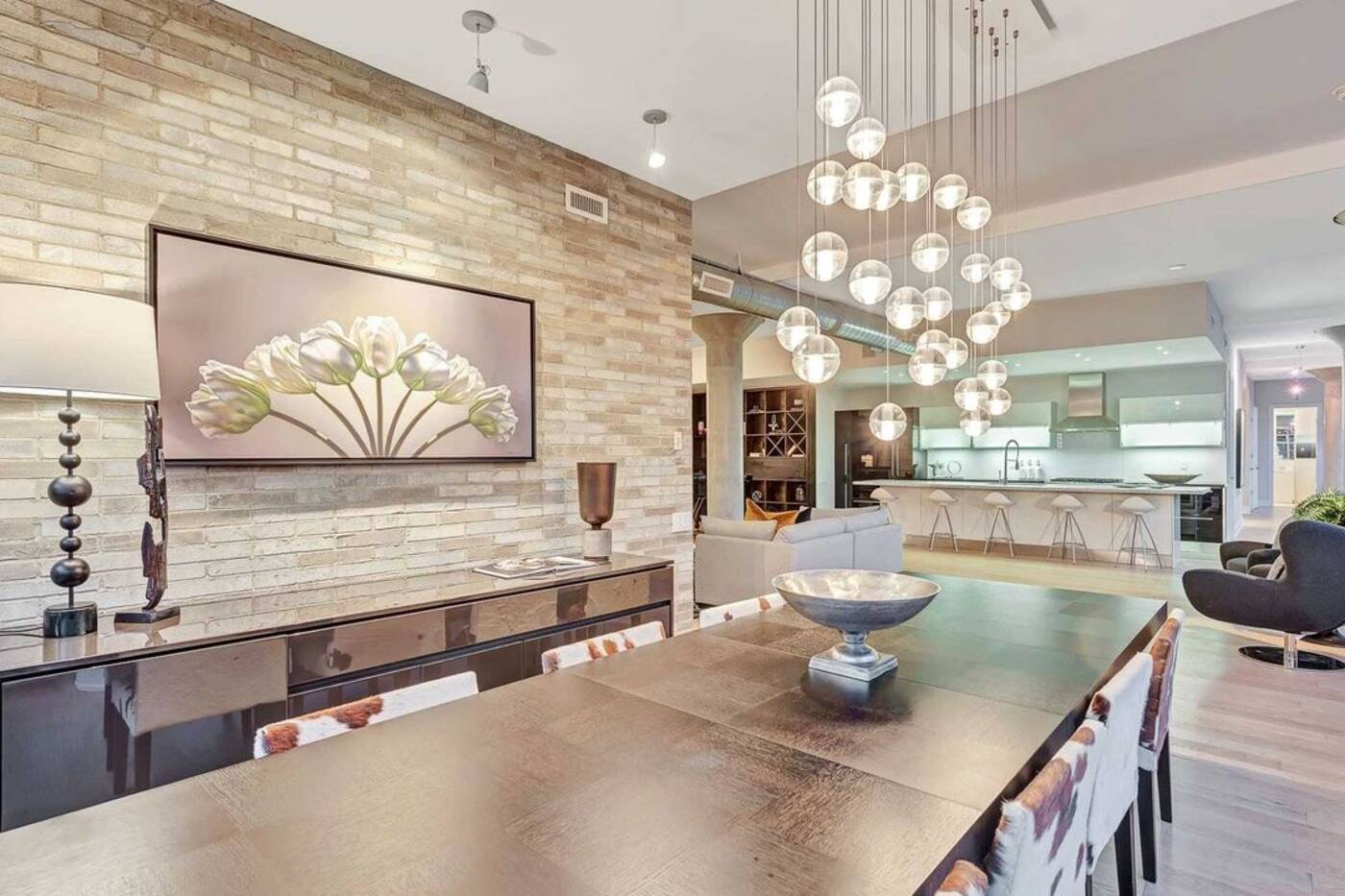 But even if this condo didn't have Hollywood North roots, it would still be a sight for sore eyes. 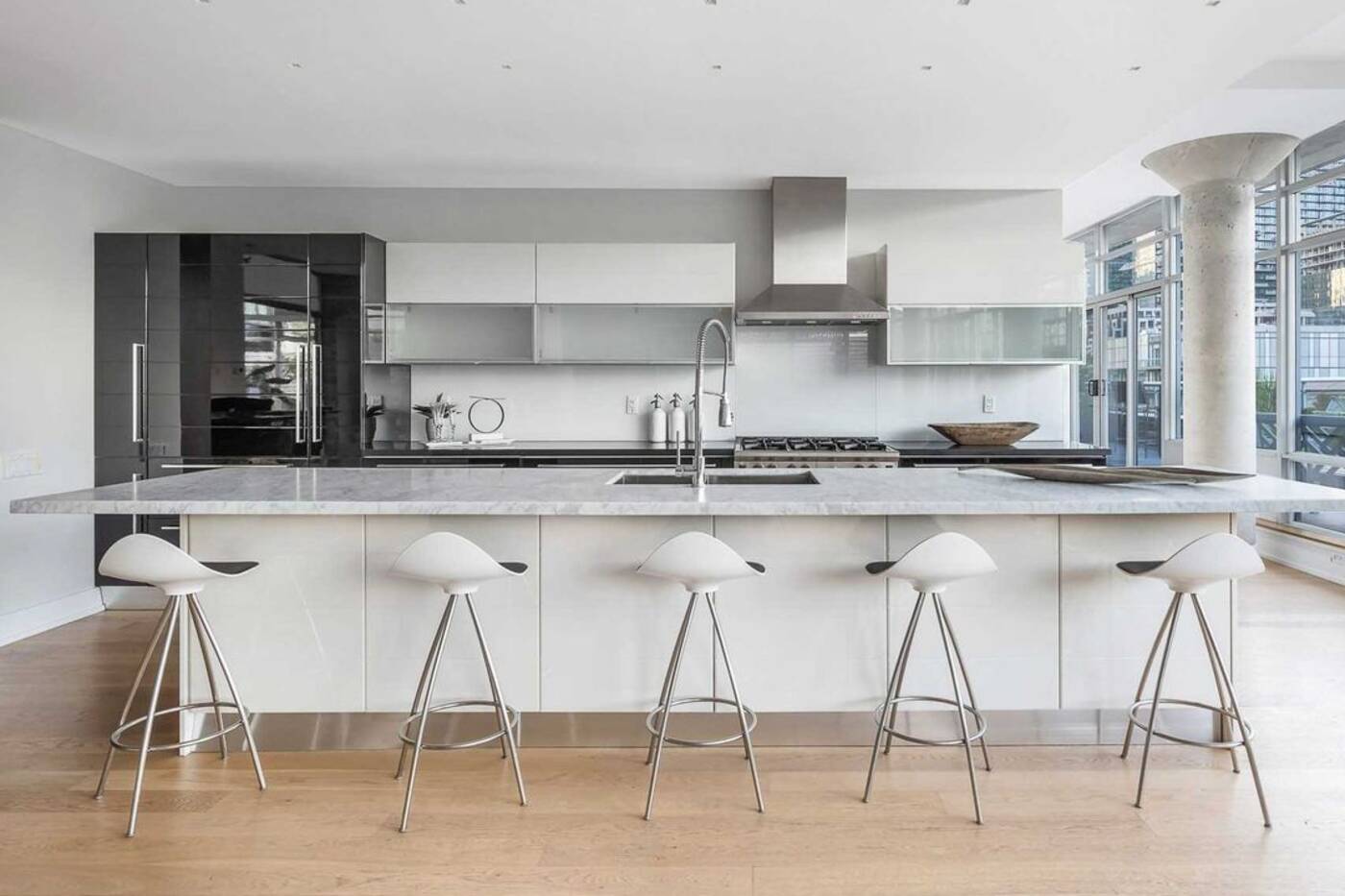 The kitchen, which is the exact same as Harvey's, is sleek and modern and has been upgraded with top-of-the-line appliances, including a built-in wine fridge. 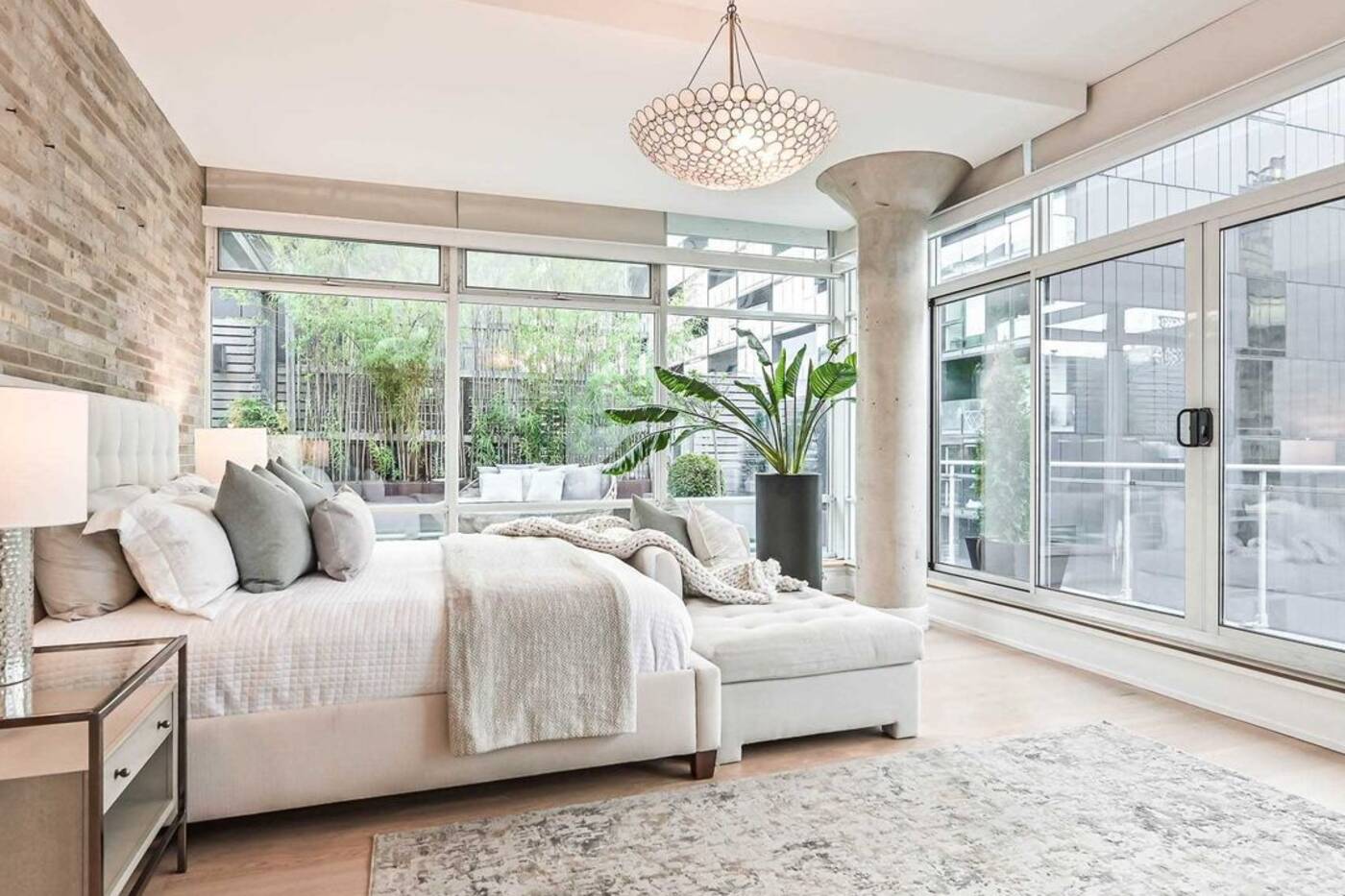 The bedrooms are bright and spacious. 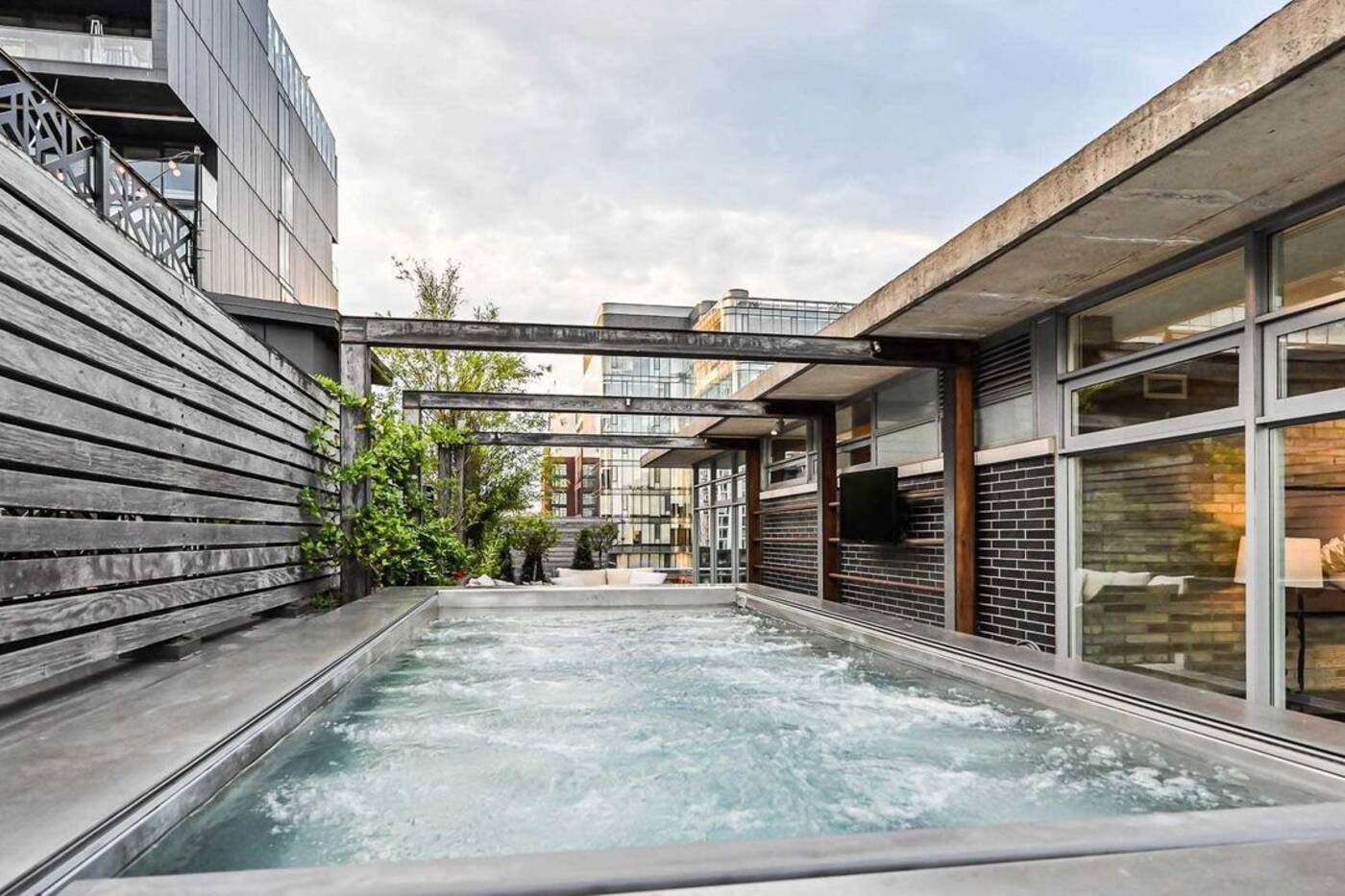 The outdoor patio is jaw dropping with 2,000-square-feet of space that includes a heated pool, built-in BBQ and a small forest. 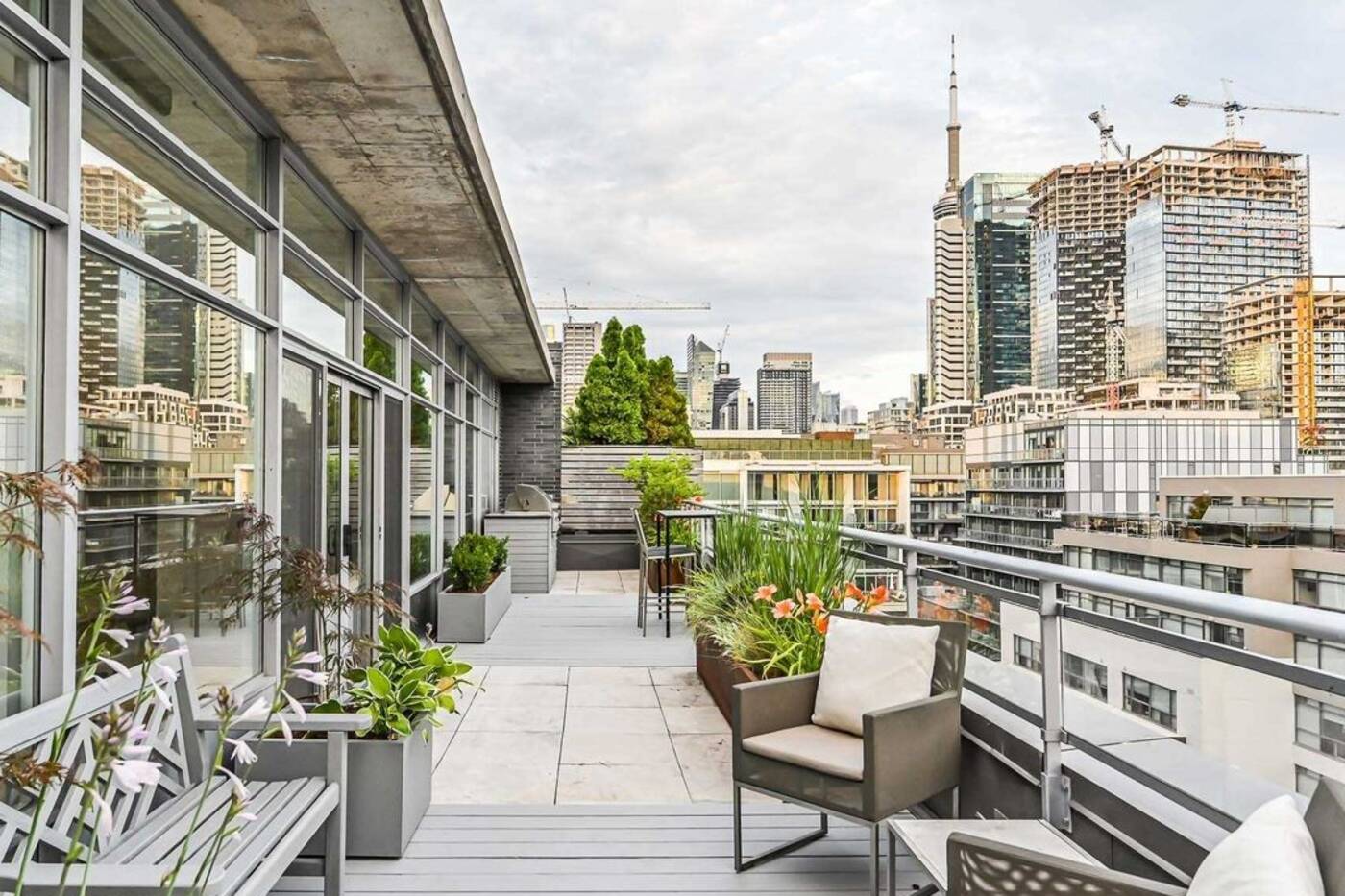 The unit also comes with two parking spaces and a private garbage chute (which is the true luxury). 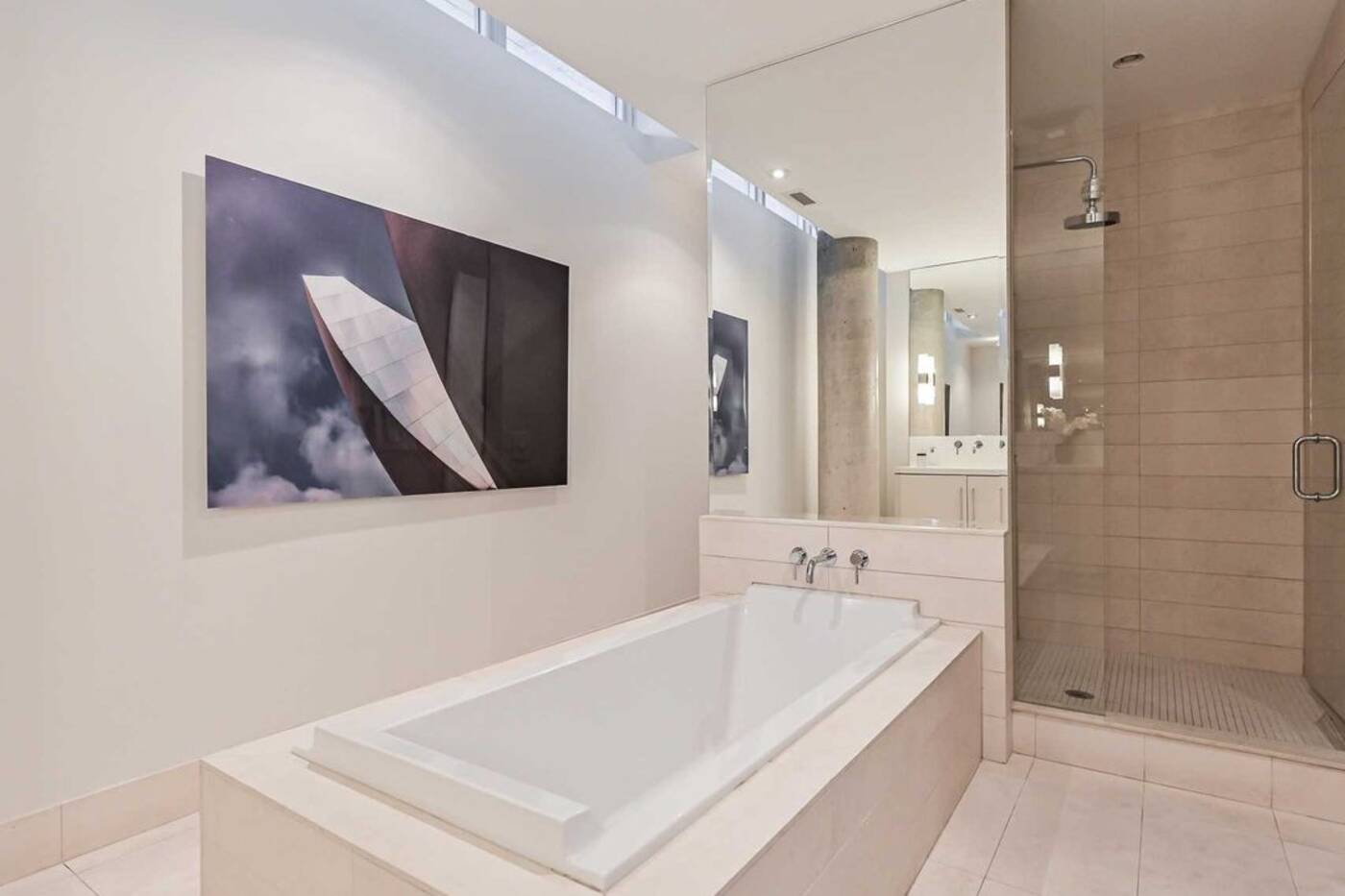 The only downside to this place is that there aren't a whole lot of amenities and the bathrooms are a tad lackluster for a $5 million penthouse suite. 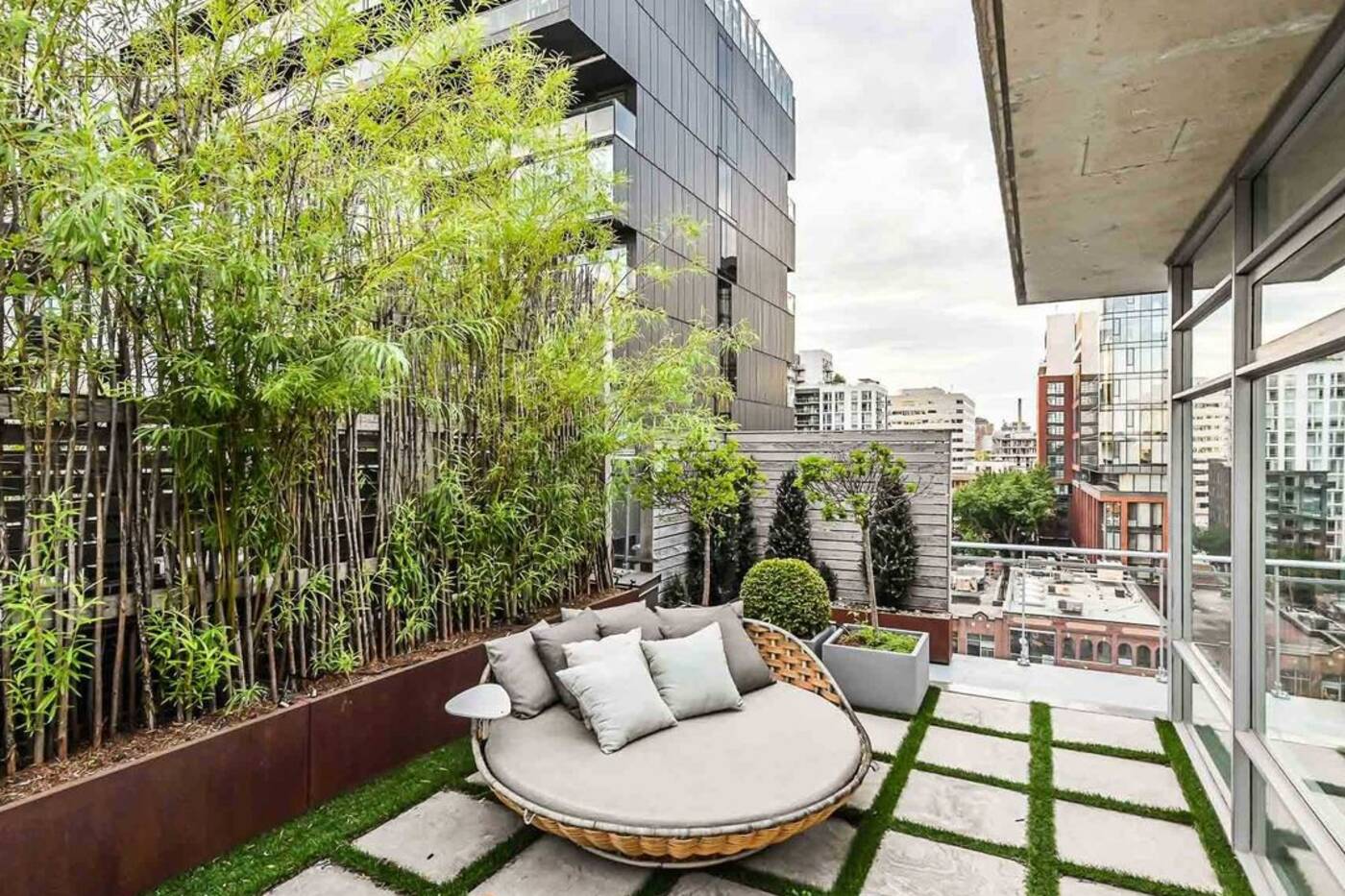 The plants have built-in irrigation.

But it's totally a flex that you can say the Duchess of Sussex, Meghan Markle herself, has been in your condo. 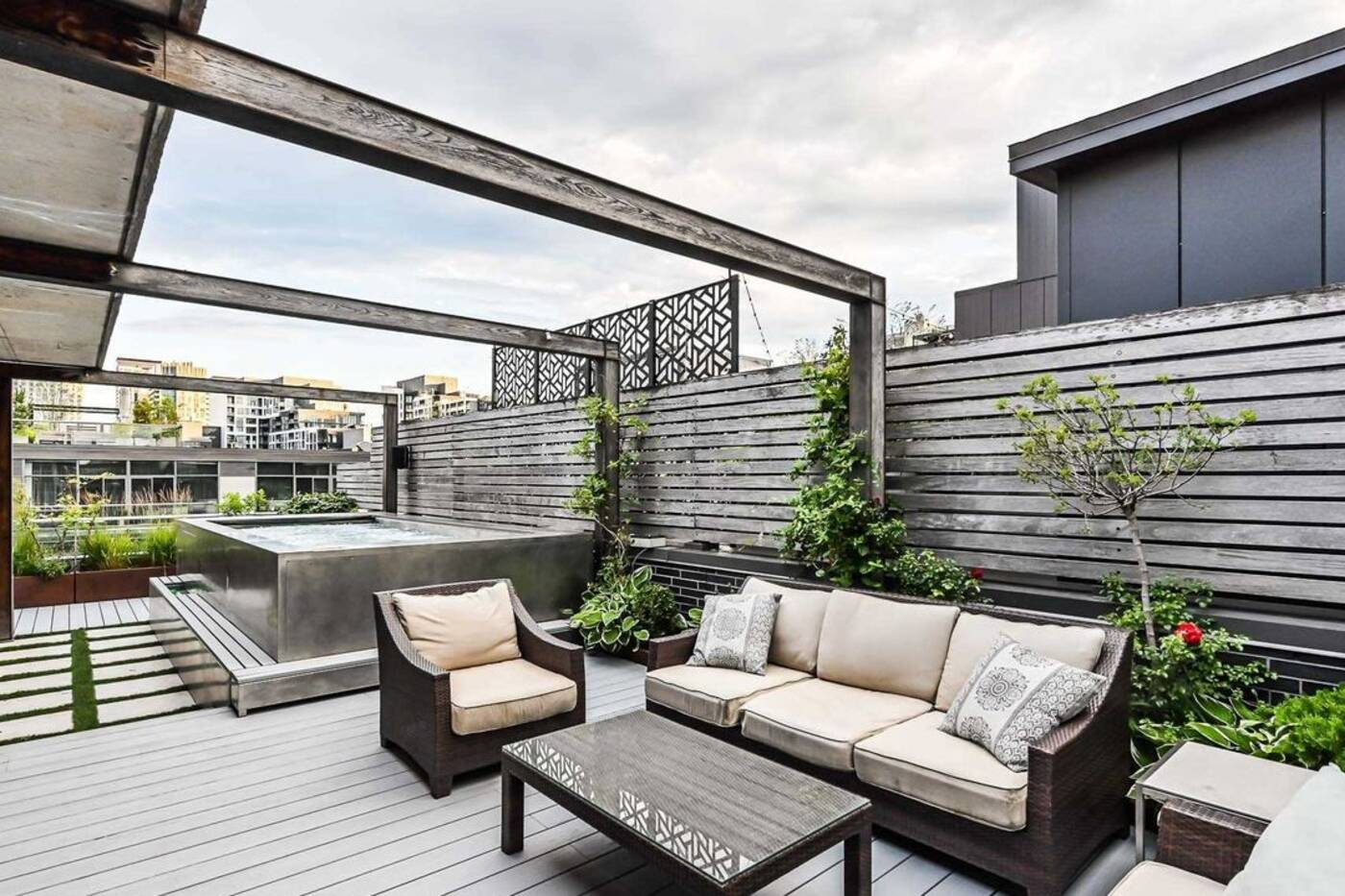 Just don't tell people it was way before you moved in!