In the latest chapter of Toronto condo madness, a developer has applied to bring a 76-storey condominium tower to the northeast corner of Yonge and Gerrard, adding to an area promising to be one of the tallest points on the city skyline.

Capital Developments has submitted plans with the city for a sky-scraping development at 399 through 405 Yonge Street, a pair of multi-address buildings currently home to a handful of businesses, including a Boston Pizza and Banh Mi Boys location.

Designed by Teeple Architects, the tower is planned to rise to a height just shy of 250 metres.

If completed today, it would stand as the seventh-tallest building in the city, but it would eventually be dwarfed by nearby developments at 385 Yonge and 33 Gerrard, a testament to just how quickly this intersection will change in the coming years.

The tower's signature feature is a unique geometric cutaway roughly two-thirds of the way up the corner over Yonge and Gerrard, complemented by similar features at the tower base and roofline. 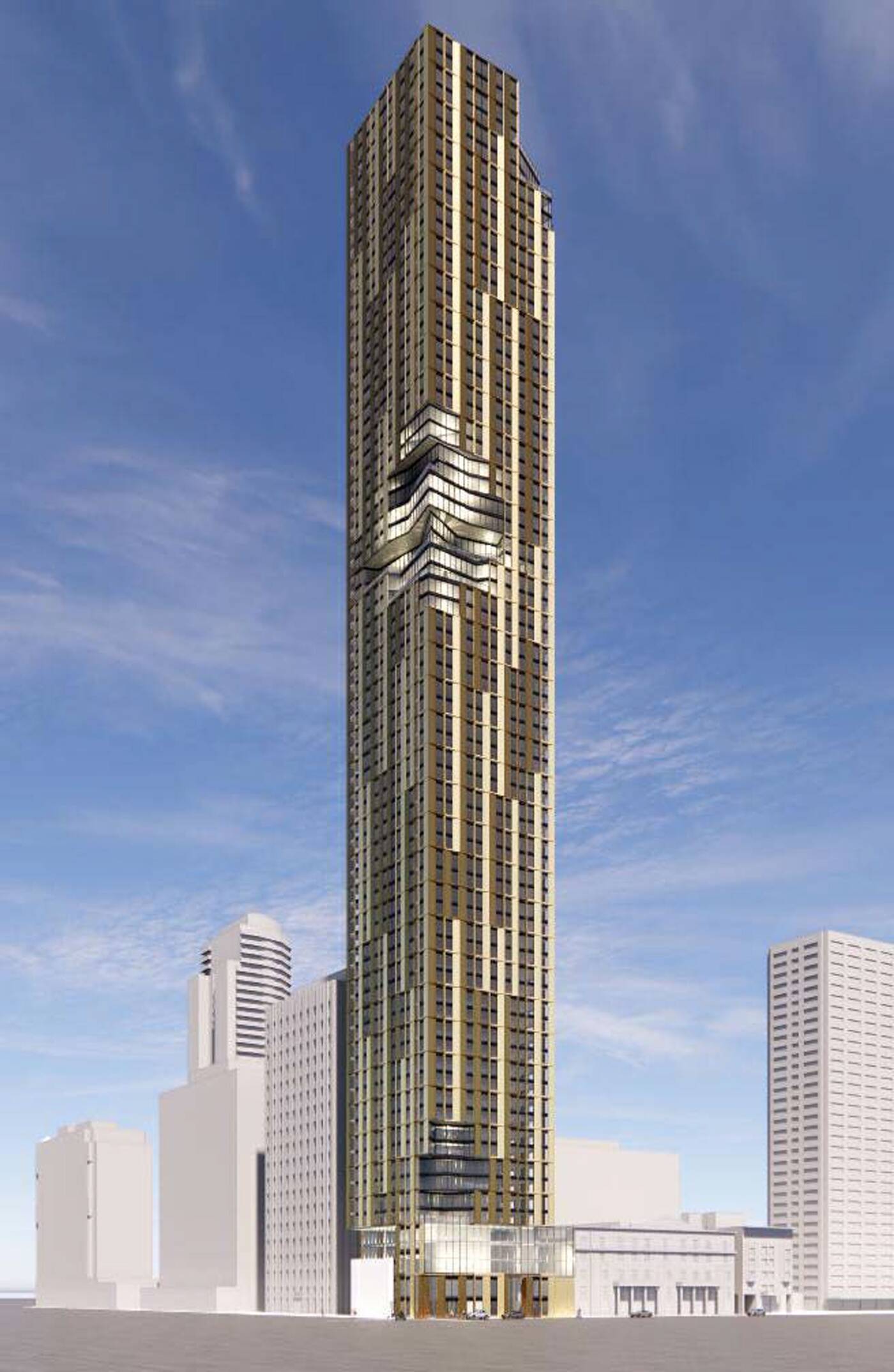 It's a design feature not too unlike the relatively new but instantly iconic King Power Mahanakhon in Bangkok, which includes pixelated spiral sections subtracted from its otherwise uniformly rectilinear design.

In a break from Toronto condo conventions, Capital Developments is pursuing a building with no balconies in an effort to meet new energy code standards implemented by the city.

The project's champagne metal panel and champagne-coloured glass exterior would include the retained heritage facades of 401-405A Yonge Street integrated into the podium, housing new retail space on the ground floor. 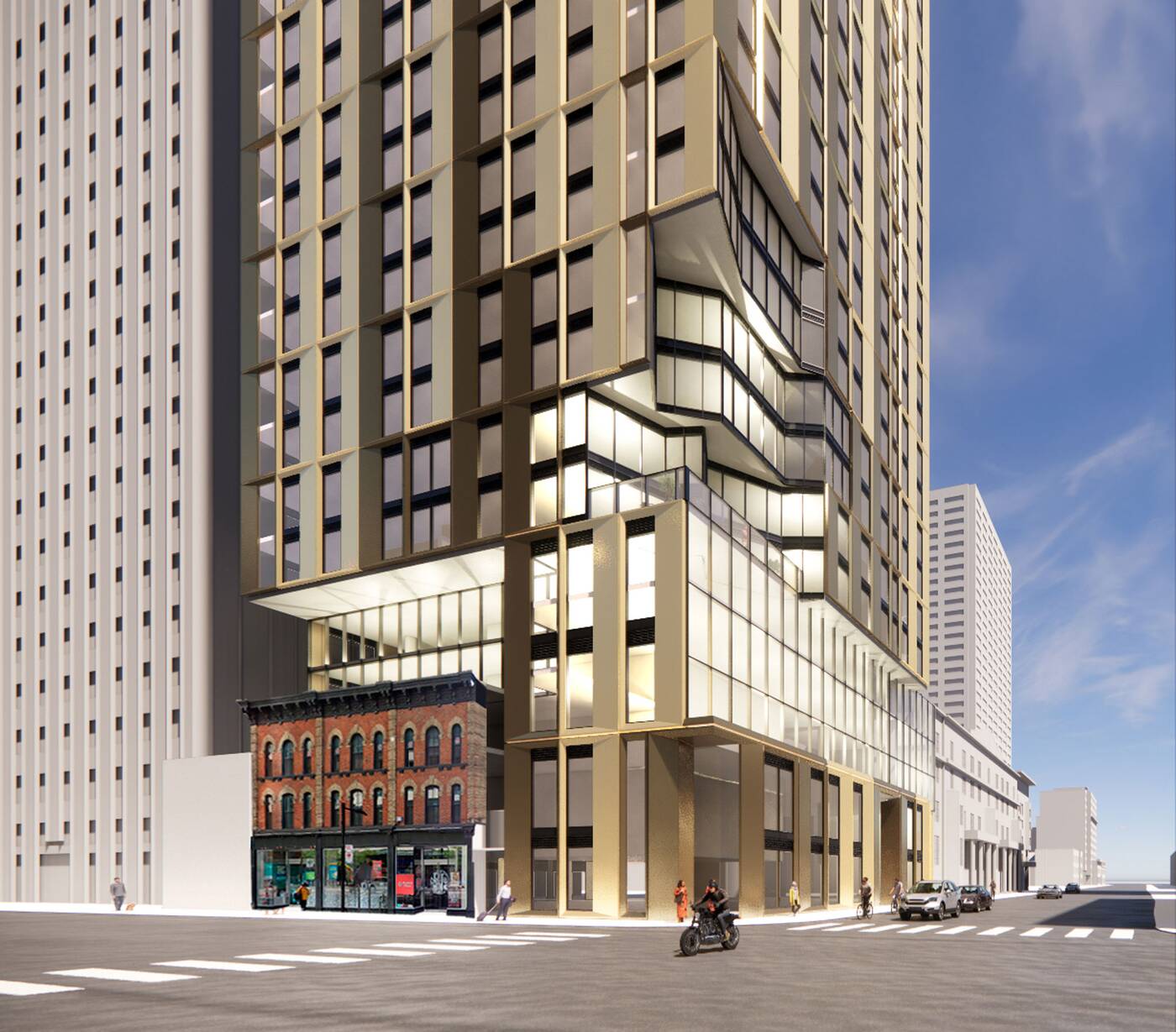 The buildings' rears, along with their neighbour to the south, would be demolished to make way for the new tower's footprint.

Though 399 Yonge to the south doesn't look too remarkable today, the building's 1983 siding obscures what's left of the old Coronet (formerly the Biltmore Savoy) Theatre, a once delightful Modernist-Art Deco mash-up dating back to 1950.

Unfortunately, it has been deemed beyond saving after years of unsympathetic tacked-on exterior changes.

In place of the current structures, the proposal calls for a total of 828 condominium units, broken down into a mix of 73 studios, 426 one-bedrooms, 243 two-bedrooms, and 86 three-bedroom units.

In another interesting break from convention, the project proposes zero resident parking spaces, instead planning to provide residents and visitors with an impressive 844 bicycle parking spaces within its single-level-plus-mezzanine underground area.