Finding a charming old house in Toronto for under $1 million literally steps from a subway station, a ten-minute walk from a GO station, and with a bus stop right outside the front door is about as rare as it gets.

But one home in the Bloor and Lansdowne area looks like a transit user's dream, that is, if they're willing to spend a few bucks fixing the place up.

Listed for just $849,999, this two-storey, three-bedroom, two-bathroom semi-detached home is up for sale just north of Lansdowne subway station.

It may seem like a pretty penny to pay for such an obviously rough-around-the-edges semi-detached, but with the average price of a semi in Toronto sitting at $1,426,273 as of May 2022, it's totally a steal.

A steal, at least until you invest in what would surely be extensive repairs and renovations, based on some rough-looking photos of the property.

Behind its quaint exterior, the house is a jarring mess. 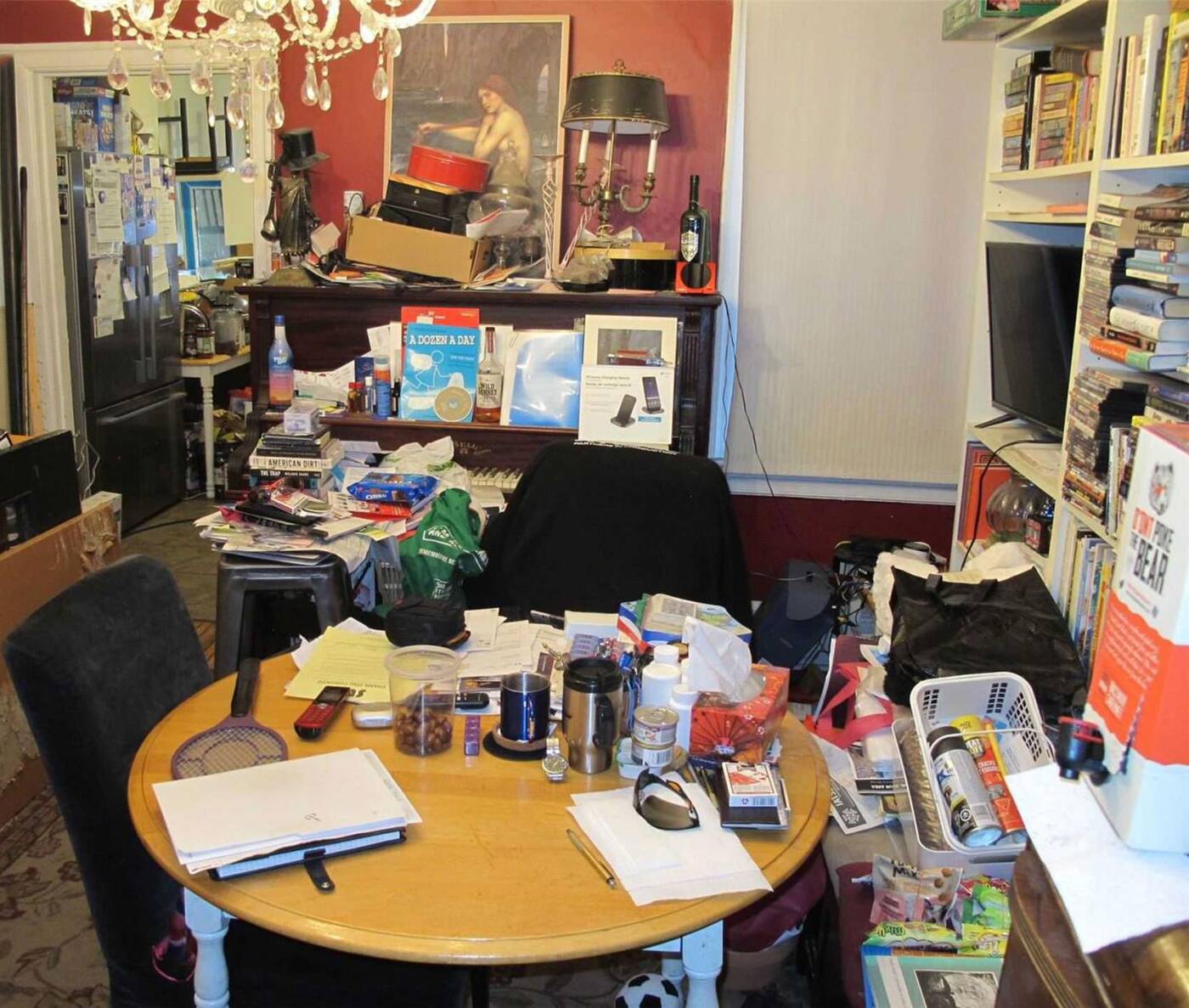 A living room with a chandelier and red-painted walls was probably once an impressive space, but it must have gotten pretty chaotic in the intervening years, the interior now cramped with stuff.

Ceilings throughout the house appear to need work, with water damage, cracked and peeling paint, and holes that reveal rotted wood and cobwebs combining for a bit of a creepy vibe. 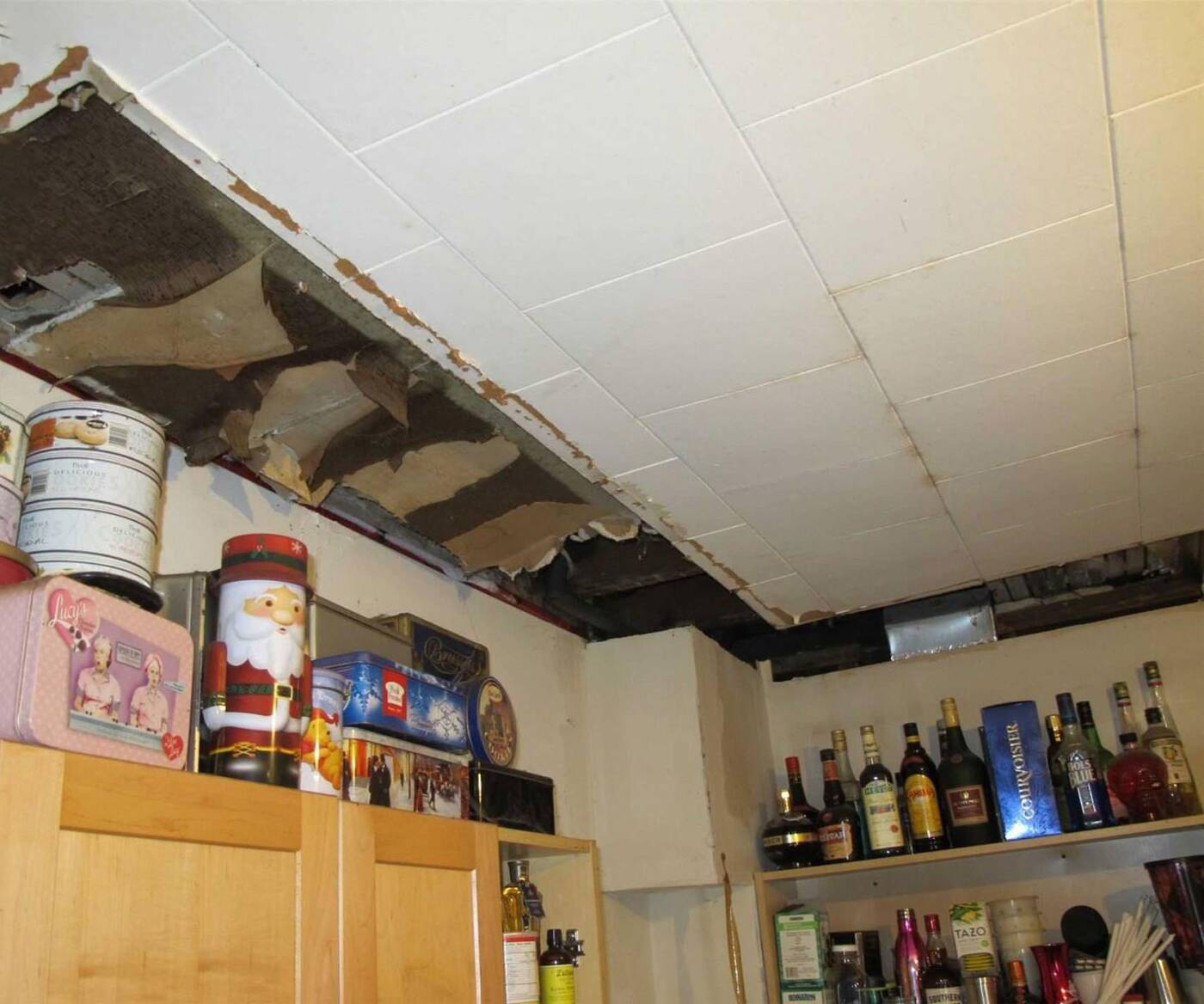 It looks like something approaching an episode of "Hoarders," with hallways narrowed by clutter that masks the true size of the interior. 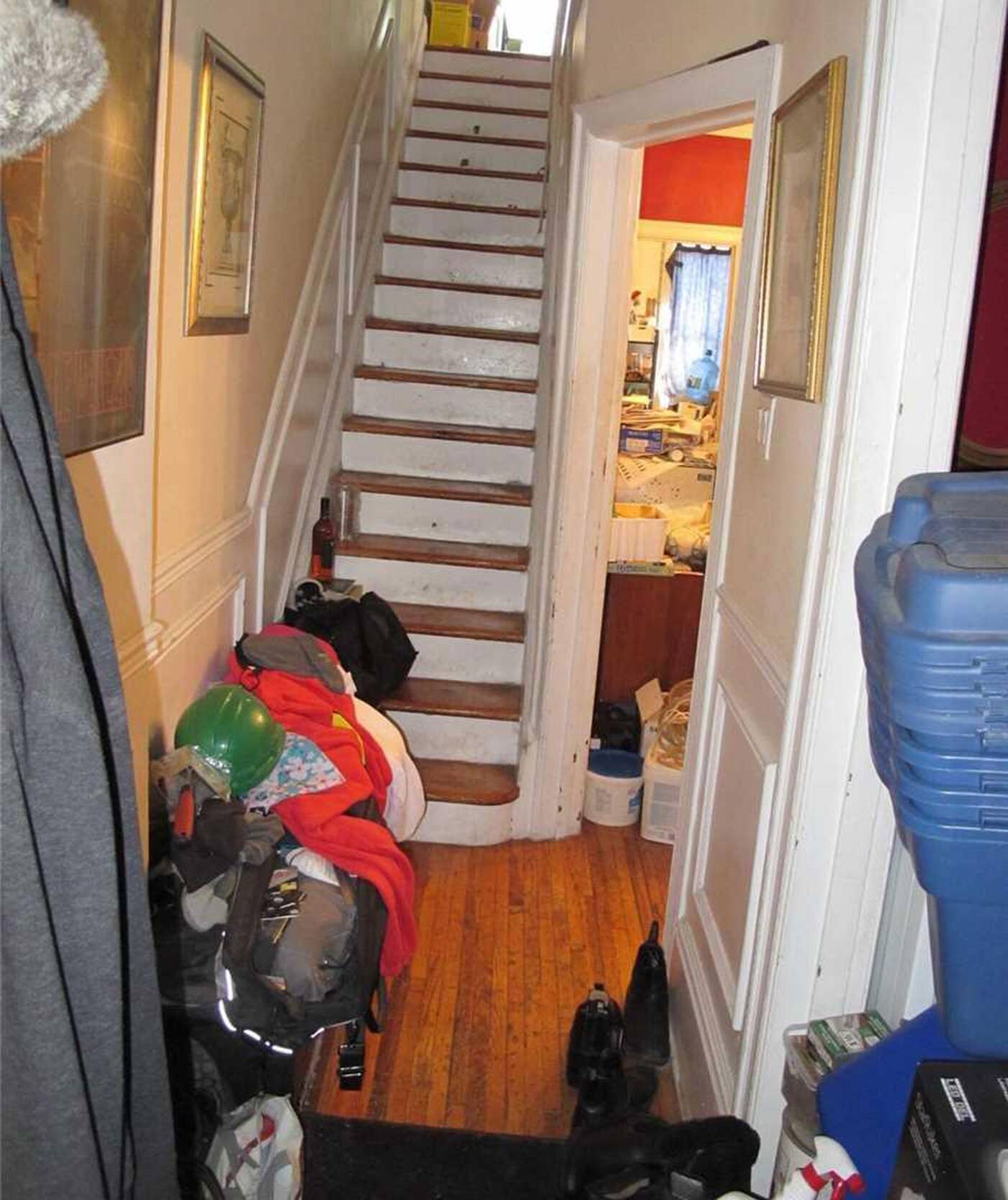 The entryway and staircase.

One of the bathrooms pictured is nothing to write home about, missing most of its tiles and appearing covered in a fine layer of dust or grime. 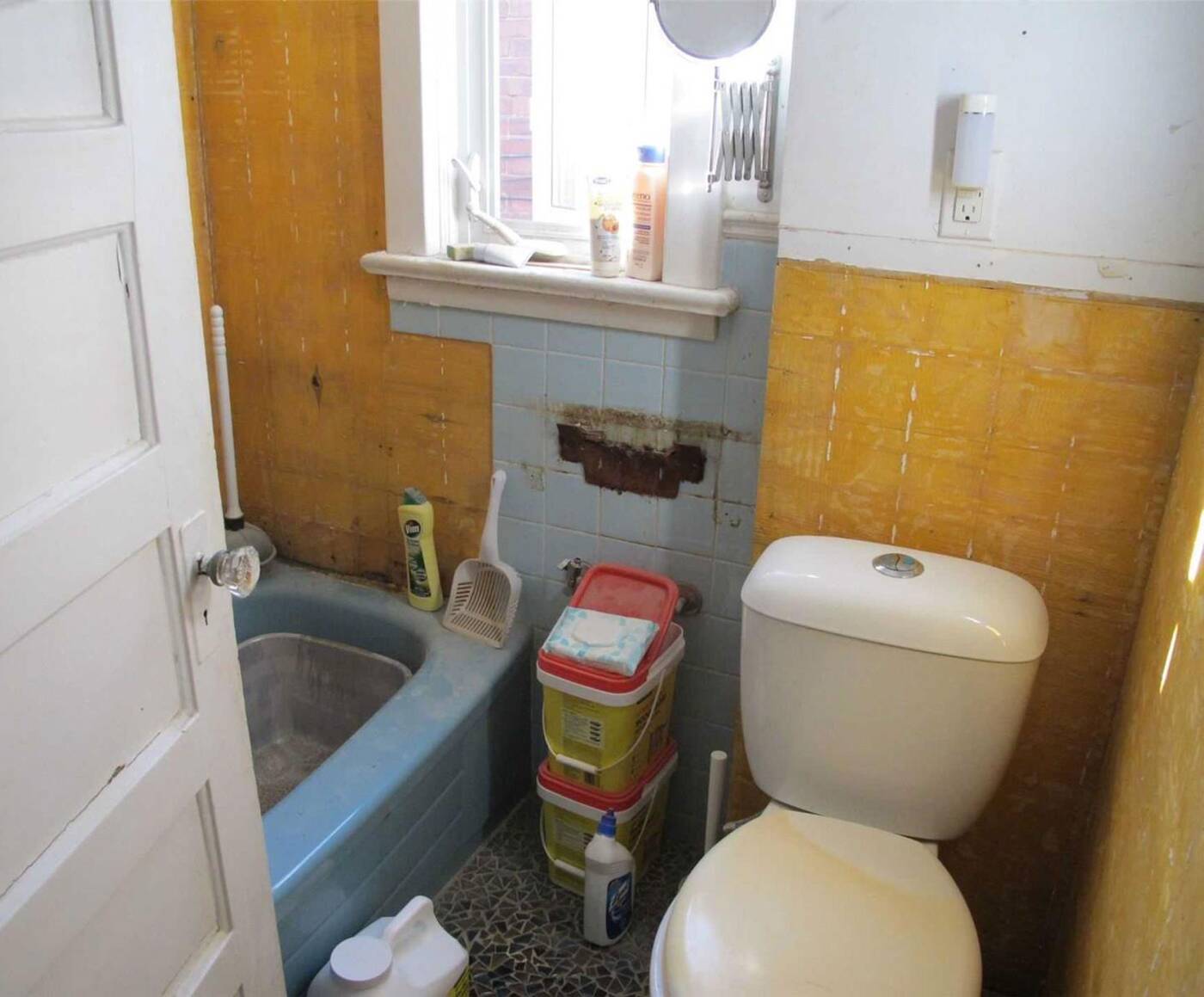 This bathroom will need a complete overhaul.

But my real lingering questions are why have the residents placed a litter box in the bathtub, and why is the plunger at the far edge of the bathtub instead of next to the toilet? These things will keep a writer up at night.

There is another much better-maintained bathroom that seems to be getting more use from the home's two-legged residents. 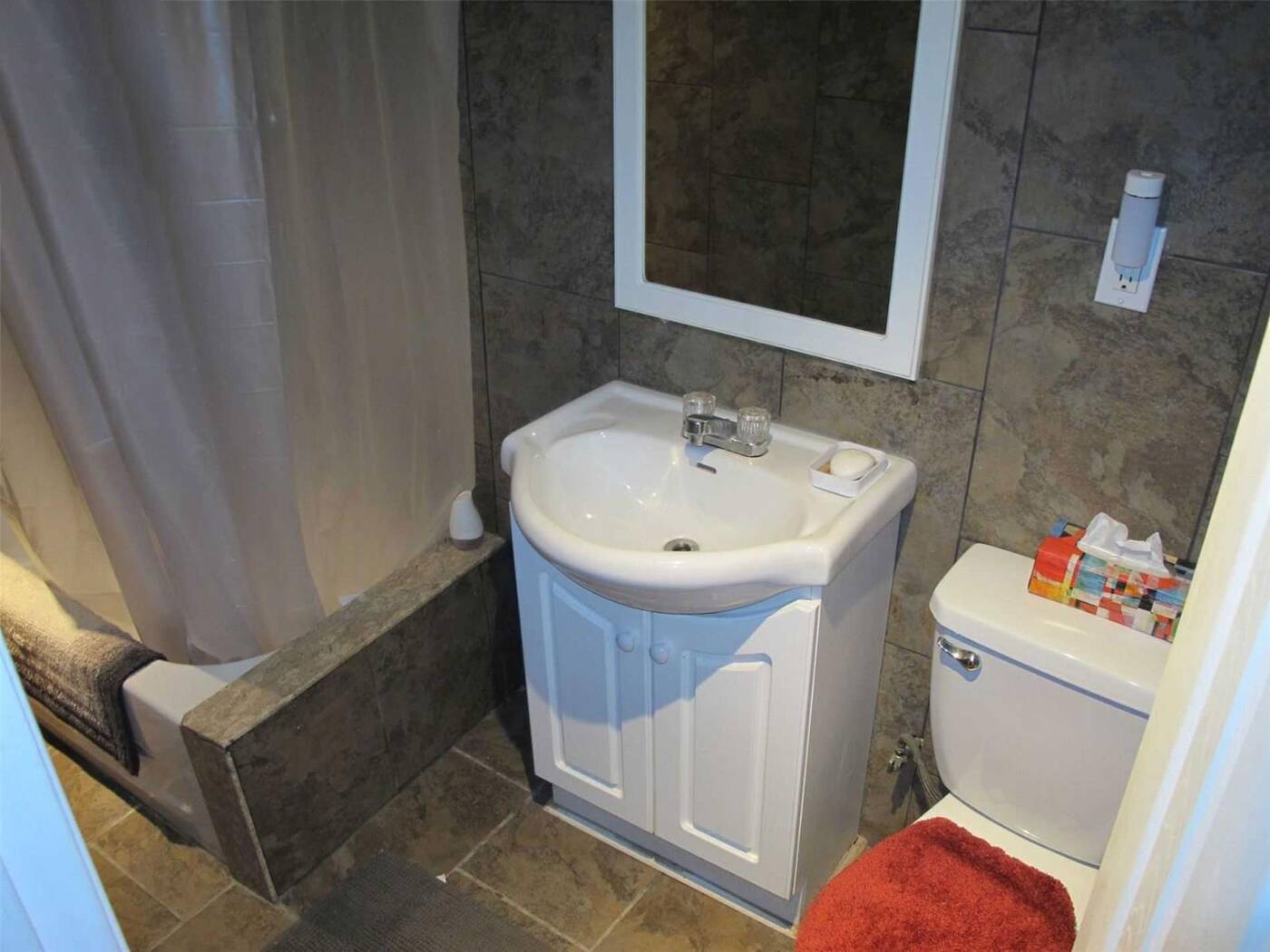 Another bathroom that looks like it's in good condition.

The backyard is also in general disarray, with scattered patio furniture and a desperate need for some pruning and weed control. 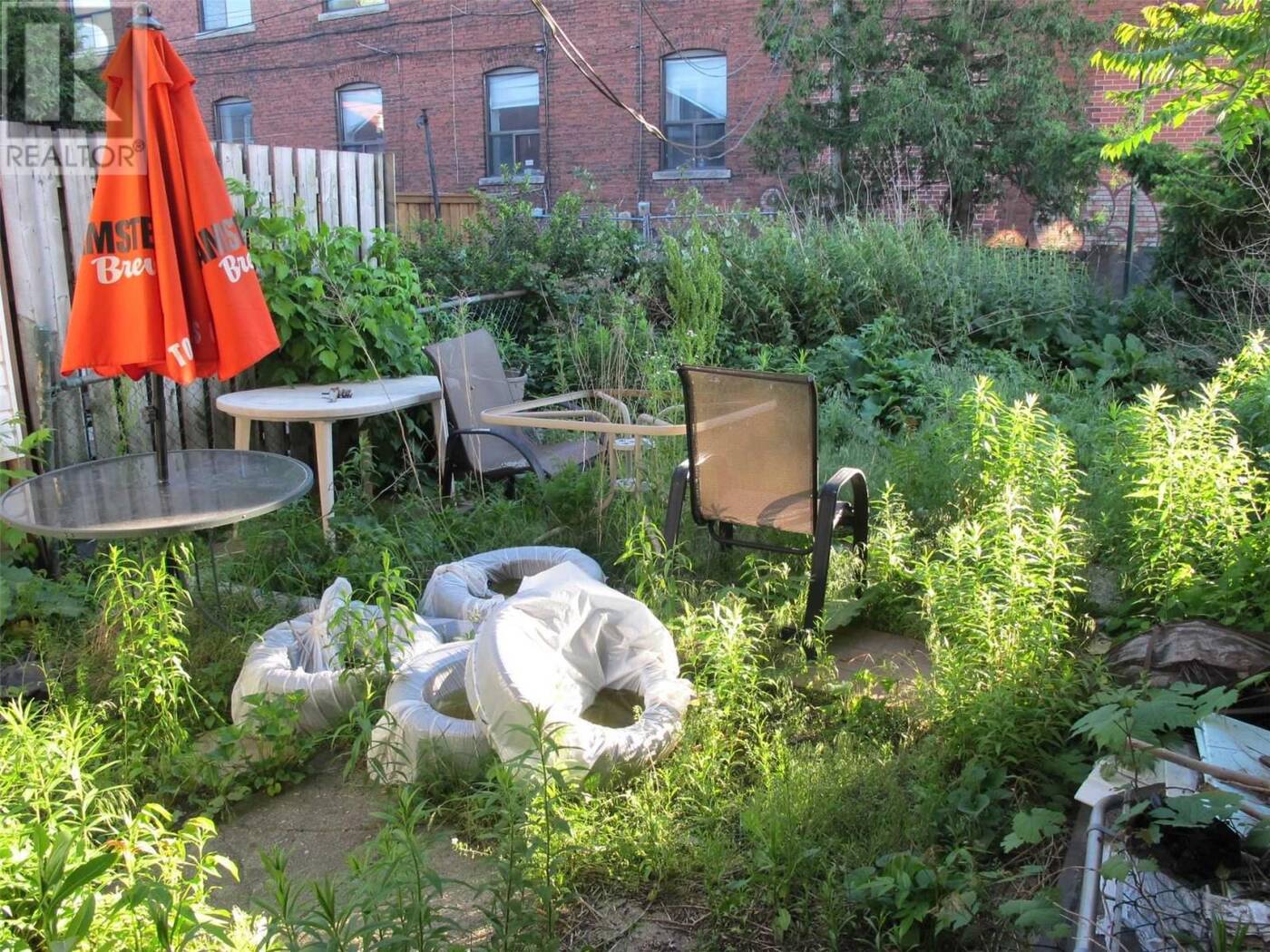 The backyard is a diamond in the rough.

Buyers able to look beyond the surface issues will be pleased to know that the house has had several upgrades since 2009, including a new furnace, electrical, roof, and air conditioning.

The house also comes with extra perks like two fridges, two stoves, a built-in dishwasher, as well as all window coverings, electrical light fixtures, and other appliances.