And while those figures are grim, there's still hope for those who don't make a six-figure salary.

Yes, if you look long enough and hard enough you can find property for under $500,000 in central Toronto. 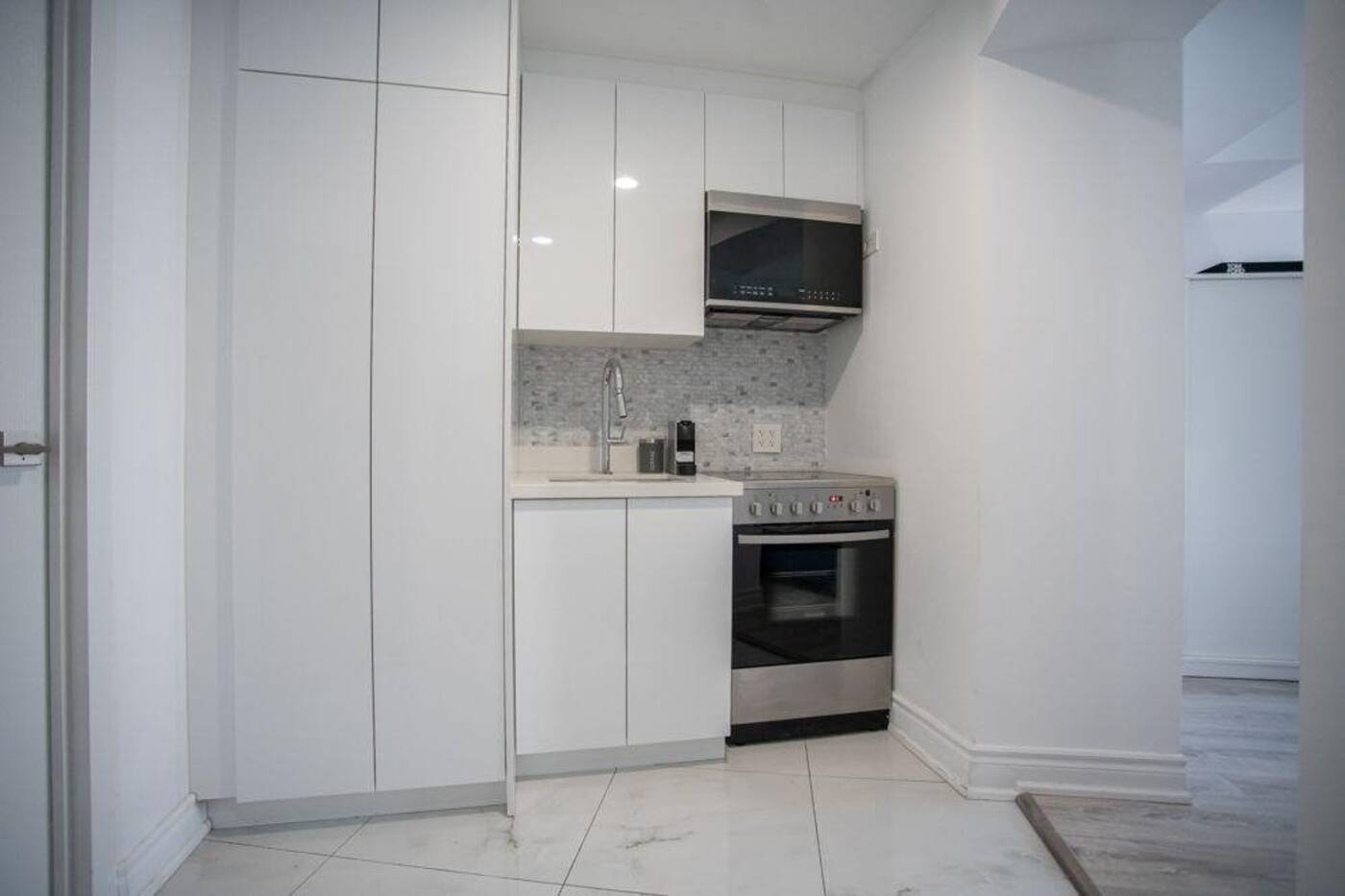 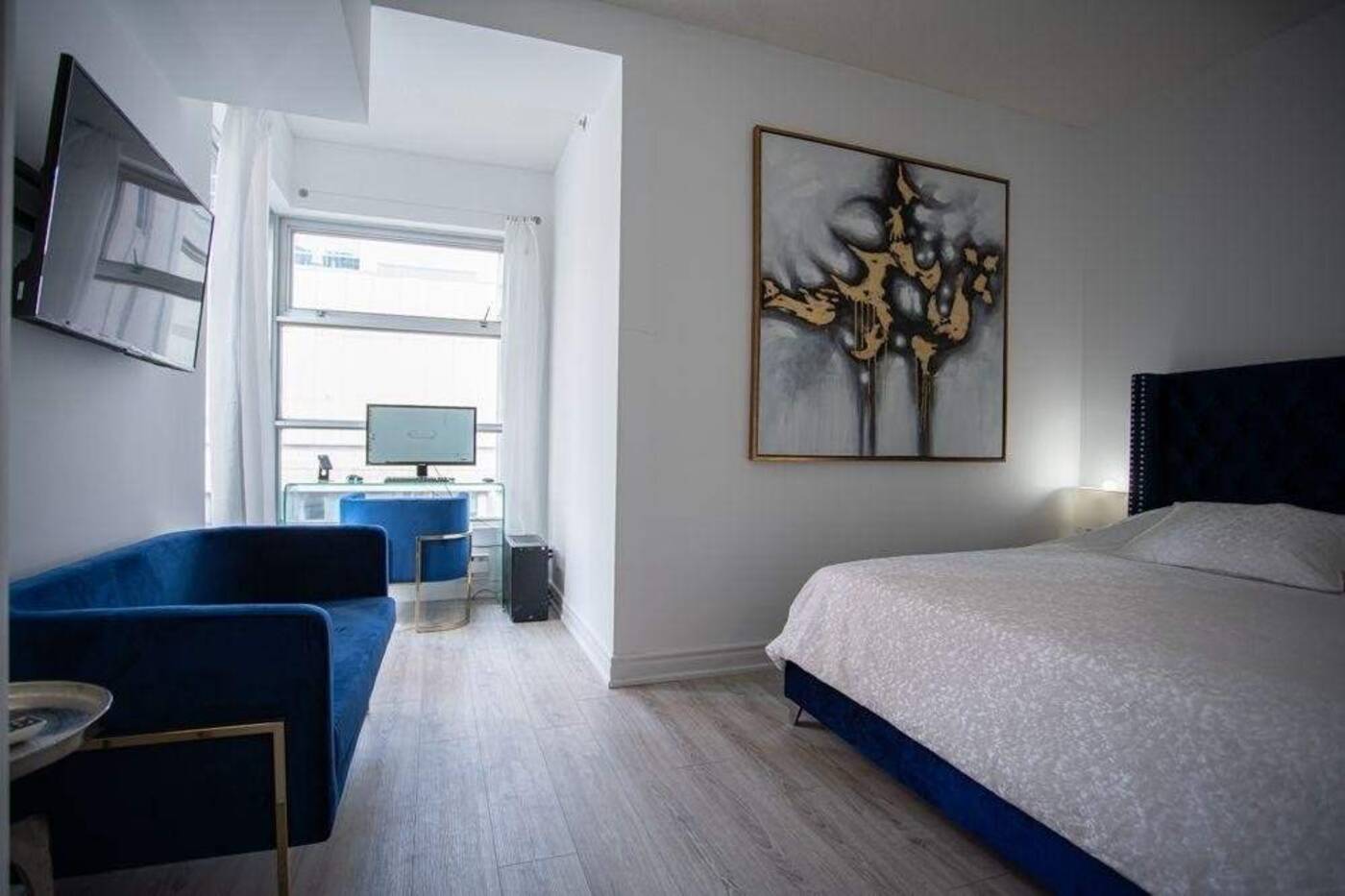 The main living and sleeping area.

It might not be the most spacious condo in the city, coming in at only 406 square feet of total living space, but it has everything a single person in the city could need. 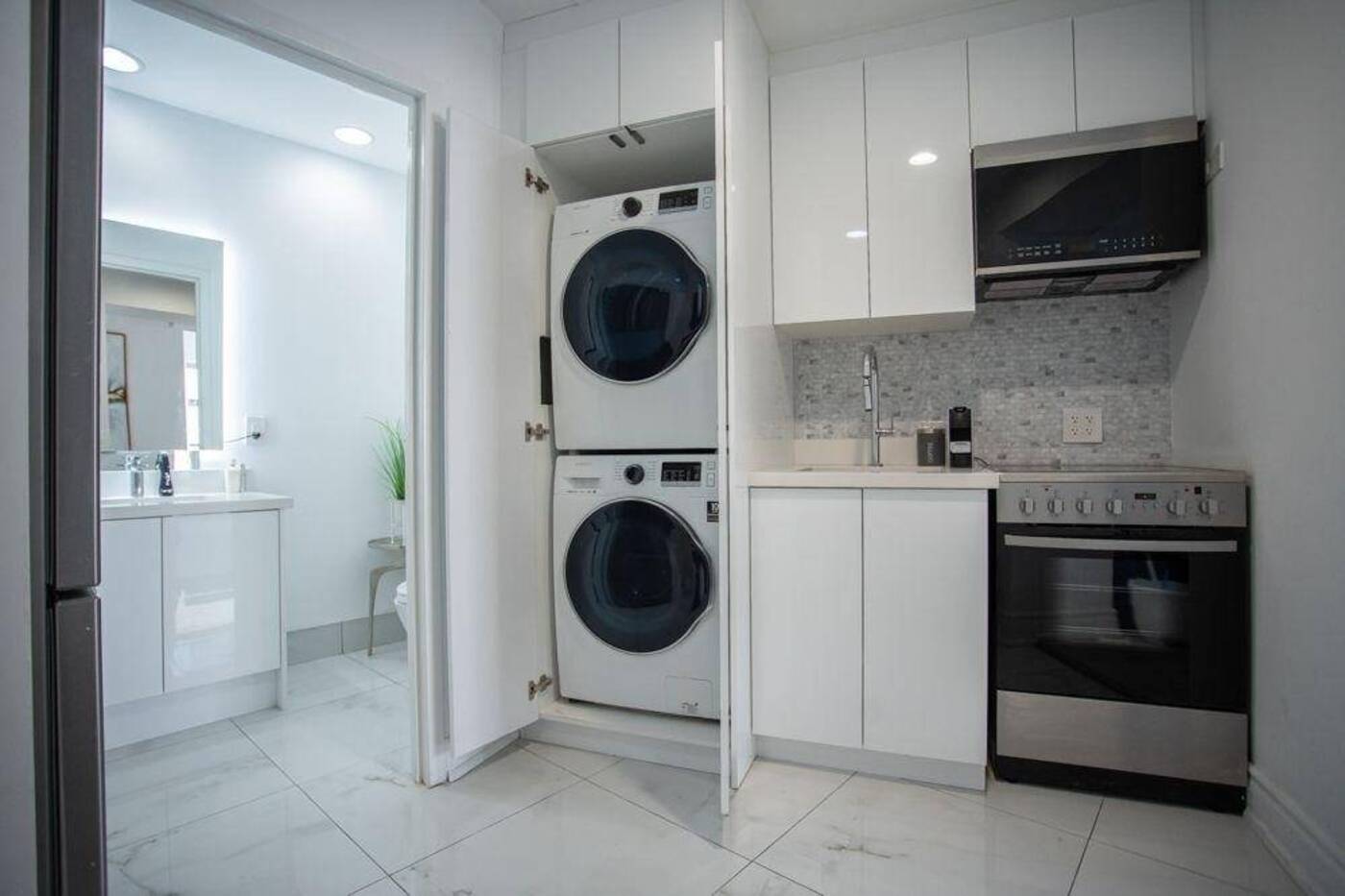 The in-unit washer and dryer in the kitchen.

It has a full kitchenette, tall 10-foot ceilings and even an in-unit washer and dryer, which is more than can be said about a lot of Toronto apartments. 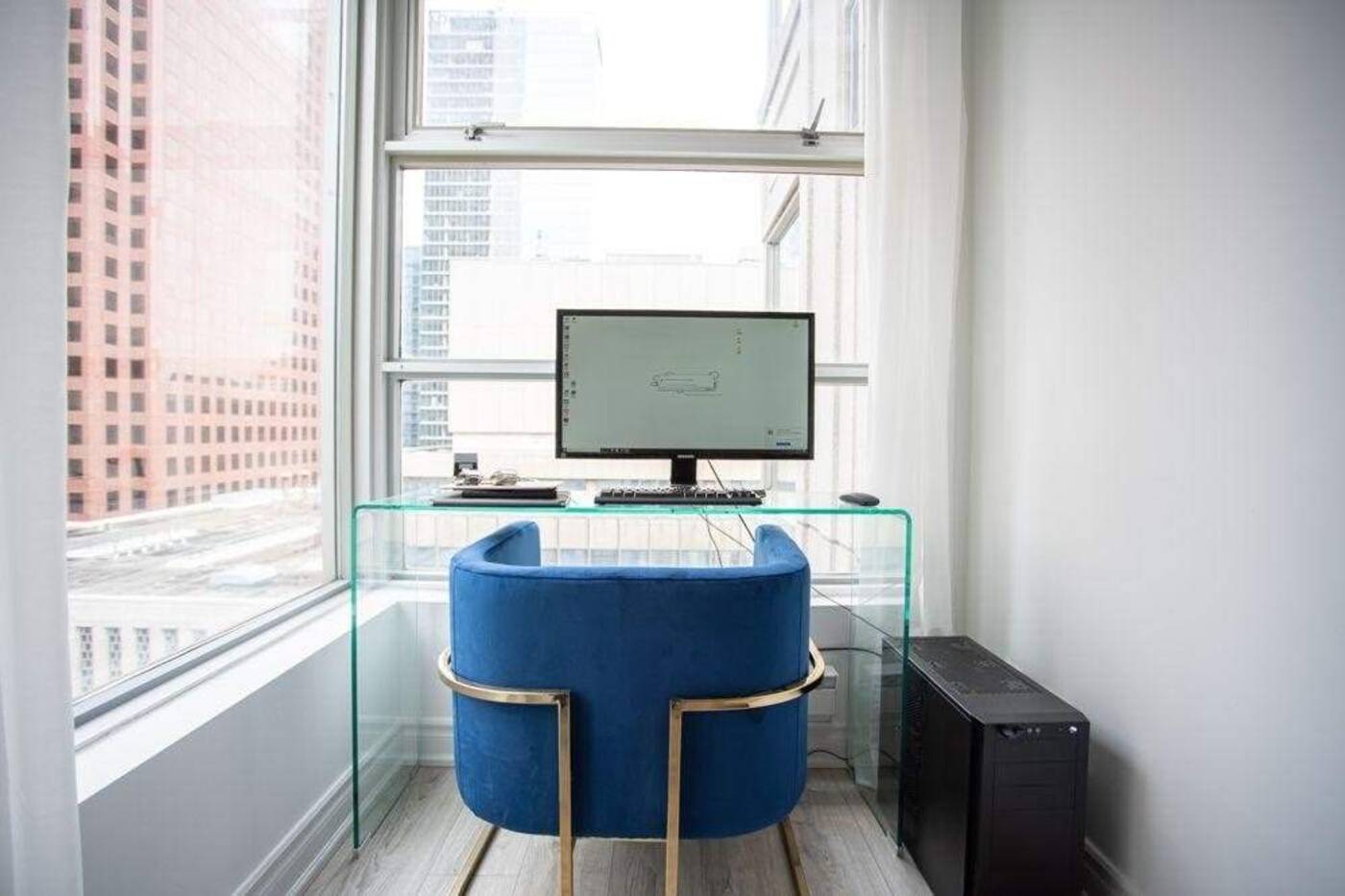 The condo is sleek and modern, making good use of the limited space available. Plus, it's in a great location, close to the TTC and minutes to the Financial District. 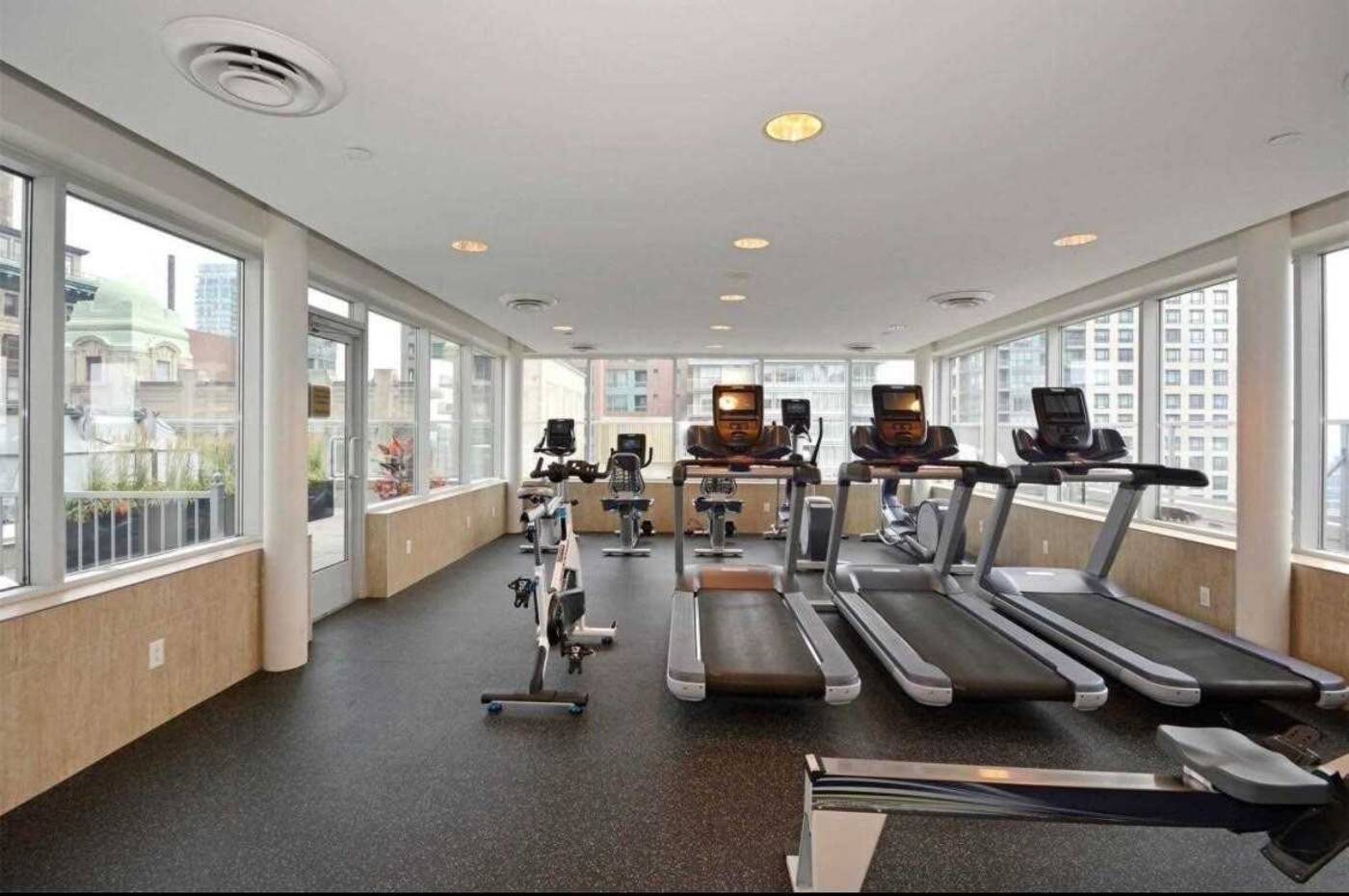 The gym in the building.

Furthermore, since 1 King Street West is also a hotel, this unit has access to the hotel amenities like the gym, pools, sauna, and hot tub. 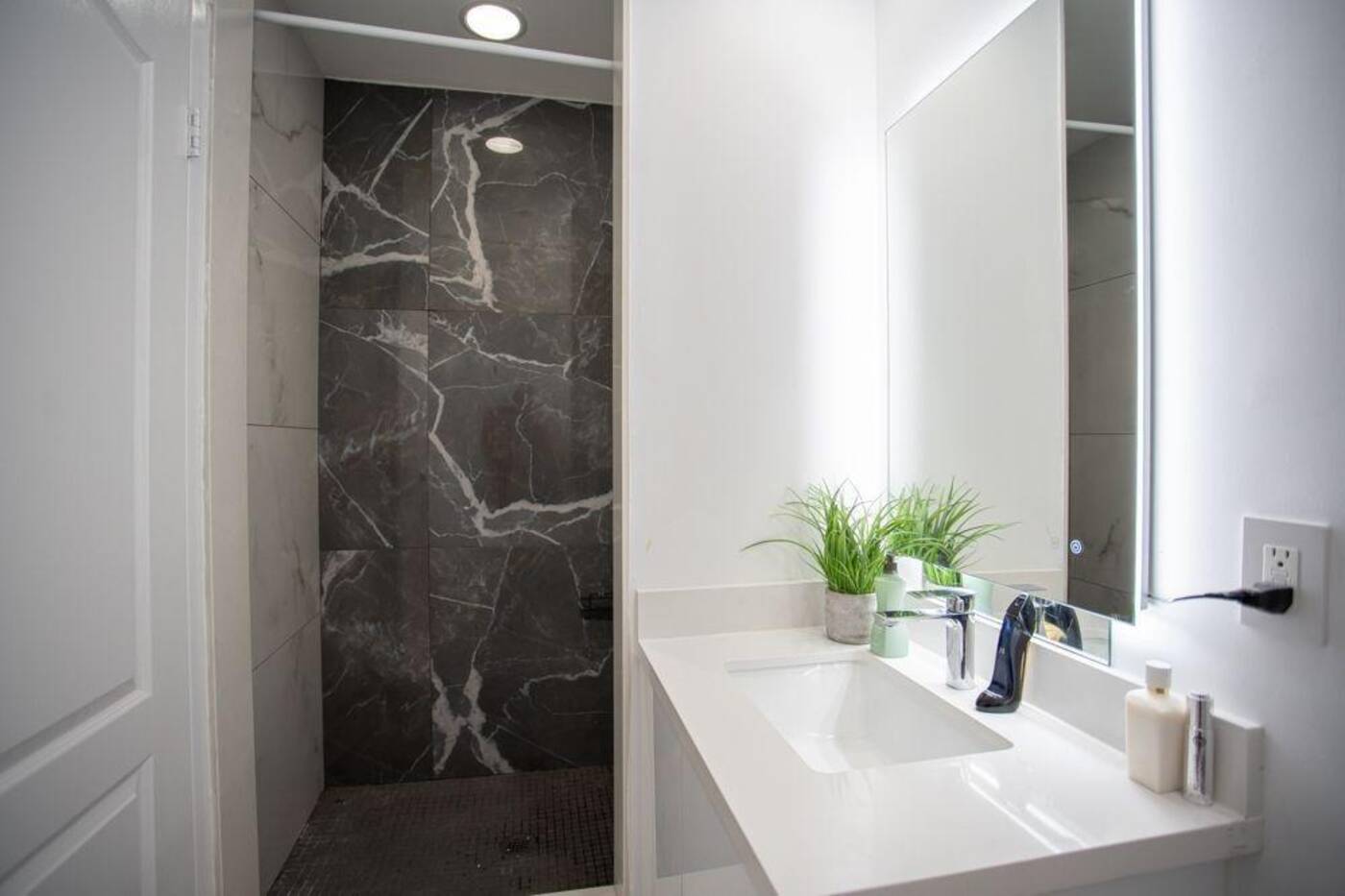 The maintenance fees, which are a reasonable $533.40 a month, cover TV, heat, hydro, water and even internet. 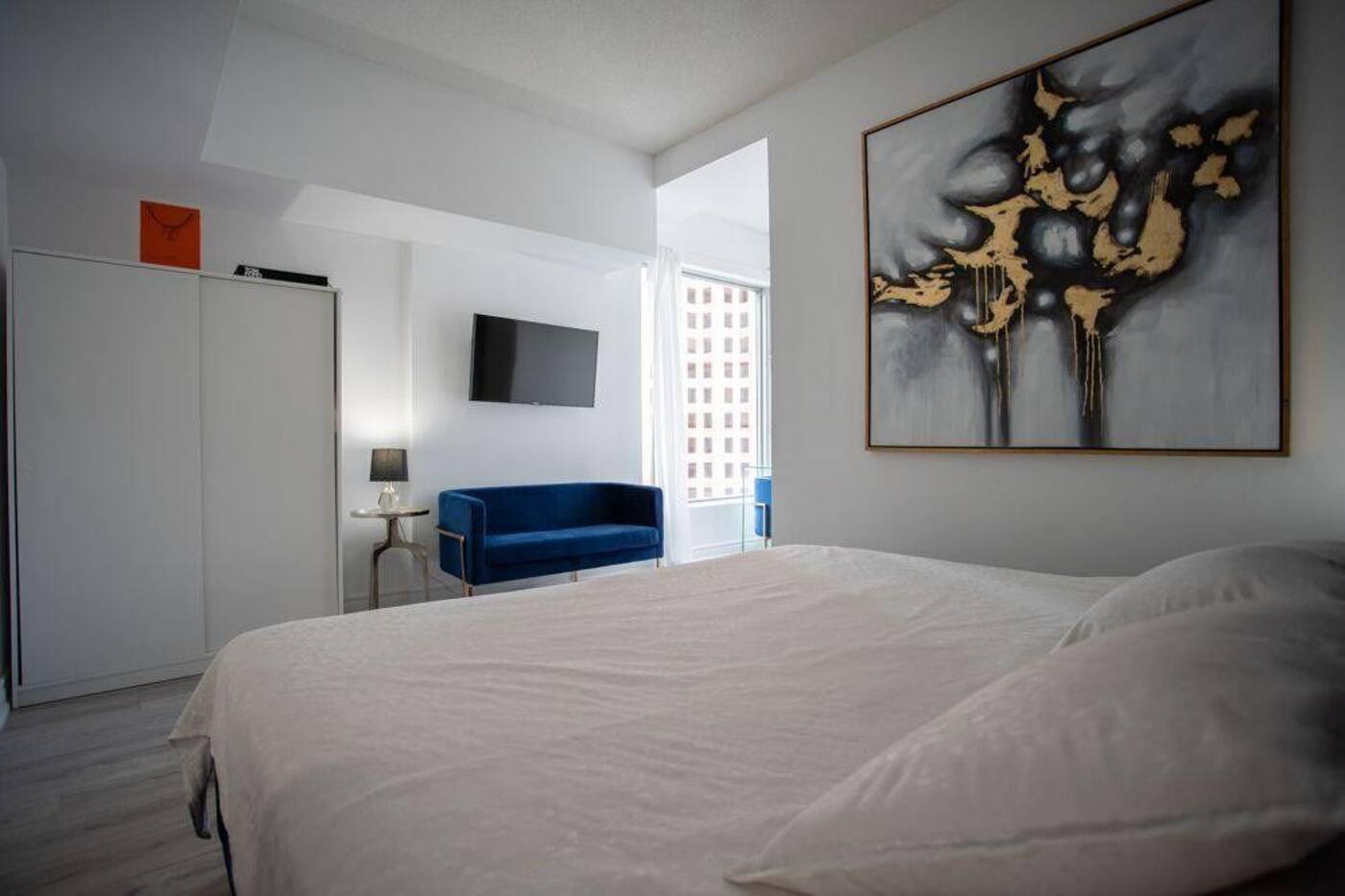 And while this place isn't ideal for entertaining, you can rent out party rooms and throw a major bash like Roxy Earle of the "Real Housewives of Toronto," which was held on the 15th floor.

So while this likely won't be anyone's "forever home," it could definitely be somewhere to call home for a few years and could even become a great rental property.