It came as a shock when it was announced in February that a Hudson's Bay store operating in Toronto for almost five decades would close at the end of May.

The Hudson's Bay location has been a fixture just east of Bloor and Yonge since 1974, and with its end just weeks away, a new planning application is offering a first glimpse at what will replace the hulking concrete monolith.

The Bay is just one component of the larger Hudson's Bay Centre complex at 2 Bloor Street East, and it is just the retail podium containing the department store and smaller retail stores on the concourse level that will be affected by the redevelopment. 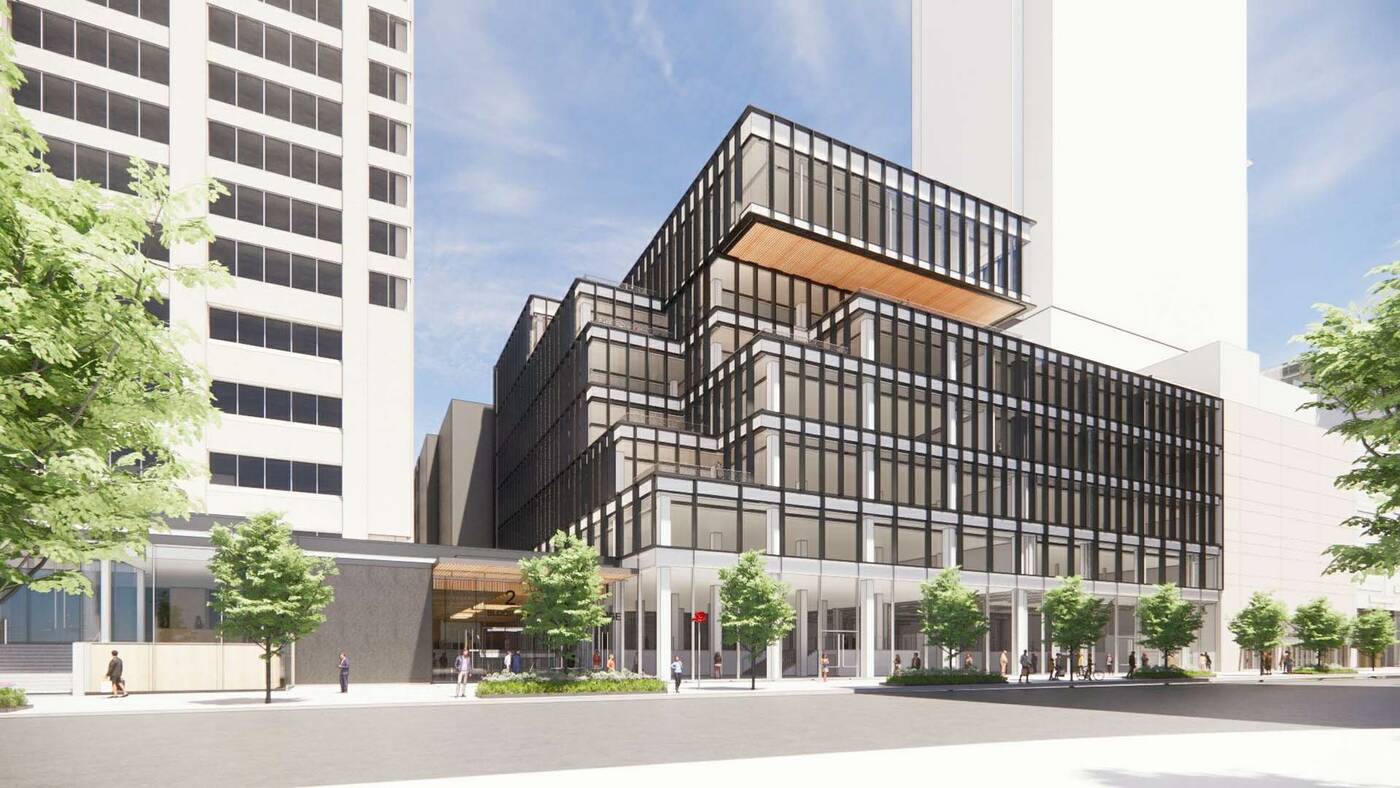 This Brookfield Properties-owned portion of the 2 Bloor commercial building will be extensively renovated and redesigned — with no indication that a full demolition is in the cards — with a modern look from KPMB Architects that will eliminate the overwhelming Brutalist presence that looms over Bloor today. 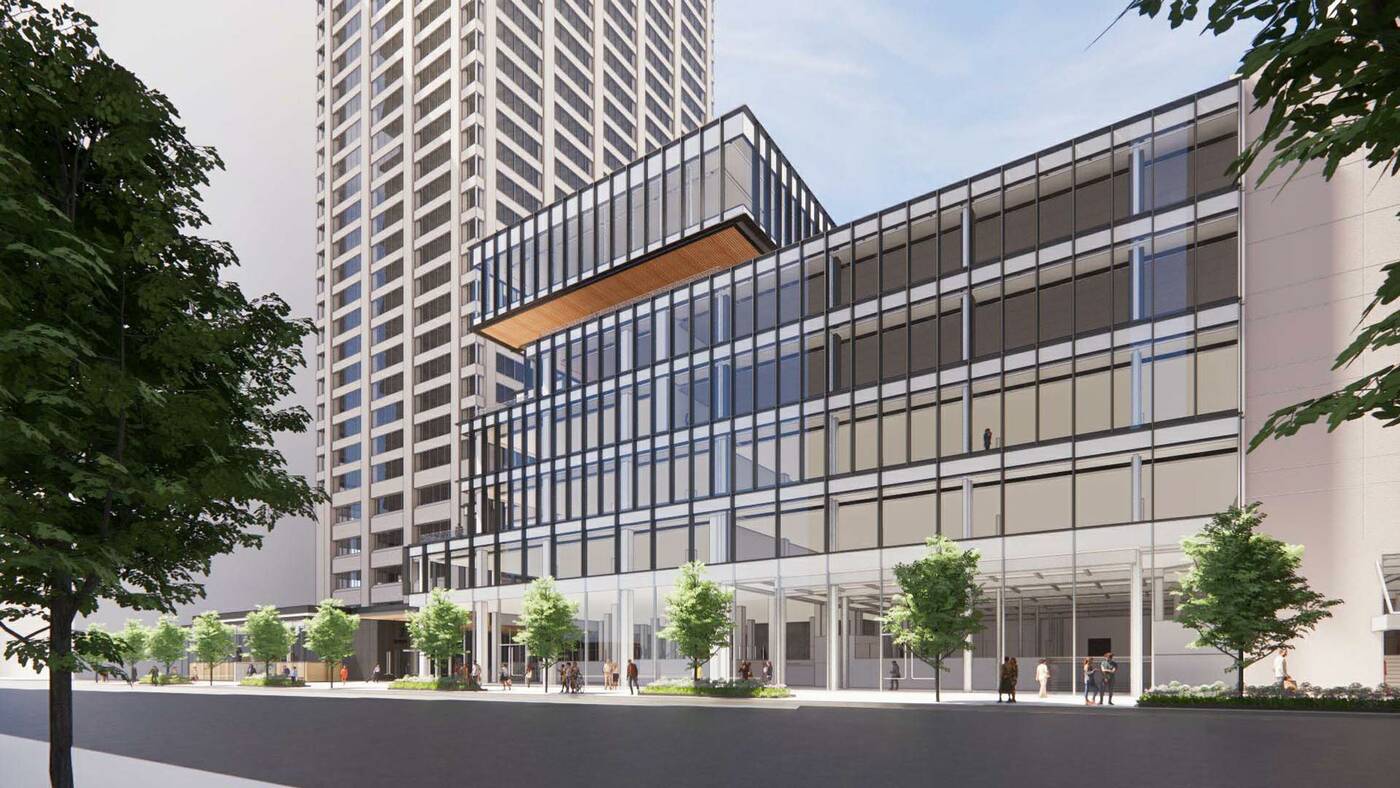 While it isn't explicitly stated that The Bay will return to the renovated complex, plans call for "updated flagship retail space at grade and on the concourse level" along with new office space above.

The plan would see internal mechanical and electrical services relocated from level 6 down to floors 4 and 5, while an existing atrium and retail spaces at the south end of the concourse level would be removed for sidewalk access above, opening up space for modifications above without increasing the overall floor area of the complex. 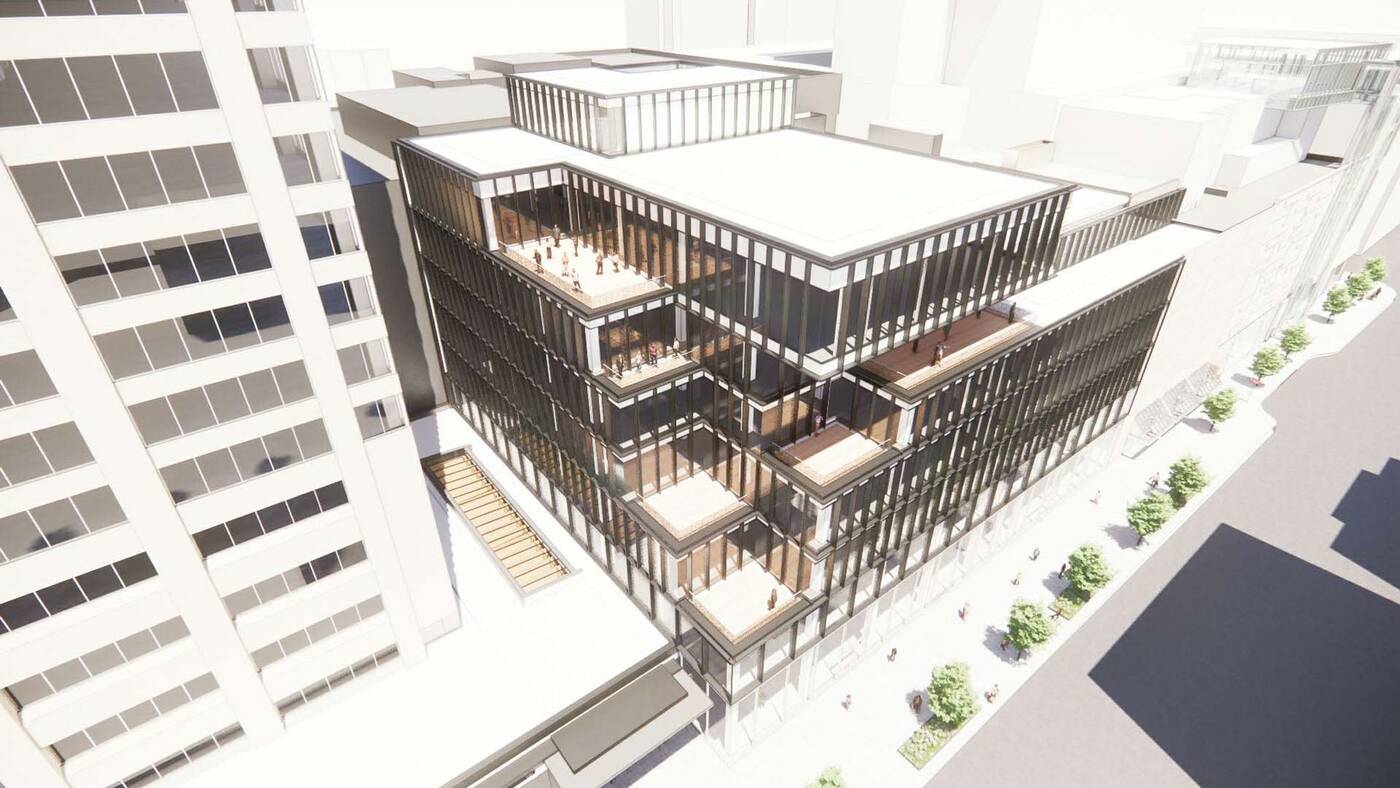 But this renovation and redesign is only the first step in what planning documents describe as "a larger vision for various other improvements across the block, including facade improvements to the Bloor and Yonge frontages of the 2 Bloor Street East office building."

That last part about the facade upgrades, though buried deep in the plans, is a pretty huge acknowledgement from Brookfield Properties that there will be further revisions to the complex's oft-criticized concrete exterior, specifically the base of the tower anchoring the northeast corner of Yonge and Bloor.

Such changes might not be too much further down the road, either, as facade improvements as described have been deemed by City Planning as not subject to the current application and can be addressed at the building permit stage.