Toronto's office market has suffered immensely since the first lockdowns hit in 2020, but even with the city's office vacancy rate still soaring in the vicinity of 15 per cent, there have been some signs of life.

Many offices in the city remain shuttered or at reduced staffing levels, but that isn't stopping developer Allied Properties REIT from pushing forward with a plan to build a new office tower at the northwest corner of King and Spadina.

An April development application seeks permits to bring a 23-storey tower with a height of almost 90 metres to 460 through 468 King Street West and 78 Spadina Avenue, the plan featuring a warehouse-inspired design from New York City-based Morris Adjmi Architects. 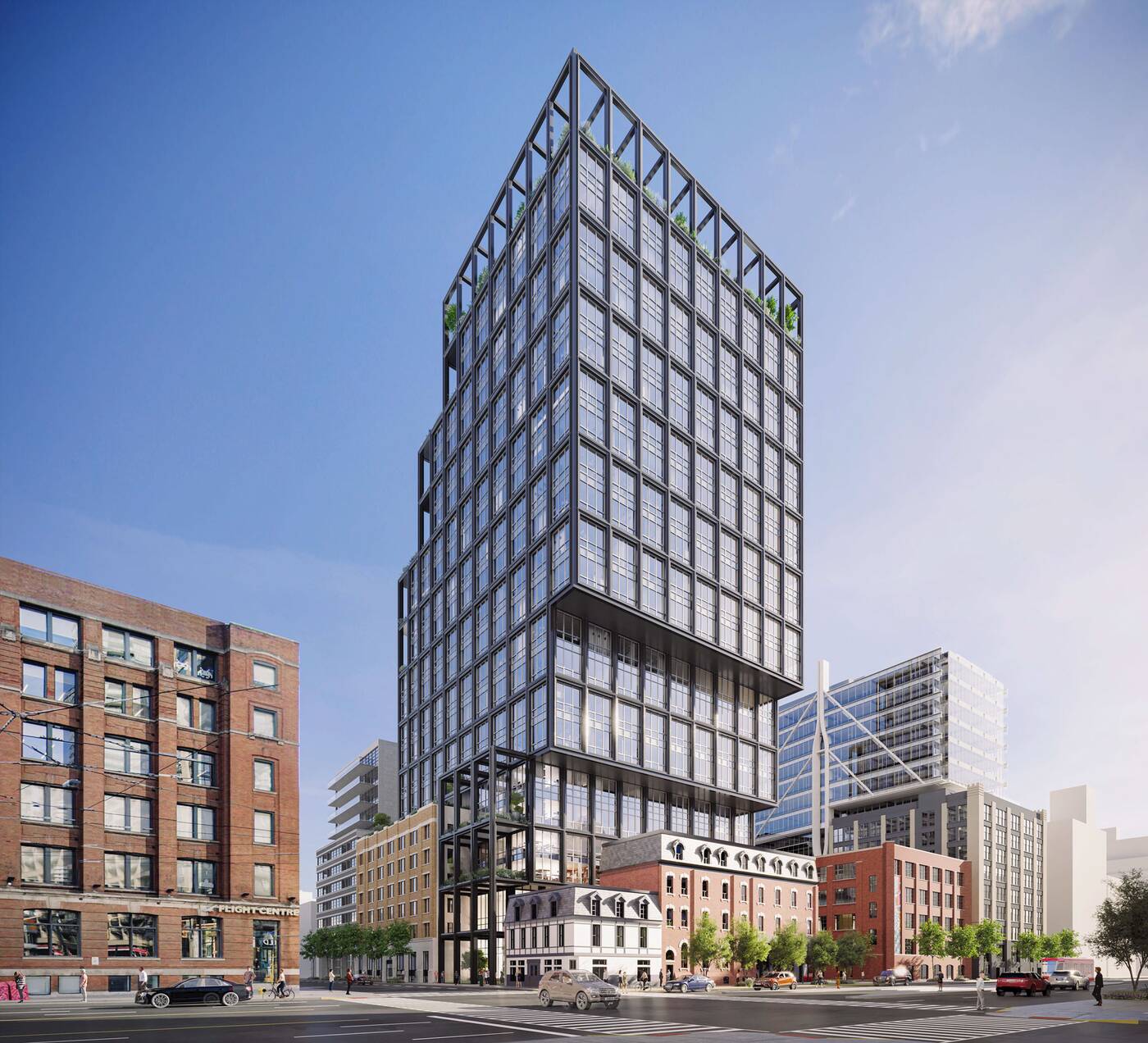 Plans call for the retention of heritage-listed buildings on site, with a new tower above. The buildings at the corner of King and Spadina are to be retained in their entirety, along with an exterior facade of the heritage-listed heritage property 468 King Street West.

The tower design is almost reminiscent of a Tetris block, a rectangle with mirrored cutaways at the base of the tower's east facade and upper levels of its west facade.

This design creates a cantilever over the heritage components at the corner of King and Spadina, as well as terraces for office tenants at the top of the tower. 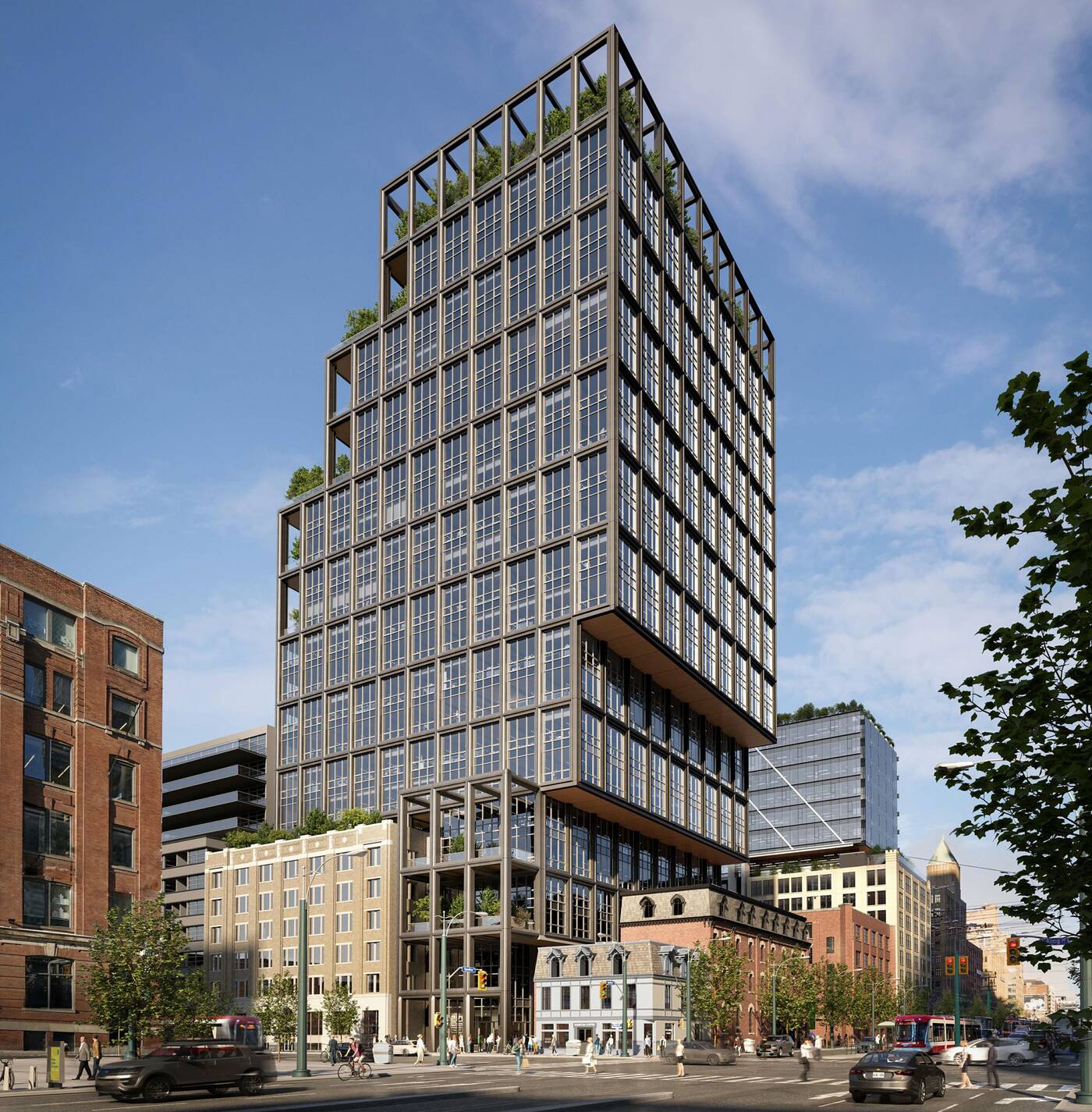 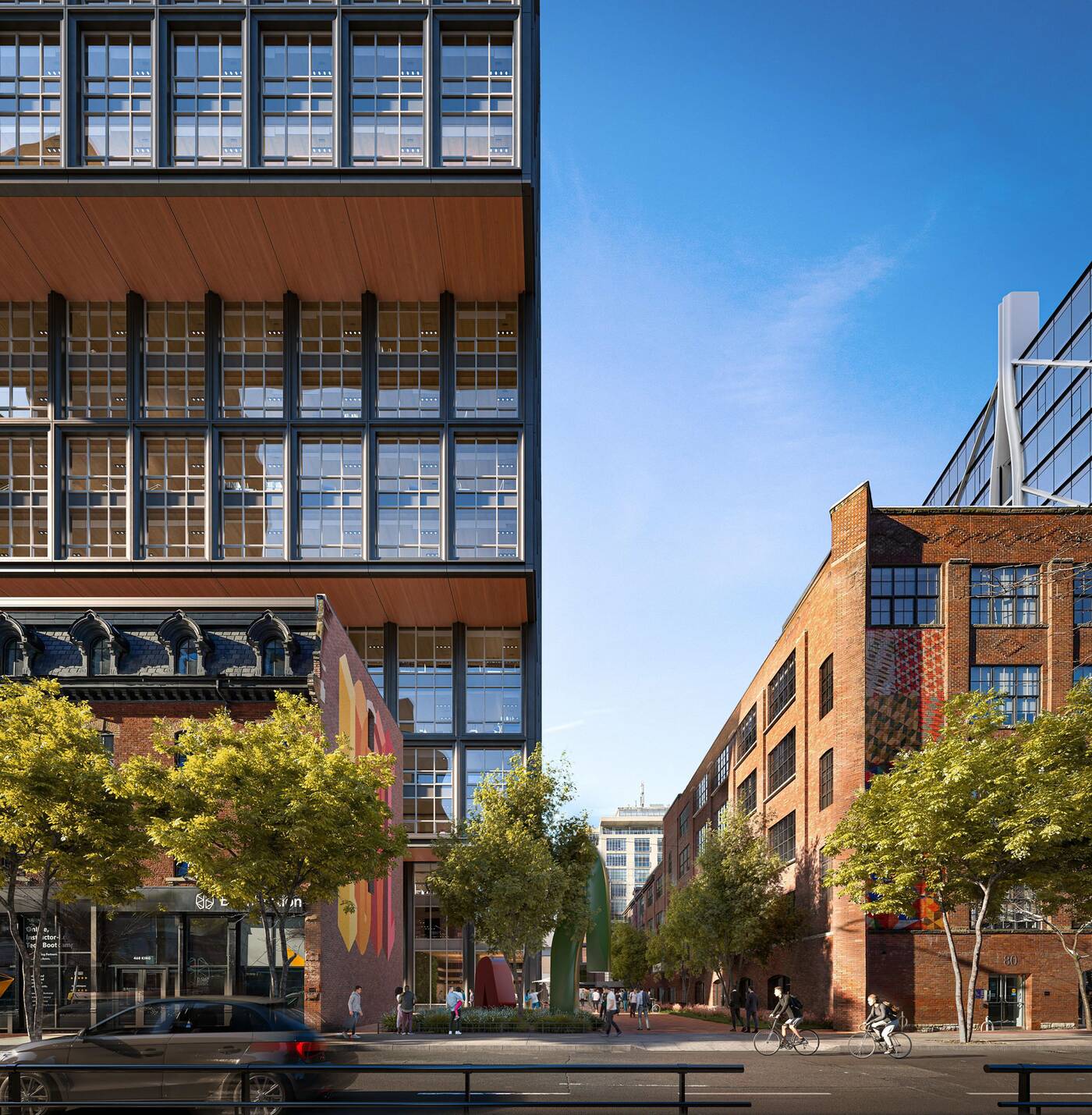 The site includes an existing parking lot, part of a pedestrian shortcut linking north and west from King Street. While the parking lot would be lost to the redevelopment, its pedestrian use would be preserved via a new mid-block connection between the heritage frontage and the tower base.

Renderings of this connection show that it will be lined with patio space, functioning as an extension of King Street West's pedestrian and dining scene. 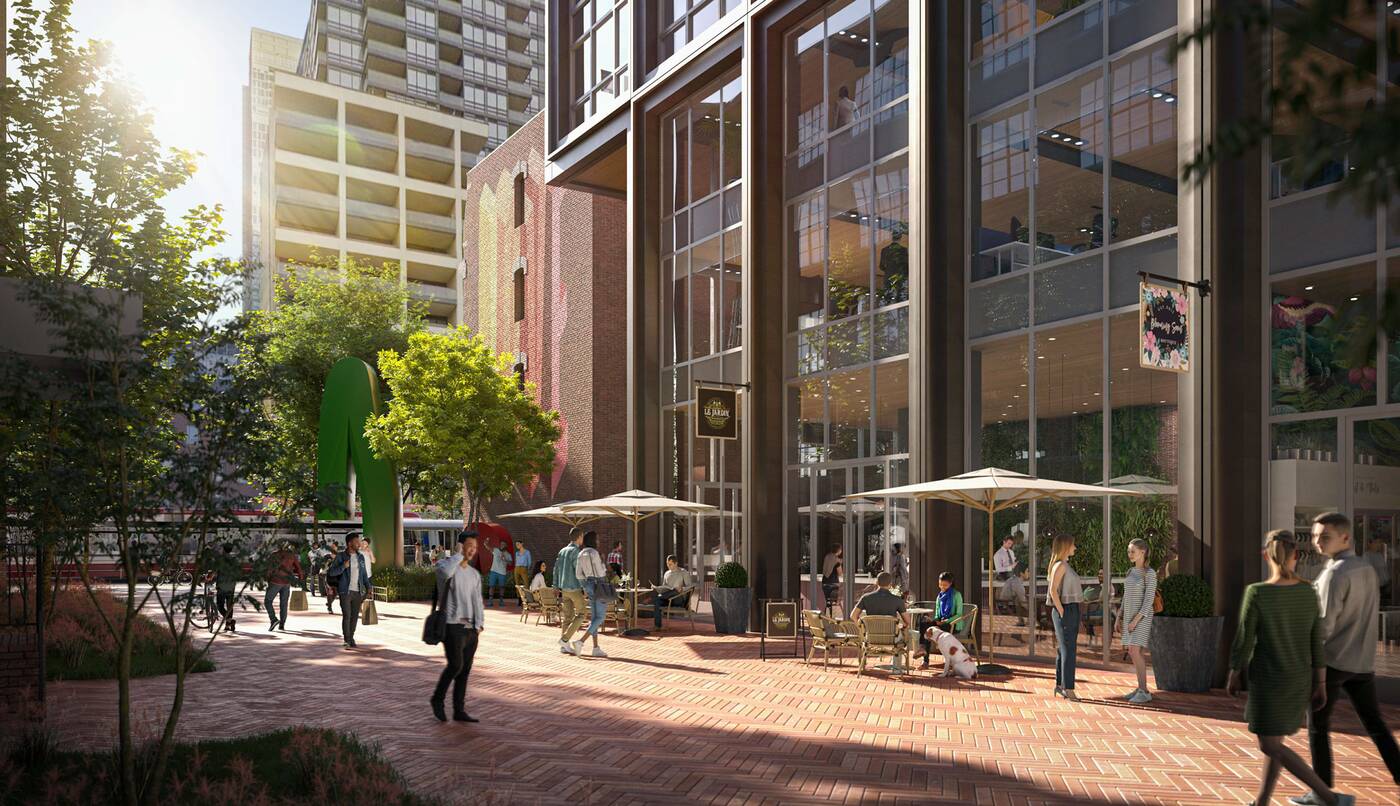 It may seem like a hefty density increase for the site, but the blocks to the west will soon be built out with many similarly-tall buildings currently in the planning, approvals, and even construction stages.