The 1970s were a wild era for architecture in Toronto, bearing the city its two tallest structures to date and a whole lot of weird-looking designs from a transitional period between late modernism and postmodernism.

You probably know the heavyweights from this era like the aforementioned CN Tower and First Canadian Place, but there are some unique, lesser-known landmarks out there. Like this condo complex in the Avenue and Lawrence area that takes the "one with nature" approach seriously.

Known as Bedford Glen Condos, the two-building complex at 1555 Avenue Road, a block north of Lawrence, was built in 1976 in a style from architects Annau Associates that really couldn't have been designed in any other era. 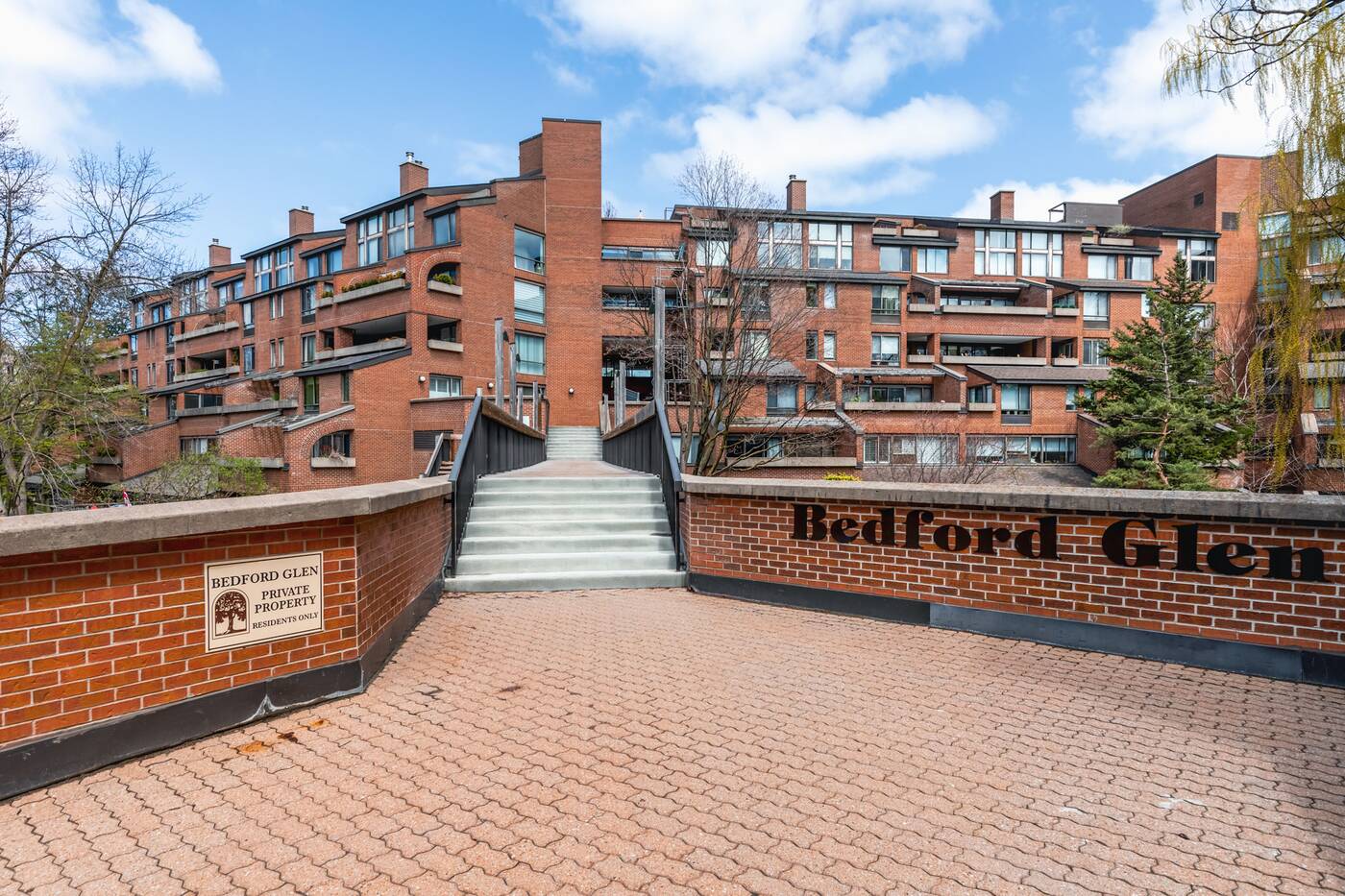 Its quirky brick form is replete with arches that frame balconies, while pitched roofs finished in shingles and tall brick chimneys play on the style of architecture typical to single-family homes of that era. 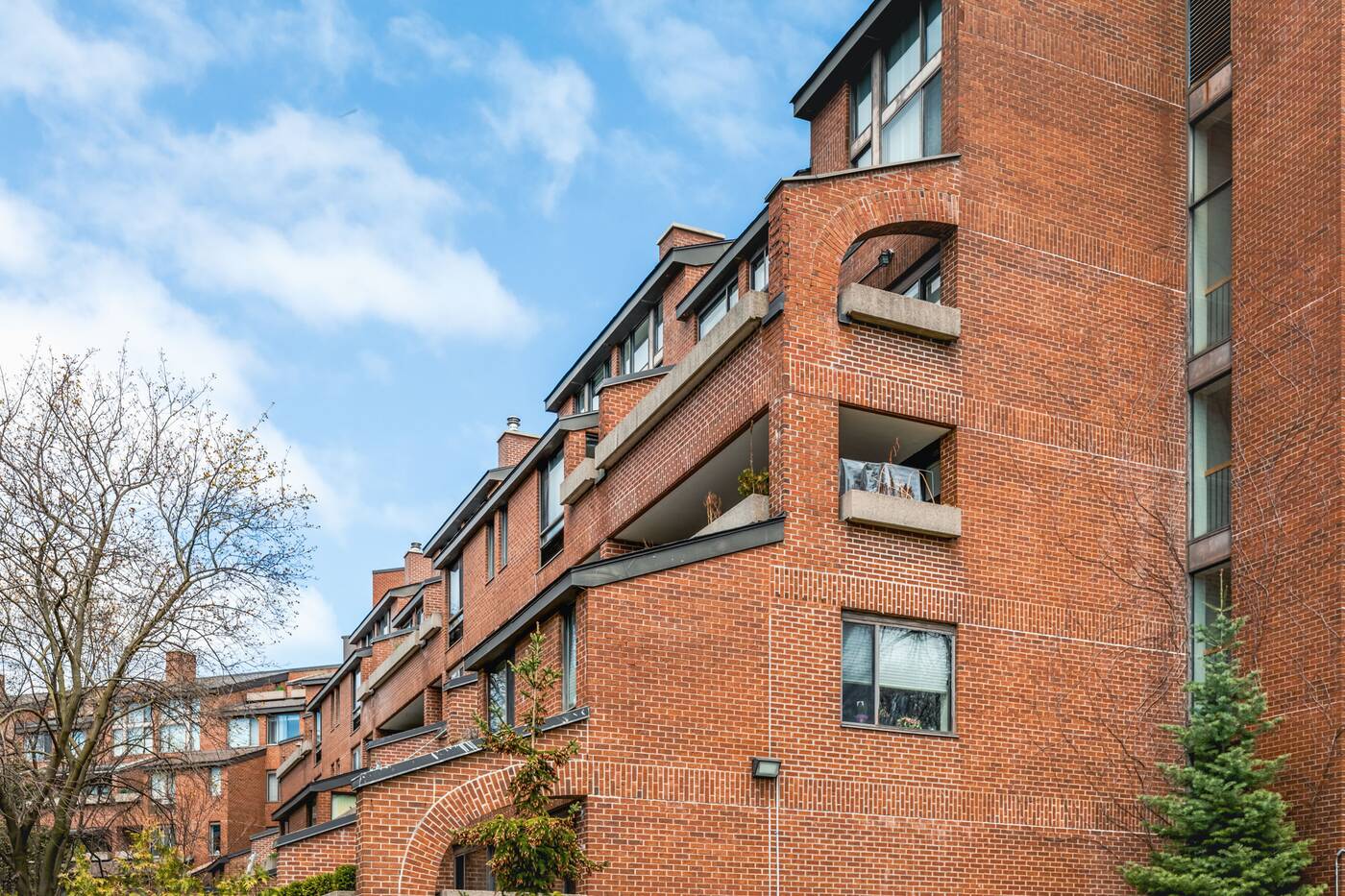 But it's the complex's connection with the outdoors that really takes things to another level, giving residents of these condos a little slice of private paradise only minutes south of the noise and exhaust fumes of Highway 401.

And I do mean private — non-residents perusing the grounds will be given the boot. 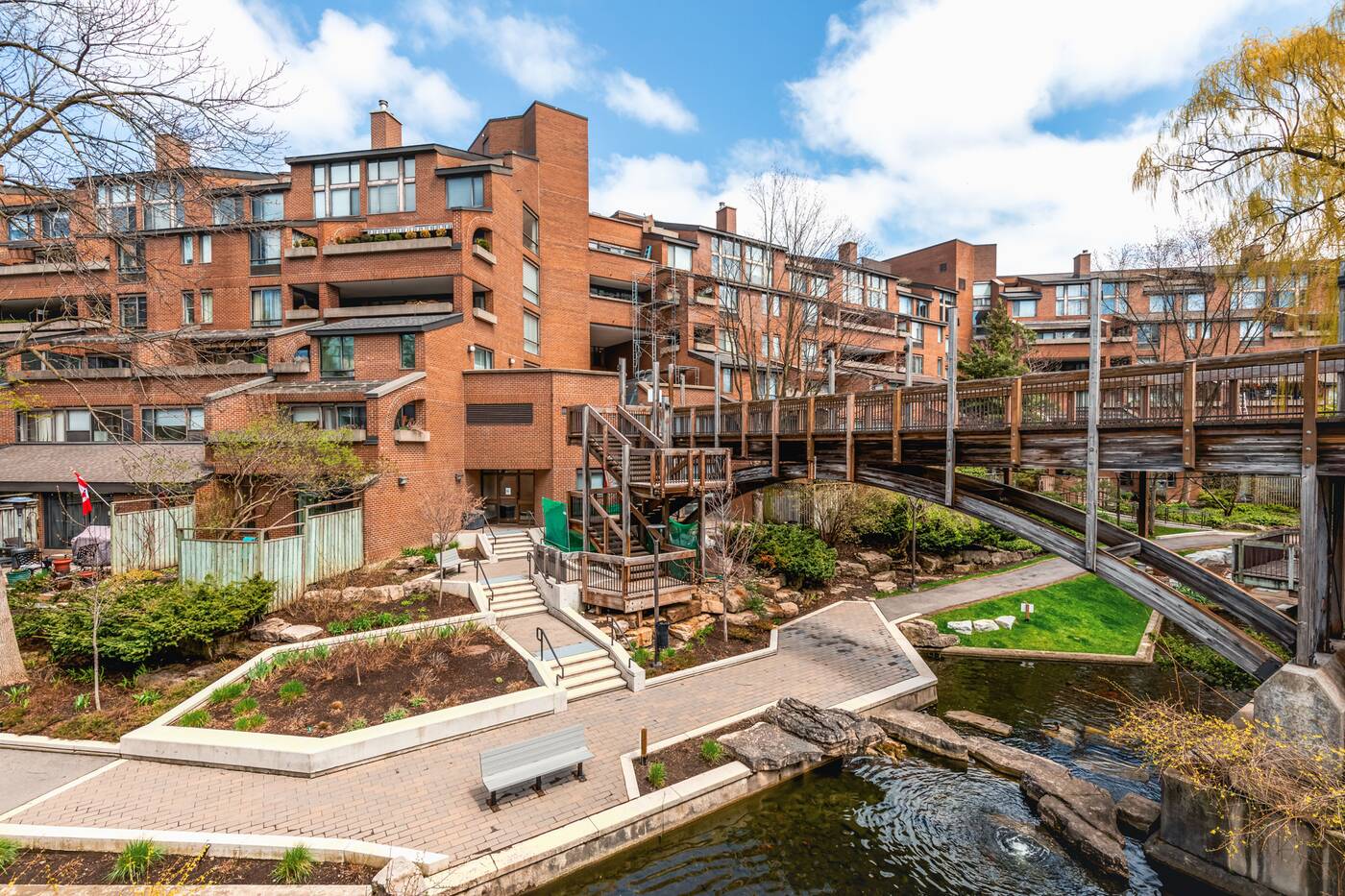 Imagine coming home every day (or just never leaving because it's the 2020s) to a spectacular wooden arch bridge crossing over a pathway following the path of a buried creek, lined with lush greenery, including massive willow trees. 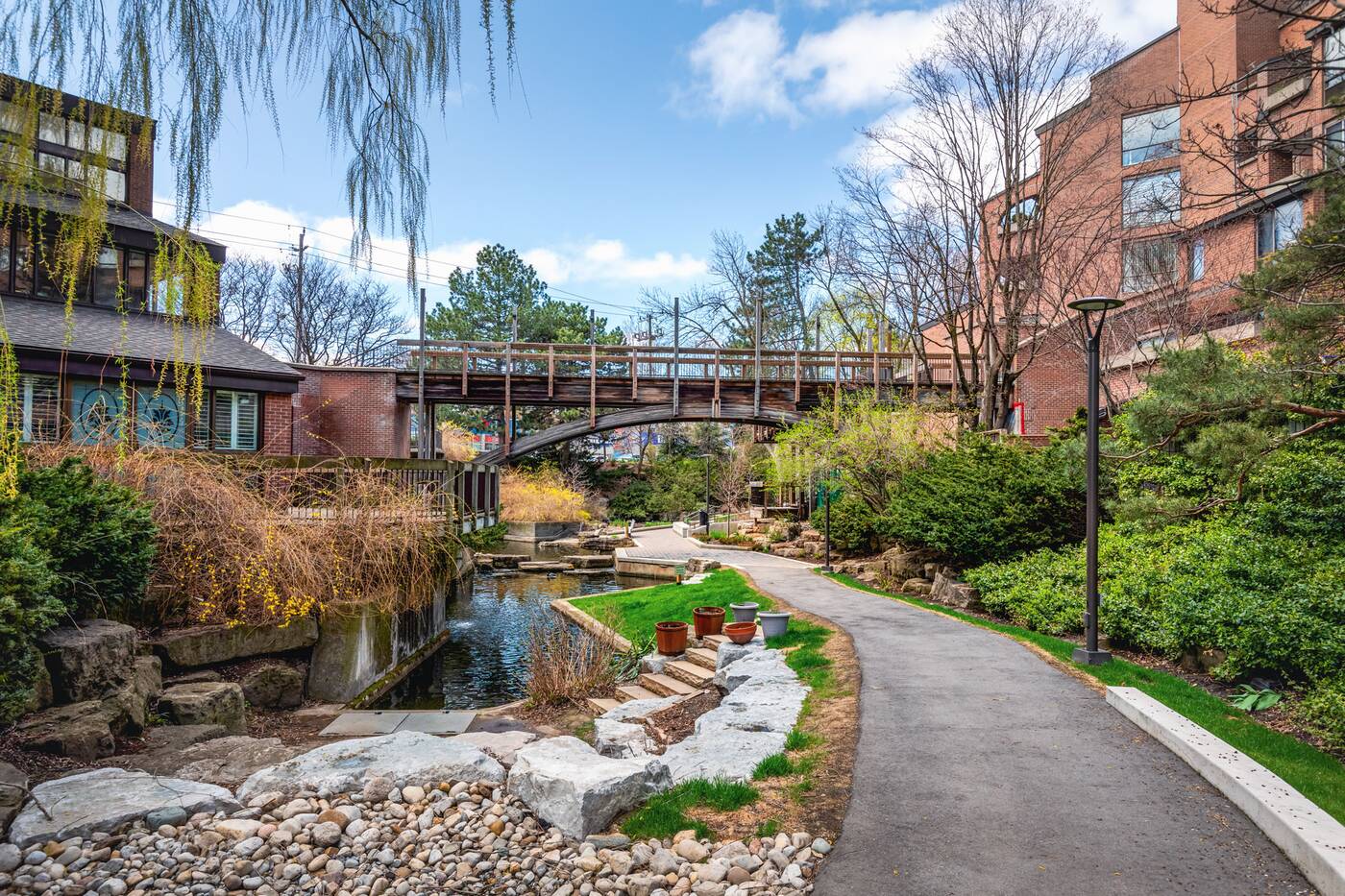 If that wasn't enough, there's even a freaking waterfall emptying into a pond full of fish. 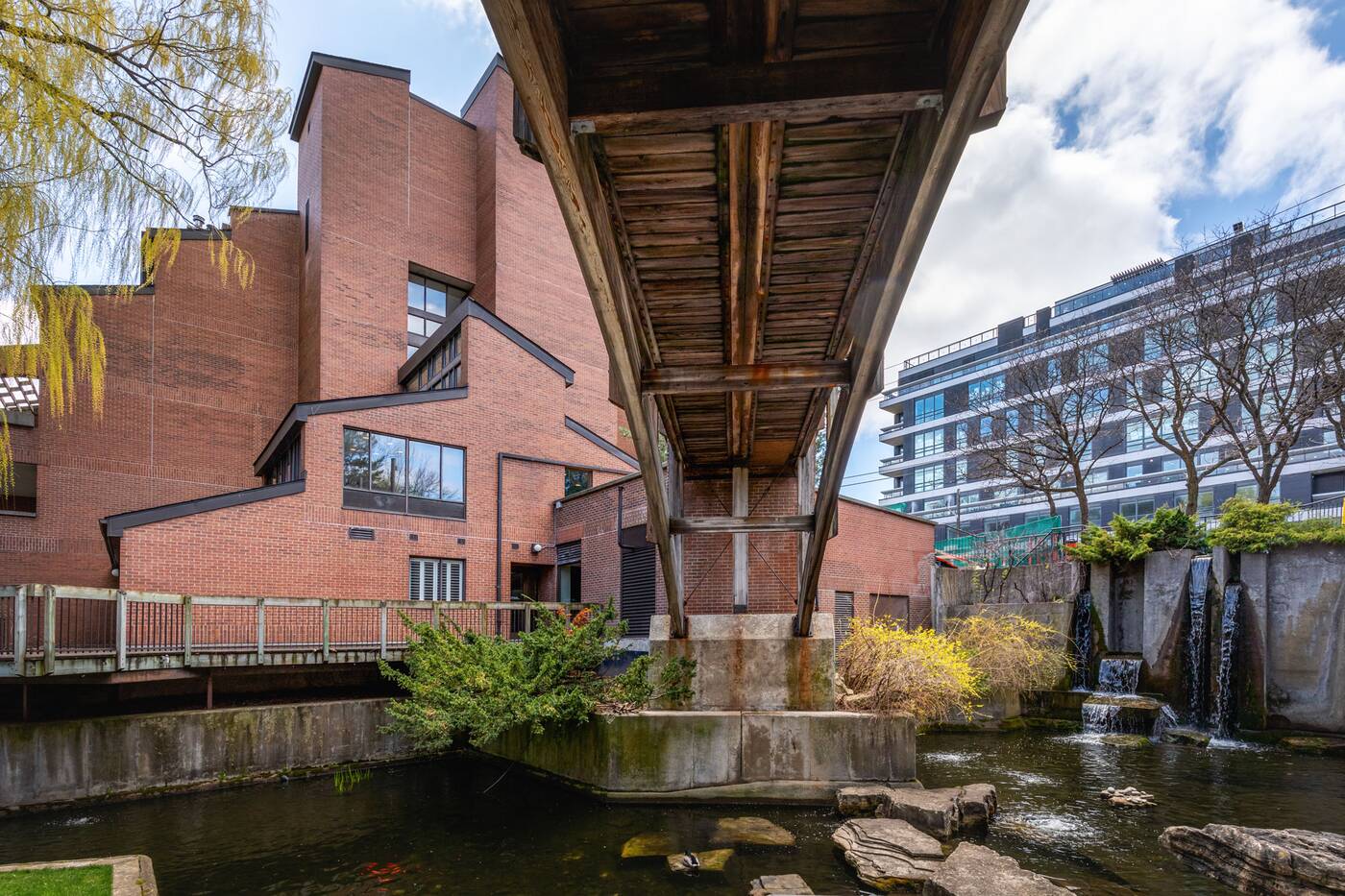 It feels like a surreal place, the fish quietly living their lives with the traffic of Avenue Road loudly racing by metres above. 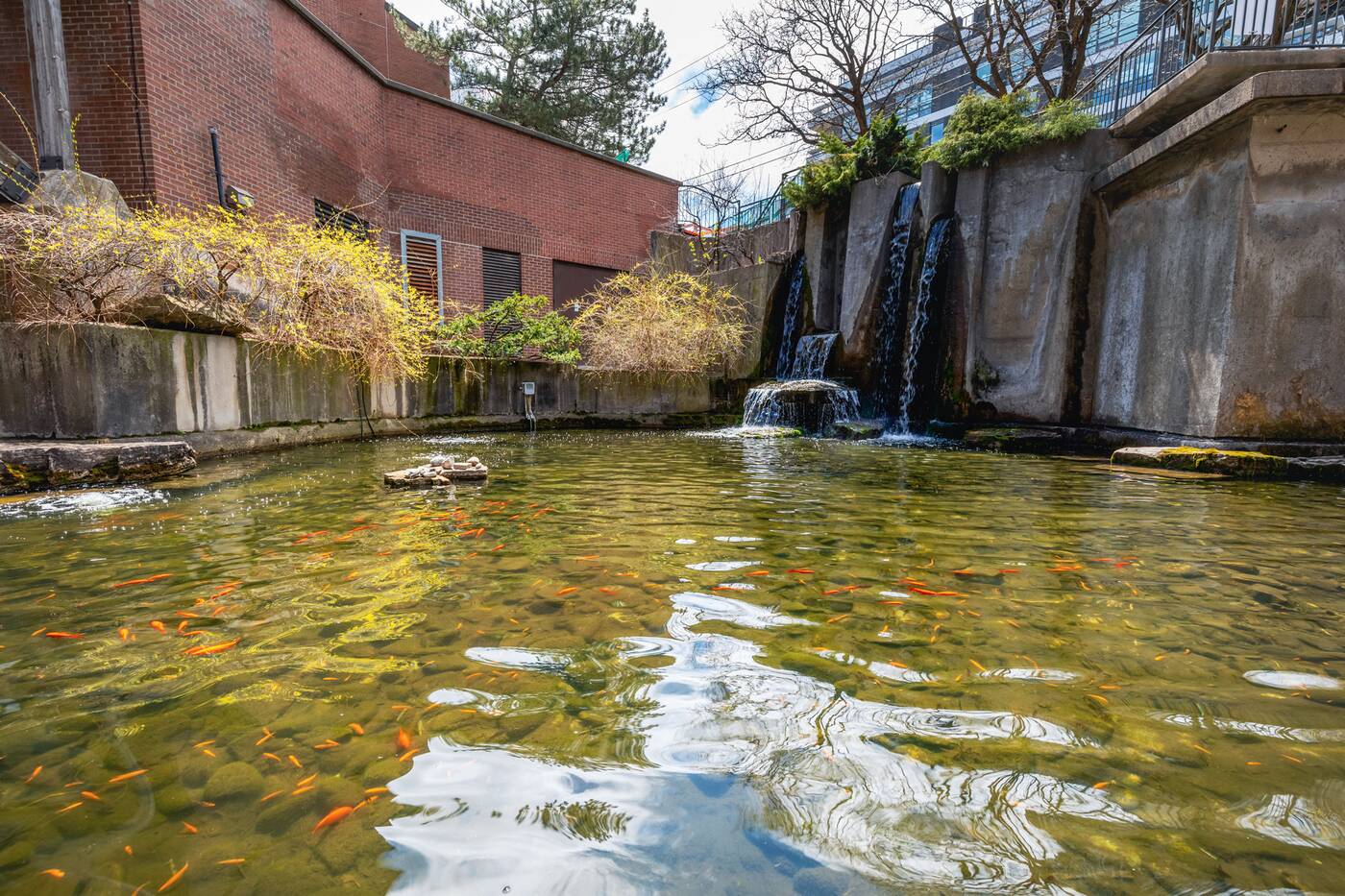 It may blend into the background today, hidden away behind rows of trees that buffer the noise of Avenue Road, but the complex and its unconventional design were a hit back in its day, winning a Canadian Architect Award in 1980 and Canadian Housing Design Council Award in 1983. 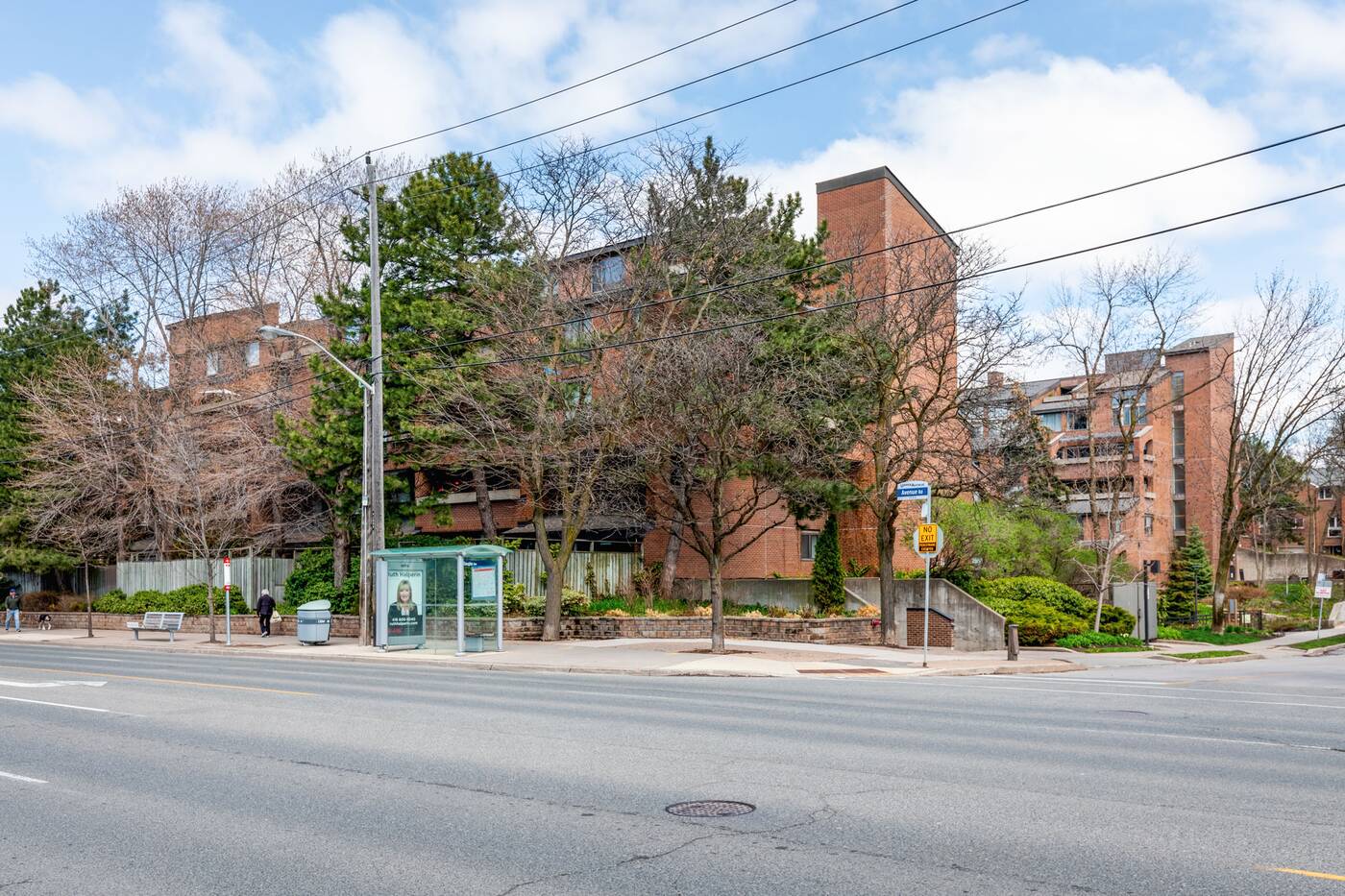 Bedford Glen may not be the oldest edifice around, aged in its mid-40s, but it is recognized right up there with Toronto's most significant landmarks and is (among the younger buildings) listed on the city's heritage register. 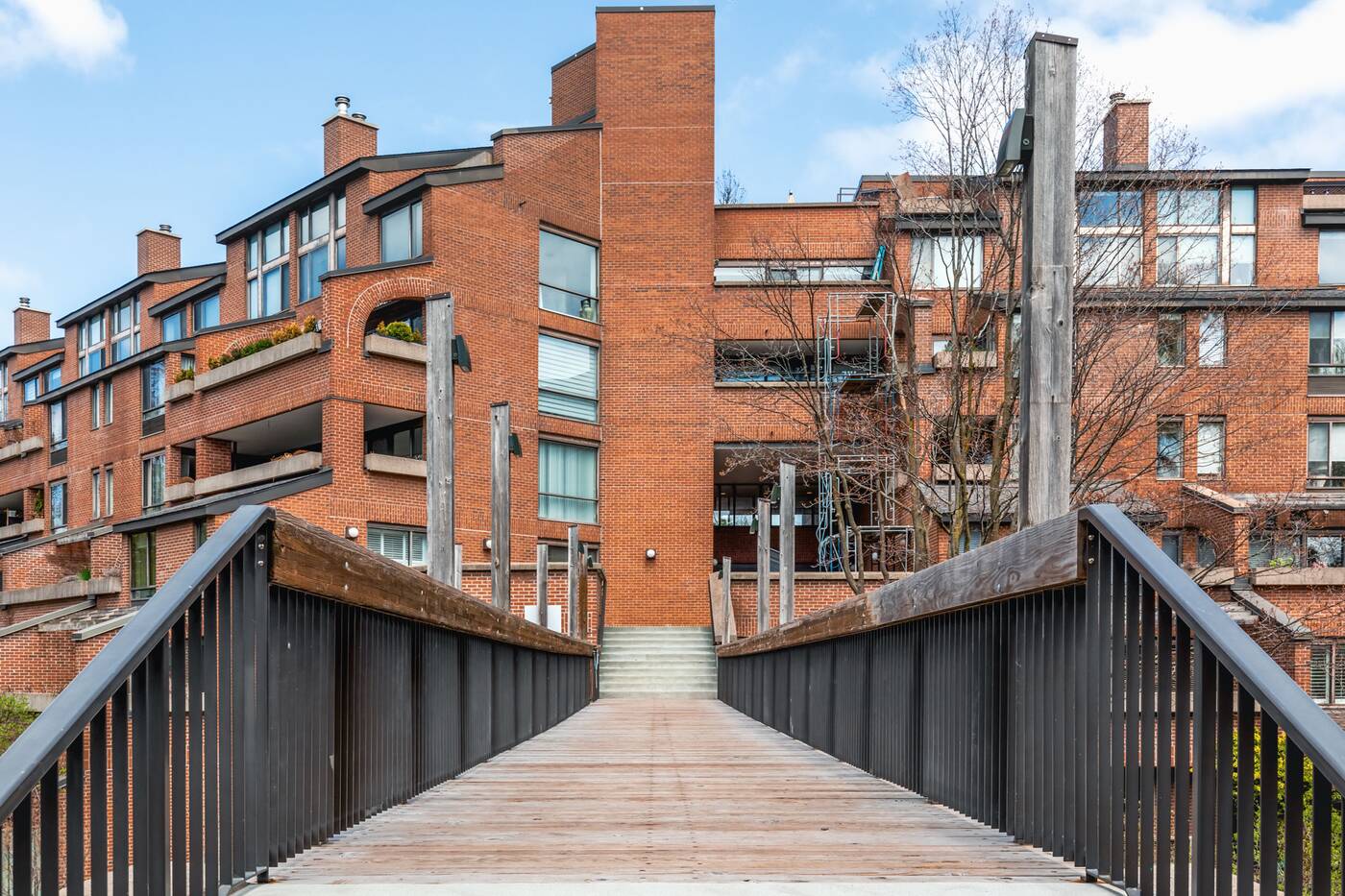 Even over four decades after completion, the six-storey buildings' combined 156 suites are still in high demand, with no units listed for sale as of May 2022.