Rent prices continue to rise in the Toronto area as restrictions lift and remote employees flock back to the city for some mandatory IRL office time.

This much has been expected from the get-go, ever since people first started leaving the city for bigger, cheaper units farther from the downtown core once COVID-19 hit.

What goes down (as rent prices did when the market took a big pandemic plunge in 2020-2021) must come up, after all. And up it's all coming, slowly but surely.

While average rents are again moving closer toward their pre-pandemic levels, the market doesn't look quite like it did prior to March 2020. One of what I'm sure are many subtle, striking differences, is the cost of furnished apartments in relation to unfurnished apartments. 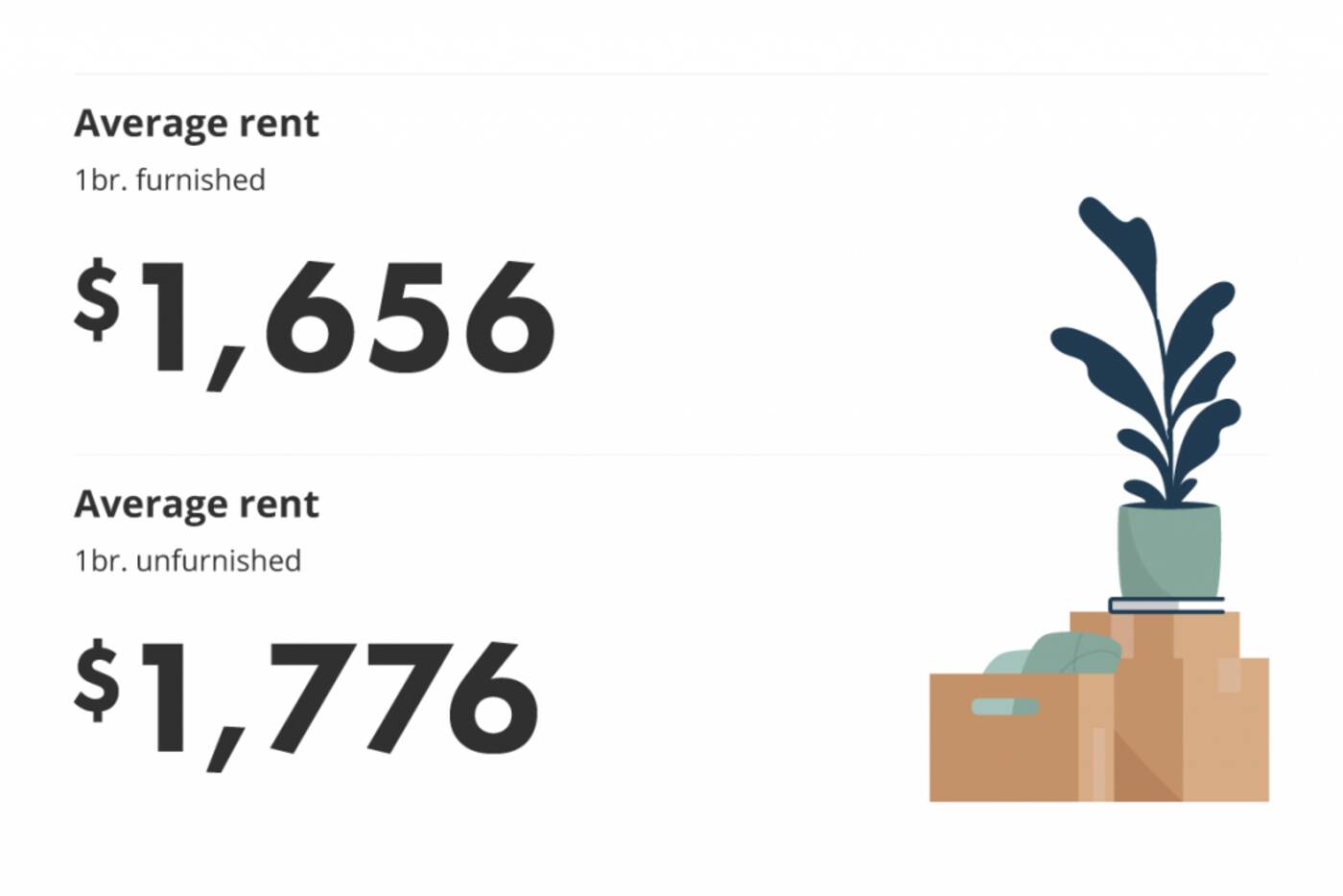 It's long been the case in this (and most) big cities that renting a pre-furnished condo or apartment costs more than leasing an empty box that one must fill with their own everything. The price of borrowing a unit's furniture is usually folded into the cost of one's total monthly rent.

Rent prices have thus traditionally been a bit higher in Toronto for units that are already decked out — no fuss, no muss — compared to similarly-sized bare apartments.

This no longer seems to be the case, according to new data from liv.rent.

The listing site's April 2022 Toronto Rent Report shows that it is in fact significantly cheaper, on average, to lease a furnished three bedroom apartment in downtown Toronto ($2,792) than an unfurnished apartment with the same specs ($3,173).

"Everywhere but in Downtown Toronto, furnished one-bedroom units cost less to rent on average than unfurnished ones this month," reads the report. 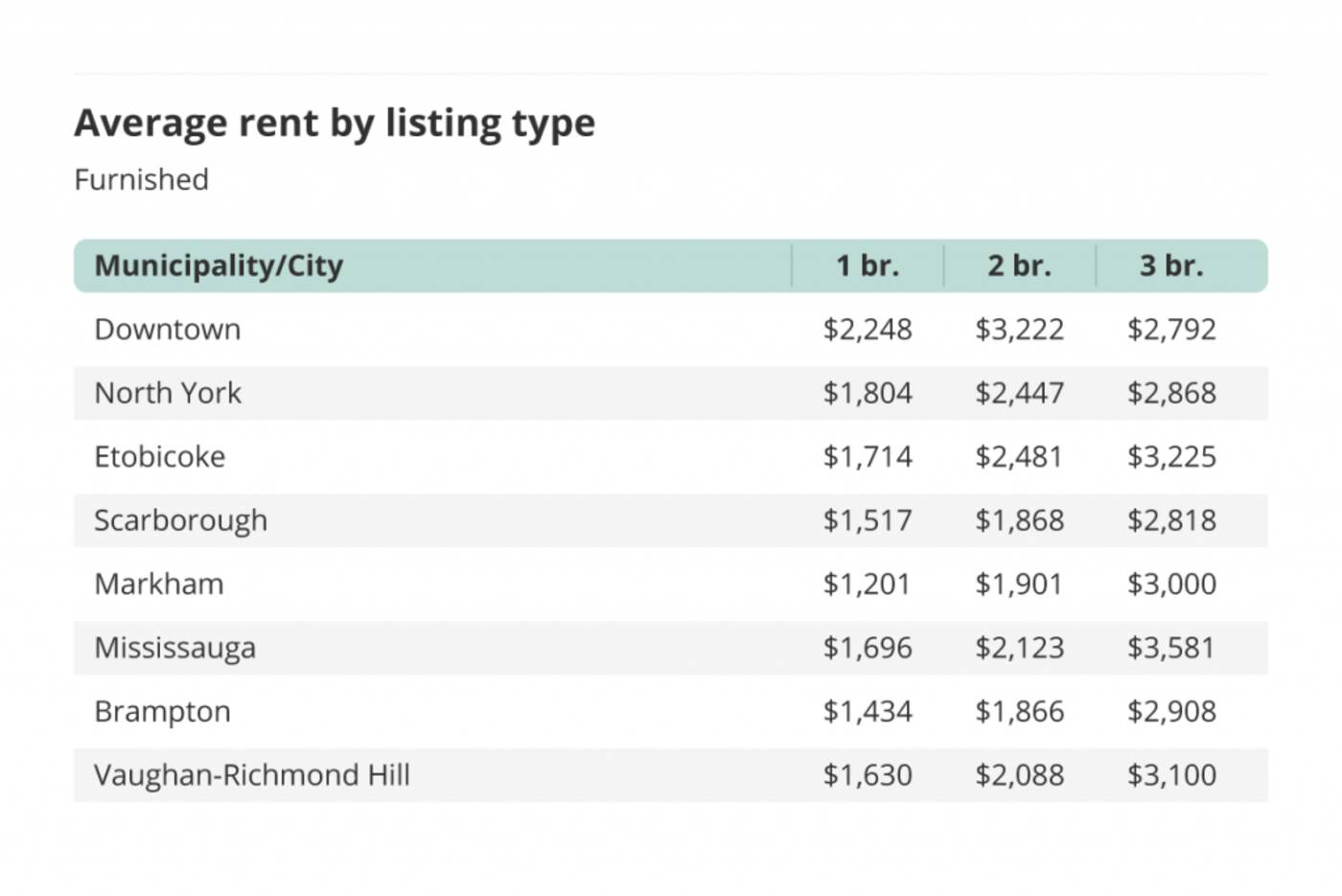 The discrepancies vary by which part of the region you're looking at. A furnished two-bedroom condo in Scarborough, for instance, would cost someone $1,868 to rent (on average) in April 2022, while an unfurnished two-bed in the same neighbourhood is going for $2,035.

Downtown Toronto still boasts cheaper prices for unfurnished one and two-bedroom apartments, but it's pretty much alone in that regard. Three-bedrooms in the downtown core are somehow among the cheapest available in either category for any part of the city. 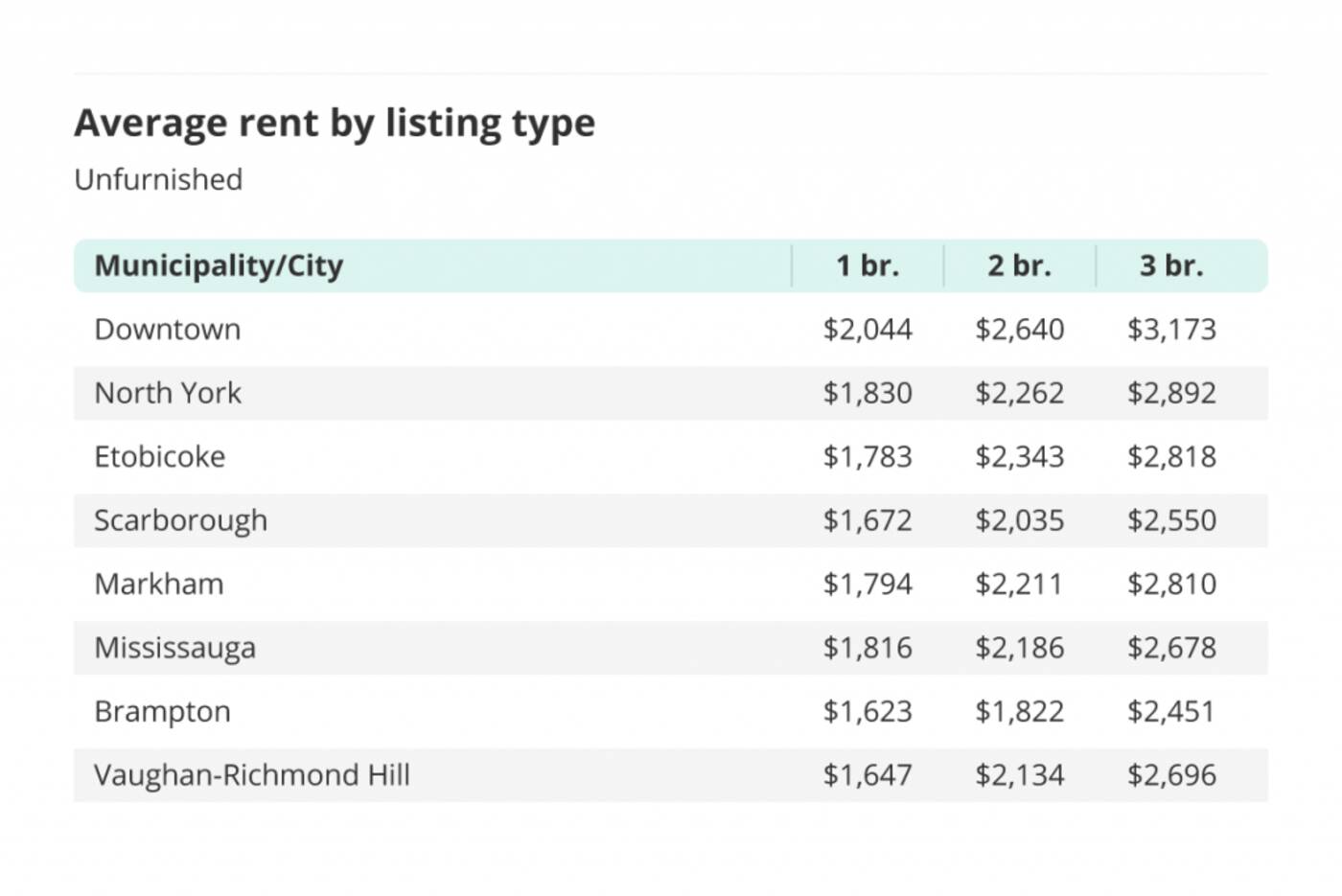 The liv.rent report shows, like others, that prices are generally stable across the GTA compared to how things were moving a year ago.

"For April, the region's rental average for unfurnished, one-bedroom units has settled in at $1,776 – a very slight $4 increase from March," it reads. "Although rent prices may be considerably higher than they were this time last year, it's a relief to see some stability in the area’s rental market."

With furnished units now listing for about $120 less on average than their unfurnished equivalents in the GTA, it's not a bad time to consider ditching your old stuff or putting it into storage if you're looking for a new place to live in The 6ix.

If you're moving out on your own and don't have any furniture to speak of yet, all the better.