A cancelled condo development that left hundreds of buyers in the lurch in 2018 is back in the most believable plot twist in Toronto history. Another project is now in the works on the exact same site, where units will likely sell at higher prices than originally offered.

Icona Condos made a splash in 2017, the supposed flagship development of Gupta Group billed as "Vaughan's tallest tower" attracting buyers to the area near Vaughan Metropolitan Centre subway station, part of the Toronto-York Spadina Subway Extension project completed the same year the project was unveiled.

Prices for land near the subway inflated, as expected, and hundreds of buyers who felt like they were getting a deal were suddenly disappointed when the project was cancelled. In 2018, the developer announced, "The Icona project has been cancelled because of circumstances beyond our control that make the project un-financeable."

Buyers had their deposits returned, left to re-enter the Vaughan market (where prices had risen considerably) empty-handed. Free from the constraints of purchase agreements, Gupta then applied for a new condo development, which was met with outrage from former purchasers, critical articles from news outlets, and accusations of greed from onlookers.

In place of the original two-tower development's 53- and 51-storey towers, the plan resubmitted (which I'll call Icona 2.0) sought to not only go taller, but also added another tower to the mix, with heights of 55, 55, and 46 storeys.

The IBI Group-designed Icona 2.0 would have included a 260-room hotel and convention centre replacing the current hotel property on site, and just shy of 1,650 condominium units.

With this new, larger plan approved by Vaughan planners and buyers still out on their butts, the site was put up for sale in 2021 and was eventually picked up by Graywood Developments and Phantom Developments later that year, priming the proposal for even more changes. 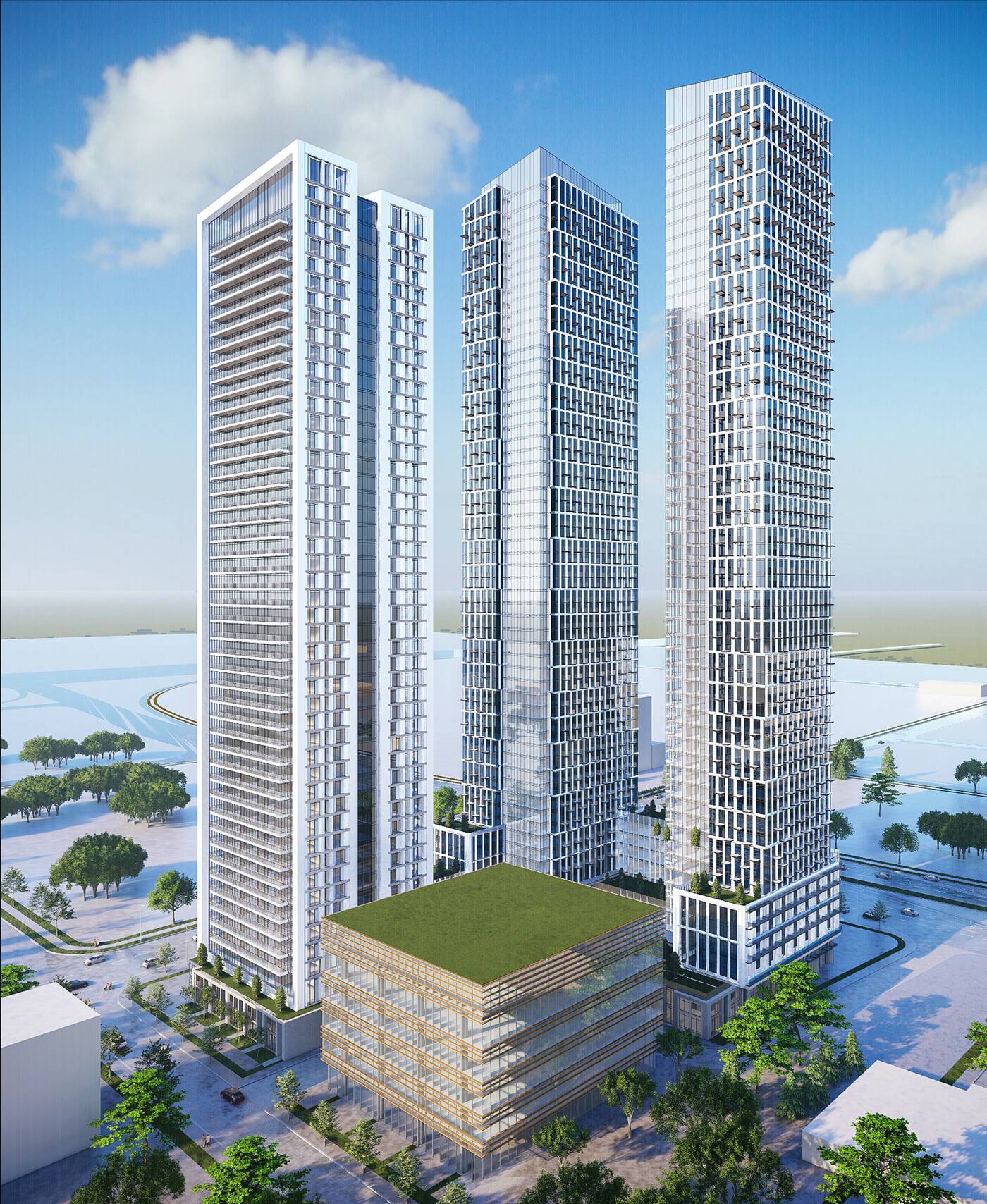 Following the ownership change, the approved three-tower plan was sent back to planners with additional revisions. Though there is no indication that the Icona branding lives on, let's call this one Icona 3.0 for the sake of continuity.

Over 2,000 units are proposed in the updated plan, which includes some notable changes from what had been approved previously. The podium has been extended, while the 2.0 plan's hotel and convention centre has been replaced by a standalone four-storey office building at the southeast corner of the site in the 3.0 plan.

Possibly an acknowledgement of the fact there's a subway station just steps away, the 3.0 plan trims down the cavernous six-level, underground parking garage proposed in the last version to a much less chonky four-level garage with 1,079 parking spaces and 1,021 bicycle parking spaces.