A lone tower-like structure sits an empty lot in Toronto and people might not know its purpose unless you love birds.

The thin tower is on the now-empty lot of the former St. Raymond Catholic School on Barton Avenue just north of Christie Pits Park.

In an effort to protect the threatened Chimney Swift, a small, "dive-bombing" brown bird, provincial legislation requires property owners create a new habitat for the bird if an old chimney habitat is demolished. 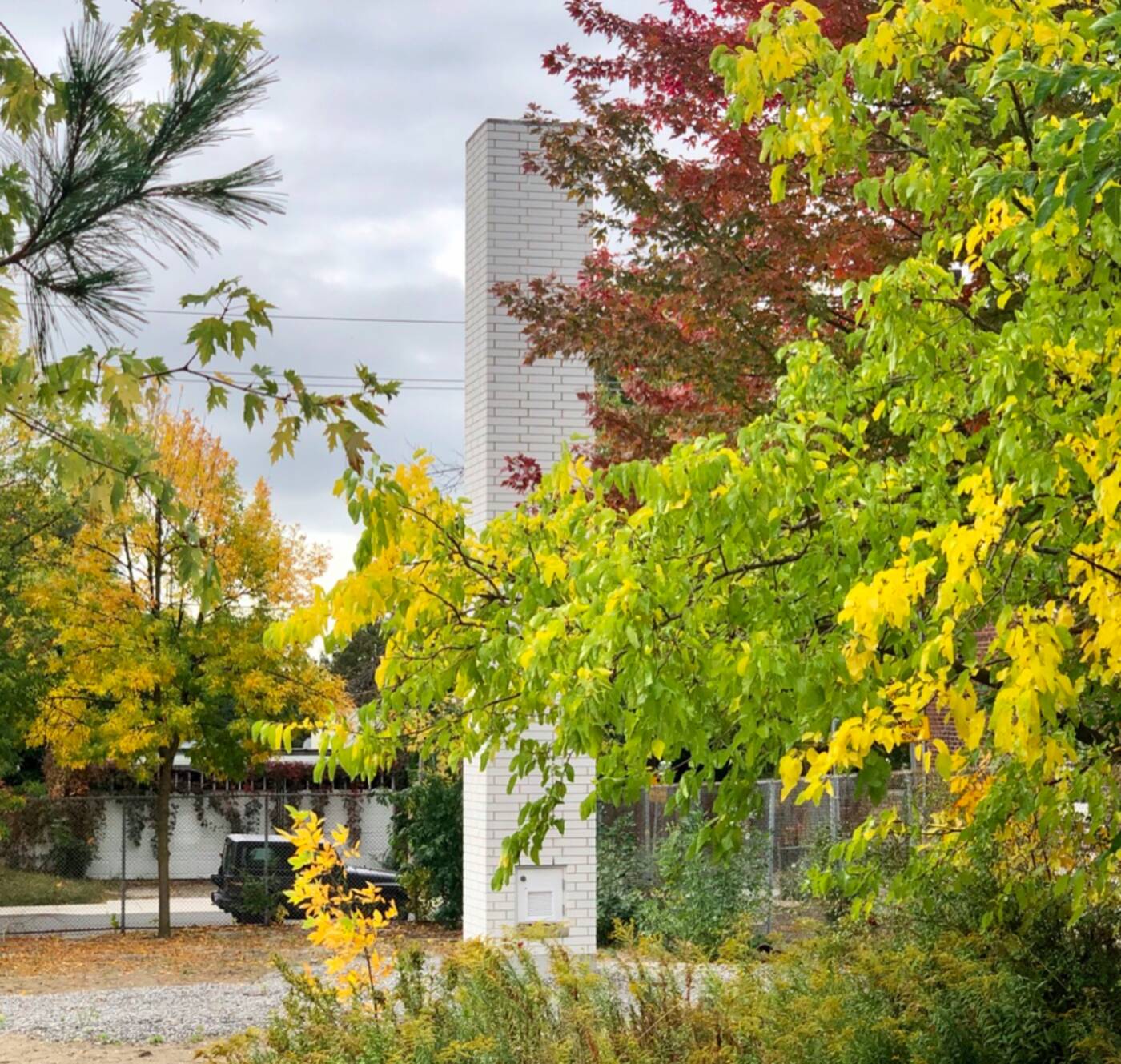 The chimney has a small door at the base so inspectors can check if it is being used by chimney swifts.

"If there's evidence of occupation by swifts, then you have to, within a certain period of time, you have to provide a new artificial habitat," Kohn tells blogTO.

Originally, chimney swifts would nest in hollowed-out trees but with urbanization, the birds adapted and used chimneys instead. Now, as times change again, chimneys are being destroyed leaving the birds without a place to nest.

"Buildings have fewer and fewer chimneys in the old way," Kohn says. 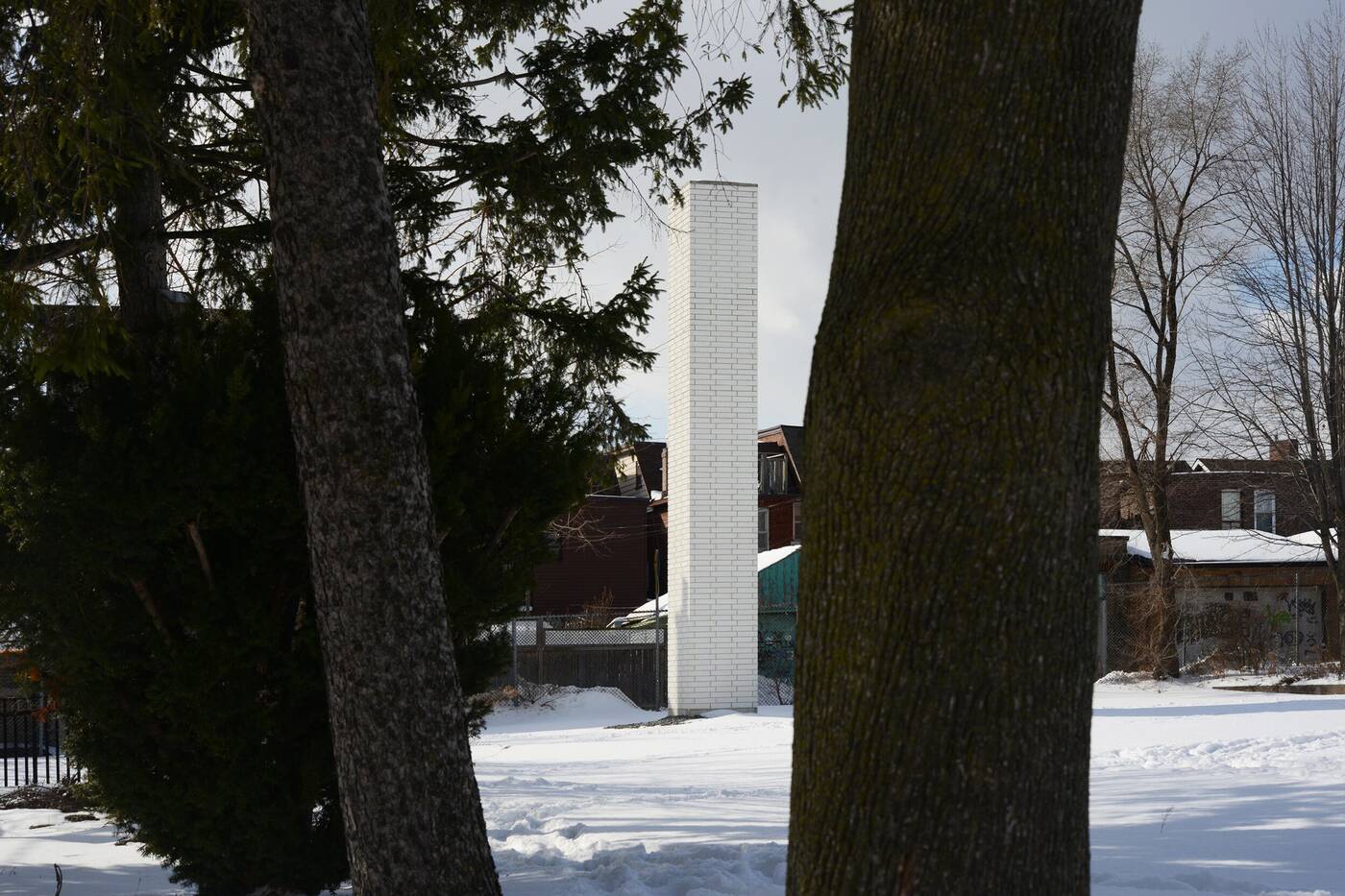 The chimney is the only thing on the property right now.

So the lone chimney on Barton Avenue was built about two years ago and now it's starting to show signs of use. Kohn says there are around 50 of these structures built under the Ontario legislation.

"But only two have shown evidence of occupation," he says. "One of them is ours so we're really proud of it."

There is a small door at the base of the chimney, which inspectors can go in and check for nests. They found evidence of some nesting behaviour the first year and a full nest this past season.

The birds are remarkable to watch in the spring, Kohn adds.

"So what happens in early spring when they return is they swarm, and hundreds of them will kind of dive bomb into the chimney and then come out again," he says. "And that's the kind of early season behavior, but then eventually a pair will make a nest inside the chimney."

The chimney was built with unfinished mortar joints.

"That's where they build their nest, they adhere the nest of these rough bits." 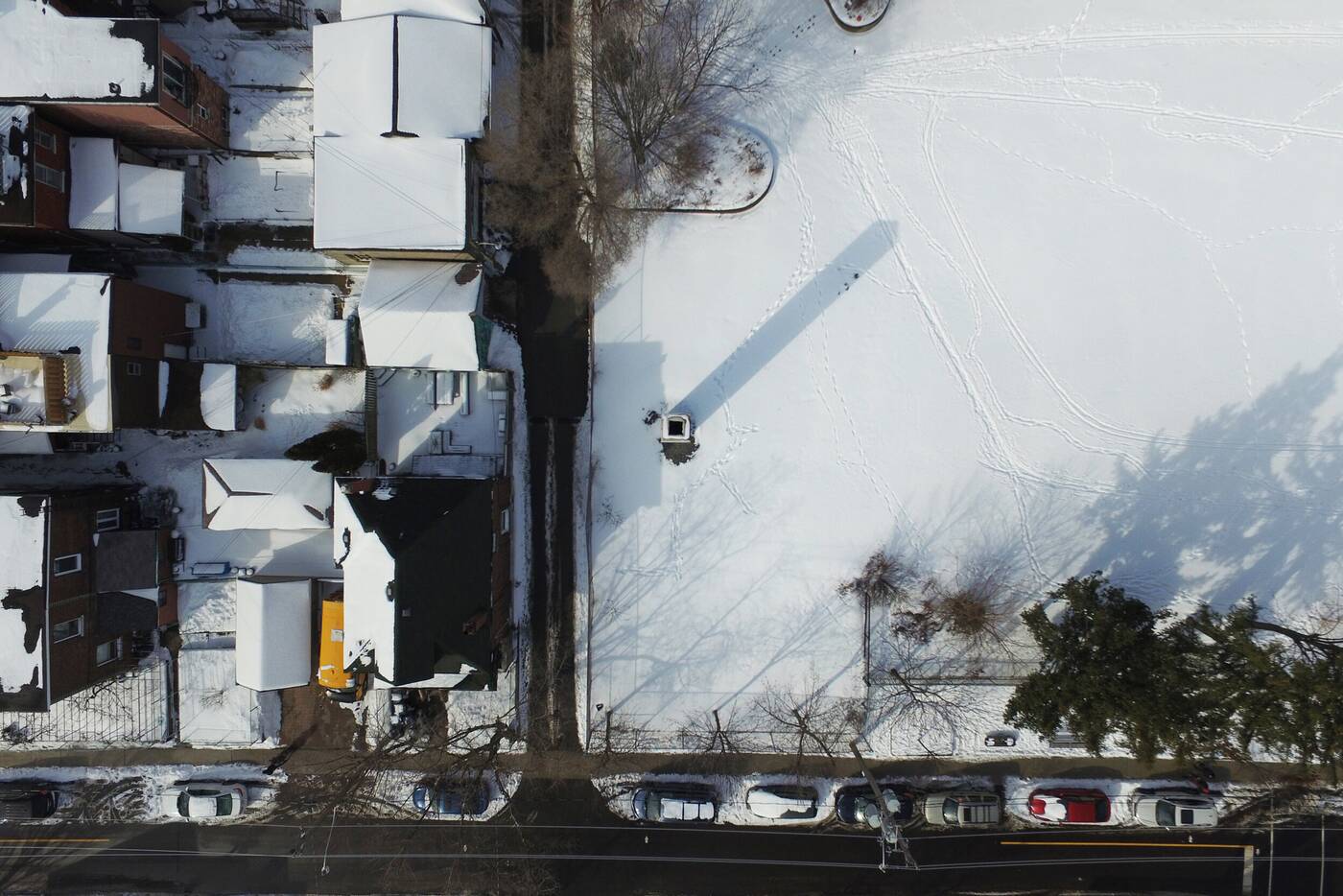 There are plans to build a school on the property.

There are plans to build a new three-storey elementary school for the Toronto District Catholic School Board on the property, but the chimney will remain there for the birds.

As the weather gets warmer, Kohn says people will go to the chimney at dusk to watch the birds swarm.

"It's usually at dusk that this swarming happens, so they will go and take a lawn chair and a cup of coffee and park themselves, you know, waiting to see it," he says. "If you witness it, it is quite remarkable. They're amazing birds."