This is what will replace an old derelict building in Toronto

A derelict building that looks like it is on the verge of falling into a major Toronto street will soon be torn down and replaced with a shiny new condo.

The building at 221 Roxton Road, the corner of College Street and Roxton Road, has raised concerns for several years in the Little Italy neighbourhood.

It was abandoned more than 15 years ago and since then it has fallen into disrepair with residents calling it an "eyesore" that stinks of sewage. 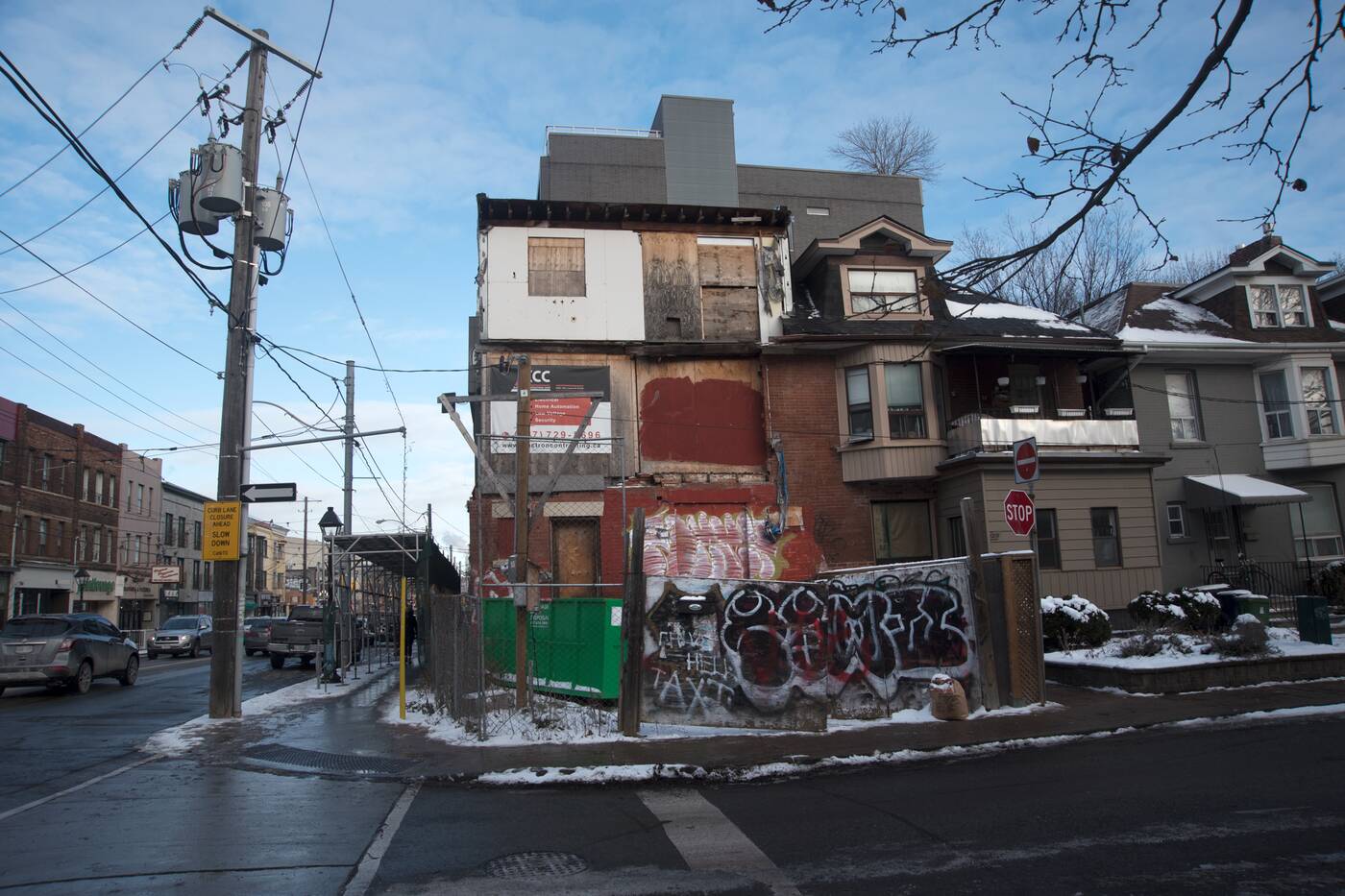 People refer to this abandoned building at 221 Roxton Road as an "eyesore."  Photo by Karen Longwell.

While it seems precarious, the City of Toronto says a registered professional engineer assessed the structure and deemed it safe.

A proposal to demolish and rebuild back in 2008 never got off the ground. A proposal submitted in 2020, for a mixed-use building with a commercial unit and three residential units, was deferred by the City of Toronto until they received site plans. 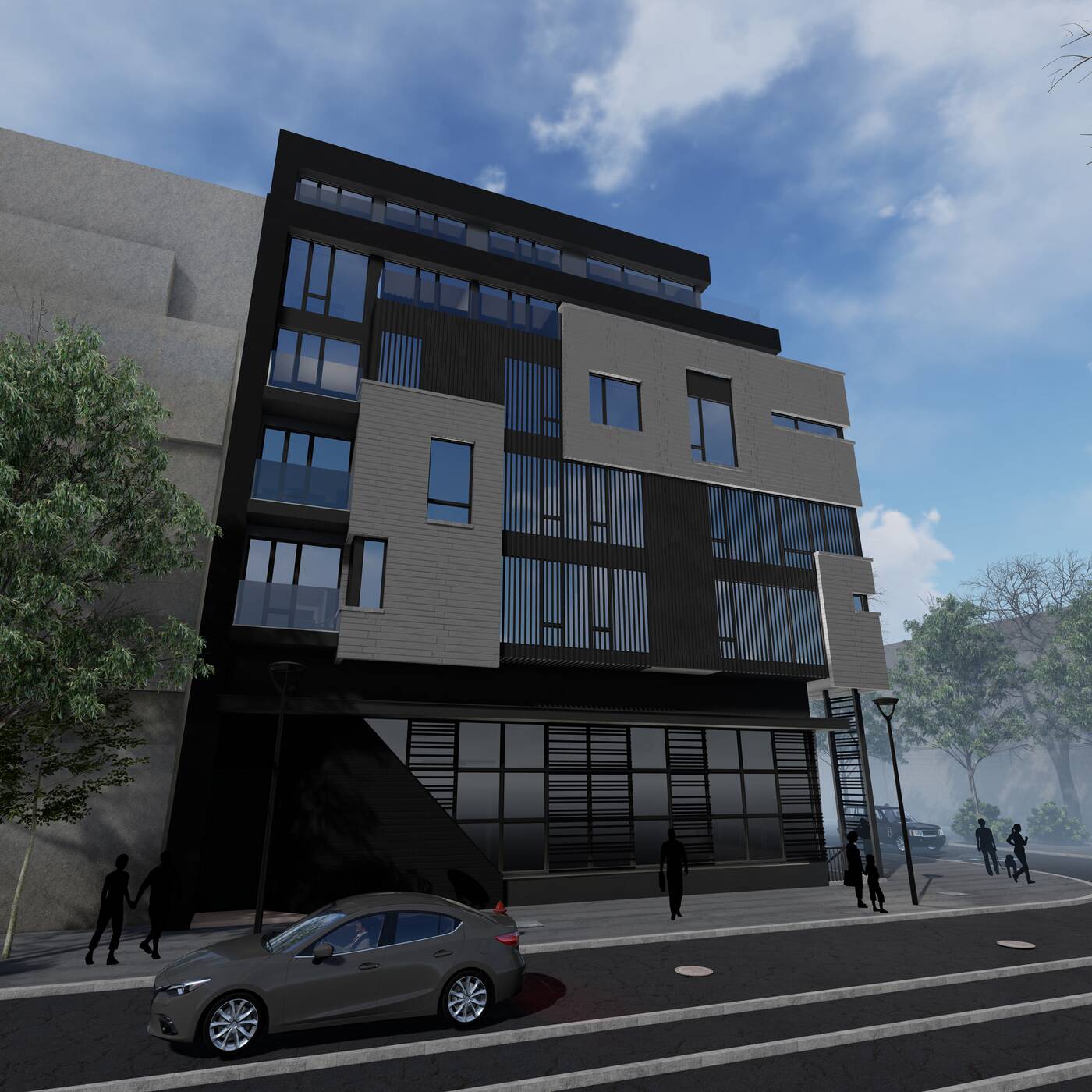 The new building planned is a six-storey with retail and residential units.  Rendering via Land Services Group

Residents expressed concern about the height of the building and lack of sufficient space for bike parking and garbage bins around the new development.

But plans for the property are coming together, according to Land Services Group which is managing the development. The new plans merge two existing properties — 219 and 221 Roxton Road.

The condition of 221 Roxton made it impossible to upgrade, a spokesperson tells blogTO. The two buildings have two zoning designations and after meetings with the city, Land Services Group decided to start the process to merge the buildings.

The renderings of the new plan shows a modern, boxy building with semitransparent façade with vertical shaders that would replace the crumbling brick structure. The plans are still for a mid-rise, six-storey, mixed-use building. The ground floor and basement would be a retail space. 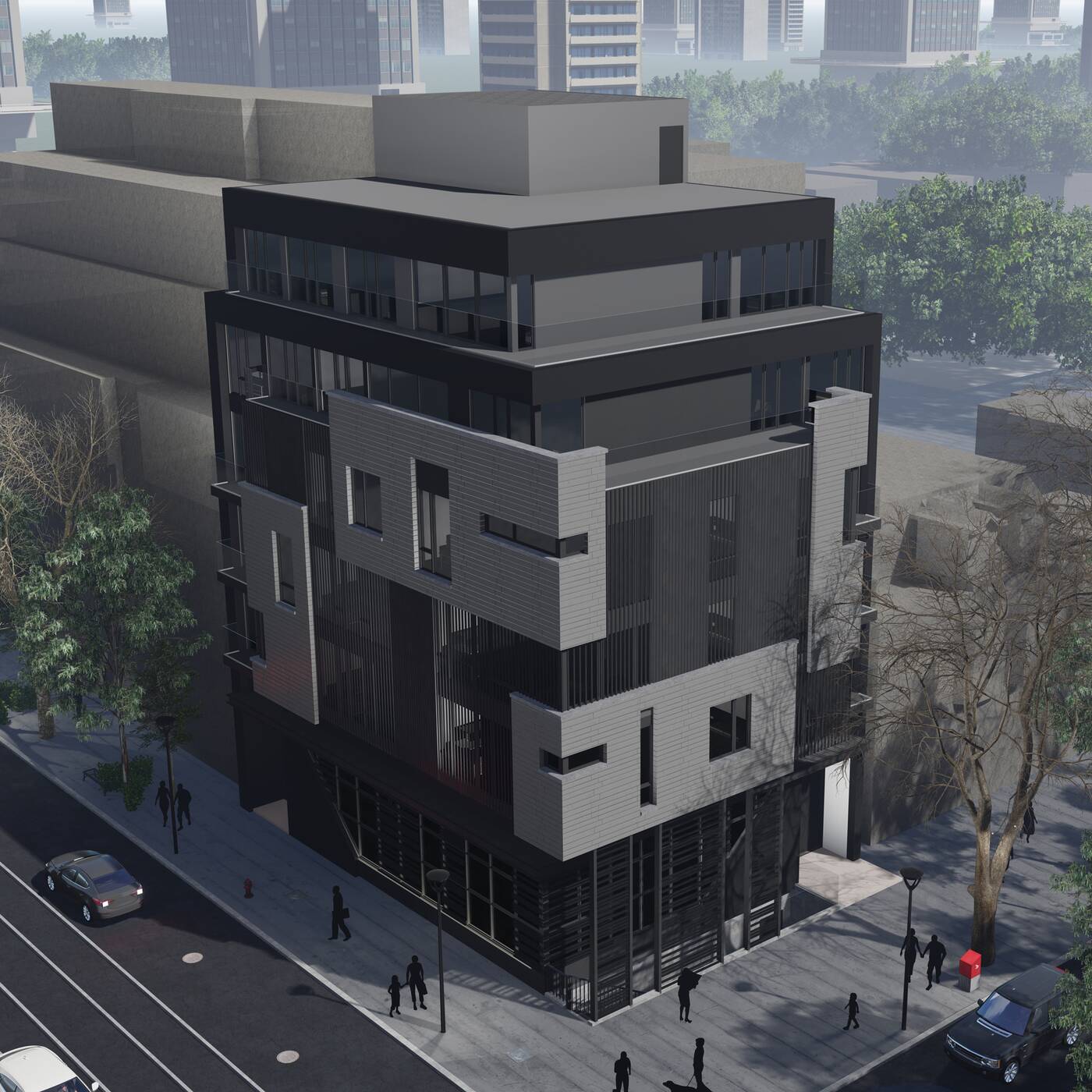 The Rox Condominiums on the upper floors would consist of 17 units, a mix of one-bedroom and two-bedroom units spread over five floors.

The building form and height is a continuation of the neighbouring building on College Street, the spokesperson adds. The building is stepped back at the fifth and sixth levels to reduce the impact from street view.

The project is at the first stage of planning approval. The official submission, following several pre-submission consultations, is scheduled for March 30. There will be a public consultation soon to be announced by the city.

The developers says their first priority is getting the demolition permit to make the area safe, which is planned to start in early 2023. If all goes well, the new building could be complete by the end of 2024.

This story was updated on March 24 with more information from the developers.