Years after residents raised the alarm about a derelict Toronto building, it still remains covered in boards looking as if it may fall into the busy street.

The building at 221 Roxton Road at College Street in Little Italy had been abandoned for about 10 years back in 2014, according to a Toronto Star story.

"Property stinks of sewage and garbage in warmer weather, sickening to anyone walking by. This is an eyesore and a health hazard. The whole property looks terrible and smells worse," a reader told the Star in 2014.

More than six years later, the property is still an eyesore prompting one blogTO reader to ask what is going on with the property. 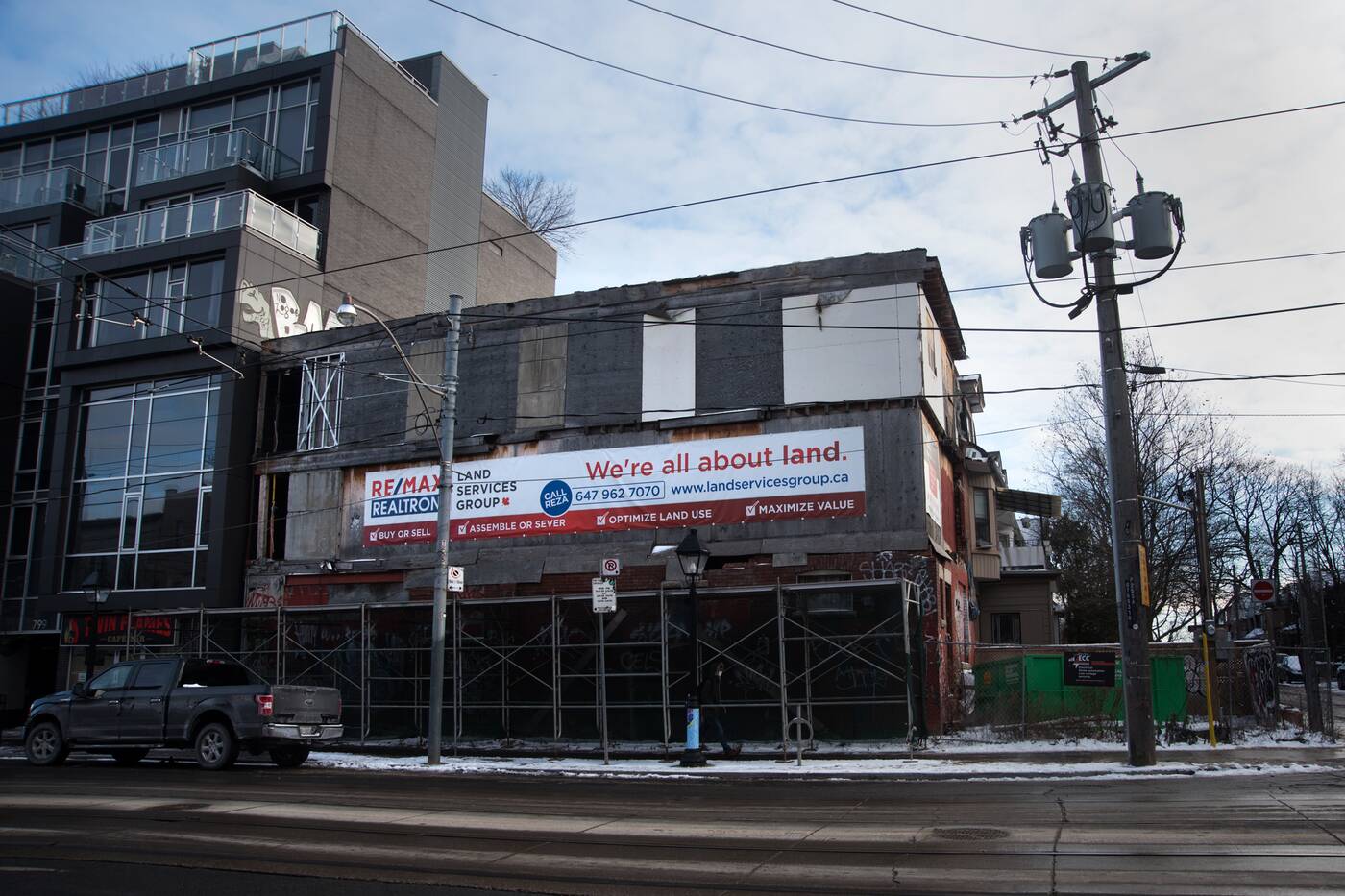 The building at 221 Roxton Road has been vacant and derelict for more than 15 years.

"Why has the City of Toronto not ordered demolition of the building?" the reader asked. "It's a miracle the building has not come tumbling down onto the busy College Street sidewalk."

An application to make interior alterations to convert the second and third floors to create four units and keep the ground floor as commercial space was approved back in 2008, but it appears that the owners never started the project.

The property now has an active application for development to build a semi-detached mixed-use building with one commercial unit and three residential units with a front, second-floor balcony.

The City of Toronto tells blogTO that there was an order to check the foundation and framing on Sept. 10, 2020. A registered professional engineer assessed the structure and deemed it safe.

The new application to develop the property might be held up by a couple of complaints from area residents — even though neighbouring buildings are six stories high, one resident feels the increase to four storeys is too much for the area.

"Of course, we hope to see the derelict building demolished and something appropriate for the site constructed," a letter to the city reads.

The letter writers say they recognize the need for intensification, and more housing.

"However, we don't believe the plan for 221 Roxton Road is what the city intends with intensification." 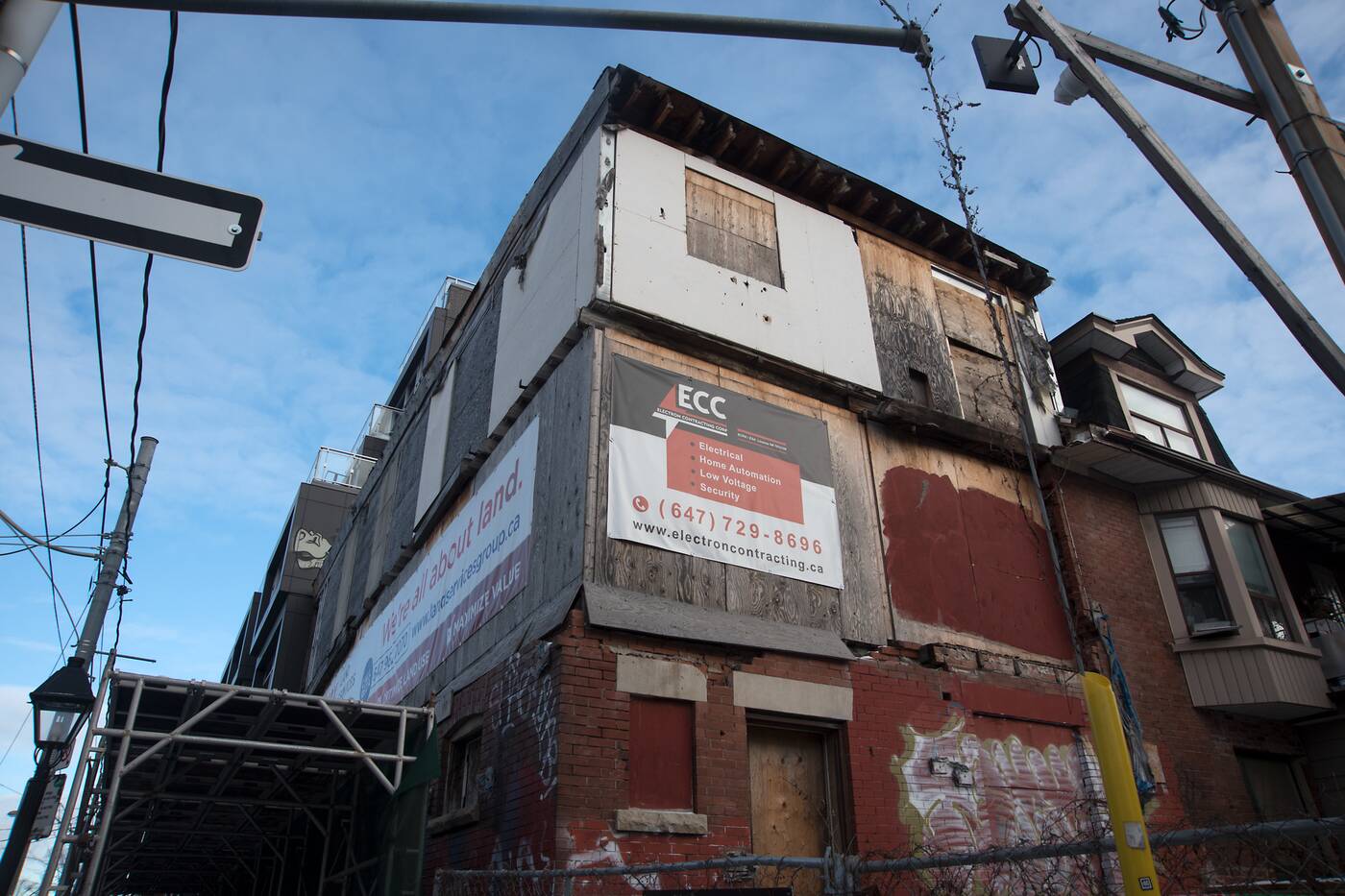 The building is boarded up and many feel it is an eyesore.

The applicant is asking for an almost 30 per cent increase in the maximum permitted floor space, the letter states. The applicant proposes to build three 1,205-square-foot residential units, each with three bedrooms and three bathrooms.

"There will be quite a lot of coming and going which will disturb our neighbours in the residential zone on Roxton Road because the pedestrian access will be less than a metre from the border of the zone."

With no setbacks, there is little space for garbage bins or bicycle parking.

Another neighbour worried about losing privacy as the new taller building would have upper rear windows looking directly onto their balcony.

Either way, residents will have to wait for changes to the property. The City of Toronto says there is no application to demolish the building and right now they are waiting for a site plan application for the proposal to move ahead.