This $1.4 million Toronto home looks like it was built upside down

For those who don't want a stereotypical home this place turns things on its head – almost literally as the second storey of the home is larger than the main floor giving it the appearance of being built backwards.

According to the architect Reza Aliabadi, the home was actually inspired by Josef Albers "Homage to the Square".

"The house [was] designed for a boutique developer. Built with a modest budget, in its paradoxical behaviour, it both adapts to and resists against the existing conditions, performing very restricted yet radical transformation on the existing space and the neighbourhood," they wrote in an Instagram post. 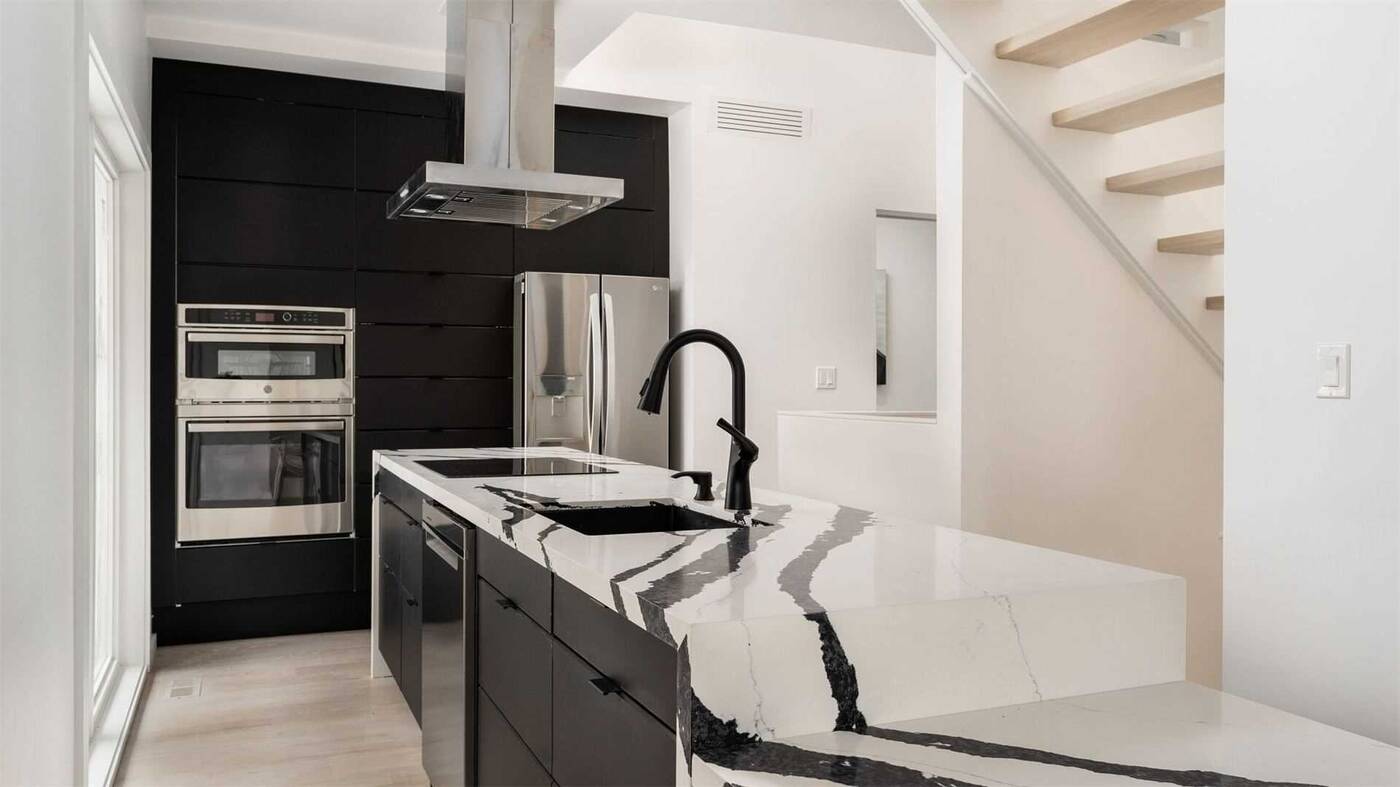 The kitchen has a built-in wall oven, microwave, an induction cooktop and dishwasher. 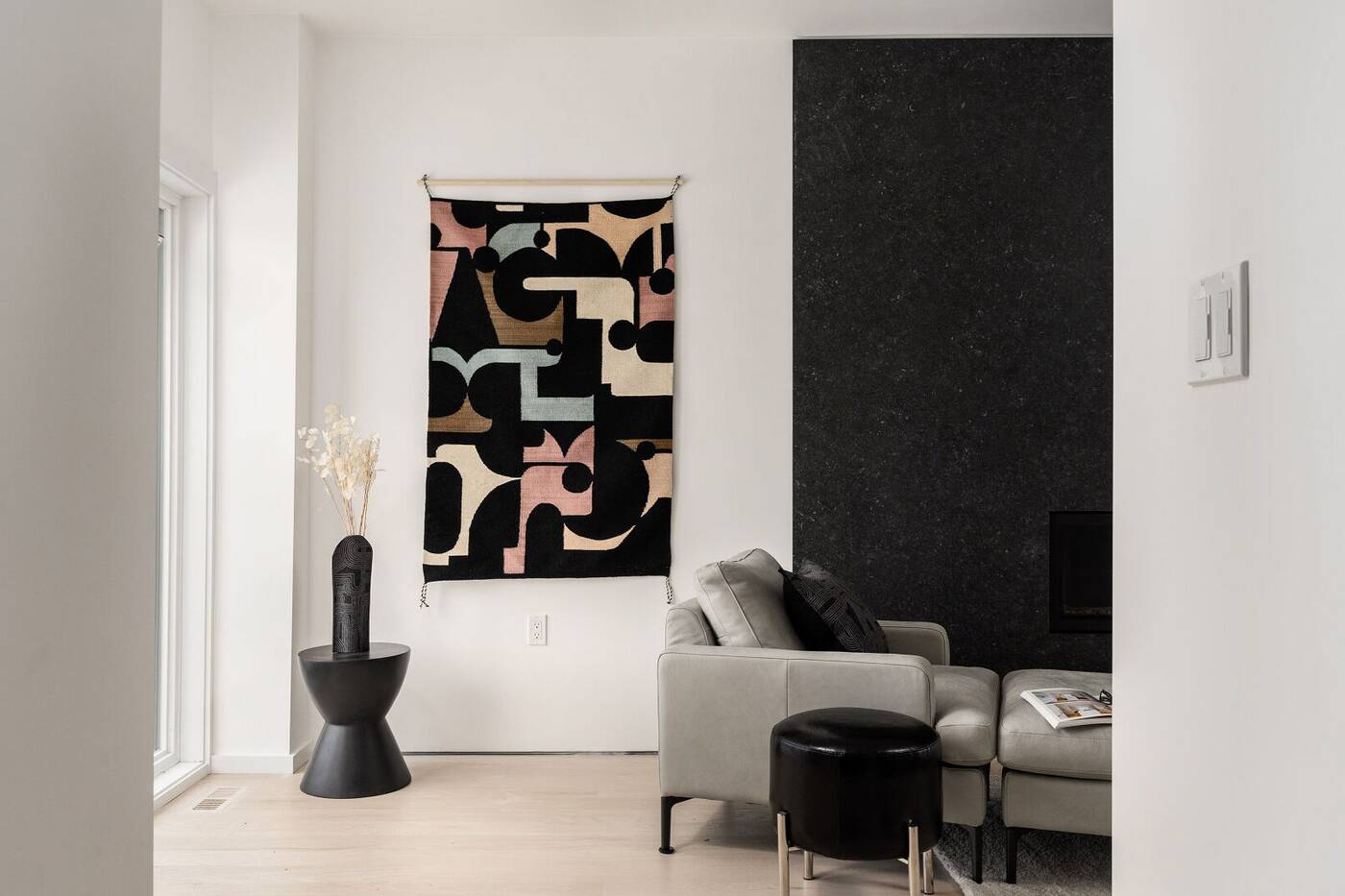 A view from the foyer. 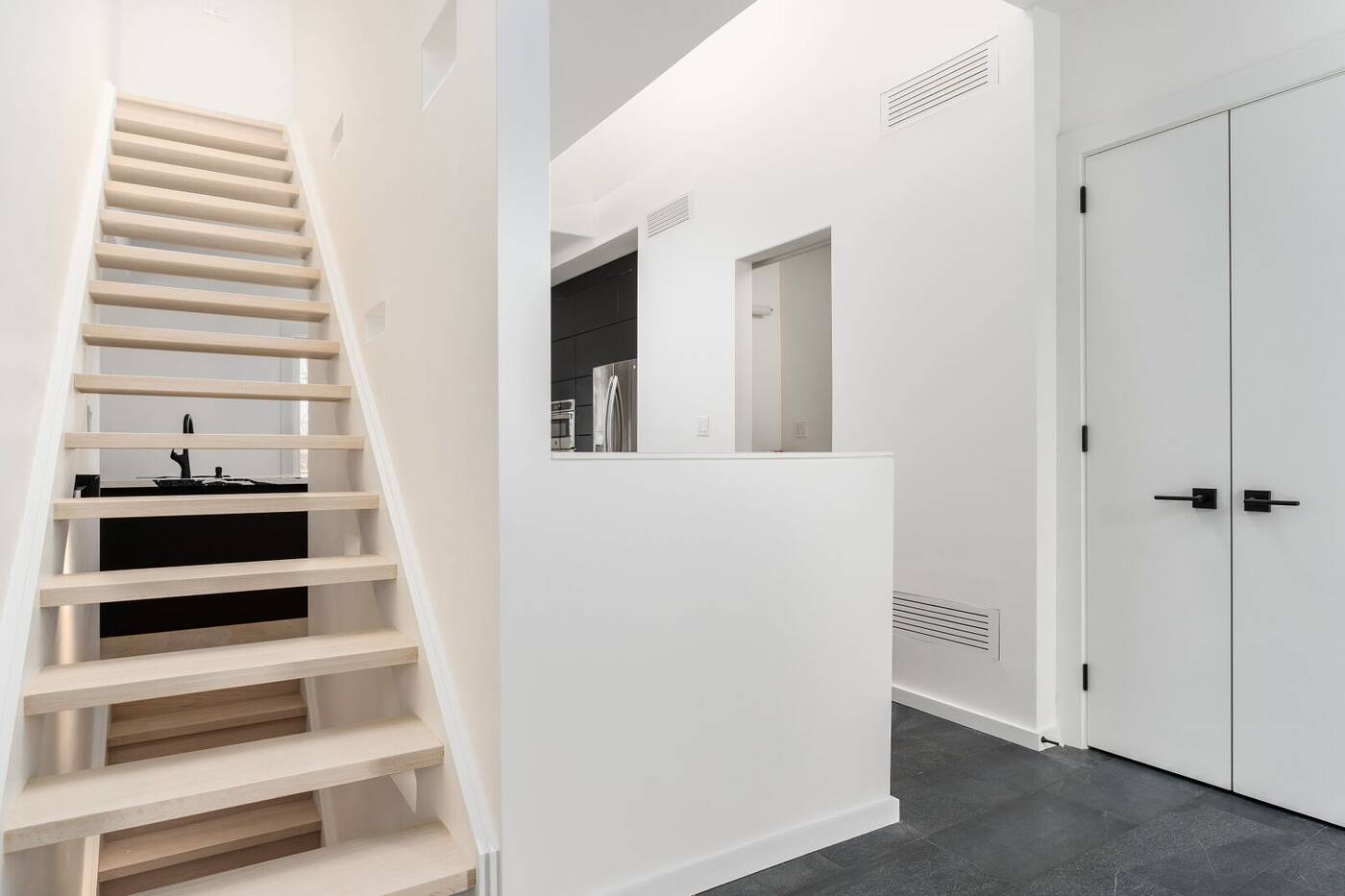 The home is a modernist design.

They worked with Atelier RZLBD, a boutique architecture and art practice in Toronto, as well as engineering firm TEG Structures and construction company Maxamin Homes. 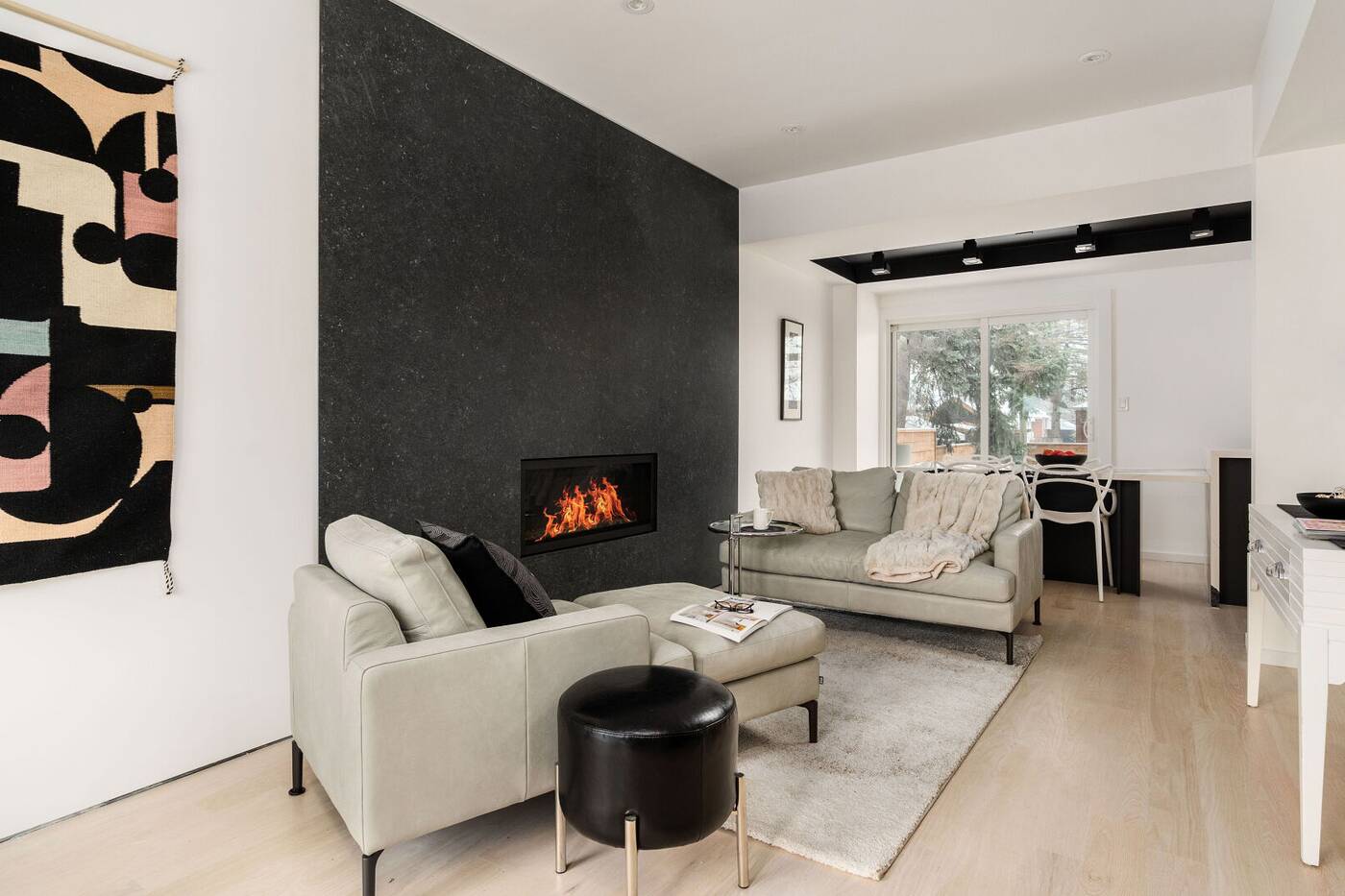 The result is a beautiful, light-filled home that is entirely one-of-a-kind. 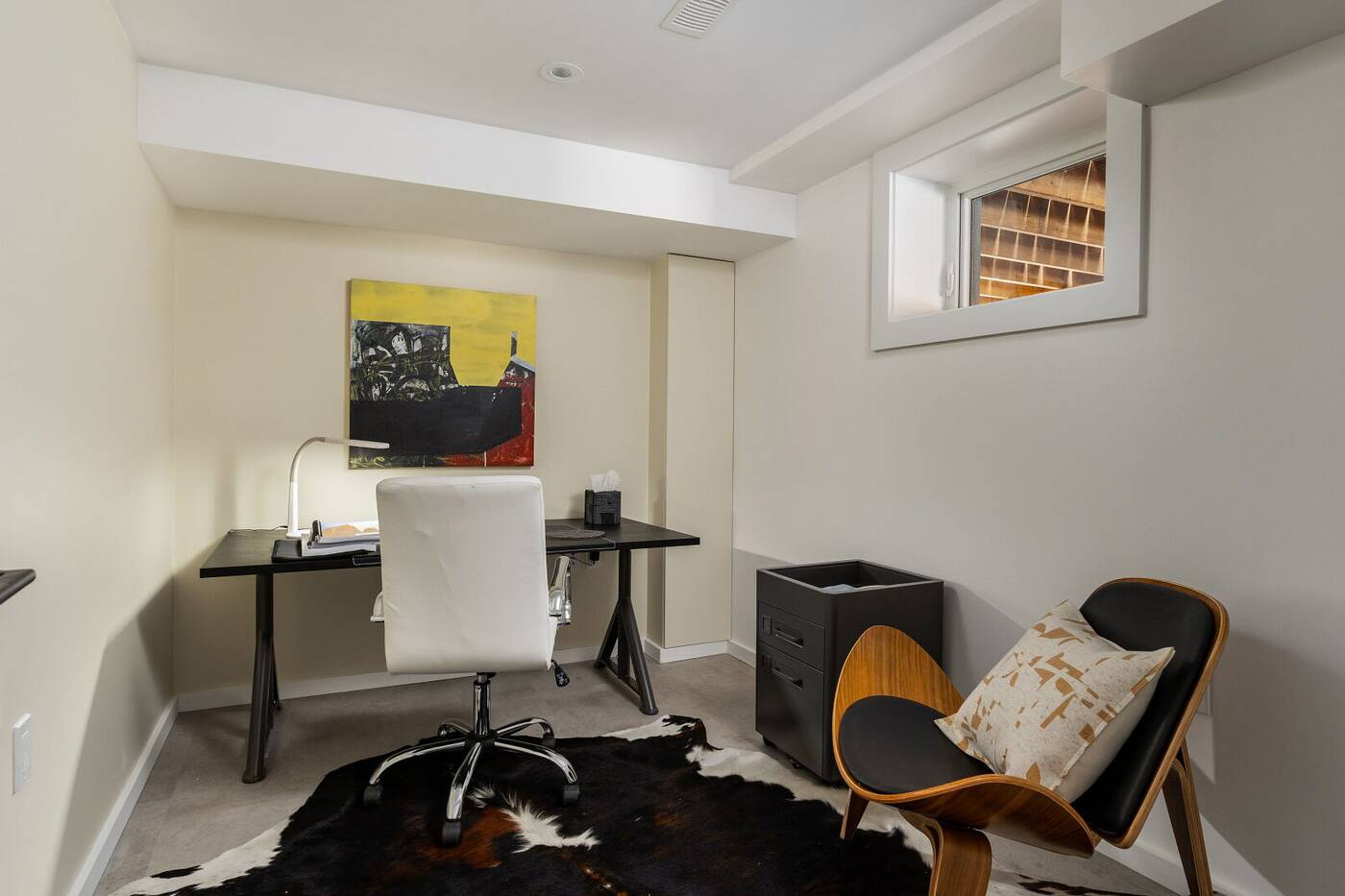 And it's especially impressive that they completed the project during lockdowns where they had to persevere through all the supply chain interruptions. 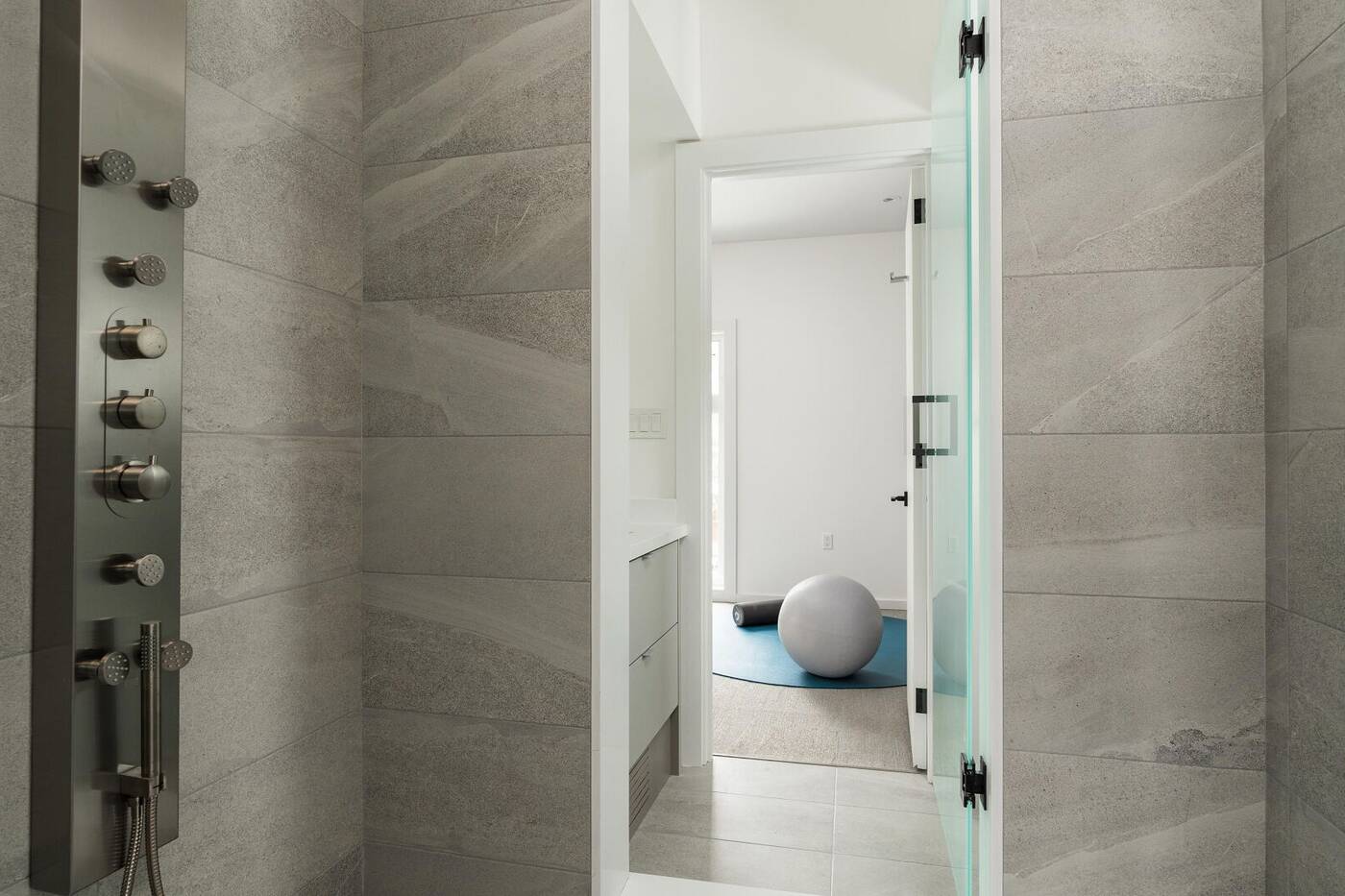 Another bedroom with an ensuite.

"89 Lynvalley has so many unique architectural aspects that make living in this home so pleasurable," said Toufexis. 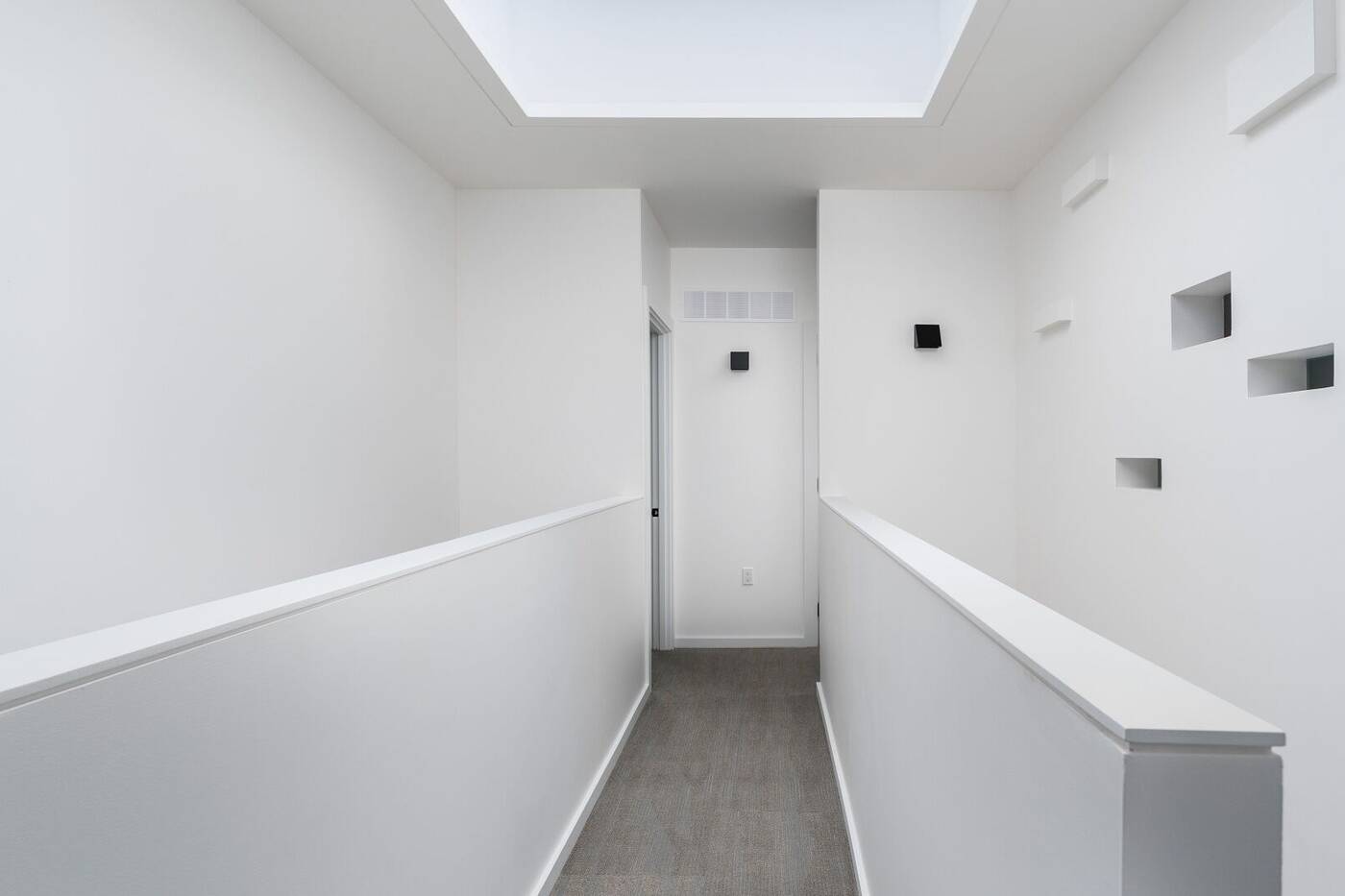 The over-sized skylight that brings light from the top floor to the basement. 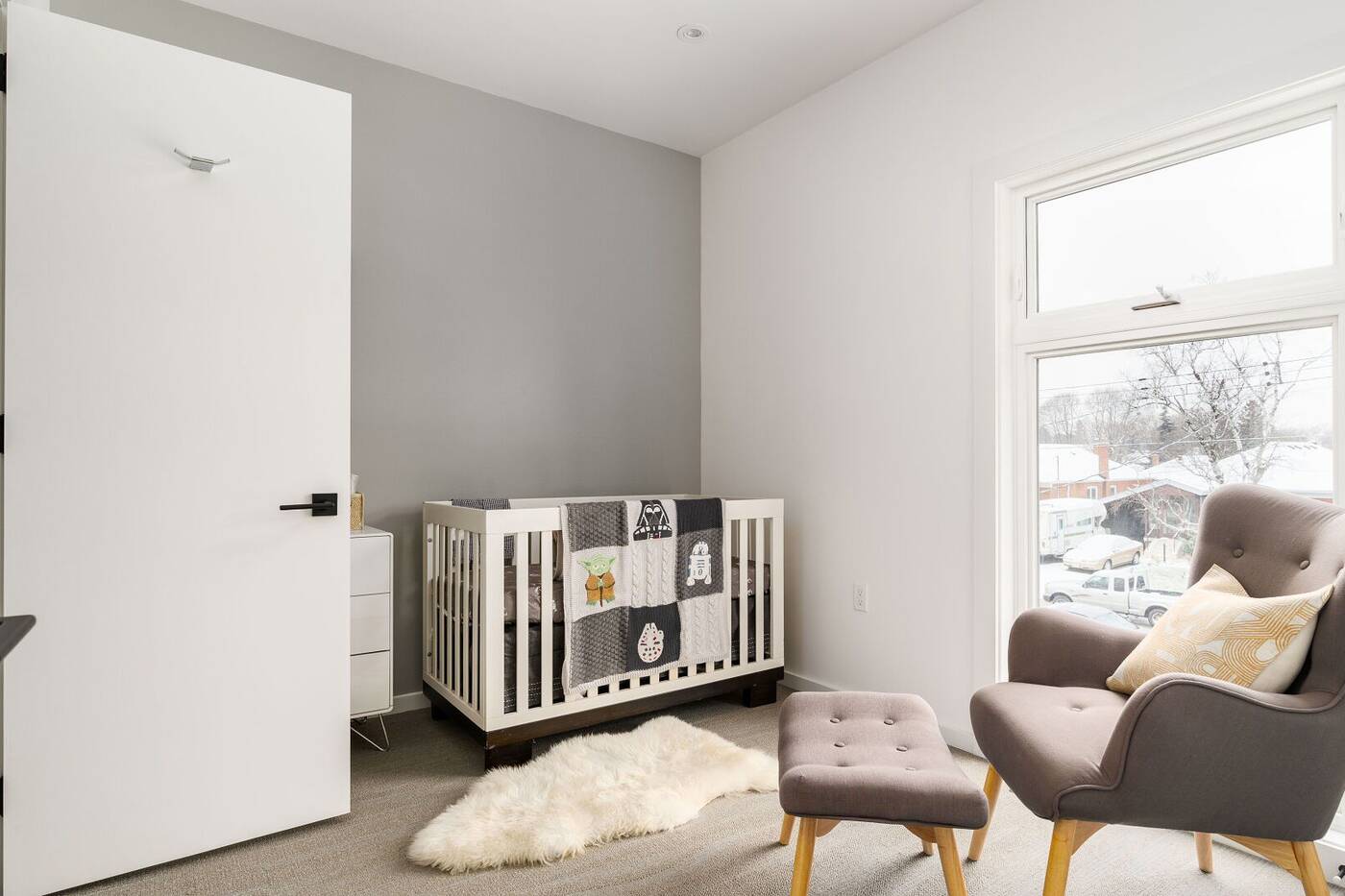 The home has three bedrooms, four bathrooms and 1,725 square-feet of indoor living space. 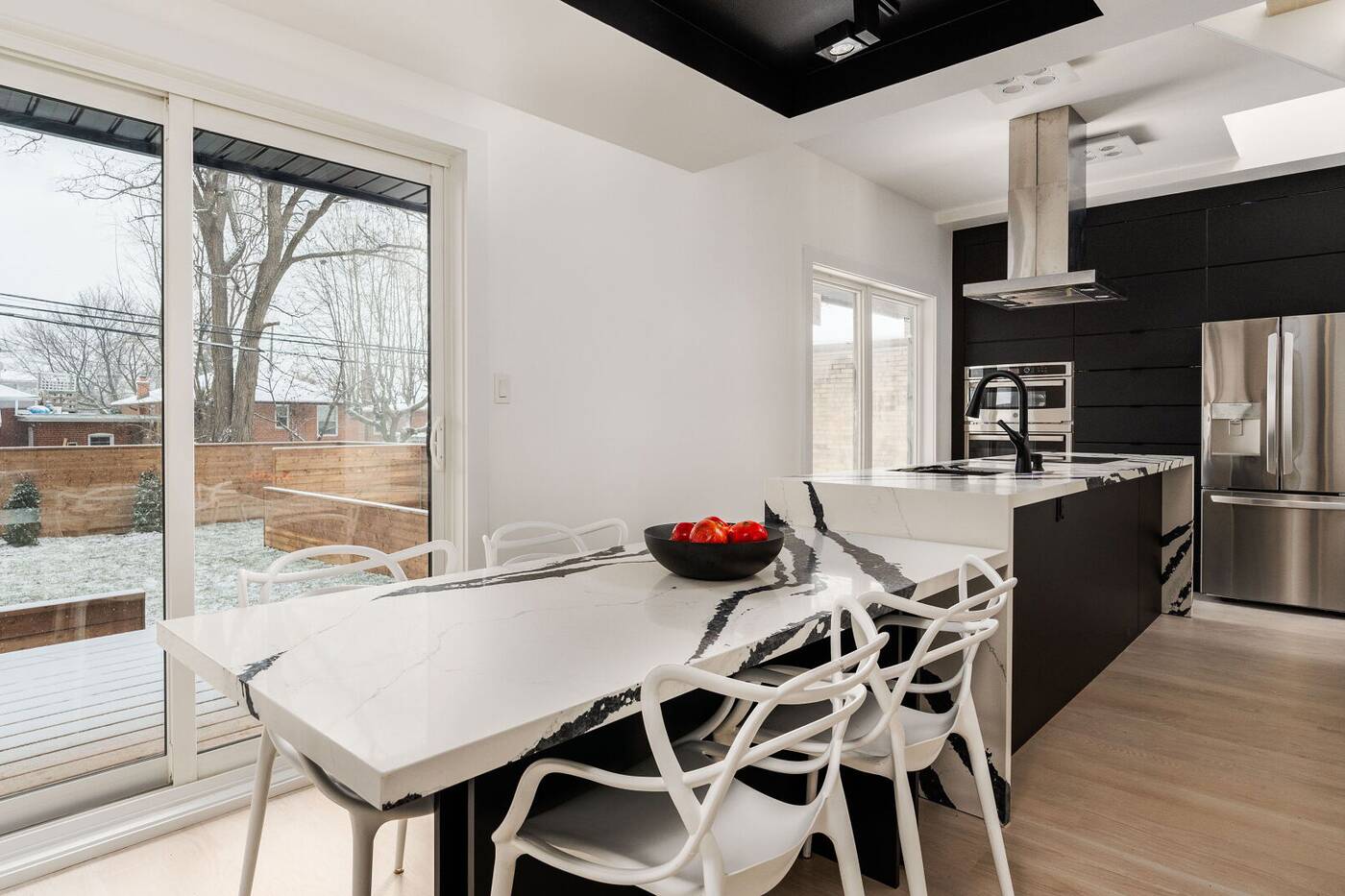 The kitchen with a Kstone Quartz Panda Island that functions both as a prep space and dining area.

The home makes excellent use of the compact space, especially in the kitchen with the integrated appliances and a whole wall of storage. 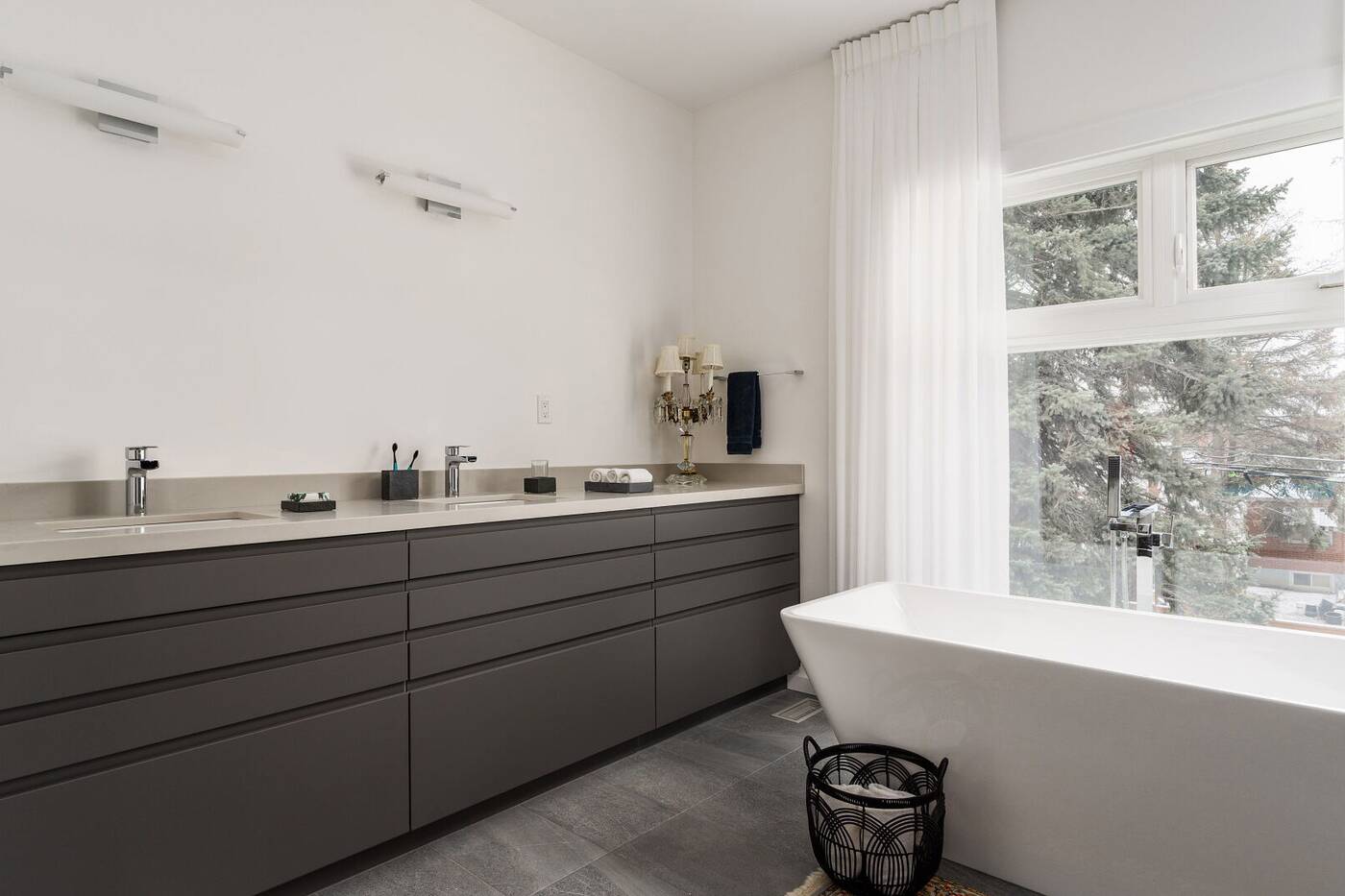 But despite the restrictions placed on the architect, there's no shortage of luxurious space. 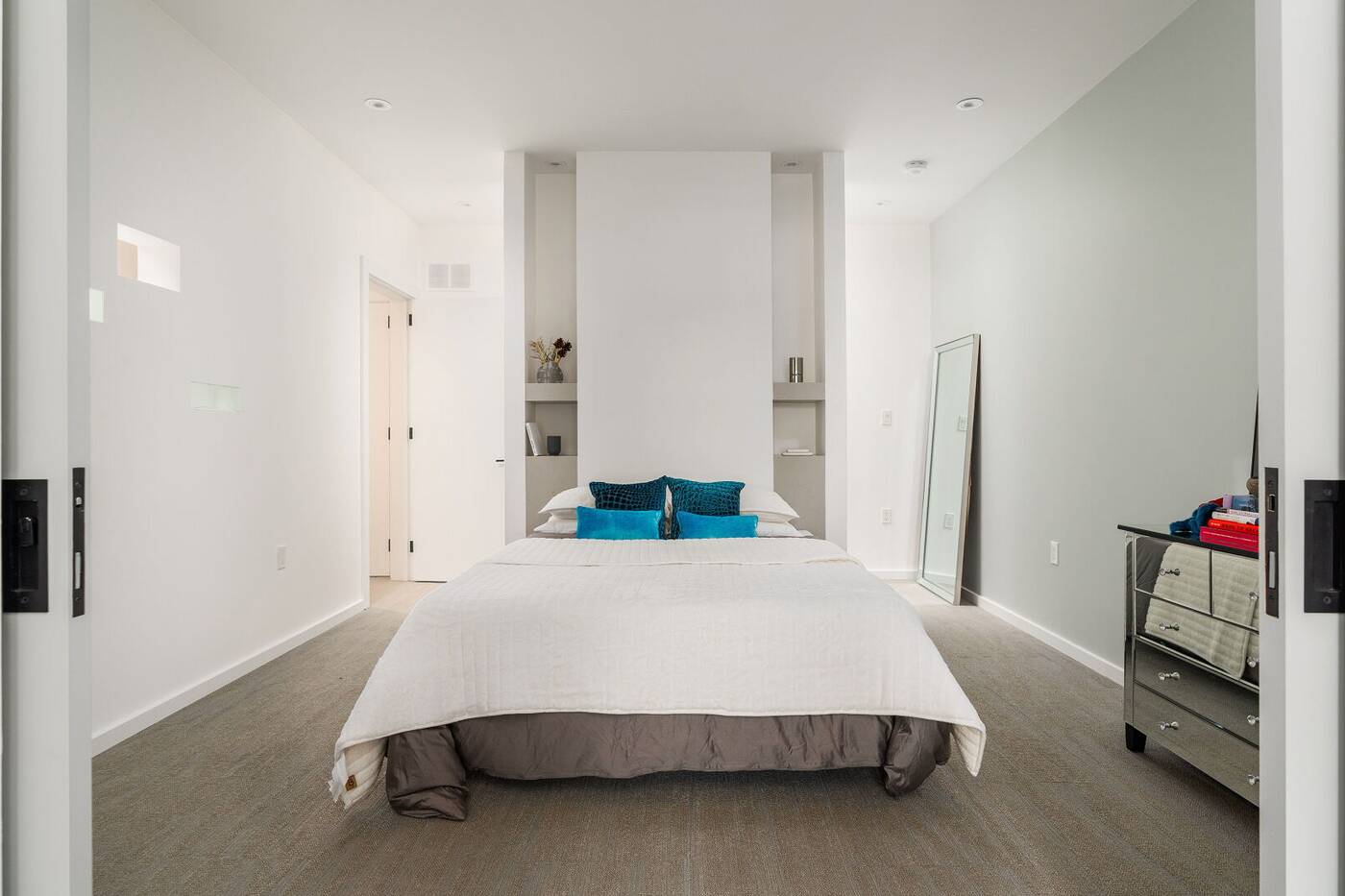 For example, the primary bedroom boasts two walk-in closets and a large ensuite. 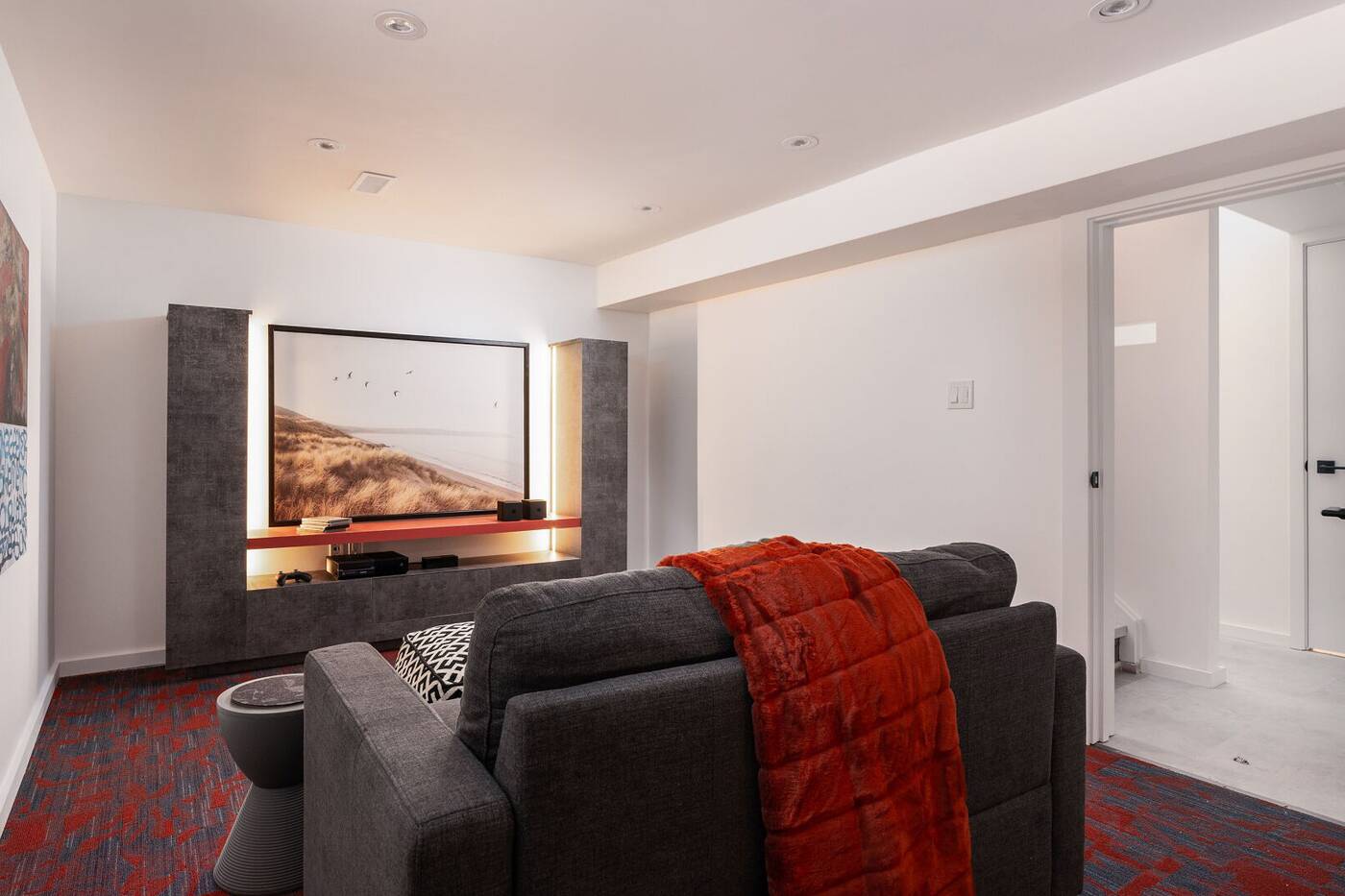 In the basement there's more space with an office and a media room. 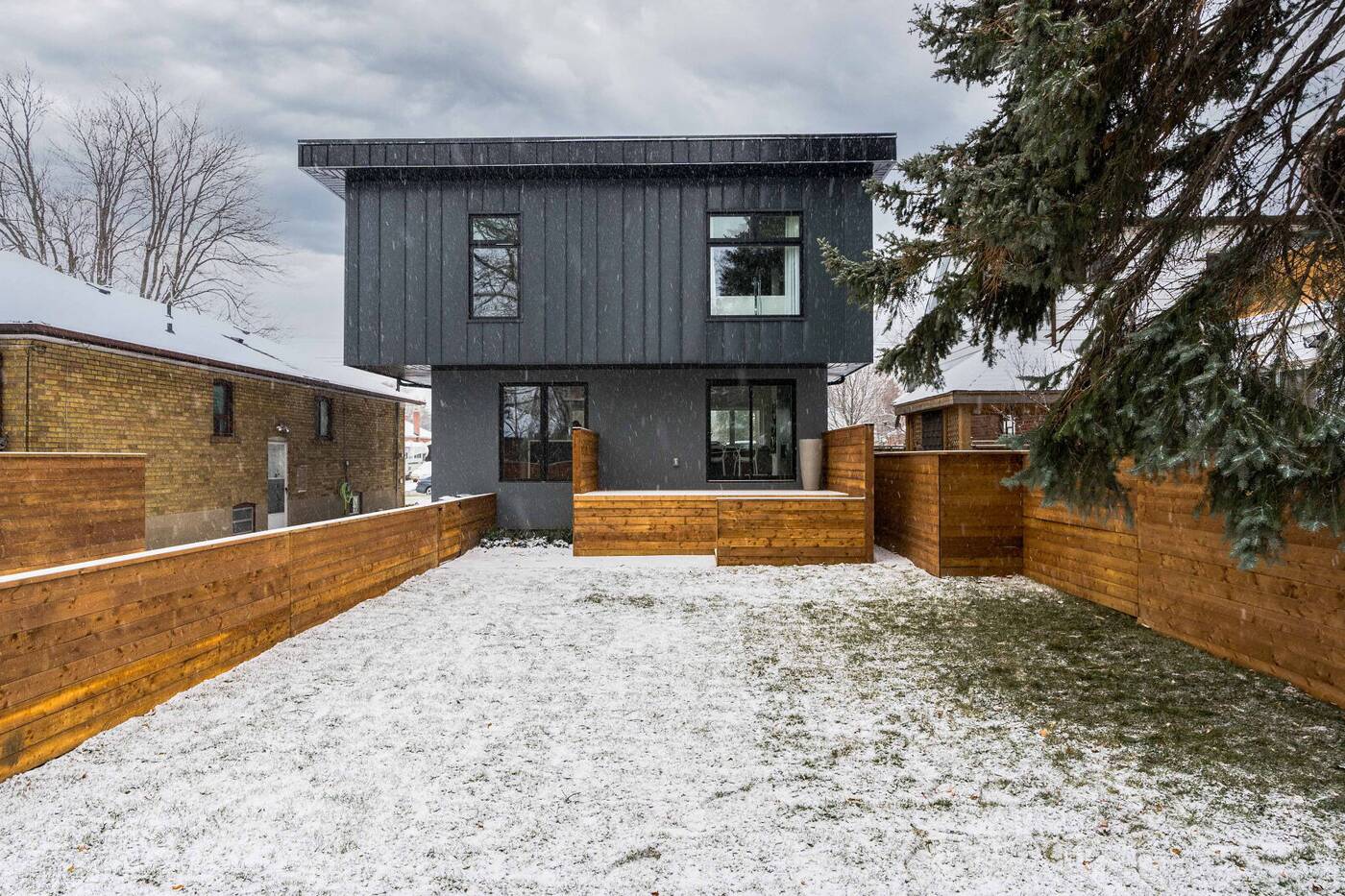 And since the home sits on a 125-foot deep lot but has a small foot-print, this property is graced with a large backyard. 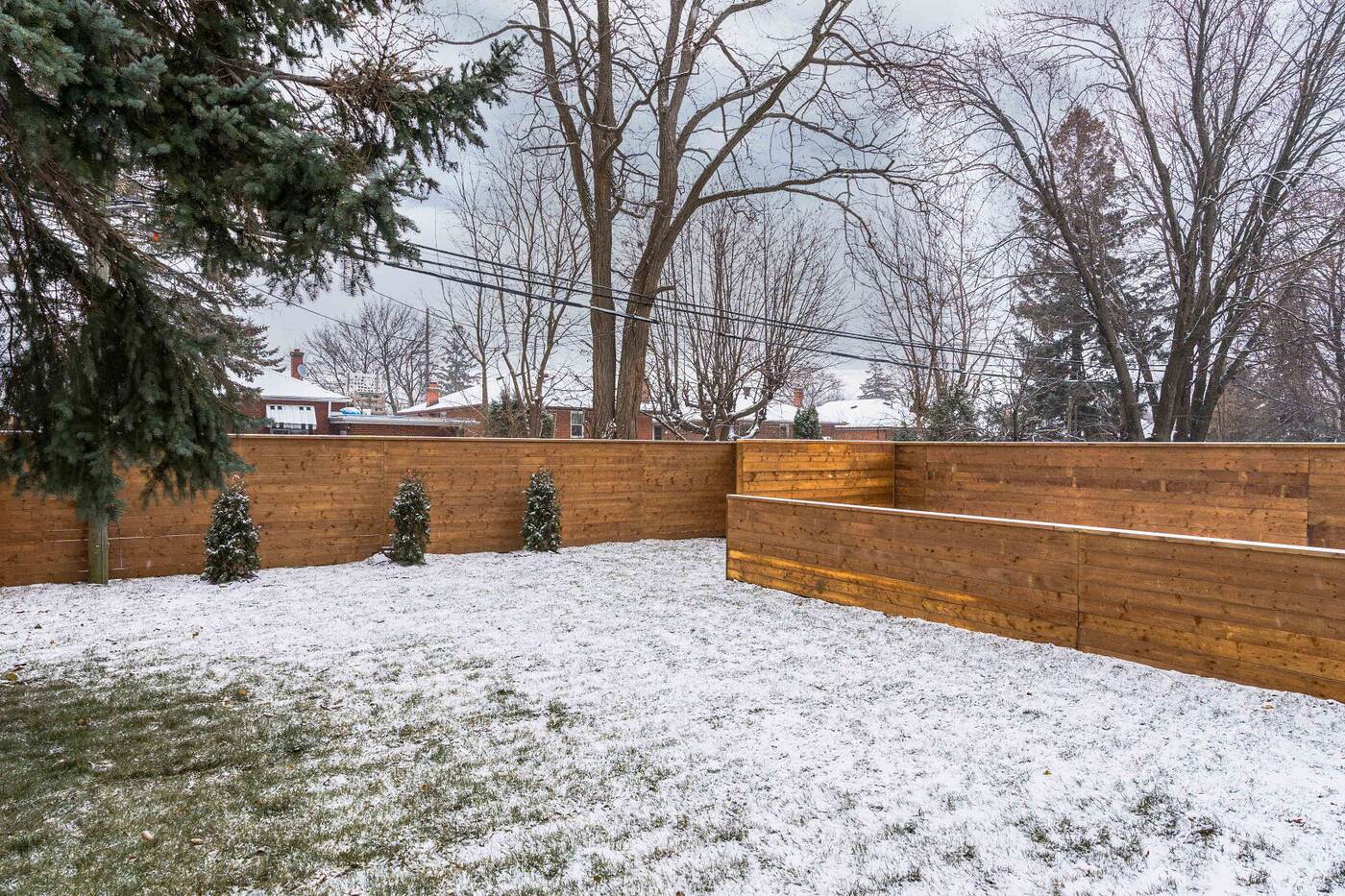 There's a rough in for security cameras.

The only downside to 89 Lynvalley Cres. is there's no garage, but there is enough room to park five cars so it's not all bad.