Another Toronto family has joined those fleeing city life for something more affordable and quiet, but they have a lot of work ahead to make their country church a home.

West end Toronto residents Tao and Andresa Drayton bought an old Anglican church near Hamilton in June and say it is a dream come true.

"I've always wanted an open space, they're so beautiful they have so much history. And all made by hand with love," Andresa tells blogTO.

The couple are both tall with four tall children aged 12, nine, six and four, and felt the need for space.

"We love the high ceilings and loft kind of feeling, the architecture of churches (and) everything that went into them," Tao says.

When lockdowns hit, they moved out of the city to be with family. Their children liked having more time outside and connecting with nature while they were away. So they started looking for a church to renovate within one hour of Toronto.

"We grew up outside the city, more north of the city and we're interested in giving that kind of life, at this point, for our children," Tao says. 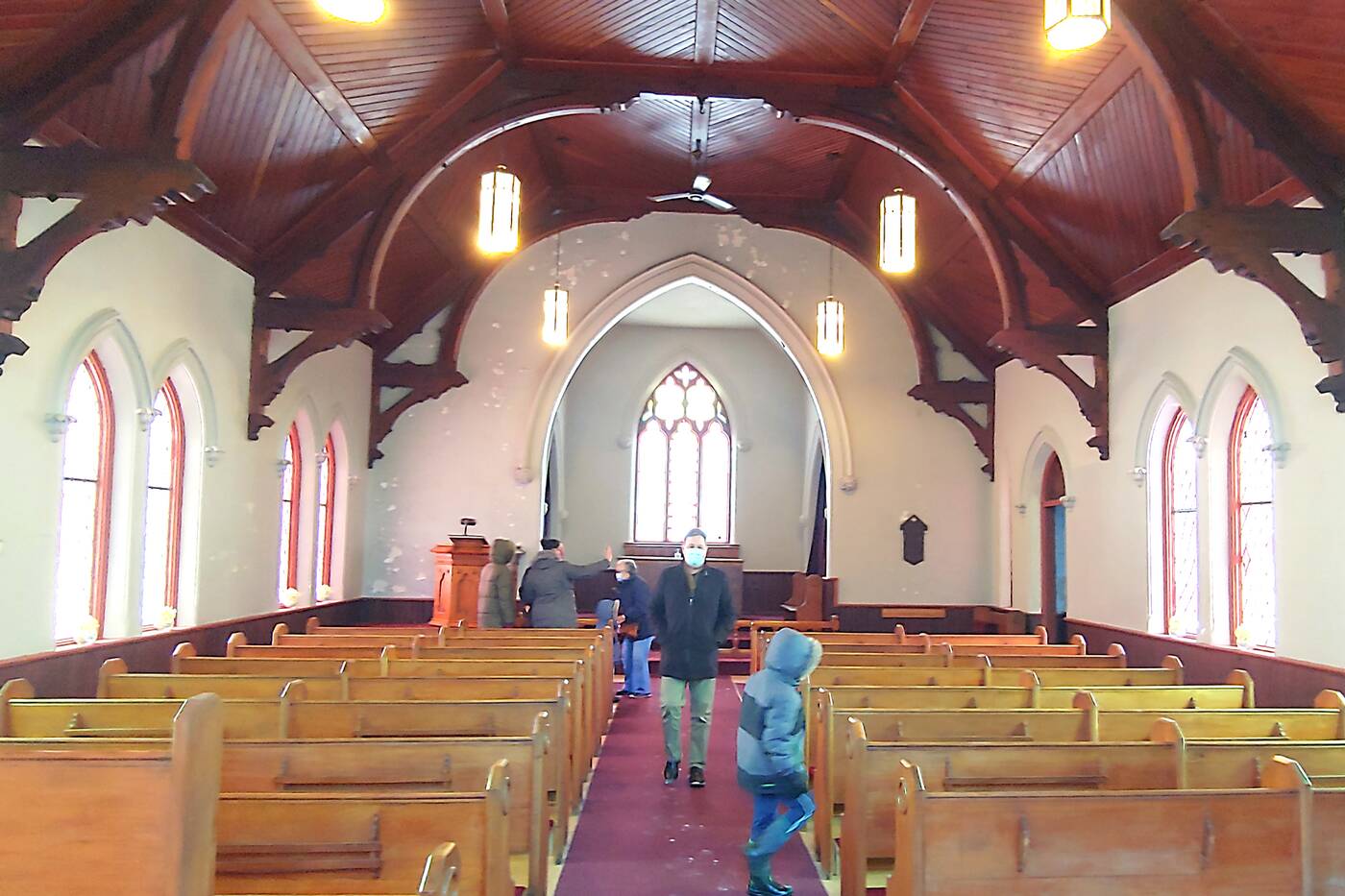 They finally found the former St. John's Anglican Church in York, a small community along the Grand River. The 1,800-square-foot church was built in 1891 and had been vacant for 13 years before they bought in June.

Tao works in renovation and the church needs work. There is extensive mould and the bell tower was nearly falling over. They want to keep the main sanctuary intact with as much of its original features as possible, including stained glass windows, so they are putting on additions for family bedrooms.

They are posting about their renovation journey on Instagram.

Right now, the family is living in a rental townhouse in Toronto and hopes the work will be done by summer so they can move in before school starts in the fall.

In addition to all the renovation work, the church also came with The York Cemetery, which was established more than 200 years ago and must be maintained. It was a two-for-one deal that might have discouraged many people from buying the church.

"We had to buy both, like we couldn't have opted out of one," Andresa says.

The Bereavement Authority of Ontario had to approve the purchase.

"It was a really steep learning curve for us," she adds.

And they are now responsible for caring for the cemetery, which still has plots available for sale. The cemetery is behind the church but not too close.

"We get to be caretakers of the cemetery, and it's a kind of an honour in a way because a cemetery has to be a cemetery as long as Canada is Canada," Tao says.

Taking care of the cemetery is worth it to get the church in the beautiful location near the river on an acre of land, he says.

"That is also why we were looking farther afield — we have four giant children... So we just couldn't we couldn't fit in the city and we couldn't afford to buy in the city."

In addition to making the family home, the couple has the church they have always wanted.

"It was just always a dream, the quiet, the quality and how they were built," says Tao. "They're built to be special."