Over 90 years after opening its doors for the first time, an early skyscraper in Toronto's Financial District is welcoming tenants once again, the 18-storey, Art Deco office tower reborn through a major restoration and modernization project.

Formerly known as the Canada Permanent Trust Building, the 1931-built tower at 320 Bay Street was purchased by Menkes Developments and the TD-owned Greystone Asset Management in early 2019, their purchase coming with the announcement of a revitalization to bring the property back up to Class A office standards.

The new owners have since embarked on and largely completed a year-and-a-half-long restoration of the building's vintage exterior and modernization of its 300,000 square feet of office space, including significant upgrades to the almost century-old mechanical and electrical systems.

But it's the exterior work that's really impressive, cleaning generations of filth and grime off the edifice, similar to the cleaning of Union Station's Front Street facade a few years earlier.

The before and after is a sight to behold, a view from November showing the now-cleaned limestone exterior as it would have appeared in the Depression-era it was constructed.

Now relaunched with updated branding — a website has been launched with the building's new banner of The Permanent — the historic skyscraper started welcoming new tenants in the second quarter of 2021 as construction continued.

Sweeny &Co Architects led the design of the modernization, with the interior work taking extreme care to preserve the heritage details that make the building special, including an ornate banking hall, finished in sparkling marble. 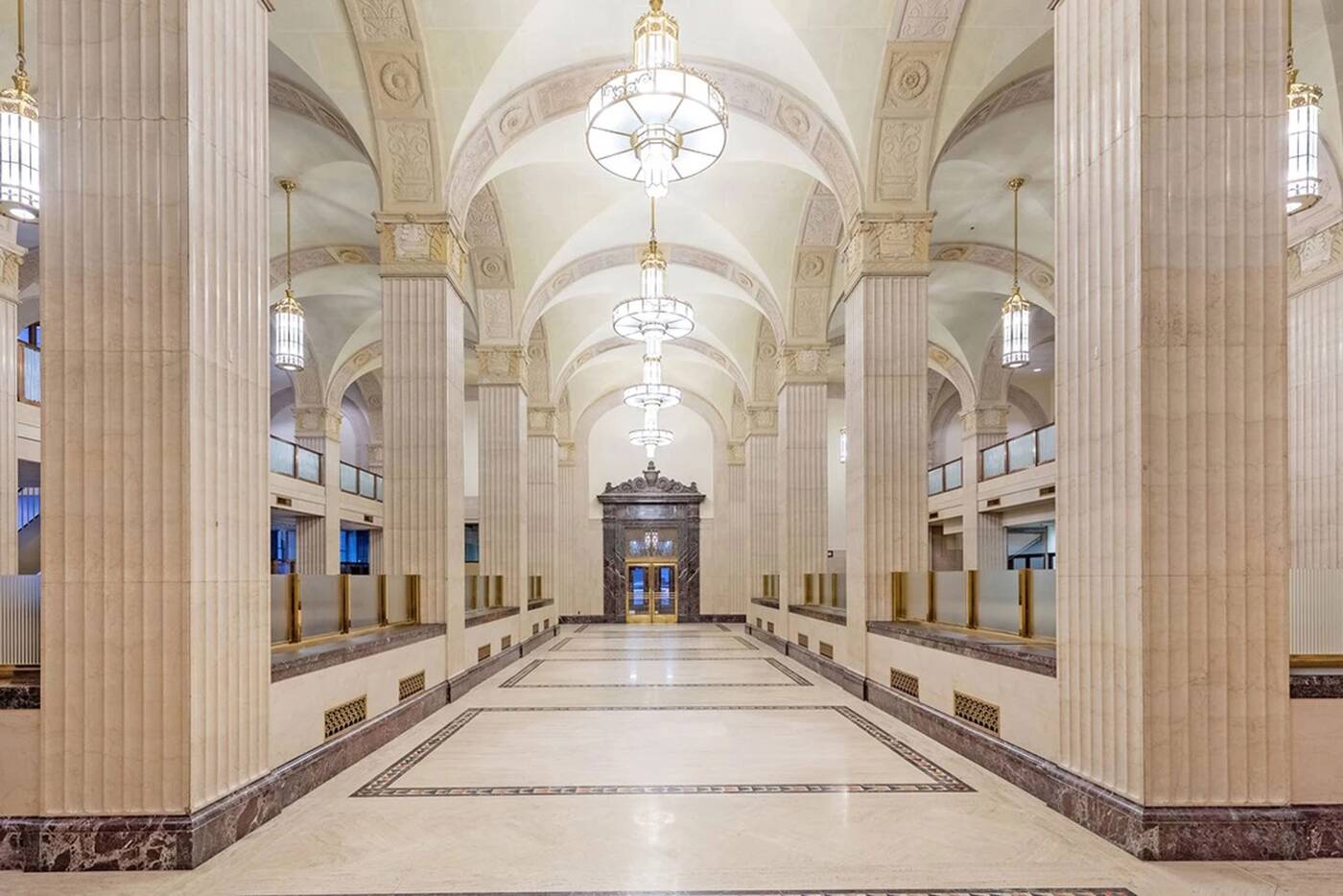 The banking hall at The Permanent retains its Depression-era charm. Photo via koolspace.

A leasing page for available space at the base of the tower reveals the preserved details within and around this banking hall, a truly gorgeous space that many walk past every day and never get to fully appreciate from the inside.

Modernizing an aging skyscraper clearly came with some risks, though, as one electrician was reported to have suffered serious injuries at the scene back in March 2020.