The former Novotel Toronto was leased by the city and converted into a temporary homeless shelter in early 2021, and just shy of a year later, a development proposal hinted at the coming end of the current eight-storey building at 45 The Esplanade.

Weeks after the initial details about the Novotel development emerged, we're now getting a clearer picture of the redevelopment proposal from Republic Developments and Silver Hotel Group that would replace the hotel building with a two-tower complex containing condominium suites and a new hotel.

Designed by architects IBI Group, the complex is planned to consist of a pair of 36-storey towers joined by a seven-storey base, featuring shimmering gold finishes, sawtooth balcony patterns, and prominent crowns with flowing curves. 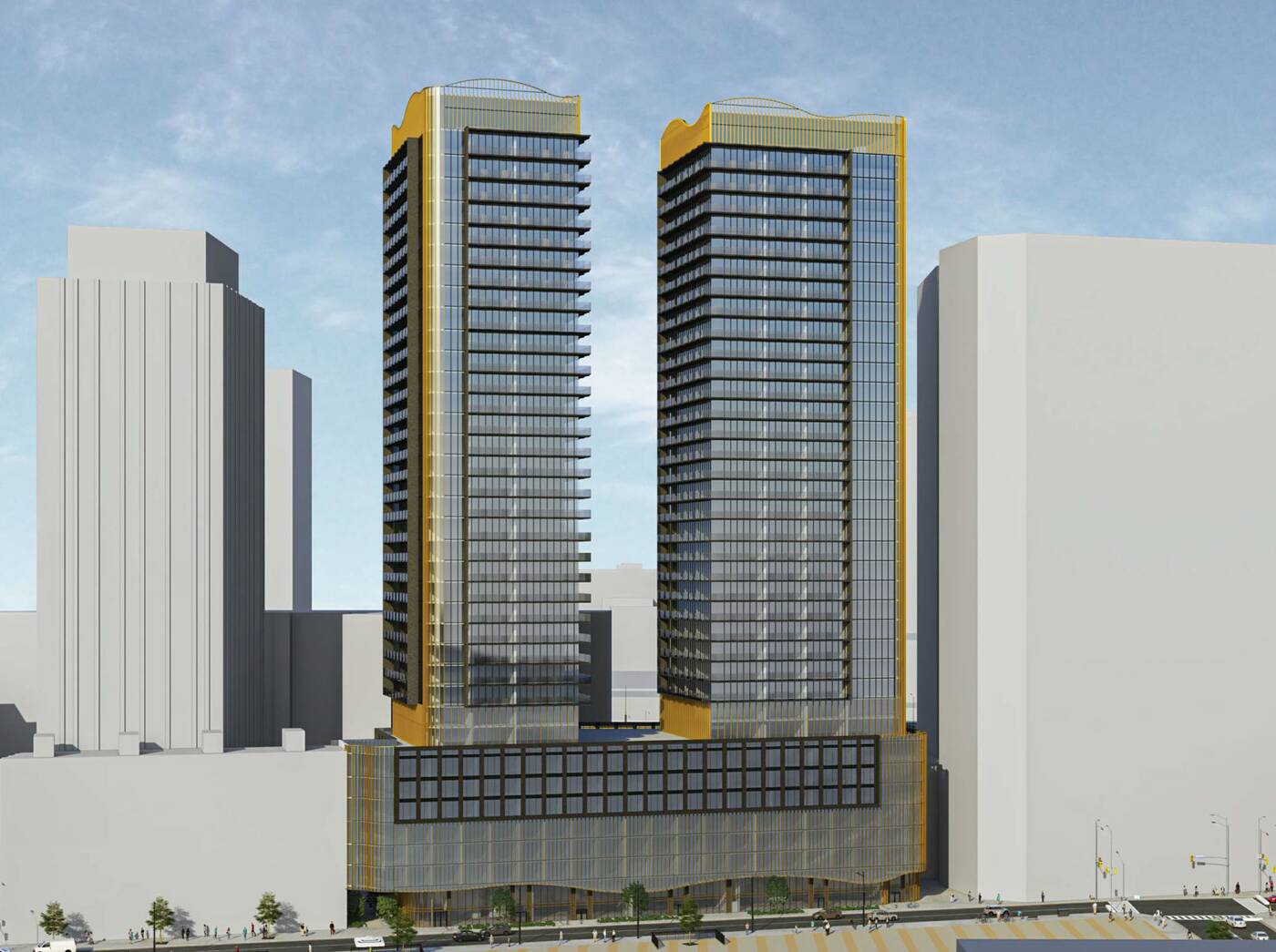 Looking southwest to 45 The Esplanade. Rendering by IBI Group.

The tower would meet The Esplanade with a pair of retail spaces combining for 585 square metres, as well as lobbies for the hotel and condos above. Hotel uses are to be concentrated on levels two through five of the podium, with a total of 138 suites and various back-of-house spaces. 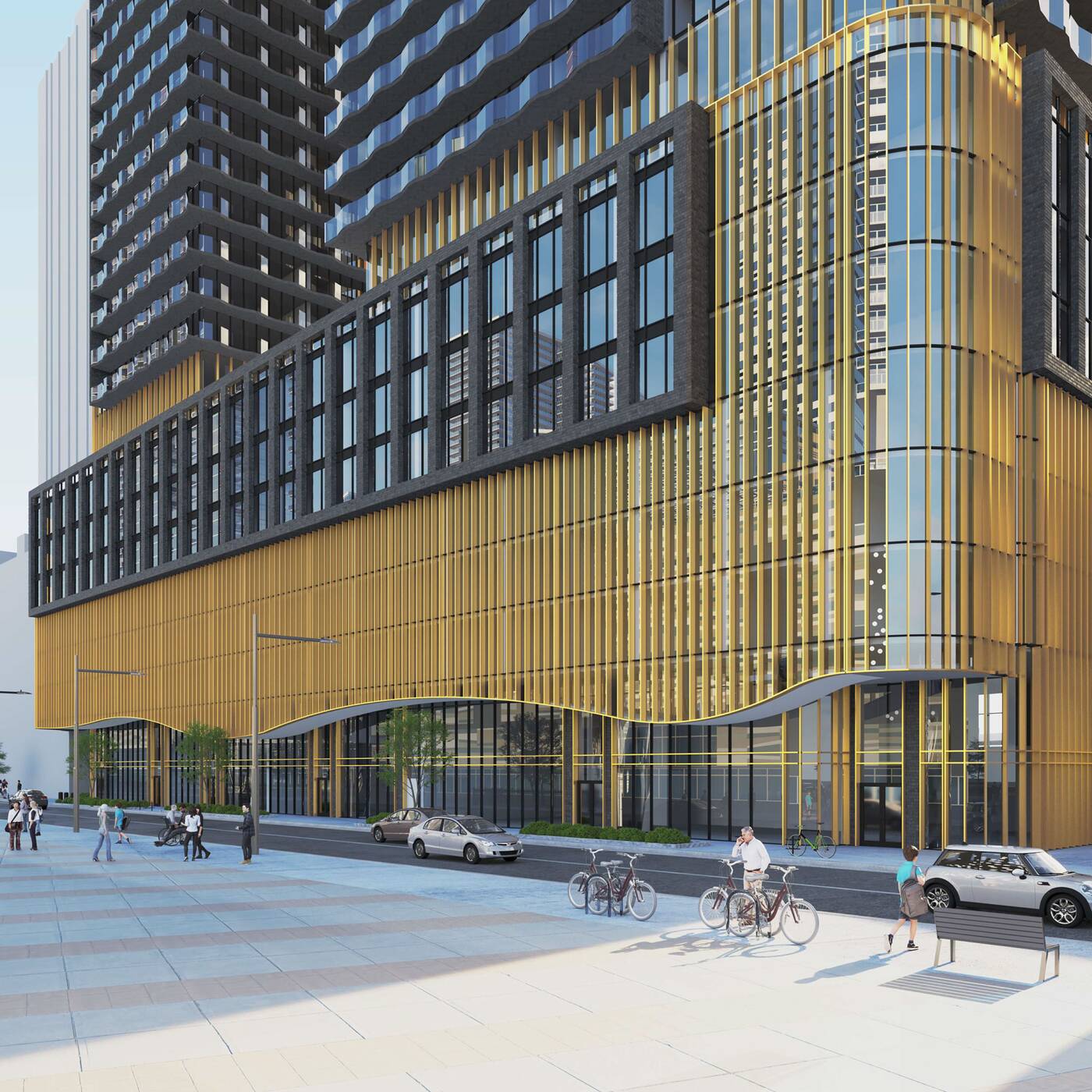 View facing southeast towards the podium at 45 The Esplanade. Rendering by IBI Group.

It is currently unknown which brand the hotel would operate under, but Novotel owner and co-developer Silver Hotel Group also owns the Anndore House and Radisson Blue Downtown hotels within Toronto, as well as a handful more in the surrounding region.

In the meanwhile, the Novotel is planning to re-open this spring within the existing building, redevelopment of the property likely still a few years off. 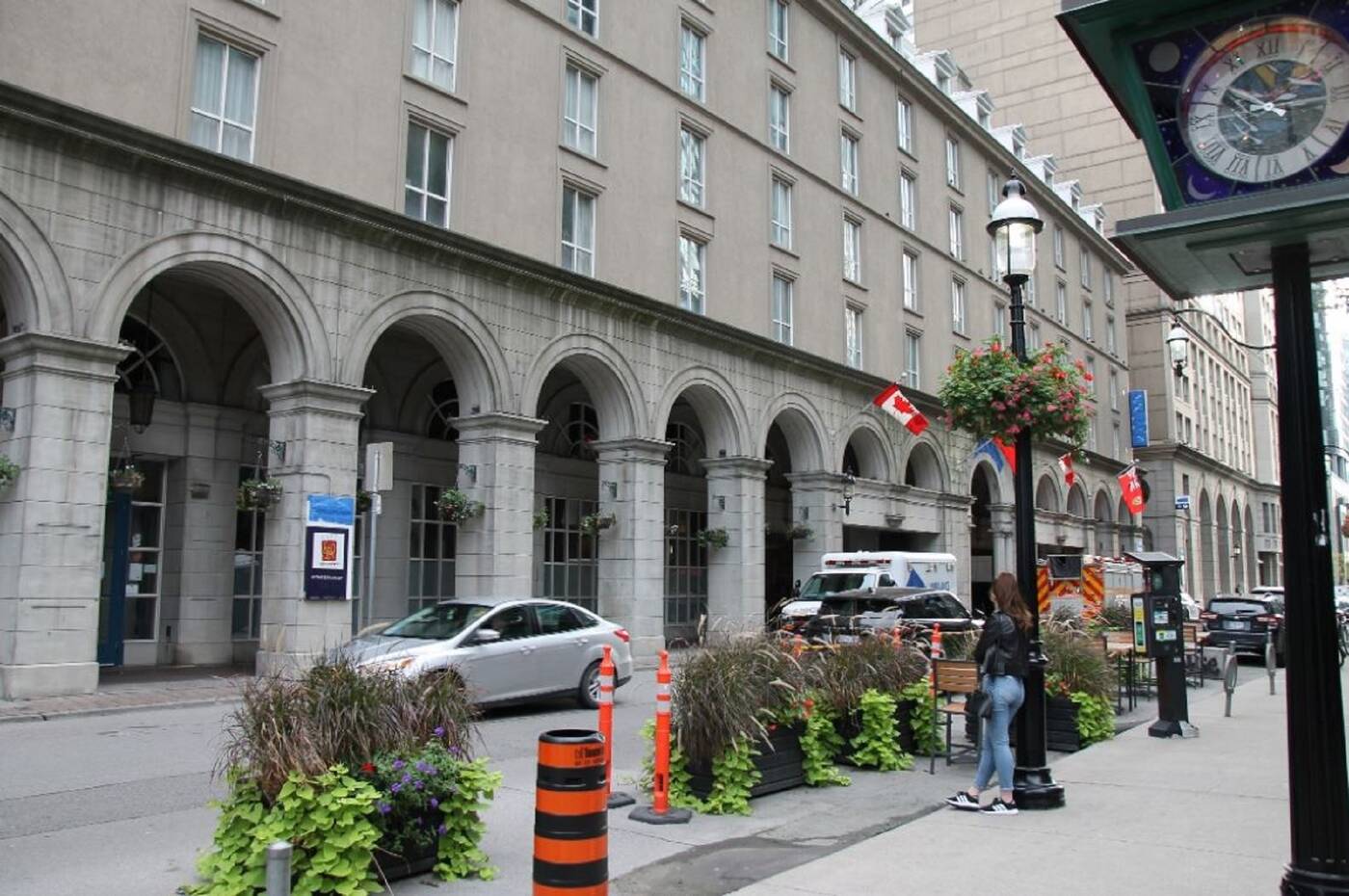 Current Novotel hotel along The Esplanade. Photo via IBI Group.

Above the new hotel component, the upper floors of the podium are planned to contain a mix of condos and amenity spaces, though the majority of the 682 condo units would be housed in the towers above. This total is planned in a mix of 388 one-bedrooms, 226 two-bedrooms, and 68 three-bedroom units. 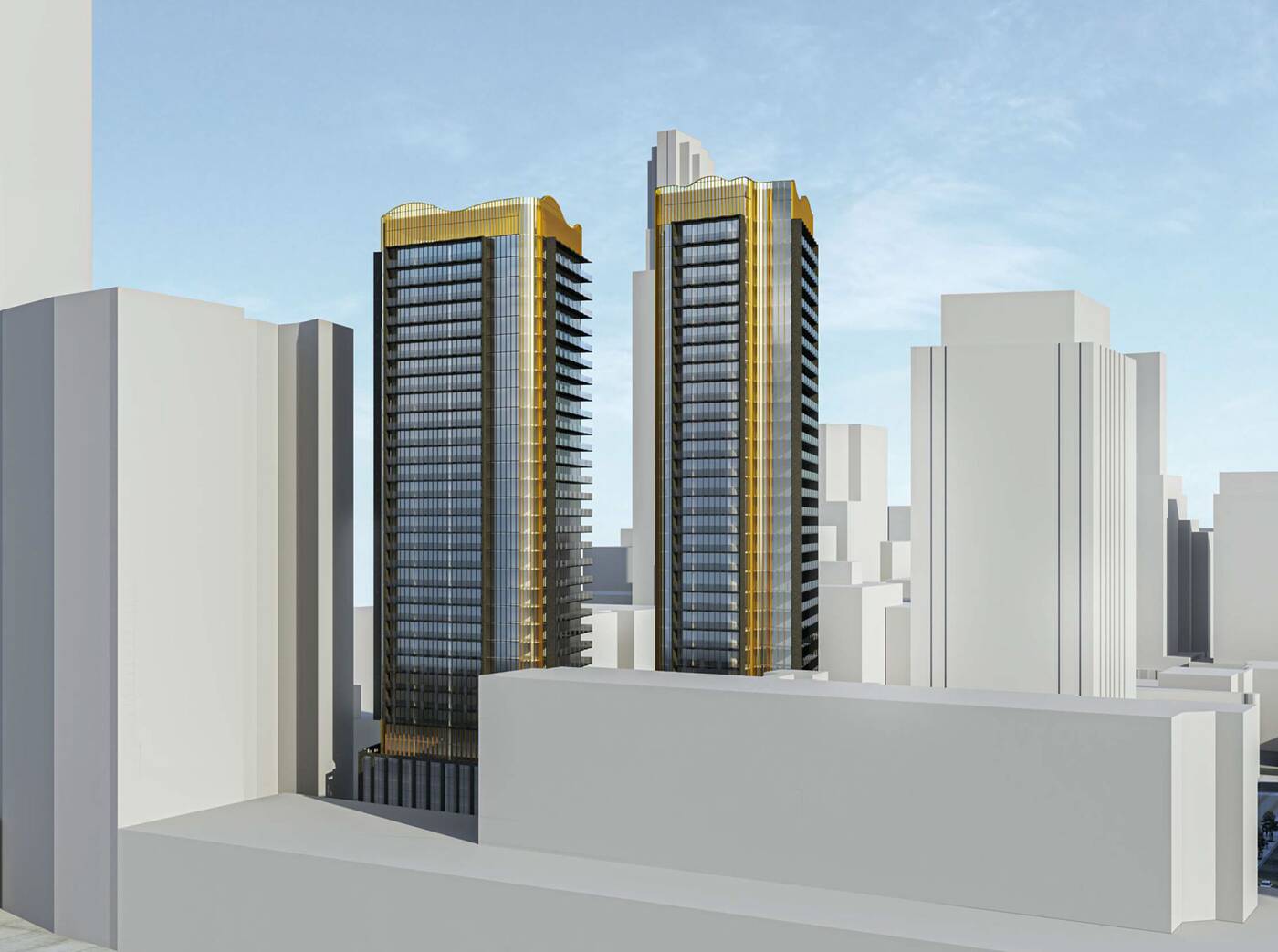 Looking northwest to 45 The Esplanade. Rendering by IBI Group.

If approved, the towers would bring a significant infusion of residential space to the neighbourhood while maintaining a hospitality use at the site with the inclusion of new hotel space.

Still, such a redevelopment would come at the cost of the existing building's Haussmann-style Parisian charm, which combines with the similar architecture of the flatiron-style condo next door at 25 The Esplanade.