For those of us who would contend that Toronto has little-to-no respect and appreciation for its few historical buildings, there is the counter-argument of the developer favourite, the facadectomy.

If you've ever wondered about the very peculiar sight of a thin brick exterior being propped up in front of a massive pit, or the Frankenstein-esque structures that are the end result of such construction, you're certainly not alone — Toronto has more than a handful towers in this style, and is about to get another. 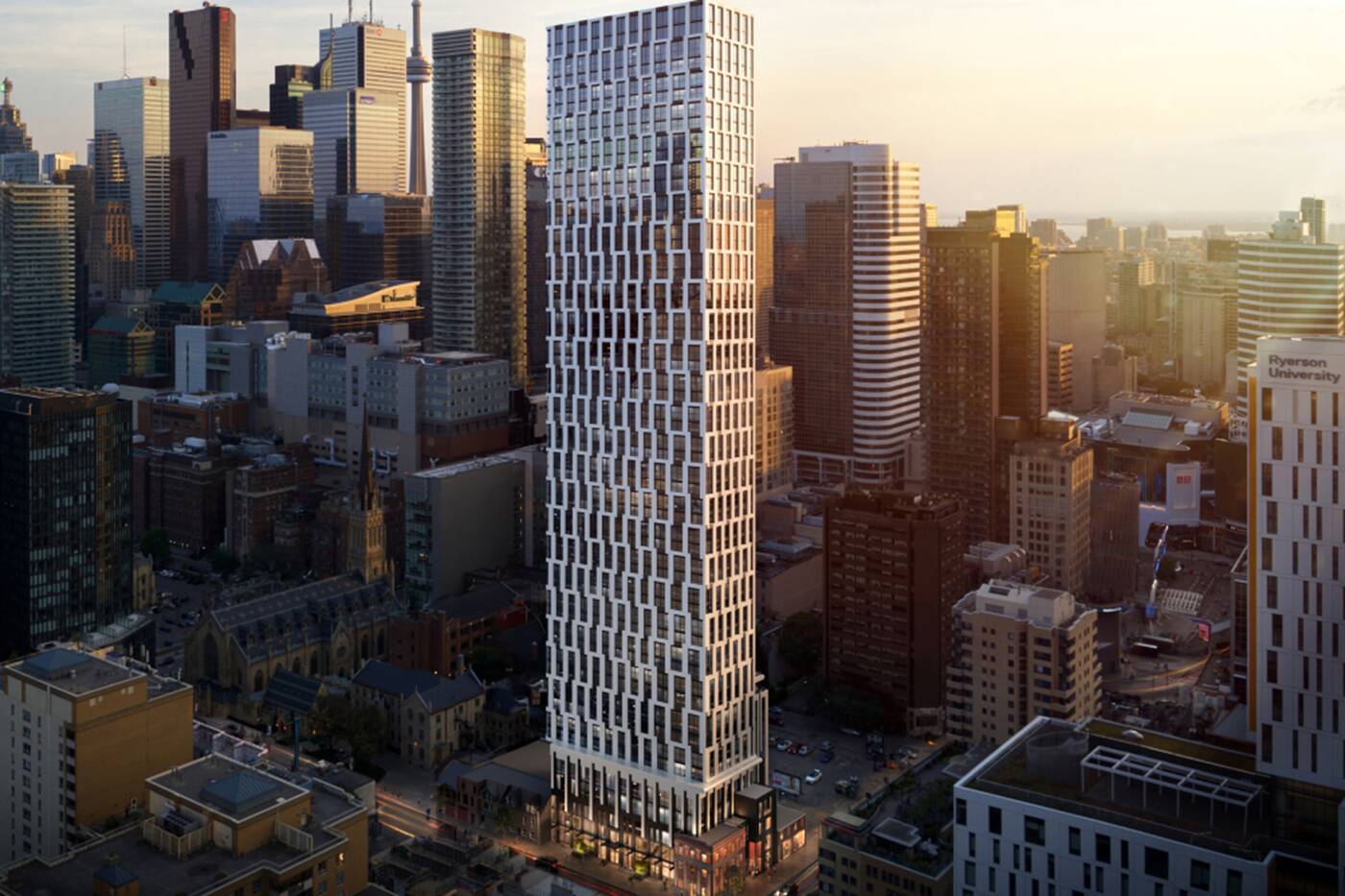 The modern tower will rise behind the facade of a 1913 bank. Renderings by IBI Group and GBCA Architects for CentreCourt.

A new project slated for the corner of Church and Dundas Streets will attempt to incorporate an old Beaux-Art Classical bank into a shiny new 54-storey condo building, and the renderings are certainly... interesting.

The three-floor Sterling Bank Building at 252 Church was designed and by famed architect John M. Lyle back in 1913, and has been recommended for Heritage Register designation.

Though the modern skyscraper that will be erected atop the landmark is certainly incongruous with its existing architecture, it is fitting with what has become the dominating aesthetic of Toronto's downtown in recent years.

It also helps to fulfill the undeniable need for more housing in the ever-growing and ever-more-expensive metropolis. 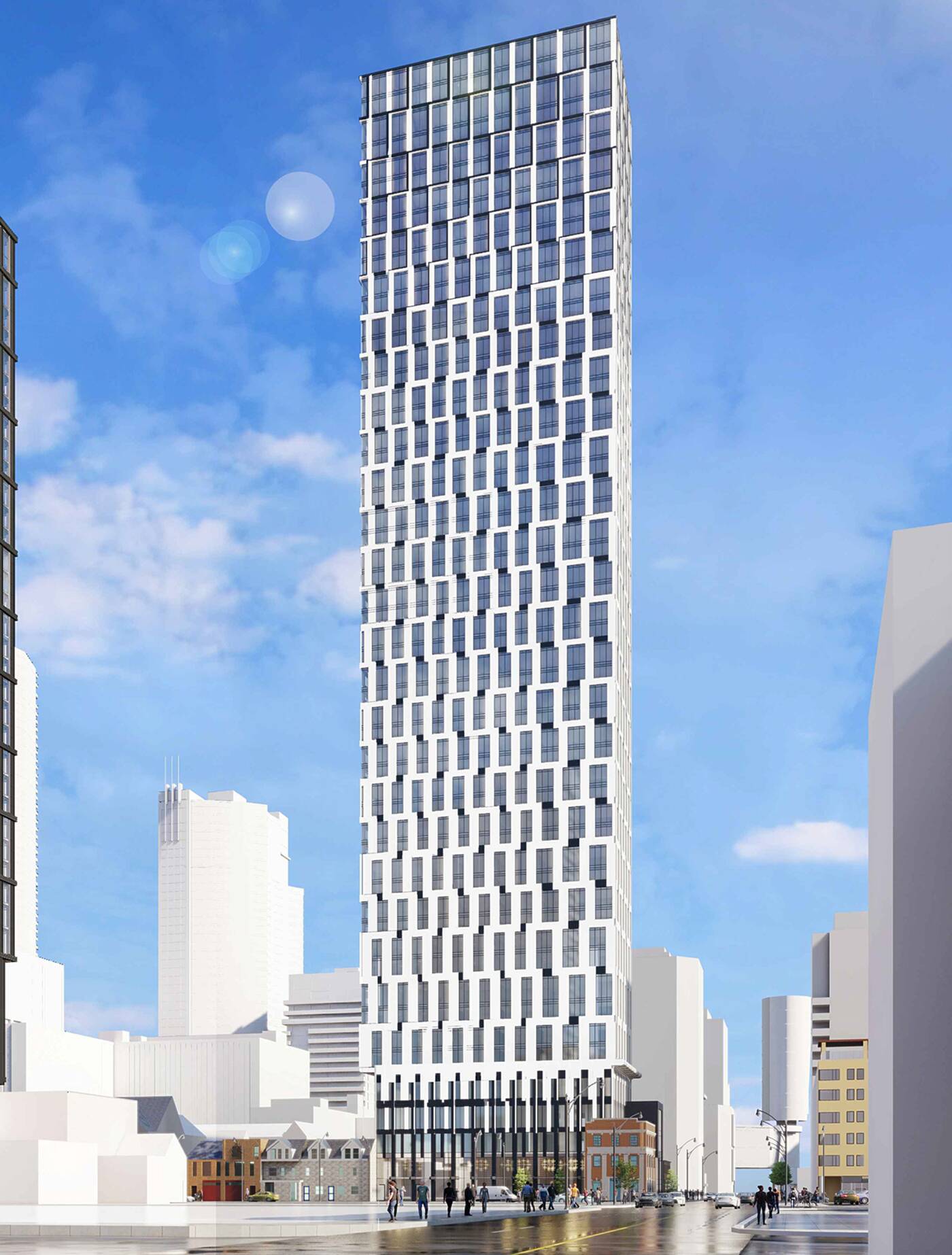 The white-and-black metal "fishscale" building will put 54 storeys of residences behind the existing three-storey structure. Renderings by IBI Group and GBCA Architects for CentreCourt.

IBI Group and GBCA Architects, who are behind the new development from CentreCourt, vow to fully restore the historic building and integrate it with the modern structure, which will have "an interplay of inverted U-shaped white metal panels punctuated by black metal pixels playfully enveloping the building in a distinct fish-scale pattern."

The high-rise will feature 615-679 units and amenities like a 24/7 fitness centre, gold simulator, co-working space, and outdoor lounge, dining, BBQ, pet and games spaces. There will also be more than 2,000 square feet of ground-floor retail. 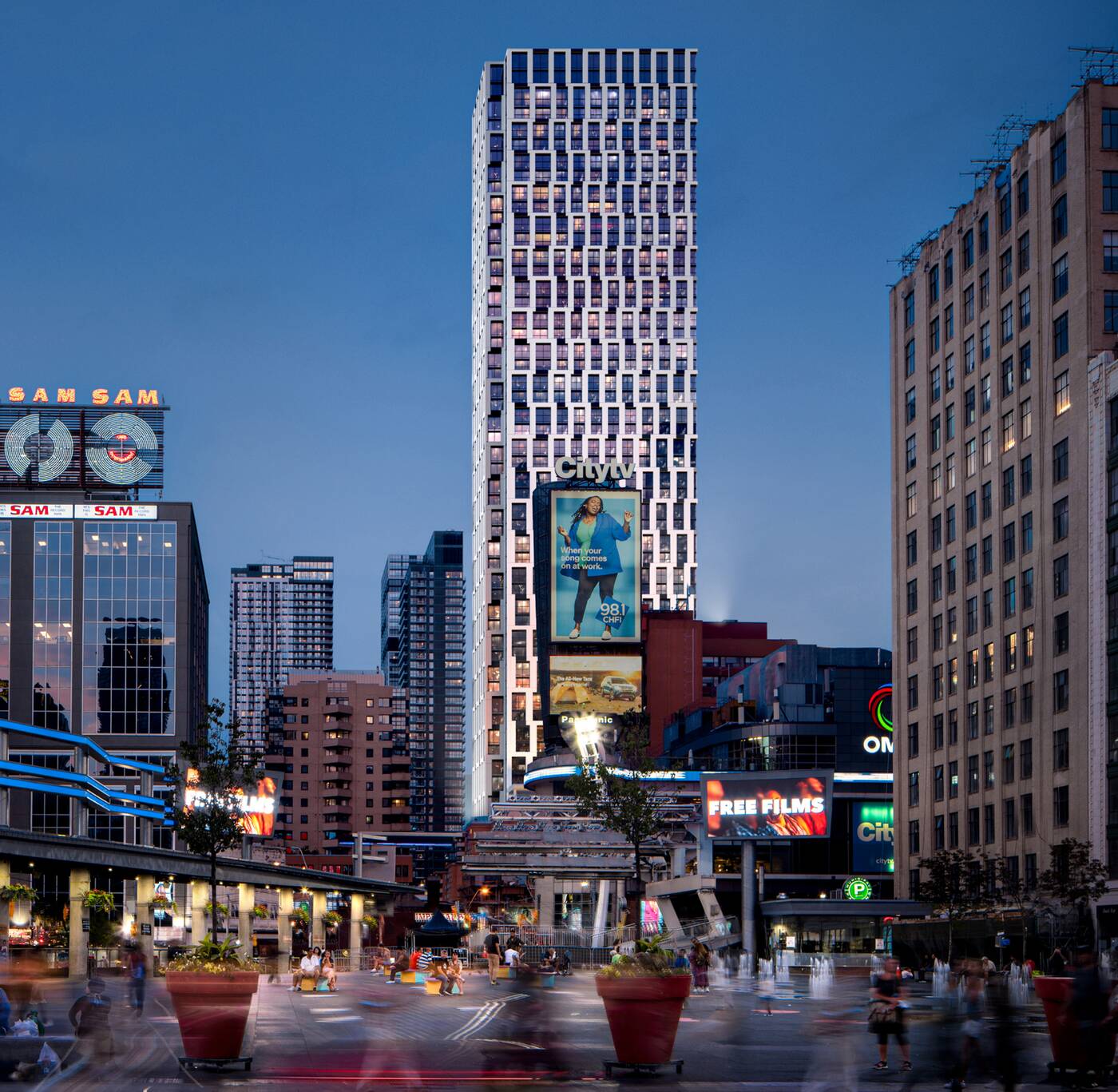 The tower will change the appearance of Yonge-Dundas Square, dominating the skyline when looking eastward. Renderings by IBI Group and GBCA Architects for CentreCourt.

The location, in the heart of downtown and steps from transit, shopping, dining, and Yonge-Dundas Square — which it will alter the look of, when facing east — will undoubtedly make it one of the city's more in-demand new housing projects.

Renderings by IBI Group and GBCA Architects for CentreCourt