Toronto is getting yet another condo development that will attempt to meld new architecture with a heritage building currently on the premises.

The new 16-storey residential structure at 954 and 958 Broadview will contain 223 units, most of them one-bedroom, as well as as ground-floor retail in the revamped Estonian House, which will maintain its historic late-1800s facades from when it was originally built as a schoolhouse.

A south-facing tower will have a modern appearance comprised of mostly glass, while the larger back portion of the building, at only four storeys, will be more traditional red-brick. 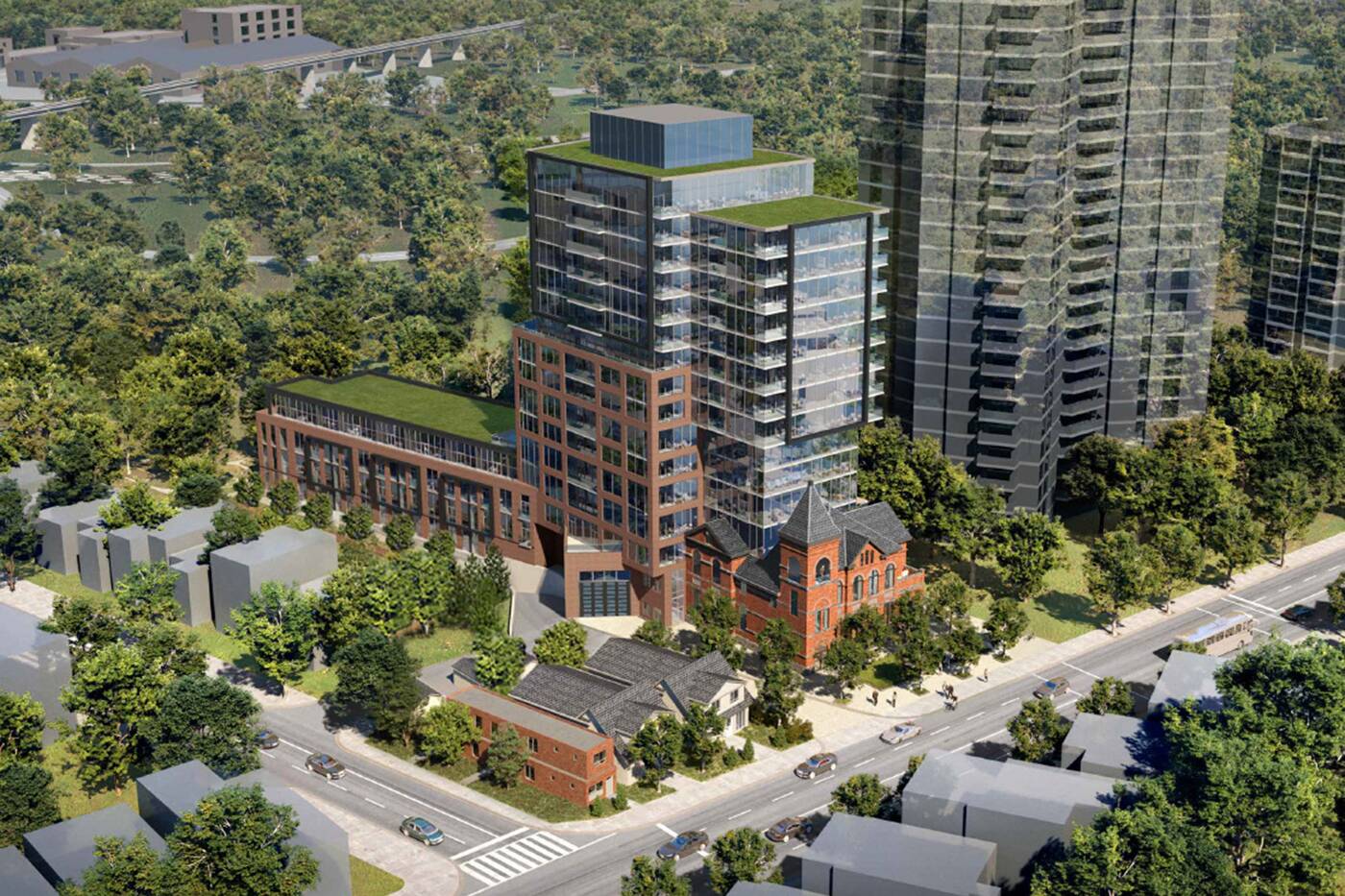 A look at the full development proposed for the historic site. Rendering by Graziani + Corazza Architects.

The plan for the site was originally a retirement complex before the property switched hands to Diamond Kilmer Developments, which is awaiting City approval for zoning and plan amendment applications.

Houses and parking currently on the site will need to be demolished to make way for the highrise, which will feature three levels of underground parking, gardens for ground-floor units and balconies and juliet balconies on higher floors, and amenities such as a gym, pet spa, party room, and rooftop terrace.

There is also a plan for some public green space, especially at the rear of the sprawling property.

Feelings about previous attempts at this Frankenstein-type combination of heritage facades with a new build have been understandably mixed, with recent examples being the quite hideous Massey Tower condo near Queen and Yonge and the forthcoming Palace Arms development at King and Strachan.