Like nearly everything, from groceries to gas prices, rents are on the rise in Toronto.

The median rent for a one-bedroom apartment in Canada's largest city is now at its highest point since November 2020, according to the December 2021 Canadian Rent Report from Zumper. The report analyzed hundreds of thousands of listings from November to come up with median rent prices across 23 of the largest cities in the country.

"Toronto one-bedroom rent reached its highest price point since November 2020, signaling a clear rebound in this rental market," the report reads. "It seems rental demand in the bigger metropolitan cities has returned with full force as many renters may be trying to snag apartments before prices climb even more."

No surprise that Vancouver tops the list at $2,100 for a one-bedroom apartment and $3,080 for a two-bedroom. 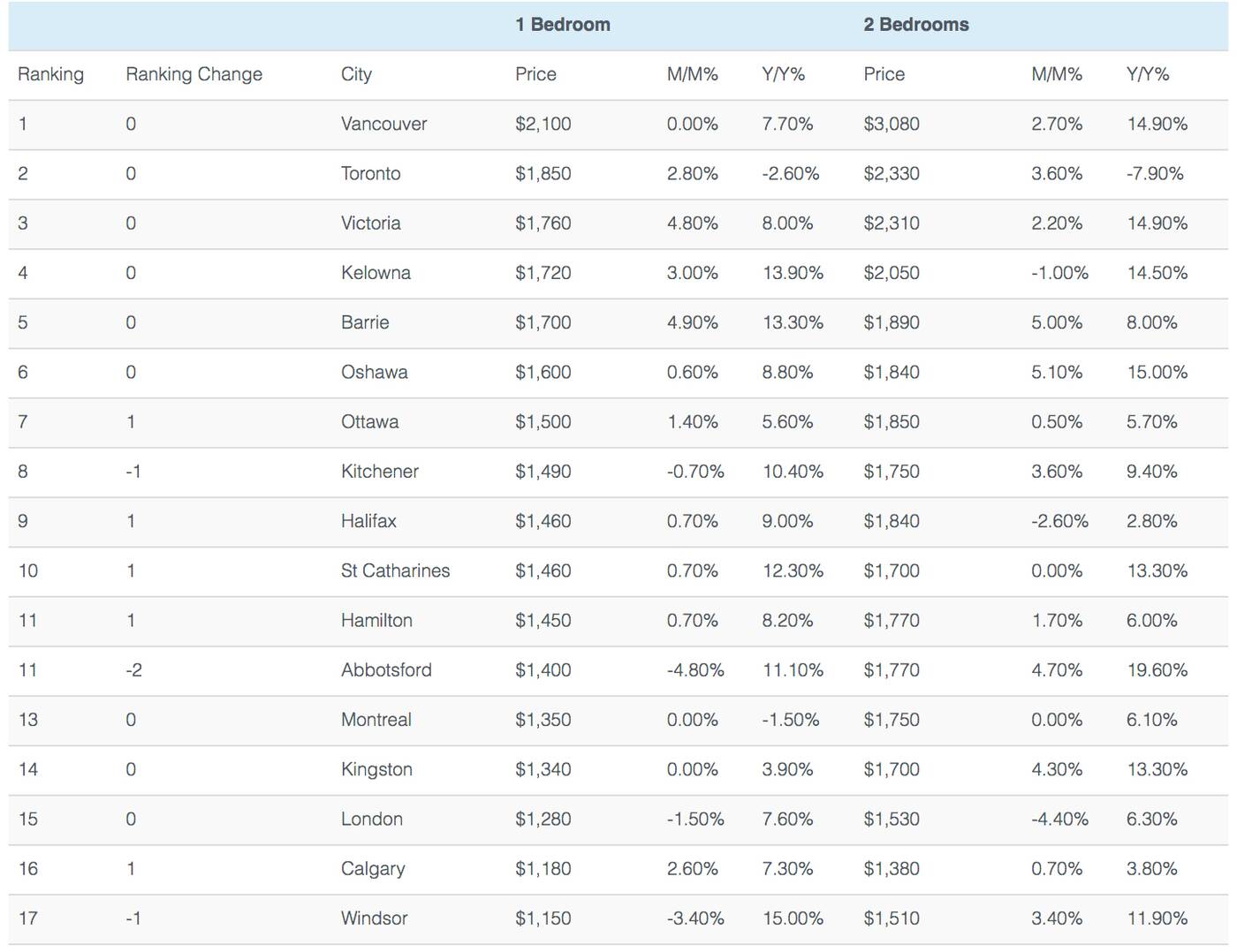 Just a few months ago Toronto's one-bedroom median rent prices were at $1,710, falling behind Barrie's $1,730.

Barrie's rent prices seem to be levelling out, however, and now stand at $1,700 for a one-bedroom. But the city is still in the top five. Close behind is Oshawa at $1,600.

The cheapest Ontario city on the list is Windsor, which saw one-bedroom rent declining 3.4 per cent to $1,150 from last month. But that could be because prices saw a sudden jump last month for the border city.

Kitchener also saw a bit of a drop, but by less than one per cent.

But both those cities saw increases for two-bedroom apartments.

If you are looking for a new place to rent, it's still a good time — rent prices are expected to remain below their November 2019 peak in 2022, but Toronto is forecasted to have the strongest bounceback next year.