Plans for a new city park at Spadina and Adelaide have been in the works for years, and a recent development application is offering up a first look at this future public space and a stunning condo tower that will accompany it at 101 Spadina.

The new application shows off renderings of a retro-inspired tower with soaring arches and ample greenery. Designed by Audax Architecture for developers Great Gulf and Devron Developments, the new building would rise 39 storeys above a 1,000 square-metre public park.

The current site includes a surface parking lot and a handful of businesses to the south, most notably Strange Love Coffee. All would be displaced by the proposal, though this is likely a few years away at the earliest.

Pouyan Safapour, President of Devron Developments, tells blogTO that the goal here was to create "a building that looks and lives as gracefully in 50 years as it does when it is built," standing out from the sea of glass towers with time-tested masonry finishes, and "taking cues from the character of the neighbourhood."

It's something that Safapour pledges will "live in harmony with the beautiful architectural heritage of Spadina Avenue."

For this, the developers signed on Audax Architecture, with principal Gianperio Pugliese forming a design approach "based on looking at the context and studying the patterns of building elements typical to the area." 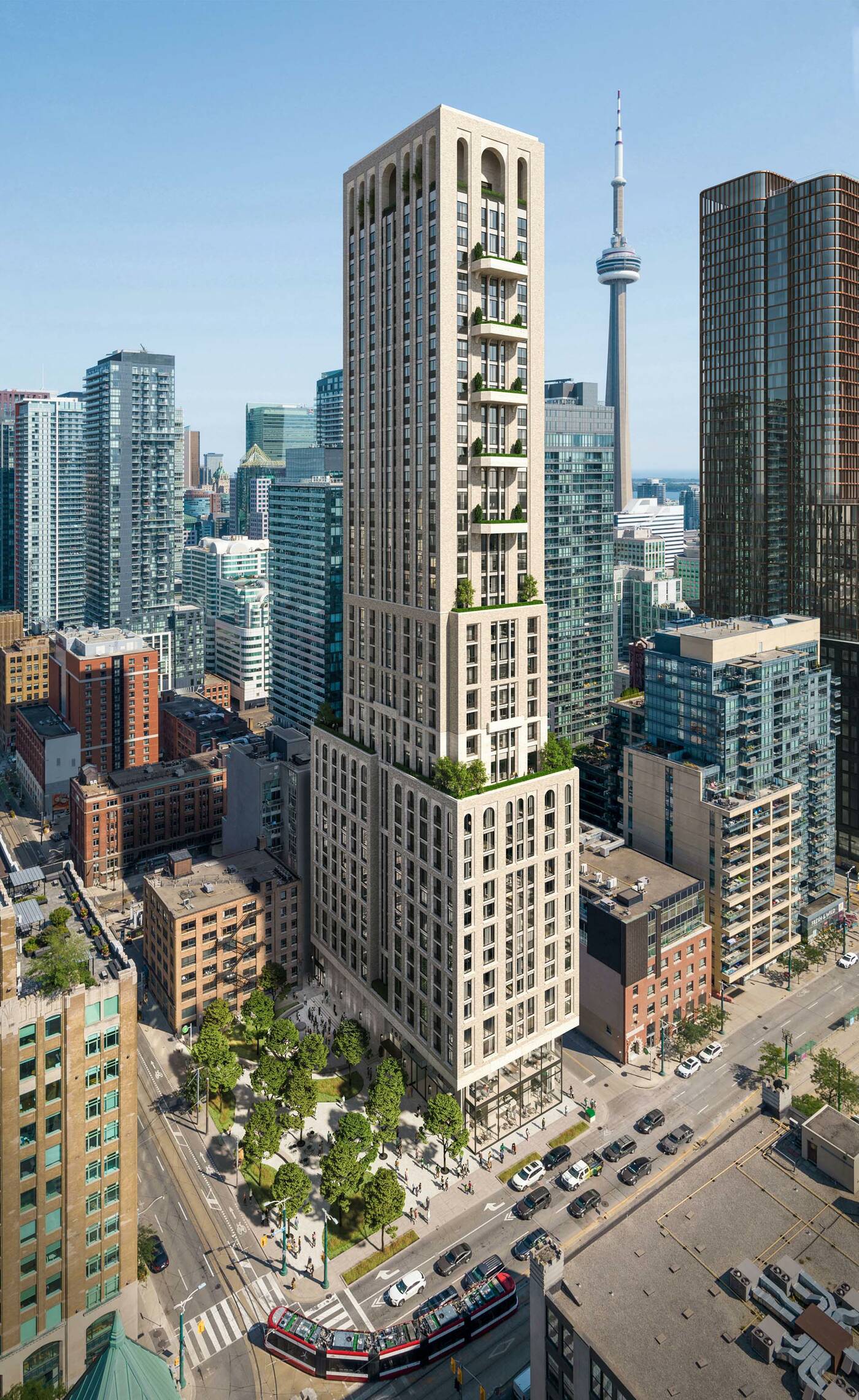 101 Spadina's architecture is influenced by the surrounding architecture, which includes a mix of historic warehouse and manufacturing buildings.

"In this way, we aim to create a timeless building that respects the past yet offers a new interpretation of traditional forms, all while respecting long-held and shared ideas of beauty in architecture," says Pugliese. 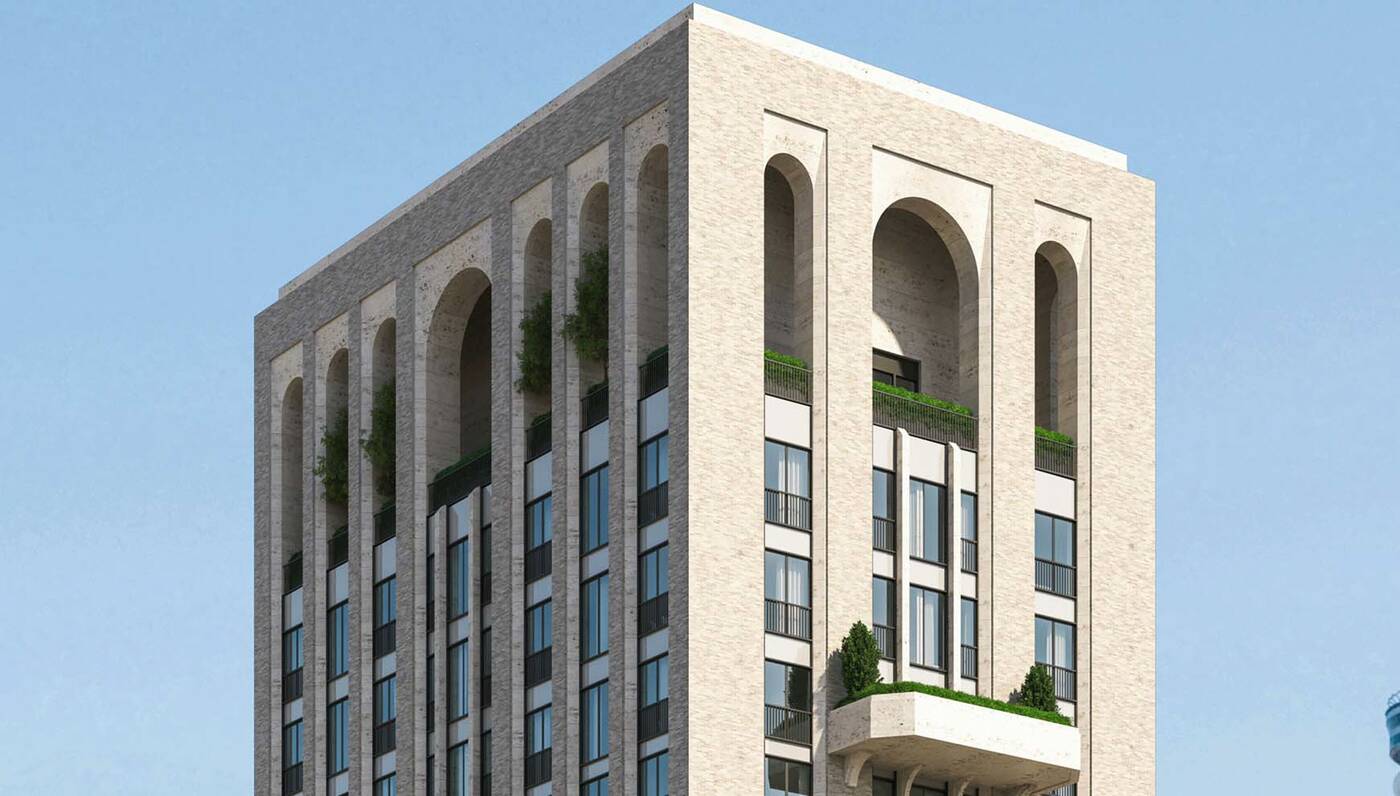 The building will include prominent arches, trees, and shrubs to set it apart from the glass towers that dominate the surrounding King West and Entertainment District areas.

The neighbourhood would get a much-needed park, but the project would also inject 394 units into one of the most densely-packed areas of the city. The vast majority of these units are proposed as investor-friendly one-bedrooms, at 236, along with 119 two-bedrooms and 39 three-bedrooms.

Aside from condos, the park would come with another caveat. Constructed on top of a parking garage, this public space will have a relatively short shelf life before it needs to be dug up and rebuilt a few decades down the road.

Such was the case recently with College Park, where a waterproof membrane between the park and a multi-level garage below had to be replaced, the reason behind the park’s 2019-completed revitalization.