Toronto just can't seem to build enough condos to meet the unrelenting demands of the market, and with land growing scarcer, developers are turning to increasingly unconventional sites to pack in these sought-after units.

Slate Asset Management is the most prominent land-owner in the vicinity of Yonge and St. Clair, pushing along several building restorations and new proposals in recent years and injecting $55 million worth of capital investment into the area.

Their latest ask aims to bring a soaring presence to the intersection's southwest corner, with plans to retain the existing office building on-site and incorporate it into a 49-storey tower.

A new application with the city seeks the green light to redevelop 1-13 St. Clair Avenue West, home to a trio of buildings extending west from Yonge. Most notable is the 1968-built Padulo Building at 1 St. Clair W., an existing 12-storey office known for its Modernist-style architecture with distinct grids of rounded rectangular windows. 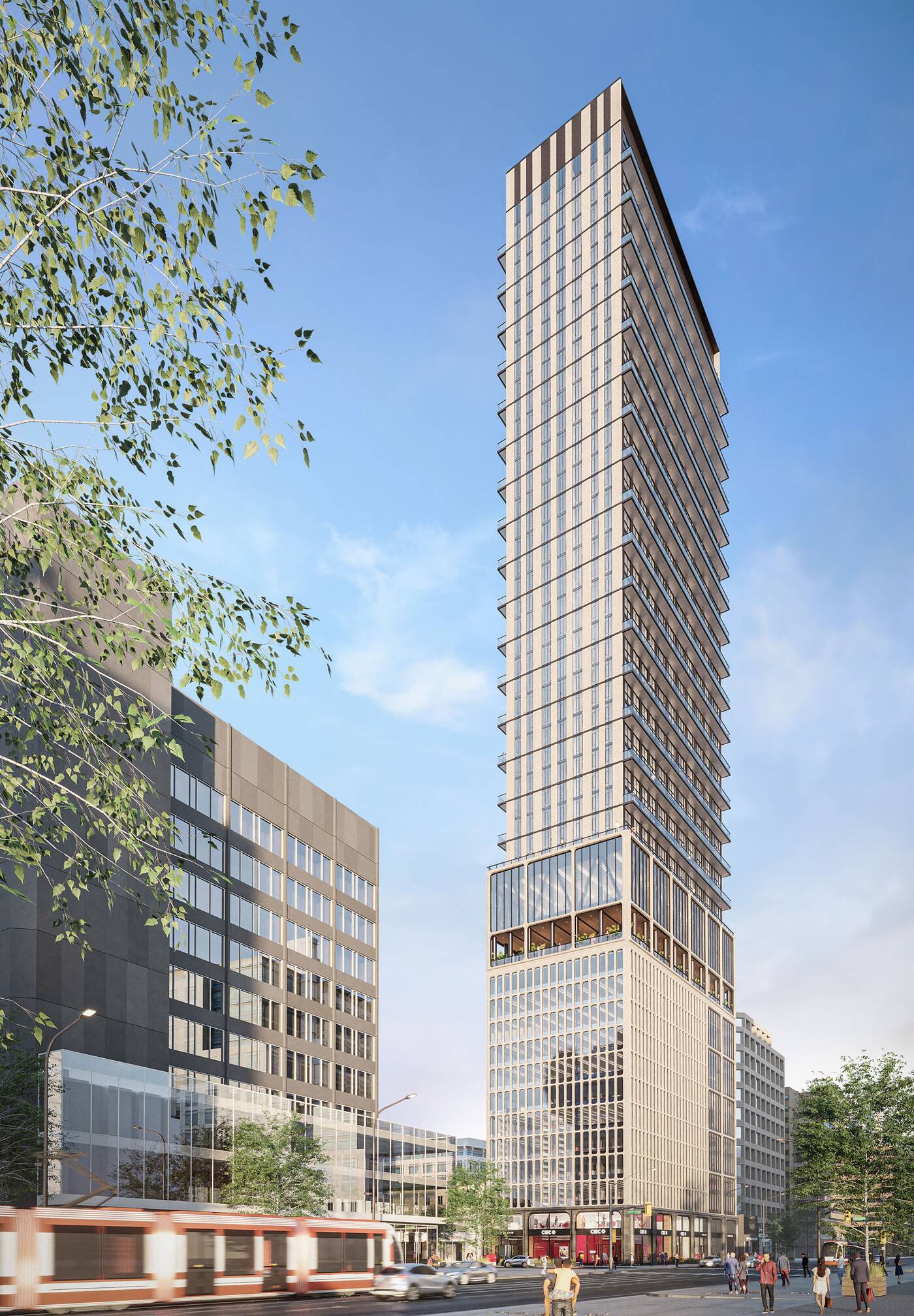 This building would be retained, expanded, and modernized, while the pair of neighbouring low-rise buildings at 11 and 13 St. Clair W. would be torn down, and the current businesses (including Shenanigans Pub and a Pizzaiolo location) lost to make way for change. 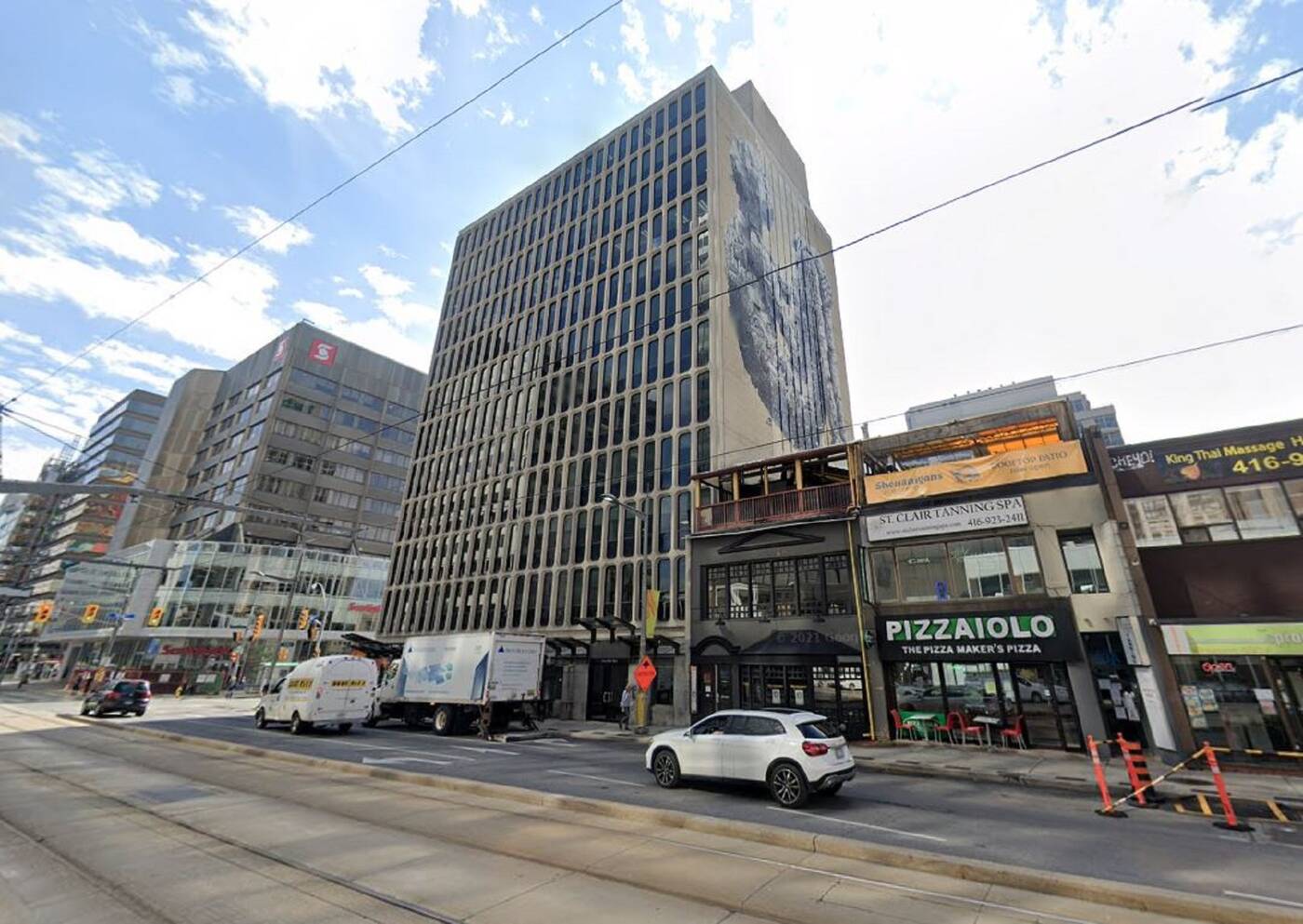 The office building would be renovated and expanded, while the two retail properties on the right would be torn down. Image via Google Street View.

In their place, the office tower's footprint would be expanded to form a larger base for the Gensler-designed development.

The Padulo Building's distinctive facade would be replaced with a modern interpretation featuring a similar window pattern, with extensions to the west and above showing off a design clearly influenced by the current office property. A new and improved CIBC branch is planned at street level. 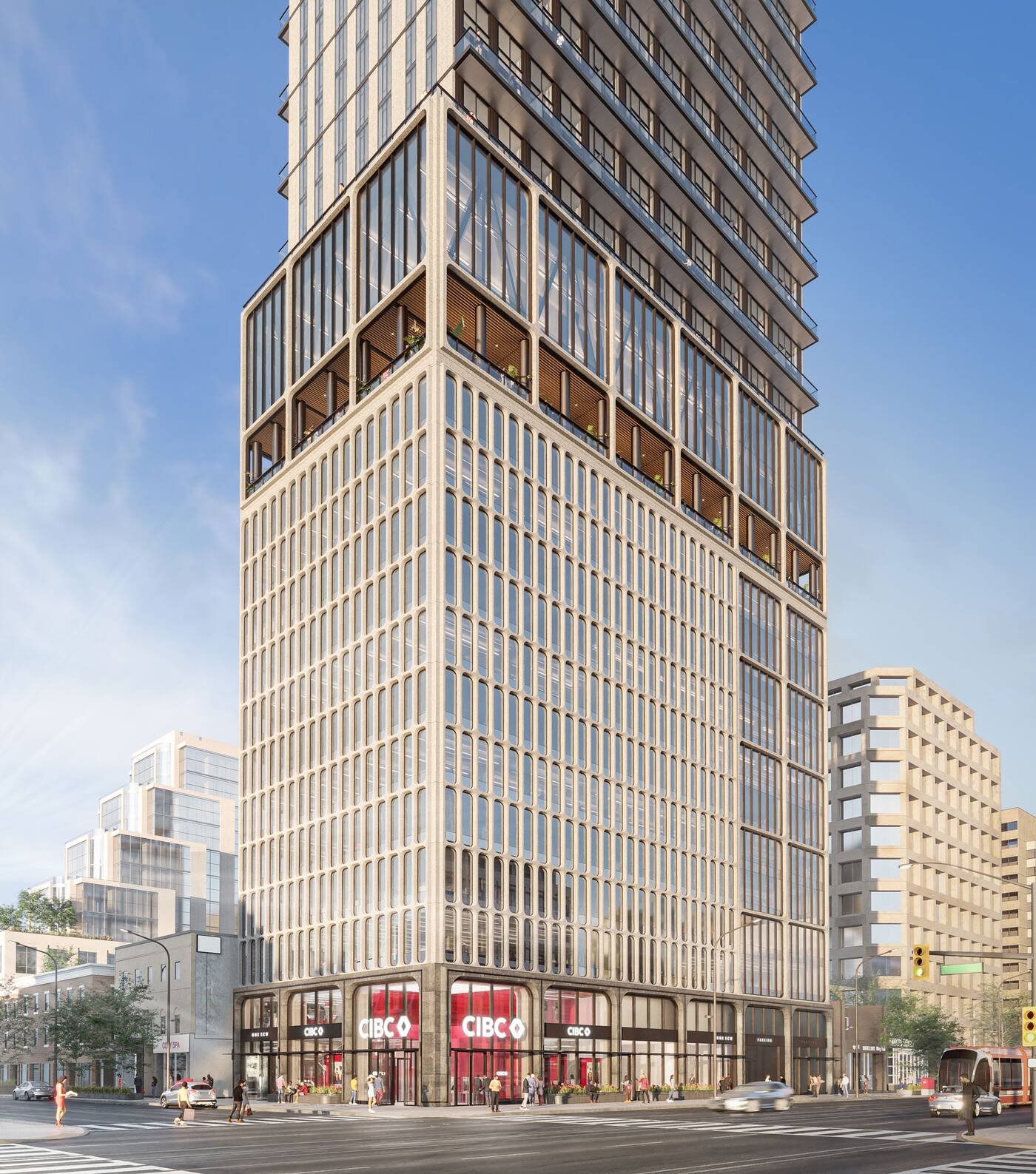 Above the expanded office tower, three transfer levels would house a mix of residential amenity space and structural elements required to support the new 33 new levels above.

And these amenity spaces are shaping up to be pretty spectacular, with a rendering offering a sneak peek at the 360-degree views of Toronto that will be a highlight of the building.

Yonge and St. Clair's topography will help these views, the elevation dropping sharply to the south. 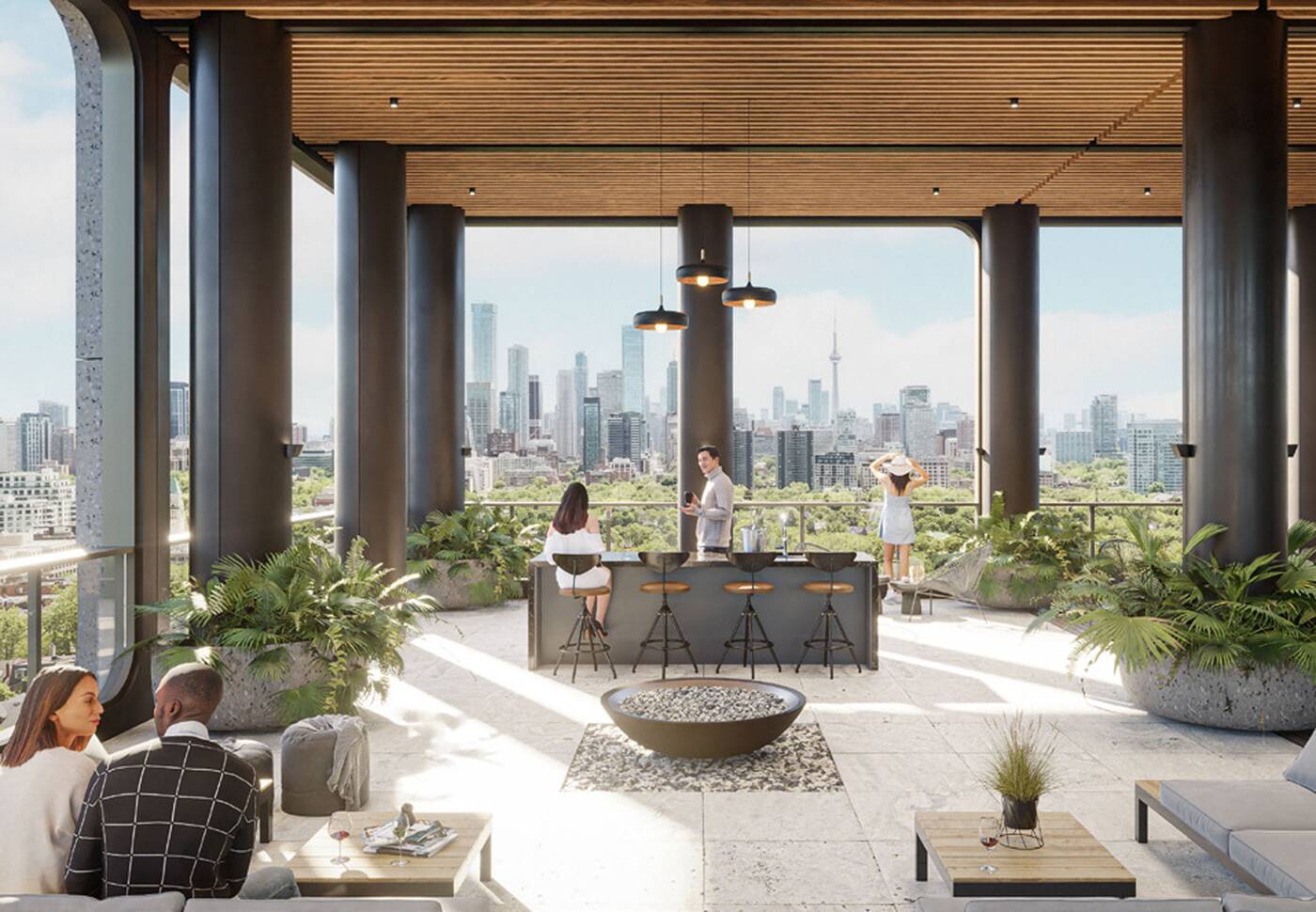 Residences are proposed above, starting on the 16th floor. A total of 340 condominium units are planned and set to have even more spectacular views of the city skyline.